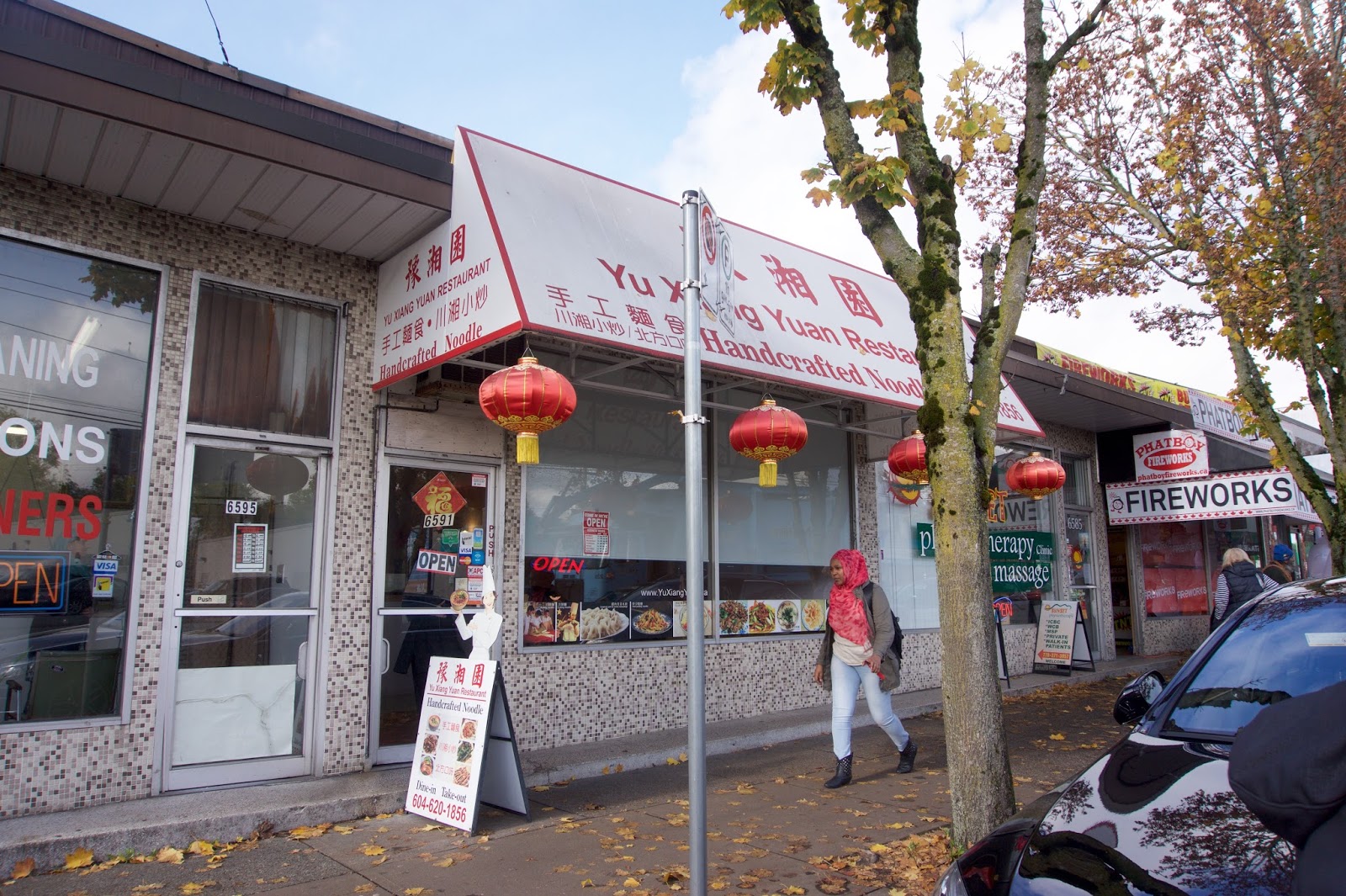 Ever since break started, I've been relaxing at home heheh. I literally haven't gone out in 4 days. So I've been eating my mom's cooking!! When I have school, having time to eat at home is a luxury!! So I'm super thankful my momma's cooking for me ~ THANKS MOMMY!!

When we arrived I did a double take, because the sign outside the door is exactly the same as Peaceful's! See the lady holding the bowl of noodles?! They serve a lot of the same dishes too, knife sliced noodles, cutting noodles, etc!

My dad was actually really impressed with the food, he was like "I like this place better than Alvin Garden." That I have to disagree with ;)  I'm totally Team Alvin Garden!! Who's with me?!

My parents chatted up the owner and she told us she's from Hunan, but she specializes in Shanxi/Hunan cuisine! She also assured us that everything is made in house and cooked family style. She doesn't hire any outside help, her husband and son help her run the business!

The owner was super nice and recommended that we try their pan fried dumplings and knife-sliced noodles! We wanted to order their stewed pork belly, but they said that they stopped making it! 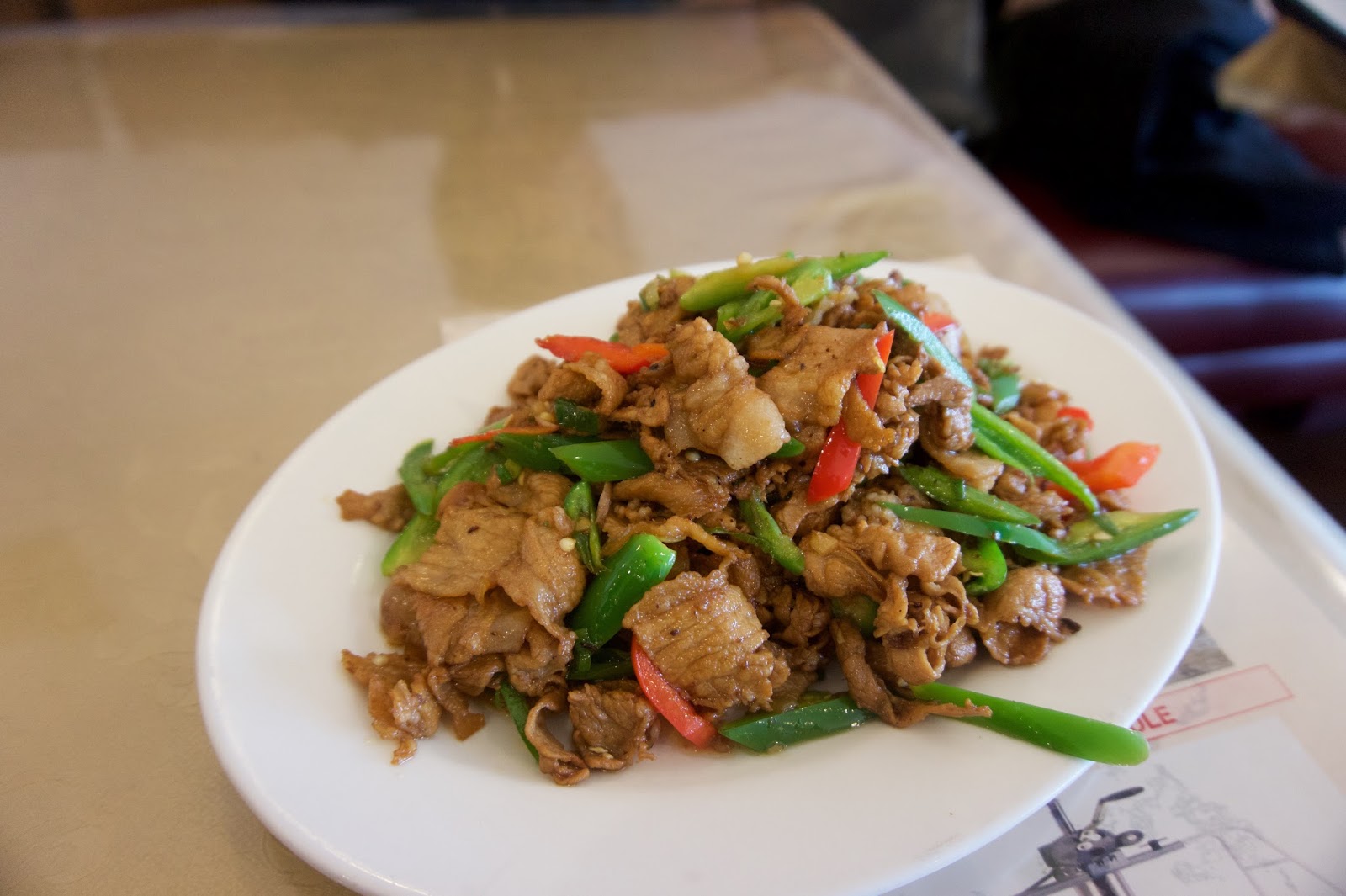 This was pretty tasty!! I was surprised with the meat-veggie ratio, there was a ton of pork belly!! The pork belly sliced super thin and pan fried, rendering the skin nice and crispy!! This was actually really spicy, and we ordered medium spicy! The pork itself is really flavourful without being too salty. It was a bit greasy though, but I didn't mind! Yayy Knife Sliced Noodles!! I have to say, this is as good as Peaceful's version!! The noodles were thick, chewy, and cooked al dente!! We opted for the spicy lamb version, and it was really good!! The lamb didn't taste gamey at all and it had just the right amount of heat!! 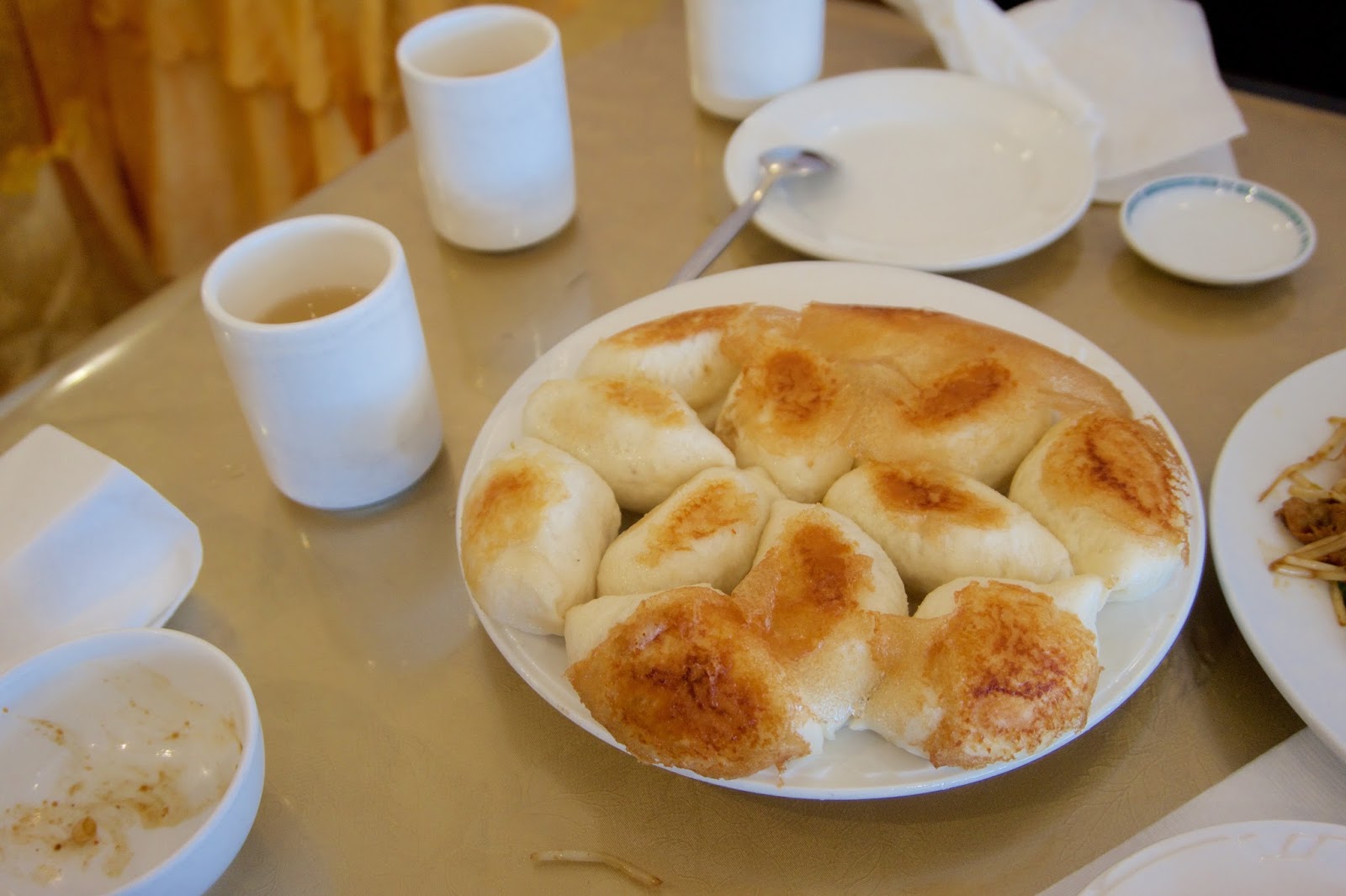 These pan fried dumplings were really reminiscent of bao zi!! The skin is thick and doughy, but super crispy on the outside!! The layer of crispy thin on top was really neat and added a lot of textural interest! The filling on the inside was juicy and flavourful! These were really filling, so we had trouble finishing the last few pieces! 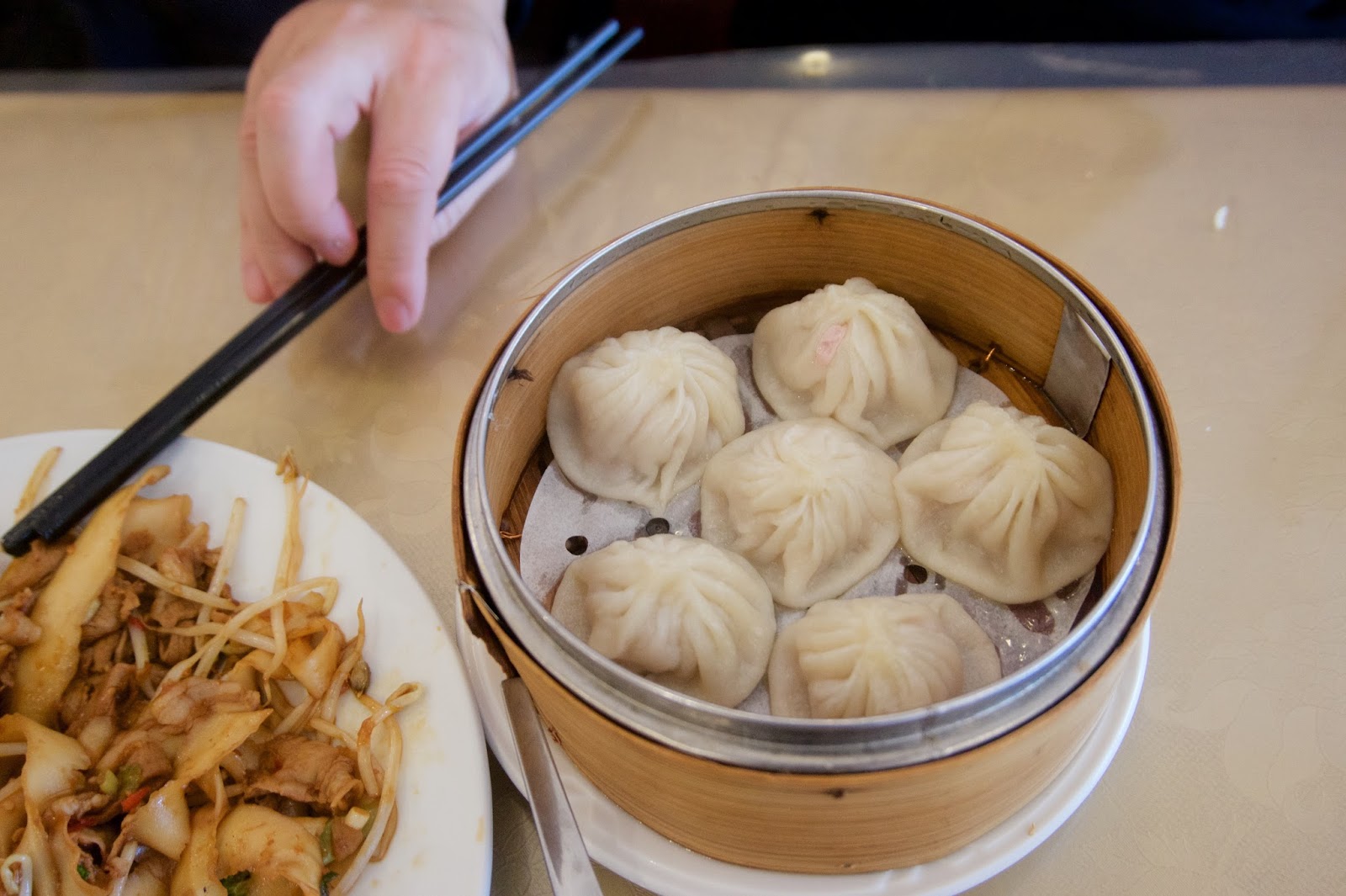 My dad wanted to order the xiao long bao as a filler dish!! I didn't high hopes, being that this isn't a Shanghainese place. The XLB was decent, the skin wasn't too thick, and the filling was juicy! But definitely can't compare to a really well made xiao long bao!! 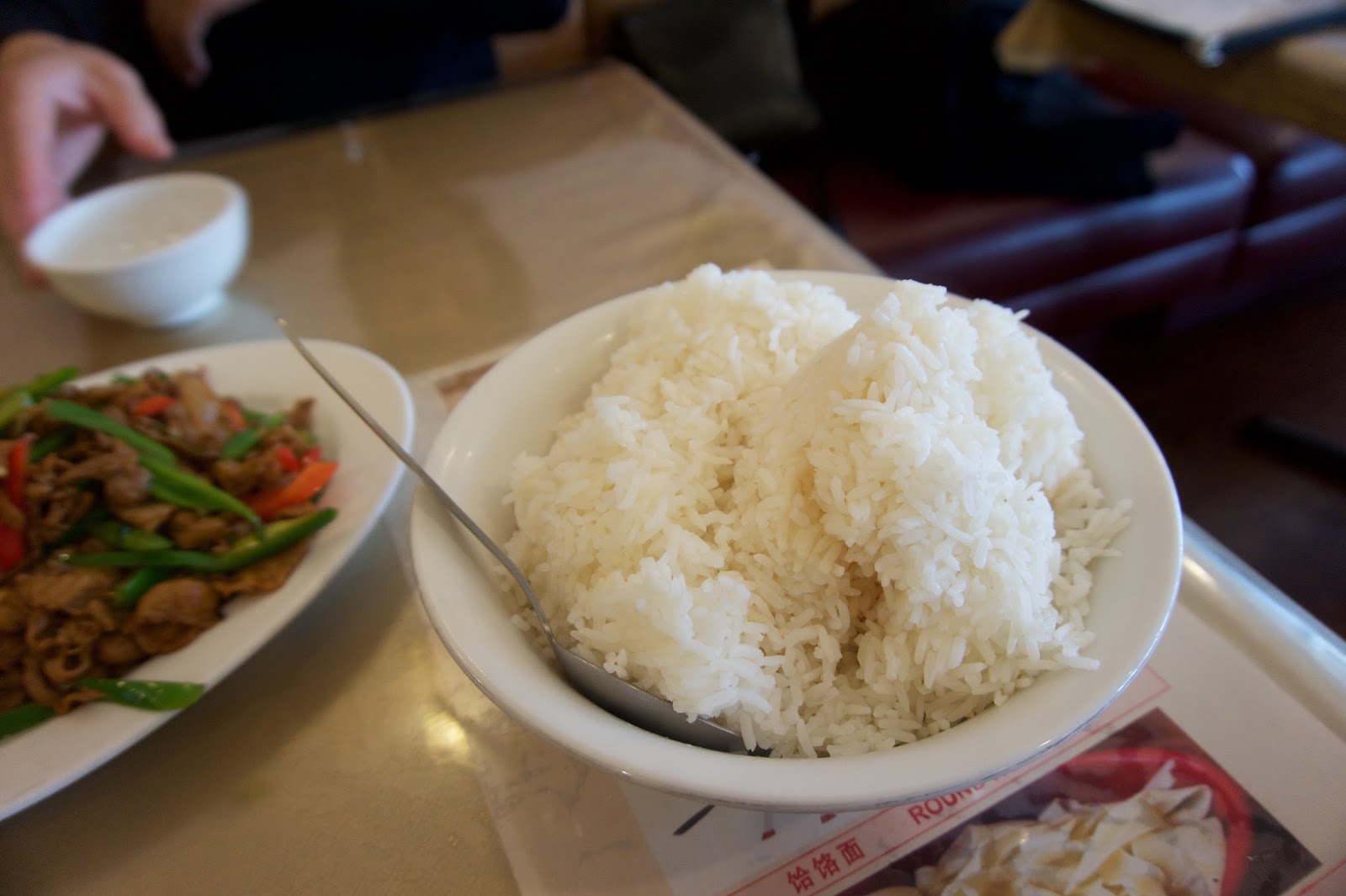 A large heaping of rice!! :D 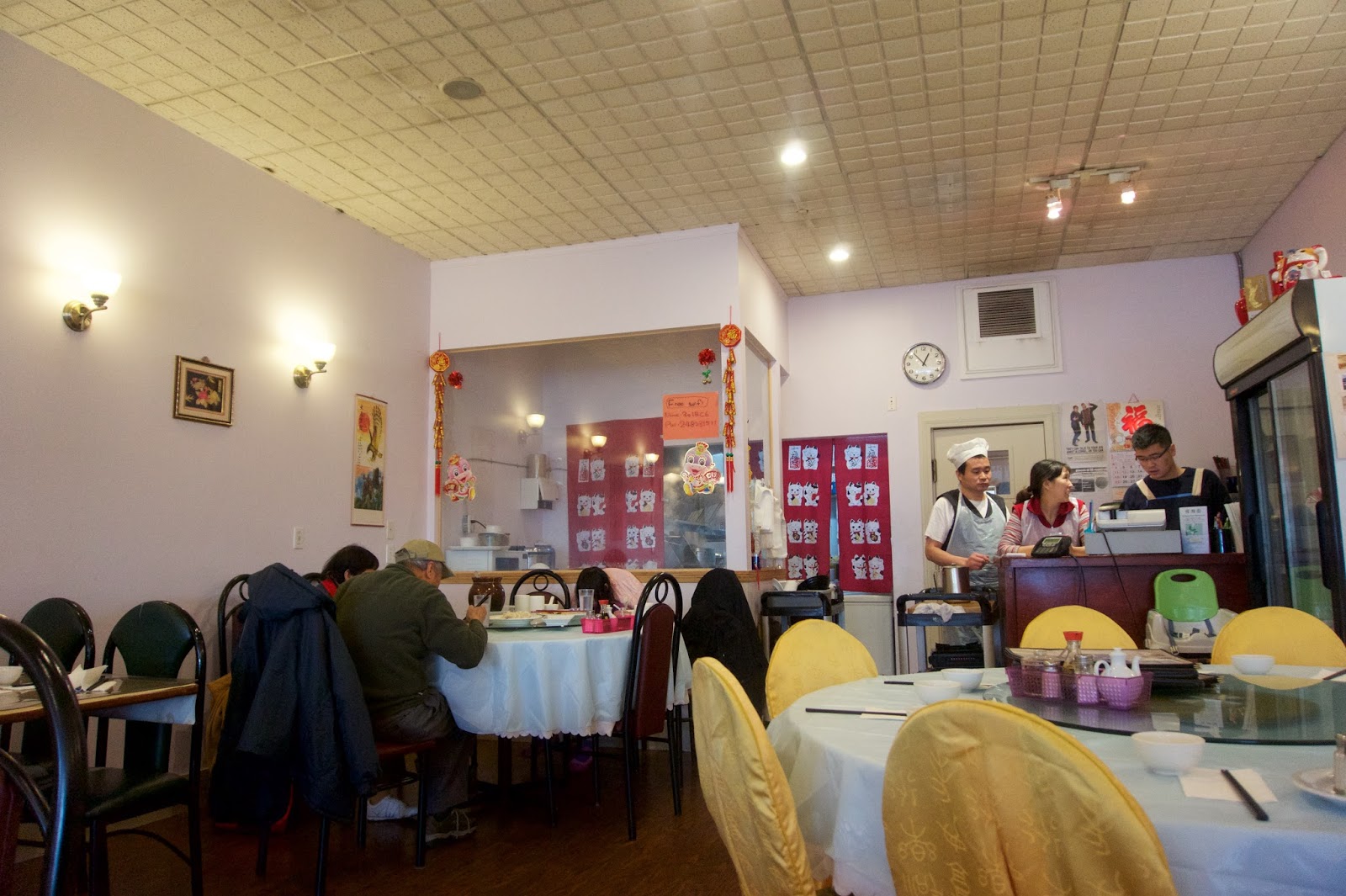