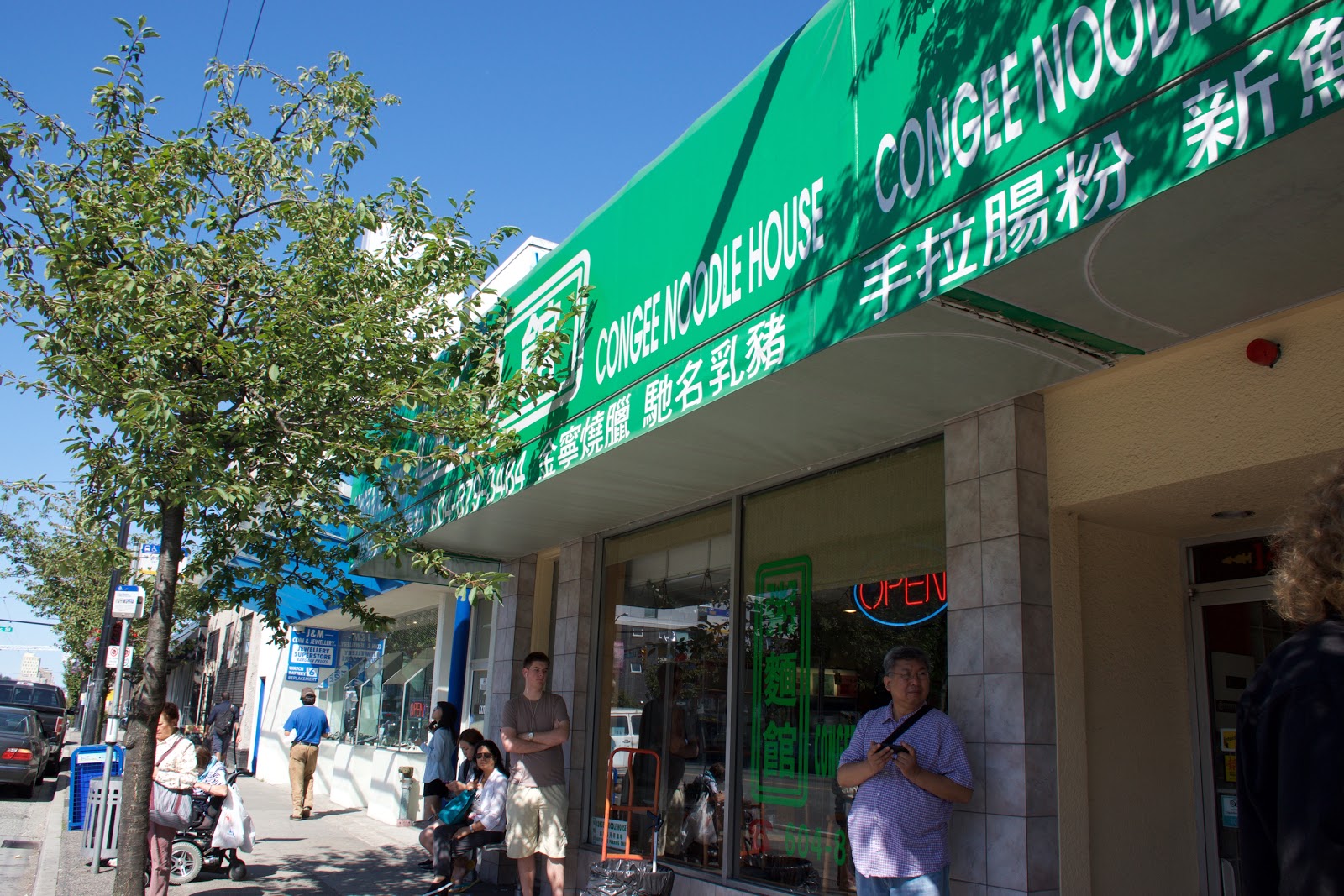 I'm currently coming to you LIVE from...the SFU bookstore!! What, did you think I was at some exotic locale? ;)

There's actually a really nice seating area inside the bookstore (with reclaimed wood tables!!) And the wifi here is super fast!

I actually have to be at UBC in a few hours. Le sigh ~ thankfully I discovered that there's a bus outside the bookstore that goes straight to UBC!! That way I don't have to take the Canada Line to Broadway City Hall!

Anyways, I totally forgot about this post ~ I actually ate here during the summer!! I went to Congee Noodle House to fuel up right before my SOCI final (I managed to get a decent mark, thanks CNH!!)

I really like Congee Noodle House. They don't have the best food, but I like how simple and unpretentious it is!! And the fact that it's really affordable!

I bet my Dad would really like this place. I should take him here sometime. I told him about Congee Noodle House and he was like "Really, well how come I've never heard of it? It's probably not real Cantonese food." And I was like "It is, it's filled with old cantonese grandpas reading newspapers!! You can't get more legit than that!!"

CNH has two locations, one on Kingsway in East Van, and this one on Broadway! This location is right in front of the 99 bus stop, so after my meal I hoped on the bus and went straight to school!! 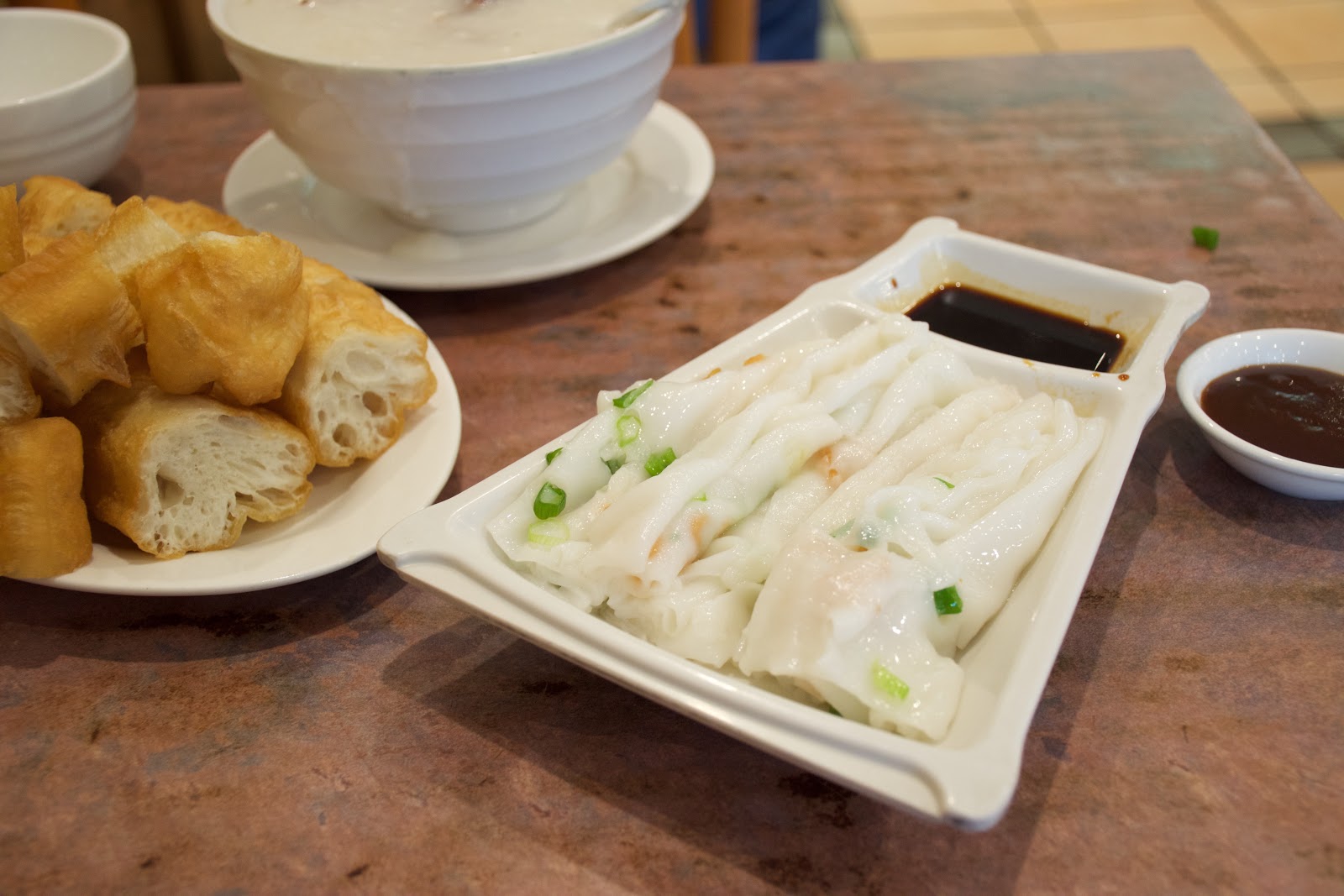 The rice rolls here are the kinds with the folds ~ legit Guangzhou style!! It tasted really good too!! The rice rolls were the perfect texture, bouncy, without being overly soft!! The shrimp gave it a lot of flavour, I didn't even need to use the sweet soy sauce on the side!! 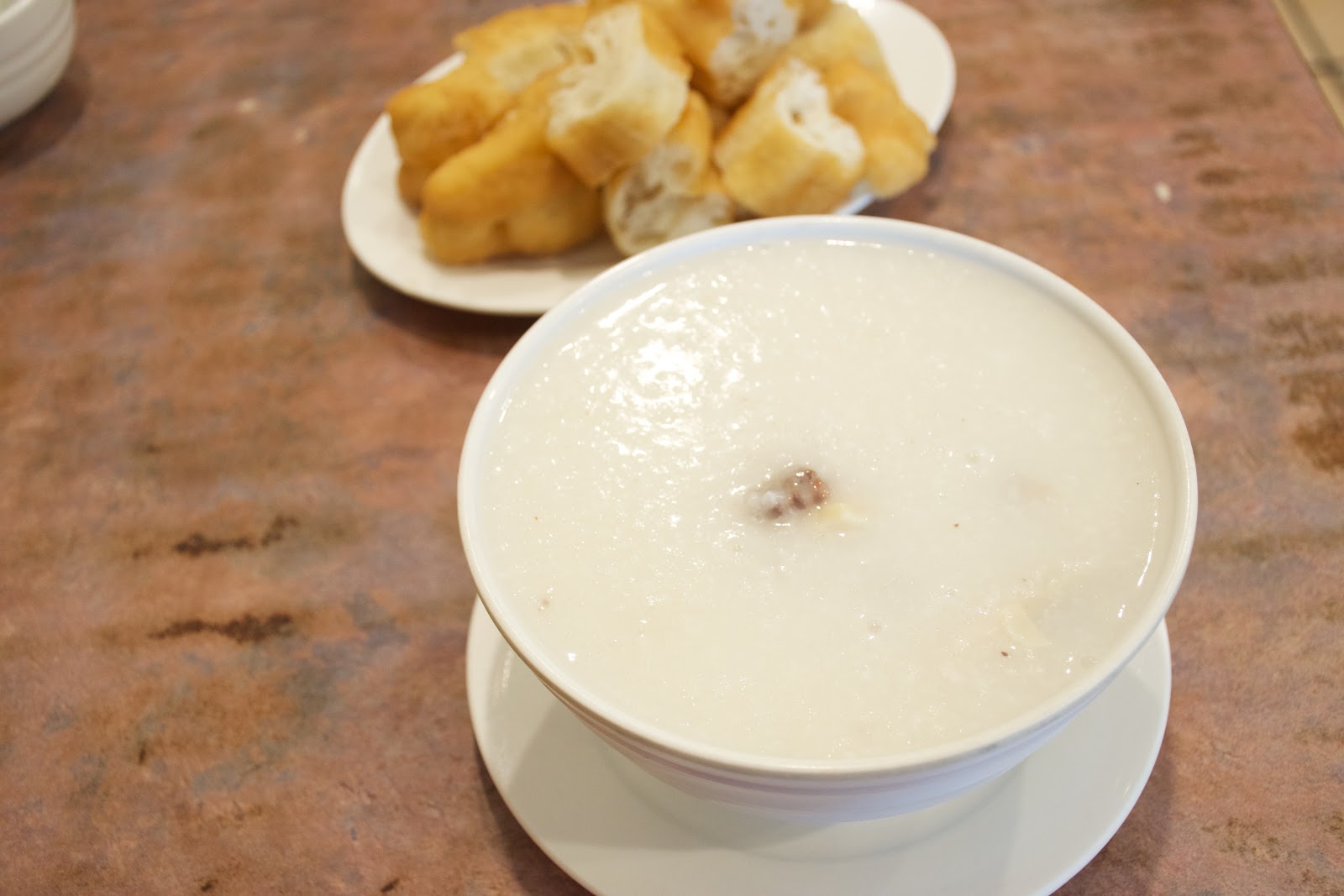 The congee itself was quite good!! It was super flavourful (probably from msg.) It wasn't too gloopy or watery. The chicken was surprisingly tasty as well, it tasted like salt baked chicken! It came in a huge bowl (that was almost overflowing) but I managed to finish it all! 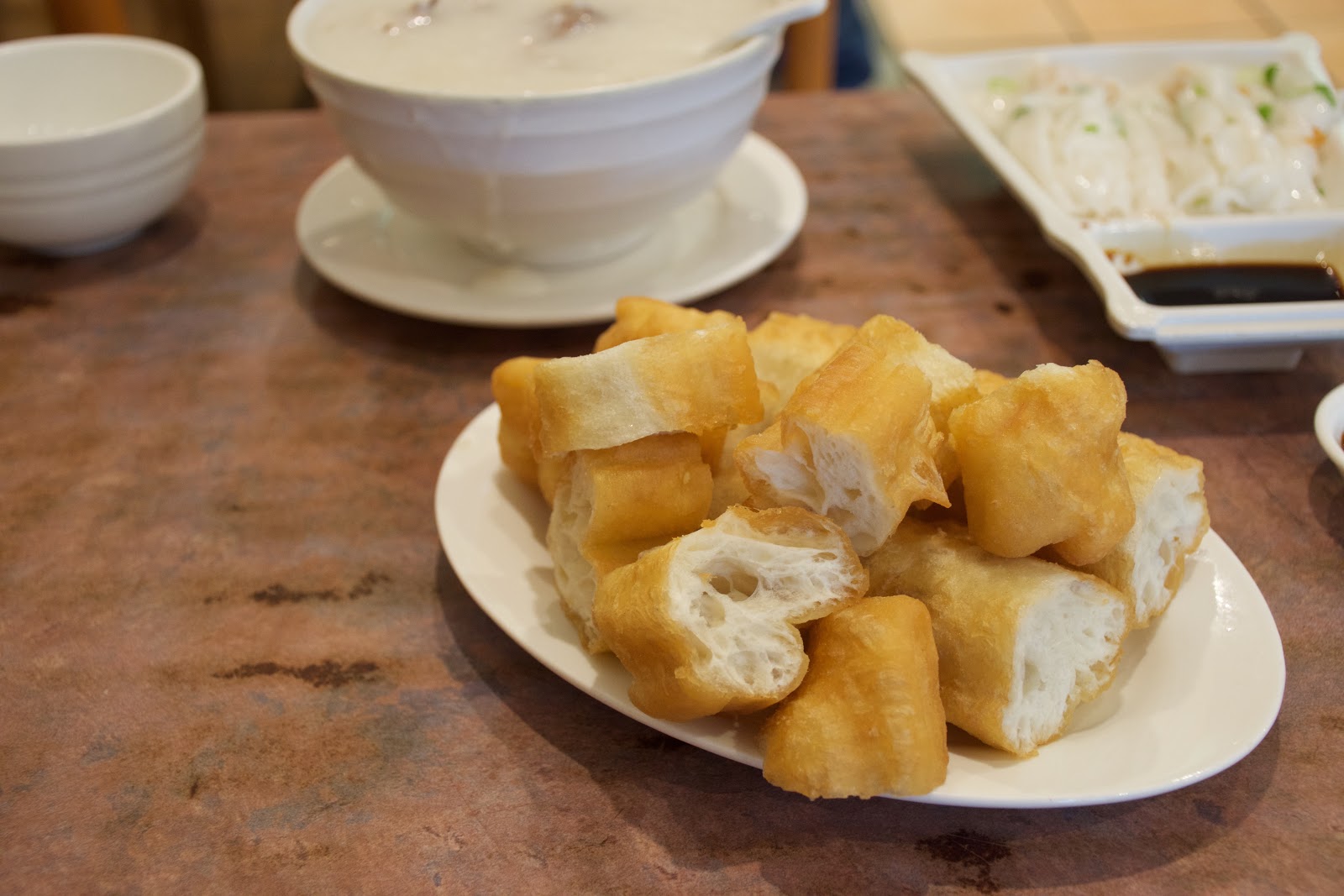 How can you have congee without some yo zha gui? This was okay, the doughnuts aren't freshly fried so they lose some of their crispiness. The inside was a bit too dense. But flavour wise, really good!!