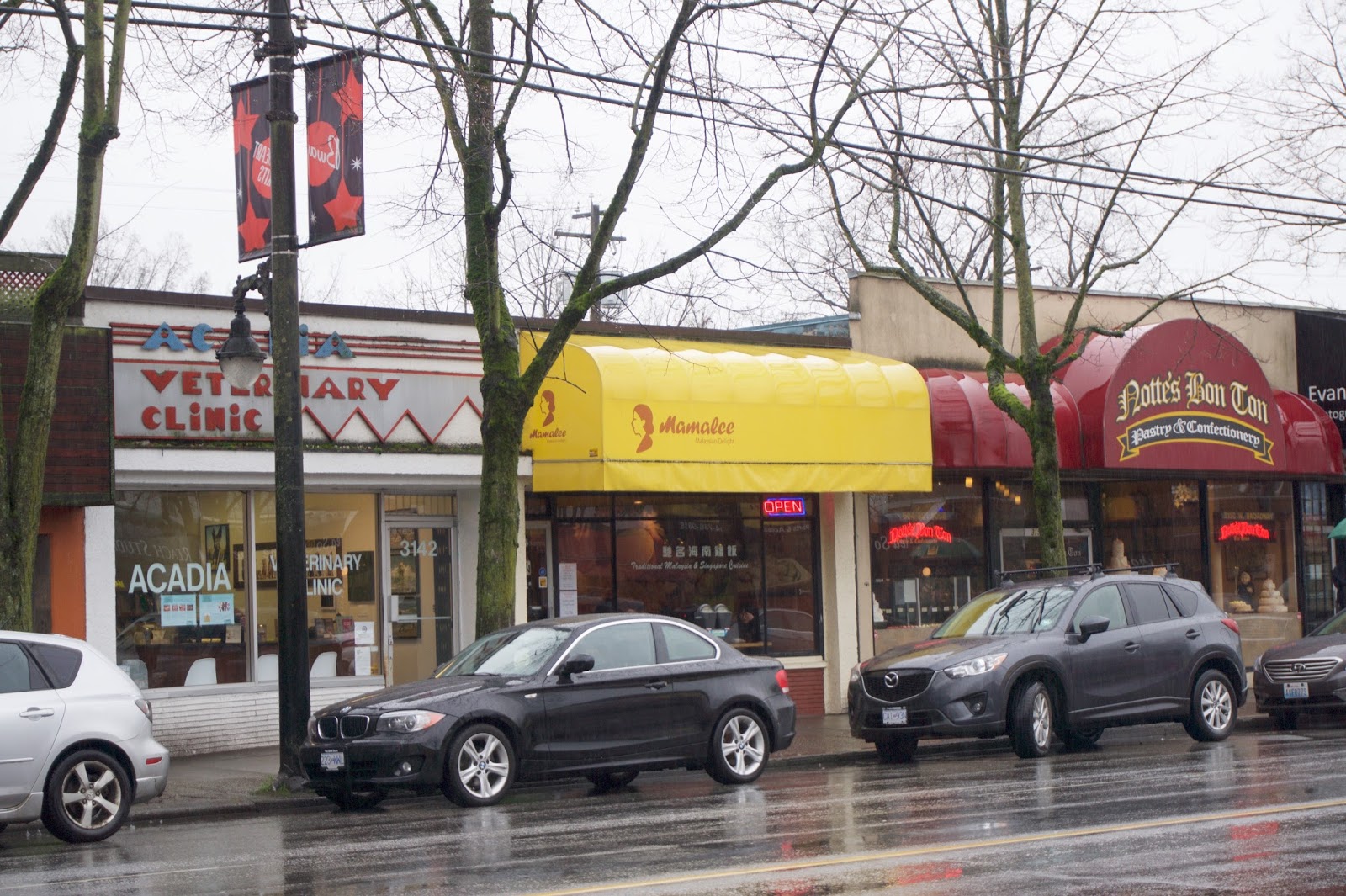 I've been REALLY into chicken lately. The other day I went to Whole Foods and ate an entire rotisserie chicken (and a full sized bag of chips) by myself - for lunch! Yea, I got quite a few stares :D

It wasn't all that great but it was comforting to know that the chicken was antibiotic/hormone free, ethically raised and vegetarian fed (yea yea, cue the eye rolls.)

Anyways, I finally made it out to Mamalee's the other day during one of my lunch breaks!! I've been dying to come here since it's so close to UBC!

Mamalee's is run by the same folks who run Cafe D'Lite in Aberdeen!! The last time I tried coming here I was with a friend ~ we were on the 99 bus and we were planning on going to Mamalee's for an early dinner after class, but we canceled our plans after we realized we had to walk 10 mins (in the pouring rain!) from McDonald Street to Mamalee's...we ending up eating at Crystal Mall instead!

I mistakingly thought that ordering half a hainanese chicken (for $14.50) would suffice. Boy was I wrong!! The thing was tiny! So I ended up ordering a second plate hehe. The guy was like "Is that to go?" ...why do I always get asked that? 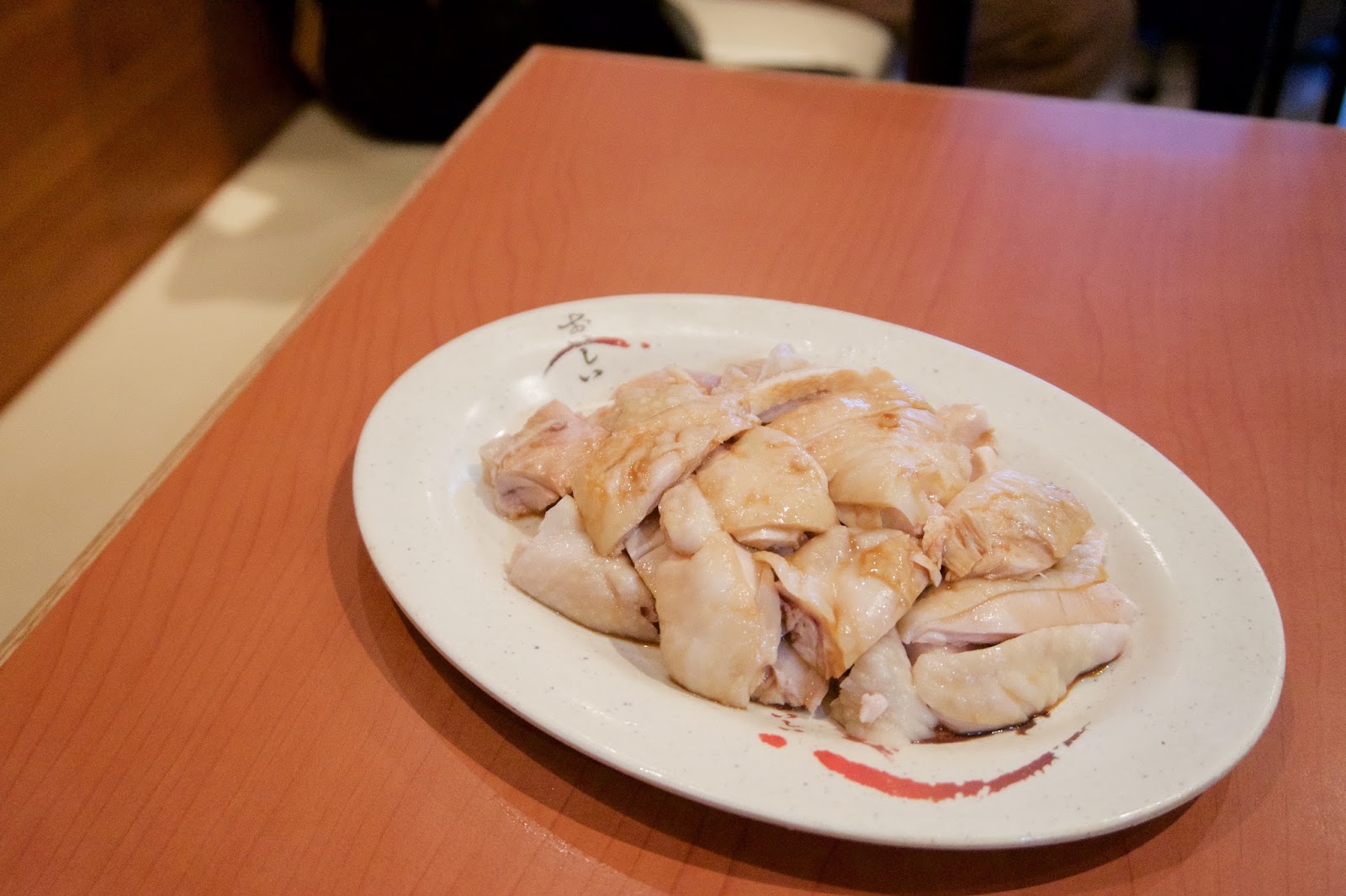 This had all the makings of a well executed hainanese chicken!! The only thing that caught me off guard was the price. It just didn't seem like it was worth the price. The table beside me had the large order and it didn't look like much for $28.50!

The chicken was soo good though! It was super silky and juicy!! And I loved how it was boneless! The chicken itself tastes pretty light, with only a hint of soy sauce. It comes with green onion/chilli sauce on the side for you to dip your chicken in! I ended up ordering a second plate (below) because the portion size was so tiny! 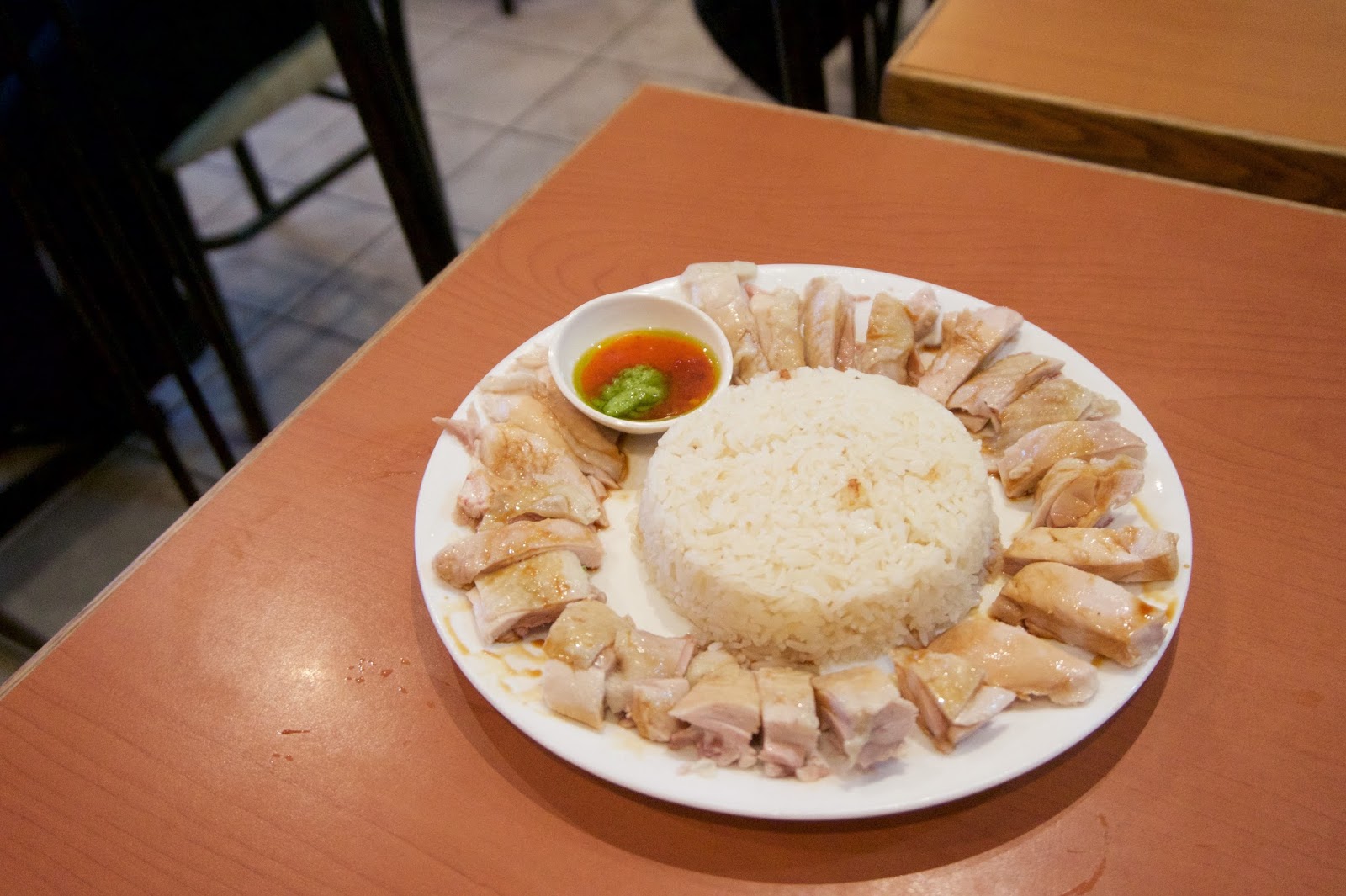 This was a few dollars cheaper, so if you're eating alone, this is definitely a better deal because you don't have to order rice separately! The portion of rice it came with also looked a lot larger than the rice I ordered separately (for $2!) The way they presented the chicken made it look deceivingly large but there actually wasn't that much. 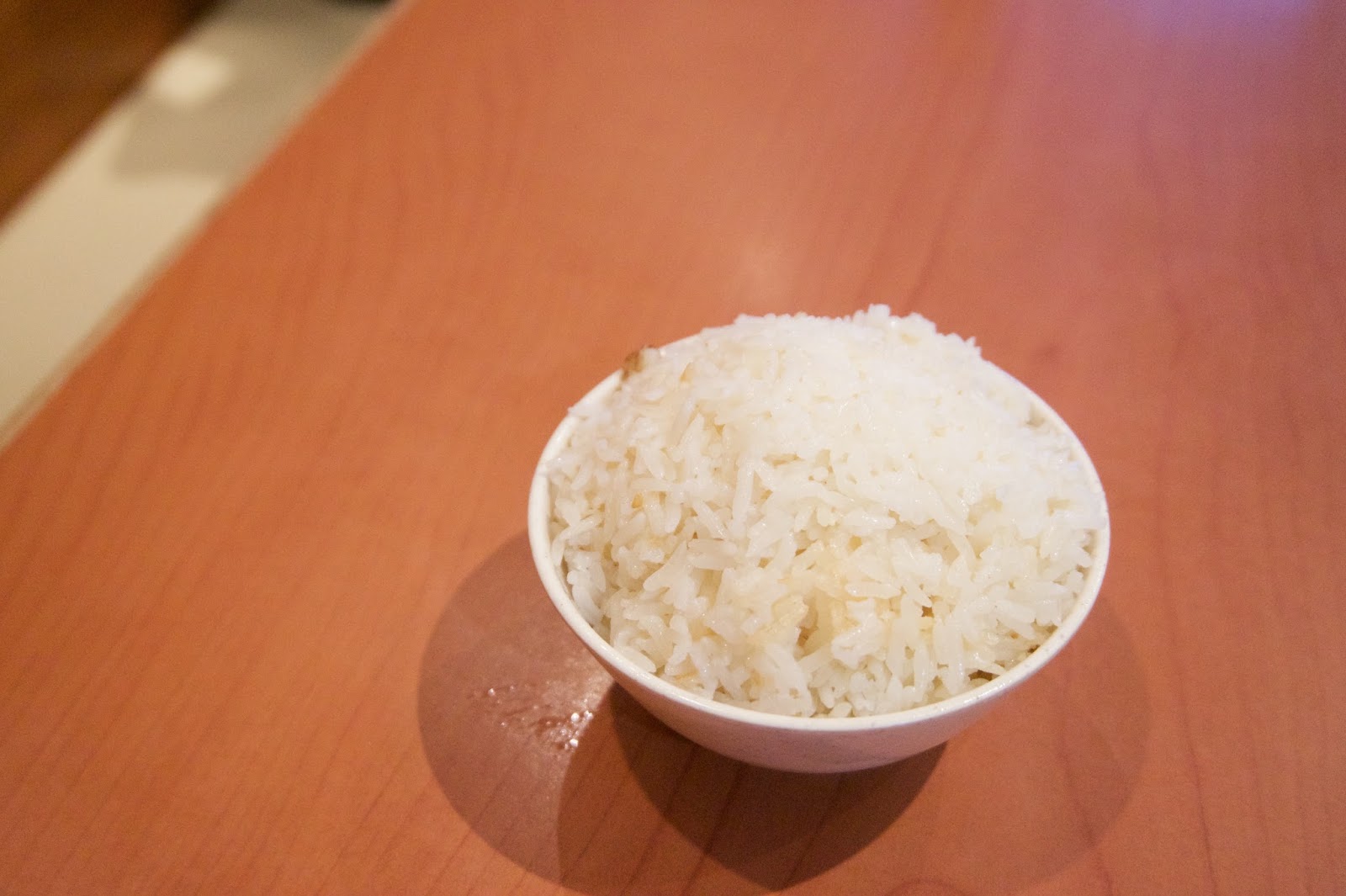 The chicken rice here is on point!! It's super fragrant, with a strong chicken oil scent/flavour!! The rice is grainy and not too dry!! 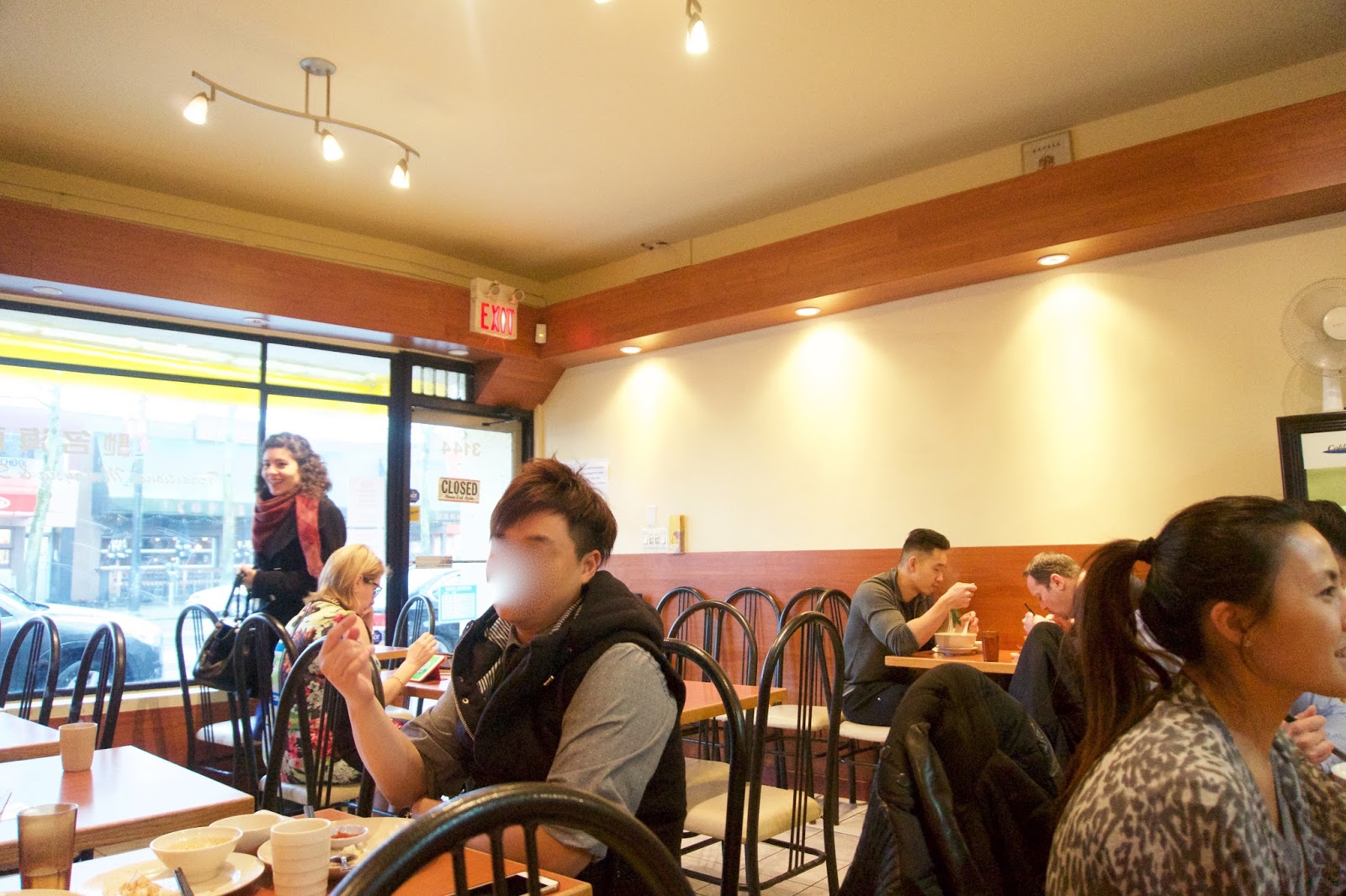