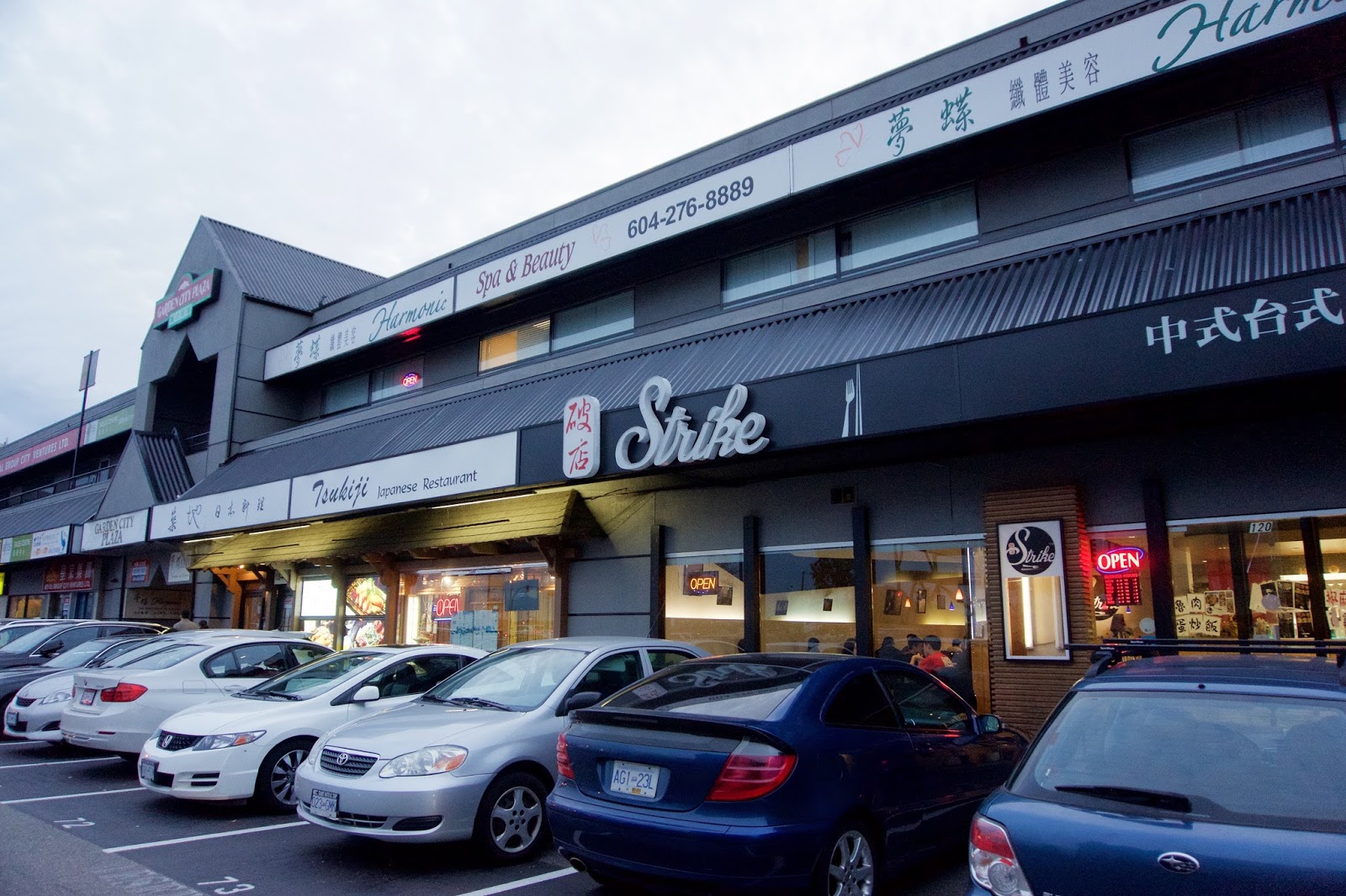 I only have school 3 days a week this term, guess what I've been doing on my days off? ...I've been staying at home! *le gasp* I've turned into such a homebody!! (Not that there's anything wrong with being a homebody.)

As a result...I haven't been eating out as much. These days I'm just too exhausted to go out (even for food) ~ much to the delight of my parents (not going out = saving money.)

Anyways, I went to Strike the other day with my dad when we were Richmond!! I practically go to their Kits location every other week now!!

When we walked in...guess who was there? The guy who works at their Kits location!! It was semi-awkward because he recognized me...and my dad was like "Who's that guy?!"

Strike's chinese name is "Puo dien!!" Puo Dien roughly translates to "Run Down Shop." Hilarious I know. I guess that would explain the tattered menus? My dad was the one who told me (I can't read chinese!) 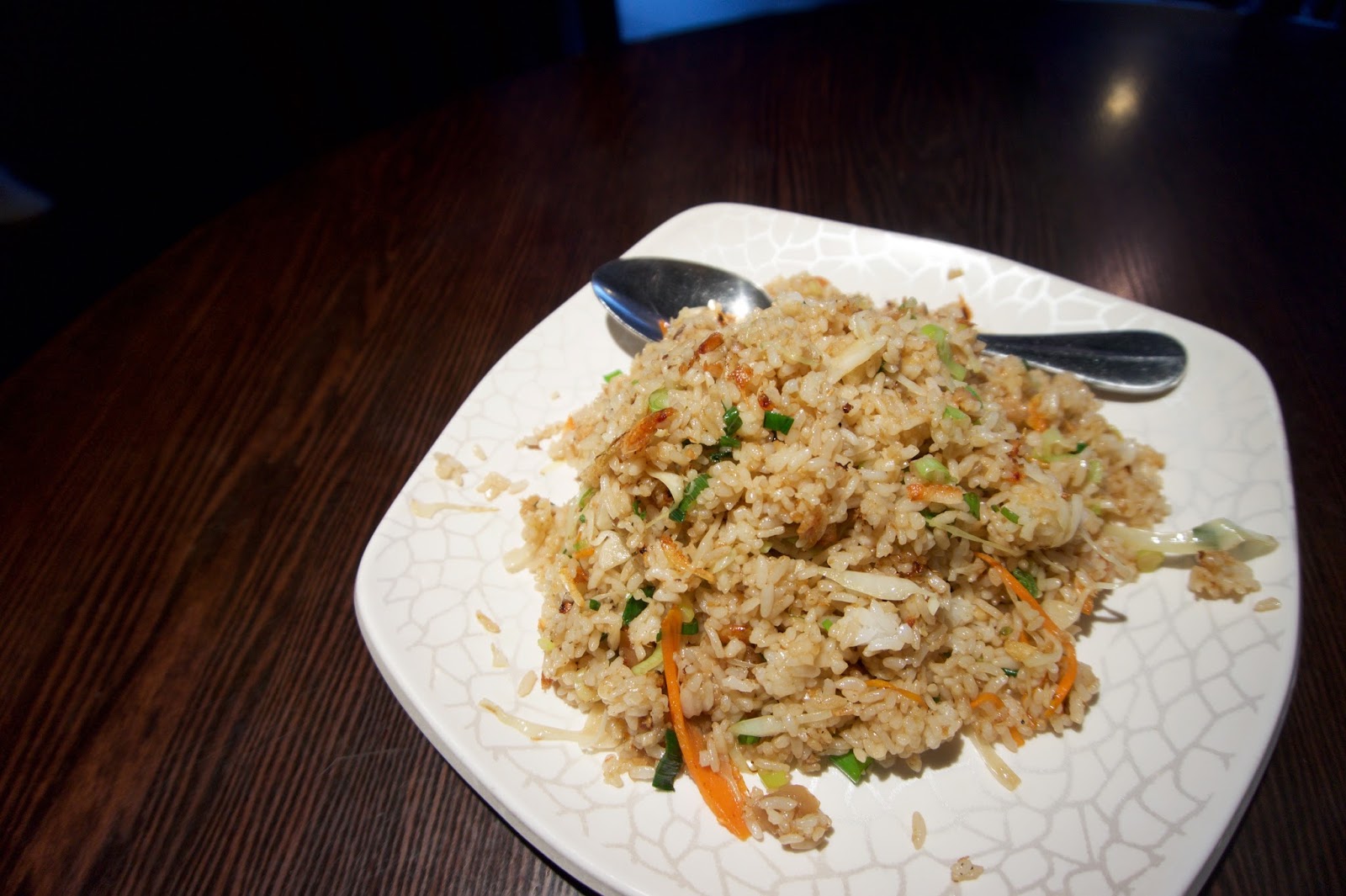 This dish is only available at their Richmond location!! The Kits location doesn't serve fried rice. This was quite nice!! It was loaded with sakura shrimp, which gave it a lot of texture!! It was quite fragrant too, with a ton of wok hey going on. 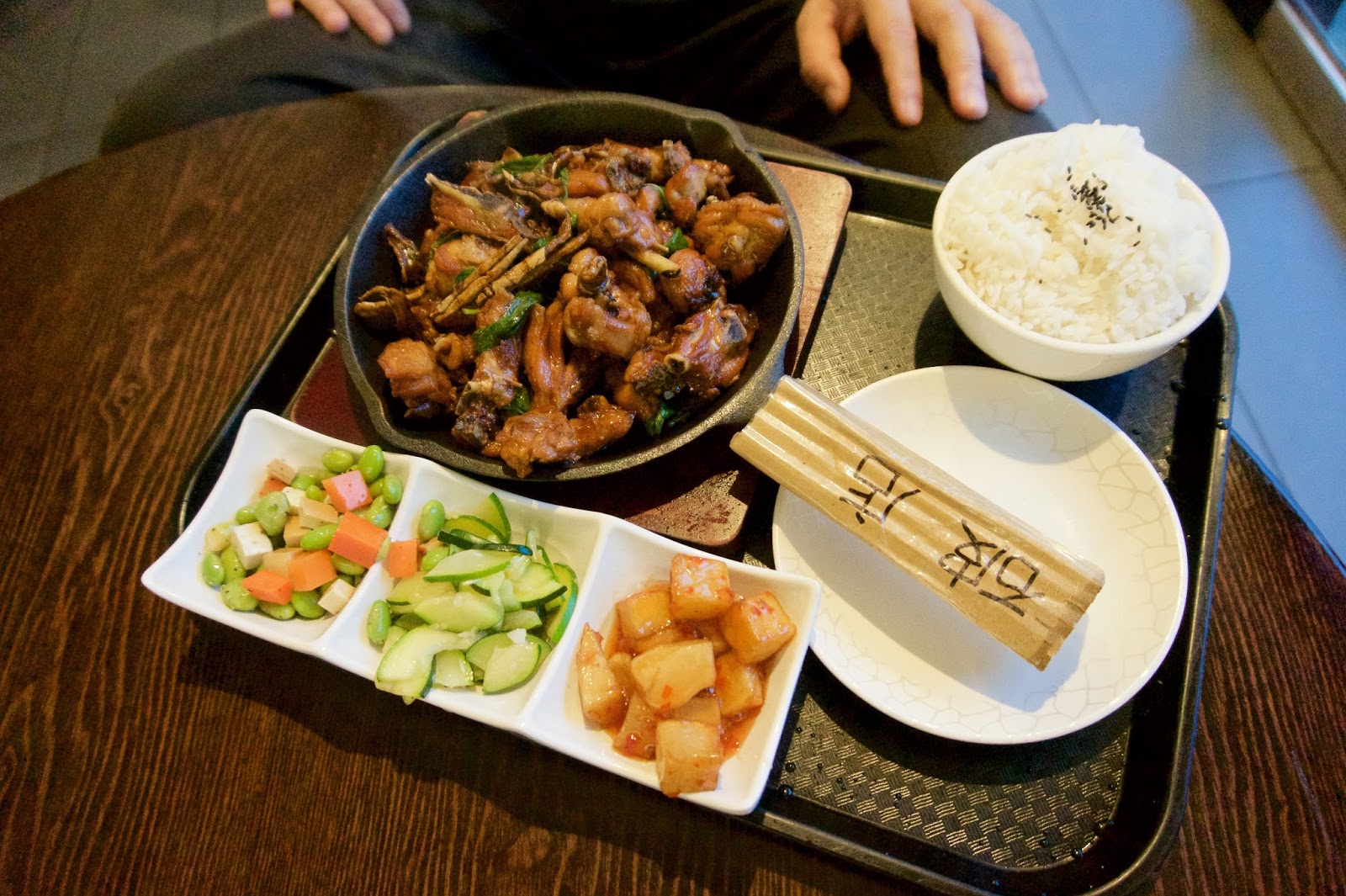 My dad had their 3 cup chicken!! Visually, the combo is a lot different than the one at their Kits location! The chicken came in a cast iron skillet, the one at their Kits location comes in a regular plate!! As a result, this definitely looked liked it had more chicken!! Taste and texture wise, it was pretty much the same!! The chicken looked the same, with familiar notes of ginger and basil. 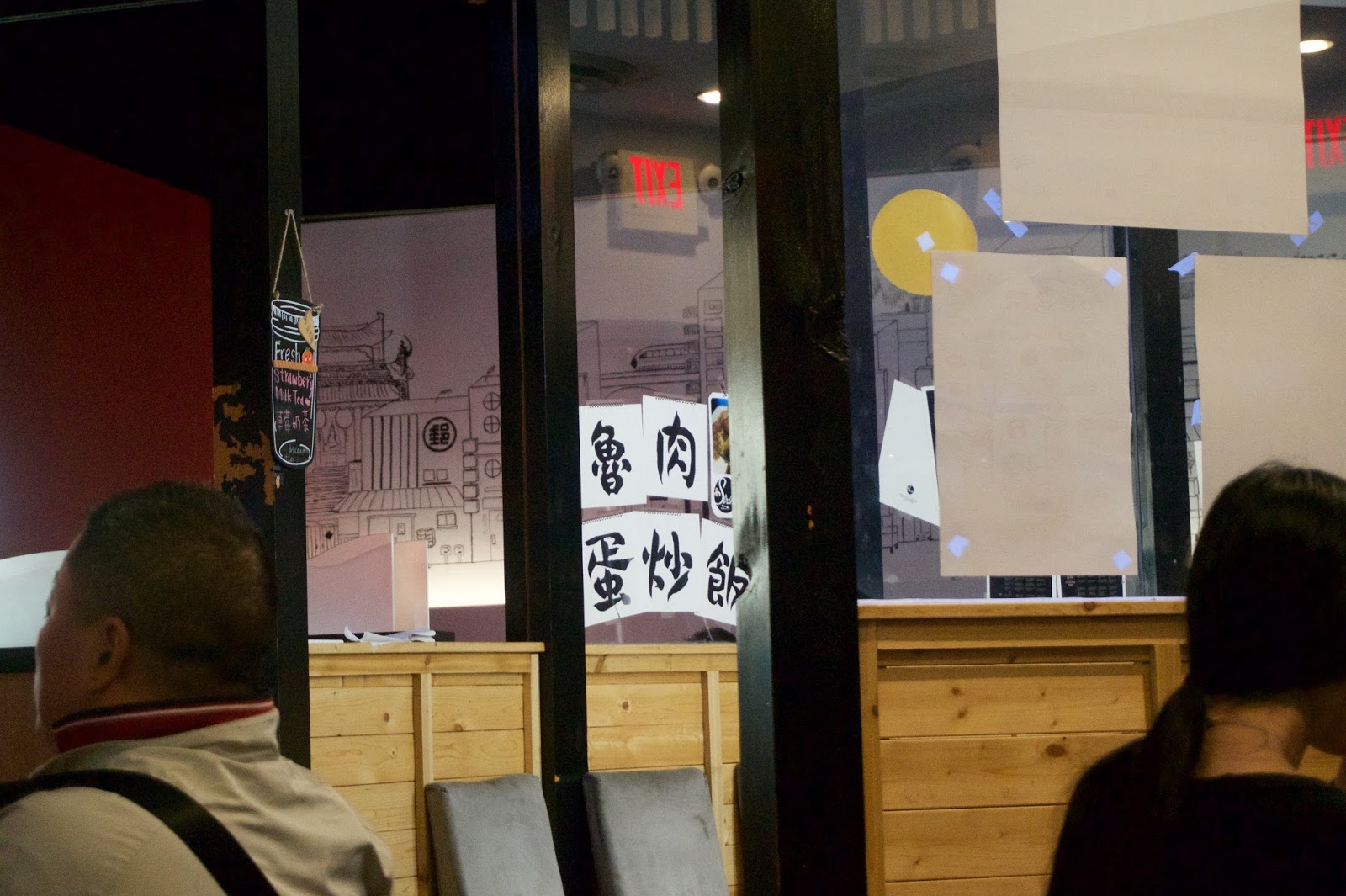 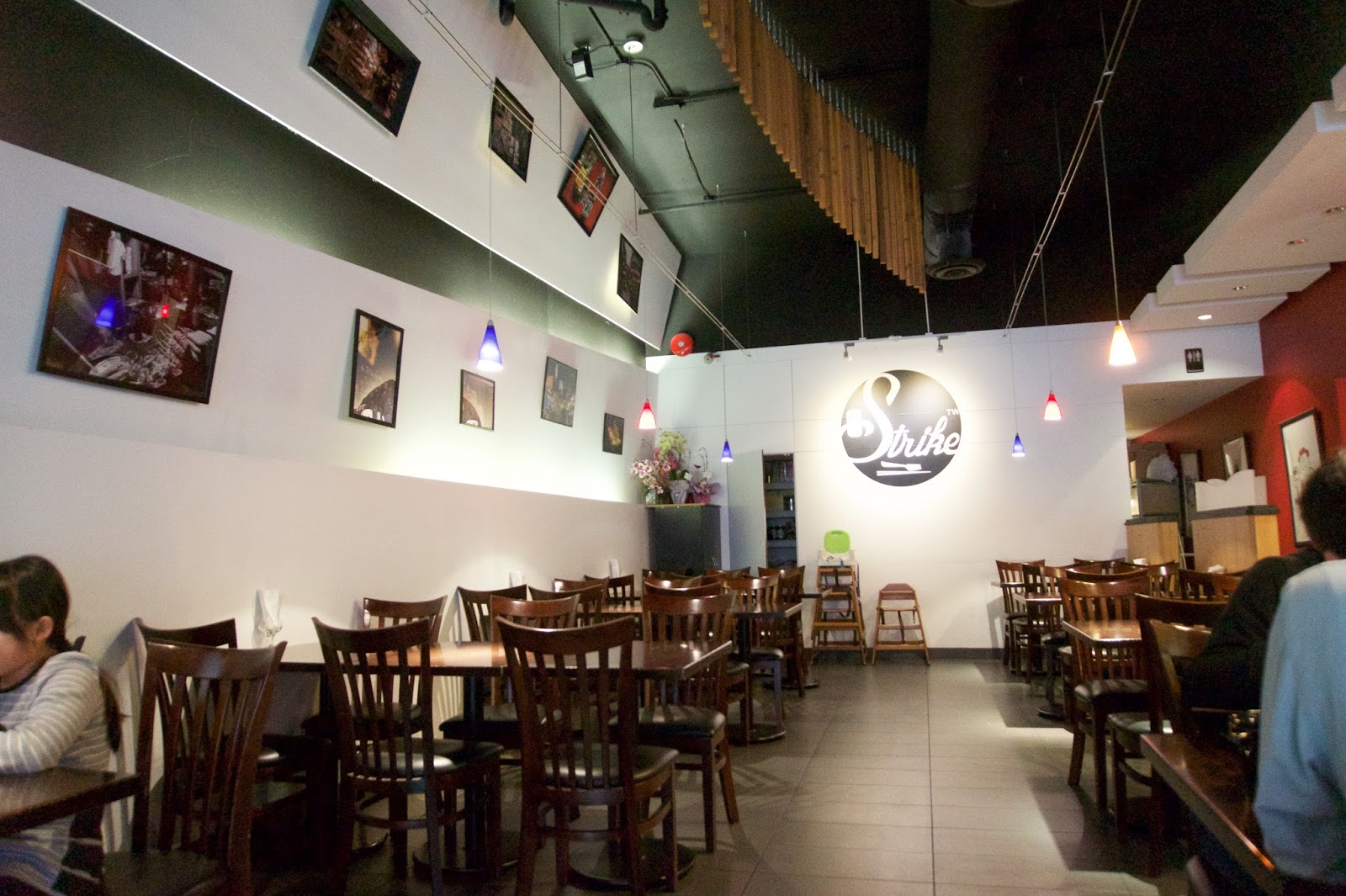 Huh, I just noticed Zomato used my picture (from Strike Aberdeen) as the background for this Strike (on Garden City Road!)