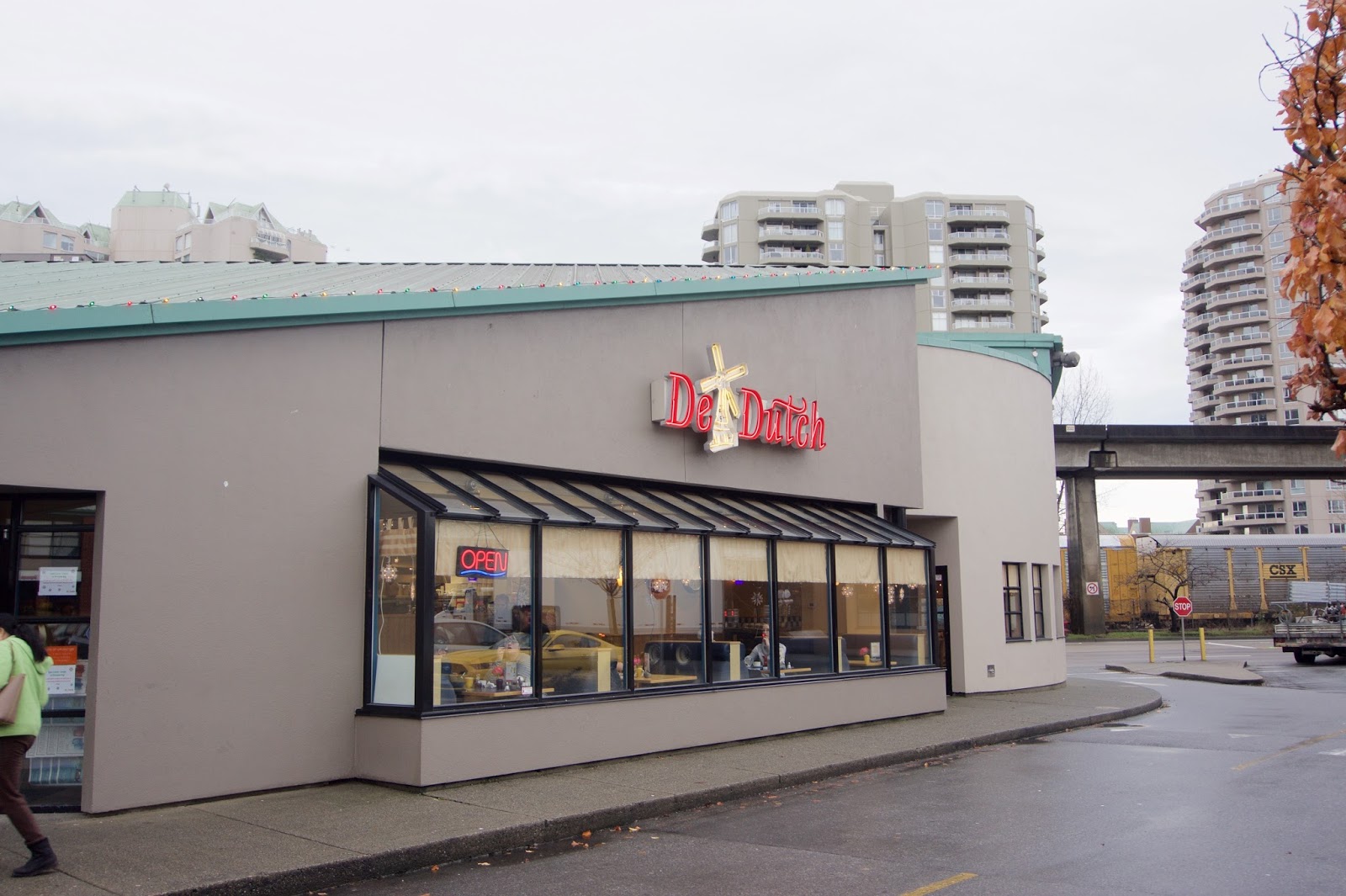 Hi guys!! :D Sorry I've been MIA for the past week ~ I started an intensive allergy treatment program and I've pretty much been bedridden for the past few days. I've been sleeping 15 hours a day (on the days I don't have school.) If everything goes as planned, I'll be able to eat fruit and raw vegetables by summer...OMG. Cold pressed juice...here I come!!! *happy dance*

This visit to De Dutch was from a few months back, back when I was still able to eat dairy!! My parents and I went to De Dutch for brunch on a long weekend, instead of going for dim sum (like we always do.) Come to think of it, I haven't had a "proper" brunch in SO LONG. I use to be so obsessed with *brunching*

De Dutch specializes in Pannekoeken, Dutch pancakes!! They're deceivingly huge, but eating an entire pancake is totally feasible because they're super thin!! De Dutch is a chain with locations all over the GVR, we went to the one in New West! :D 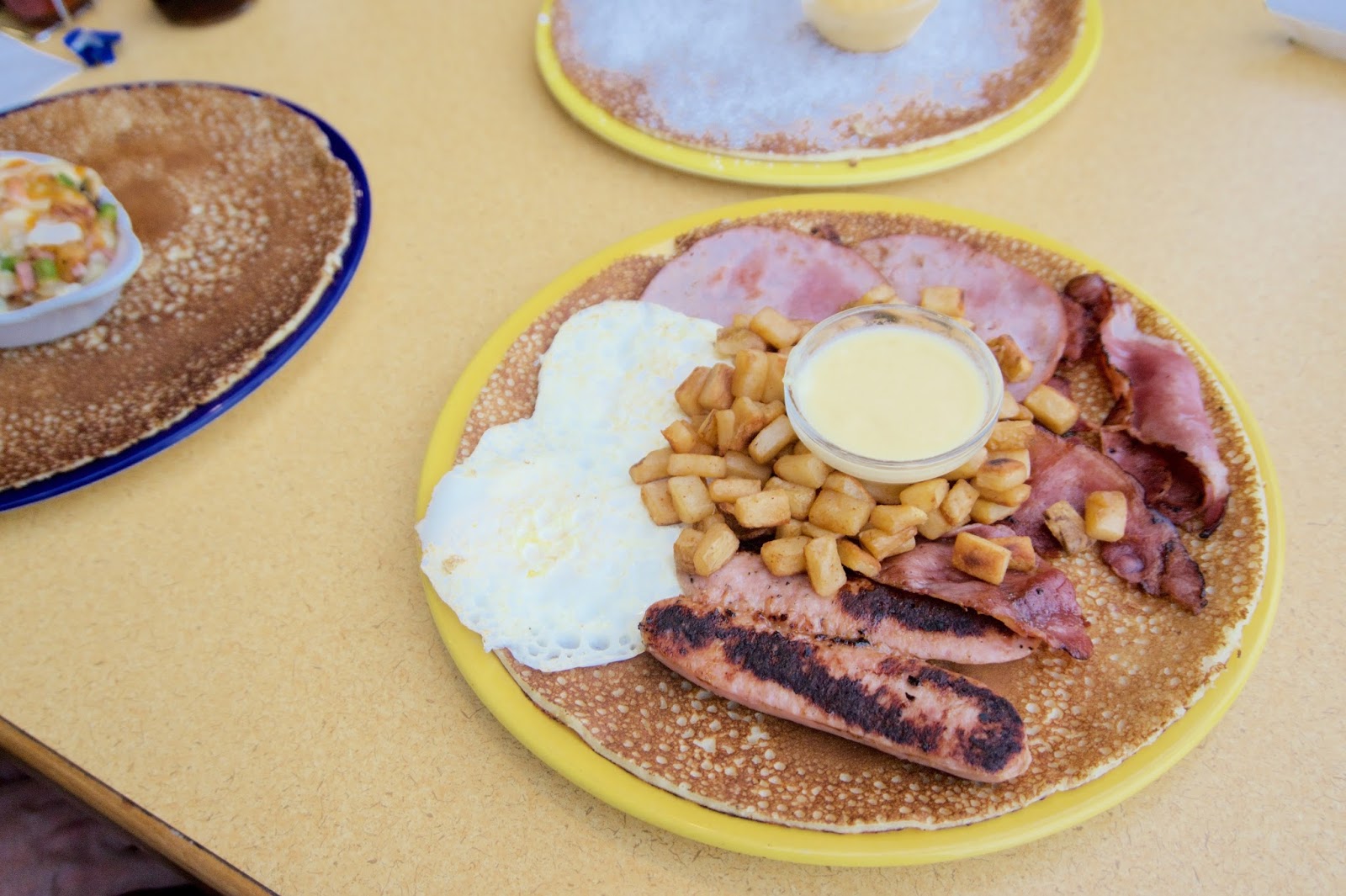 The pannekoeken itself is deceivingly large, but it's actually super thin!! The pannekoeken was moist and egg-y tasting. I wasn't fond of the ham or bratwurst because it tasted really "fake" harhar...if you know what I mean. The bacon was quite nice though, it was really crispy with a bit of charring on the edges! The hash was fine, but I would've preferred if it was crispier. 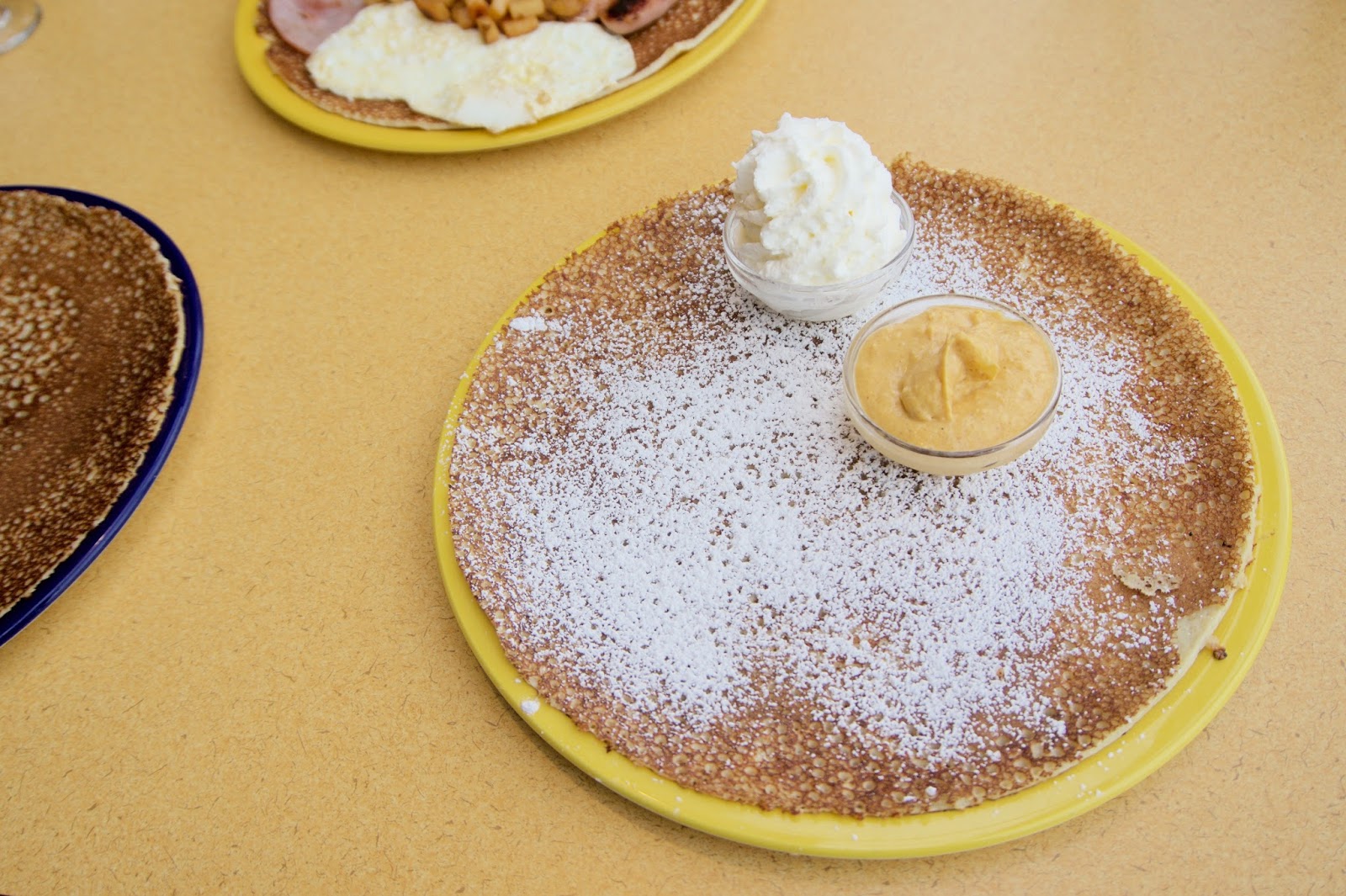 My parents wanted to order a sweet pannekoeken, so they got one to share! The pumpkin cream cheese flavour is limited to their fall menu. It was doused with a generous amount of powdered sugar and came with pumpkin flavoured cream cheese and whip cream on the side! They really liked the pumpkin cheesecake flavour; the pumpkin flavour was evident but it wasn't too sweet! 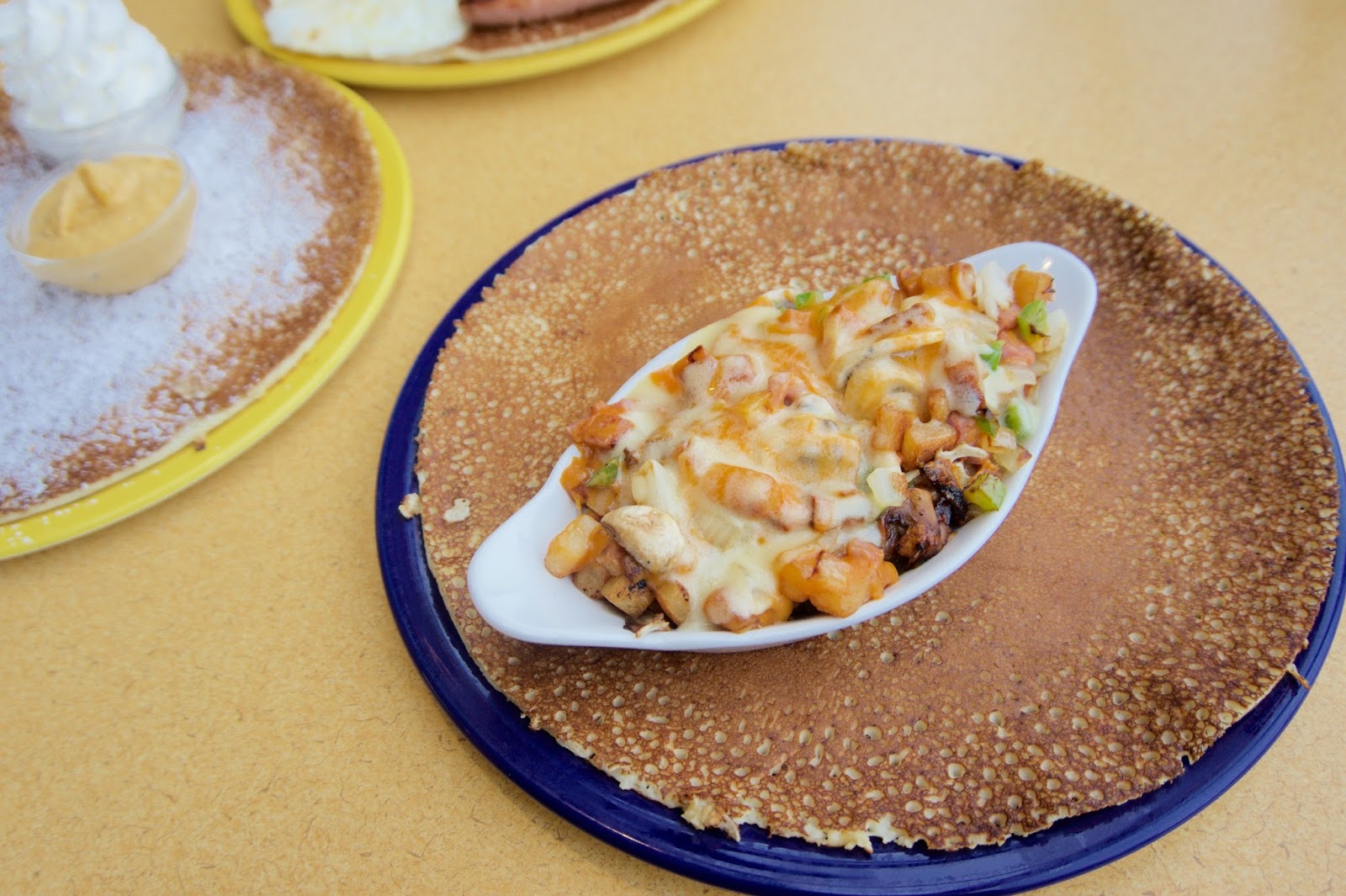 The parentals also got a savoury pannekoeken to share!! The hash was quite basic, something you could easily replicate at home. It was decent though! The cheese was well melted and there was a generous amount of ingredients, it wasn't too salty either! 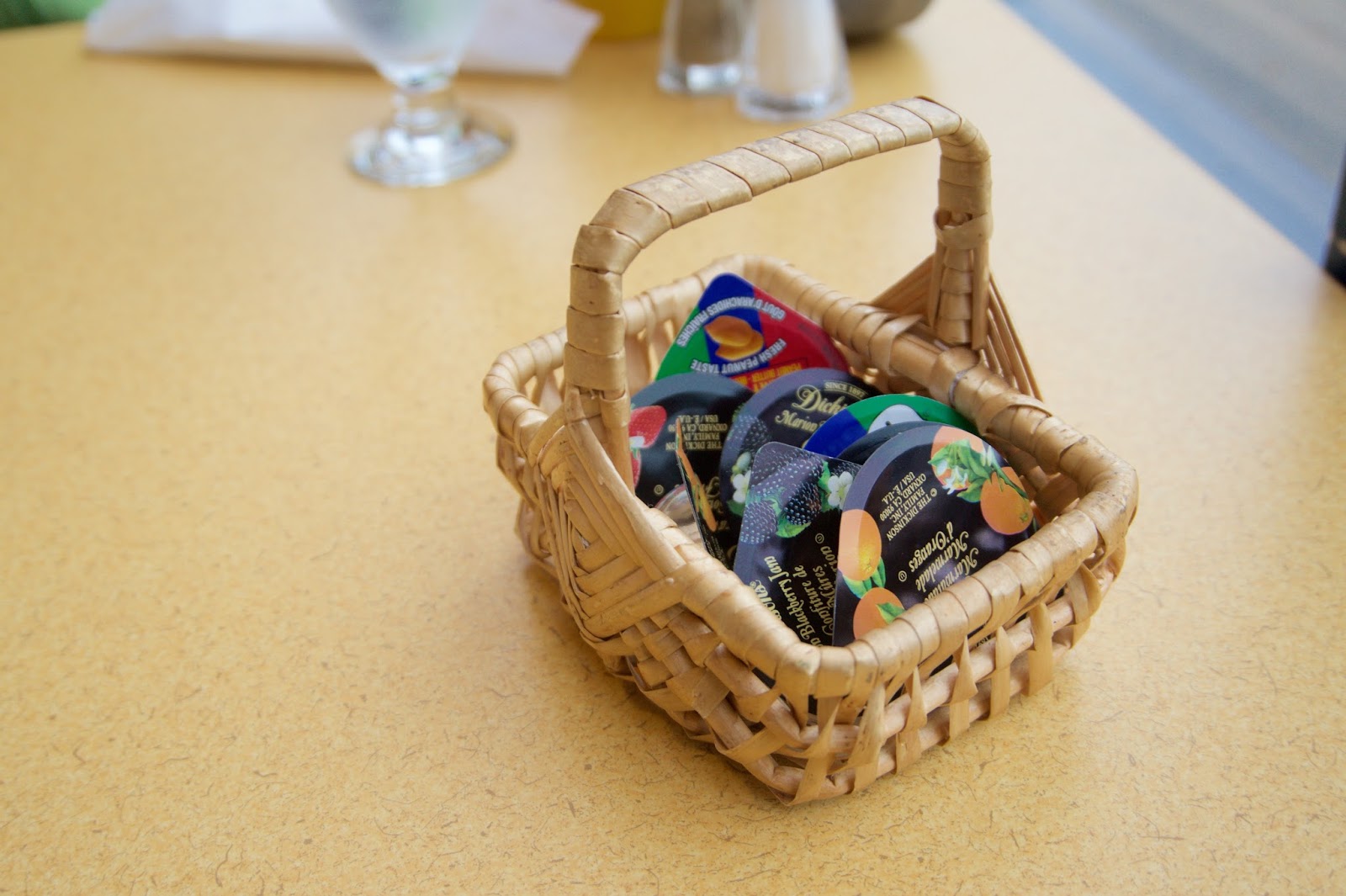 How cute is this little basket?! 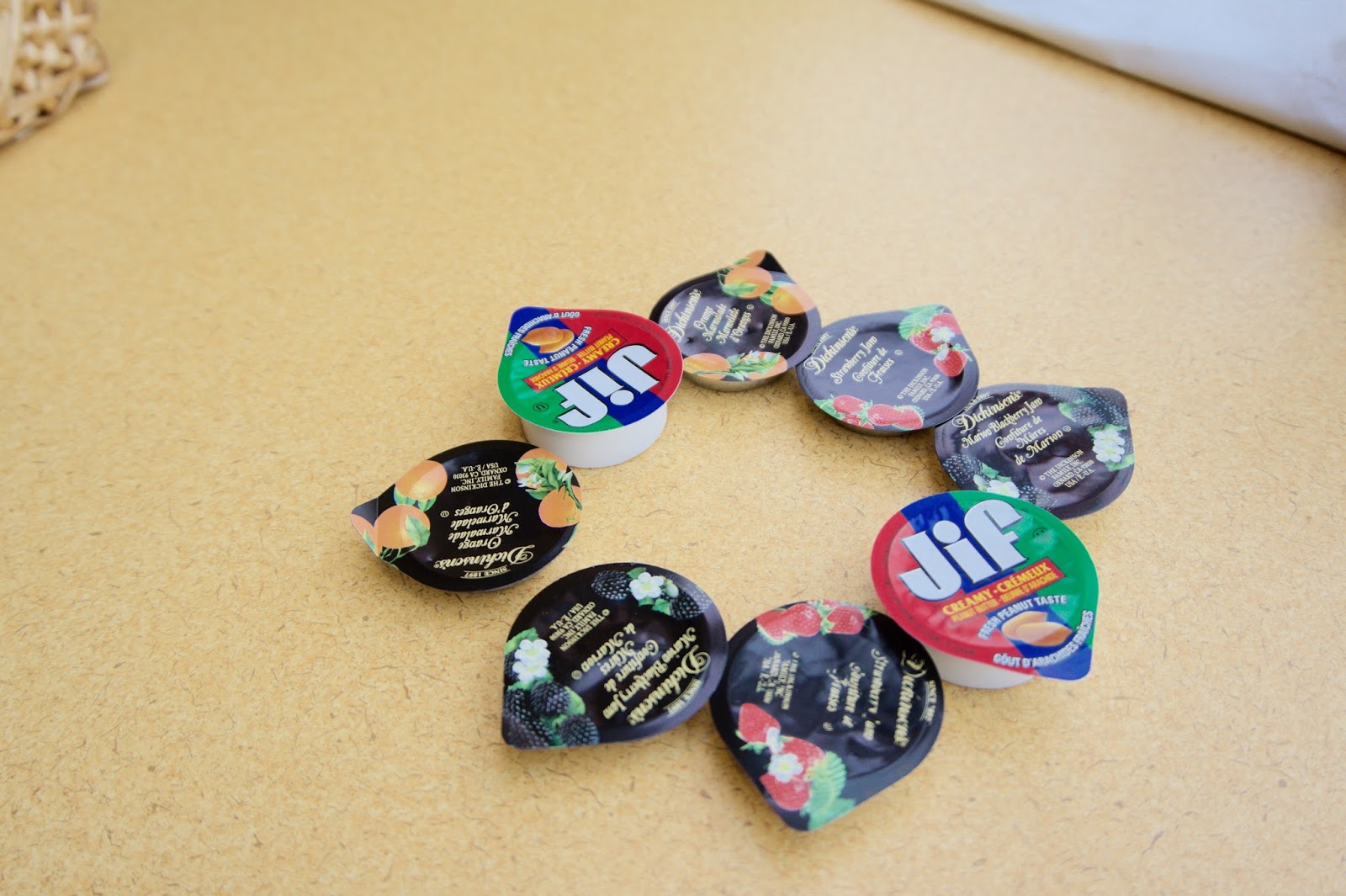 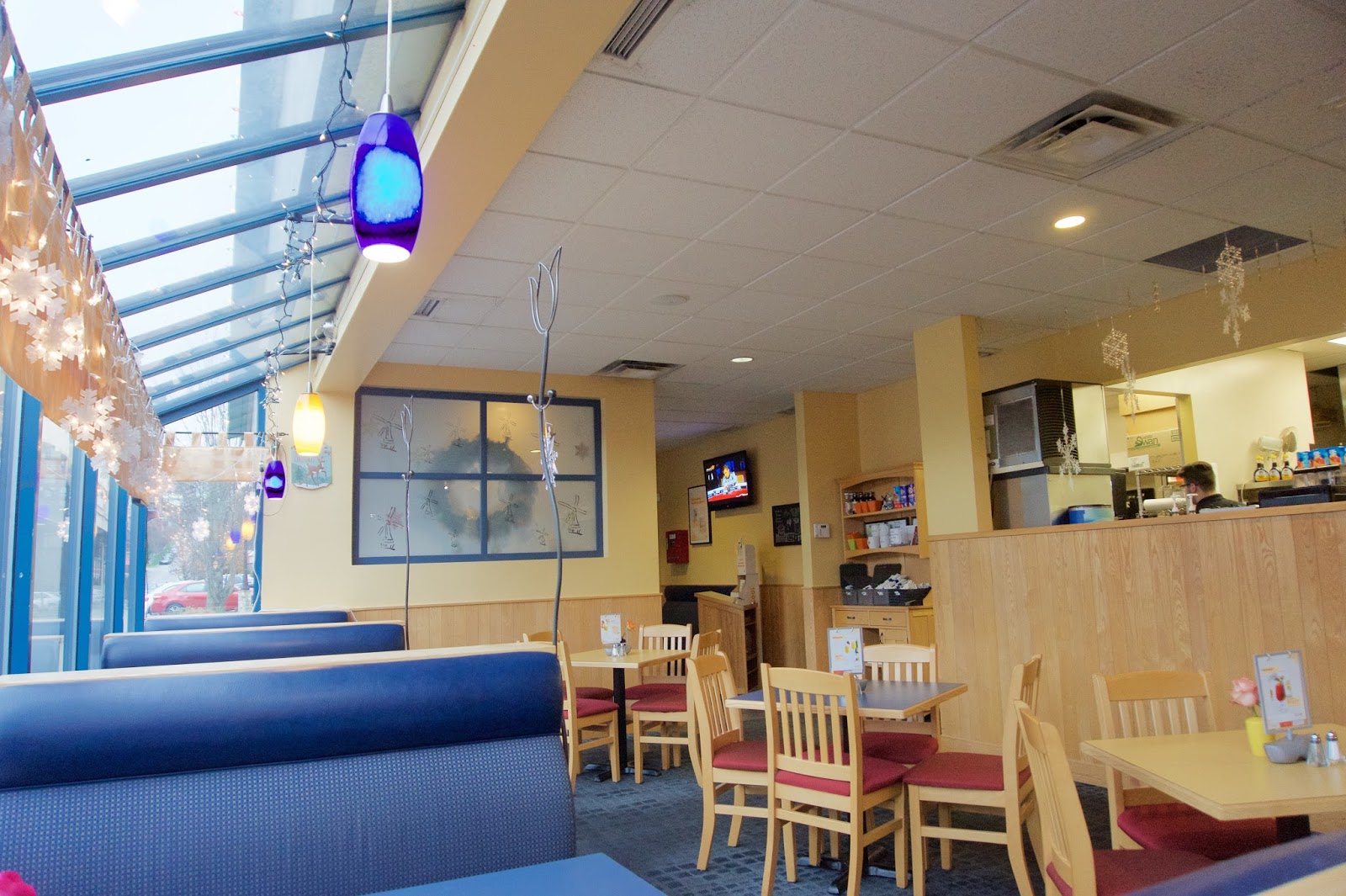