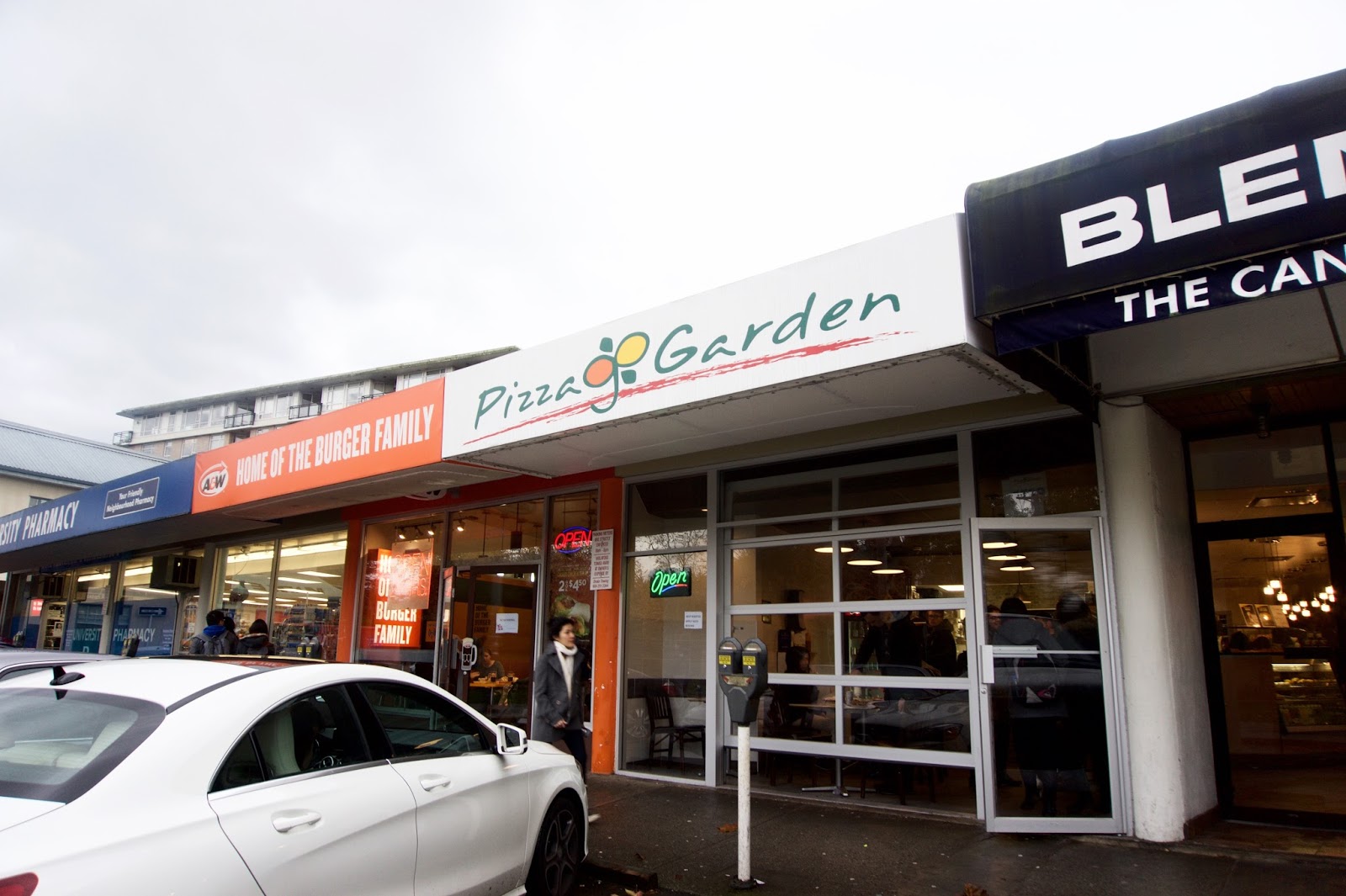 Hi guys! :) Sorry I haven't been posting as much. I've been going to treatment (for my allergies) 3 times a week and the medication/treatment I'm on makes me extremely fatigued. As a result, I haven't left the house much since break started.

I should probably get back into the swing of things. I'm going to go out to eat sometime this week! I went to Safeway today and noticed a new pho place had opened near my house!! It's called Pho Chan, I'm planning on going there soon *so excited!*

In the meantime, here's a post about Pizza Garden from a while back! I ordered an entire pizza + an extra slice during my lunch break and ate it ALL BY MYSELF hehehe. I tried to be really discreet about it though ;) When I was paying the guy was like "You're not going to eat that all by yourself...right?" and I was like "Uhh...of course not." (I was asked the same thing at Nat's New York Pizzeria!) You mean to tell me that people don't eat 9 slices of pizza in one go? ;) 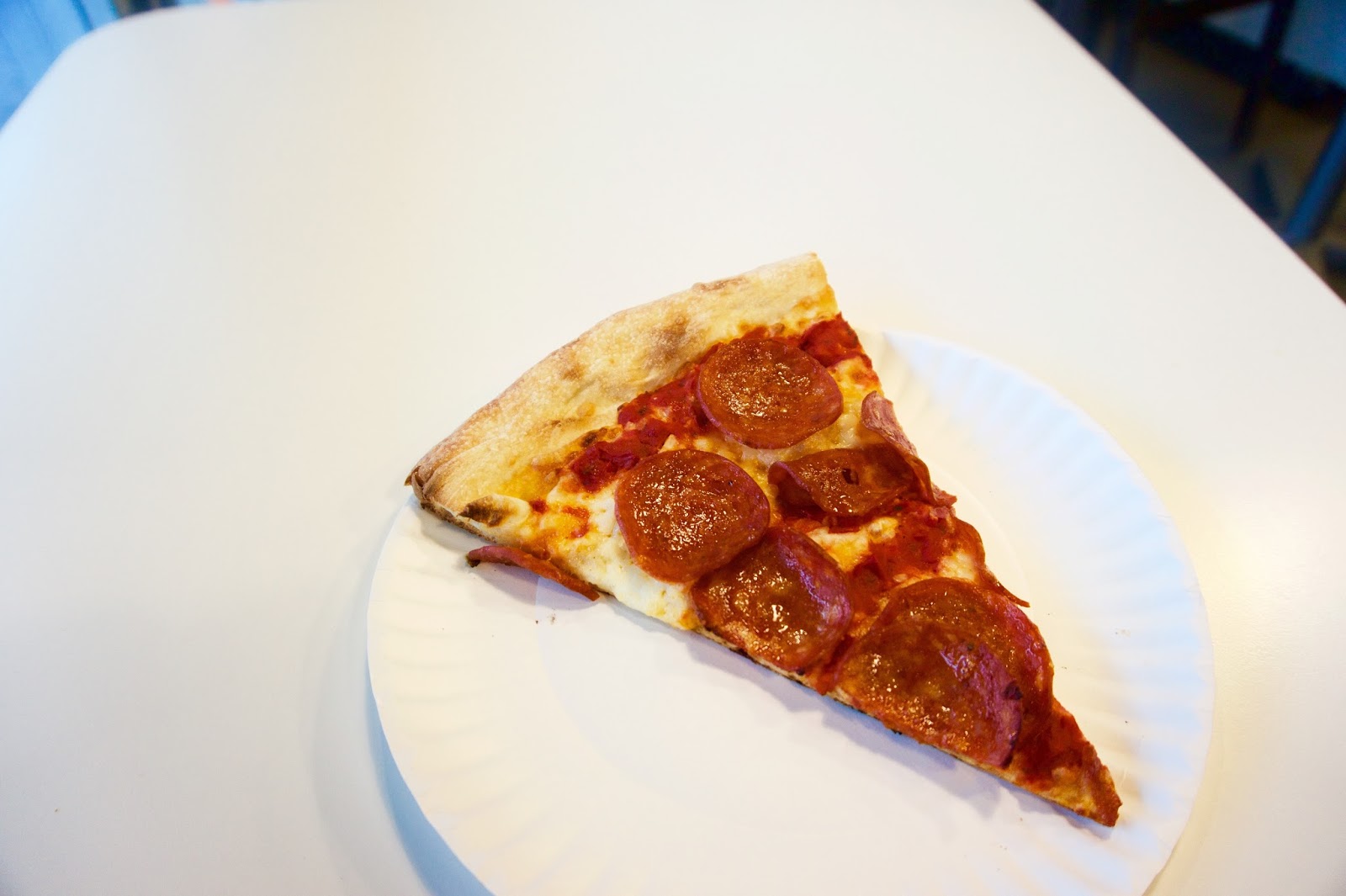 I always order 1 slice to test if I like the pizza or not before I commit to an entire pizza!! This was surprisingly good, so after I was done I went to the counter ordered moarrrr!!! Not the best slice of pep ever, but yummy nonetheless!! The pepperoni was flavourful without being too salty, and the cheese to sauce ratio was perfectly balanced! 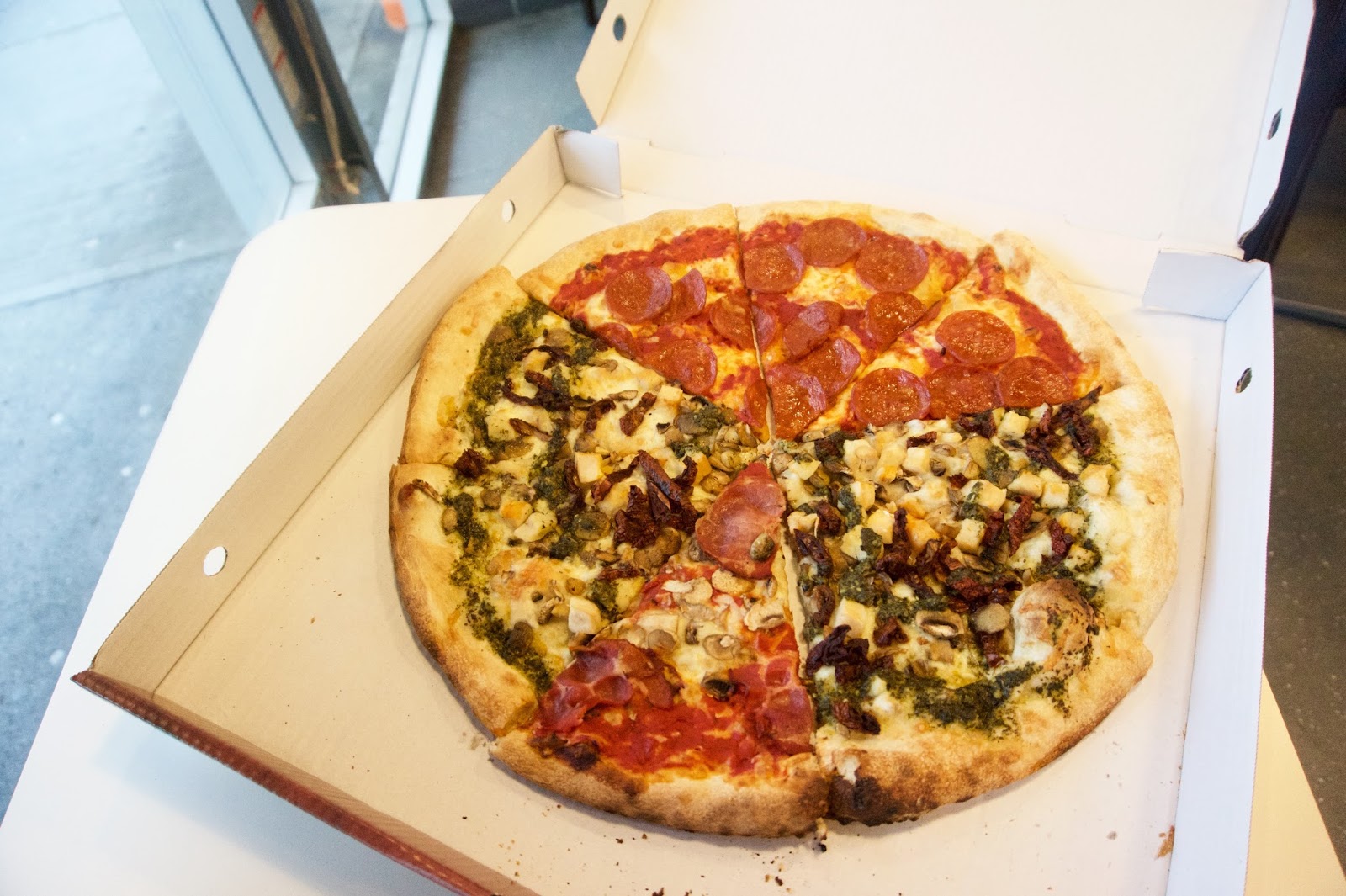 You're allowed to mix and match, but I didn't want to be overwhelmed with a bunch of different flavours, so I just got 3! The pizza was solid!! The proscuitto funghi was quite nice, the proscuitto was really flavourful and the mushrooms were a nice addition! 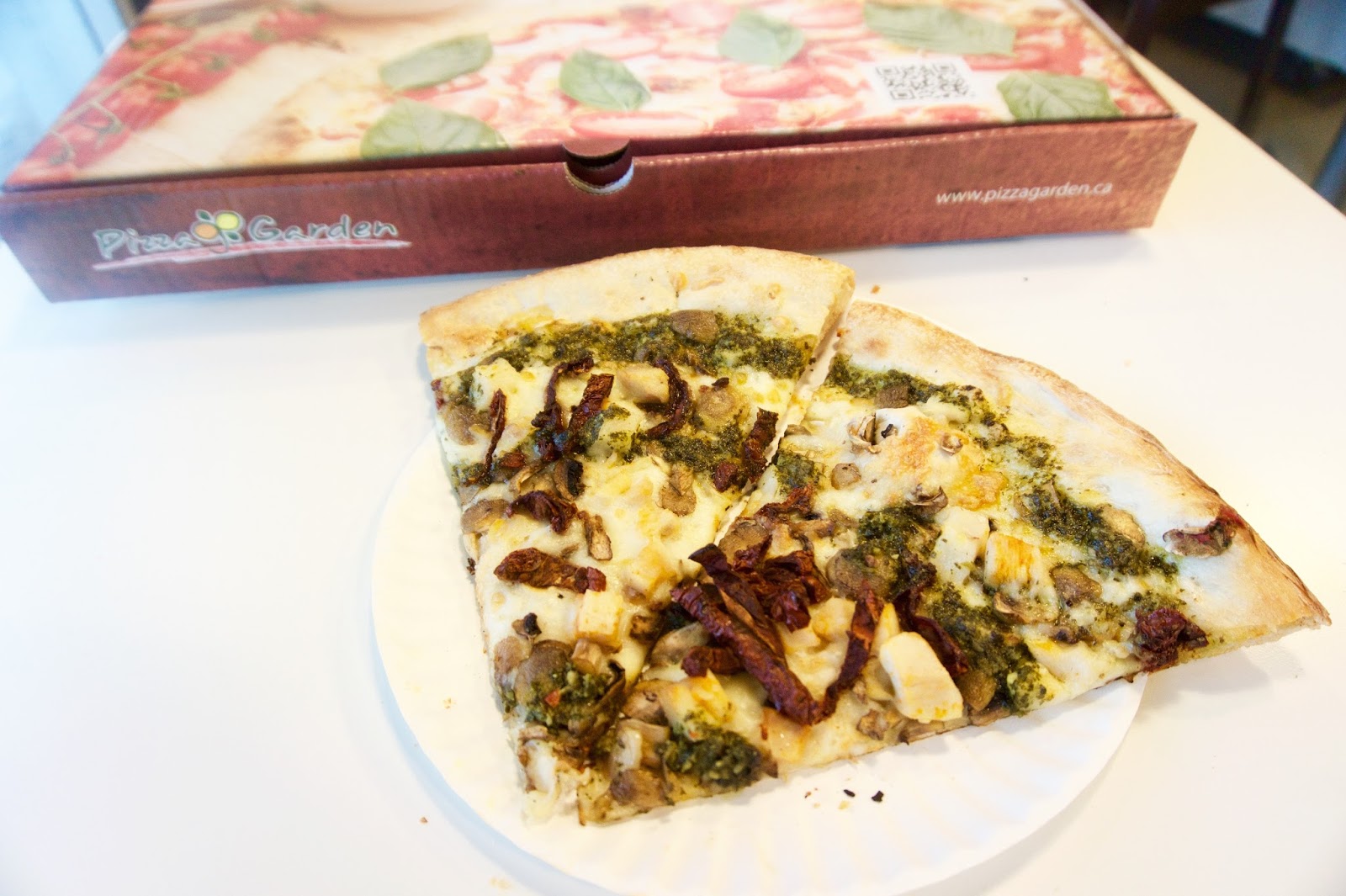 The pollo pesto was really good as well, the chicken wasn't too salty and the mushroom tasted really earthy! The chilli peppers on top added a bit of heat!