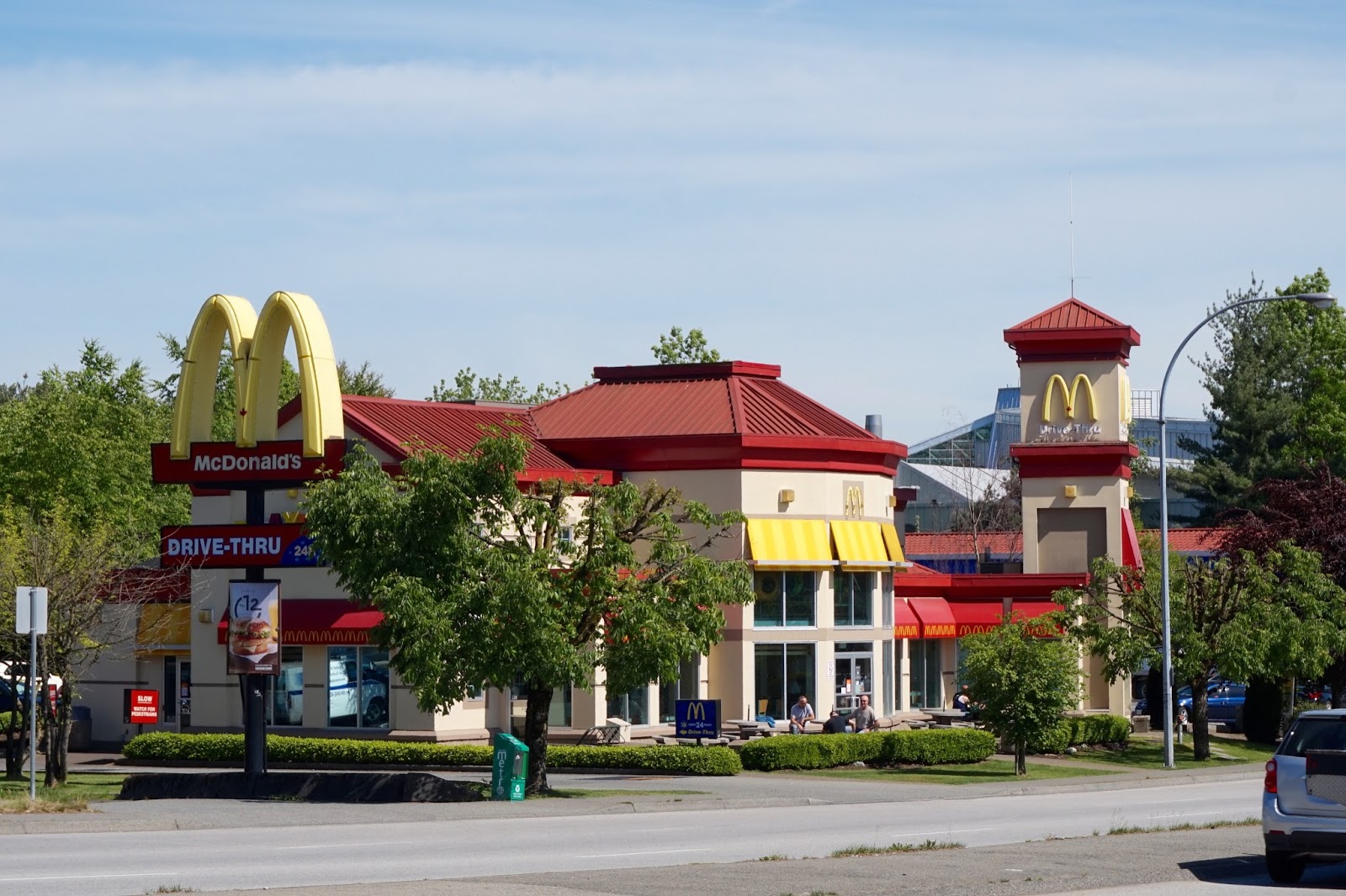 I woke up today and I had a strange craving for a sausage mcmuffin (no I'm not pregnant.) So what's a girl to do?

Answer: Make a beeline for the nearest McDonalds (duh!)

"How much are the sausage mcmuffins?"

"I'll take 7 of them. And an extra large nestea. No butter or cheese please."

McMuffins in hand and a mere $15 poorer, I walk home.

So I get home, and open the bag. There's 11+ packets of ketchup inside and a large pile of napkins (the guy probably thought I was sharing.)

A hour later...7 empty wrappers. And I'm still hungry. I wander over to the fridge. Yesss, a pint of Luna & Larry's Vegan Coconut Chocolate Icecream!! Ugh, that stuff is like liquid gold.

I plop down and scoop out a few spoonfuls. 20 minutes later...

Nomnomnom. I devour half a pie.

"I'm getting tired of chewing. I think I'll stop now."

Mom: I went to Me & Ed's Pizza Parlour for lunch. Your dad and I shared a XL pepperoni pizza.

Me: Looks like I wasn't the only one who was overindulgent today. (Who am I kidding, I eat like this everyday.) 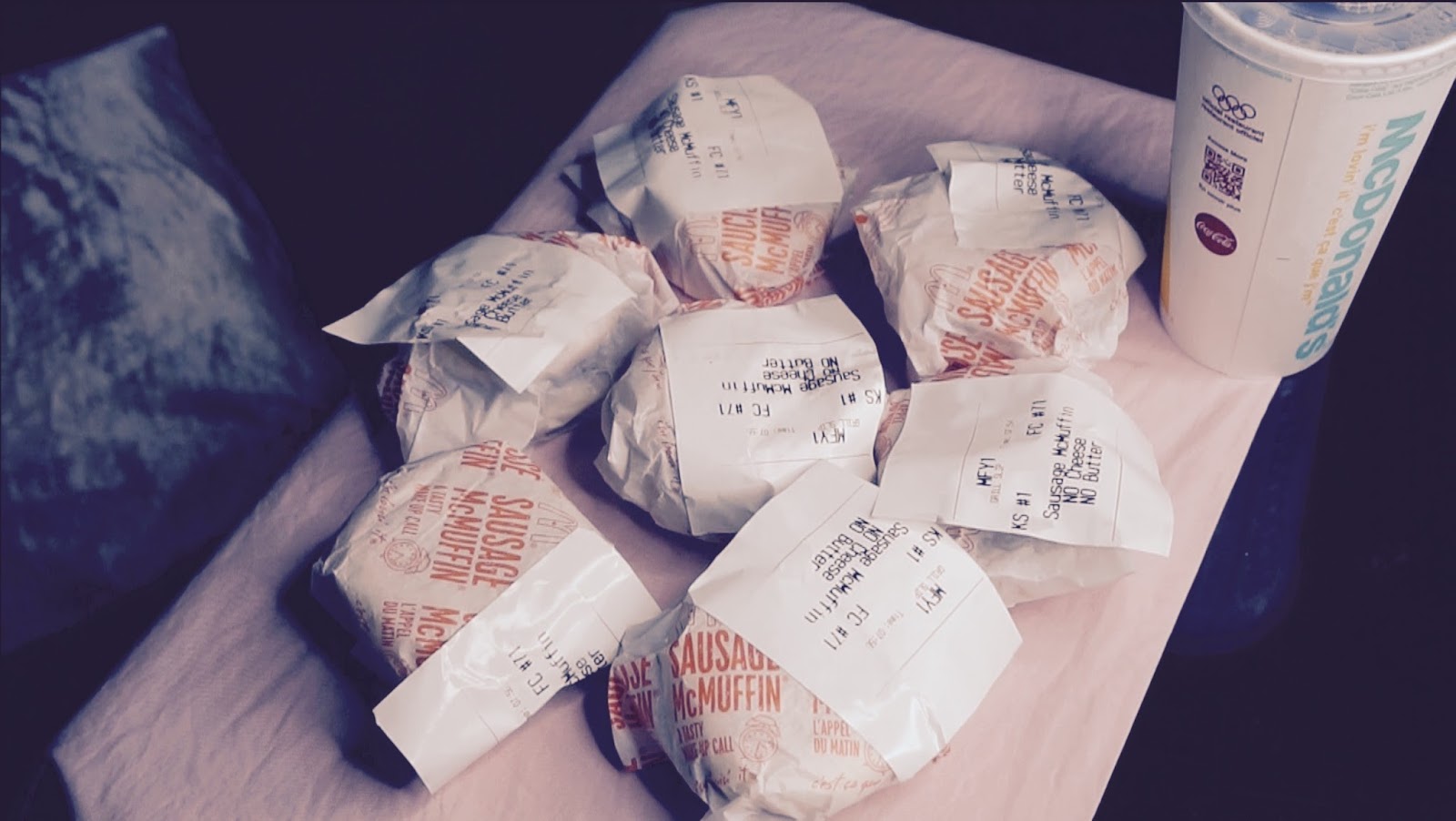 Oh so bad...but oh so good. It's been a year since I last had McDonalds, and I seriously don't remember it being this good. The sausage wasn't dry at all and it was actually really flavourful!! The english muffin was bouncy, and nicely toasted! And on top of that...it didn't taste like chemicals, it actually tasted...dare I say...HEARTY?!

Not bad. Sausage like and semi-moist. MOIST. Just let that word roll around in your mouth for a bit.
http://mentalfloss.com/article/64984/science-behind-why-people-hate-word-moist 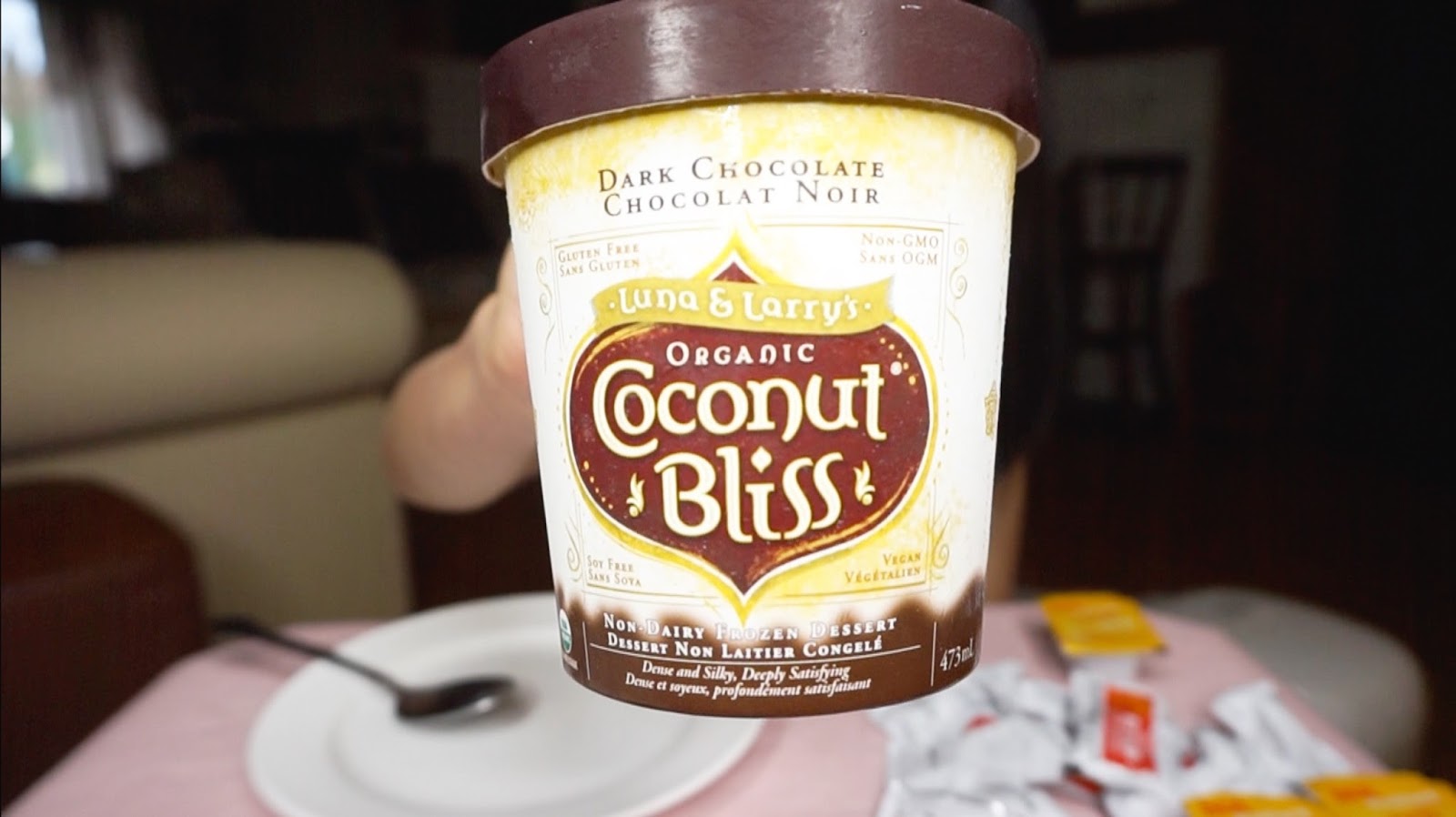 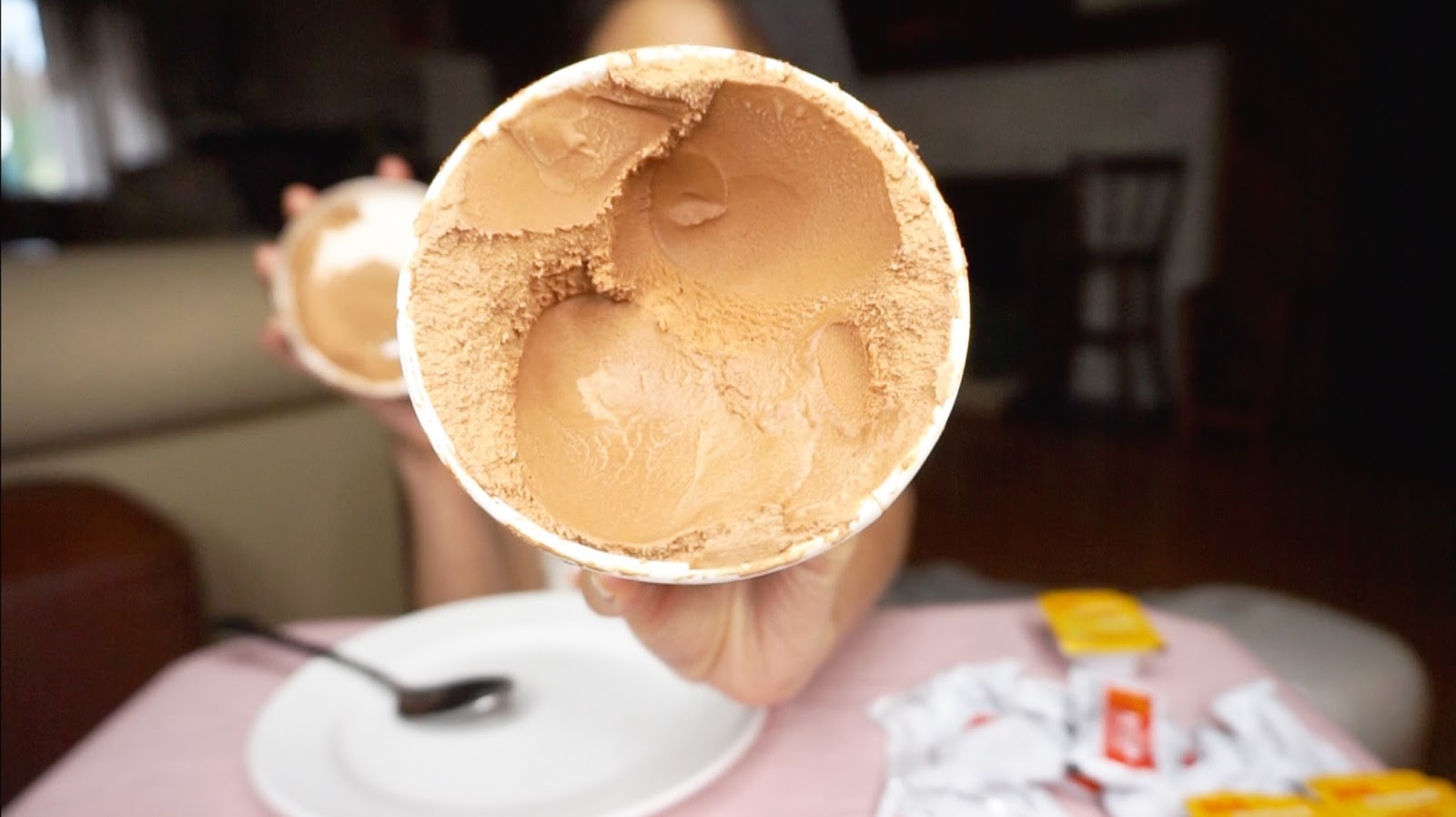 Very niceeee. At $10 a pop, this stuff definitely comes at a premium. The texture is sublime. You kind of forget you're eating dairy free ice cream. The bitterness of the dark chocolate really comes through. I've tried a few of their flavours, the mint flavour is my favourite. Coconut fanatics, you have to try this!

Some vegan grocery store pie!! Hey, it's not gourmet, but I'll take it!