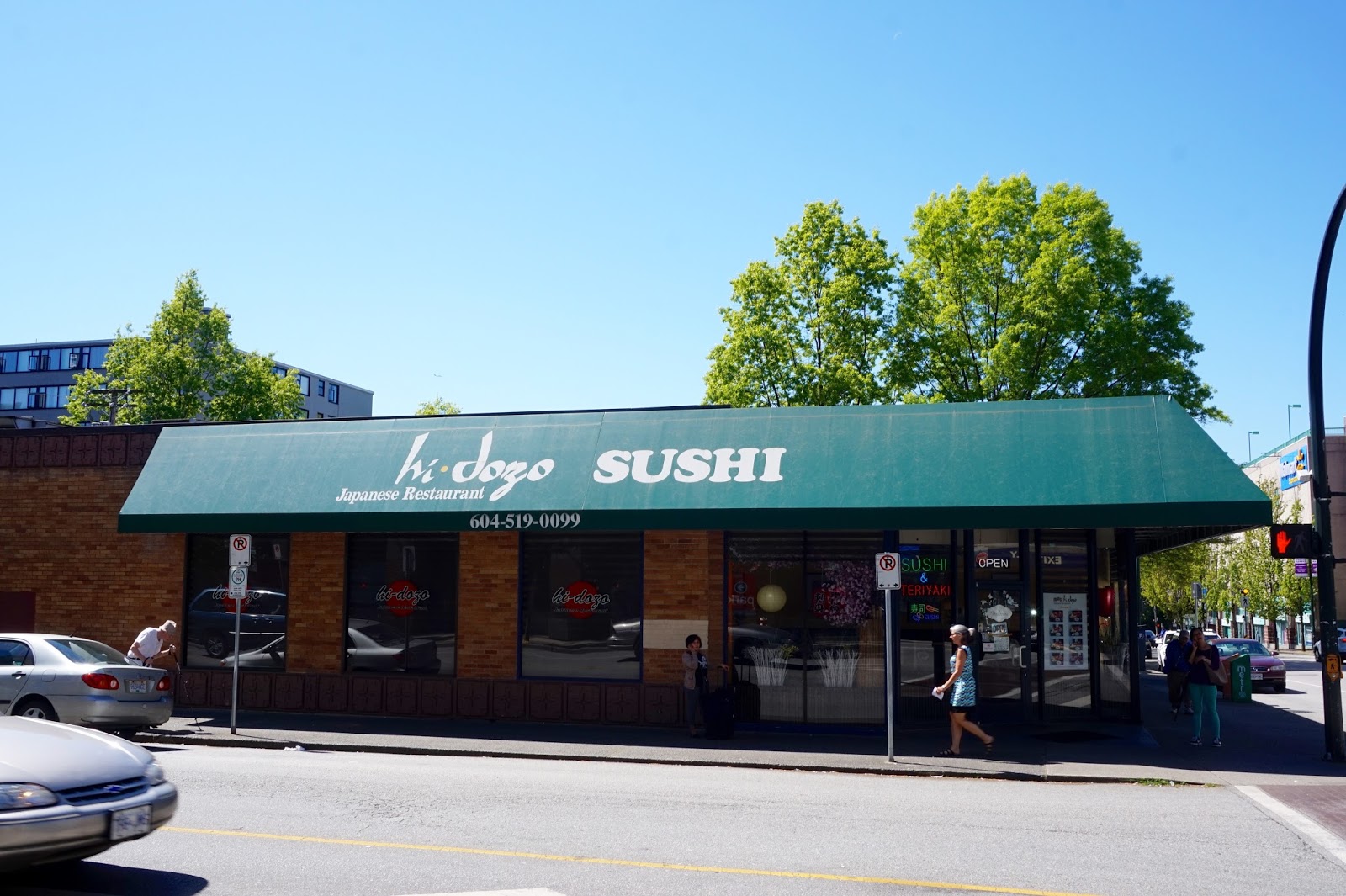 I've eaten an entire pint of Luna & Larry's vegan ice cream everyday for the past 3 days. I just can't help it okay. With this kind of weather, how can you not eat ice cream? I try to ignore the fact that each pint has 300% of your daily recommended saturated fat and a whopping 920 calories ~ hey, I'm still young right? I can totally get away with it ;)

Anyways, the weather was just too beautiful today, it would've been a pity to stay at home!! So I did what any sensible person would do...I WENT FOR SUSHI!! (Raymond would approve.)

We didn't want to venture too far from our house, so we decided to go to Hi Dozo for lunch!! Hi Dozo is a Korean run Japanese restaurant located in downtown New Westminster, directly across from Royal City Centre!! The service was super friendly; the waitress was polite and didn't seem bothered by the fact that we asked for one too many tea refills (5 in total.)

After lunch my mom and I went to Moody Park and explored the surrounding suburbs, admiring all the old houses (old houses are the best, they have so much character!!) 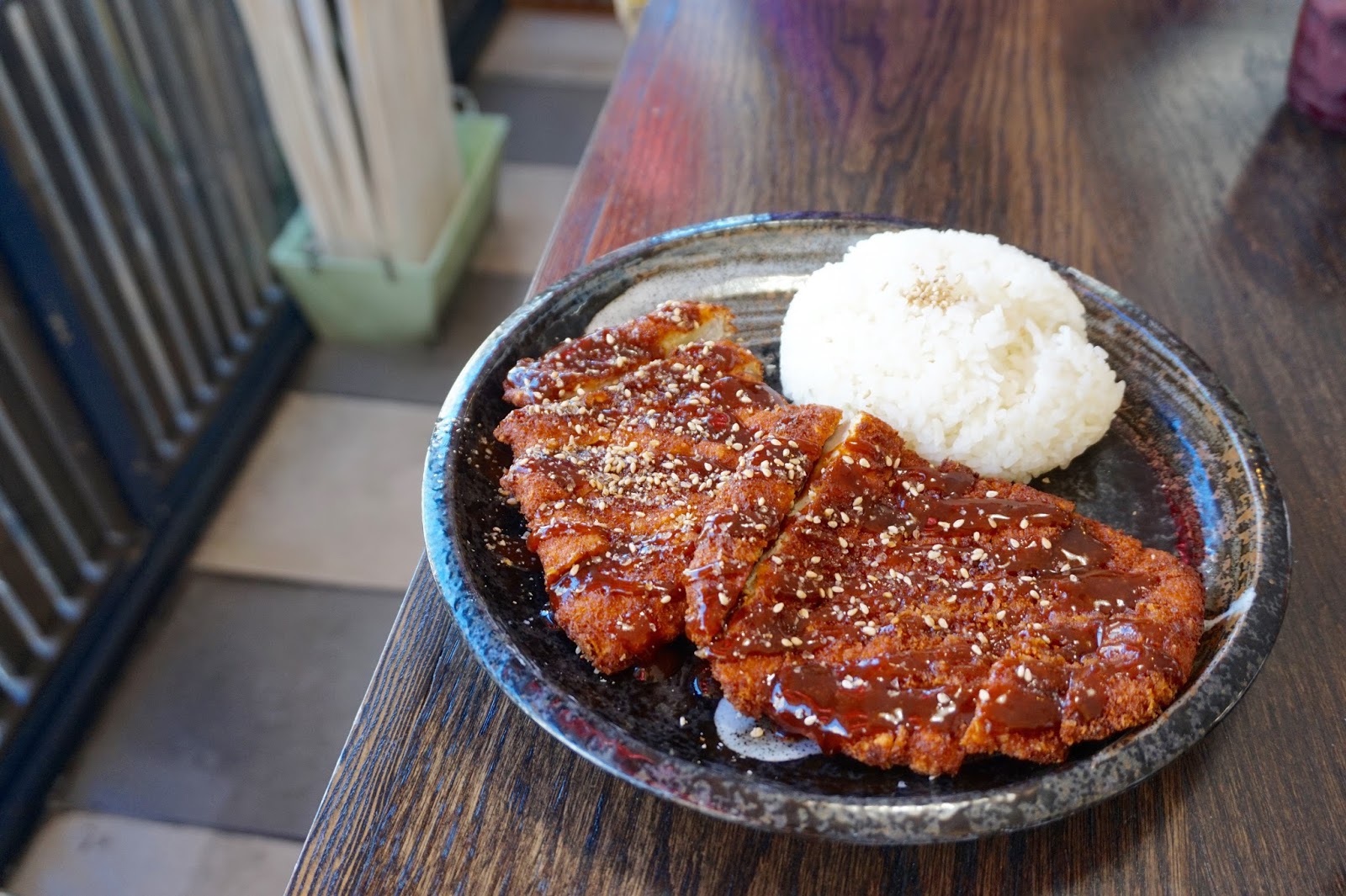 My signature dish!! I always order the tonkatsu or chirashi don as my main. This was pretty yummy!! The was a pretty sizeable portion, it came with 2 large pieces!! This version didn't have any mayo on it, only bulldog sauce! The pork was lightly battered, but it could've been juicier!! But for $8.95, it was pretty decent! 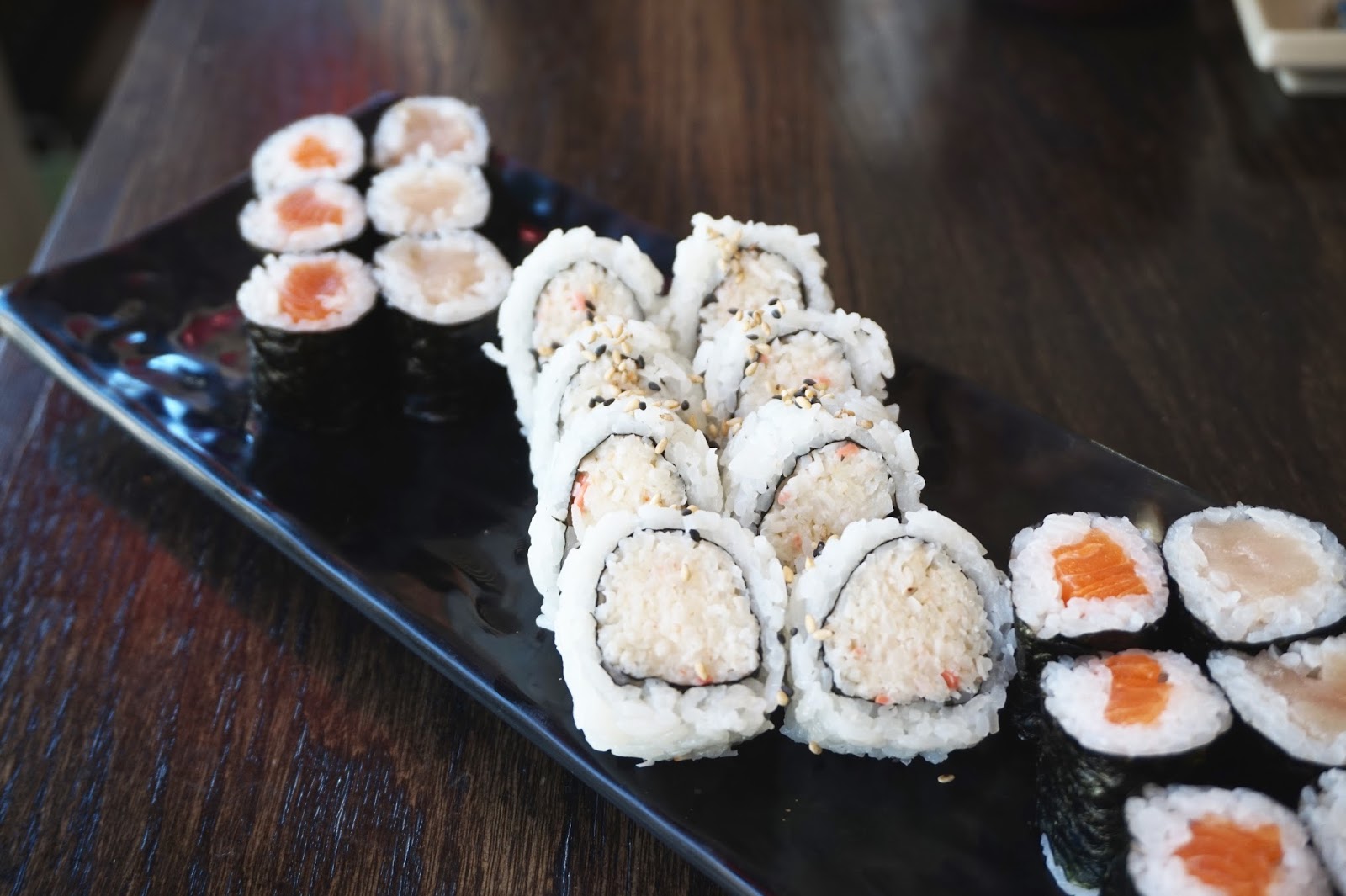 Omg, I haven't eaten a california roll in so long! I was craving it, so I thought it tasted really, really good. So my opinion is probably biased harhar. But cravings aside, it was a pretty standard california roll, no complaints really! 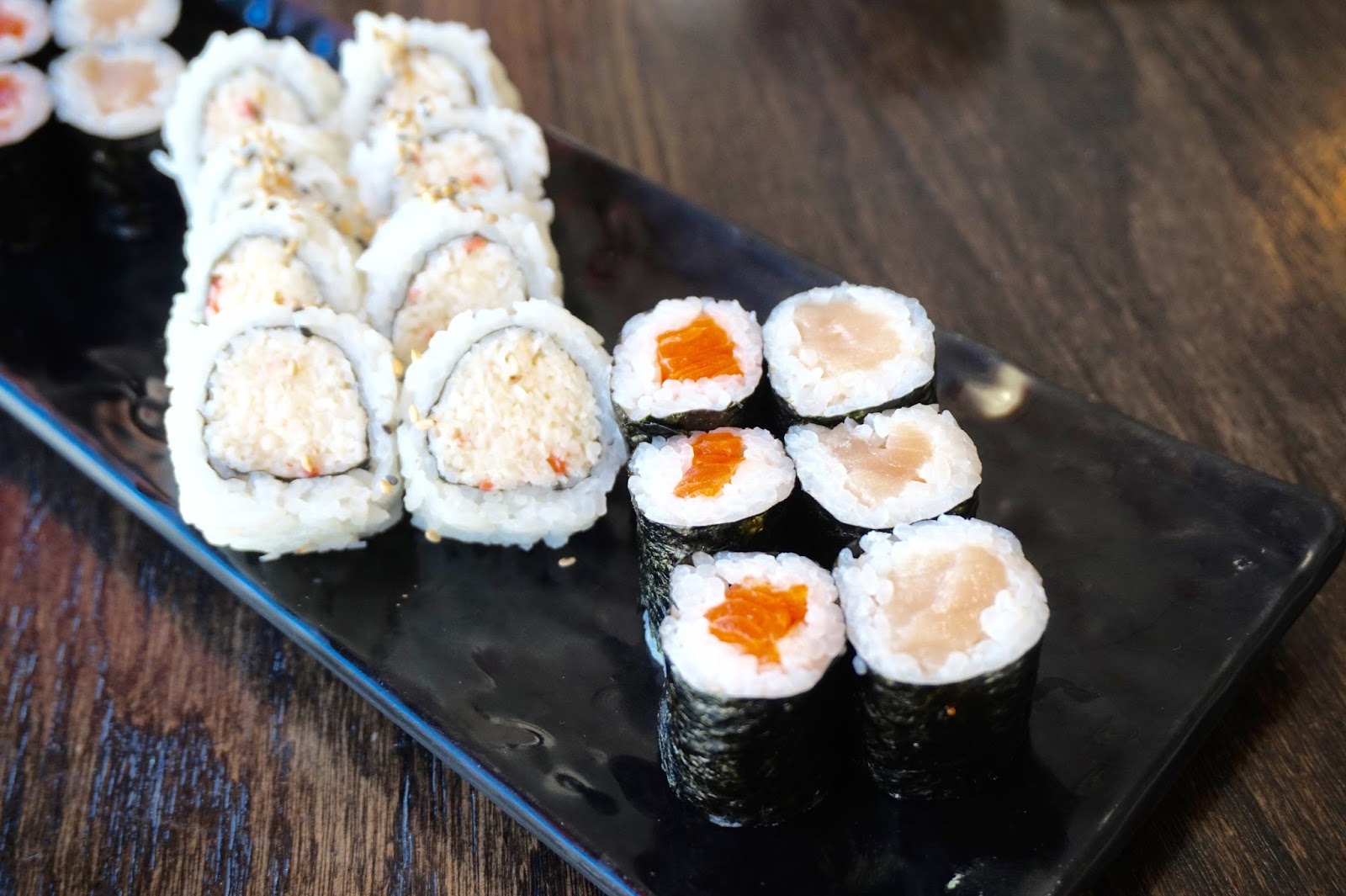 Pretty basic maki rolls, but I still really enjoyed them!! The sushi rice was mildly seasoned, it could've been more sour. But props for using sockeye salmon!! 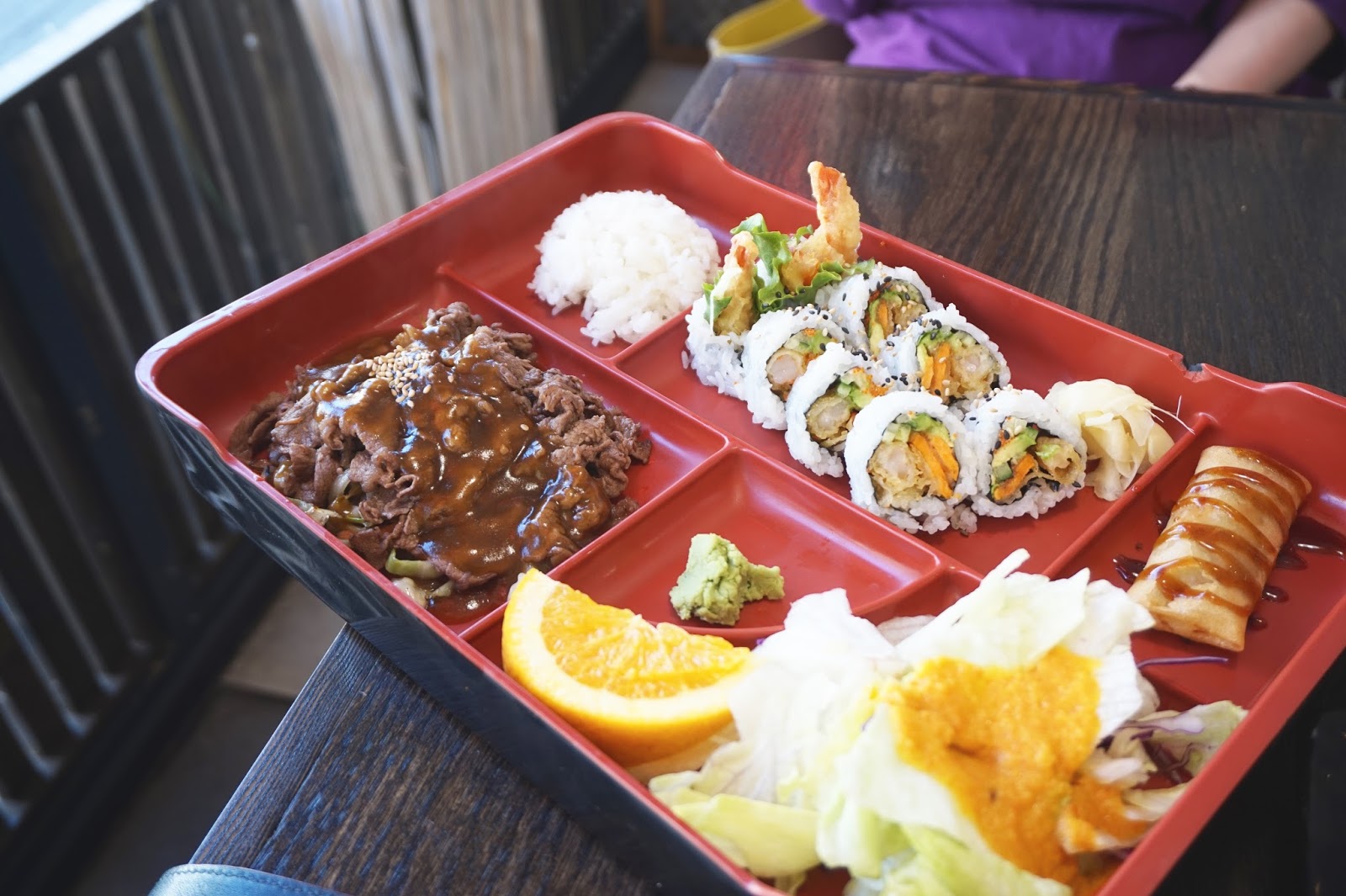 My mom had their signature bento, and she thought everything was pretty average. She remarked that her favourite part was the dynamite roll!! She also really liked the sauce on the spring roll harhar 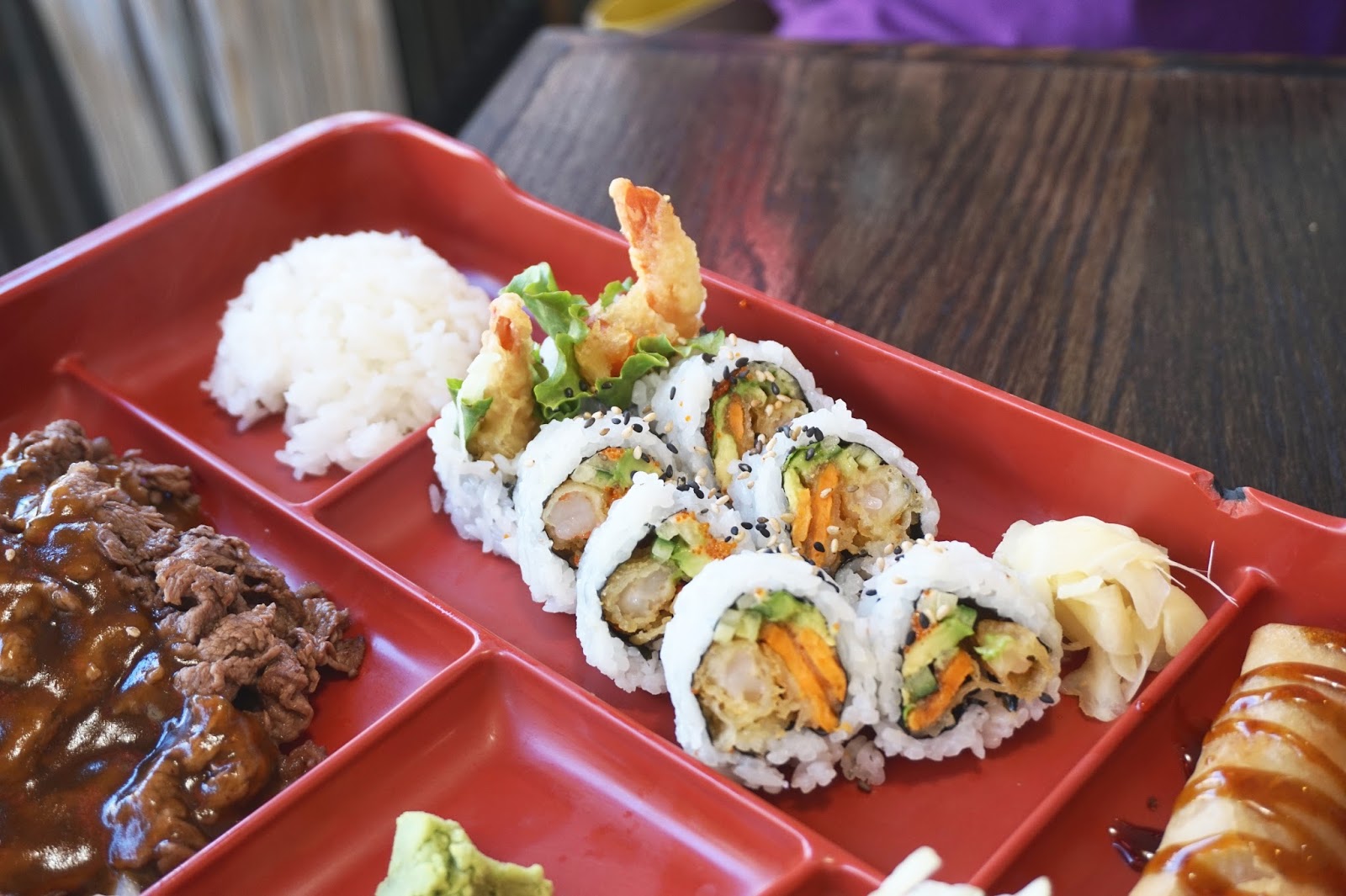 You have an option to get a salmon, tuna, cali, or dynamite roll, and my mom went to the dynamite!! She liked how it had both yam and shrimp inside!! There wasn't too much rice either. 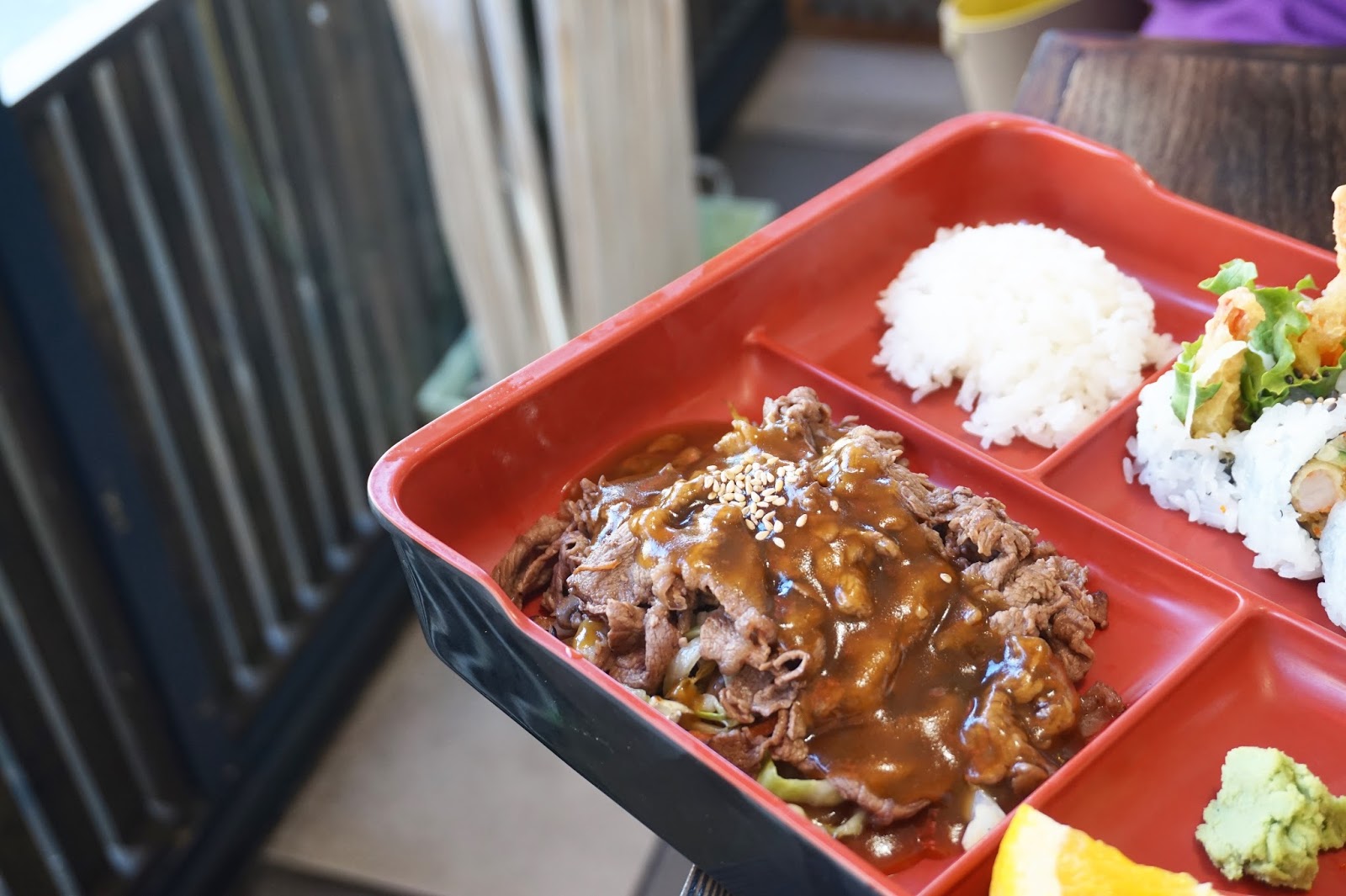 The sauce on the beef teriyaki was really odd, Raymond said the same thing on his blog. As Raymond described it, it was thick and had a weird gravy like consistency. The beef was okay though, it was semi moist and sitting on a bed of bean sprouts!! 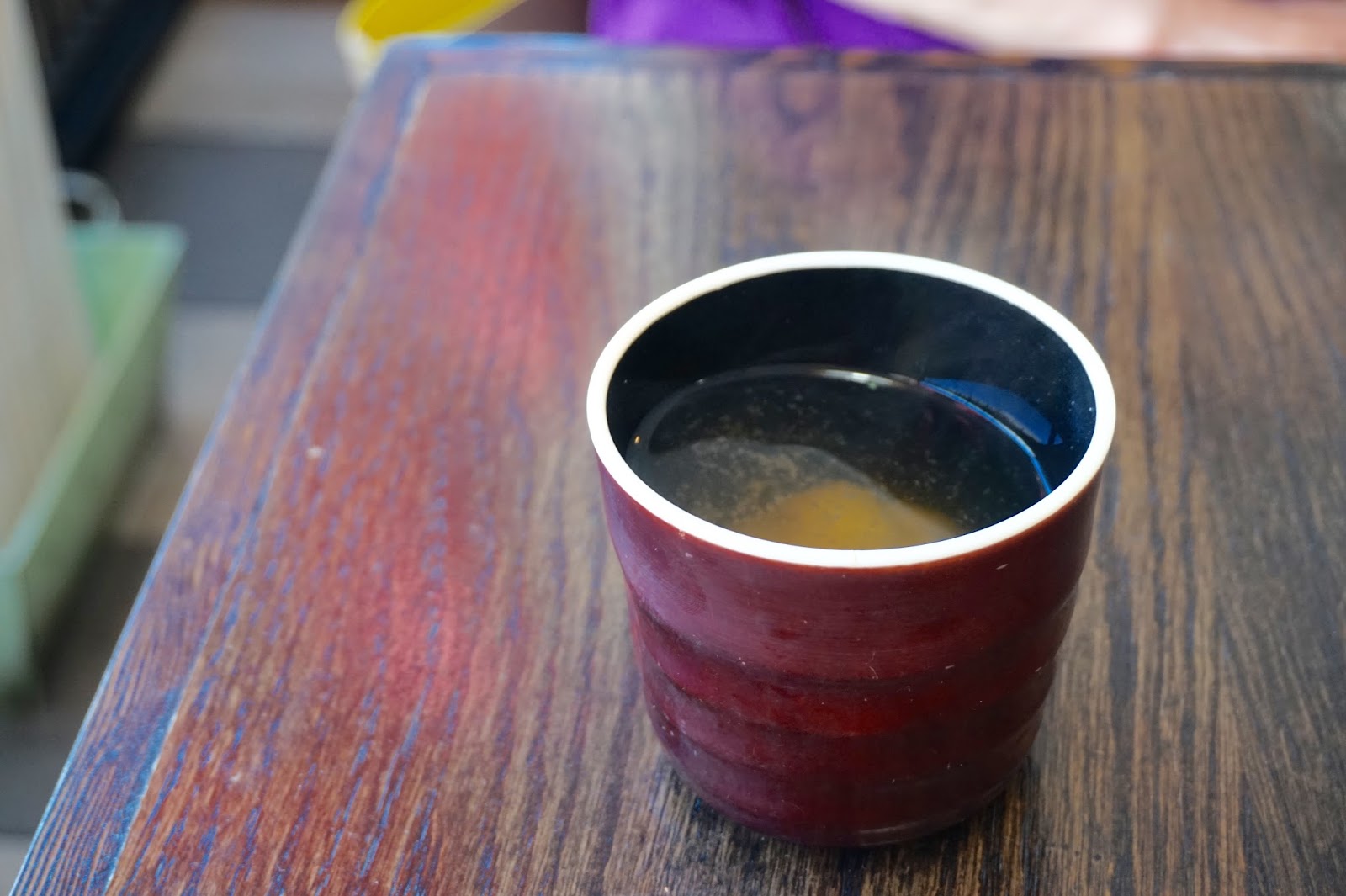 Both of our orders came with free miso soup! 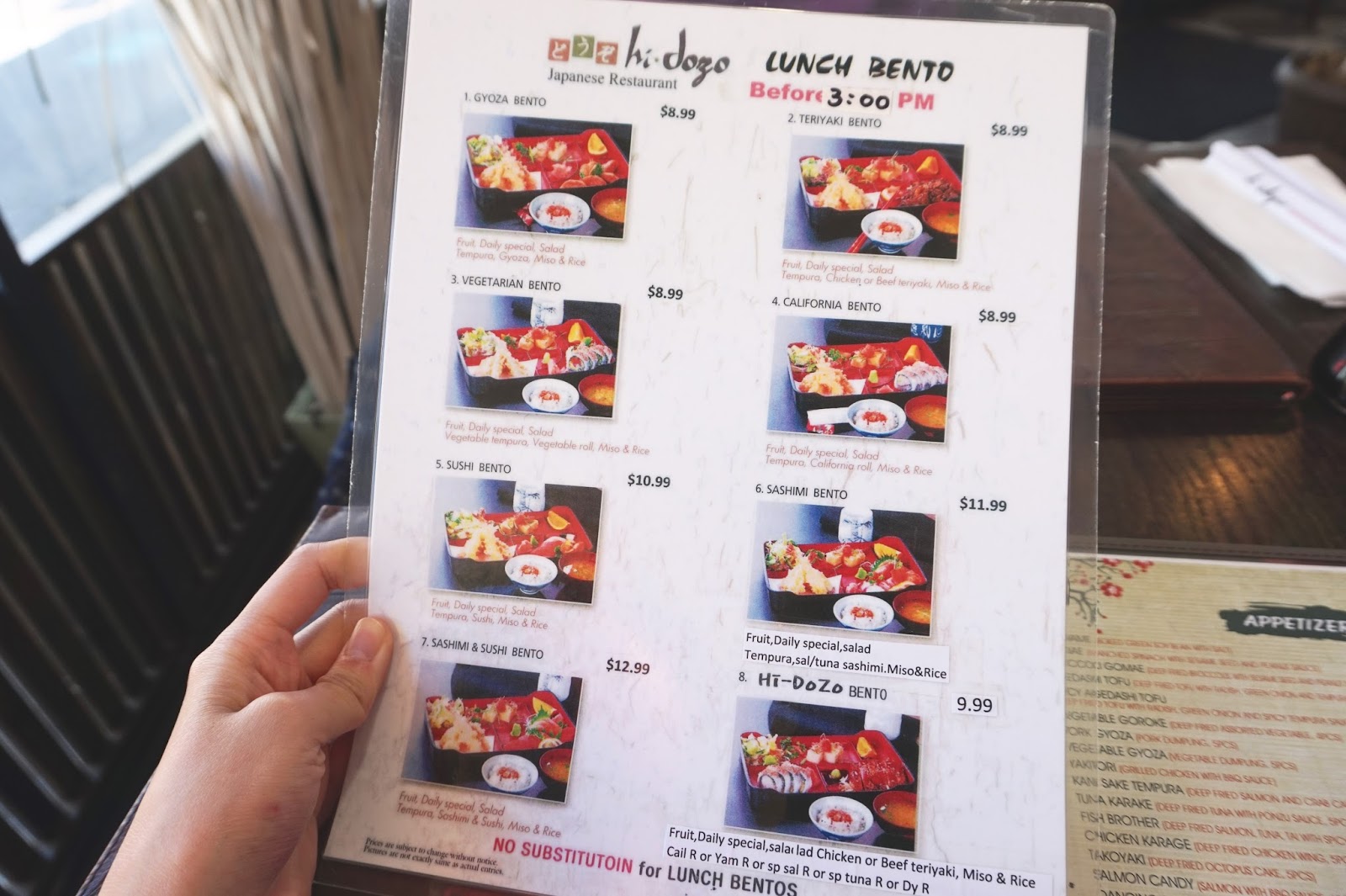 Here's a look at their lunch specials! 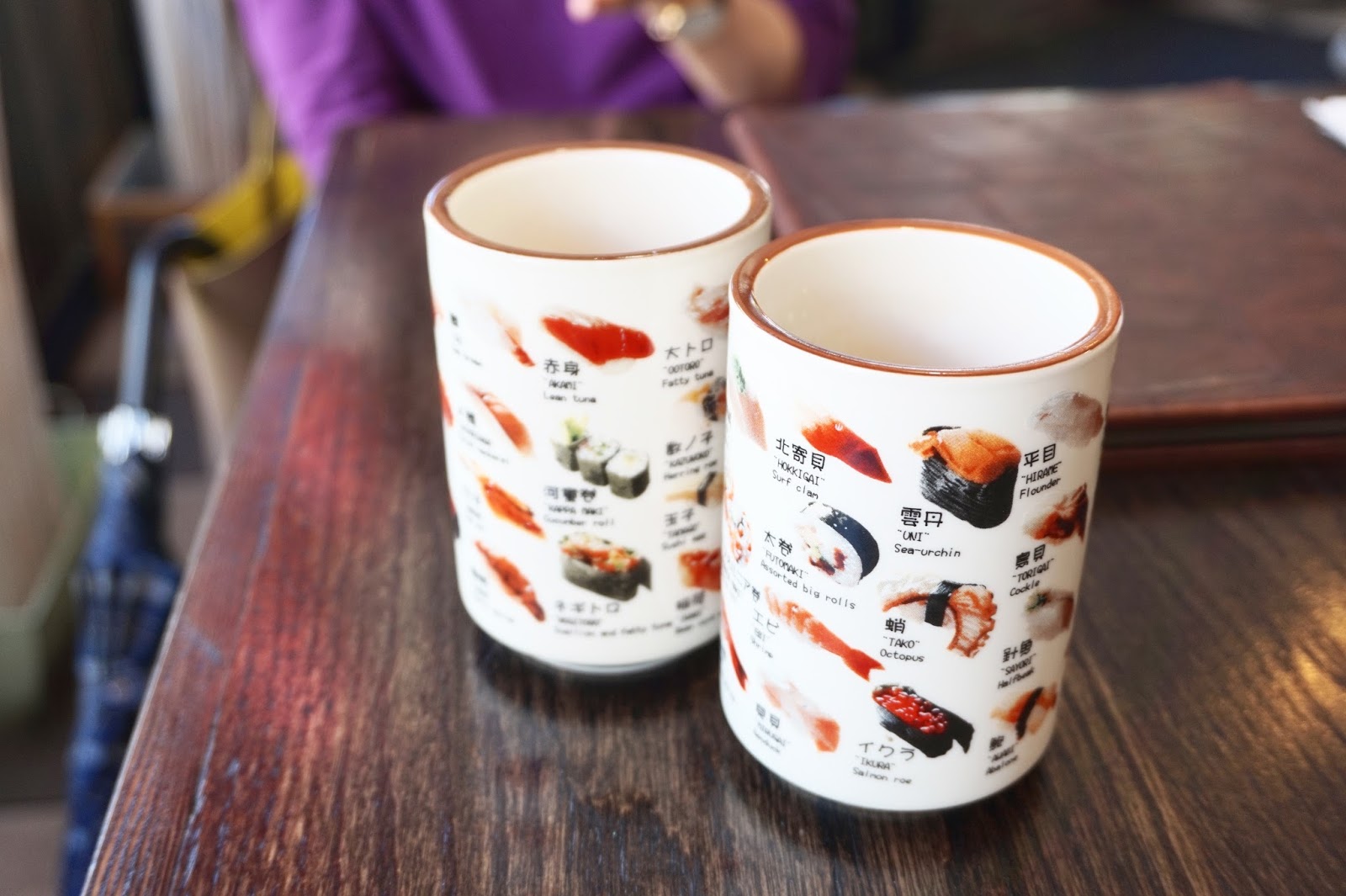 OMG...these cups are SO KAWAII!! <3
I've seen these at other sushi restaurants before, I want one!!