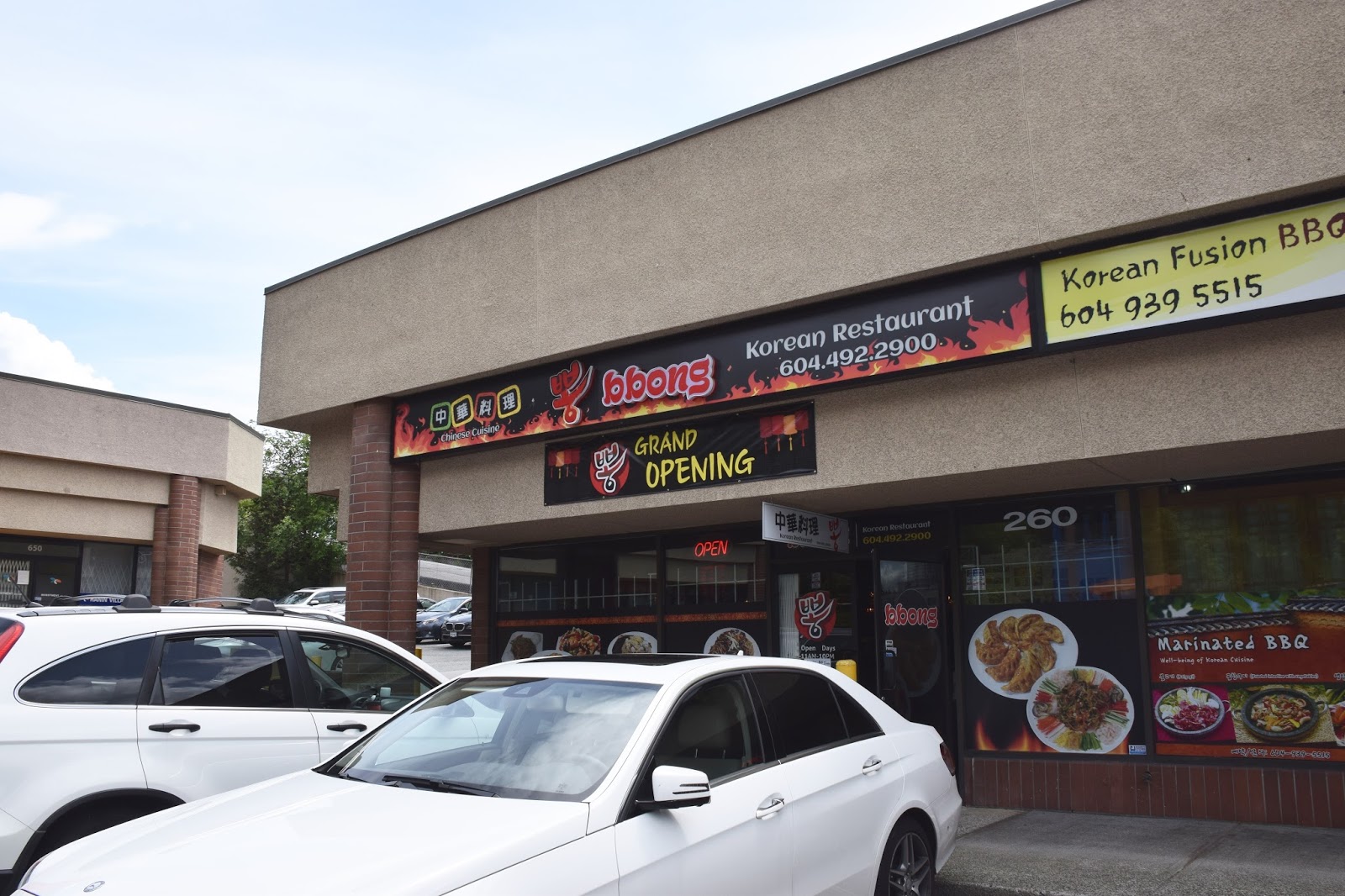 I go through phases. Be it with clothing, the books I'm reading, the videos I watch...and food is no different. My current food phase: Korean Chinese food! Hmm...must be all the mukbangs I've been watching...

Most Korean Chinese restaurants have family combos (which come with a jajangmyeon, a jjampong, and tansuyuk/kanpoongi) for around $30. Considering the amount of food you get (which is usually enough for 3-4 people) $30 is a total steal! The one at Bbong is only $25.99/$27.99 (depending on which meat you get.) I usually bring my mom, she has the jaampong, I have the jajangmyeon, and we share the fried pork (we always manage to finish everything!)

Bbomg is a new-ish restuarant that just opened in Hanin Village, beside Hmart! The inside is quite spacious, they have sectioned off booths for larger parties! Oddly enough the waitress didn't let me take pictures (at all)...so I had be super discreet about it (I wasn't about to let a photo opt go to waste!) 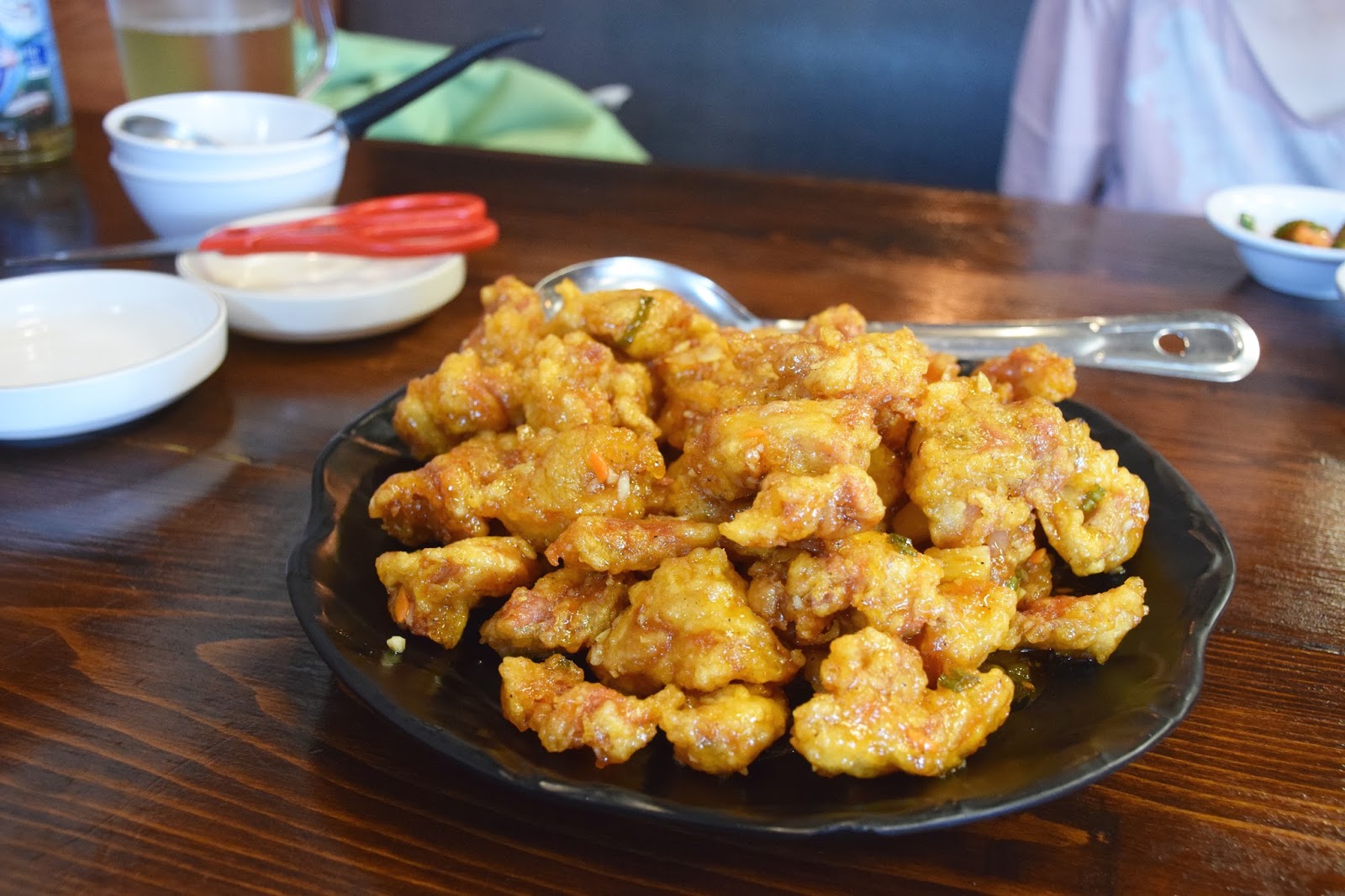 I like this alot better than Hee Rae Deung's version!! Compared to HRD's kanpoogi, BBong's is a lot more flavourful. It really packs a punch. It's rather sweet, but really heavy on the garlic (bring some mints!) The exterior is lightly battered and the sauce clings to each piece beautifully! 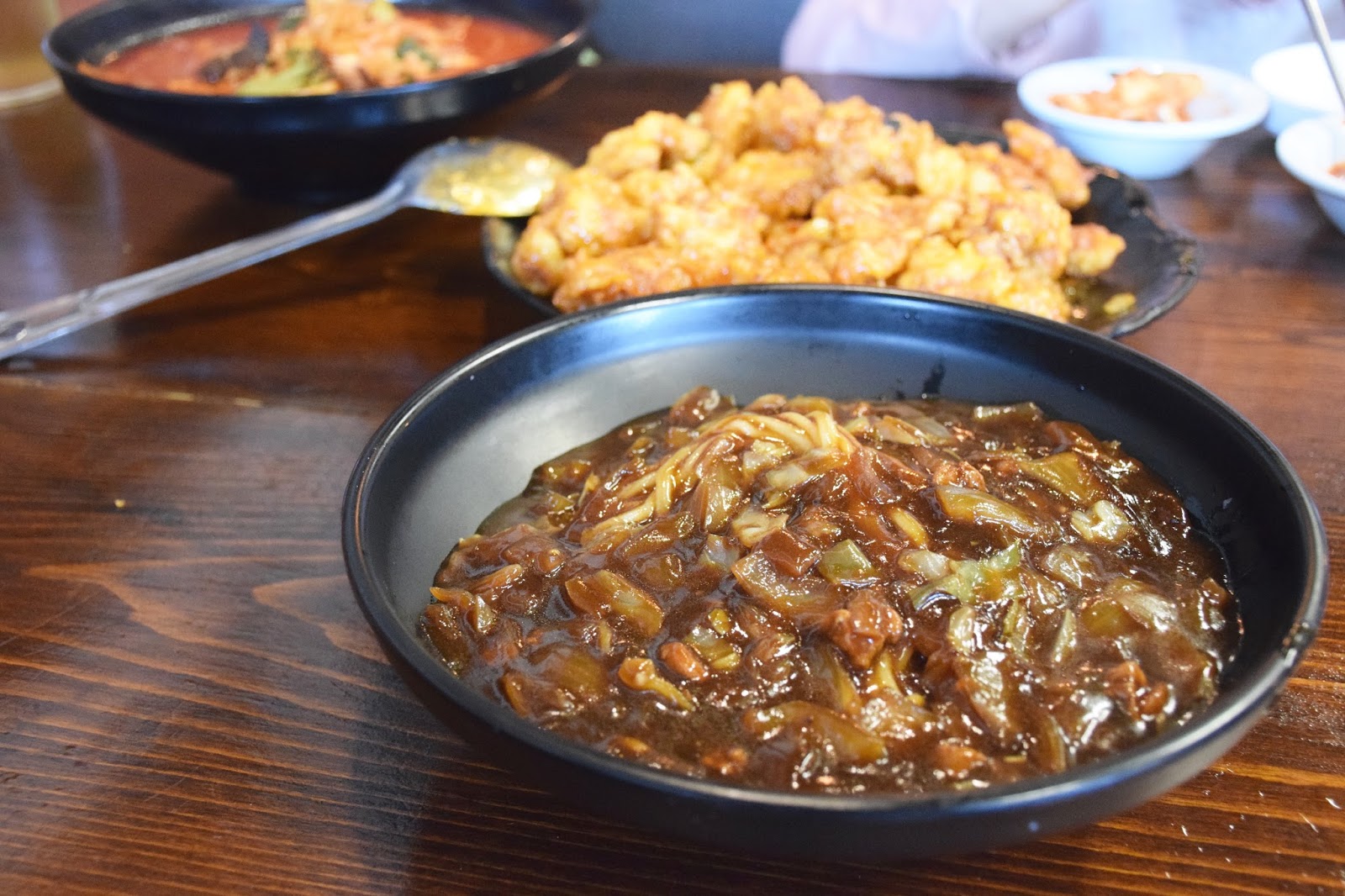 Flavour wise, this far surpasses the one at Hee Rae Deung. The noodles however, were a bit lacking. They were a tad overcooked. The noodles are definitely better at HRD. The sauce was lovely though! Really flavourful, I could definitely taste the black bean! 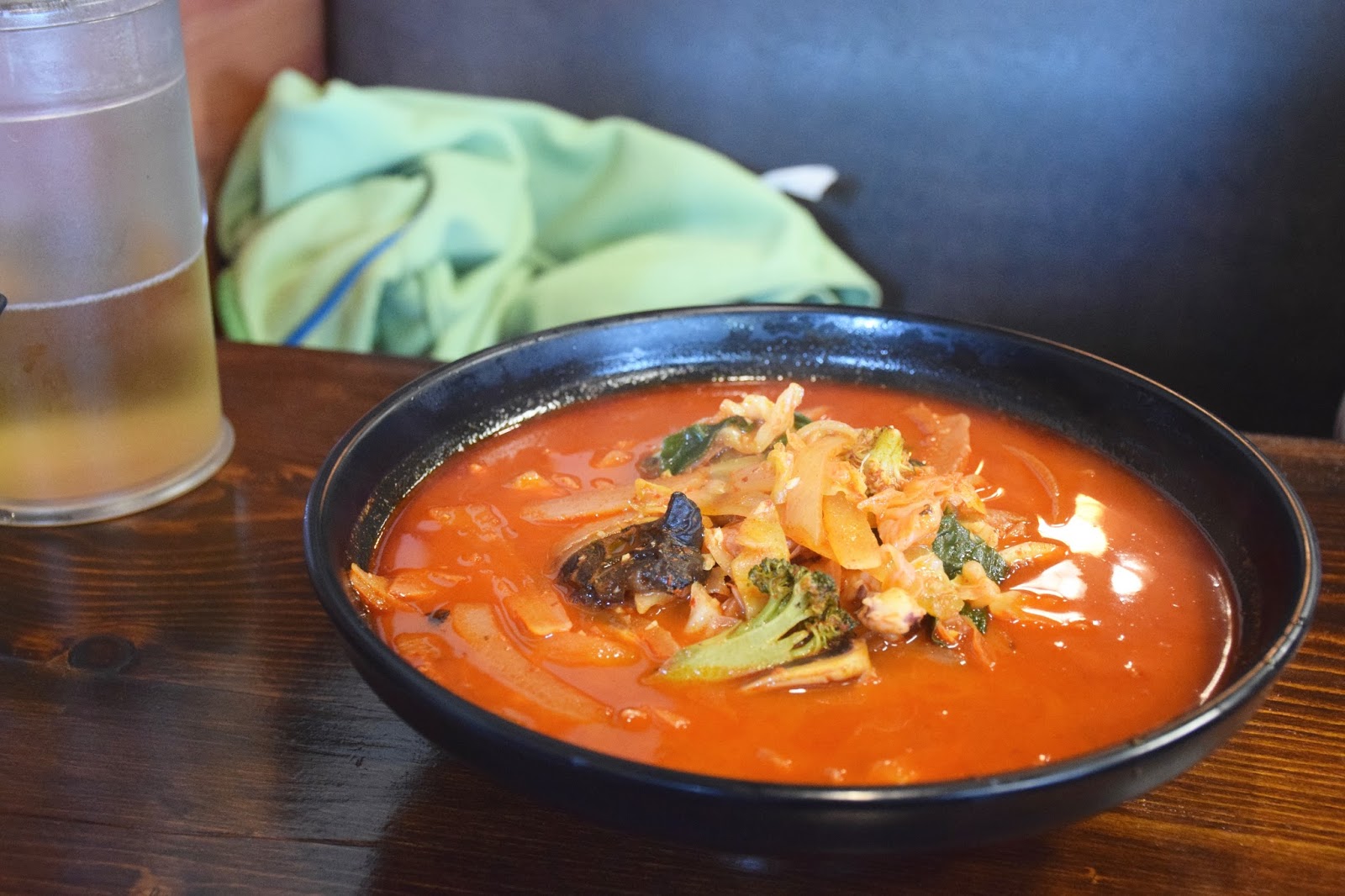 According to my mom, this was unbearably spicy. She was hacking the entire time she was eating it and drinking copious amounts of water. But honestly, it really wasn't that bad.

There was no absence of flavour! We appreciated the generous amount of vegetables. This one had considerably less seafood than the one at HRD. 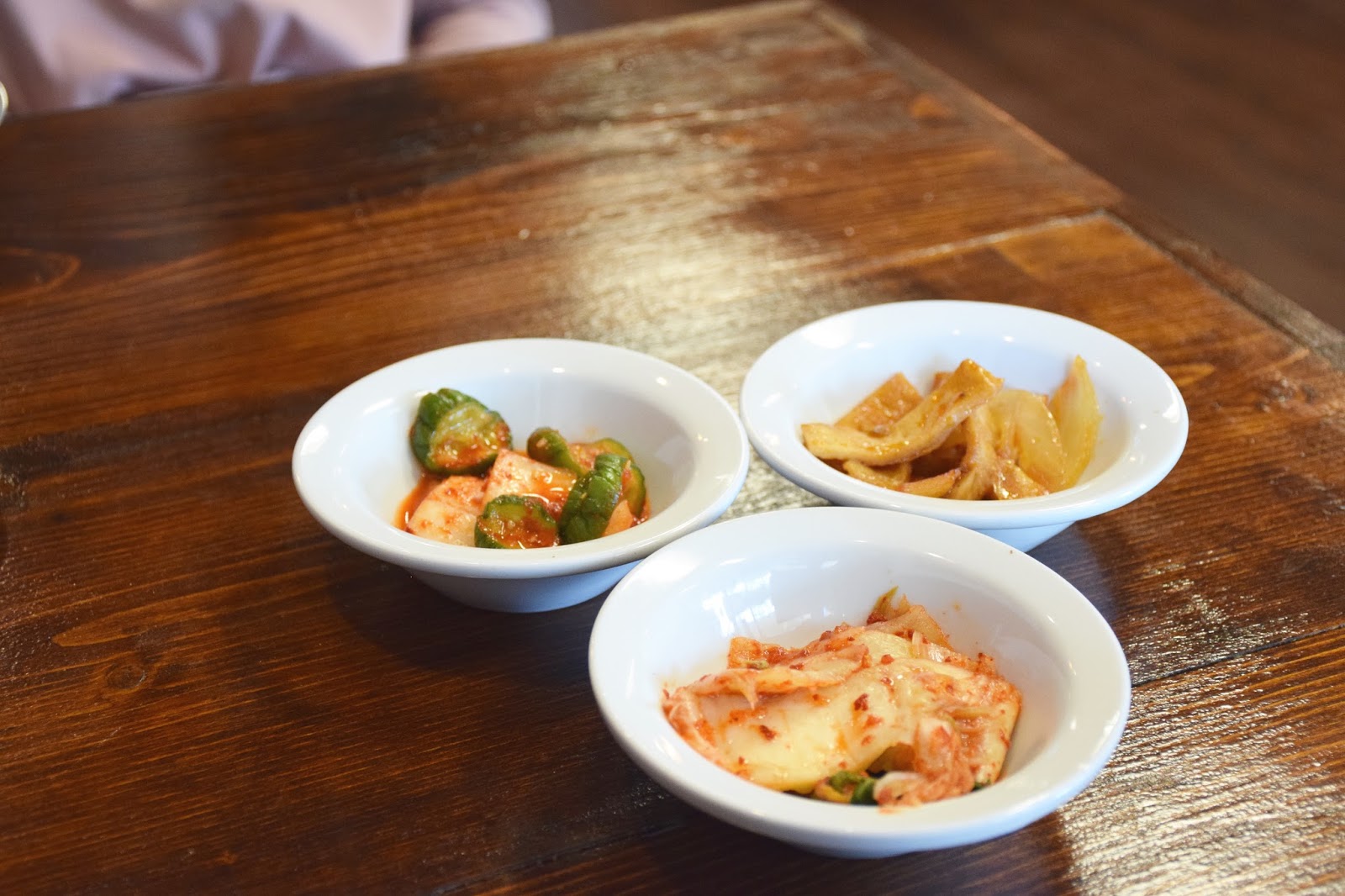 We really liked how they included fish cakes, most places don't. The pickled greens and kimchi tasted the same, and had a nice kick. The other table got pickled radish with their jajngmyeon, so they probably forgot to give us ours. 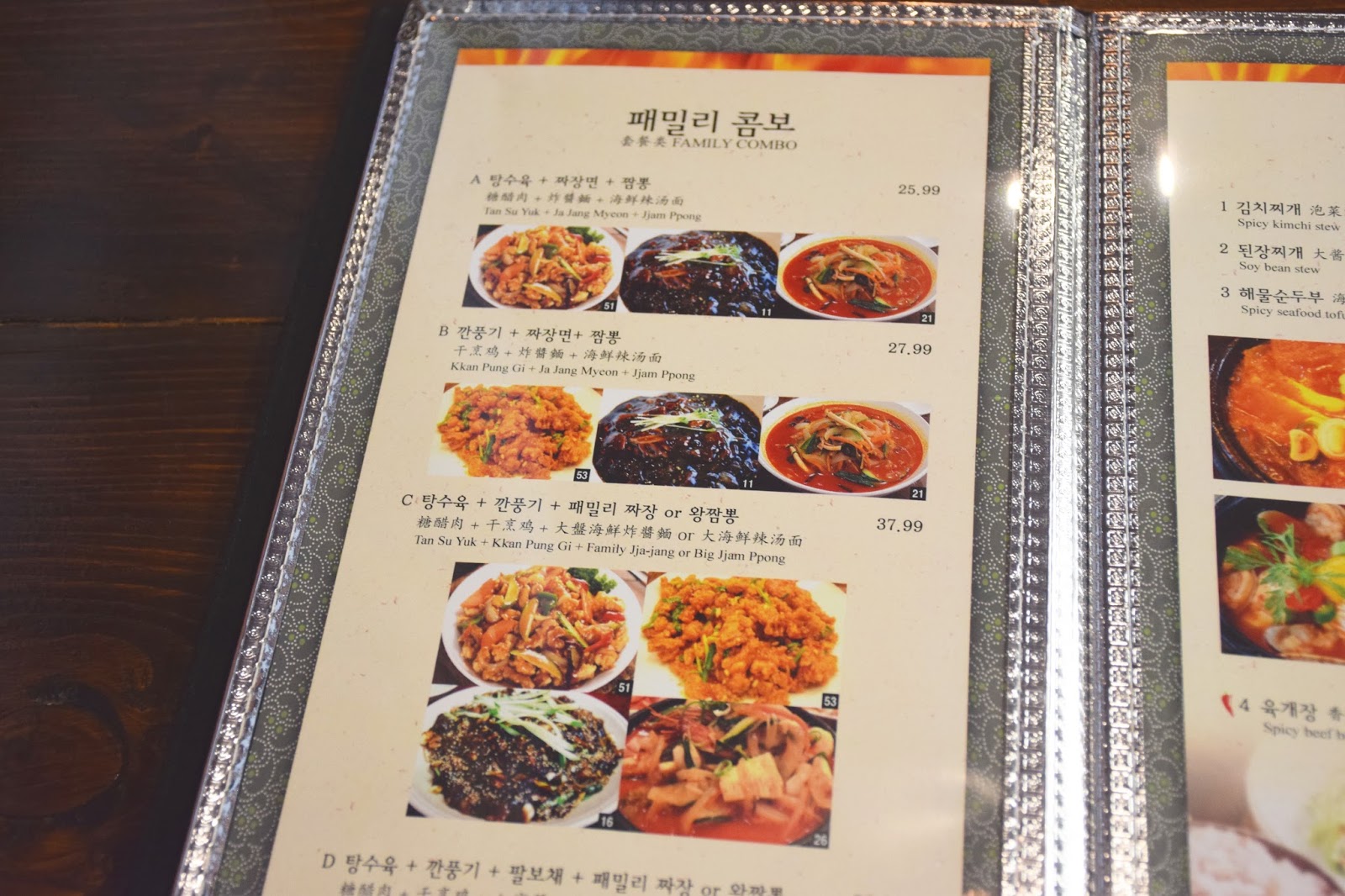 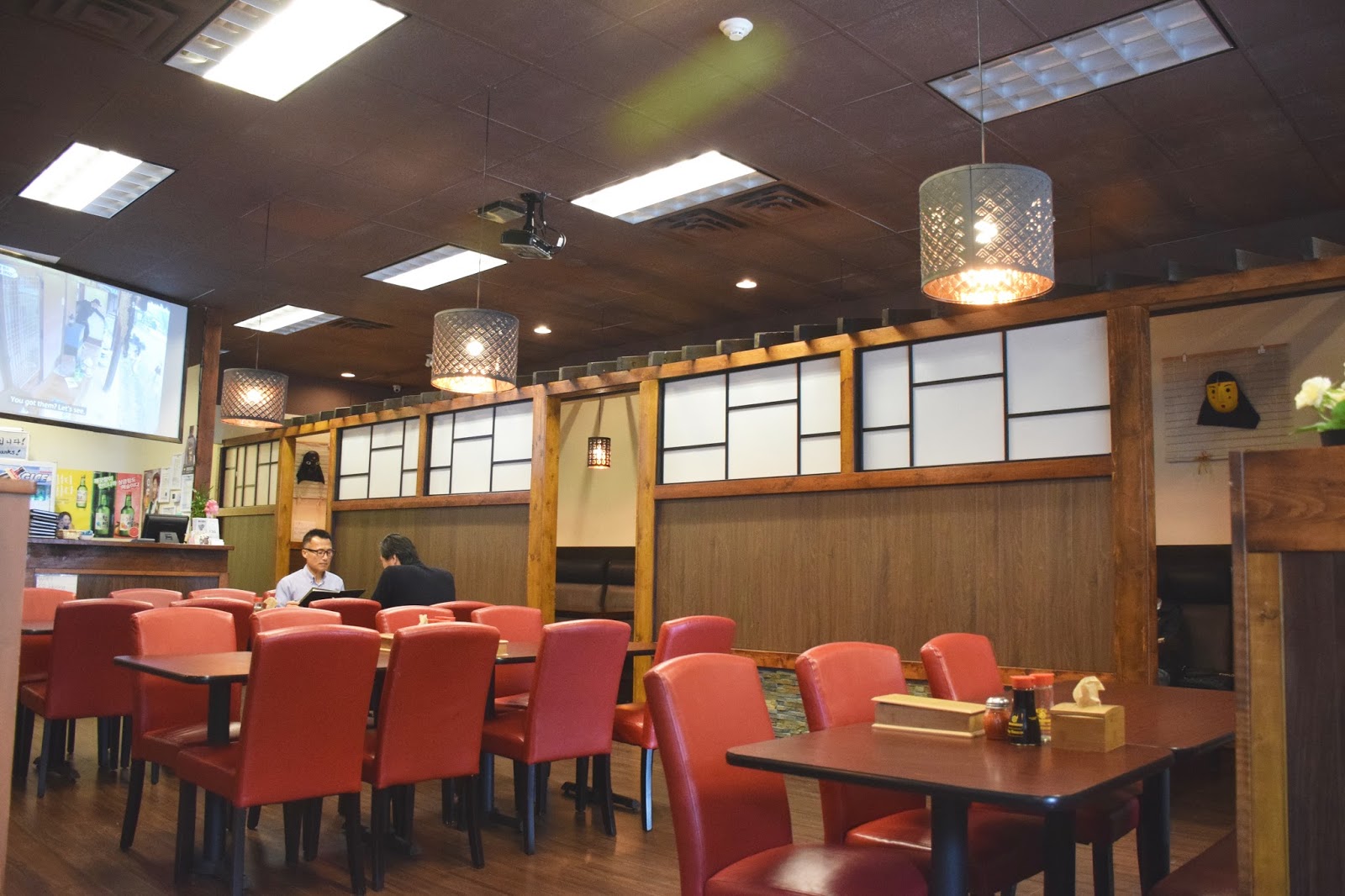