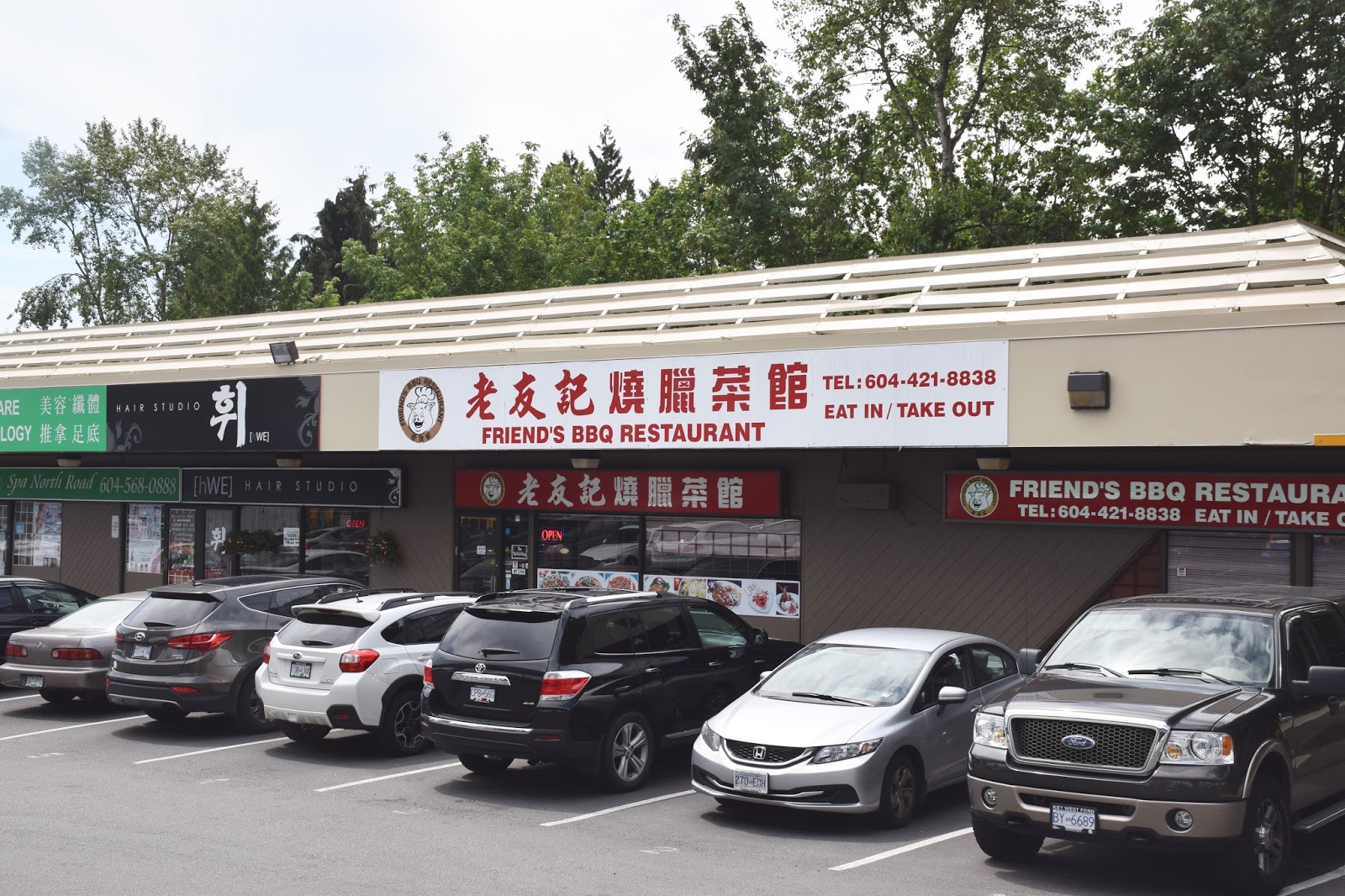 I read a bunch of negative reviews about the service at Friend's BBQ, so I came prepared for the worst. To my surprise (and delight) the service was great (but then again, I had an angry mom in tow.)

My mom gave the waitress the dirtiest look when the char siu and roast pork came...she was like "There's so little meat! THIS IS UNACCEPTABLE!! I'M NEVER COMING BACK HERE AGAIN!!" I was expecting an argument to ensue, but the waitress smiled apologetically and walked away without saying a word. My mom is a hard woman to please (see what I have to deal with?)

The waitress (who I suspect was the owner) came back to check on us a few times, and both times she smiled super big (probably because she thought my mom was still angry harhar...she was.)

After finishing our pot of rice we were still hungry so we ordered a sweet & sour pork with rice...which we also finished! 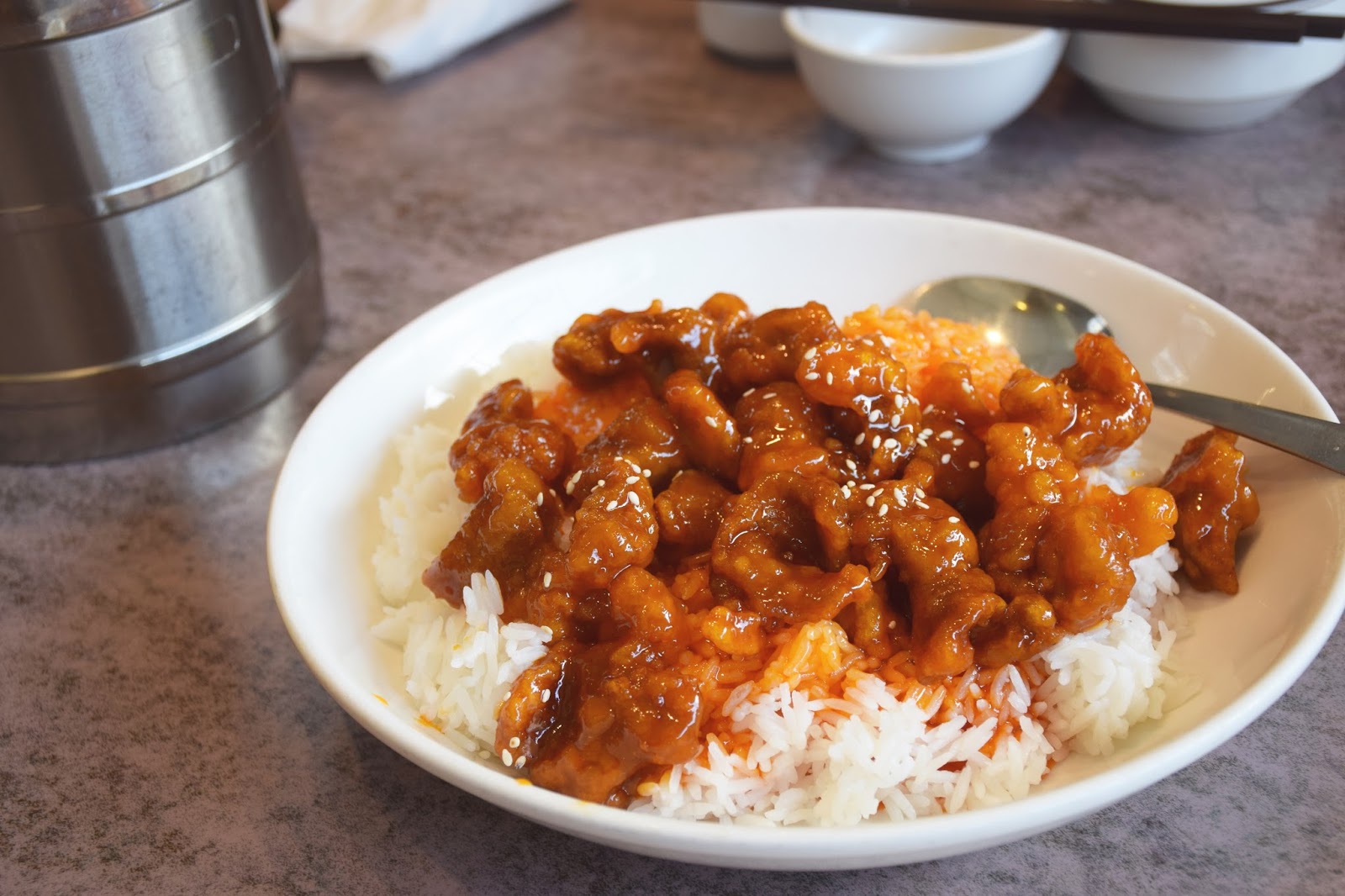 This was surprisingly great!! This is the lightest battered S&S pork I've had!! As a result, the exterior was crisp and had a great crunch!! The sauce was a radioactive shade of orange, and was more sweet than sour. This came with a generous amount of rice underneath which we happily gobbled up! 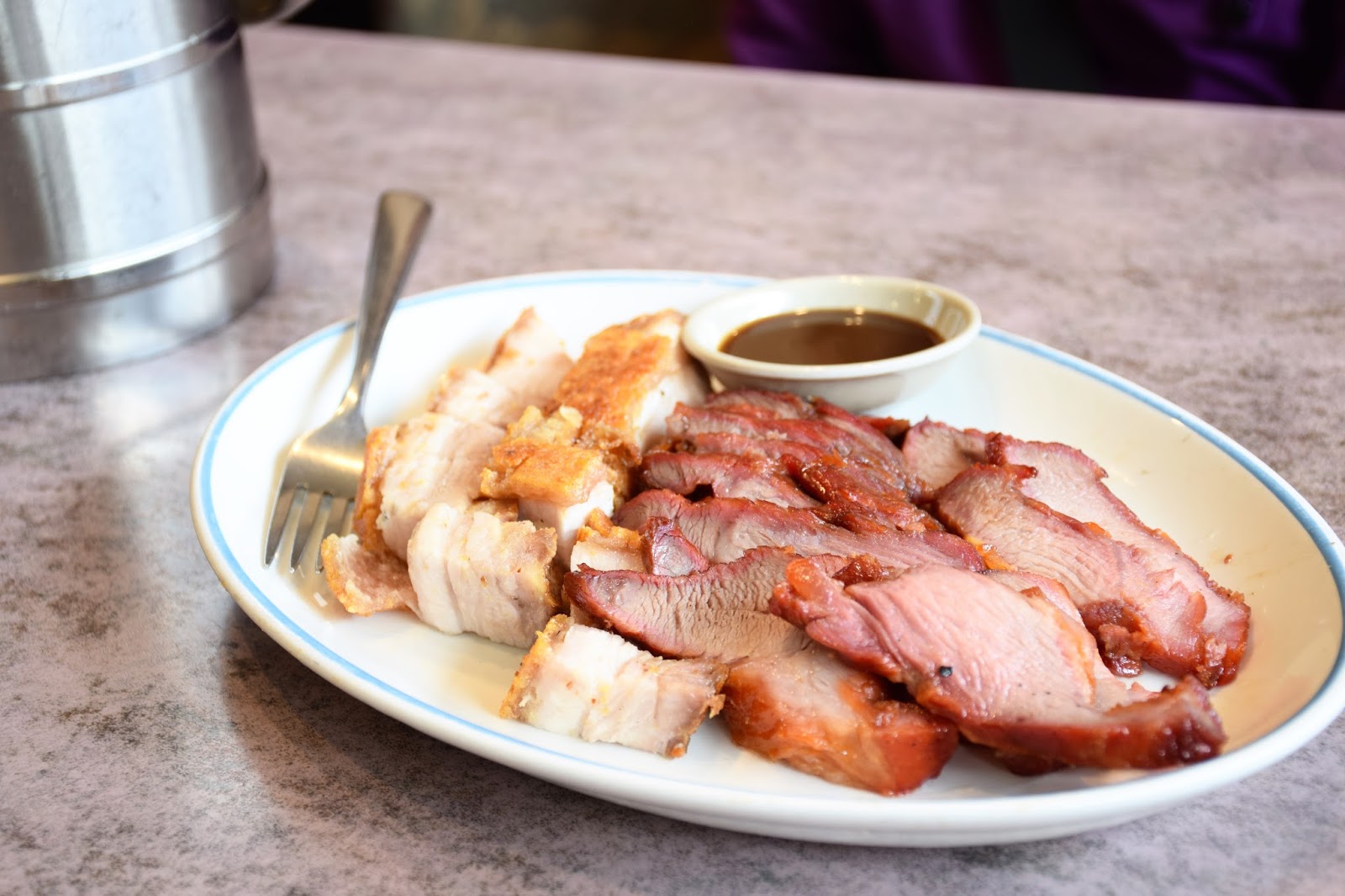 Portion wise, this was probably the thinnest sliced char siu I've ever had. The char siu at places in Richmond are twice as thick!! Same goes for the roast pork, the pieces were tiny! Flavour wise, it was just okay. The char siu wasn't flavourful enough for my liking, it lacked that distinct sweet-tish char siu flavour (I guess that's what the plum sauce was for.) 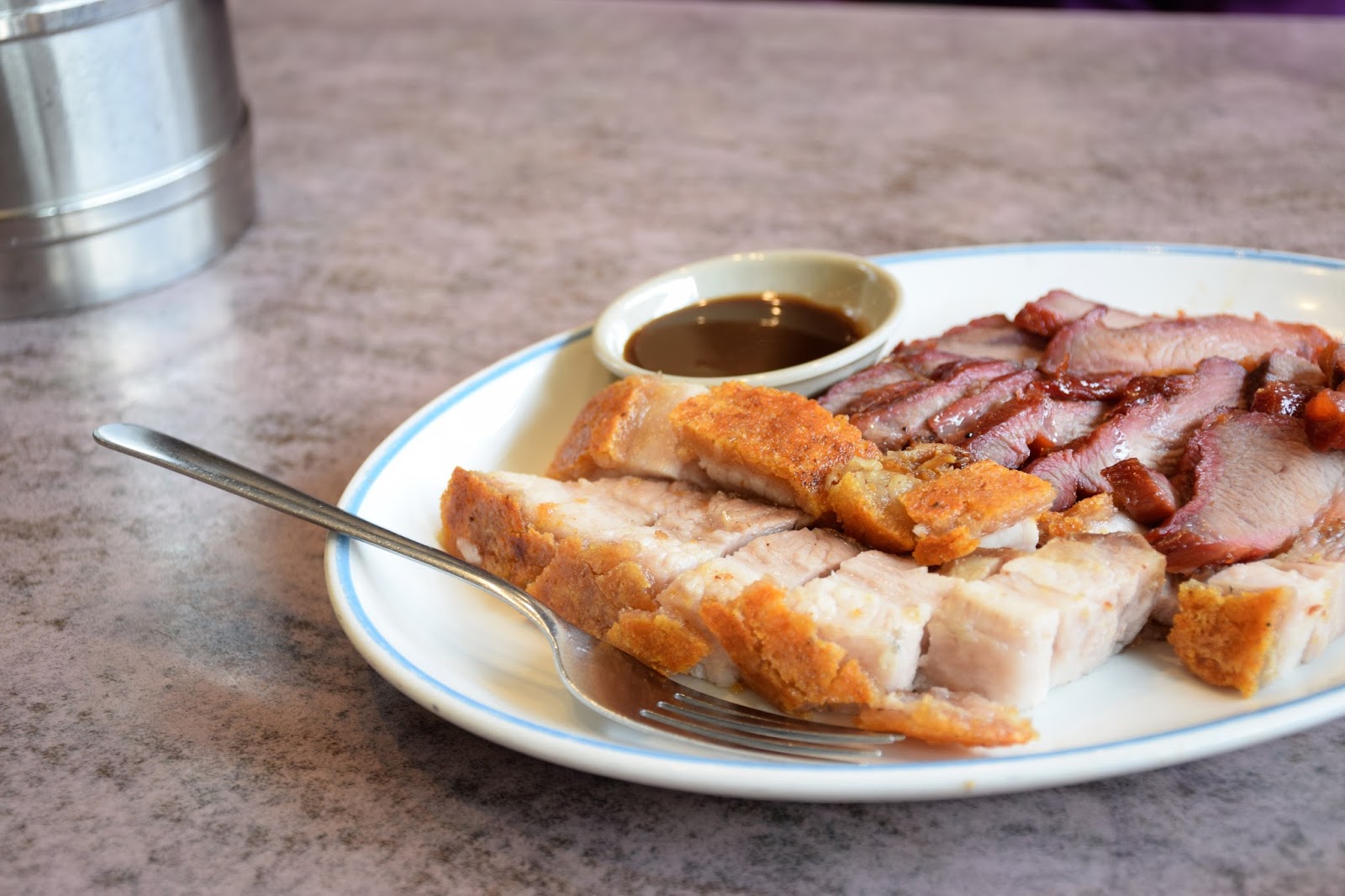 The roast pork was just average as well, the fat was juicy and succulent; the skin was crispy, but it didn't wow me. The pieces were quite small, which was a bit disappointing. 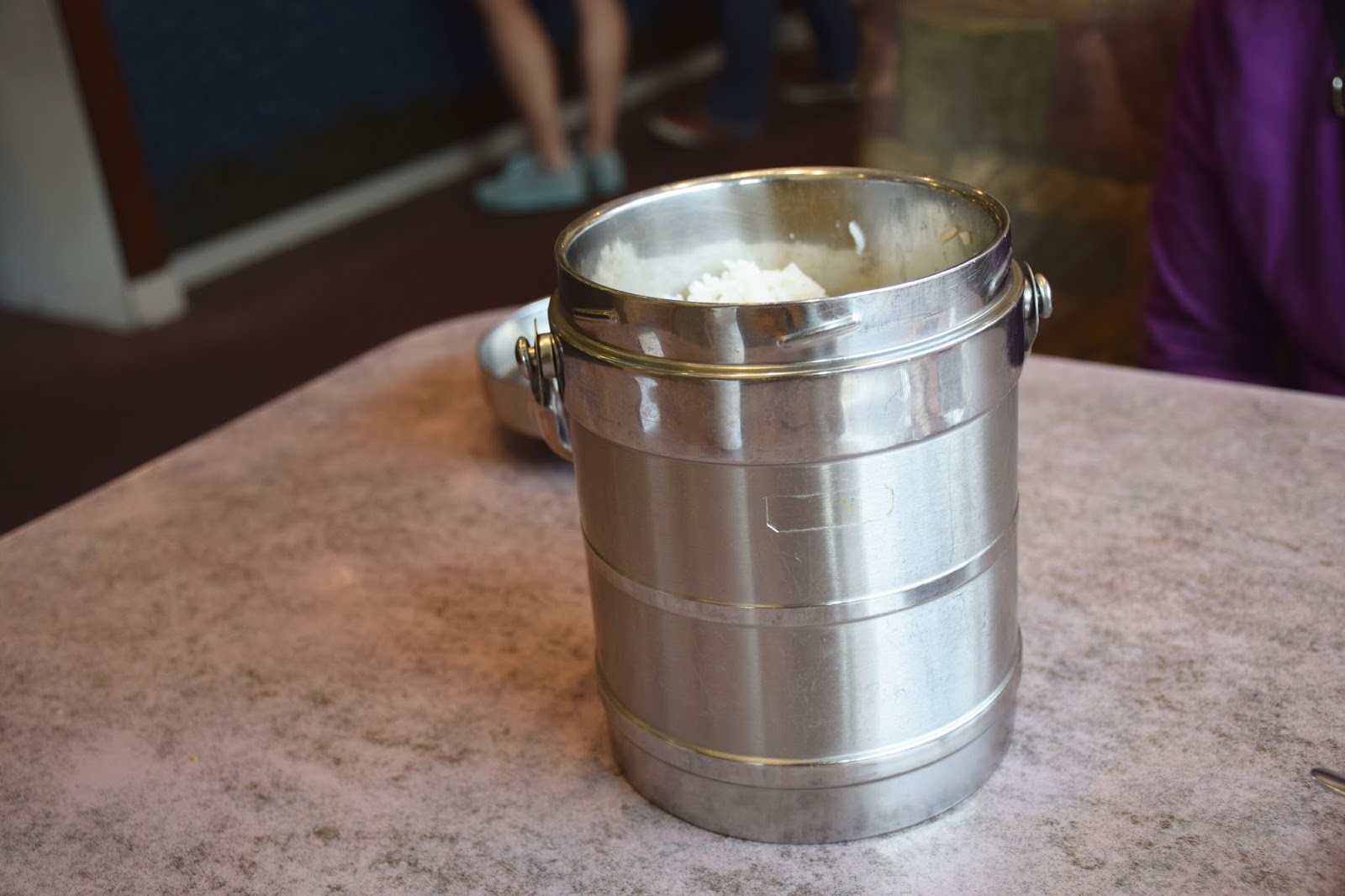 Our bucket full of rice!! :D 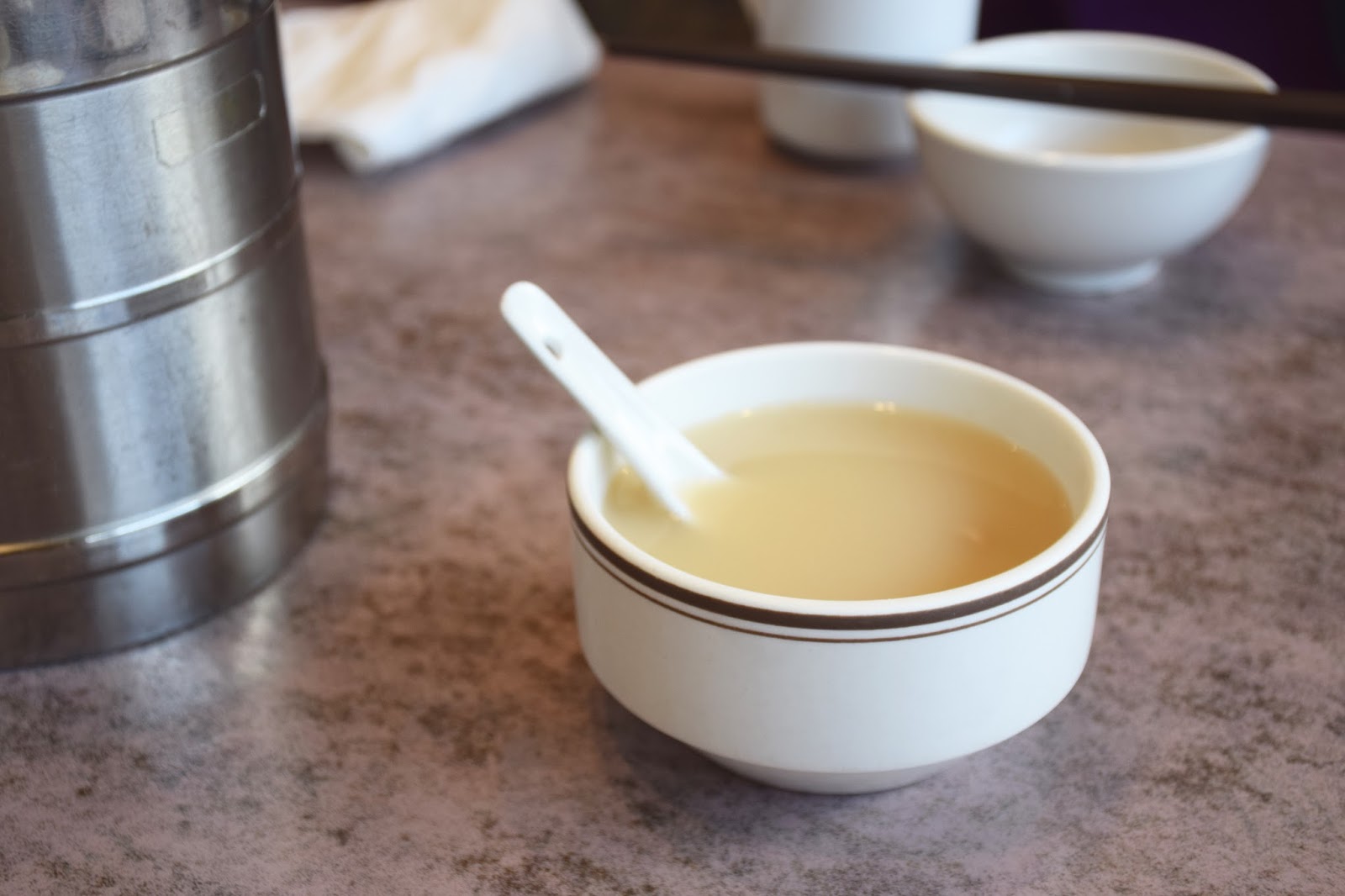 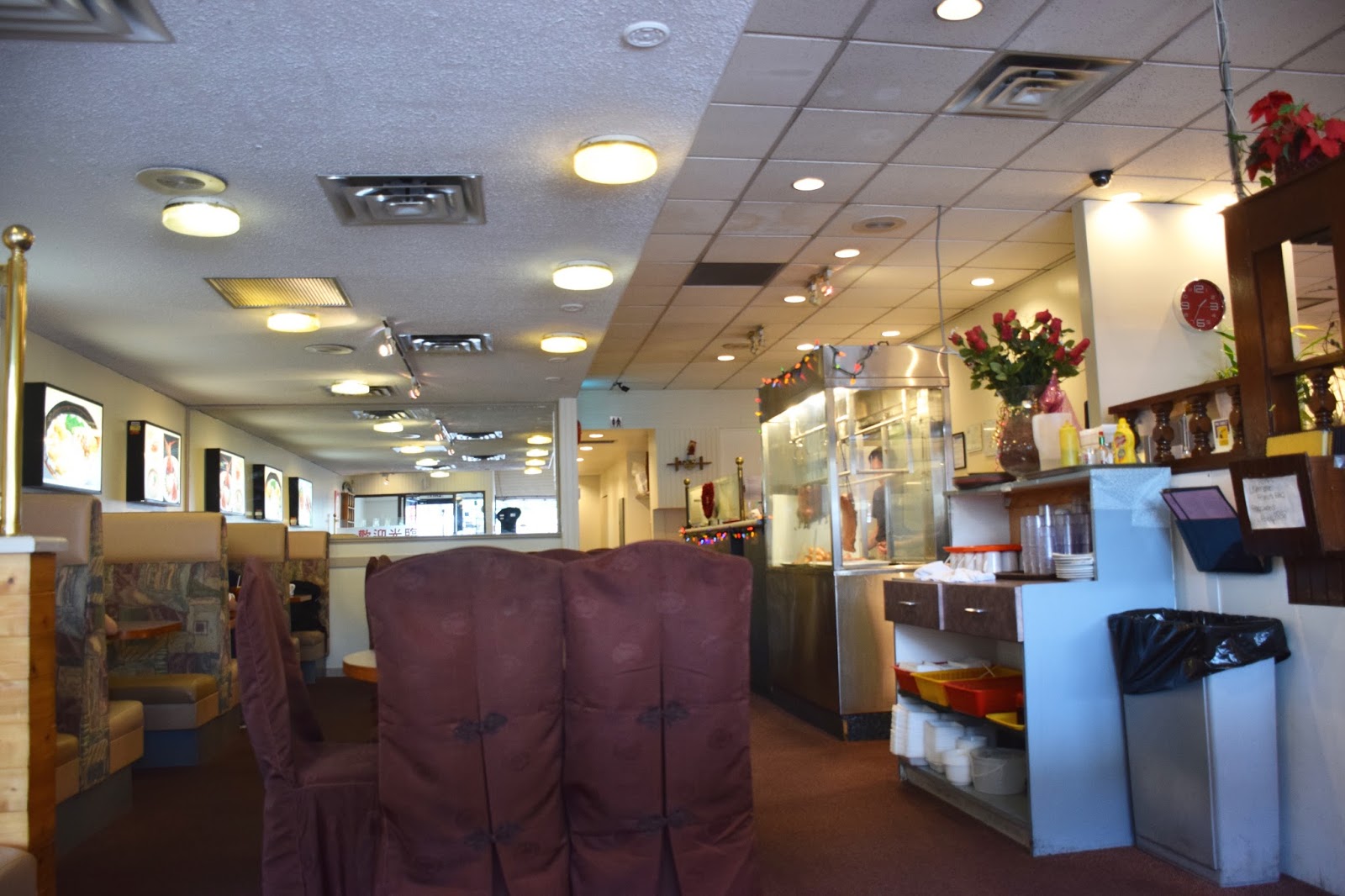