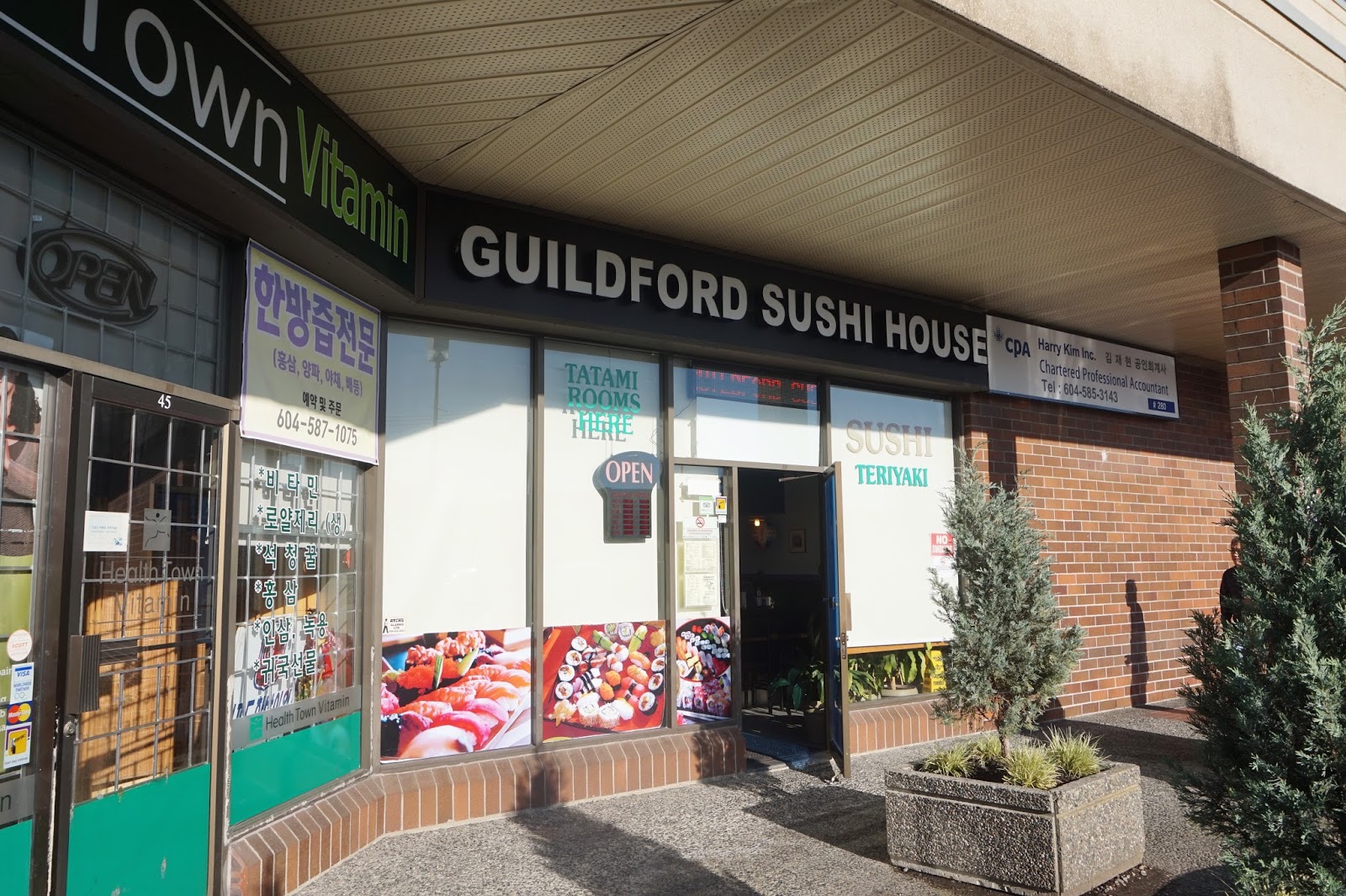 So my dad...being the cheap asian Dad that he is, wanted to go to Tengoku Sushi (his favourite sushi restaurant) but didn't want to shell out the extra $10 for his bento box (they raise the prices at dinner.)

So he asked me to pick another restaurant in the vicinity. Knowing that he likes cheap, large portions, we decided to go Guildford Sushi House for dinner, Surrey's version of Samurai Sushi!

My dad was pretty shocked when they brought out the sushi and it was only then that I realized I had ordered too much food...jk there's no such thing as too much sushi ;) I was going to order the salmon and tuna don, but my dad jumped on it instead!! Thanks for stealing my order, Dad!! As expected, the don came with thick slices of tuna and salmon. Everything tasted reasonably fresh, but the sushi rice was a little lacking, as it didn't have much flavour. Everything else was fine though! 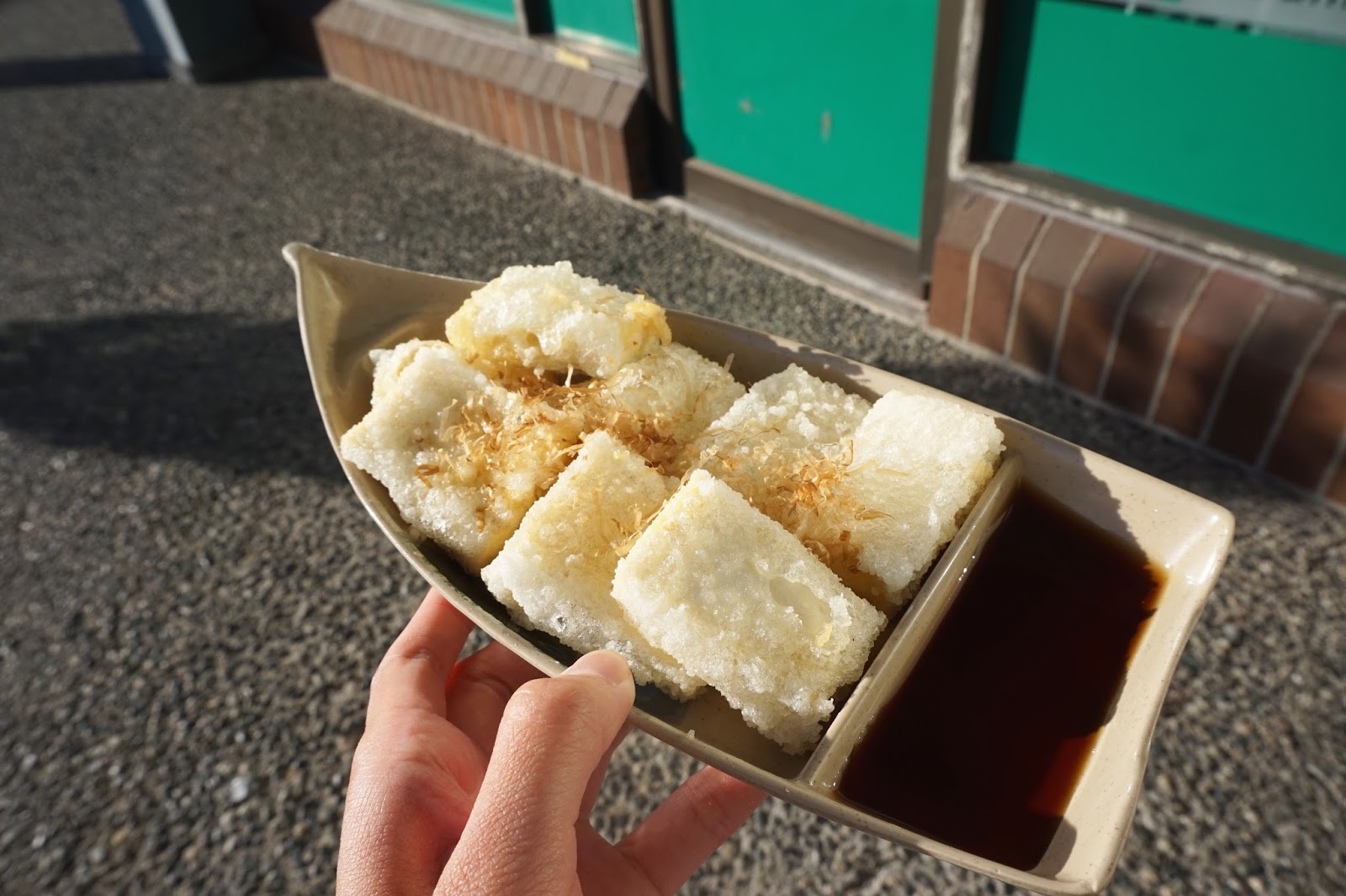 We really enjoyed the tofu!! The batter was airy and crispy, it wasn't heavy at all!! The sauce that it came with helped enhance the flavour. The bonito flakes were a nice touch! 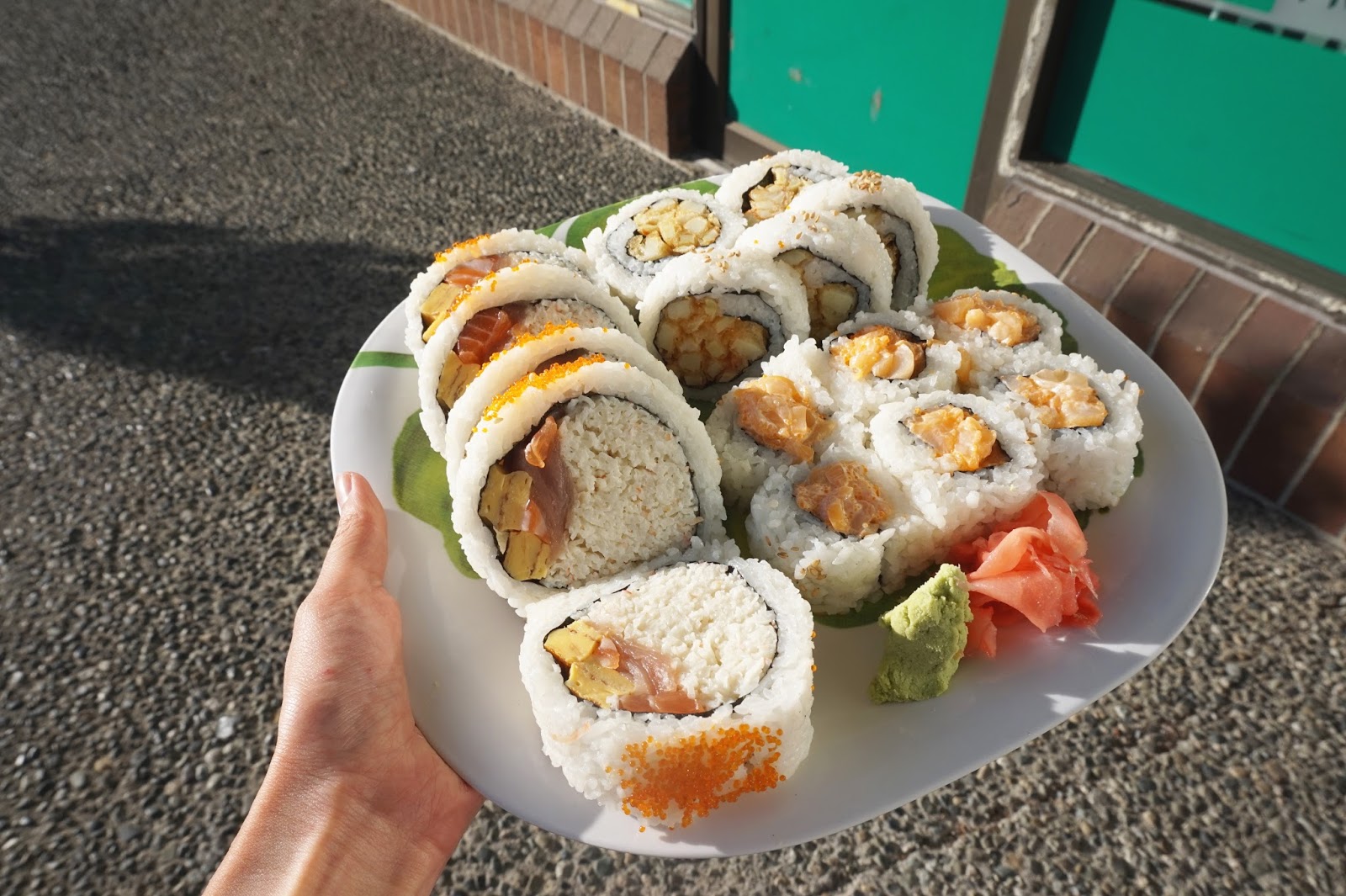 This thing was massive!! In the end, I only stomached 2 and a half pieces. I asked for no raw vegetables so they loaded up on the imitation crab meat. The crab meat was fine, but the tuna in the roll tasted...old. The rice was a weird texture as well, it was wet and a bit mushy. The yam roll was okay, I appreciated the liberal use of yam. The exterior of the yam tempura could've been crispier. 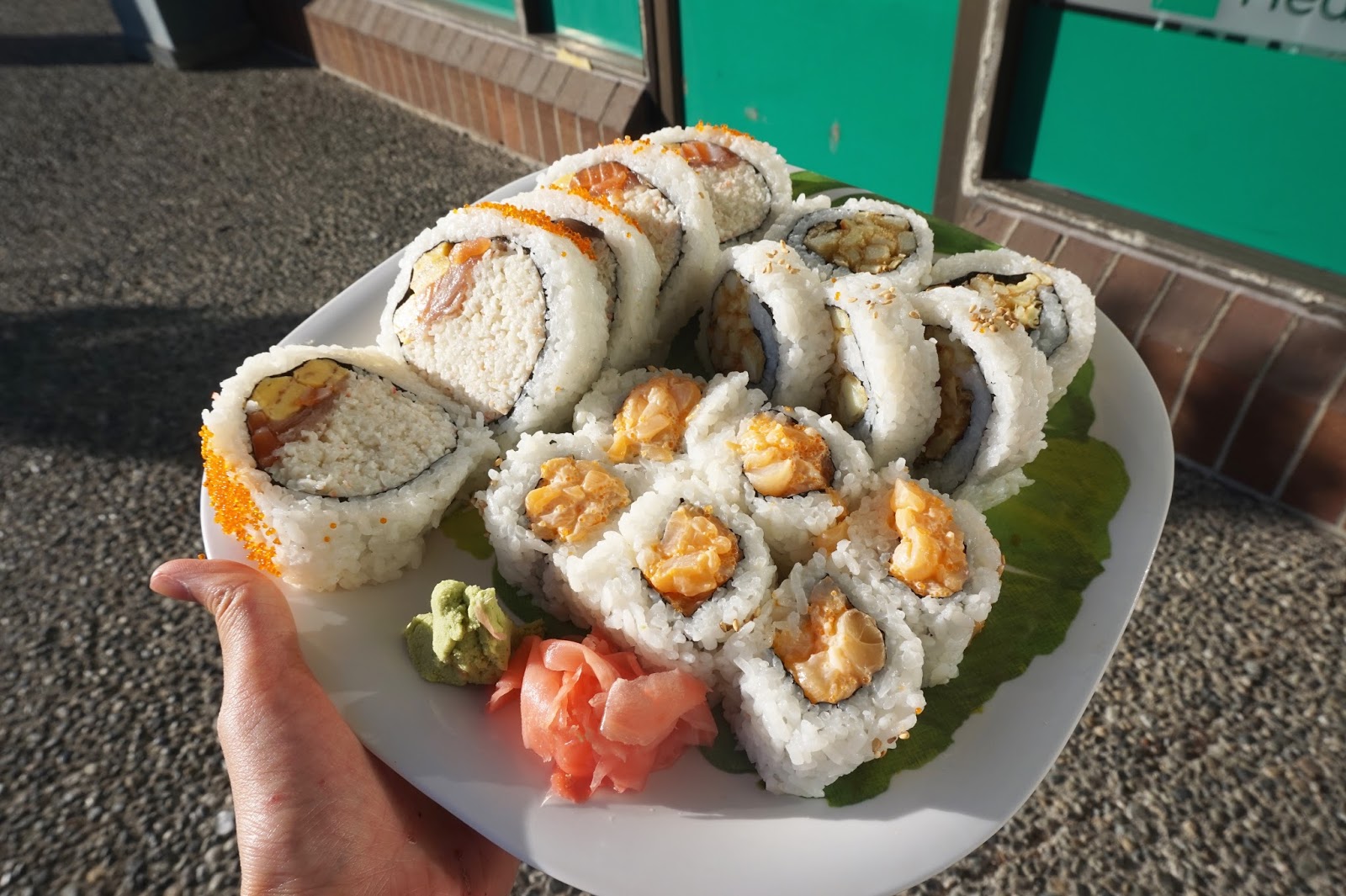 The chopped scallop roll was probably the best out of the three. Lots of scallop to go around, with a generous amount of mayo. If only the rice was better. 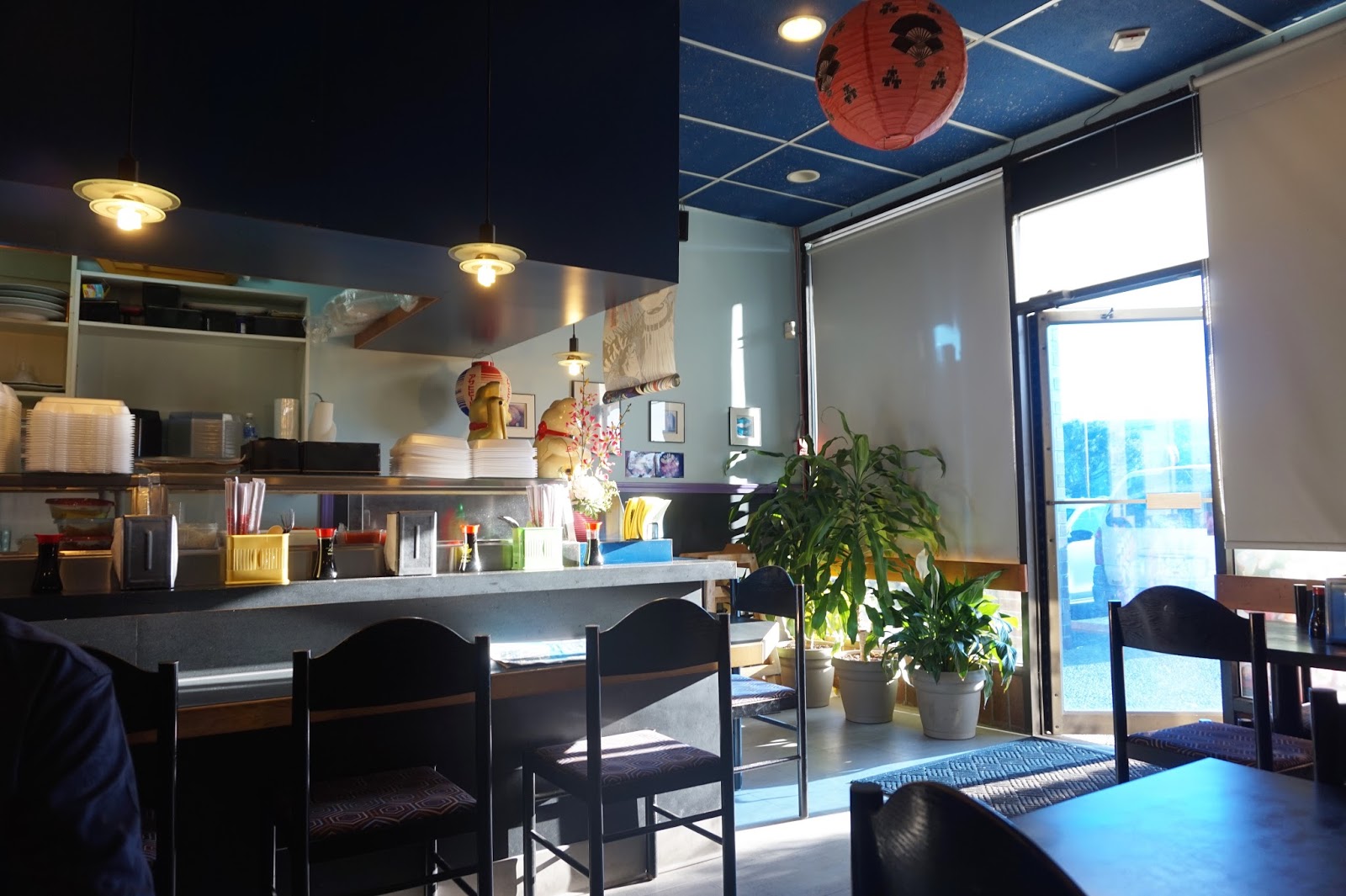 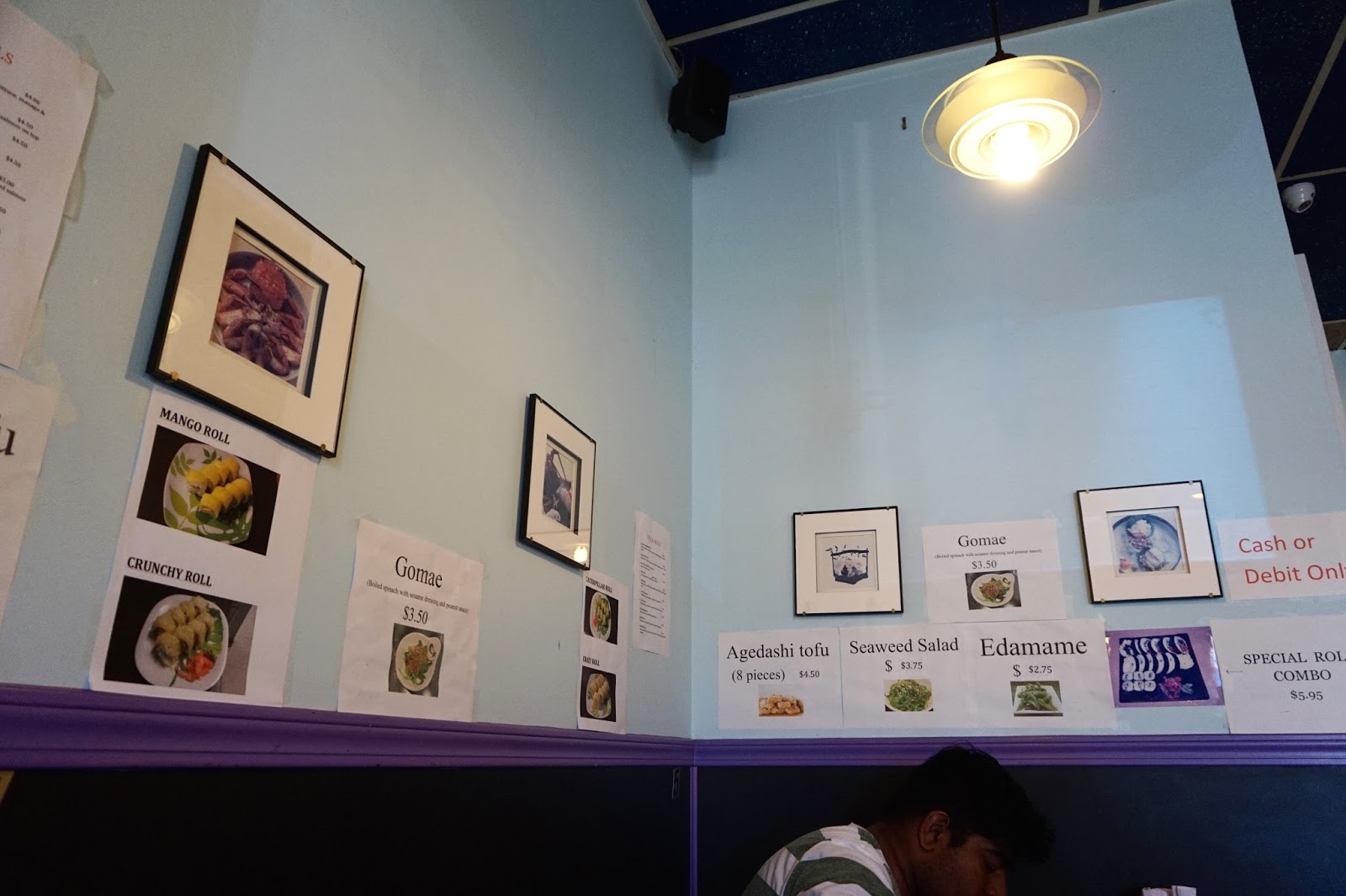 Like Samurai, they have pictures of the menu items on the wall!