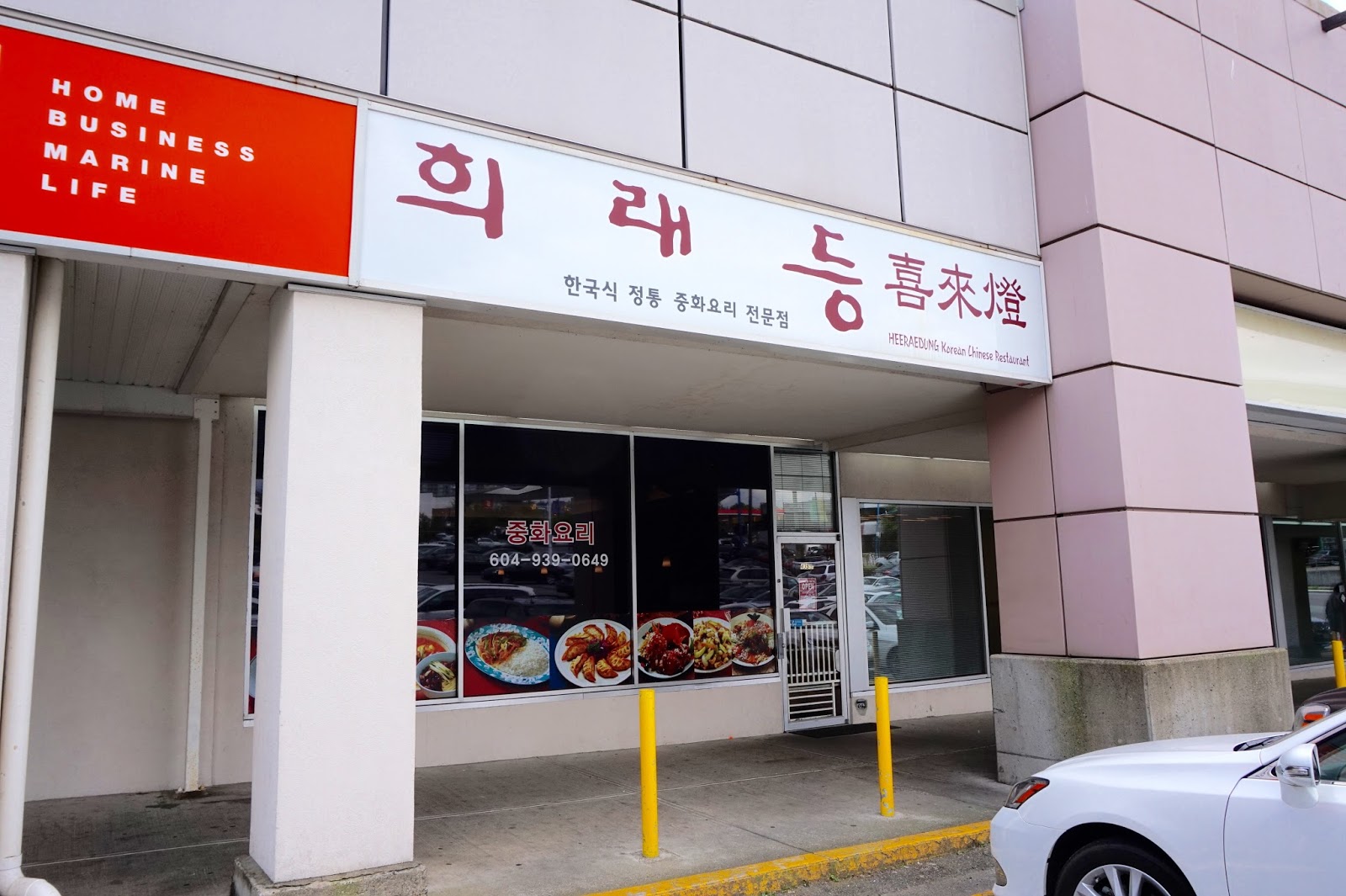 Jajangmyeon, kanpoongi, and tansuyuk is basically the Korean version of Chinese ja jiang mein, kung pao chicken and sweet & sour pork! It's totally different though! Korean jajangmyeon has a thicker paste, kanpoogi is deep fried instead of stir fried, and unlike the Cantonese version, the sauce for the tansuyuk is served on the side (and isn't a radioactive shade of red.)

There are quite a few Korean Chinese restaurants in the vicinity, but Hee Rae Deung is one of the more popular ones!! They're famous for their humongous, family sized portions. I almost fell over when the waitress brought over my tansuyuk...it was shockingly HUGE. Not that I'm complaining, who in their right mind would turn down a mountain of deep fried pork?

Your best bet is to order one of their combos, the smallest combo is only $32 and comes with a jajangmyeon, a jjampong, and tansuyuk ~ which is enough to feed 3-4 people, or 2 in my case. What can I say? My mom and I are big eaters! We managed to finish everything heheh 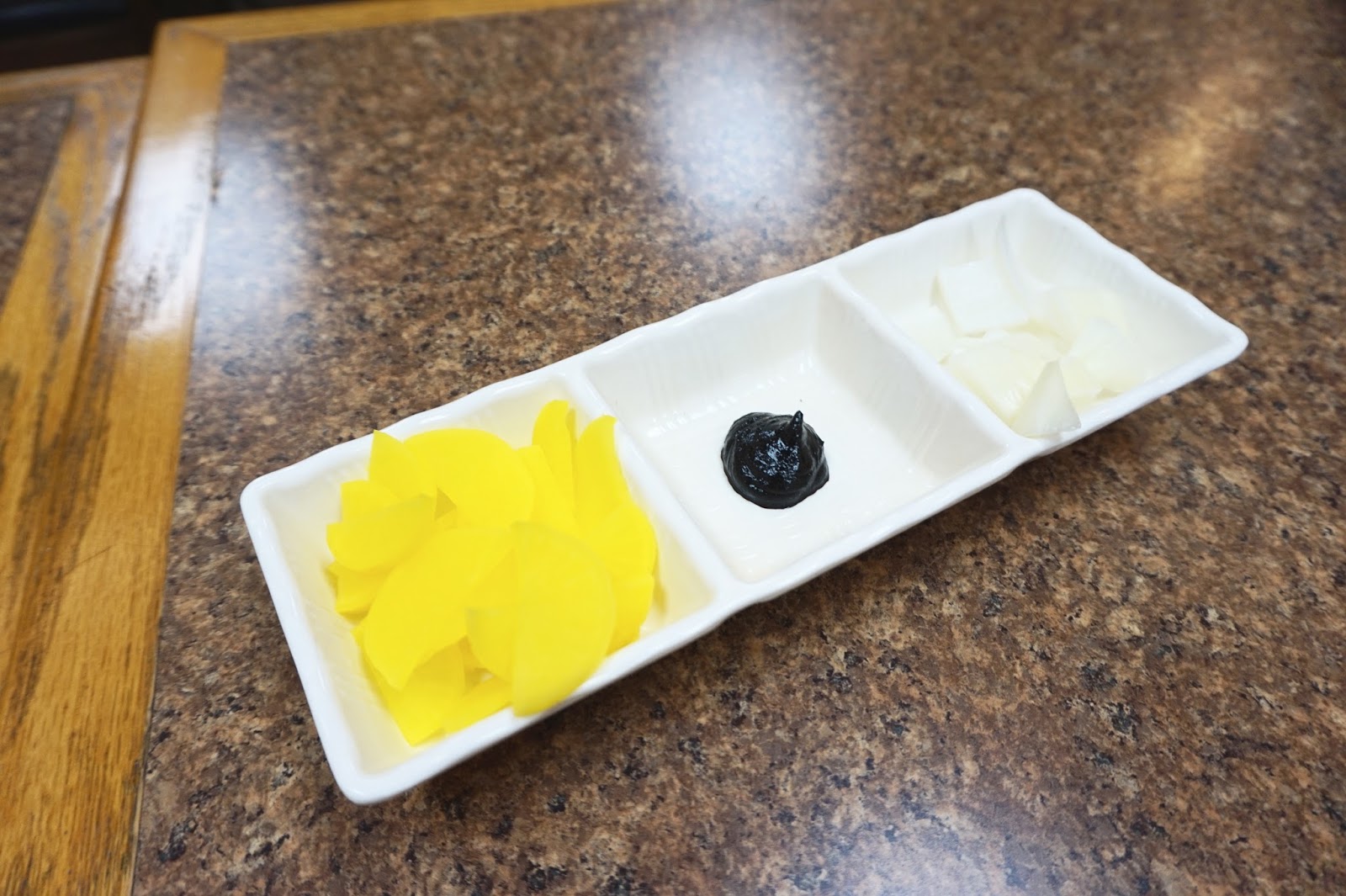 Instead of banchan, they serve pickled radish, and raw onions!! You're supposed to dip the raw onion into the black bean paste, to lessen the sting! 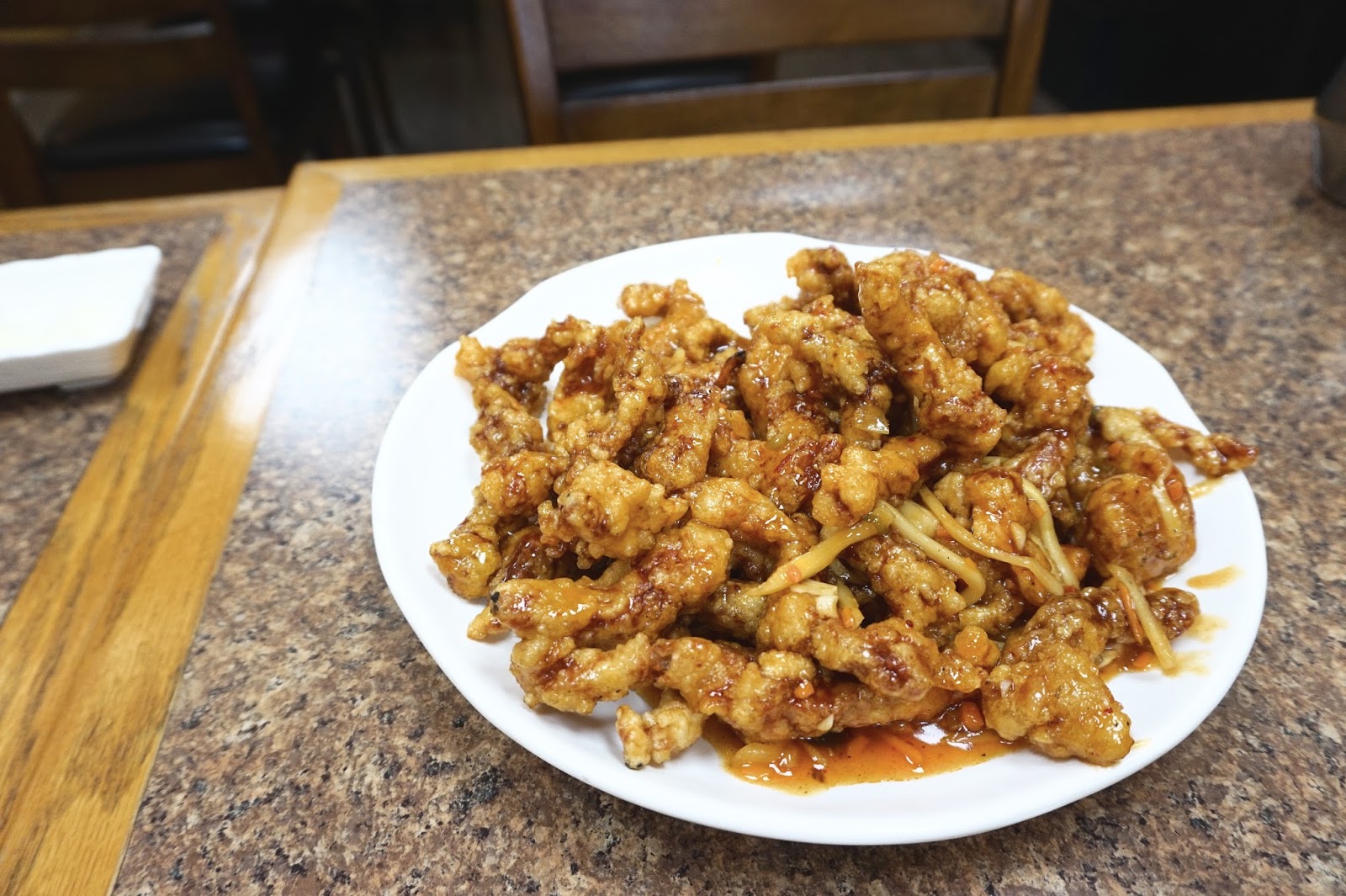 This was described as spicy, but it wasn't spicy at all! I would've preferred if it was spicier. I still really enjoyed it, the pieces of chicken were large and crunchy; and coated in a thick, mildly spicy sauce. I only managed to finish about half :D 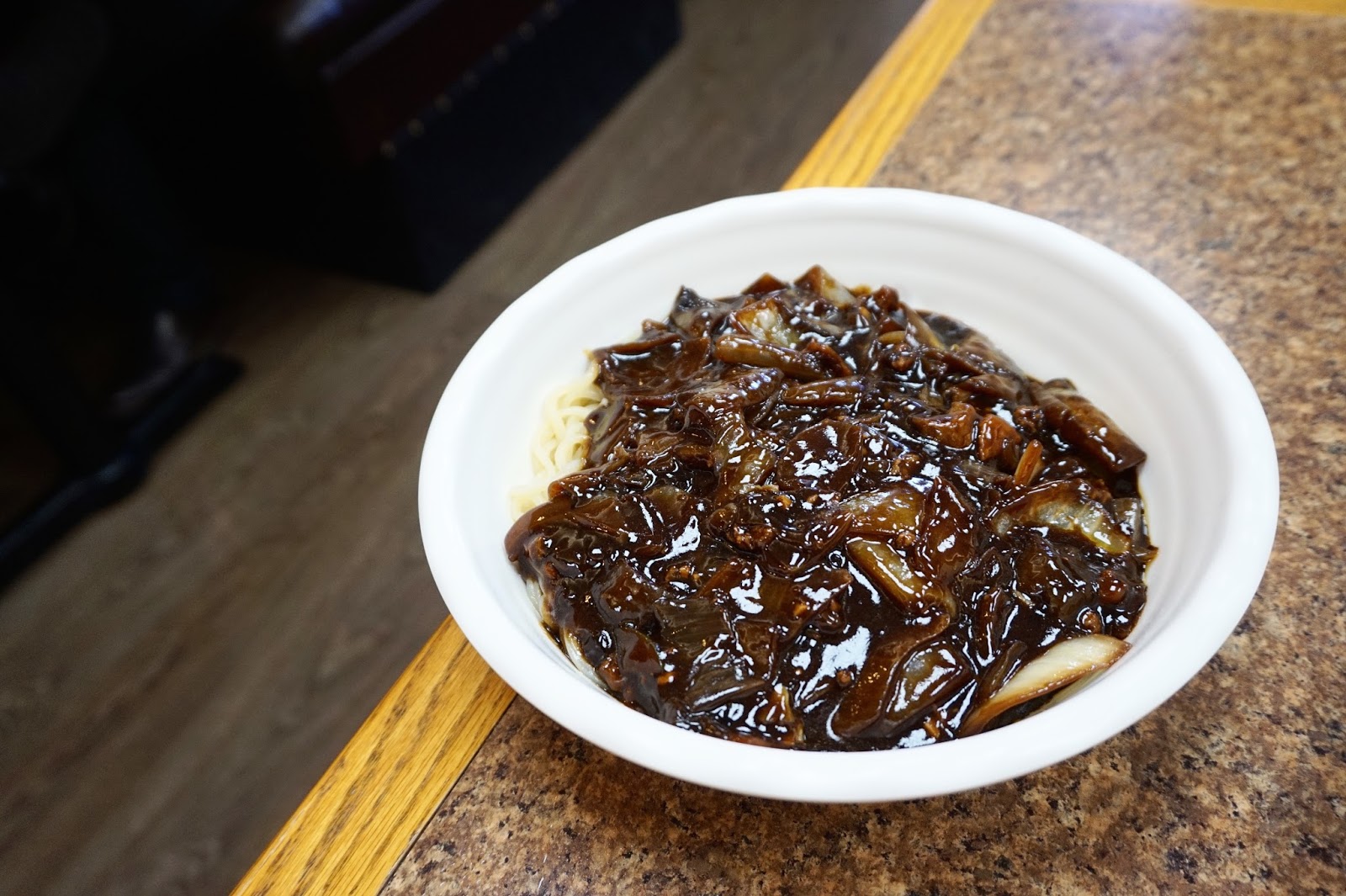 The jajangmyeon here is one of the mildest I've had! The black bean flavour is really subtle. It makes sense though. Since the other dishes are pretty heavy, the jajangmyeon balanced everything out! I liked the fact that they loaded up on the onions, I love onions!! The noodles were soft and squishy! 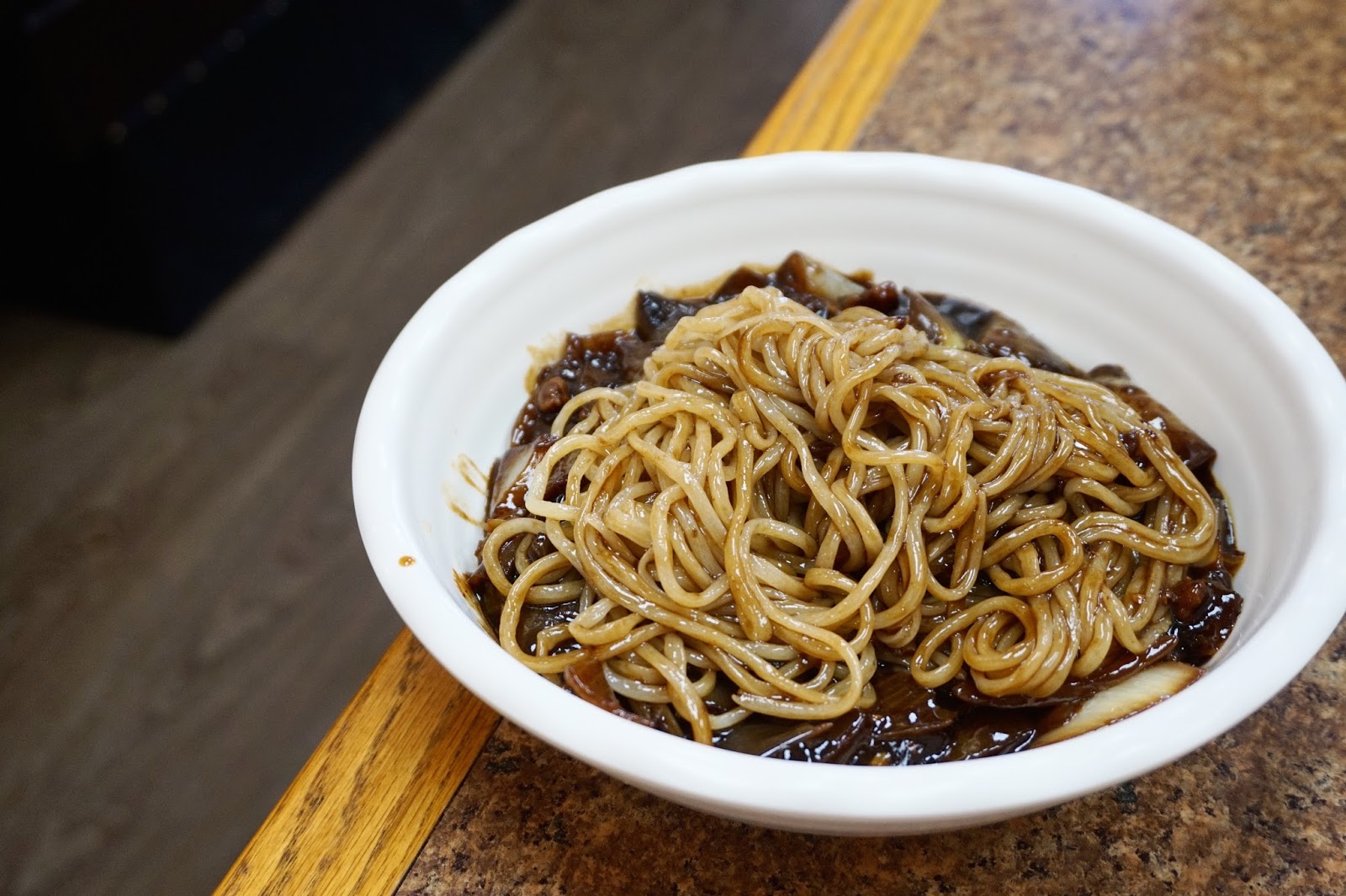 The sauce is super rich! 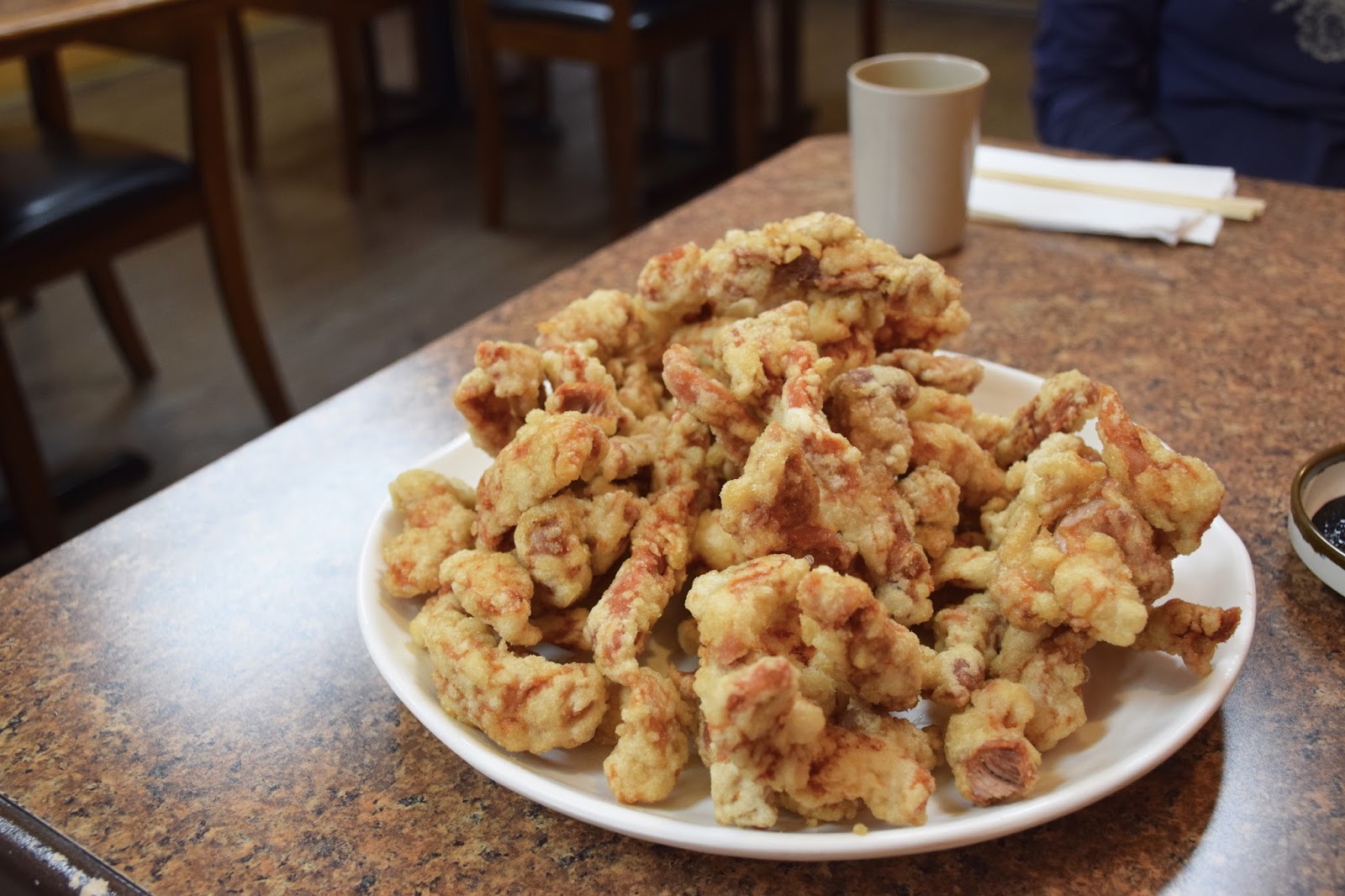 The picture doesn't do the size justice!! It was huge. This is probably my favourite thing to order here. This is definitely sweeter than most of the Cantonese versions I've tried. The pieces of pork are larger too, much larger. The meat isn't heavily battered and I like how you have control of how much sauce you want on each piece. 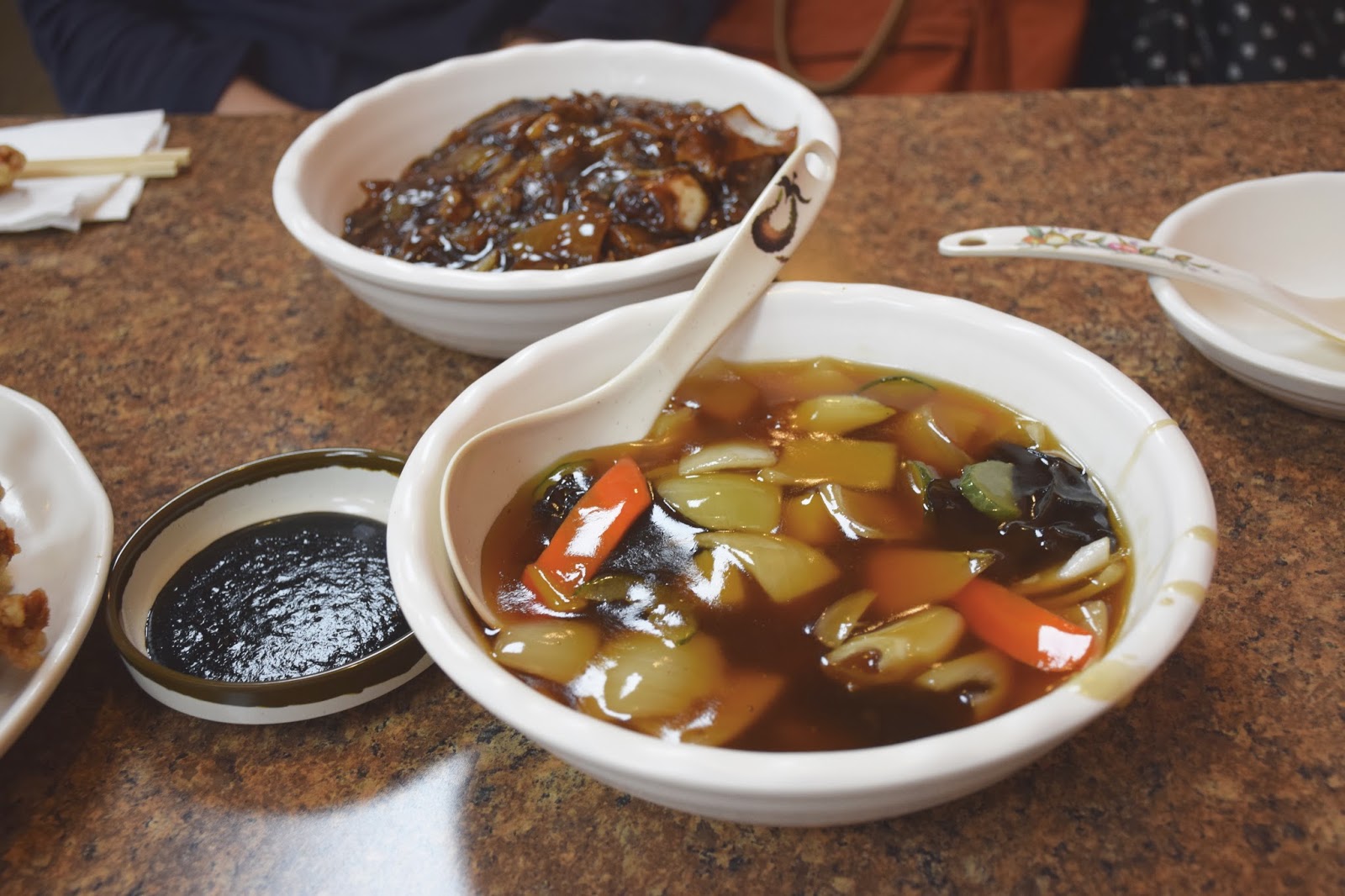 I love how the sauce comes on the side, so the pork doesn't get soggy!! The amount of veggies was also appreciated. The sauce is definitely tangier than most versions I've tried!! 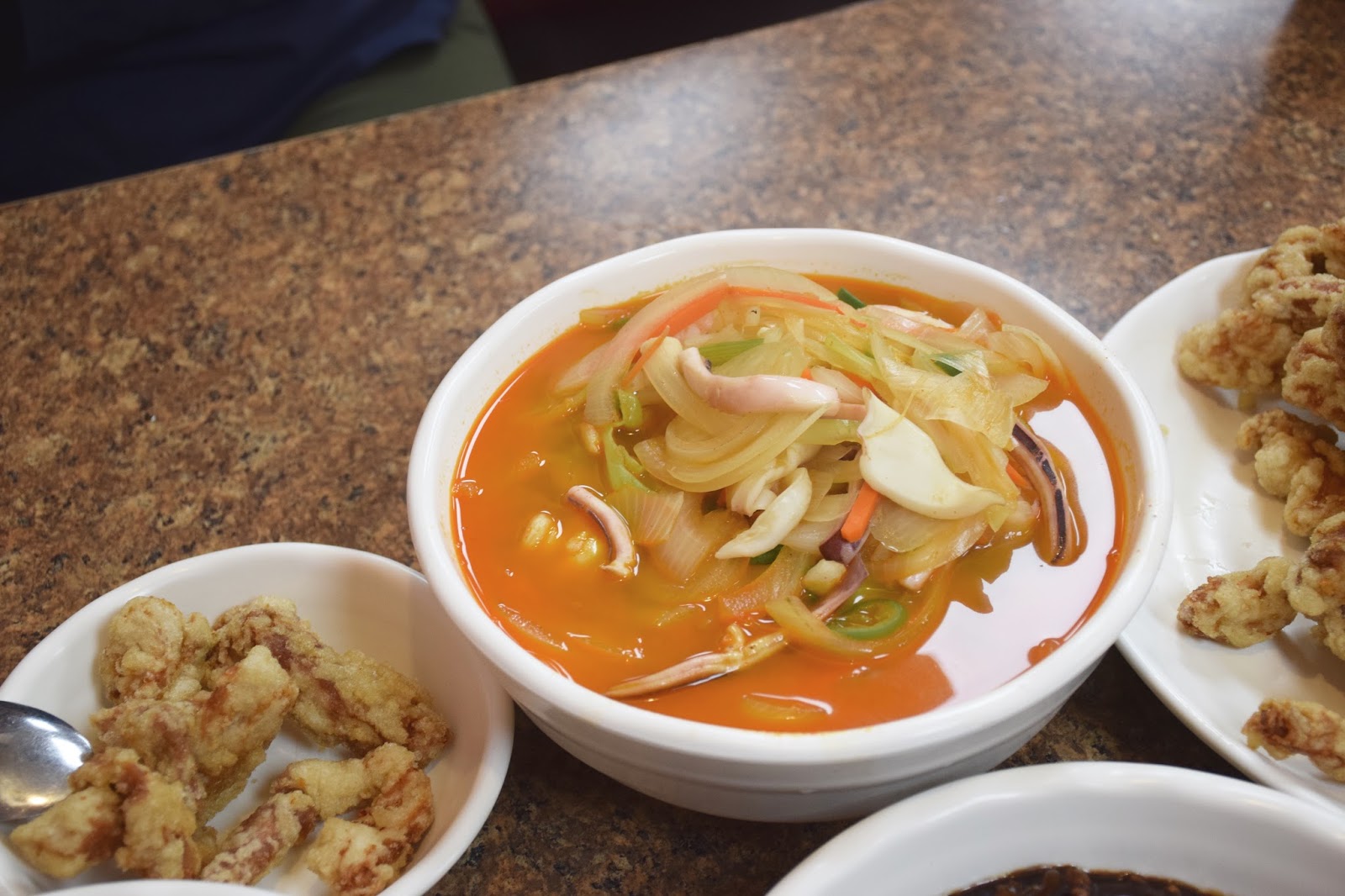 Jjampong
Spicy Seafood Noodle Soup
4/5 stars
They totally delivered on the spiciness!! This was much spicier than we were expecting, and we were impressed with the amount of seafood in there!! There was a ton of shrimp and squid in it!! Definitely got our money's worth! The noodles were nice and al dente too! 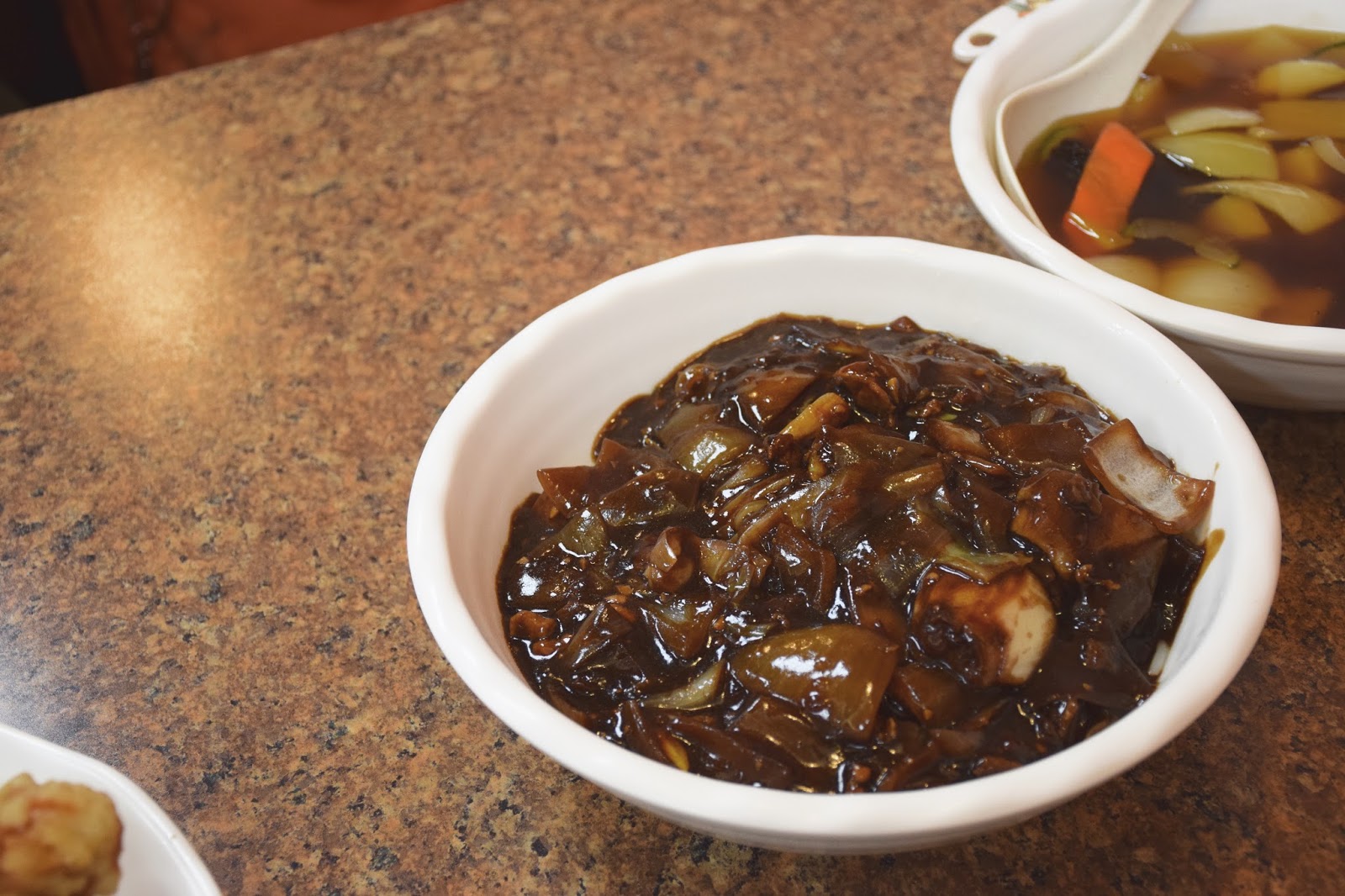 The jajangmyeon from our second visit!! 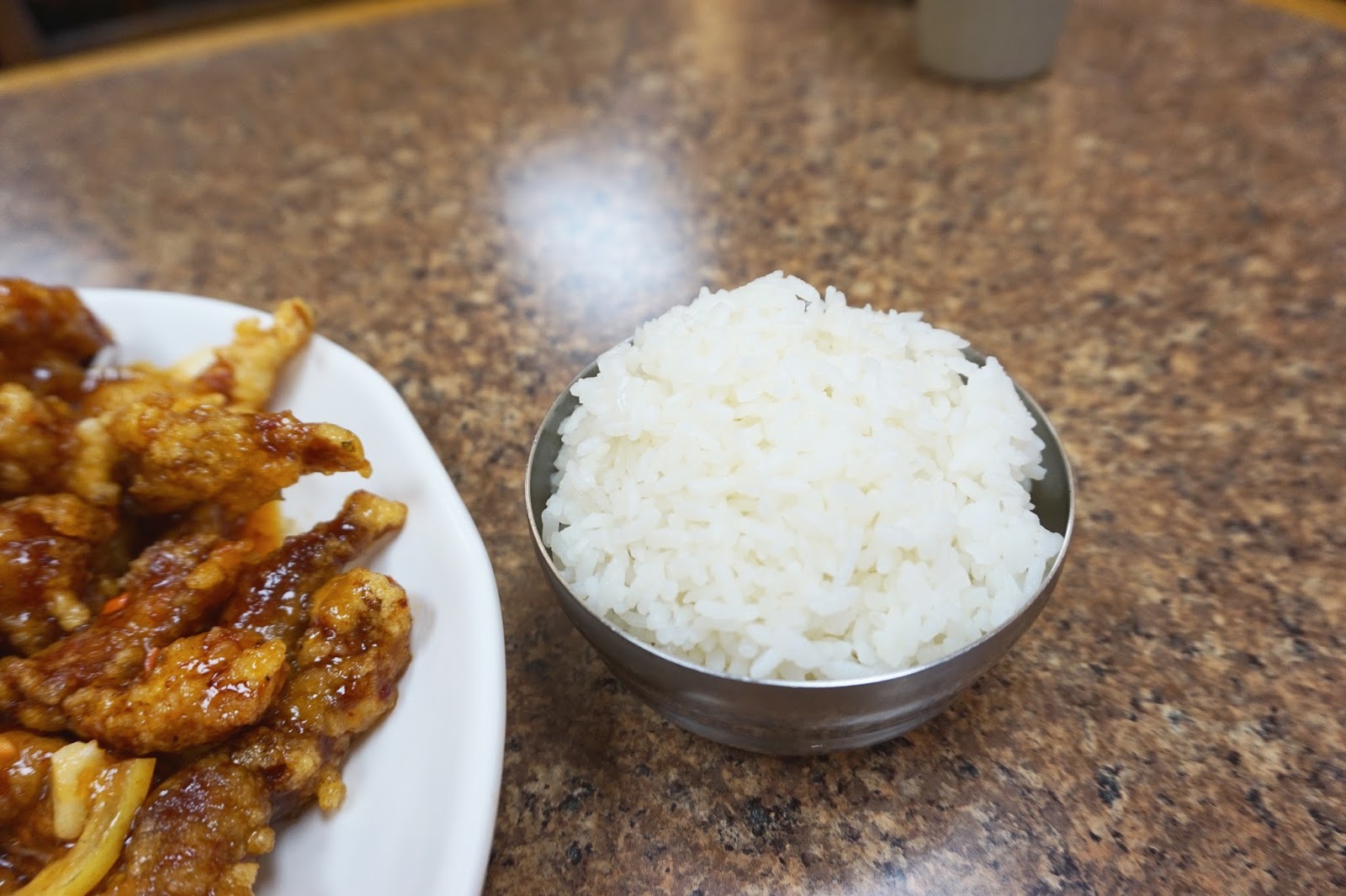 Unlike the other dishes, the rice was tiny *sadface* 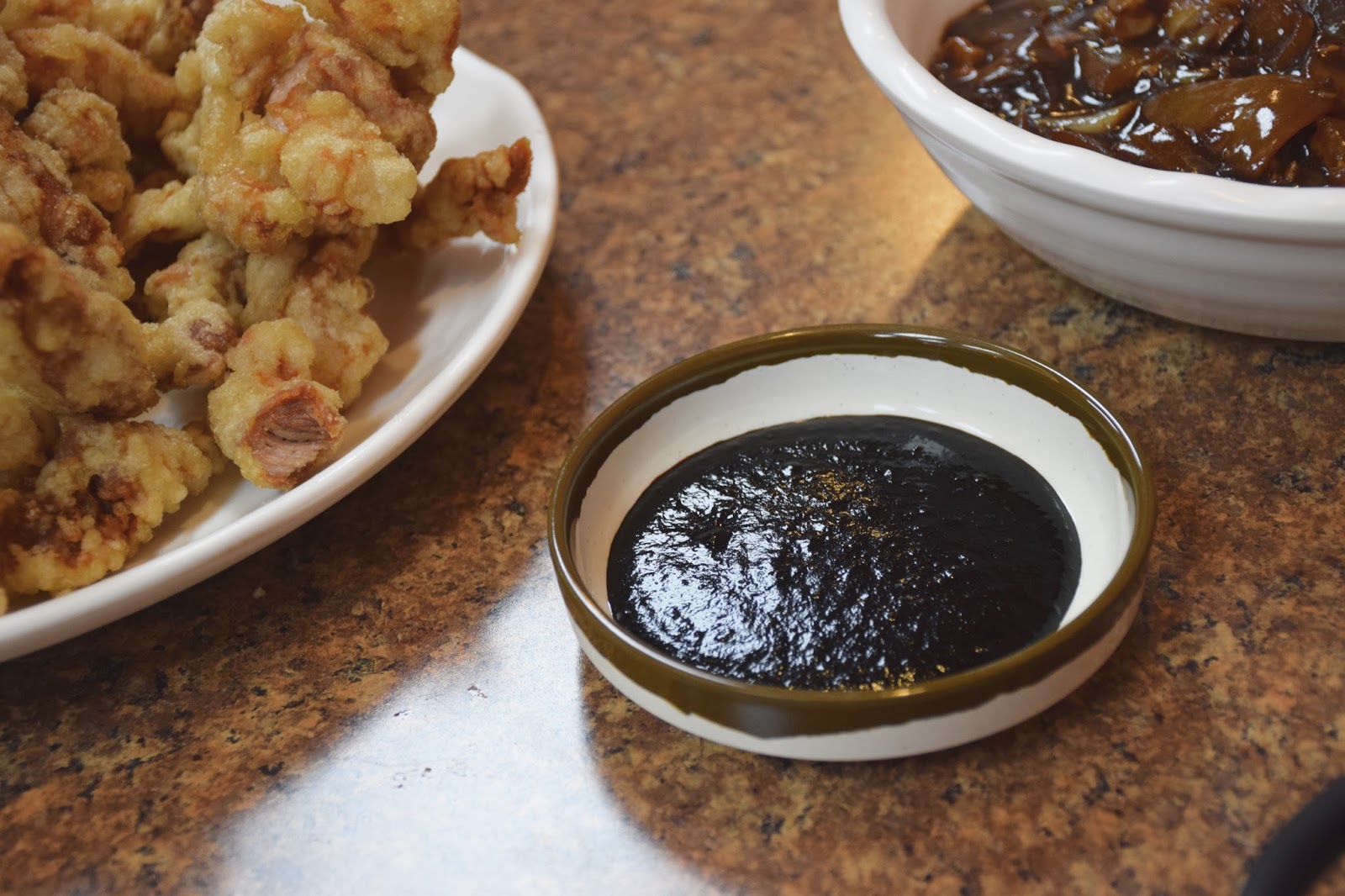 We asked for more black bean sauce; I was expecting a dollop but she gave us a dish instead! Impressed! 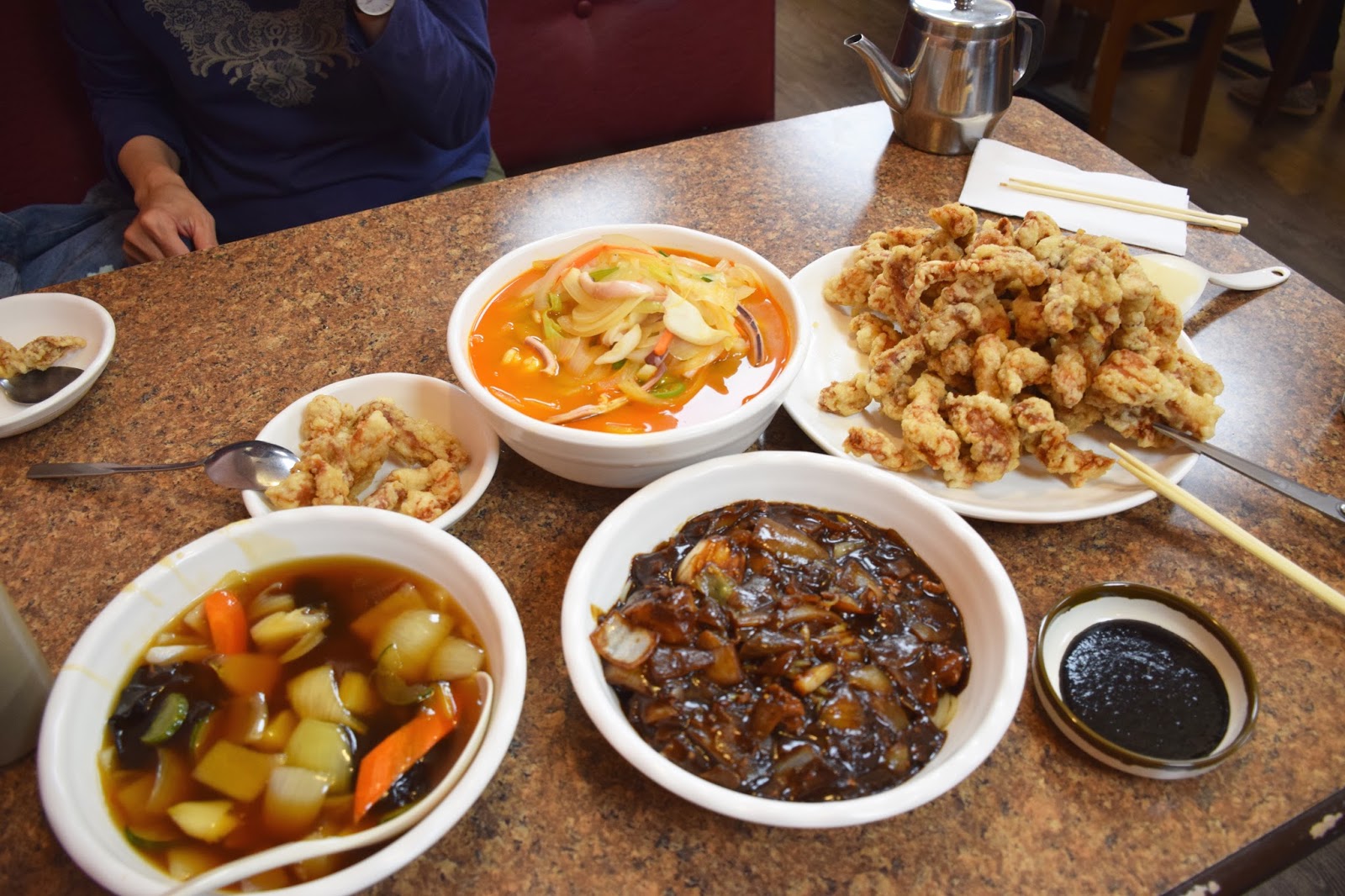 FEASTING WITH MOMMA!! My mom was pleased with the portion size ;) 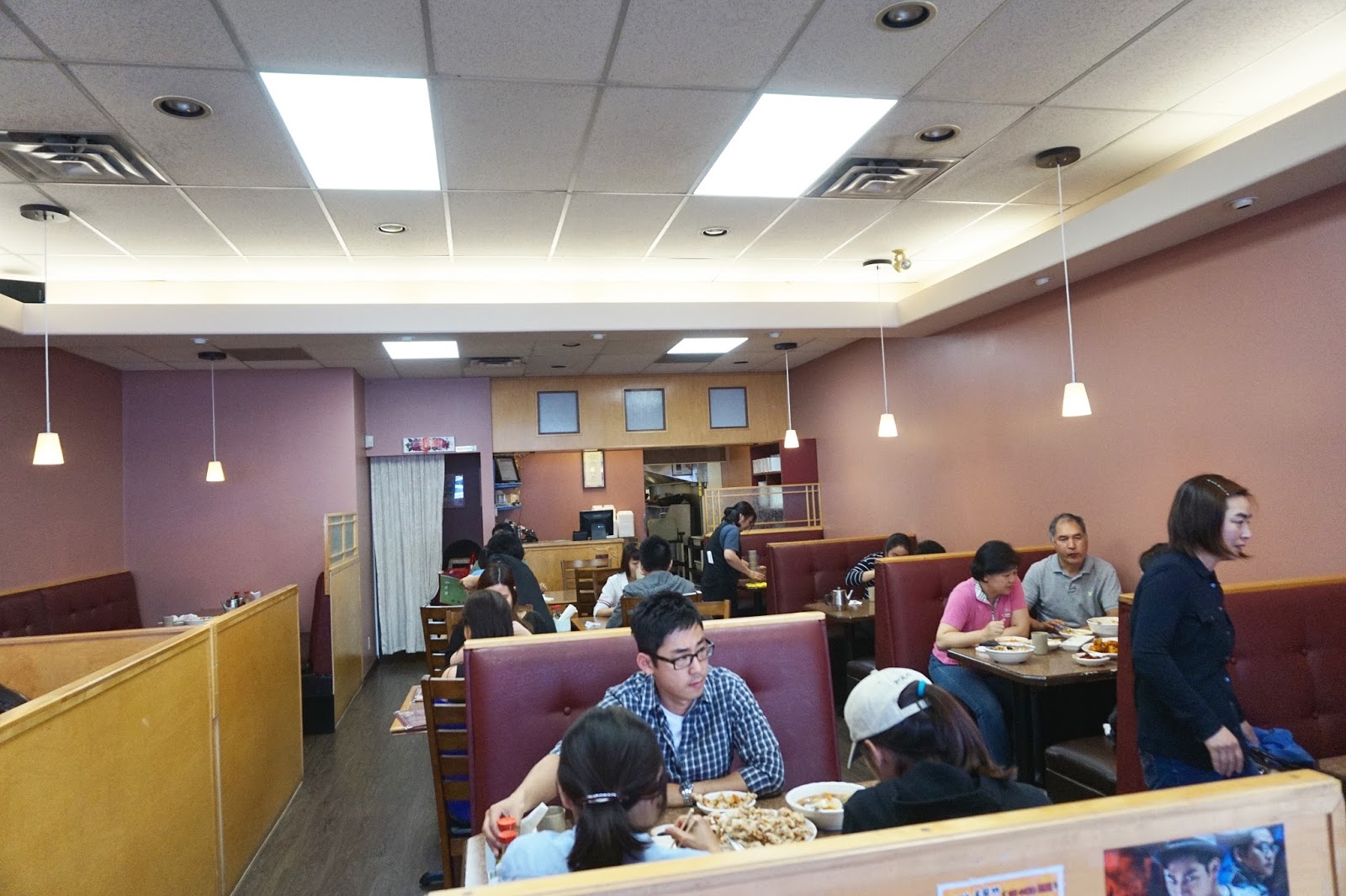 Always packed, even on weekdays! 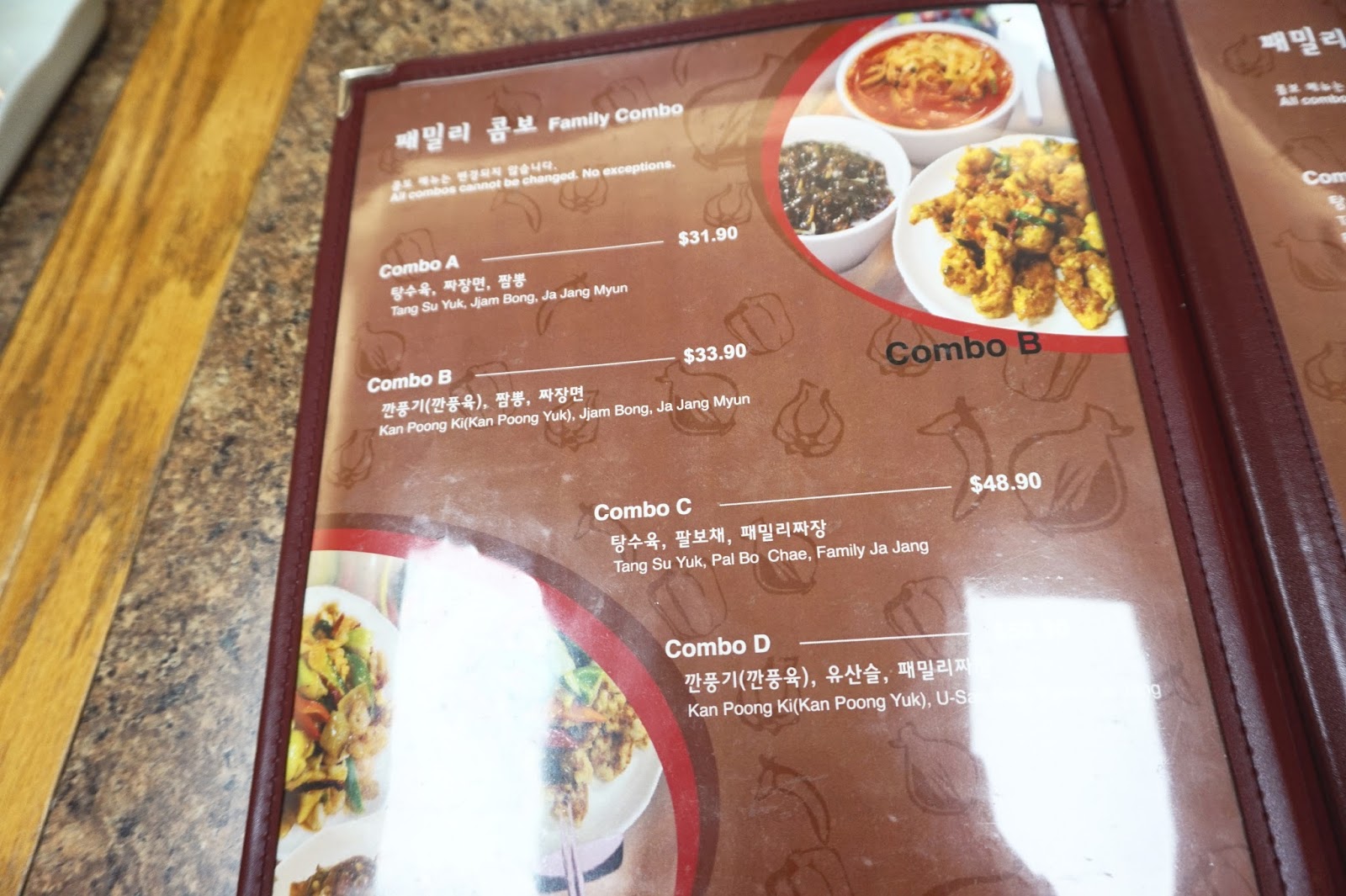 The combos are a great deal, it saves you a ton of money! 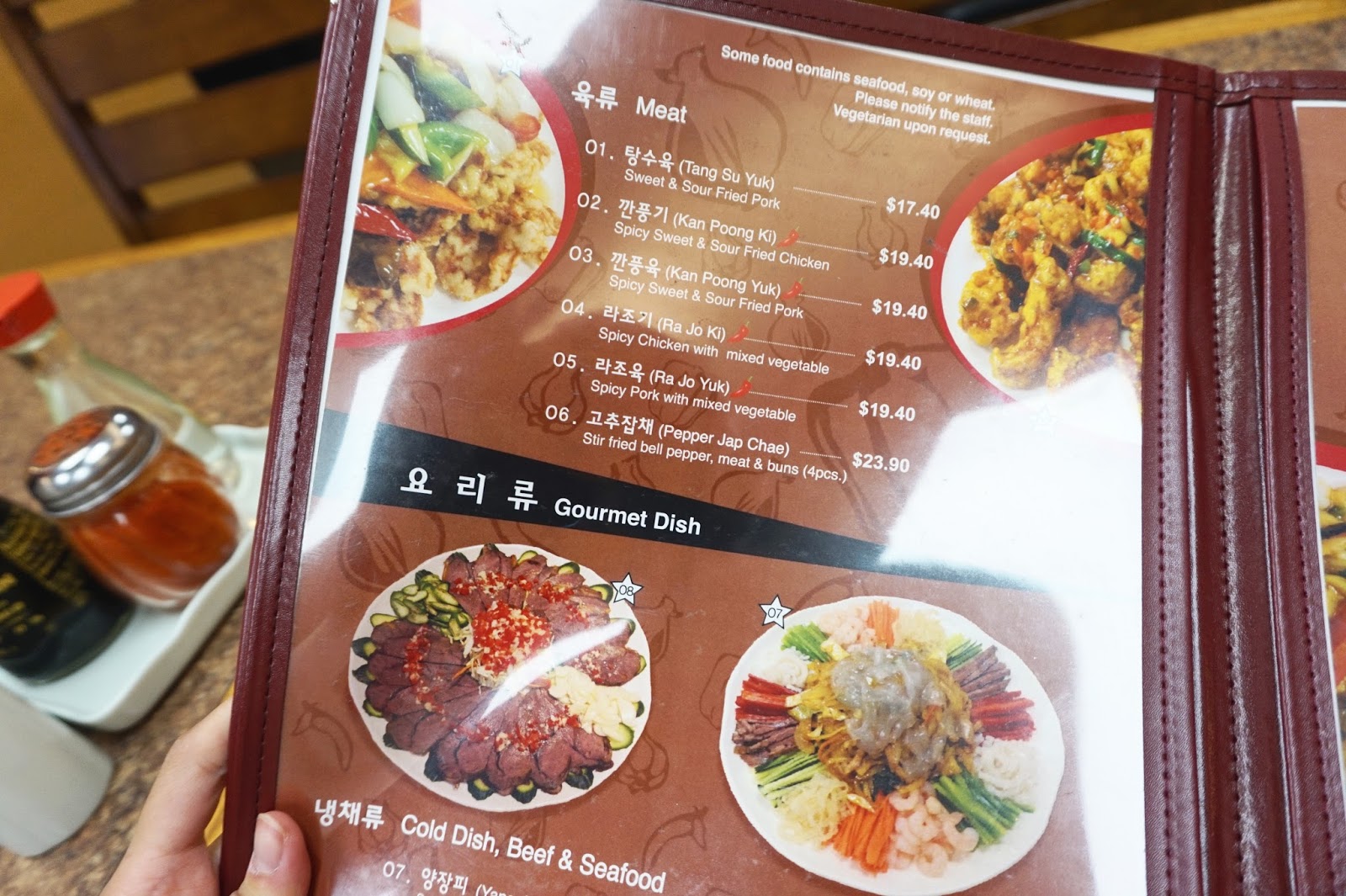 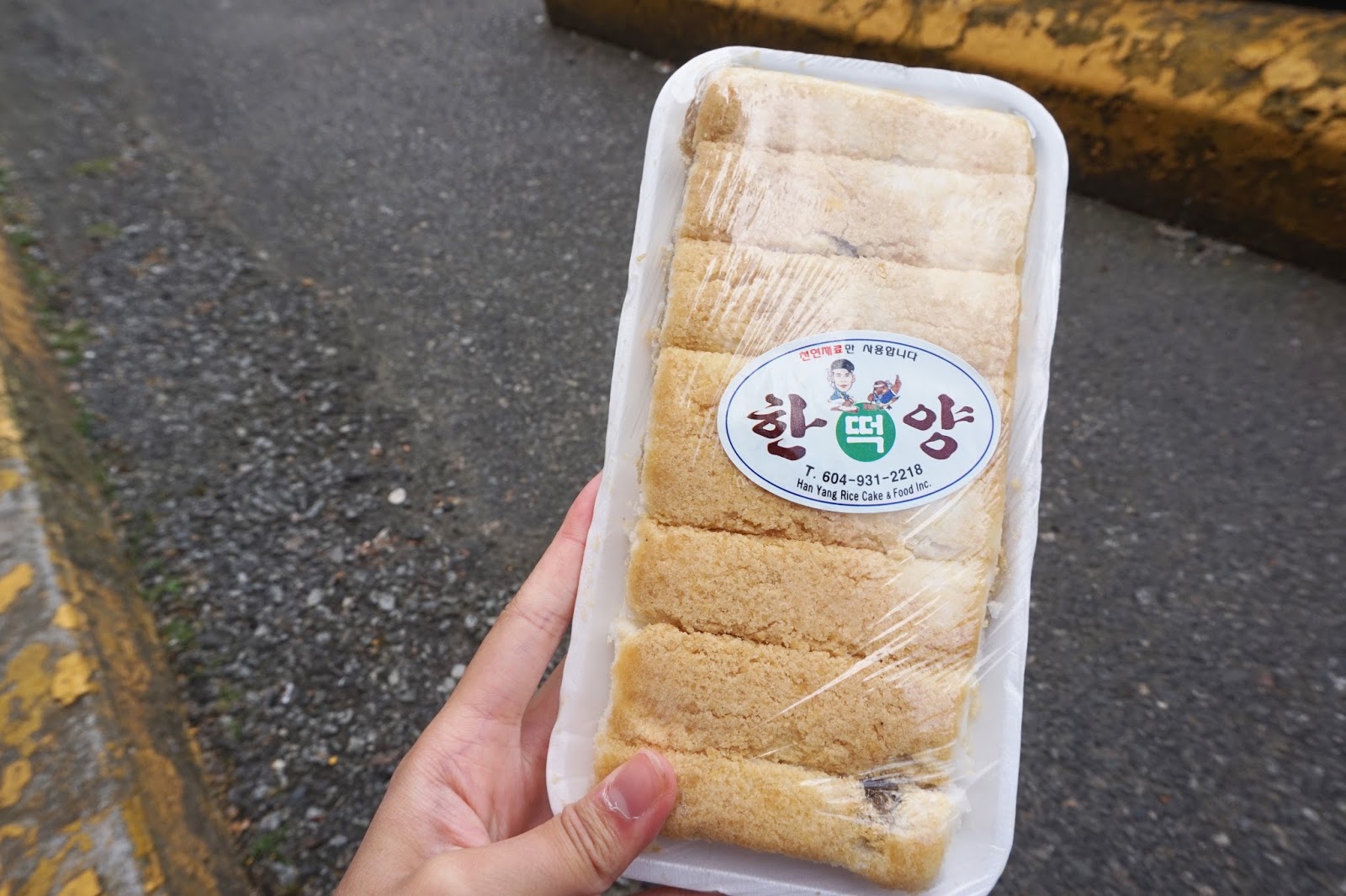 I ate some of the ricecakes I bought at Hannam Market for dessert!! They were kind of dried out (probably because I bought them the day before.) Lesson learned, eat 'em while they're fresh!