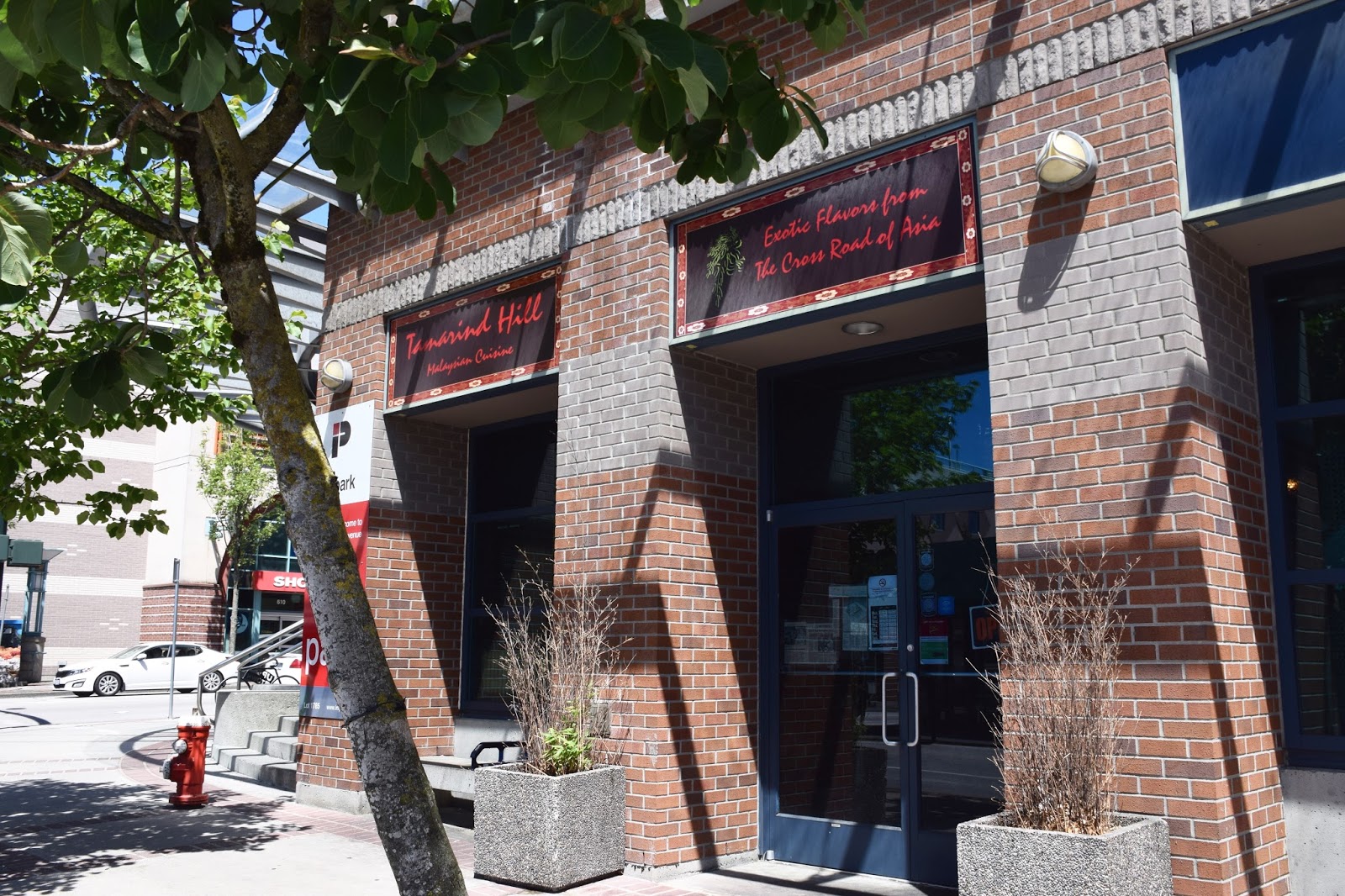 I've been drinking a Starbucks iced tea everyday for the past week ~ in attempt to ward off the heat...it was 32 degrees yesterday!! 32 DEGREES!! I'm not a huge fan of Starbucks, but hey, sometimes convenience trumps everything.

Venti Shaken Black Tea. Light ice. Unsweetened. <-- that's my go to order! I've tried their green tea and wasn't a fan. I always get the unsweetened version because the sweetened version has 7 pumps of syrup in it!! -.0

Anyways, a few days ago I went to Tamarind Hill for lunch!! Tamarind Hill is right beside the RBC branch we go to. When I walked in, I was surprised by how nice the interior was!

The waiter was wearing an Asahi t-shirt, which I thought was pretty funny (not that there's anything wrong with Asahi t-shirts) it's just that...he looked like he belonged in an izakaya, not a Malaysian restaurant! :D 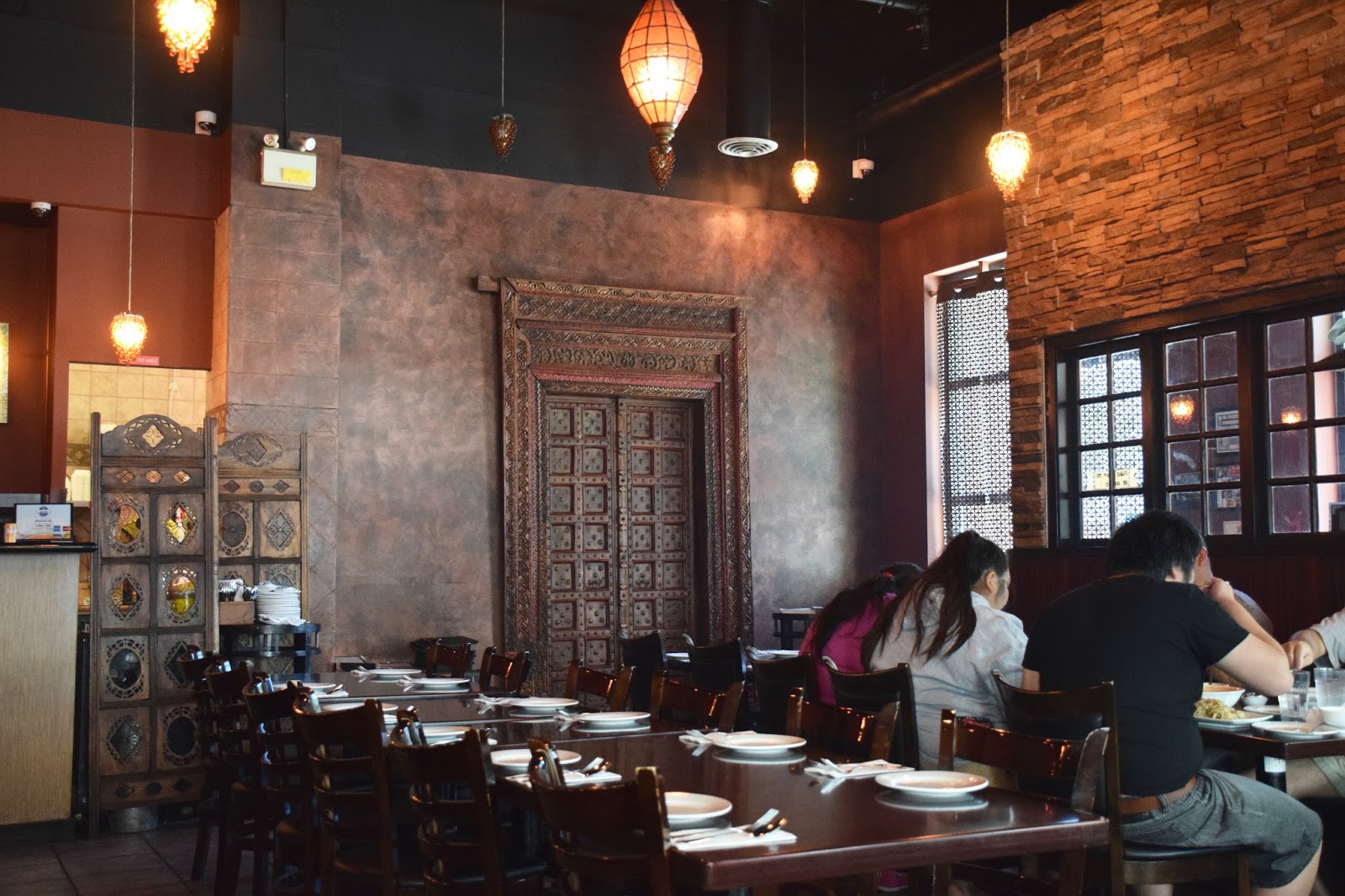 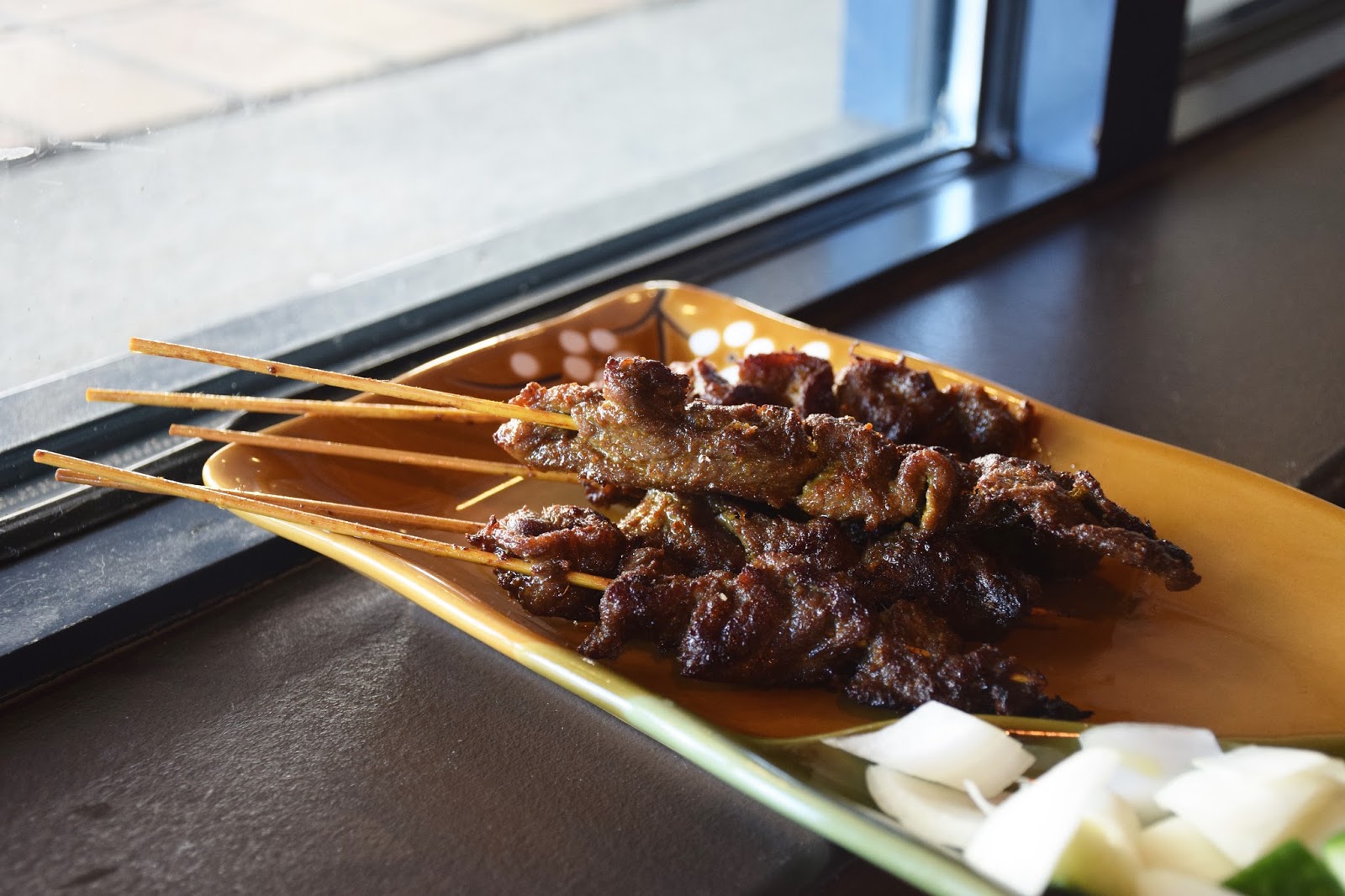 This was a nice start! The beef was seasoned really well, which resulted in an appealing, flavourful char. The beef itself was reasonably moist and slid effortlessly off the skewer. This also came with a peanut dipping sauce on the side, which I didn't use (I'm allergic to peanuts!) 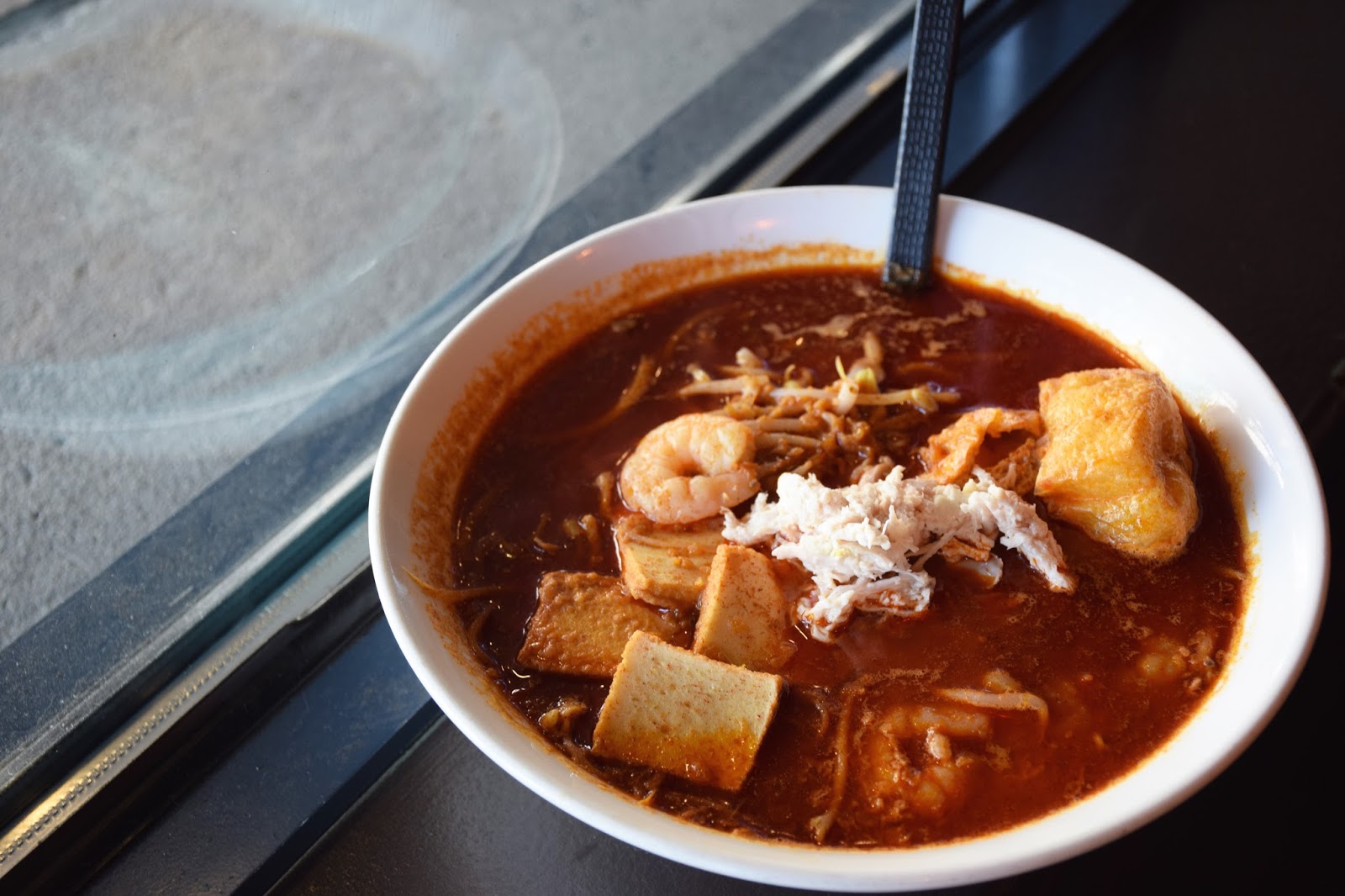 Yea...I don't know what I was thinking, eating piping hot laska in 30 degree weather!! They have two regional variations of their laska, a Malaysian laska, and a Singaporean laska. I opted for the malaysian one, which is curry based. The curry flavour was subtle (despite the colour.) There was quite a bit of fish tofu and shrimp in there! 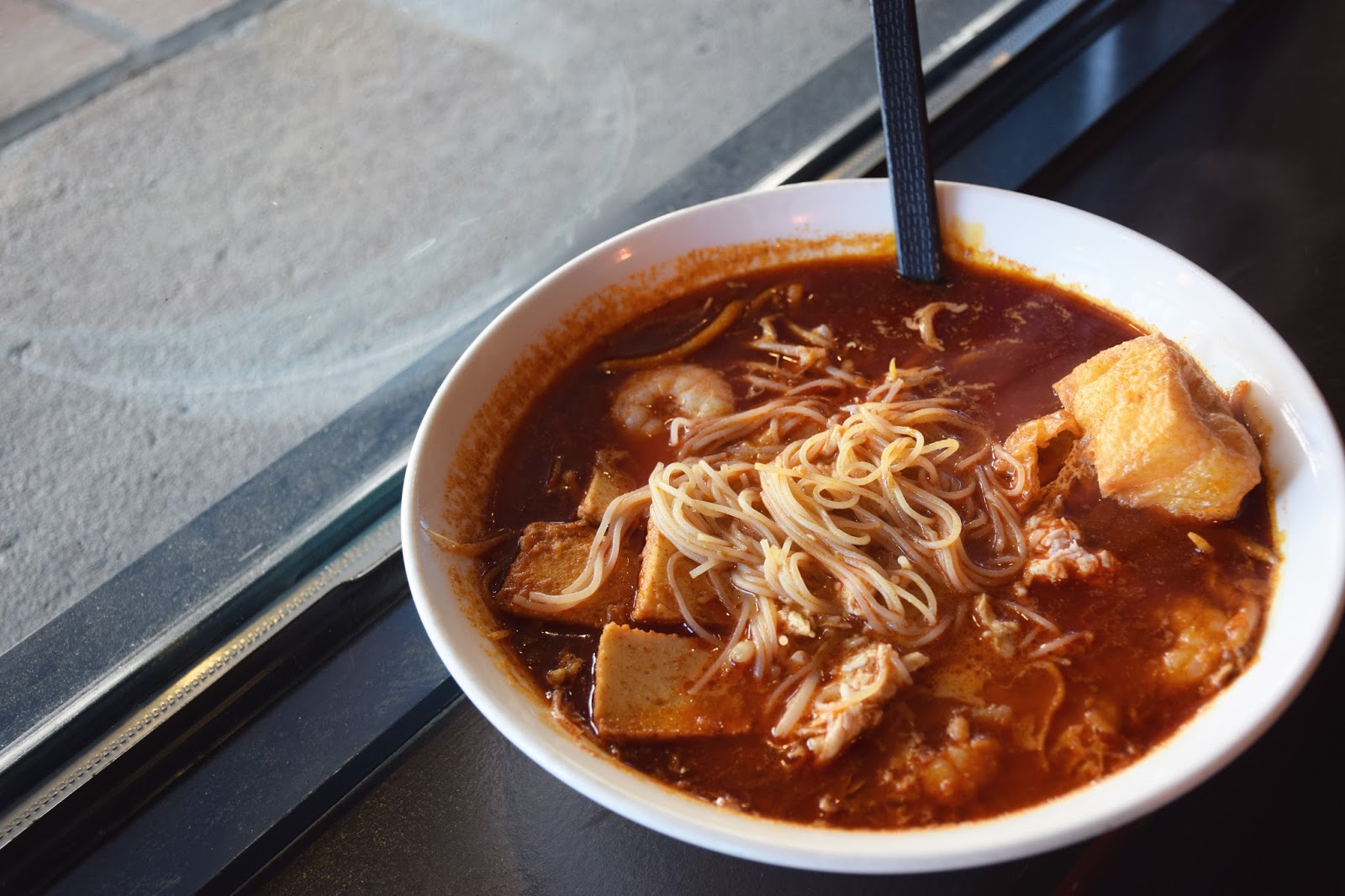 They use vermicelli noodles! :D 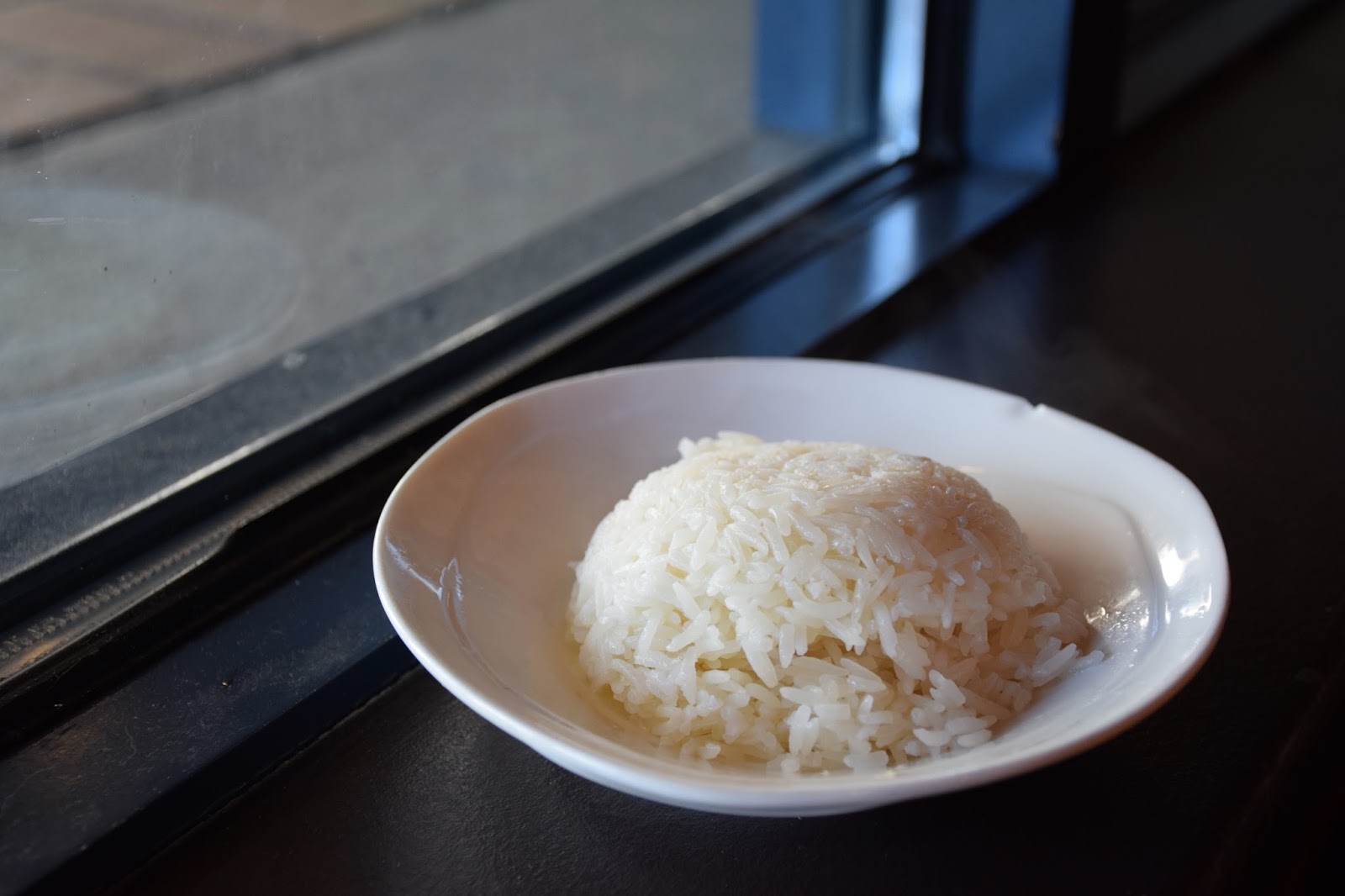 This was rather disappointing. The centre was hard (literally rock hard) and inedible. The coconut aroma was lovely though. The serving size was disappointing as well, it was so small!