The One Taiwanese Restaurant - 3rd Visit! 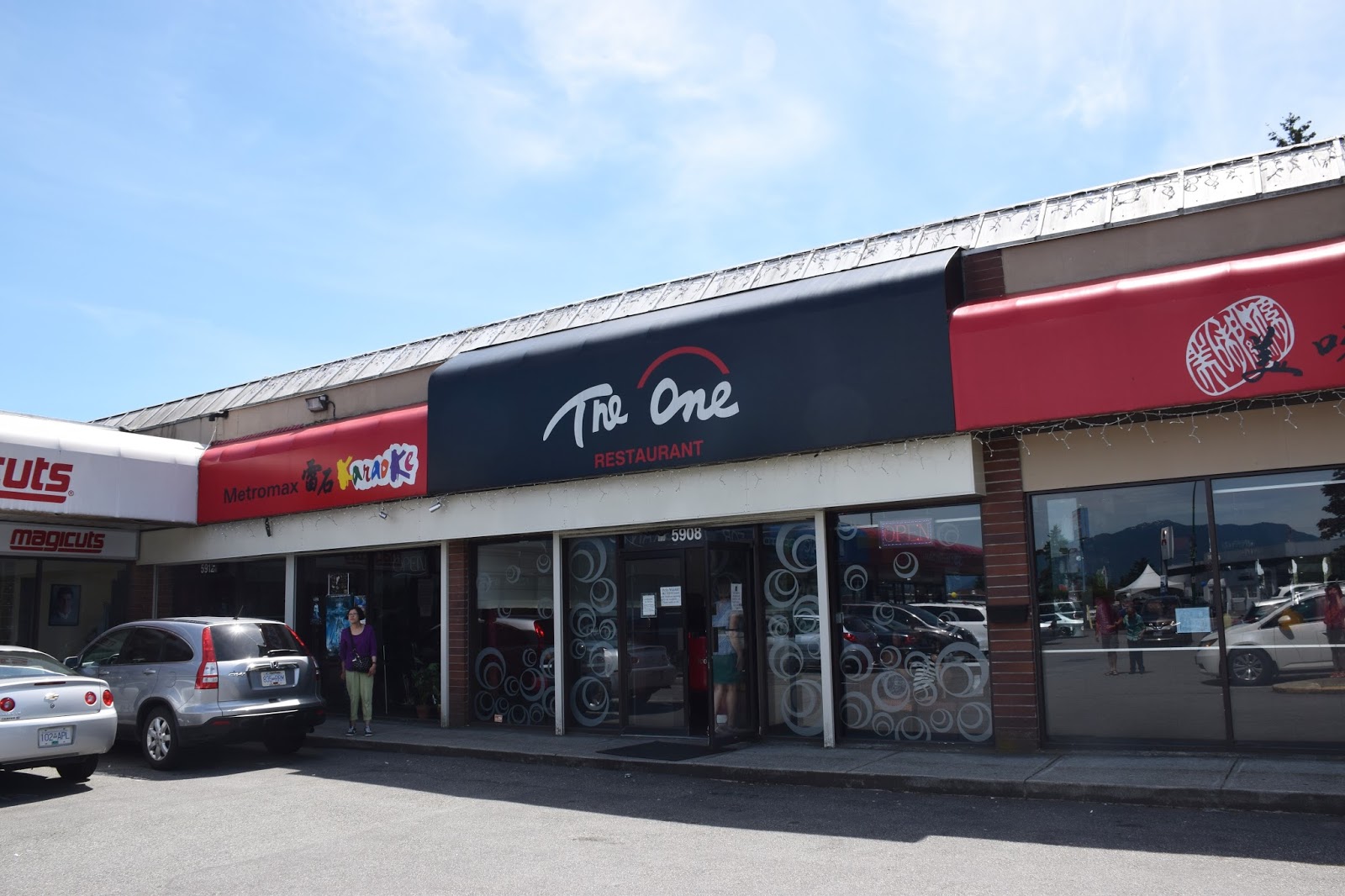 Not going to lie...sometimes I choose where to eat based on portion size alone (I know, I know, how very un-blogger like of me.) No shame!

I can't help it okay. I'm a ravenous student...on a budget!! And given the modest portion sizes at *most* restaurants, I usually have to spend $40 + to get full.

Not at the One!! For less than $20, I can fill my bottomless pit of a stomach :D When I'm feeling especially famished (which is pretty much all.the.time) I order their gigantic pork chop or a fried rice!

Oh, have you guys noticed? The tea at the One, always, and I mean always tastes like dish soap! My mom agrees with me, so I swear it's not in my head!! We told one of the servers and he didn't say anything...he just nodded...

Read my first review of the One here: http://www.vancitynoms.com/2015/03/the-one-taiwanese-restaurant.html 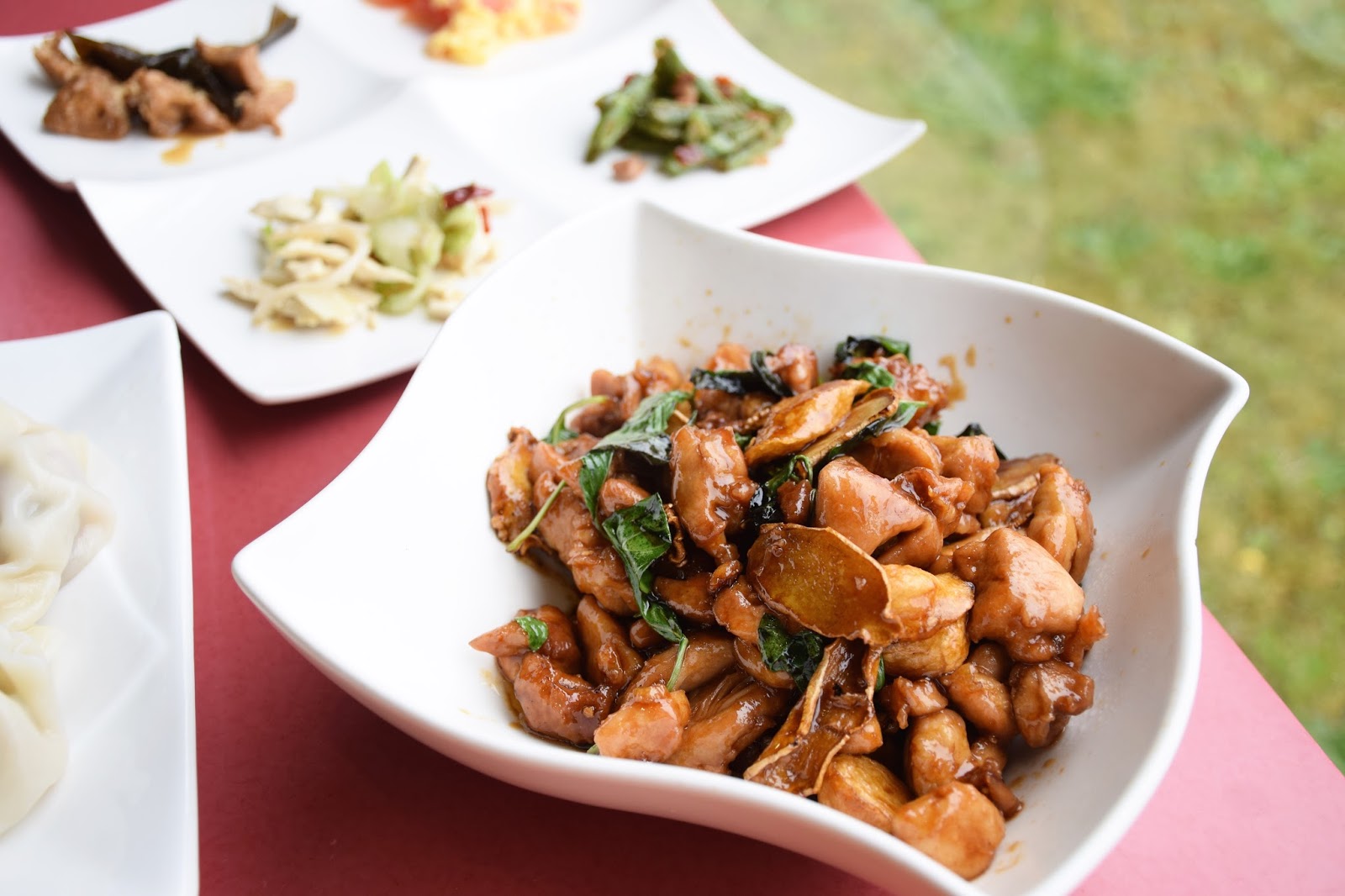 I loved how this was boneless! Makes eating it so much easier (I'm a messy eater!) The portion size was larger than other versions I've had (this is the One after all.) The pieces were smaller though (unlike the chunkier versions found at other restaurants.) The flavours were predictable, with hits of basil,sesame oil, and ginger! 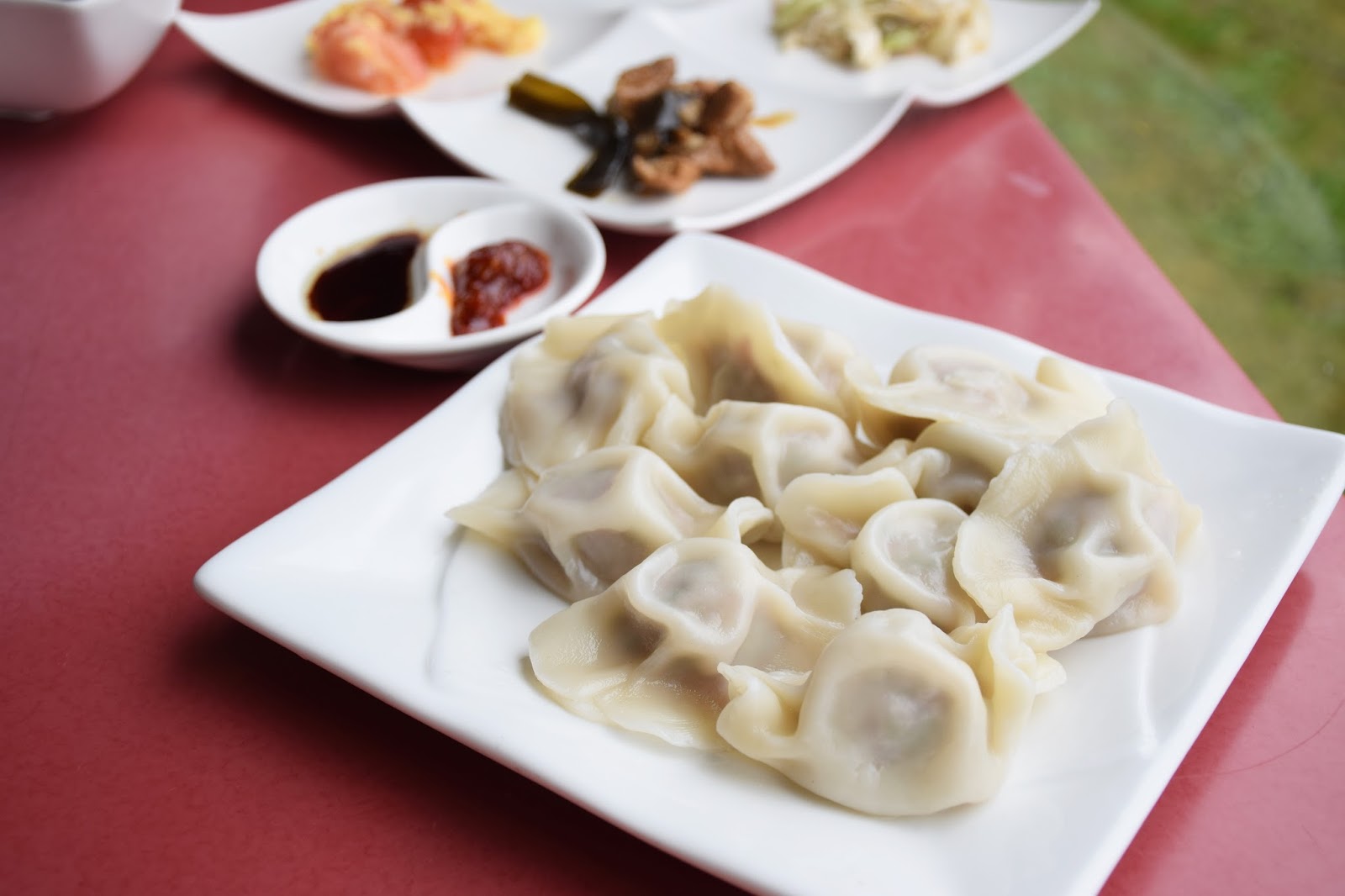 I rarely order dumplings, but I was craving some that day!! These were quite good, I couldn't tell if they were hand made or not, but the skin was quite thin! The interior was seasoned well and reasonably juicy. 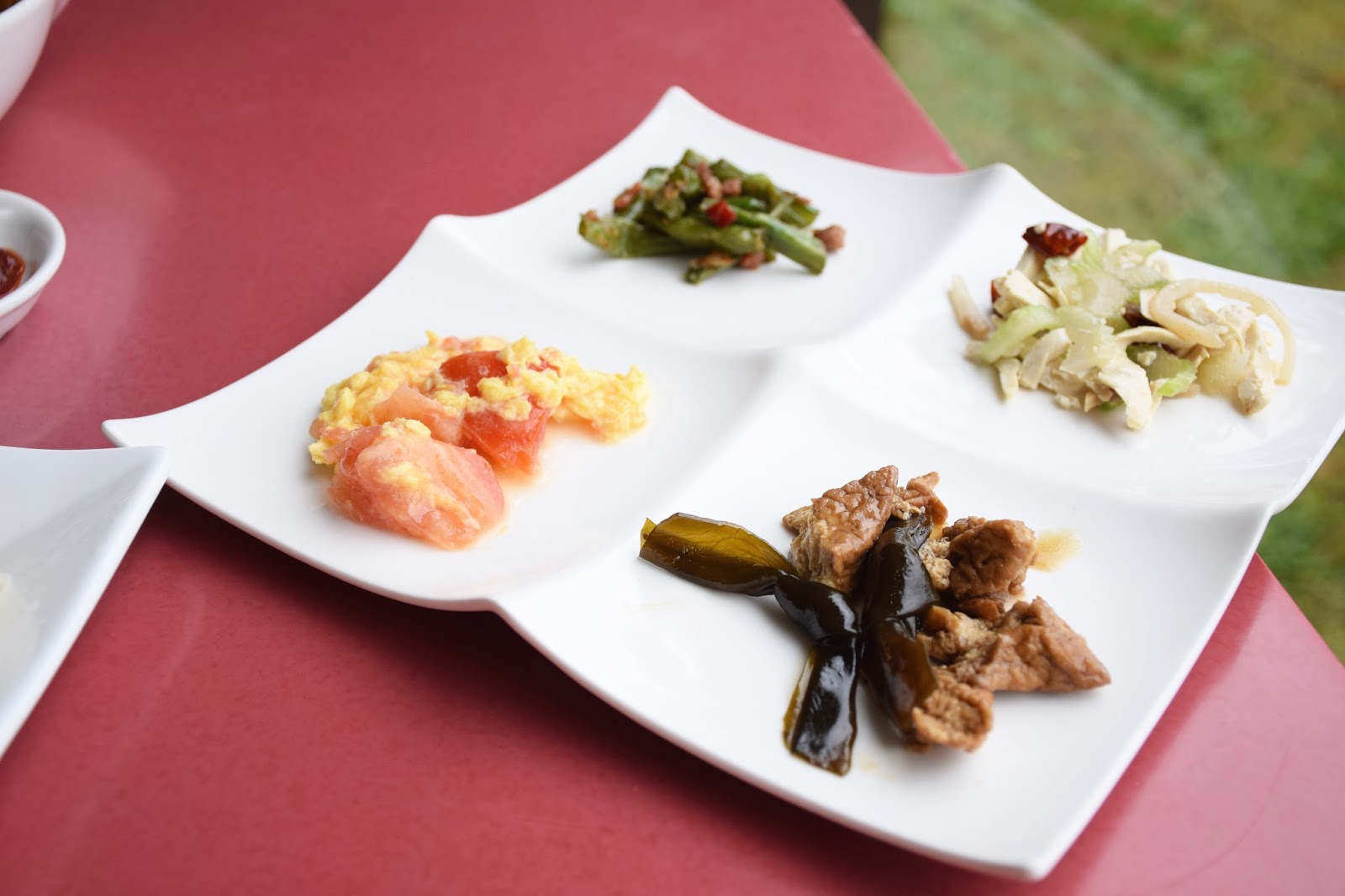 I really like the side dishes at the One. They give you 4, instead of 3. Note the kaofu at the front! Kaofu is basically fried gluten. It looks like tofu, doesn't it?

The other dishes are "homestyle" Chinese side dishes, some green beans, stir fried egg & tomato (my dad's favourite dish,) and celery & beancurd (a staple in my house growing up!) 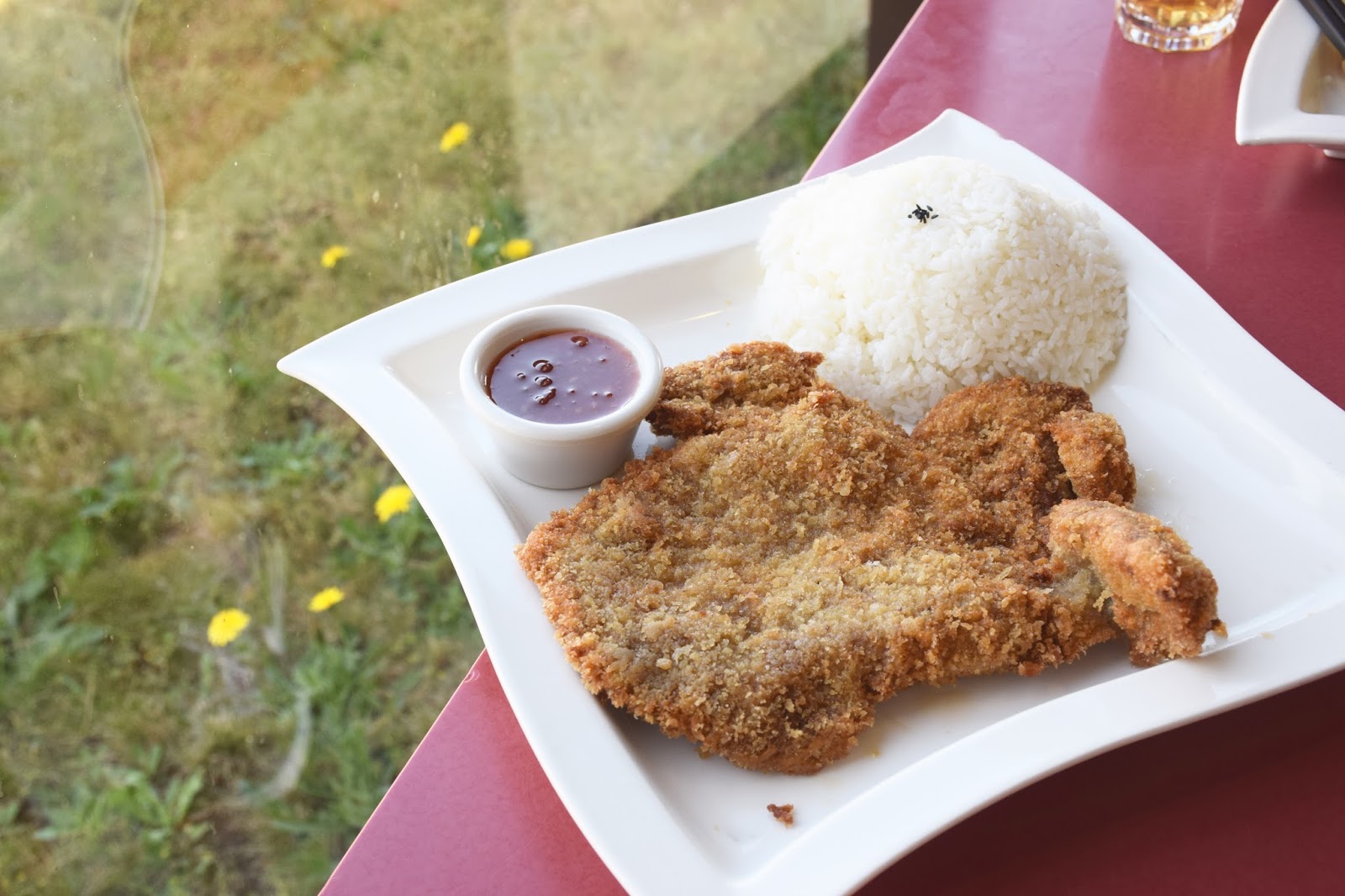 The One Deluxe Pork Chop
aka "The Face Sized Pork Chop" (the picture doesn't do the size justice!)

They improved the batter!! It's crispier, and more panko-like now!! The exterior is modestly seasoned, so you definitely need the sauce that comes on the side!! I went with their thai chilli sauce this time. This is pretty much your run of the mill pork chop, but the portion size makes up for it! 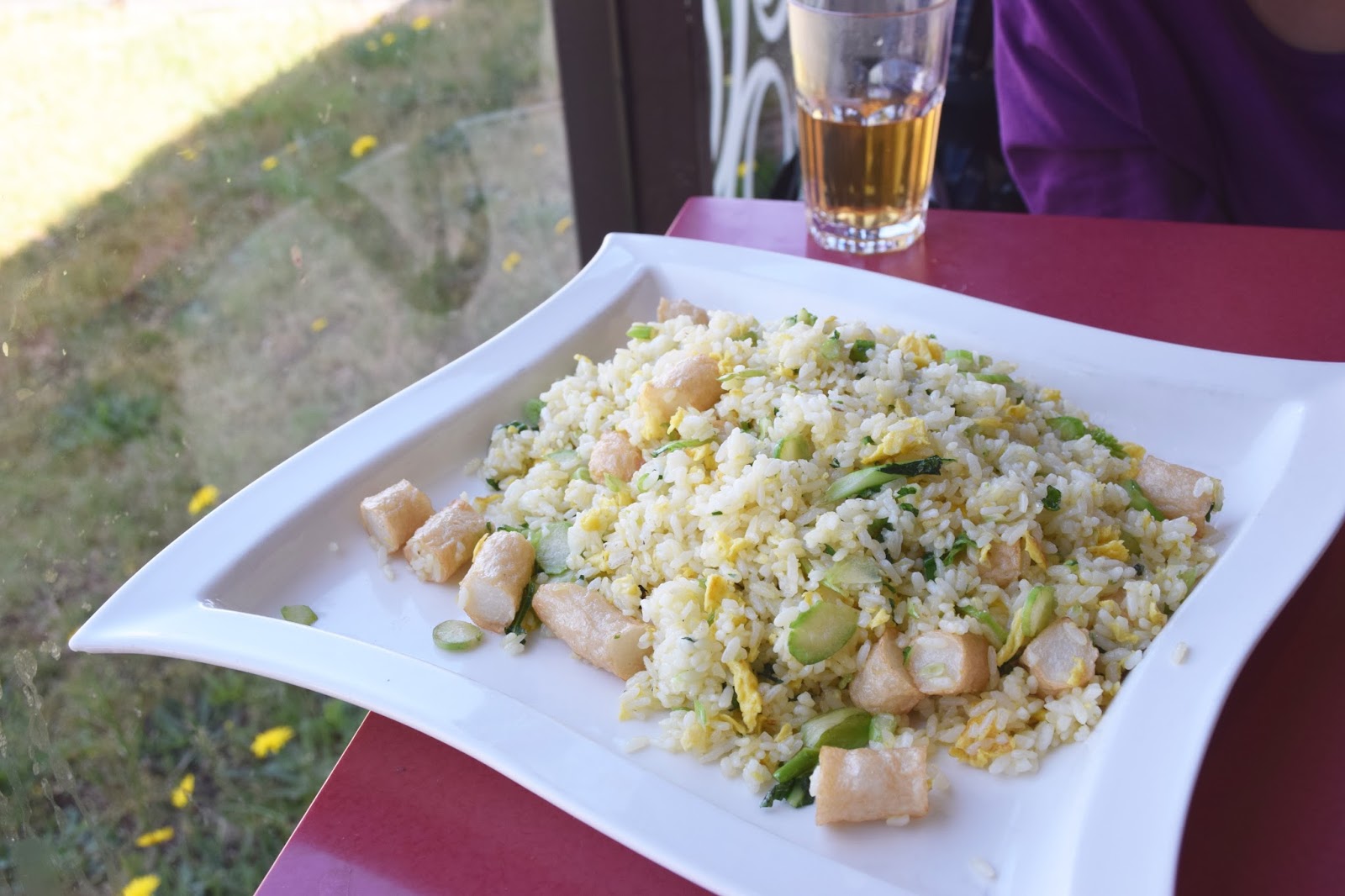 My mom had the tempura fried rice, and she finished it...all by herself!! See where I get it from? This was great, it a ton of wok hey and wasn't too salty. The fish cakes were bouncy and really chewy. 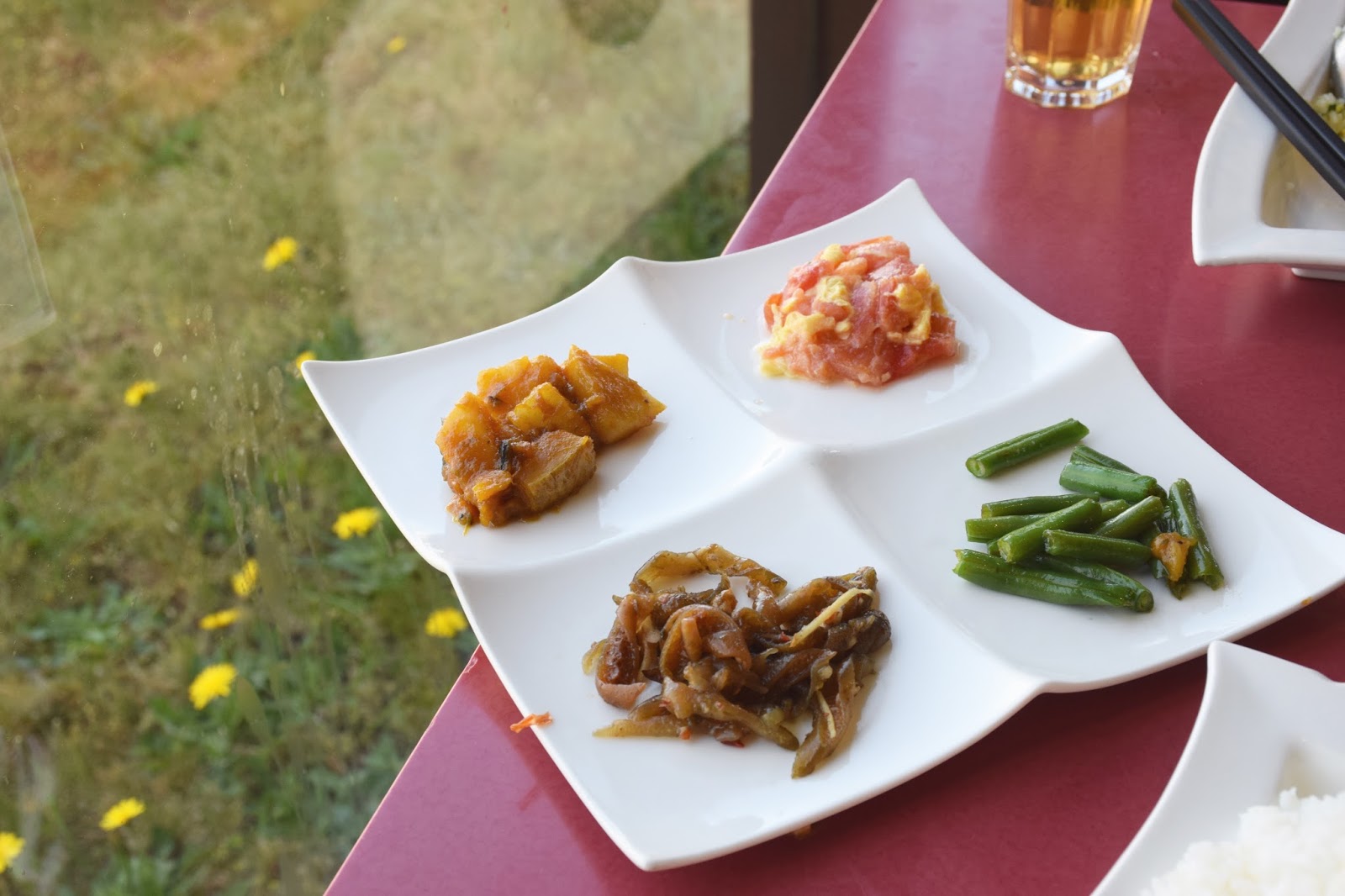 Side dishes from another occasion! I like how they included pumpkin! 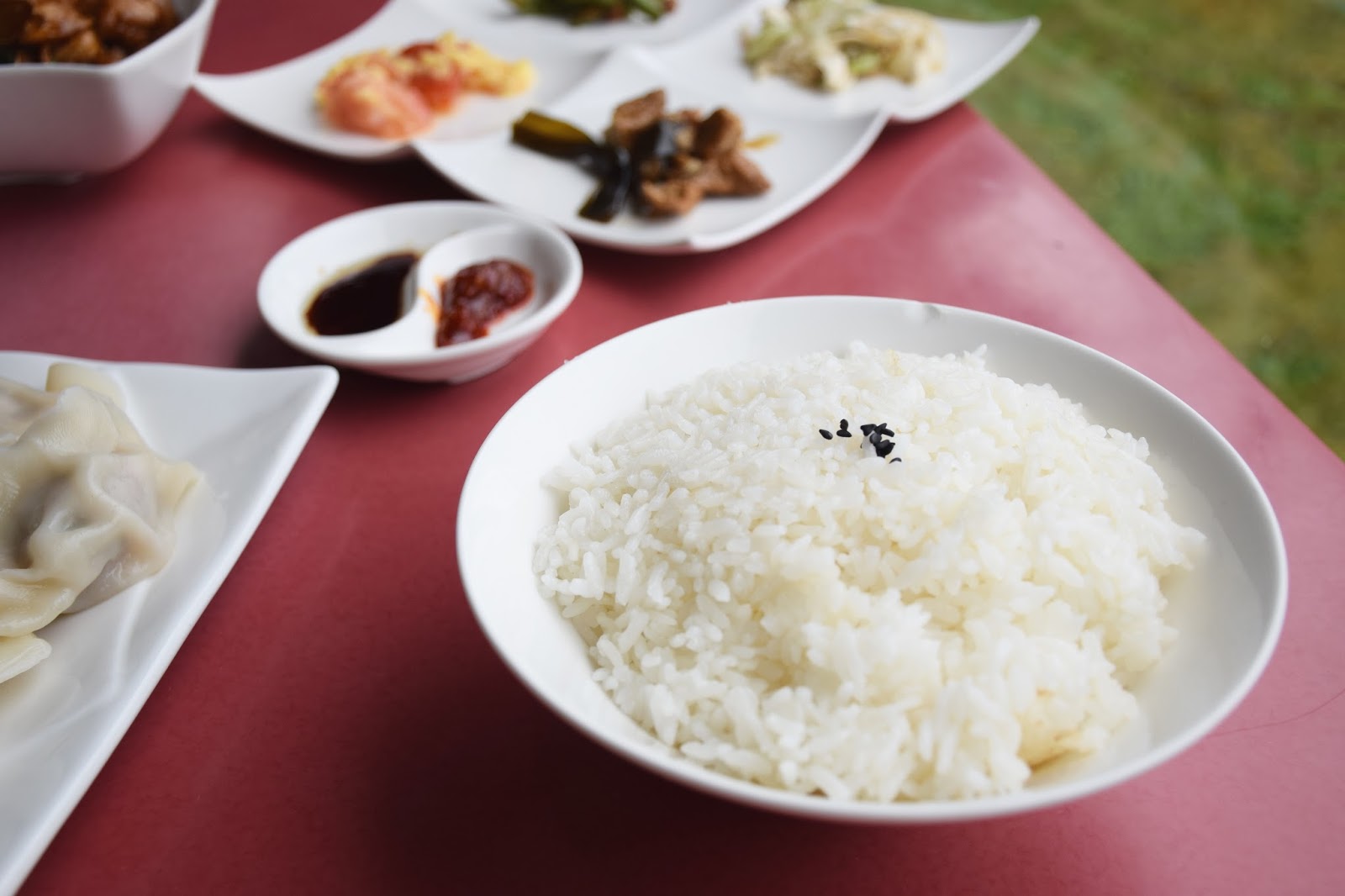 The rice at the One is easily twice the size of other restaurants!! 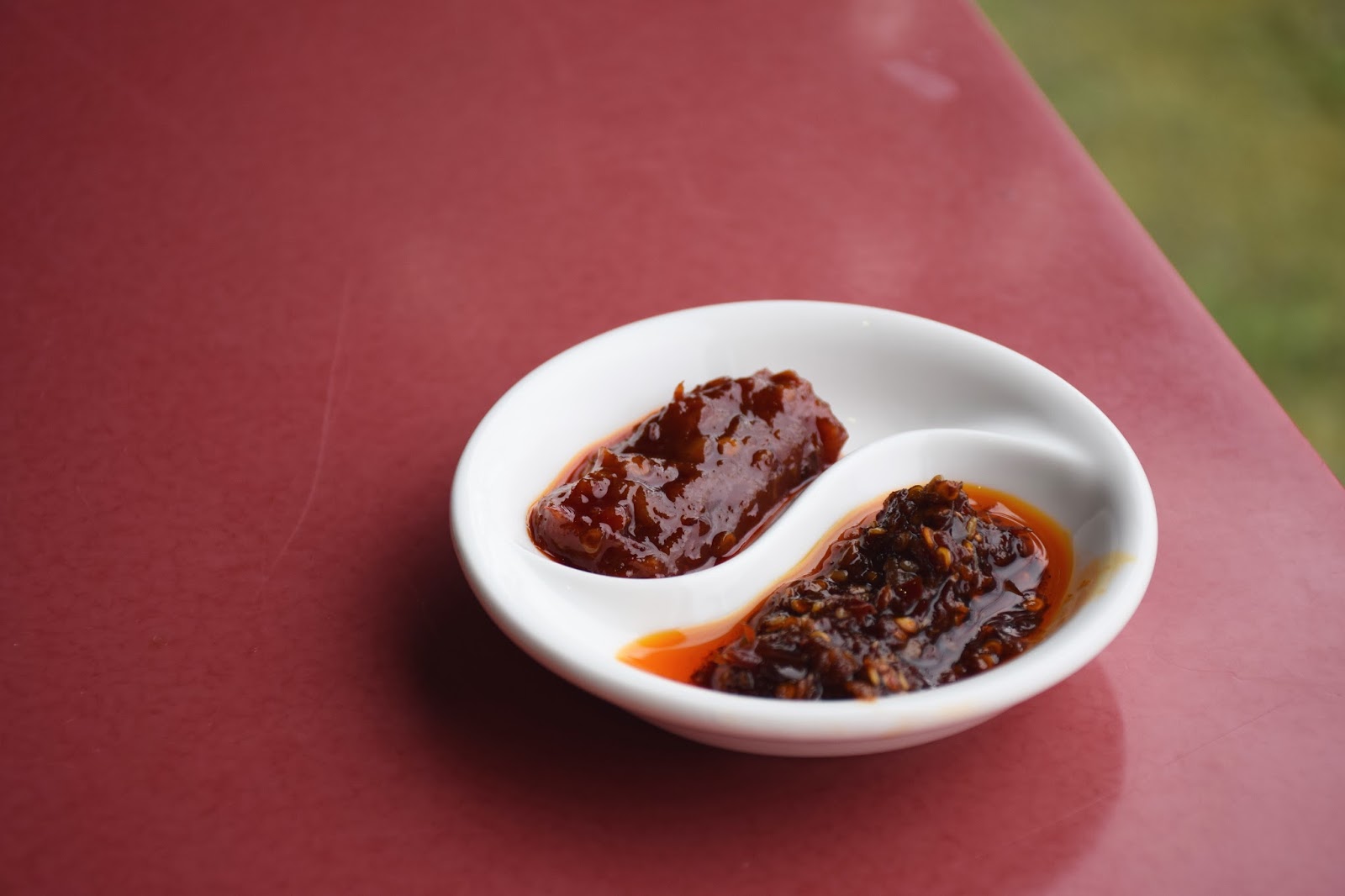 I don't know what brand their hot sauce is, but man, is it addicting!! I love how they give you two kinds! 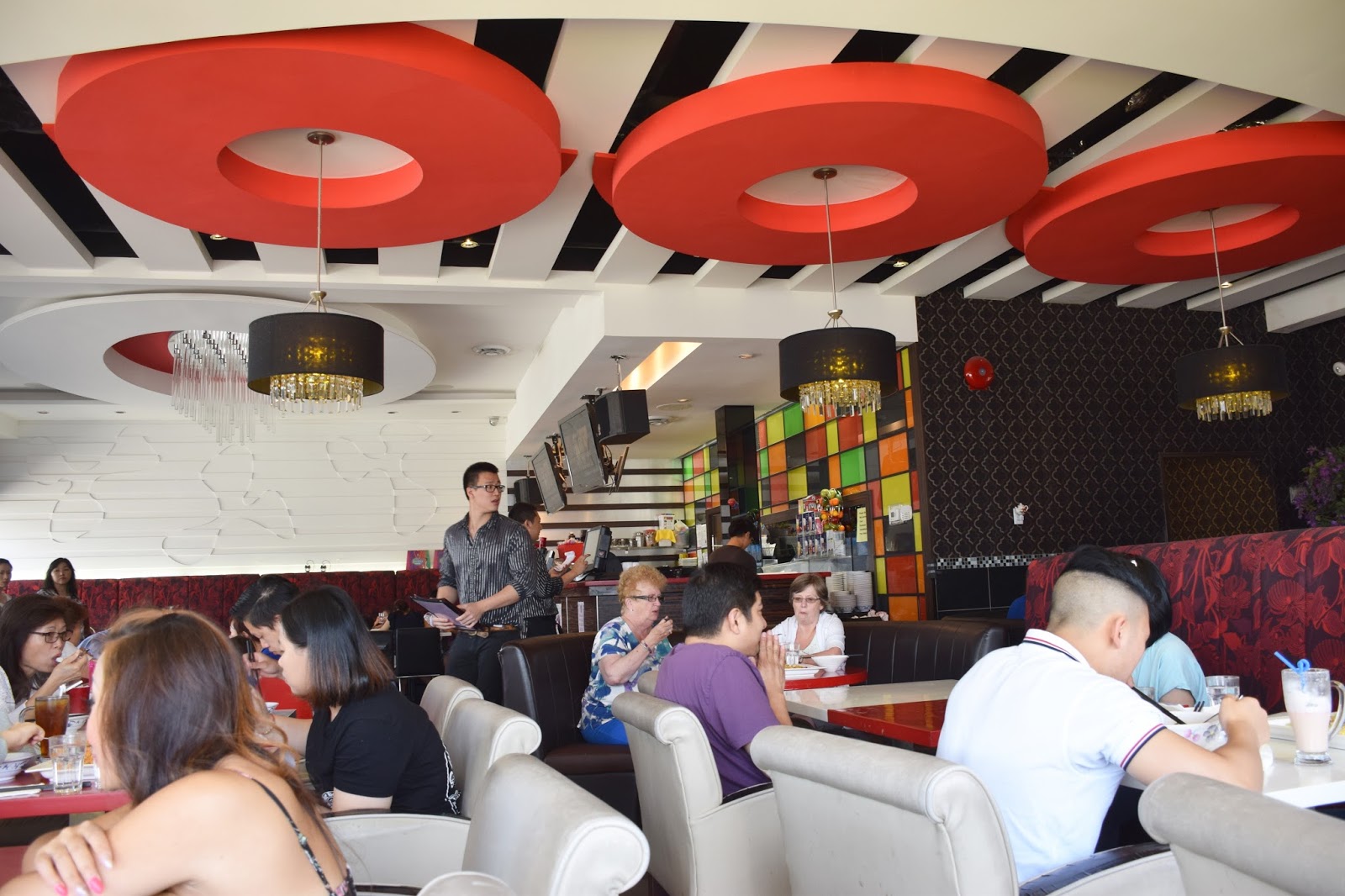