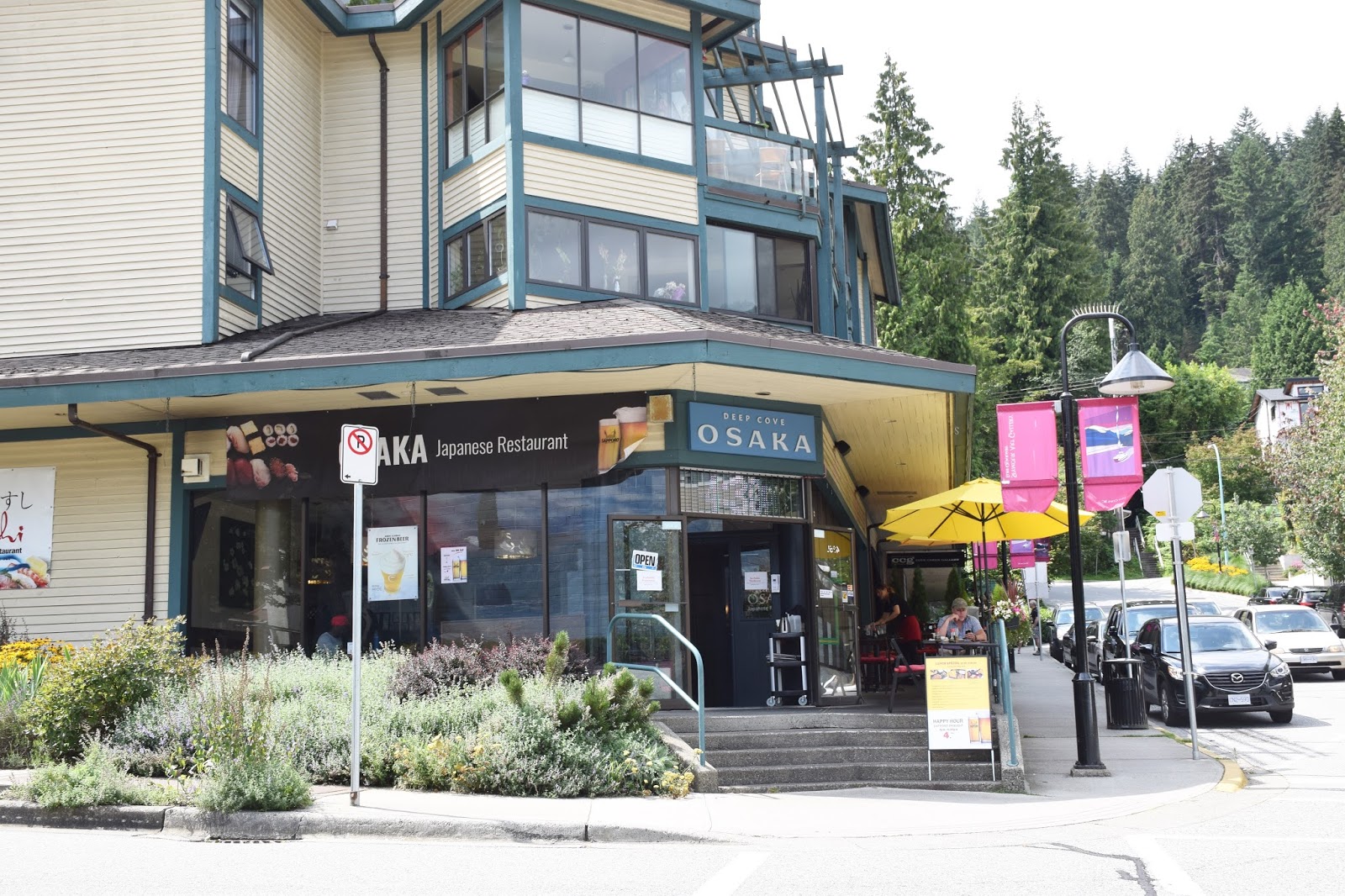 The other day, my dad had the entire day off!! Getting time off from work is a rarity for him. So we decided to take advantage of the fact and went on a day trip to Deep Cove!! Since he's so busy, spending a day with him definitely felt like a treat!

I rarely go to North Van because I'm usually not in the mood to transit that far...but if I could, I would go every week!! North Van is so beautiful! :D

When lunch time rolled around, I asked my dad what he wanted to eat...to which he replied "white people food." Yes...he refers to anything that's not asian as "white people -insert noun here-" (Don't get offended.)

We came across this really cute restaurant with an open patio - my dad took one look at the menu ($17 for a pasta dish) and bolted. Expensive food doesn't sit well with him.

In the end, we settled on Osaka Sushi, because he wanted something "substantial." Instead of sitting inside, we grabbed a seat on the patio! They were advertising this really cool frozen beer slushy, it looked like it had whip cream on top!! (I've never heard of such a thing...but then again, I'm not much of a drinker.)

My dad took one look at the menu and ordered his signature "lunch box." Anything other than a lunch box (combo) isn't an option. My dad never finishes his lunch box, but he did this time! That's saying something! All in all, Osaka Sushi really delivered (which I definitely wasn't expecting, given the location.) 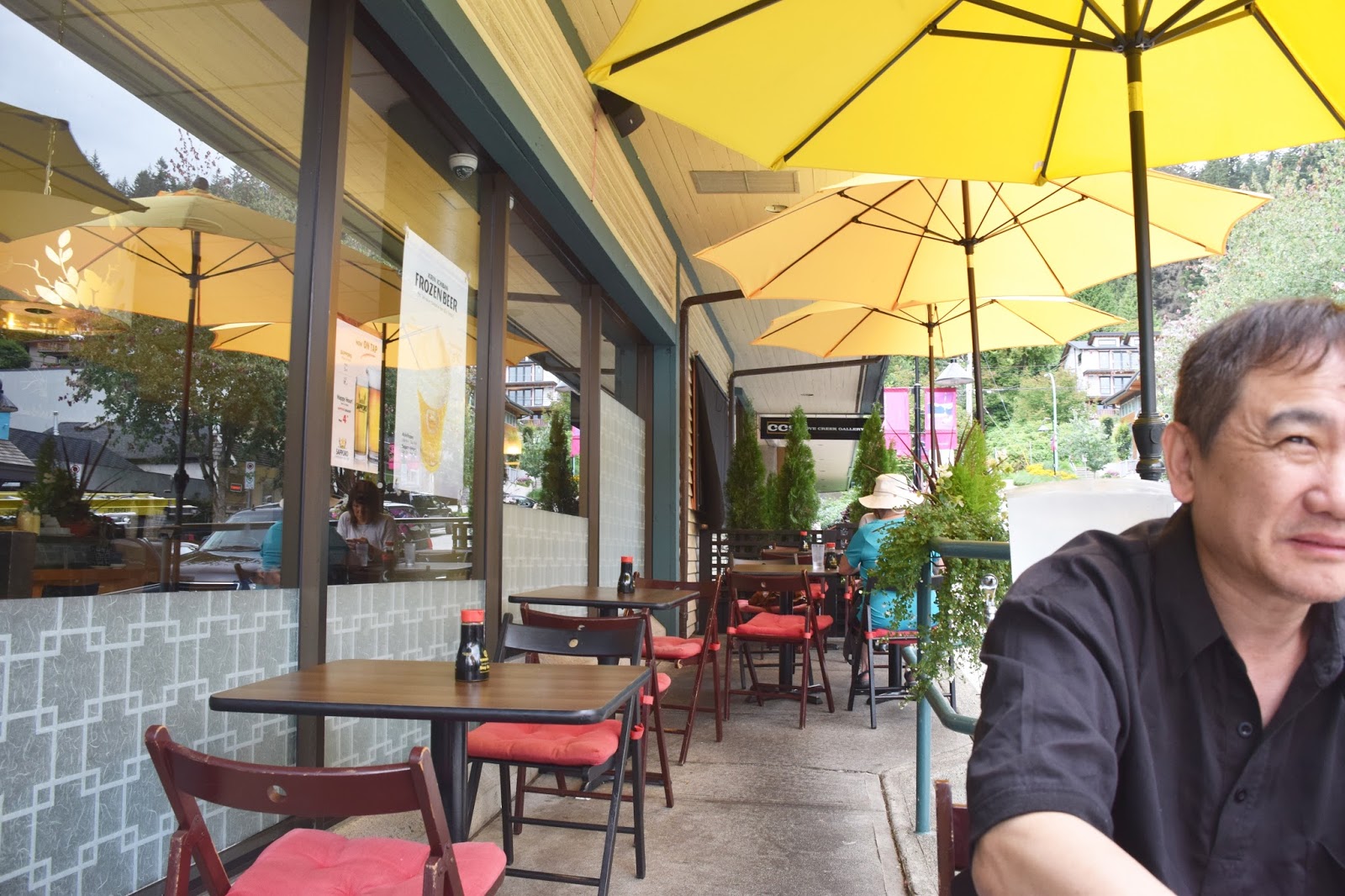 This is the first time I've dined on a patio with my dad! Making memories! :D 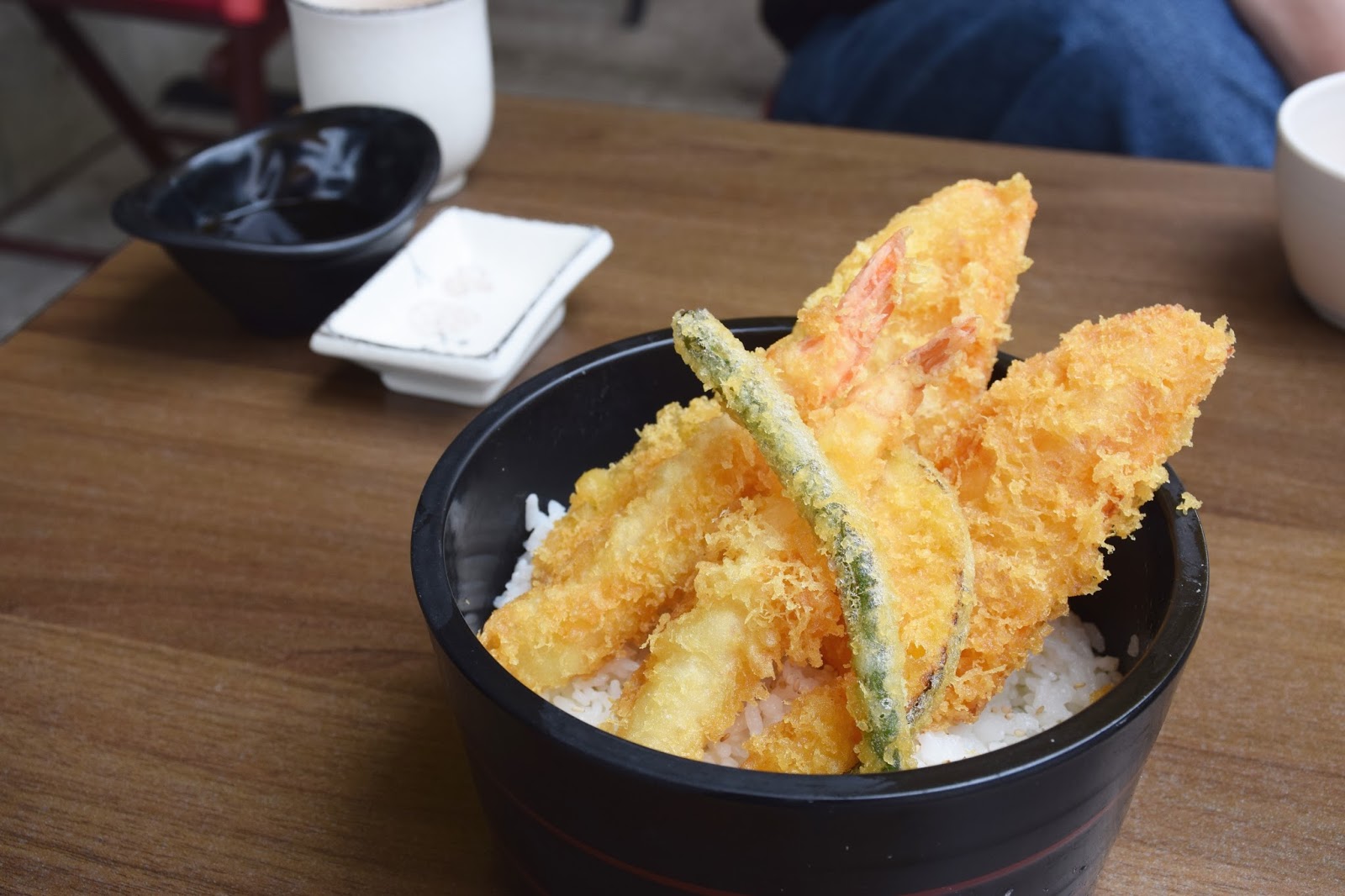 This was really yummy! I honestly wasn't expecting this to be that great (given the location) but they impressed me! The tempura batter was on point; flaky, crispy, and super flavourful! This is probably one of the most flavourful batters I've tried. It wasn't oily either! The rice was really good as well!! I had to order another bowl because it wasn't enough (obviously...harhar.) 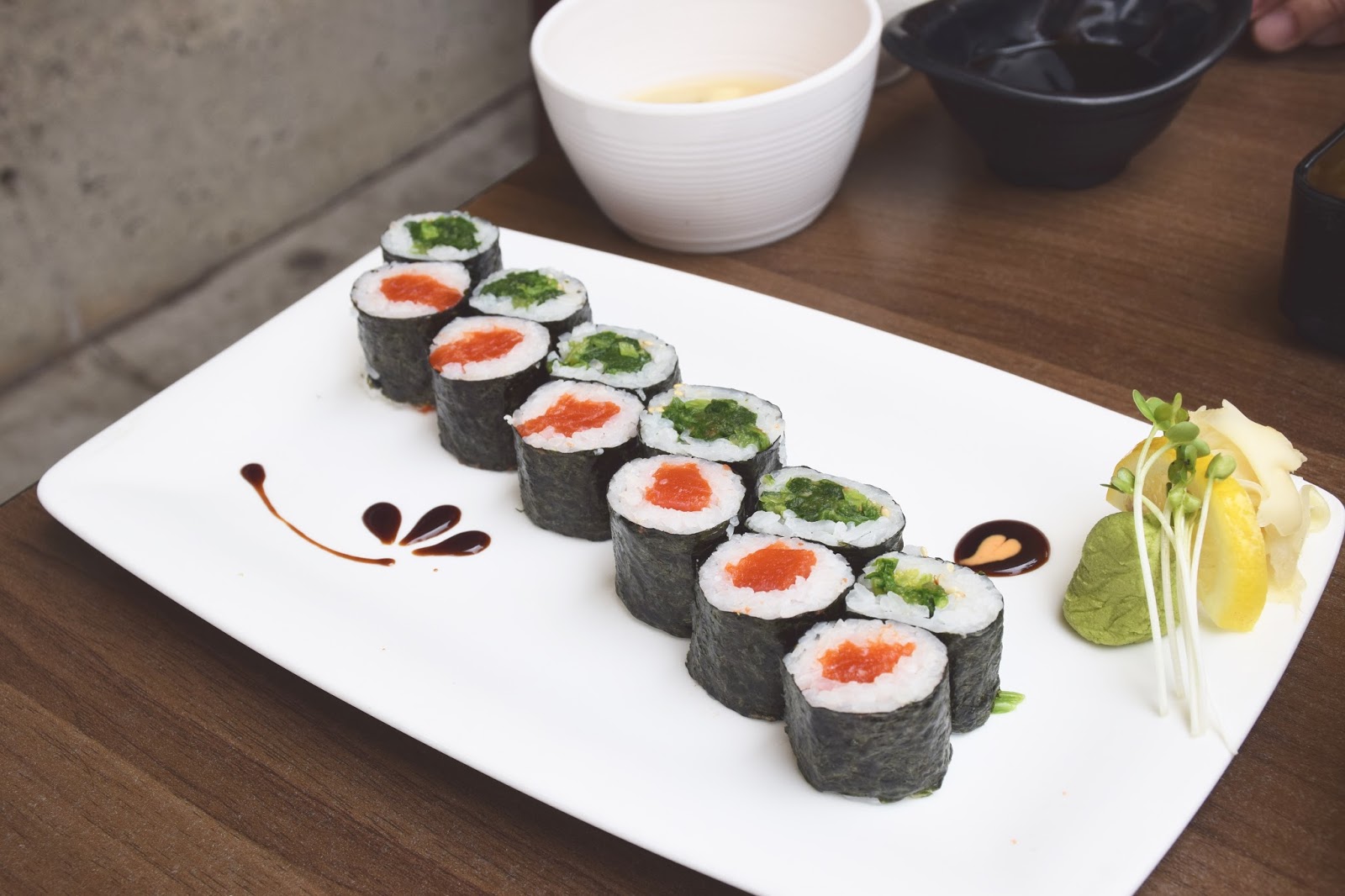 The presentation was so cute!! They drew a little heart with mayo in the teriyaki sauce! The salmon tasted really fresh, and I loved how neatly arranged the rolls were! I was expecting the spinach roll to be semi-bland, but it wasn't! 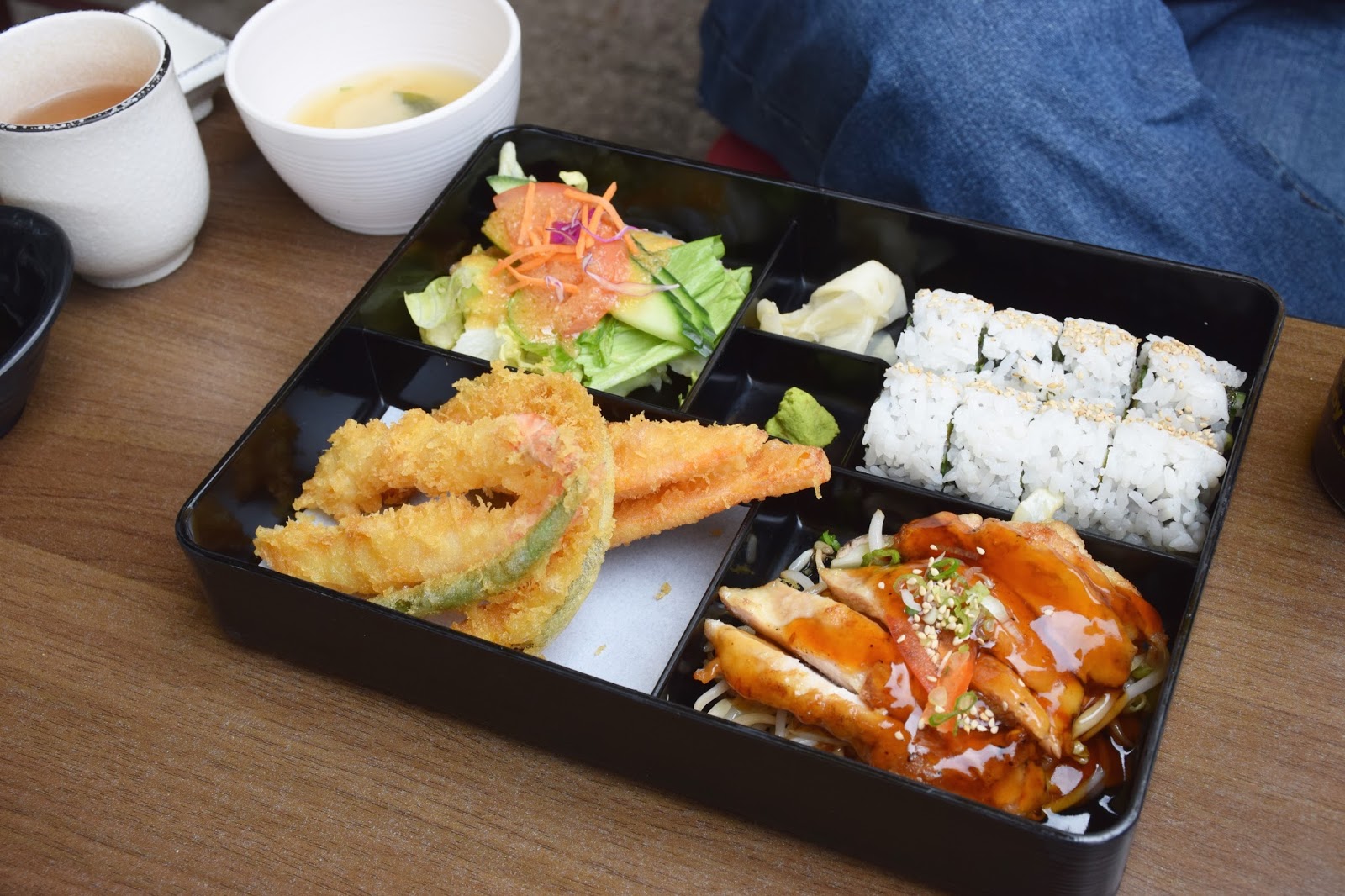 My dad had one of their lunch boxes (surprise, surprise!) All that was missing was some rice for the teriyaki chicken! He gobbled everything up without hesitation. My dad was more than happy with his lunch box! 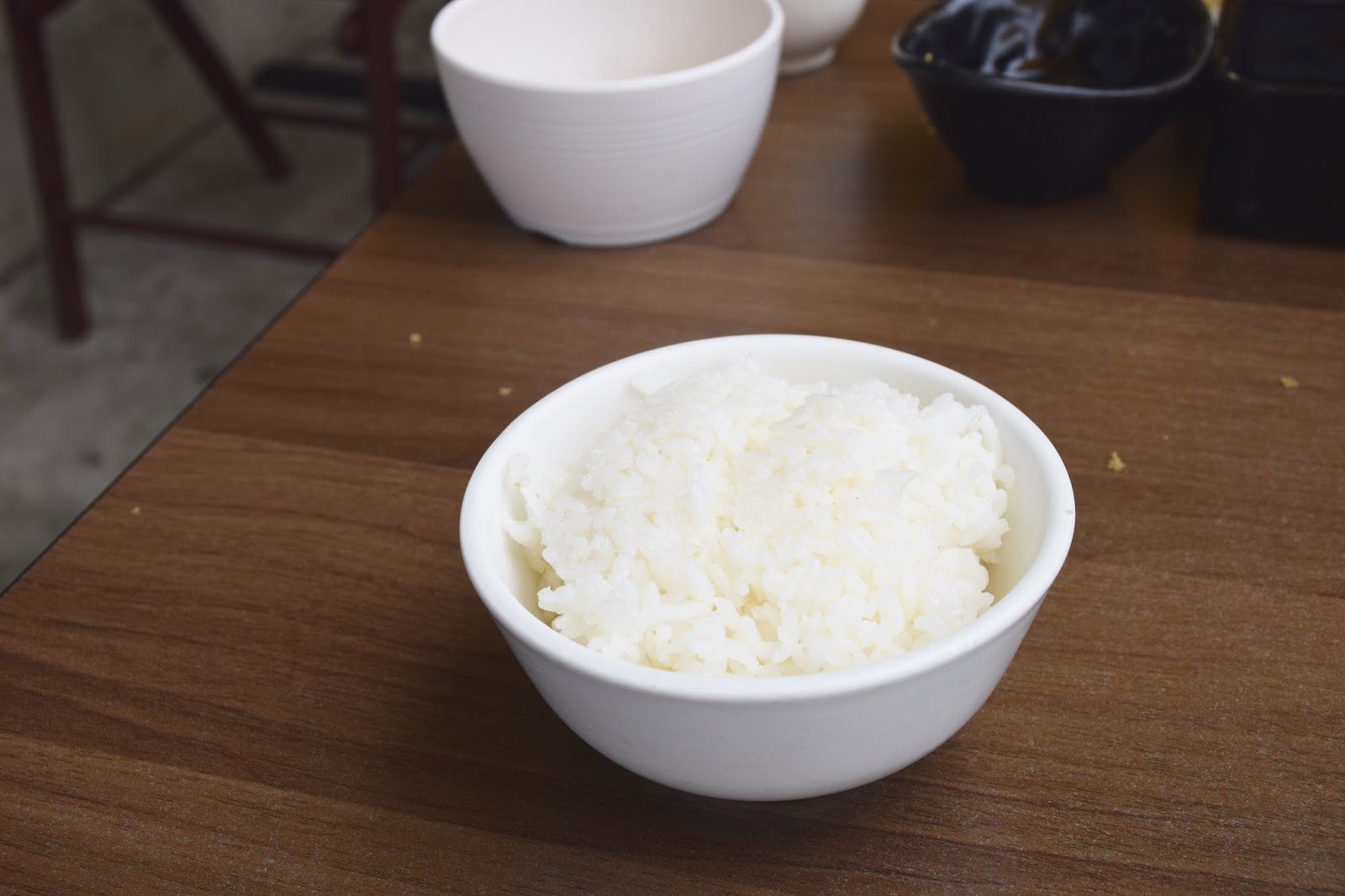 I ordered a second bowl of rice to go with my ten don heheh. This cost $2, but I could tell that it was higher quality rice! 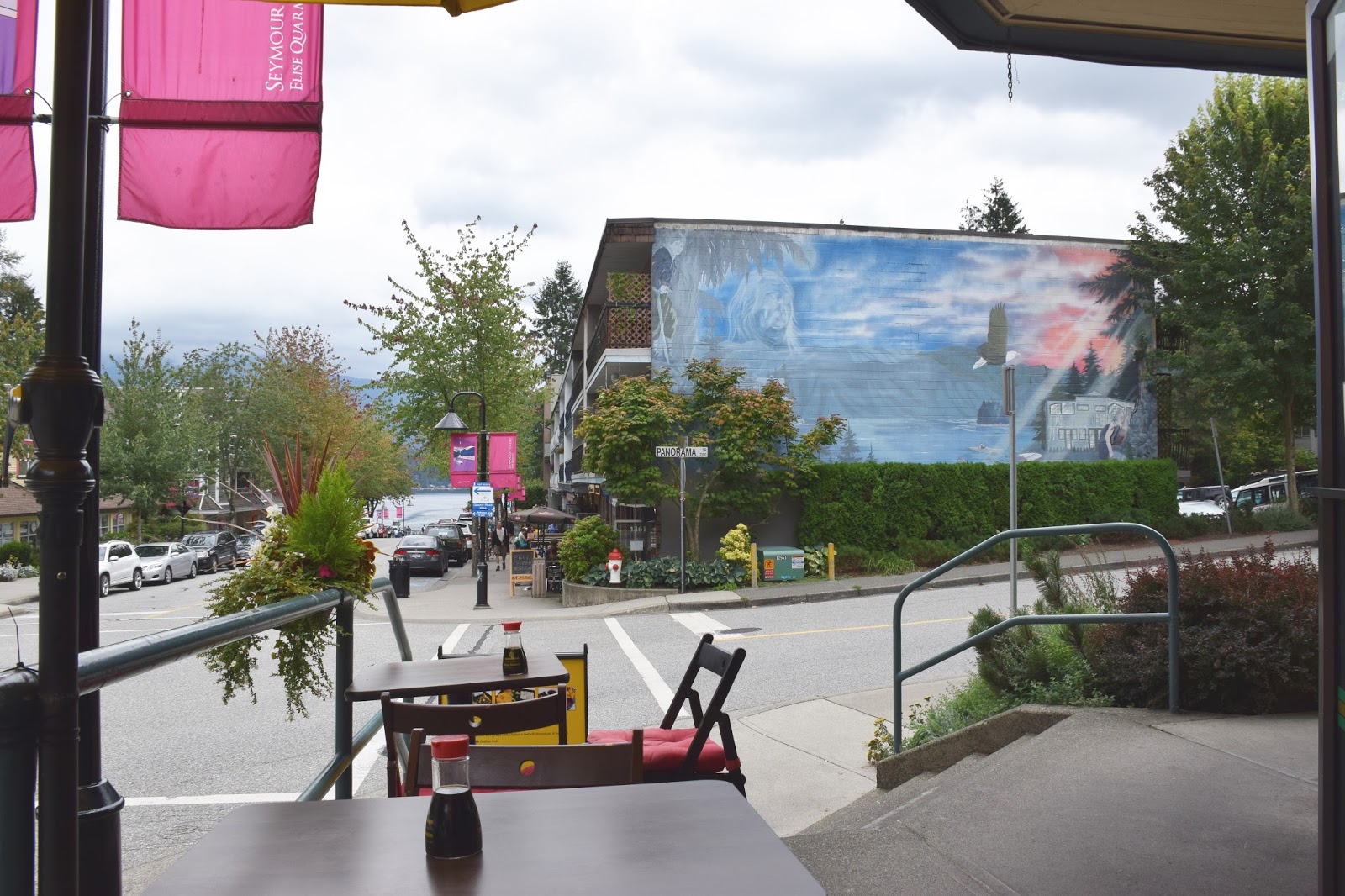