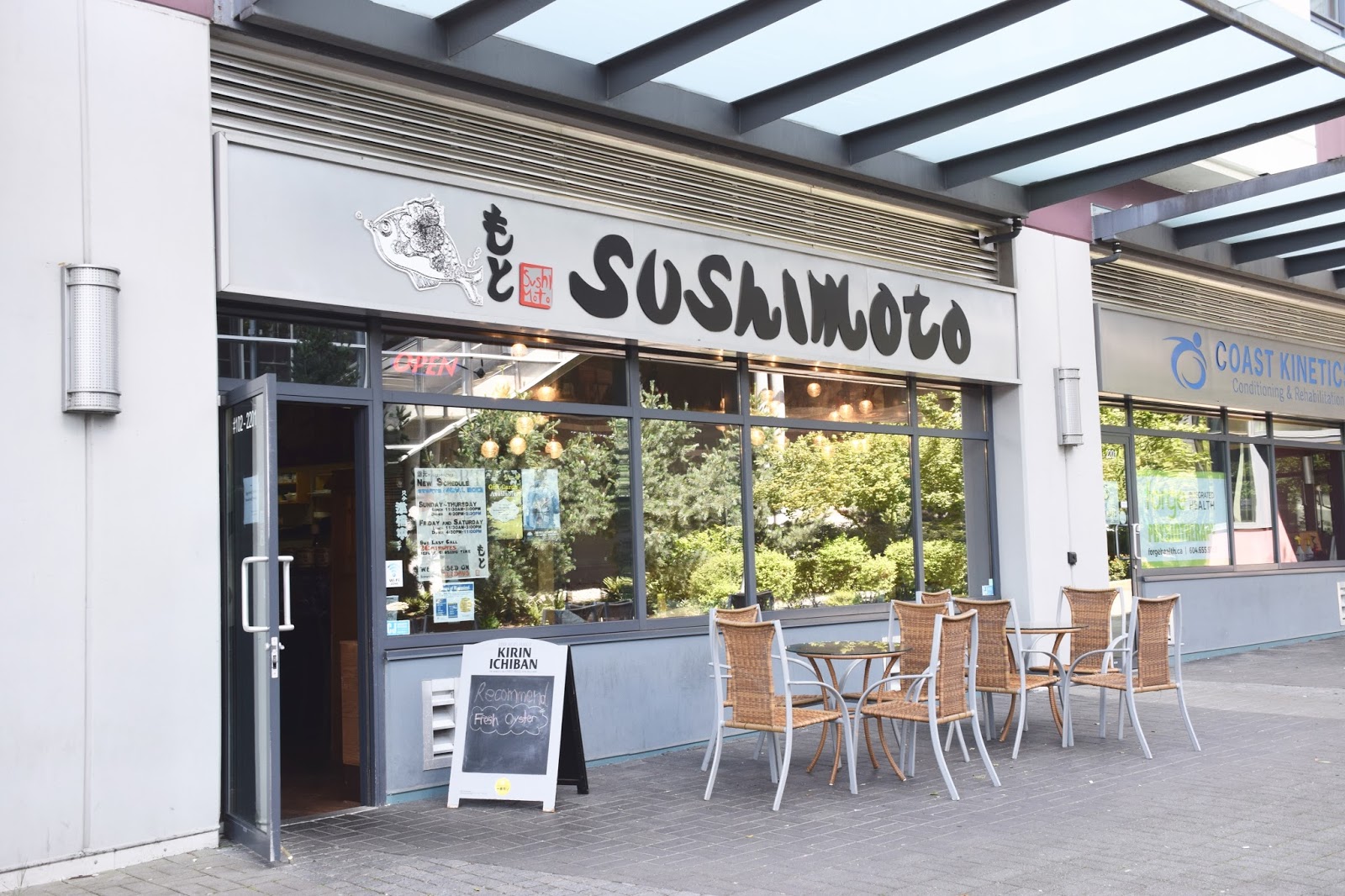 Last year (or was it the year before?) I was addicted to chirashi dons. Someone suggested that I check into Chirashiholics Anonymous (which was very appropriate for me at the time.) Chirashi dons satisfy my love of raw fish and my need for a carb heavy filler. Sushi doesn't have enough rice...oh how I wish it was socially acceptable to eat sushi with a big ol' bowl of rice! ;)

Being the skytrain commuter that I am, I'm always on the search for good restaurants within walking distance of a skytrain station. Sushimoto, a korean run sushi restaurant in North Burnaby, is located steps away from Holdom Station!

I asked the waitress to omit the raw veggies and lemon from my chirashi don (because of my allergy) but my chirashi don still came with raw veggies and lemon!! I had no choice but to send it back because raw vegetables and fruit make my tongue, lips, and throat swell (I couldn't eat the fish because of cross contamination.) I had specifically asked the waitress to omit them and repeated my request twice to see if she understood (to which she nodded.) They did remake my chirashi don but the waitress didn't apologize when I told her...she just seemed really confused. But in the end, I was satisfied with my meal! No complaints :D 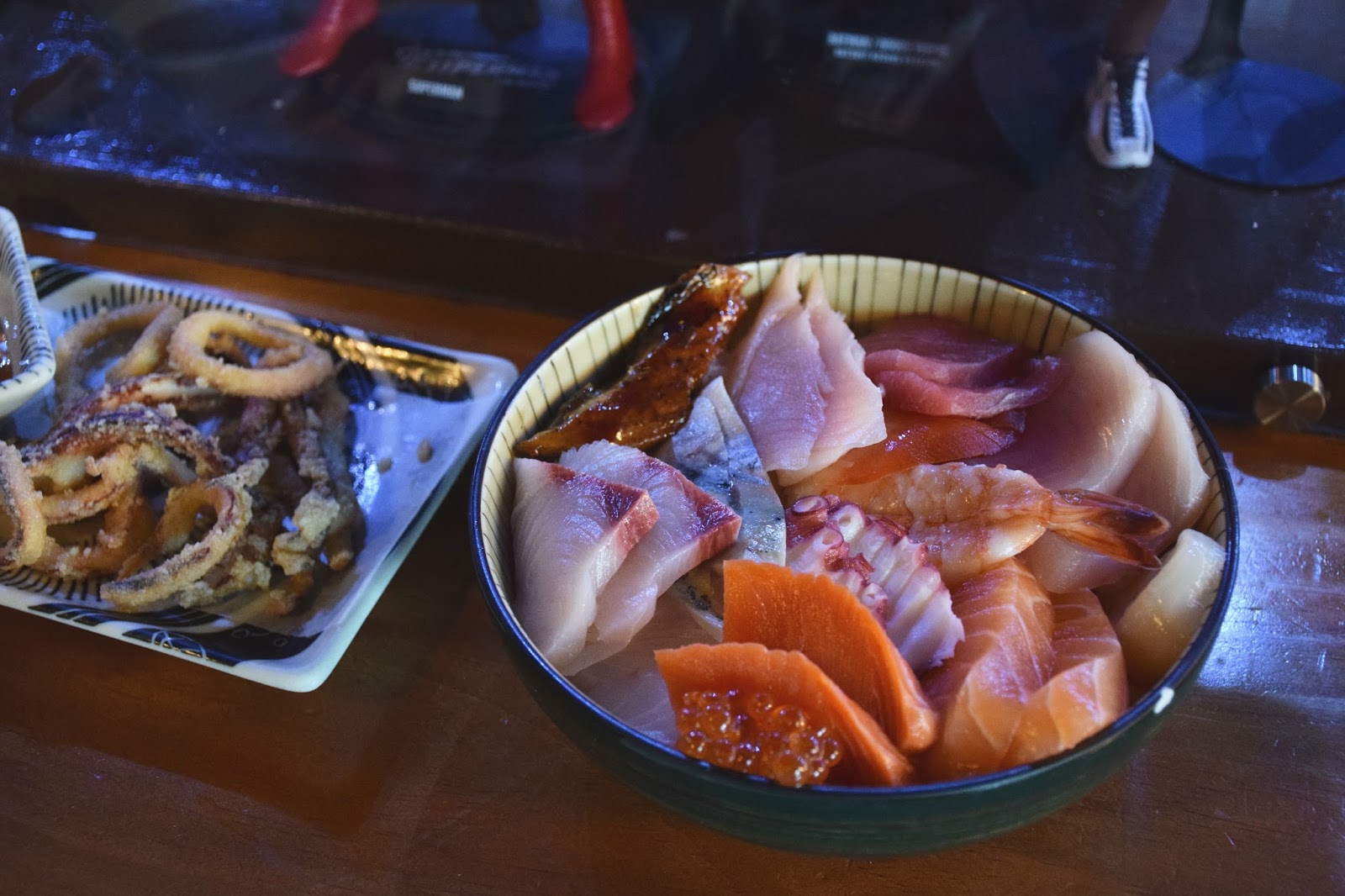 All in all, I was pretty pleased with my chirashi don!! The slices of fish were fresh and they included some higher end cuts (so I definitely got my money's worth!) The sushi rice was well made; vinegary and just the right texture! 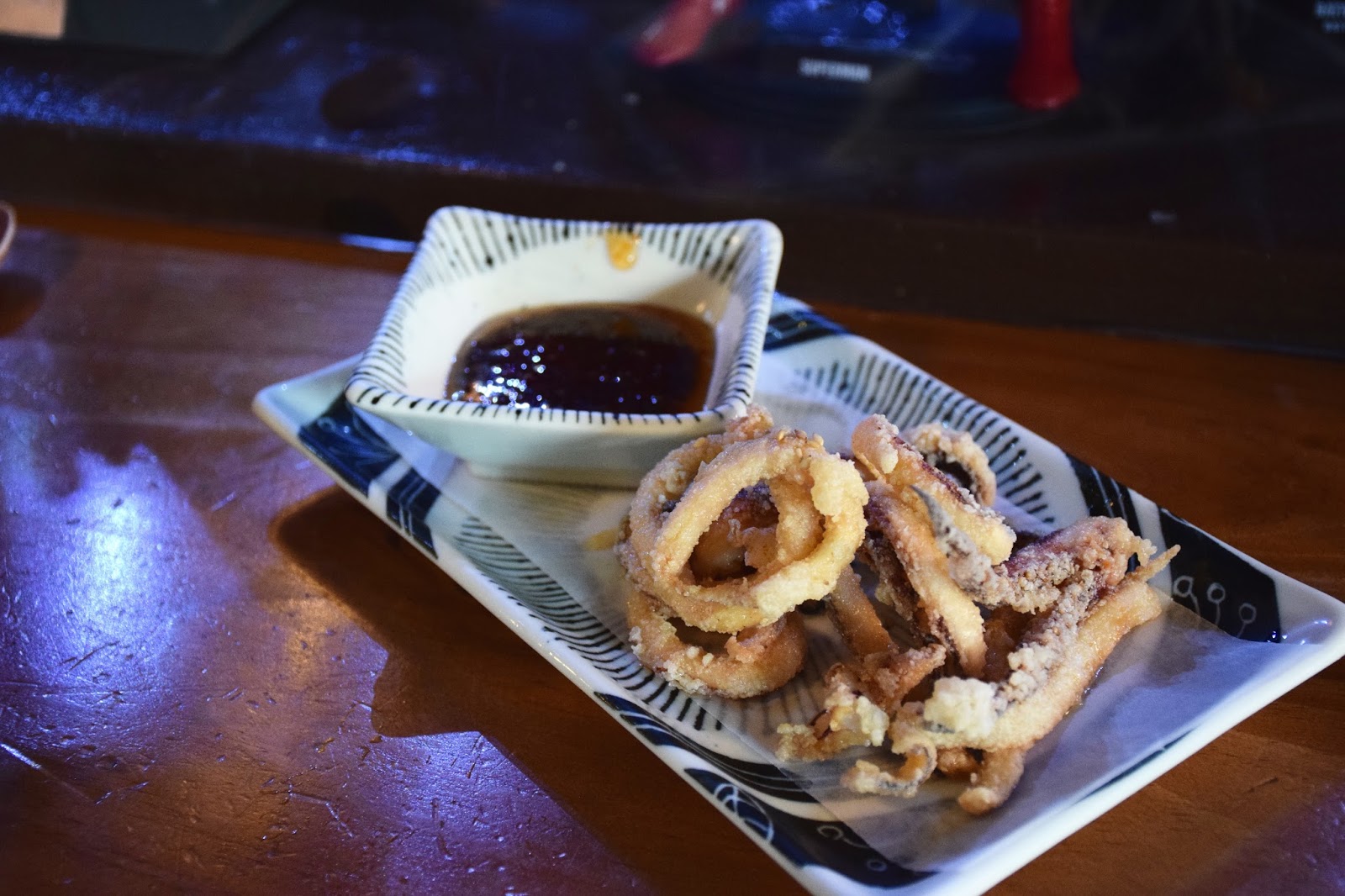 I wanted something hot to go with my (cold) chirashi don, so I got their ika kaarage!! This was a tiny portion - izakaya sized! The squid rings were lightly battered but rather greasy. The flavour profile was good though! This also came with a side of sweet thai chilli dipping sauce! 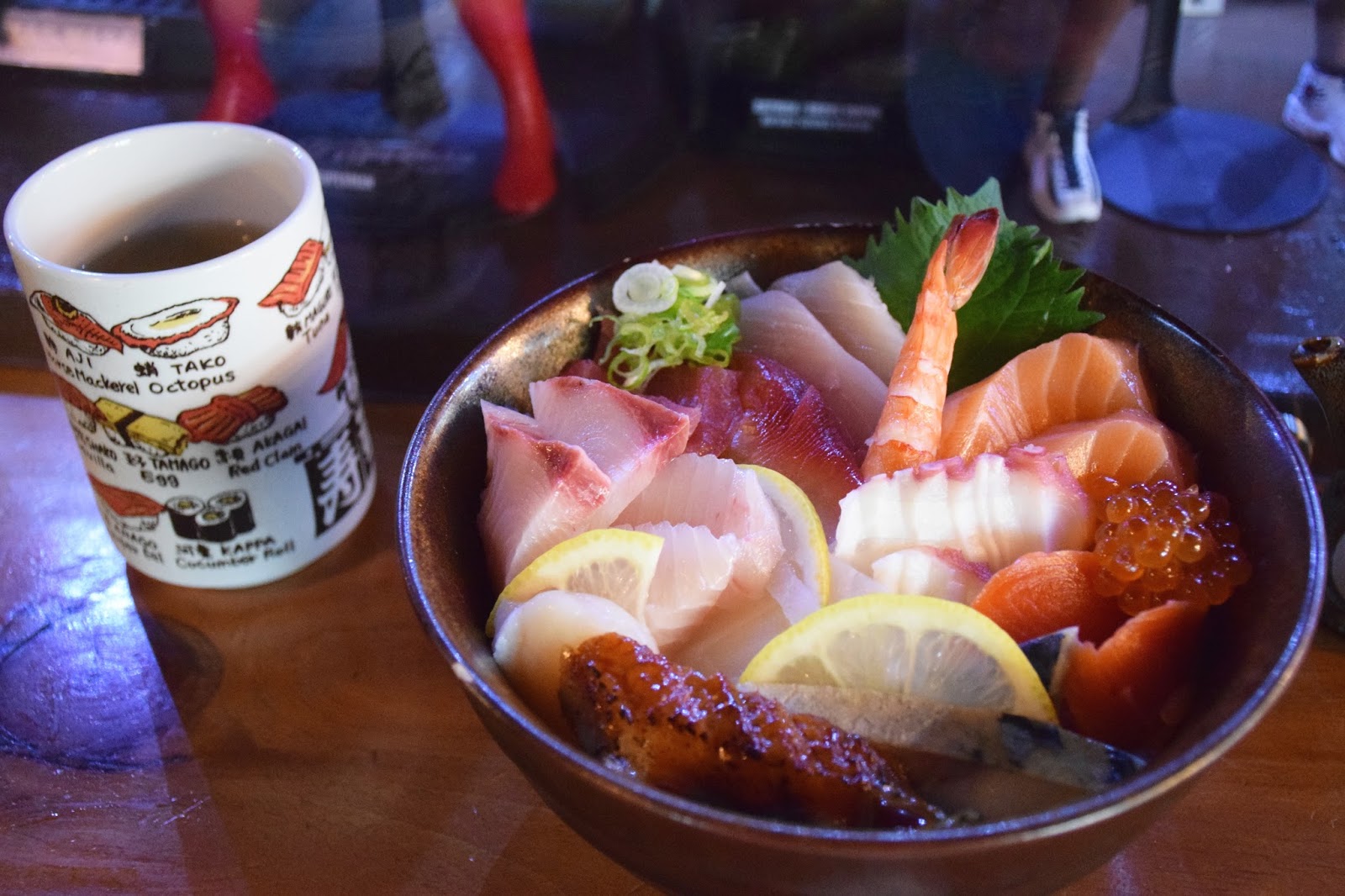 The original chirashi don (with the added lemon, green onion, and perilla leaf!) 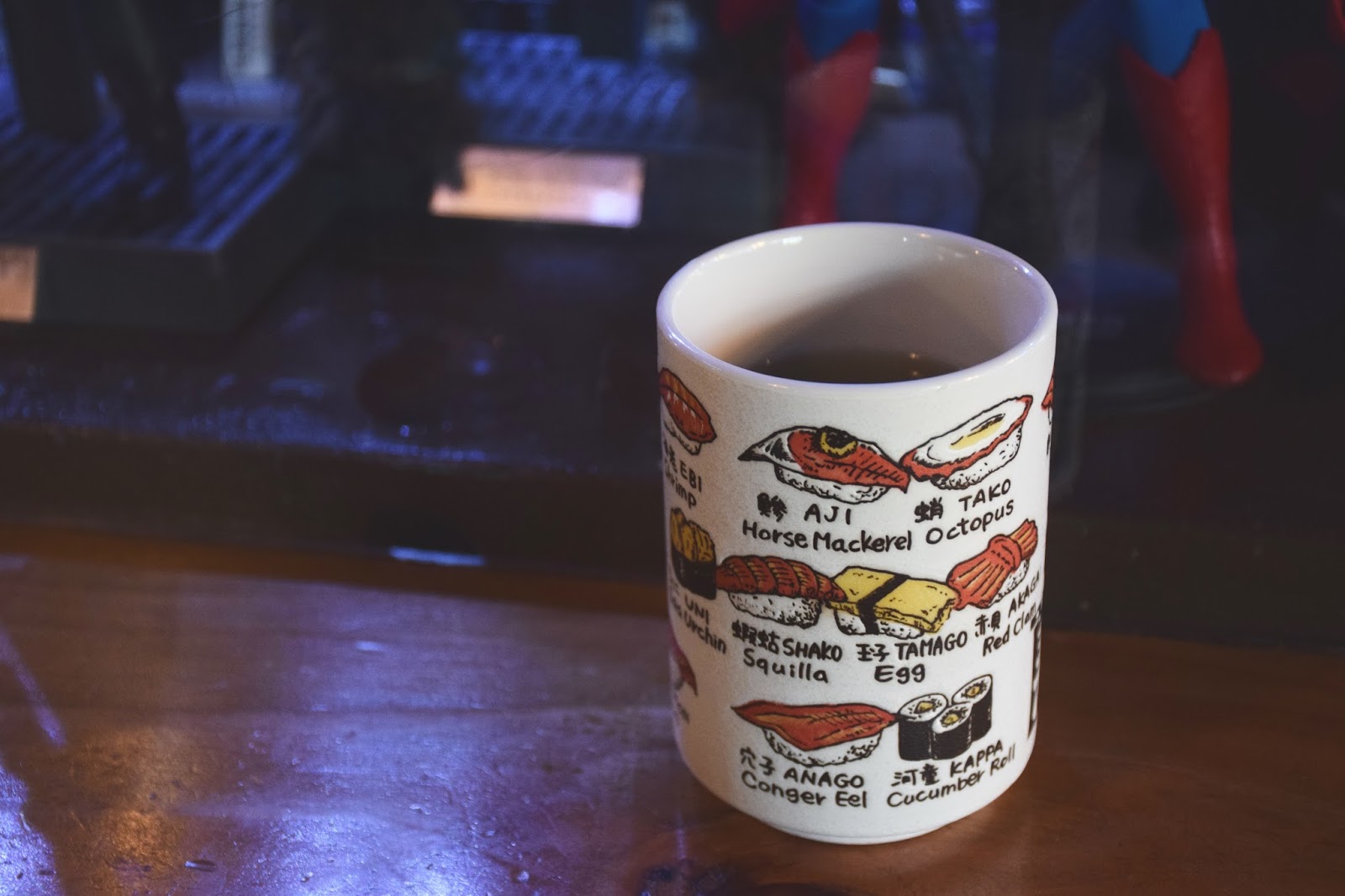 Their cups are so cute!! 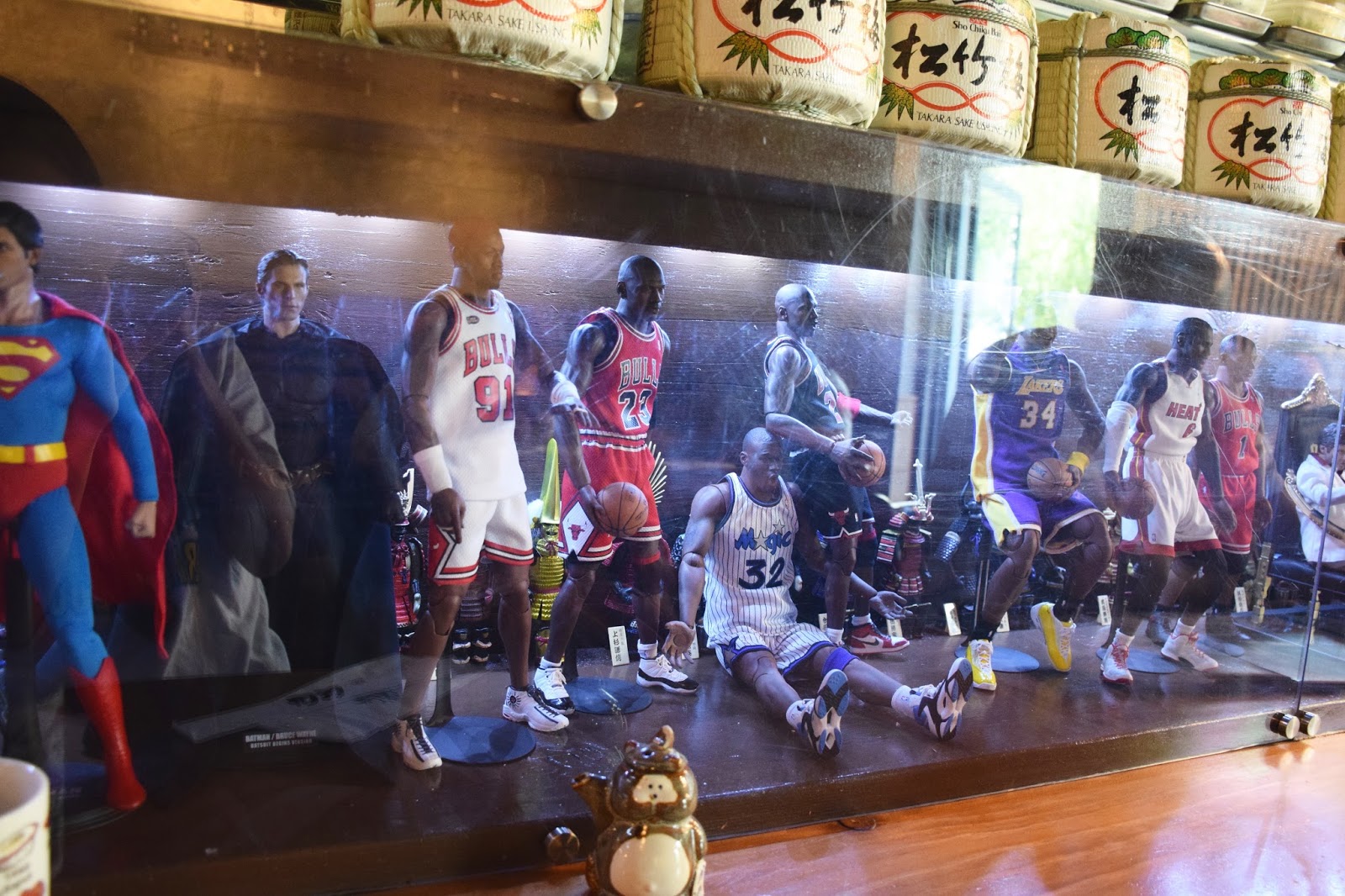 They have an assortment of neat figurines displayed at the bar! 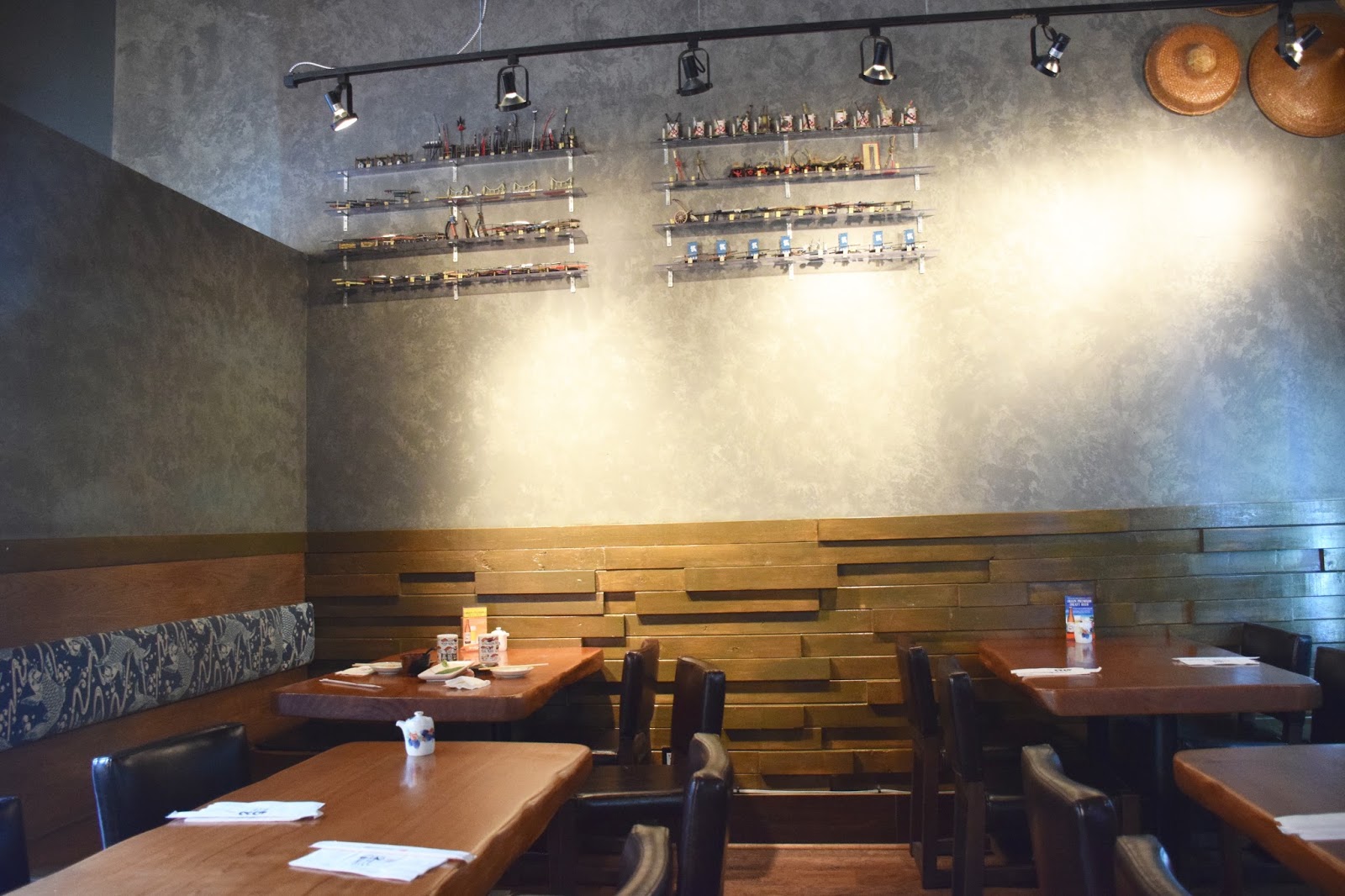