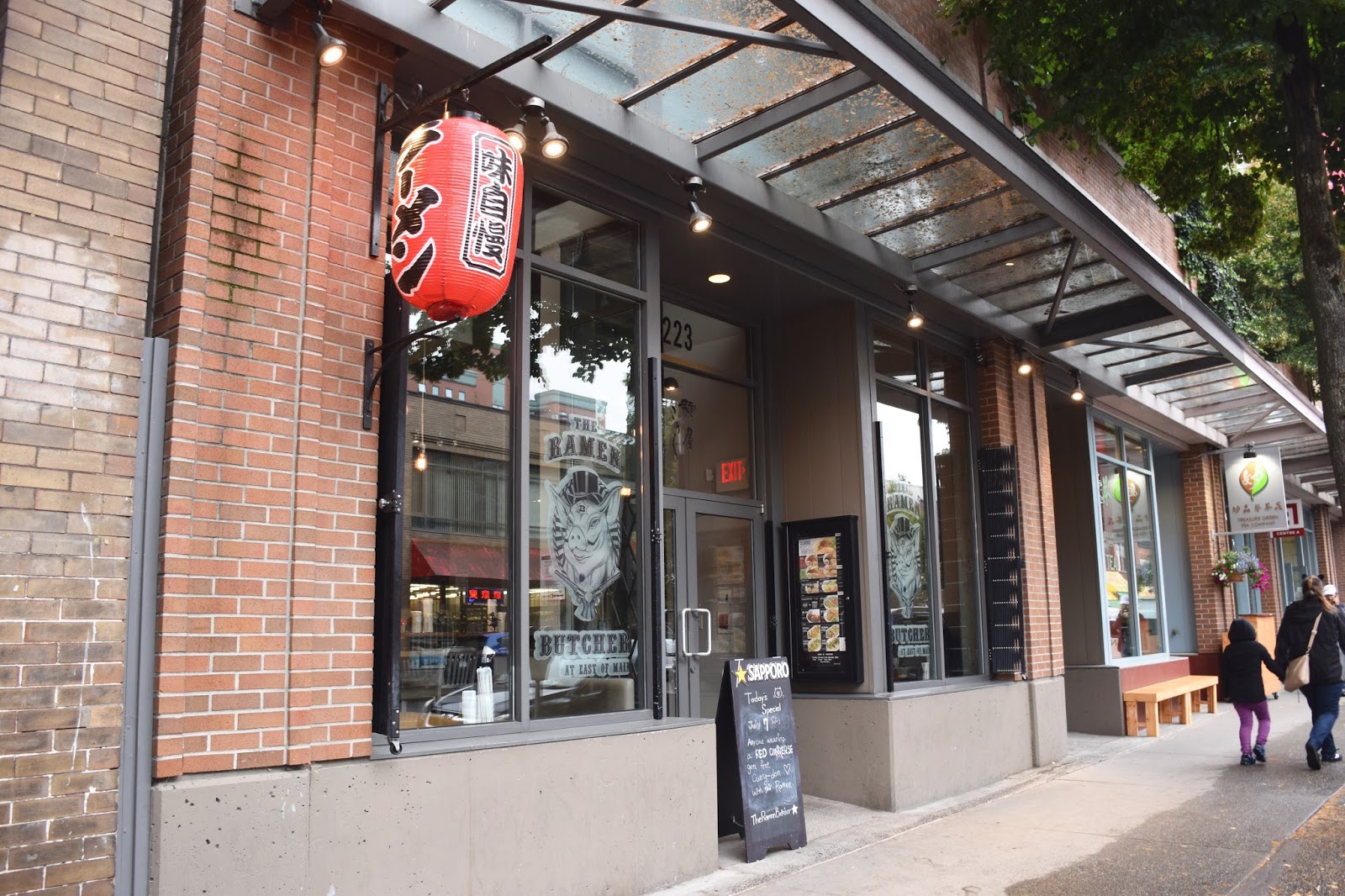 So my mom has this theory. She thinks I've acquired (in her words) the "stay at home" disease. What, is there something wrong with not going out?

I only have class 3 times a week this semester, so I only leave the house 4 times a week. Monday, Tuesday and Wednesday I have class, and on Friday I see my allergist.

Thursdays, Fridays, Saturdays, and Sundays? I stay at home.

And I'm perfectly content...living in my own little bubble.
Hopefully my habitual homebody-ness will prove useful...later in life (when I'm retired.)

Anyways, I was lucky enough to be able to squeeze in a few ramen visits before my gluten ban. I ate at Hida Takayama, the Ramen Butcher, and Sanpoutei in August ~ looking back at those pictures just makes me miss it even more!

I know the Ramen Butcher gets a lot of flak online, but personally, I really like them! Their original tonkatsu broth is one of the densest ones I've tried (in Vancouver.) The free kadema doesn't hurt either (I always order a second helping of noodles anyway!)

In fact, I think I'll go as far as to say that the Ramen Butcher is one of my favourites. There's definitely better ramen out there (the big 3 Santouka, Kintaro, Marutama, etc) but it's still pretty decent, considering the:

And the fact that I don't have to:
- Wait in line (I don't do well in crowds.)
- Eat quickly. I never feel rushed because the restaurant is usually half-empty (people aren't packed like sardines.)

Oh, and have you guys noticed? Their logo is a hilariously accurate depiction of Napoleon from Animal Farm (not sure if that was done on purpose or...)


Read my first review of the Ramen Butcher here:
http://www.vancitynoms.com/2015/02/the-ramen-butcher-im-back.html

Note: this visit was from before I stopped eating gluten! 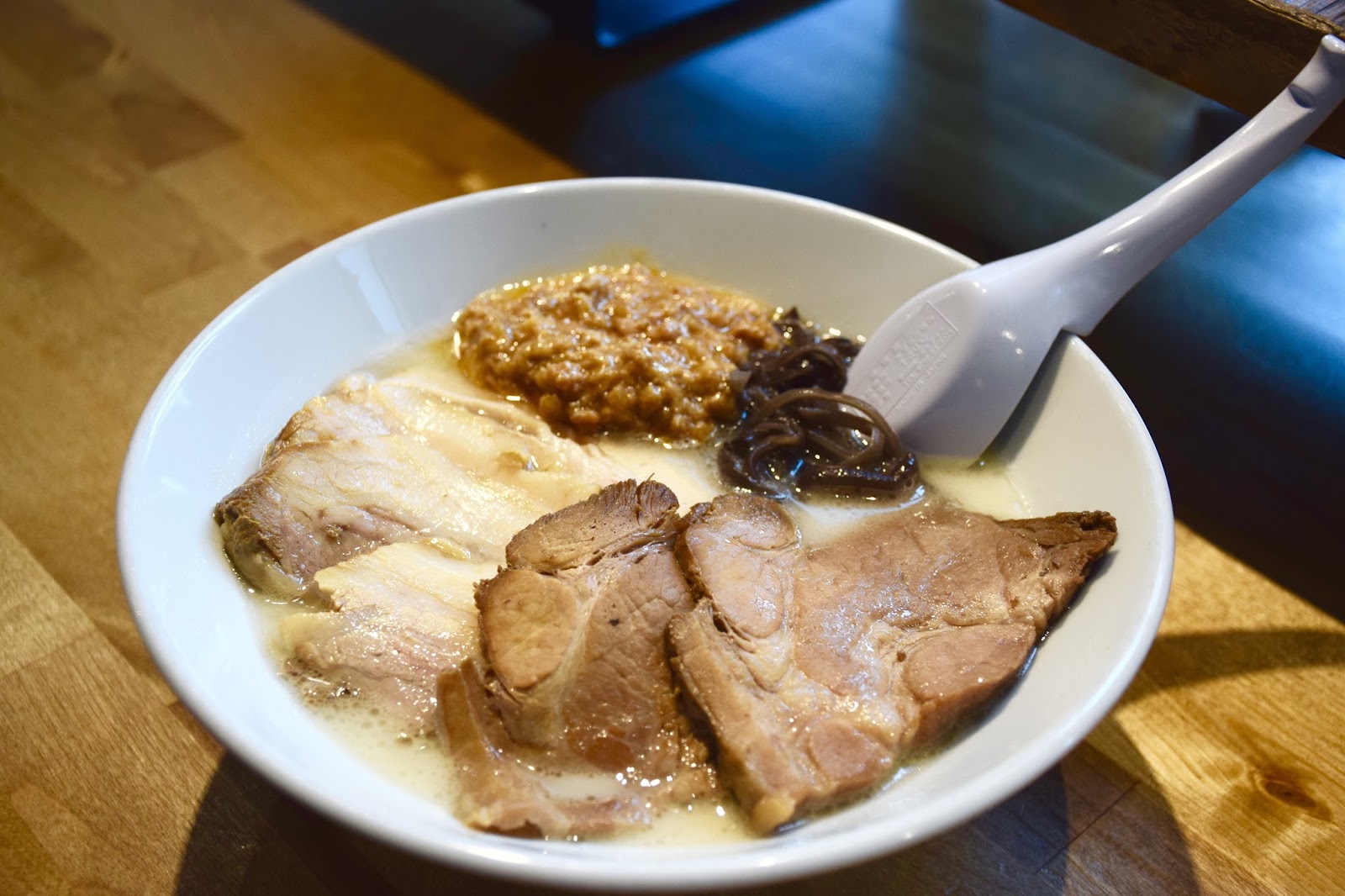 That broth though. SO THICK! A tad bit oily, but still really good. It was thicker than the first time I had it. The tonkatsu flavour is pretty prominent. The slabs of chasu were quite generous, and had a good ratio of fat to lean pieces! The miso ground pork added a lot of flavour. I really like the noodles here. They're the thinner kind (and they're rather stringy.) Easy to eat and soaks up all of that broth! 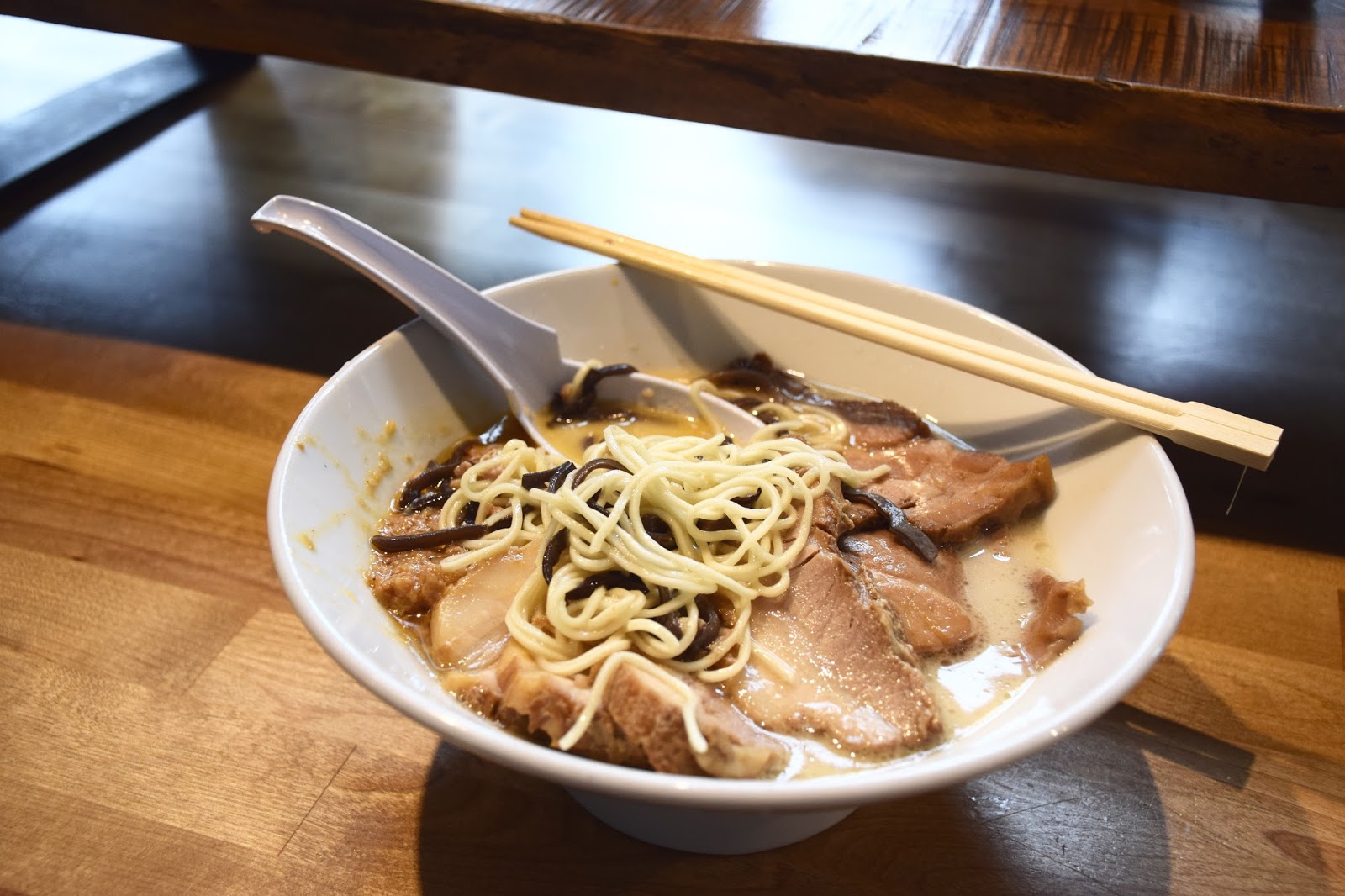 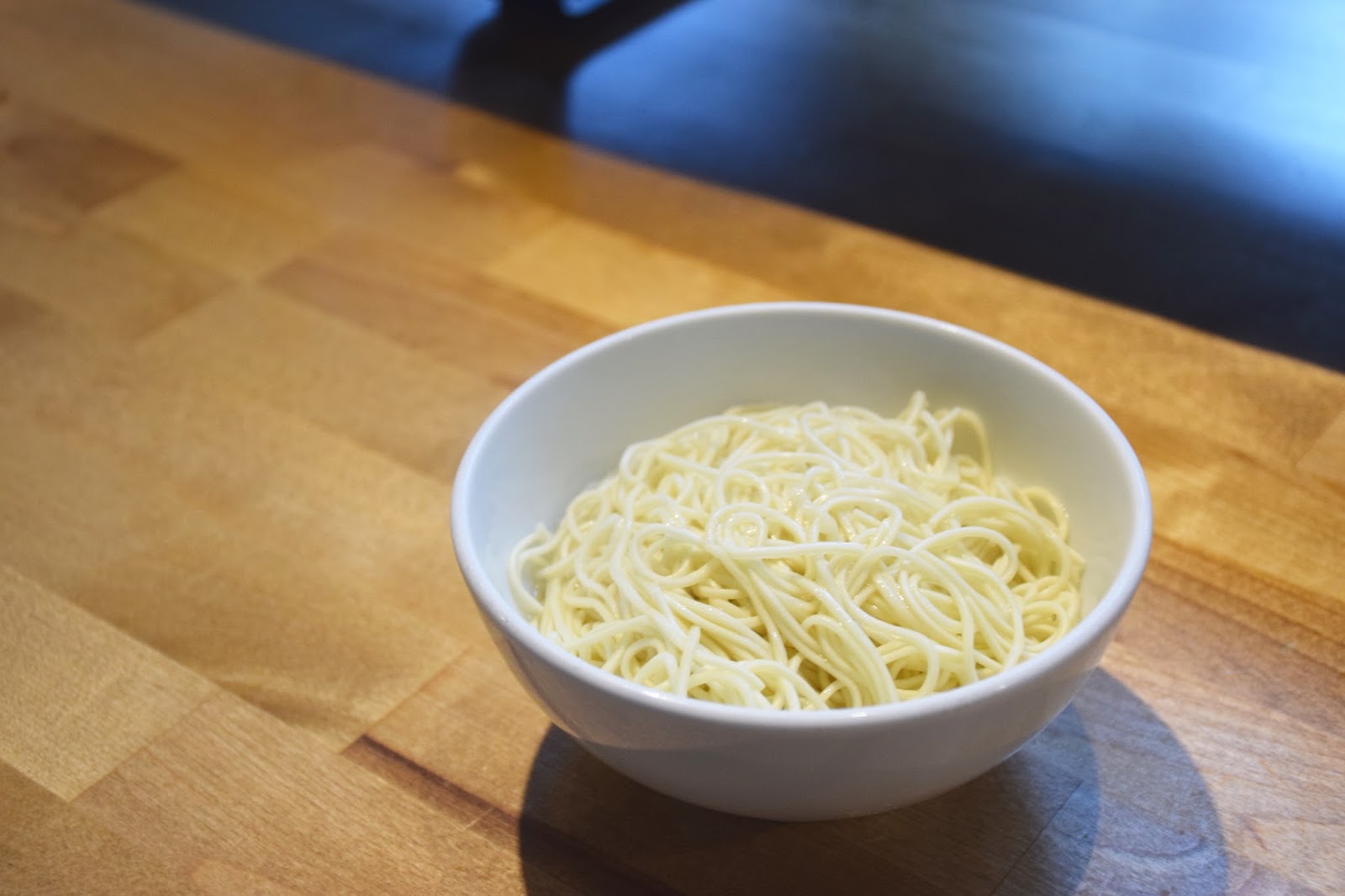 FREE Kadema. SO. MUCH. WIN.
That's an extra dollar in my pocket!