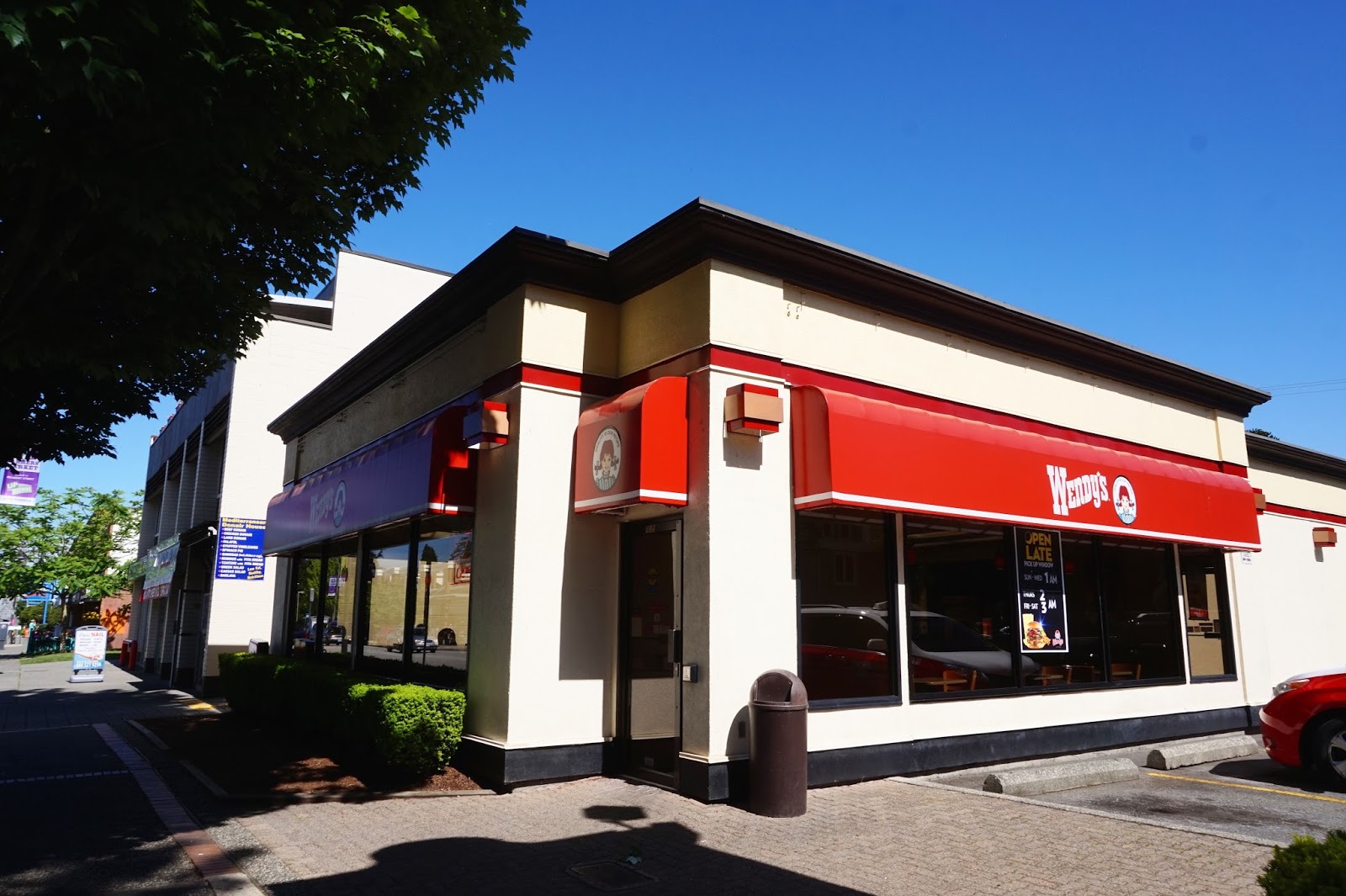 Sometimes a craving hits you...HARD. Yea, I guess that's what happens when you eat organic, plant-based, gluten-free food for weeks on end.

You have to indulge, once in a while...right? And by indulge I mean, indulge in the most nutritionally deficient substance known to man...fast food! (How people subsist on that stuff is beyond me.)

Even though I live 2 minutes away from a McDonalds...I've deprived myself for far too long. (Come to think of it, I've only been to that McDonalds once.)

Since I was quite the McNugget connoisseur back in the day...I decided to branch out and try something new, by way of some Wendy's chicken nuggets!

Wendy's you say? "Why didn't you go for the baconator? Or better yet, a baked potato?" It was all about the unidentifiable meat that day, my friend!

Unidentifiable slabs of so-called meat, washed down with a childhood favourite of mine: FRUITOPIA!! With copious amounts of S&S sauce to boot. 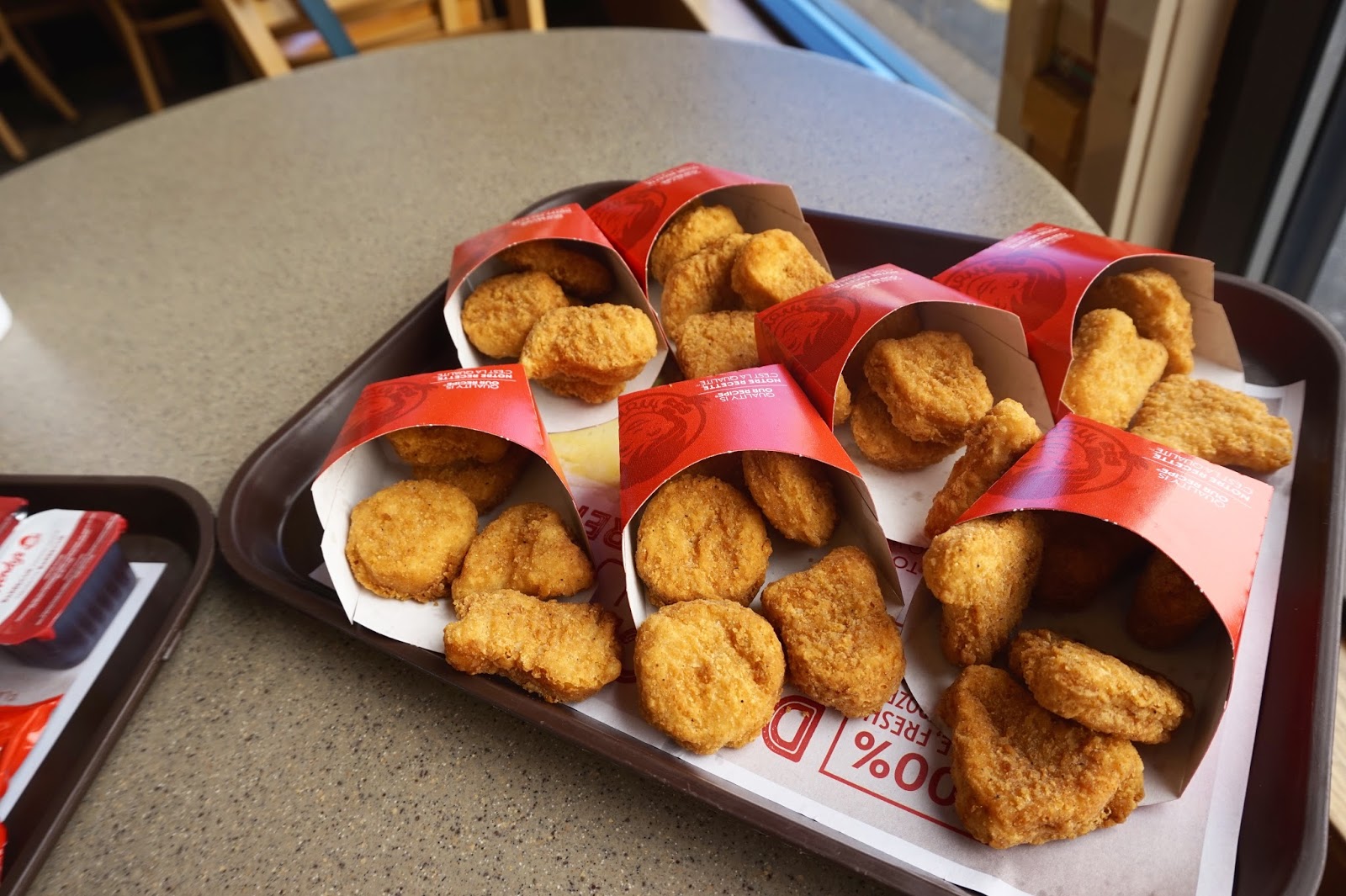 You know what? These were actually really tasty! I only vaguely remember what a chicken mcnugget tastes like, it's been so long. In comparison, these were more peppery and crispier on the outside. The interior was relatively moist. As you can tell, I'm not one to pass up a good deal... 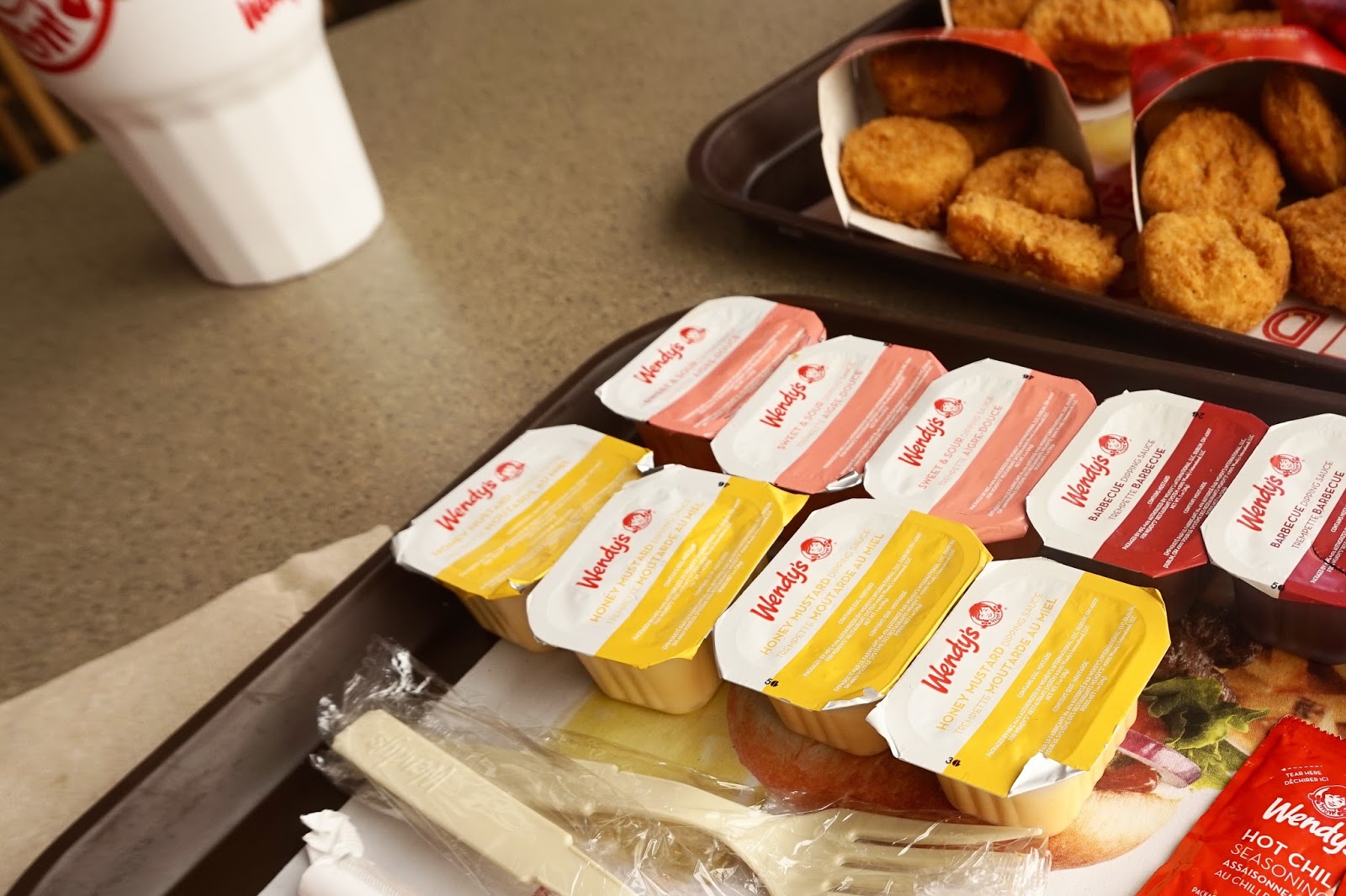 Some sauce to break up the monotonous flavour! 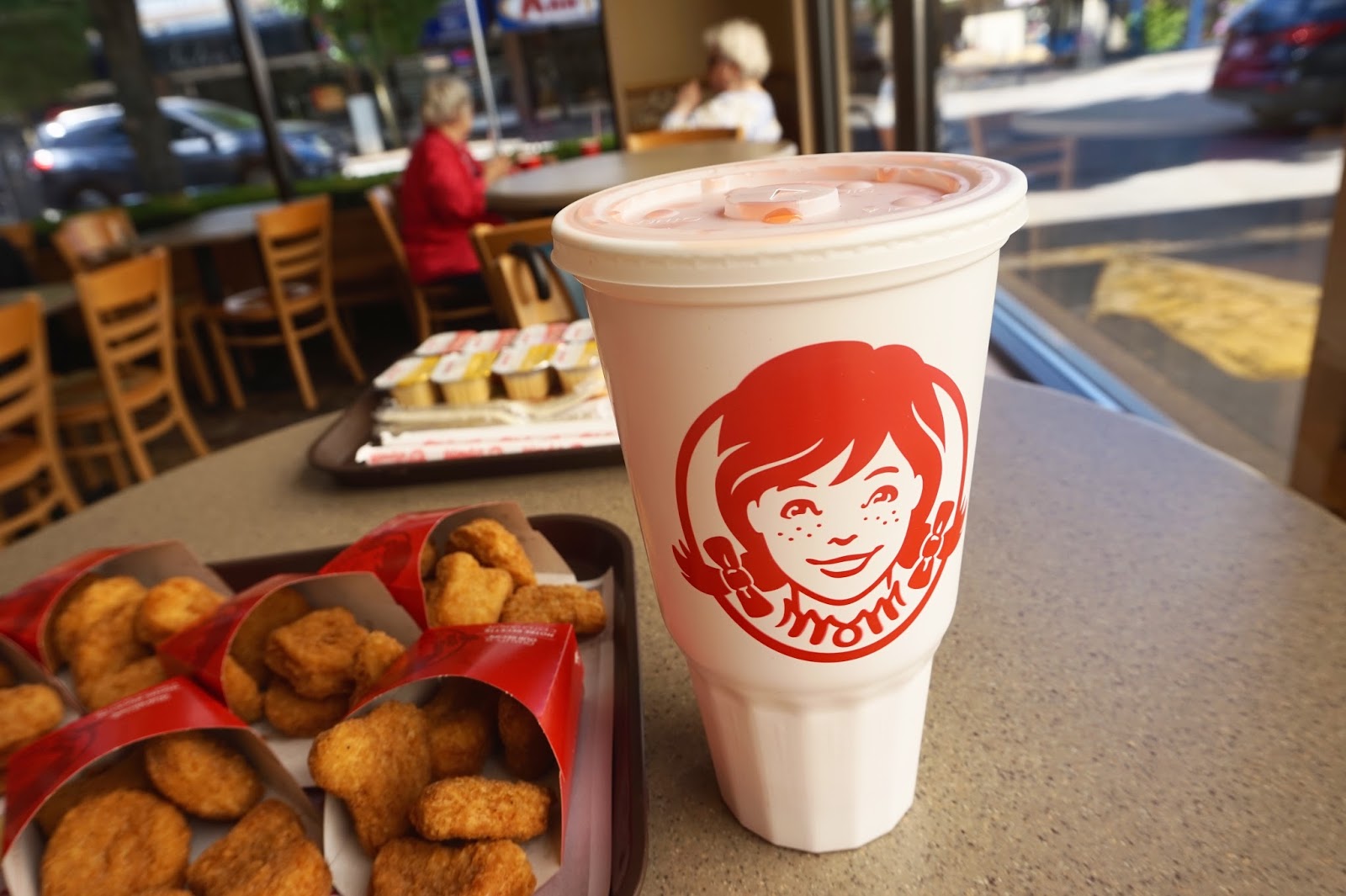 If you grew up in the 90s, I'm sure you're familiar with Fruitopia. Fun fact: Fruitopia is discontinued in the US, it's only available in Canada!! (More Fruitopia for us then.) The artificial strawberry flavour served as a reminder that "this isn't something you should be putting into your body."

And here's the food that my dad ate (on a previous occasion:) 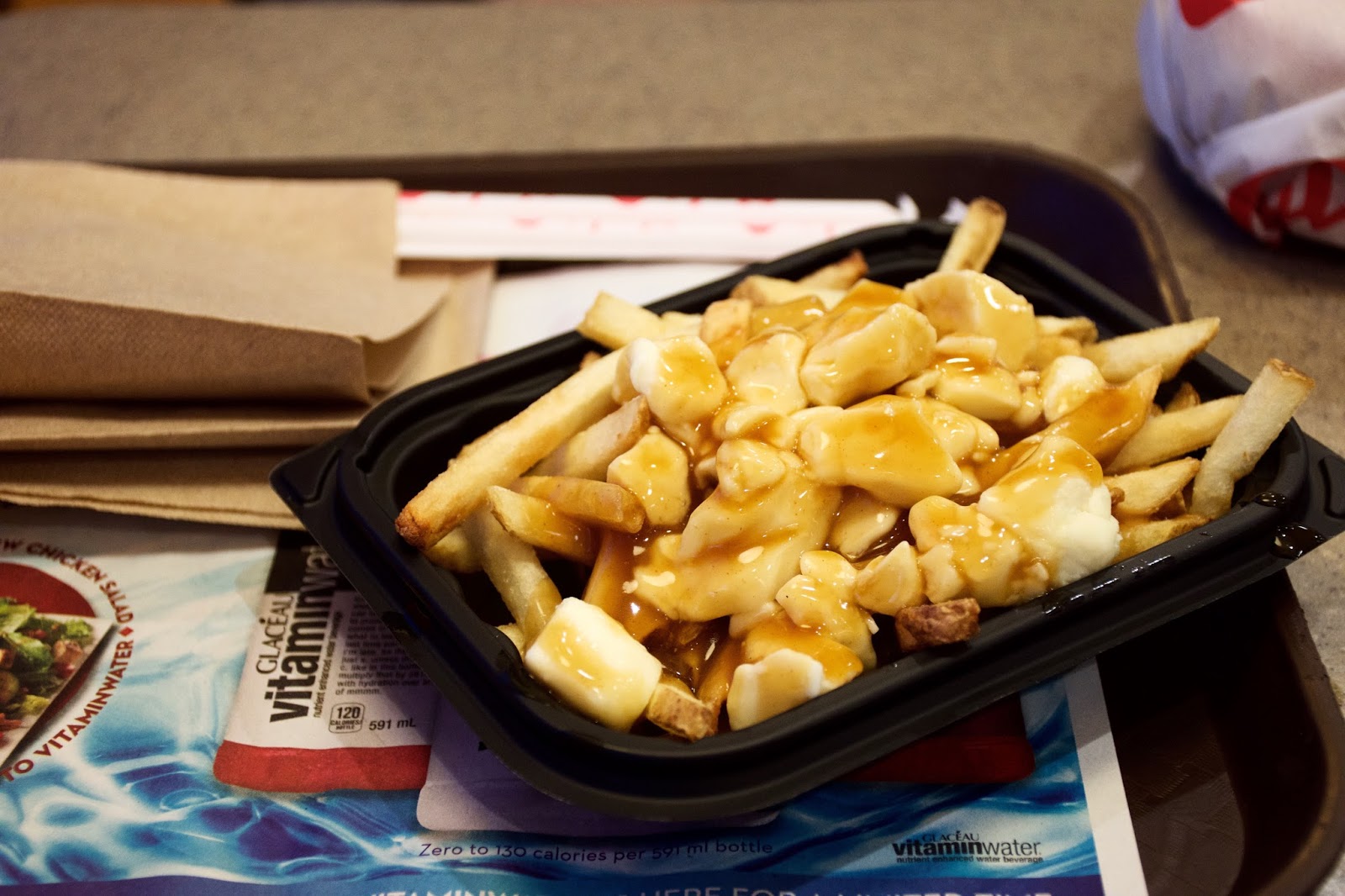 Is it me or does this poutine actually look legit? No comments from Dad other than: "pretty good." Amazingly, the fries stay relatively crispy all the way through. I was surprised by how large the cheese curds were. As far as fast food poutine goes, Costco still comes up on top! 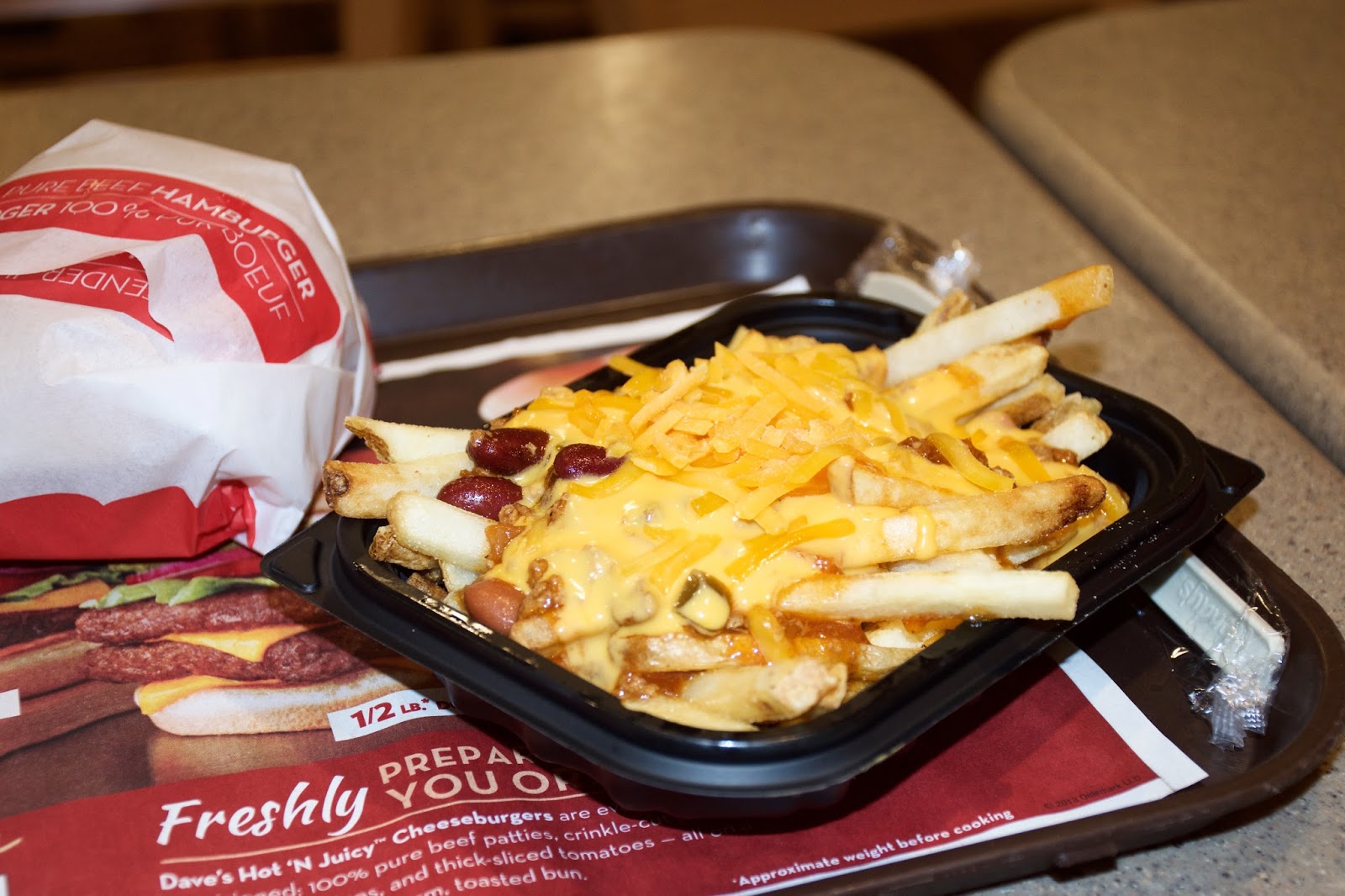 Nothing better than some fries slathered in artificial cheese...right?! The cheese was half melted, with some cheese still intact on the top. The beans didn't add much. Not bad though! 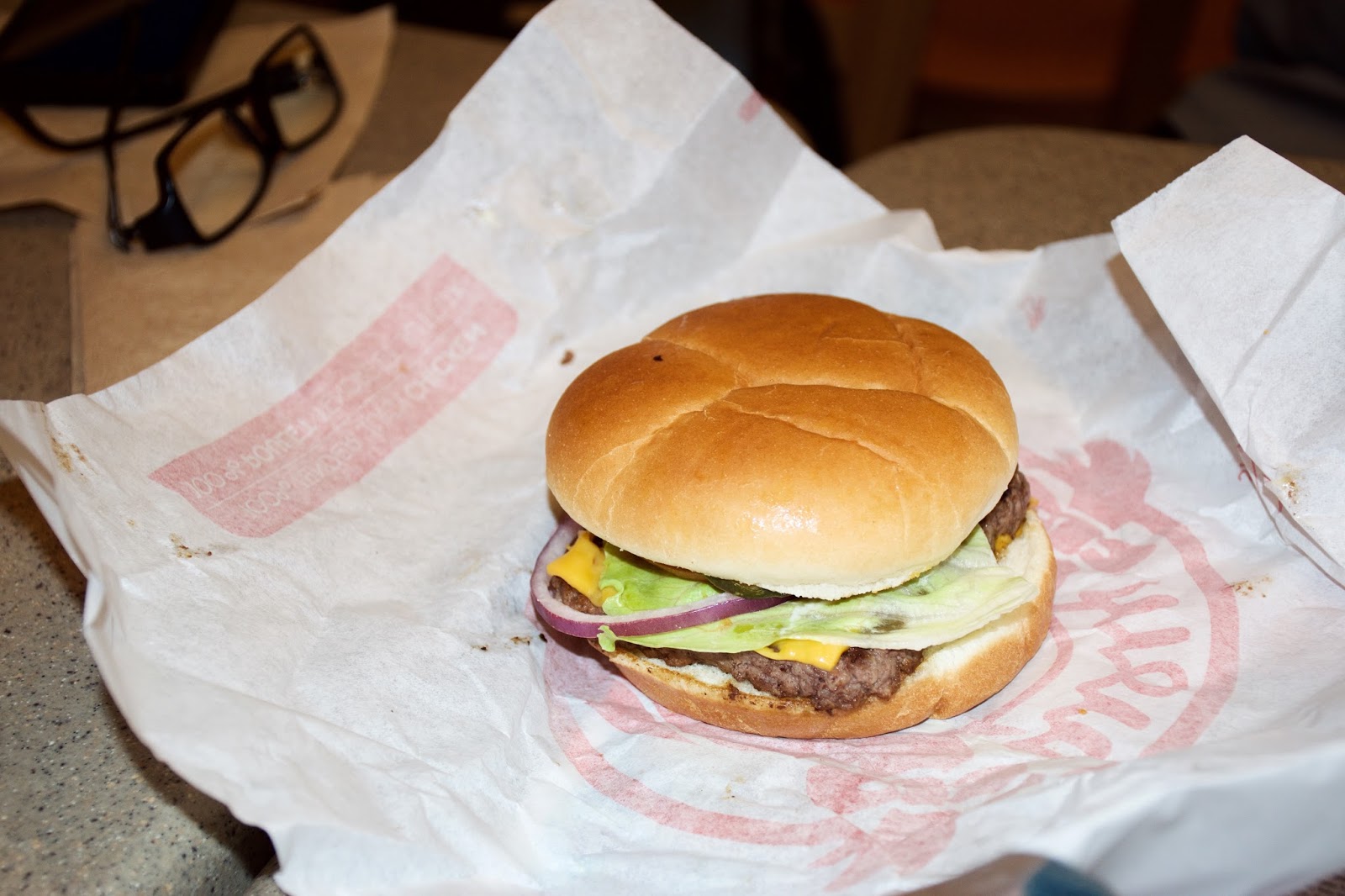 Not too shabby eh? I'm always impressed by Wendy's buns!! Wendy's puts Mcdonald's deformed buns to shame. It was on the small side (as expected) but it was the perfect amount for my dad!