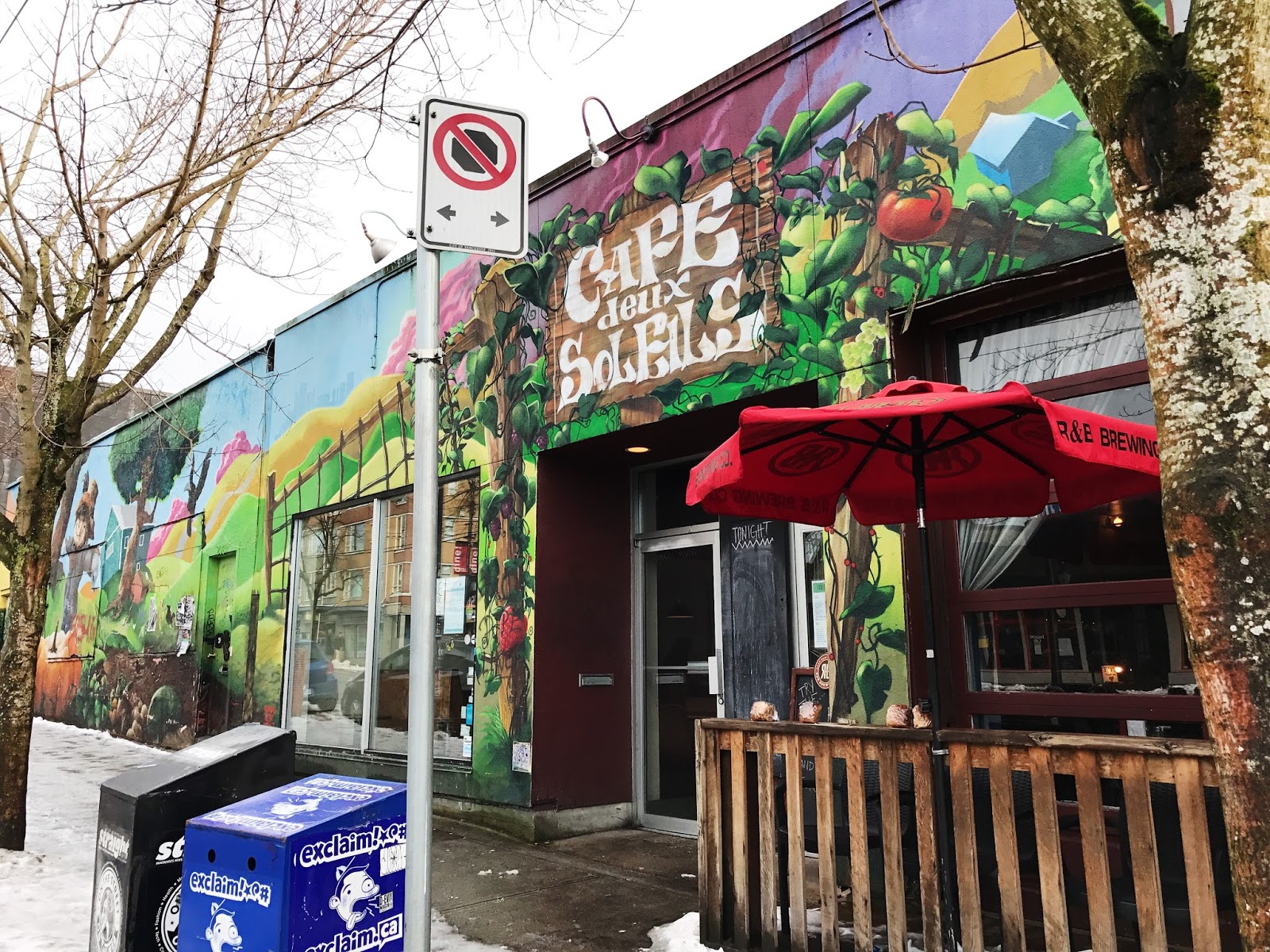 One ventures to the Drive for two reasons: 1. Weed (have you smelt Commercial-Broadway Station?) Or 2. Hippie Food (notice how I didn't say HIPSTER FOOD.)

...OK I'm making rash generalizations here. But most of you I would presume, for the former (being that it is Vancouver and all! JK...the latter is just as enticing.)

The streets of Vancouver is a hipster canteen in it of itself, whereas hippie establishments (yes the difference is stark) are still somewhat of a rarity. Hipster does not equate to hippie (although the line is often blurred.) One must venture into less-gentrified neighbourhoods in order to seek out those of a "hippie-ish" nature (Commercial Drive and Main Street come to mind.)

As you can probably already tell, Cafe Deux Soleils is one of those aforementioned hippie establishments (if the exterior isn't a tall-tale sign, I don't know what is.) My friend Julie suggested that we meet up at Cafe Deux Soleils for brunch (being that she's vegan, and I being gluten-free/dairy-free...CDS caters to both demographics!) 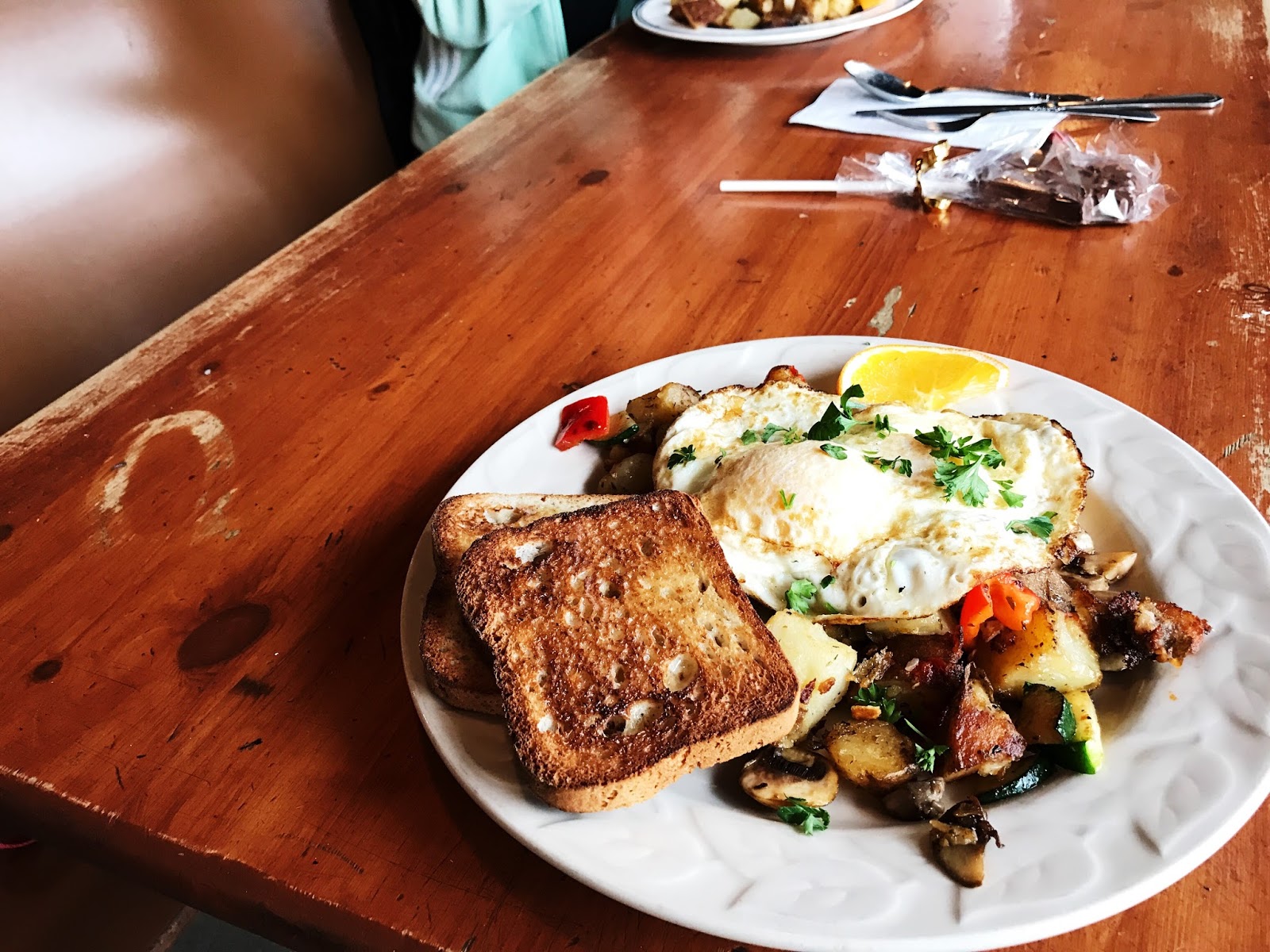 Dang, was not expecting this to taste as good as it did! Definitely restaurant worthy. This was a very substantial plate; the potatoes were beautifully crisp, and the gluten-free toast was toasted to just the right degree of palatableness. I asked for extra spicy, and I got what tasted like Sriracha chilli garlic sauce (which I totally dig. That stuff adds a TON of flavour!) 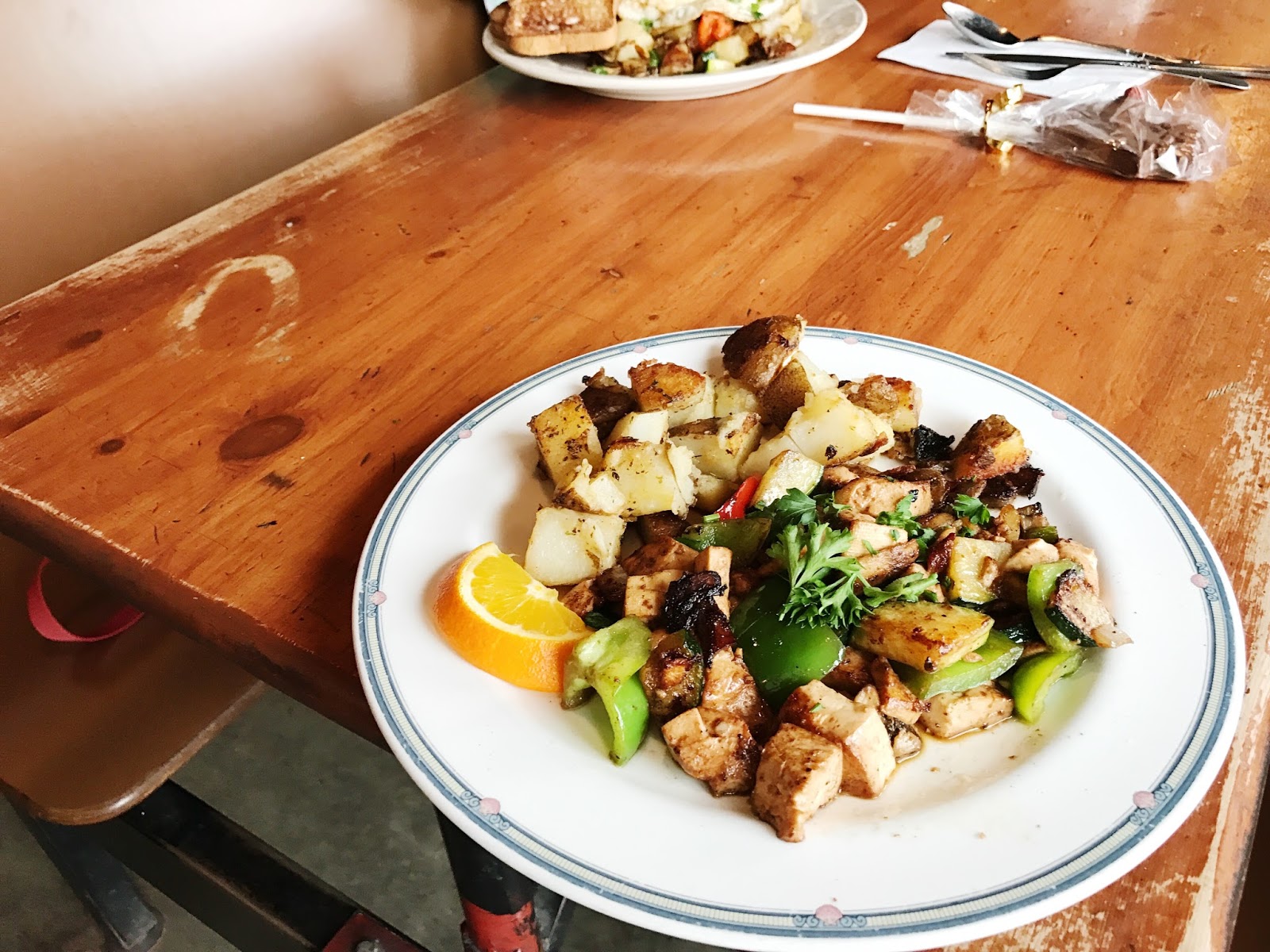 Being a strict vegan that relies heavily on soy, Julie opted for the Tofu Scramble, which she proclaimed to be a solid 4.8/5 stars (yes she is that precise.) Similar to my veggie hash, the potatoes were well seasoned with the tofu being firm. 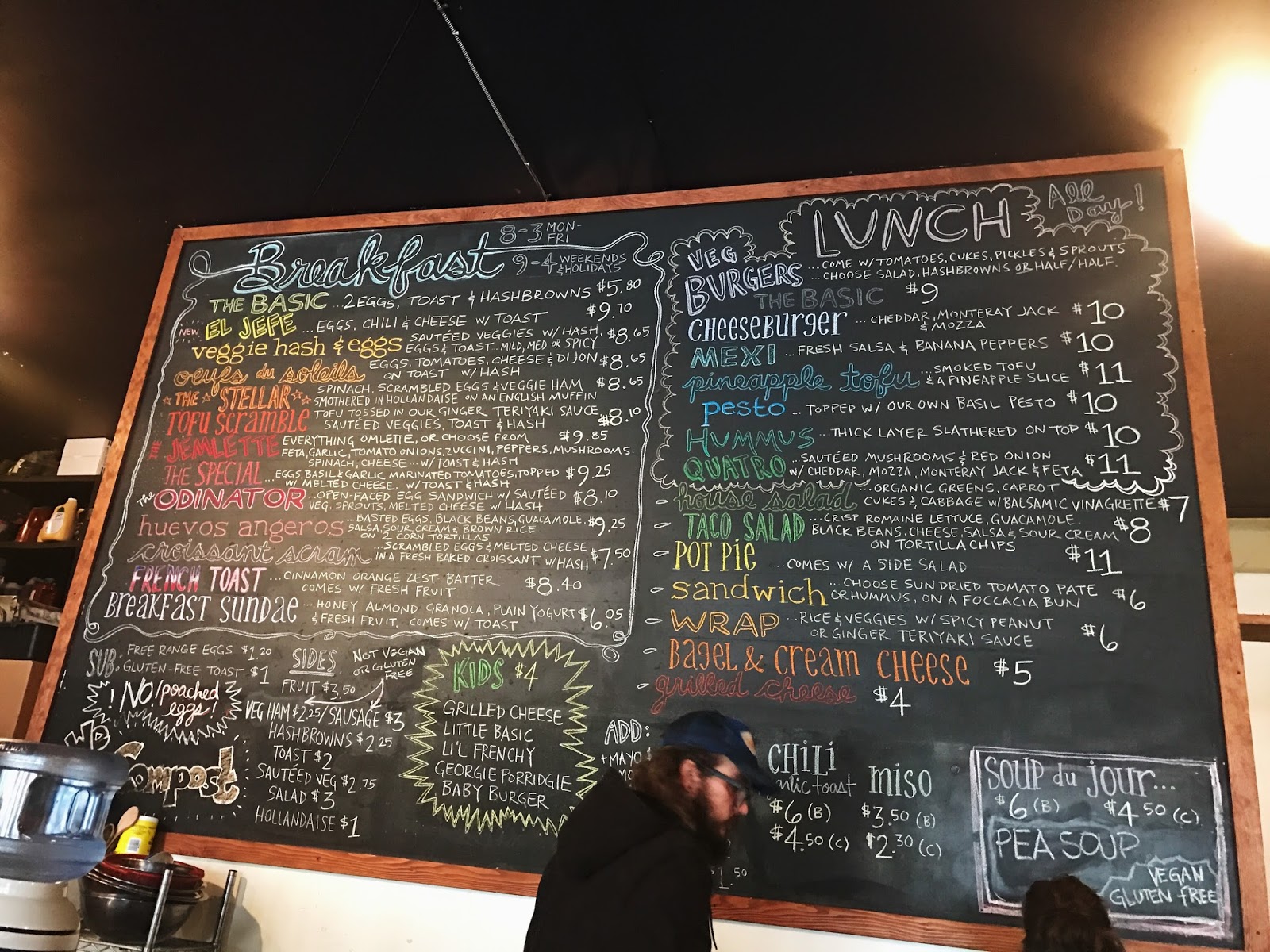 ALL DAY LUNCH!! If you're in need of a veggie burger at 8 in the morning. 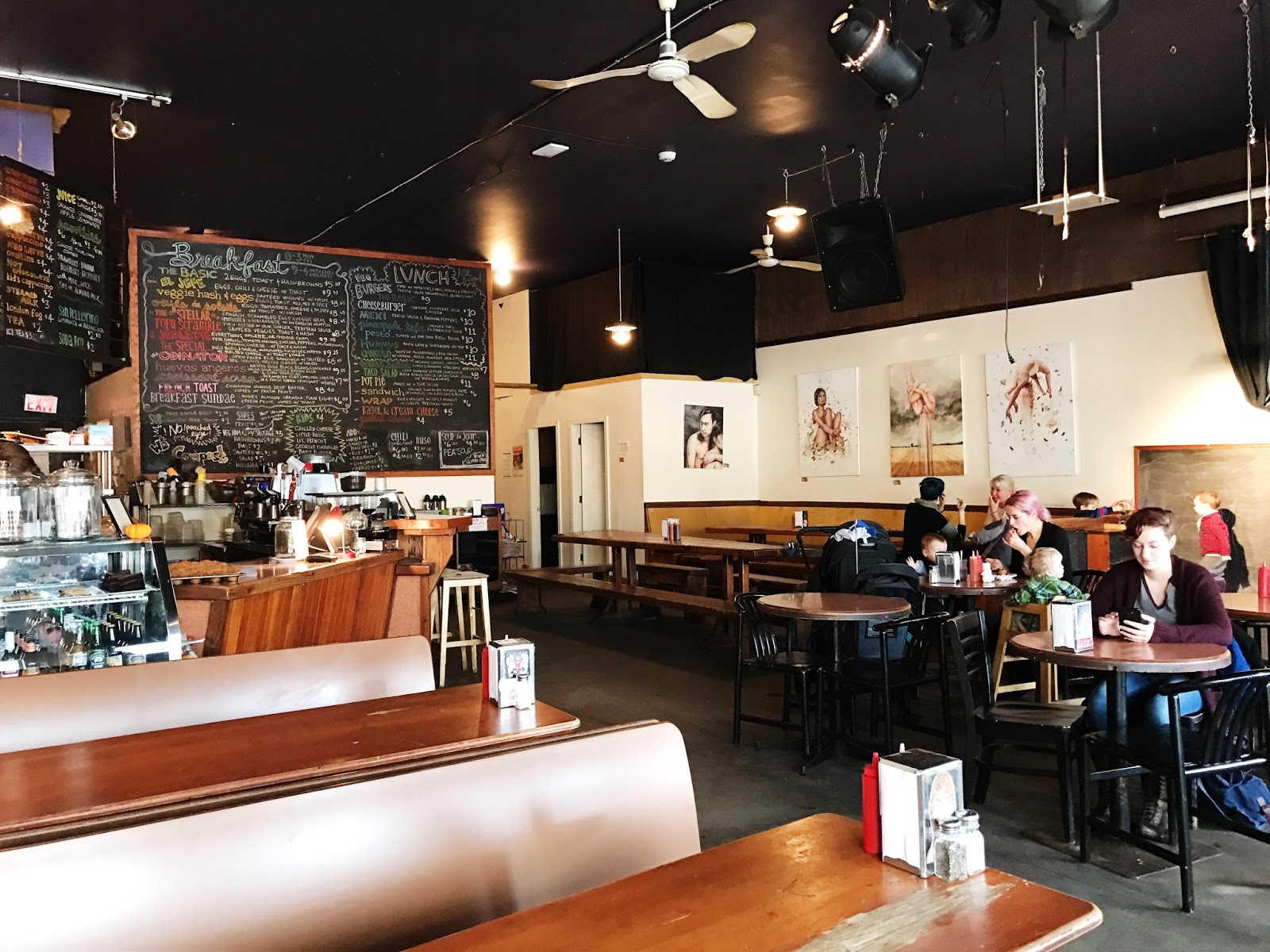 Good vibes all around.