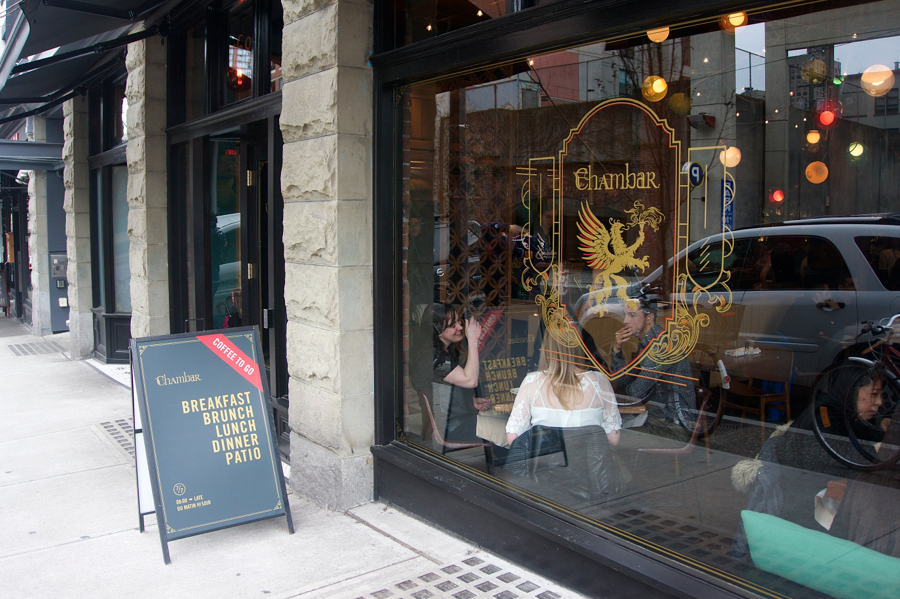 How does one properly ring in NYE? With a day of incessant activities, that's how! Starting with a (not so early) brunch at the ever popular Chambar (which was promptly washed down with a bar of Whistler dark chocolate.) This was aptly followed by a double dose of donuts at Cartems (we gluttonous alright.) And just when you thought we've had enough to eat, Cartems was trailed by a boozy pizza/wings/cookie pre-party. And to end the night, a massive multi-room NYE party at the Fairmount Hotel Vancouver (which resulted in me getting disastrously drunk.)

Yea, that was my NYE for ya. Quite a memorable one, to say the least.

The next day, I had recovered in full (no hangover to speak of) so further brunch plans were in order. So off we went, to Yew Seafood + Bar at the Four Seasons Hotel!! (But that's another blog post.)

Oh, at the bottom of this post there's some pictures of us getting ready and at the Fairmount (I'll let the pictures speak for themselves.) 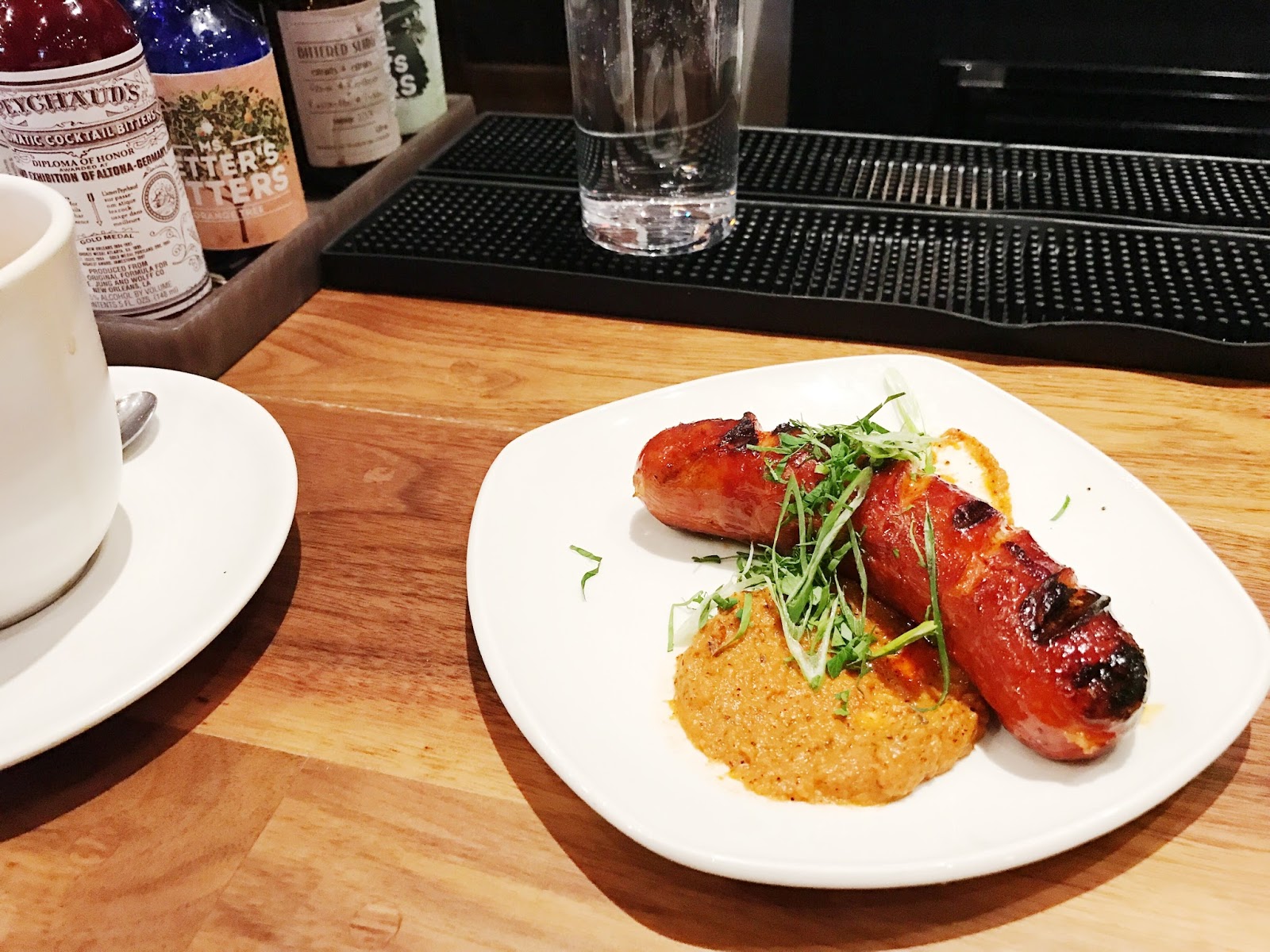 Kind of expensive for what it was...one lone piece of sausage! Was it worth it? Yes and no. The quality was there, and the sausage was indisputably juicy, but it lacked punch. 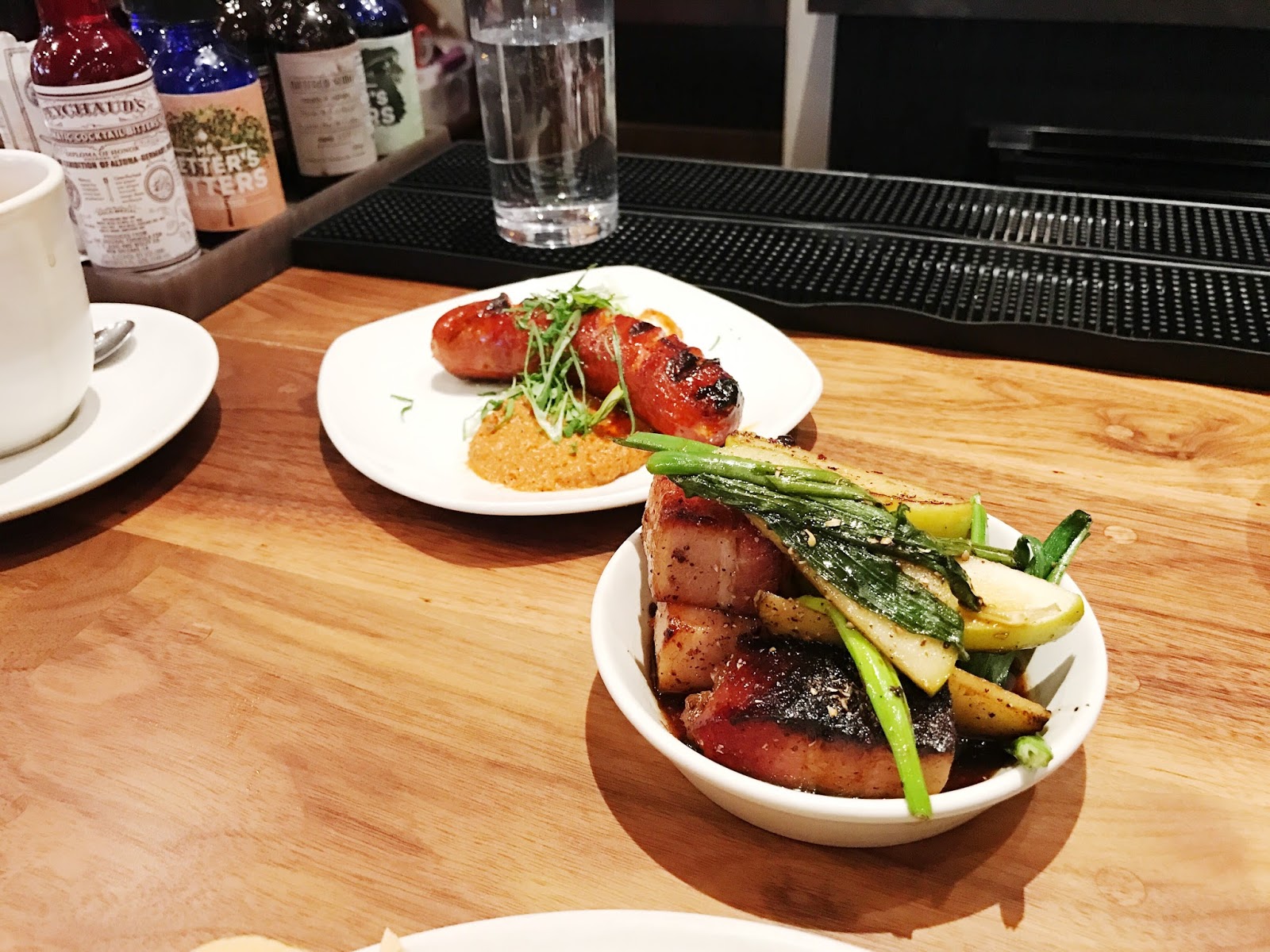 Bacon? MORE LIKE FULL FLEDGED SLABS OF PORK BELLY!! Not that I'm complaining. I'M ALL ABOUT DAT FAT YOO. The pork belly (err, bacon) was rendered "qq" (Taiwanse slang for chewiness with bite) which heightened the mouthfeel. The sweetness of the maple glaze toyed with the savouriness of the bacon, which was further augmented by the sweet slices of granny smith. 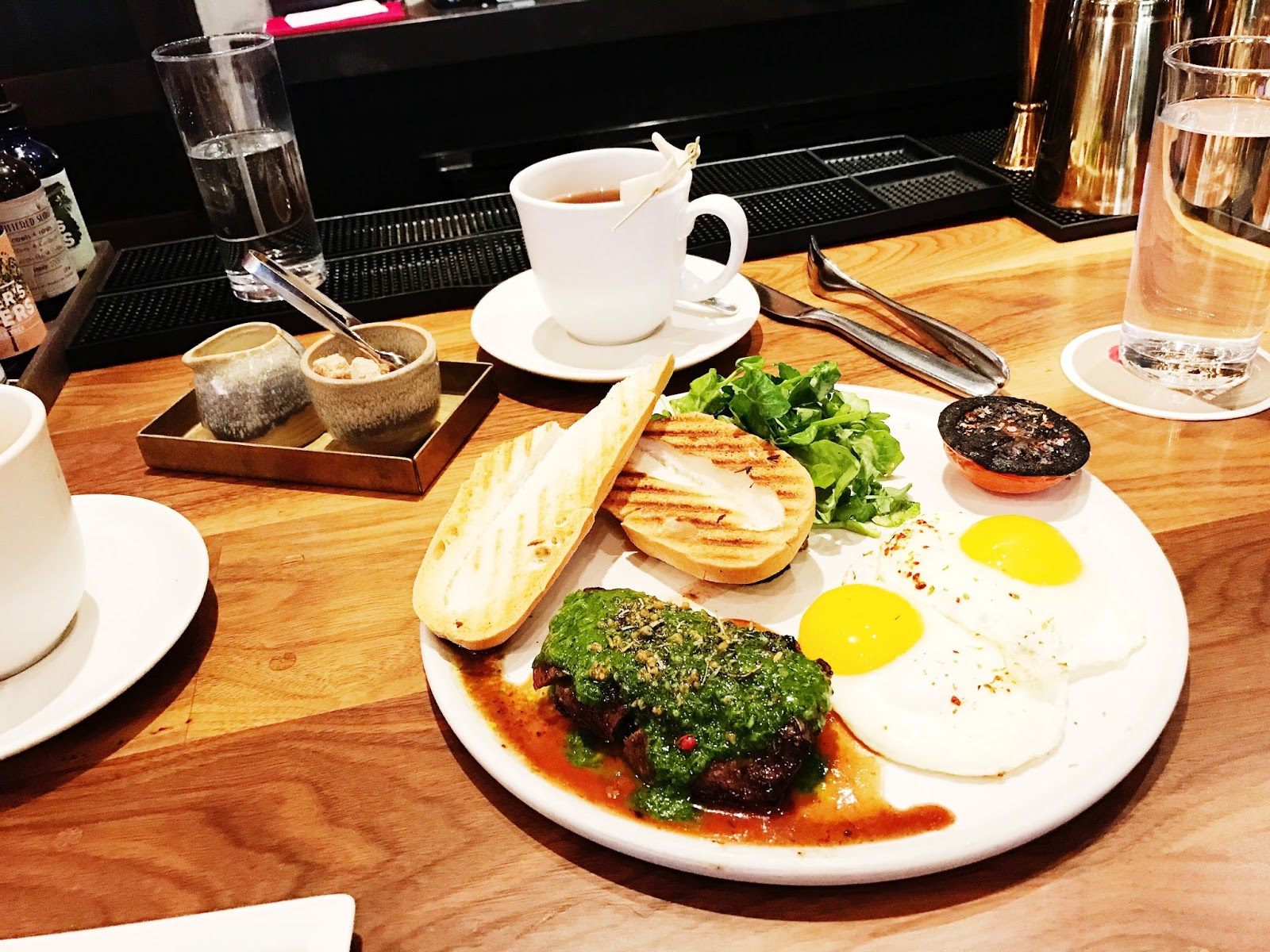 The chimchurri was the main attraction, with the steak being decidingly average (as far as brunch steaks go.) Served medium-rare (as requested) but not as tender as I would've liked. The GF toast on the other hand, was magnificent! One could not tell that it was wheat-free, Jeremy sampled some and he was just as impressed. 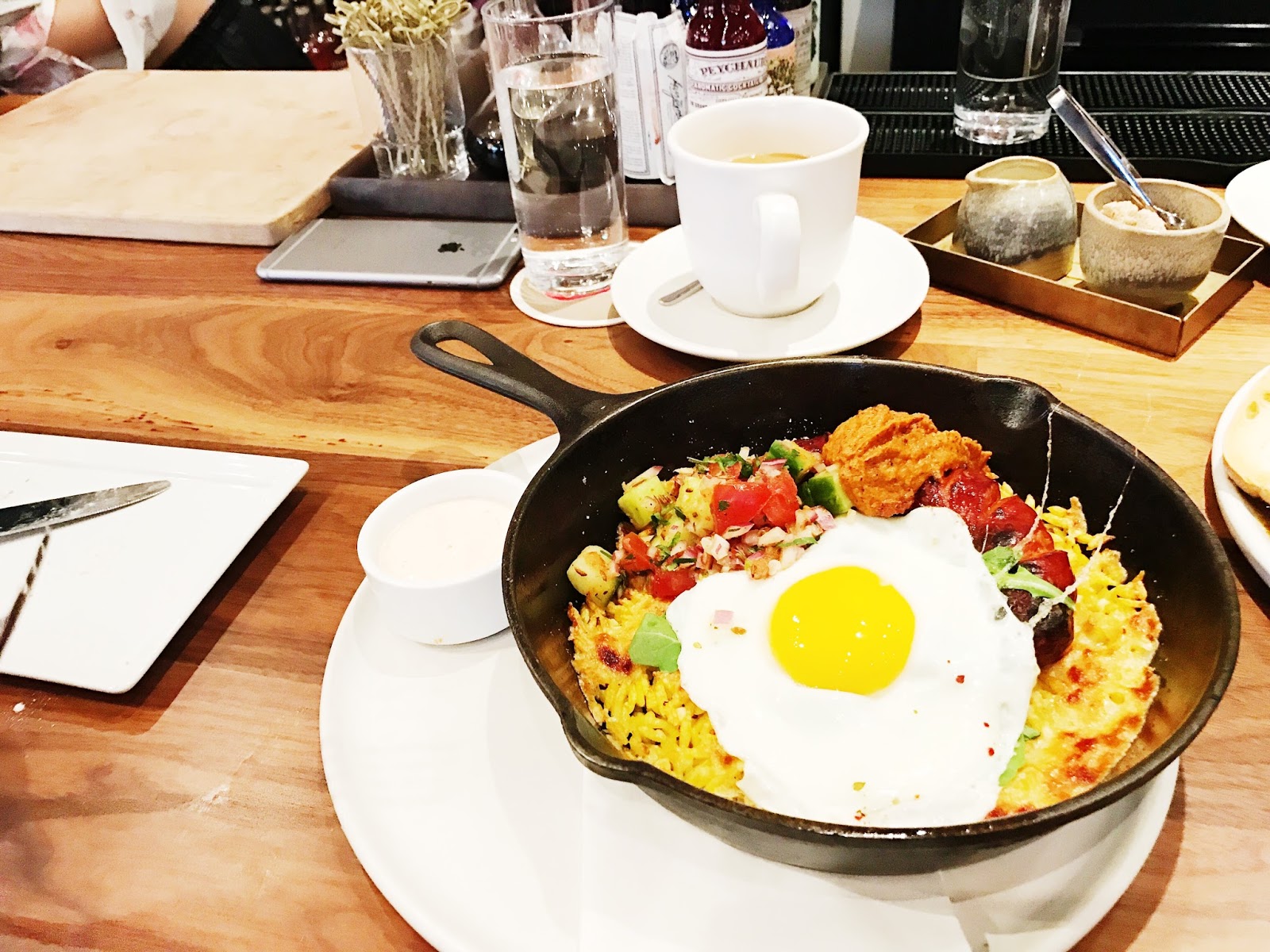 Looking back at my review from 2015 (in which I ordered the same thing) it looks like they modified the dish somewhat, they no longer pile the paella with arugula (although there was a leaf or two in there) or avo! Nonetheless, the flavours melded together. However, the $19 price tag was questionable in that it wasn't as good as we were expecting. The general consensus was that the paella at Medina trumps Chambar's (present day) version. 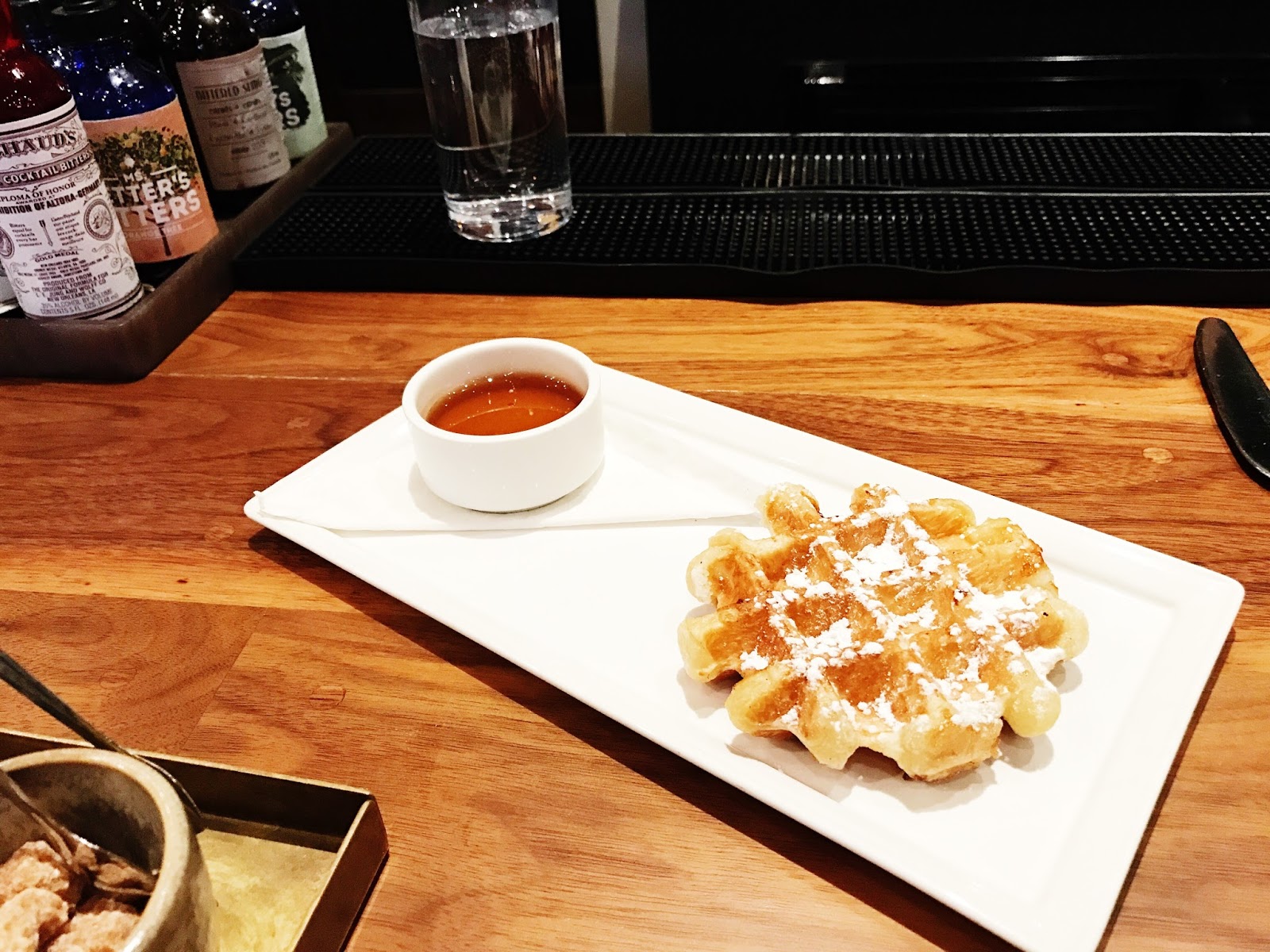 One cannot brunch at Chambar (or Medina for that matter) without trying one of their famed waffles! Having downed many a Medina waffle, Jeremy opted for the one with maple syrup. Fluffy with a crispy exterior to boot, their waffles are a must order! 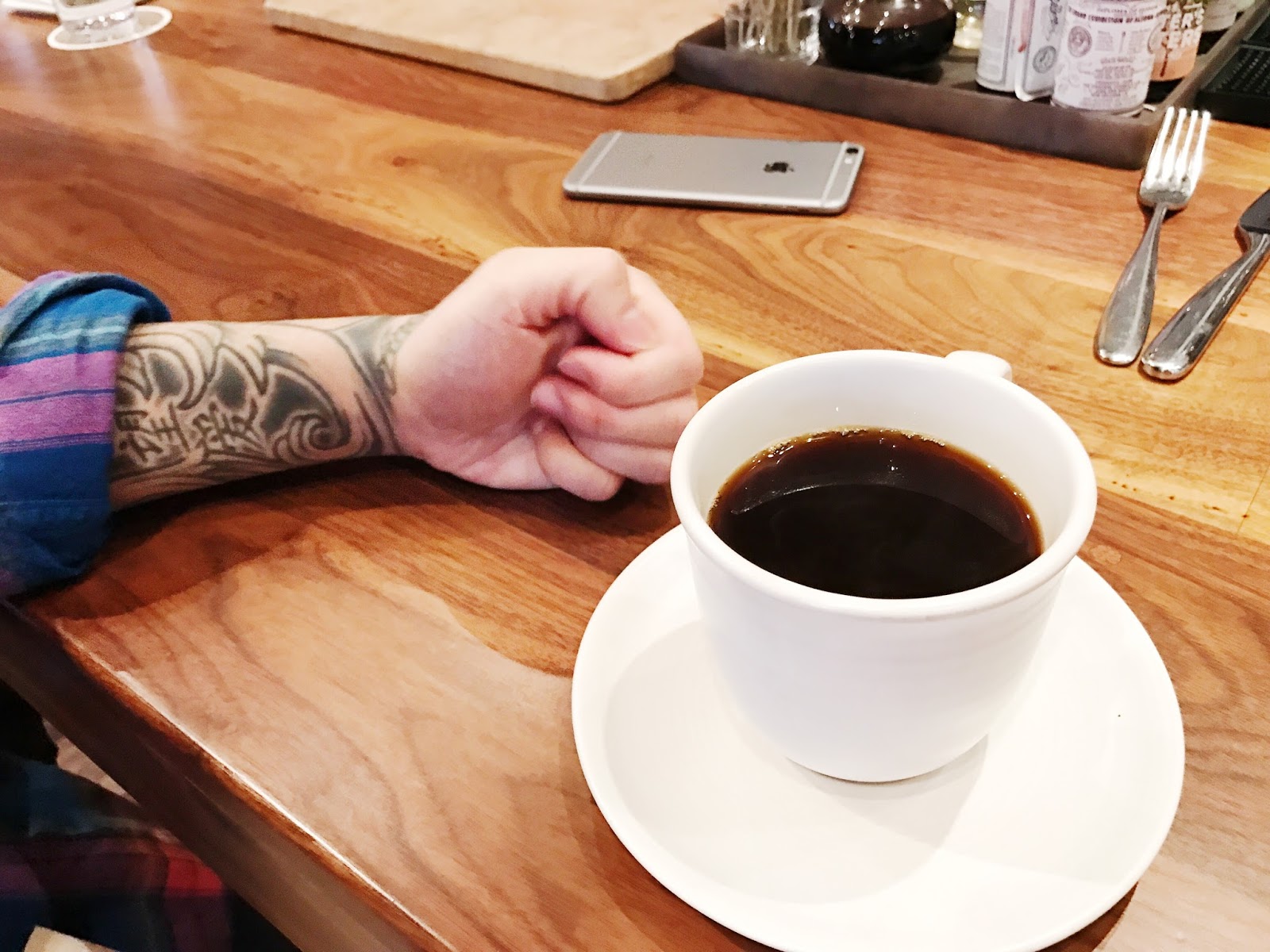 Jeremy's first coffee of the day! (More to come in the latter hours of the day.) 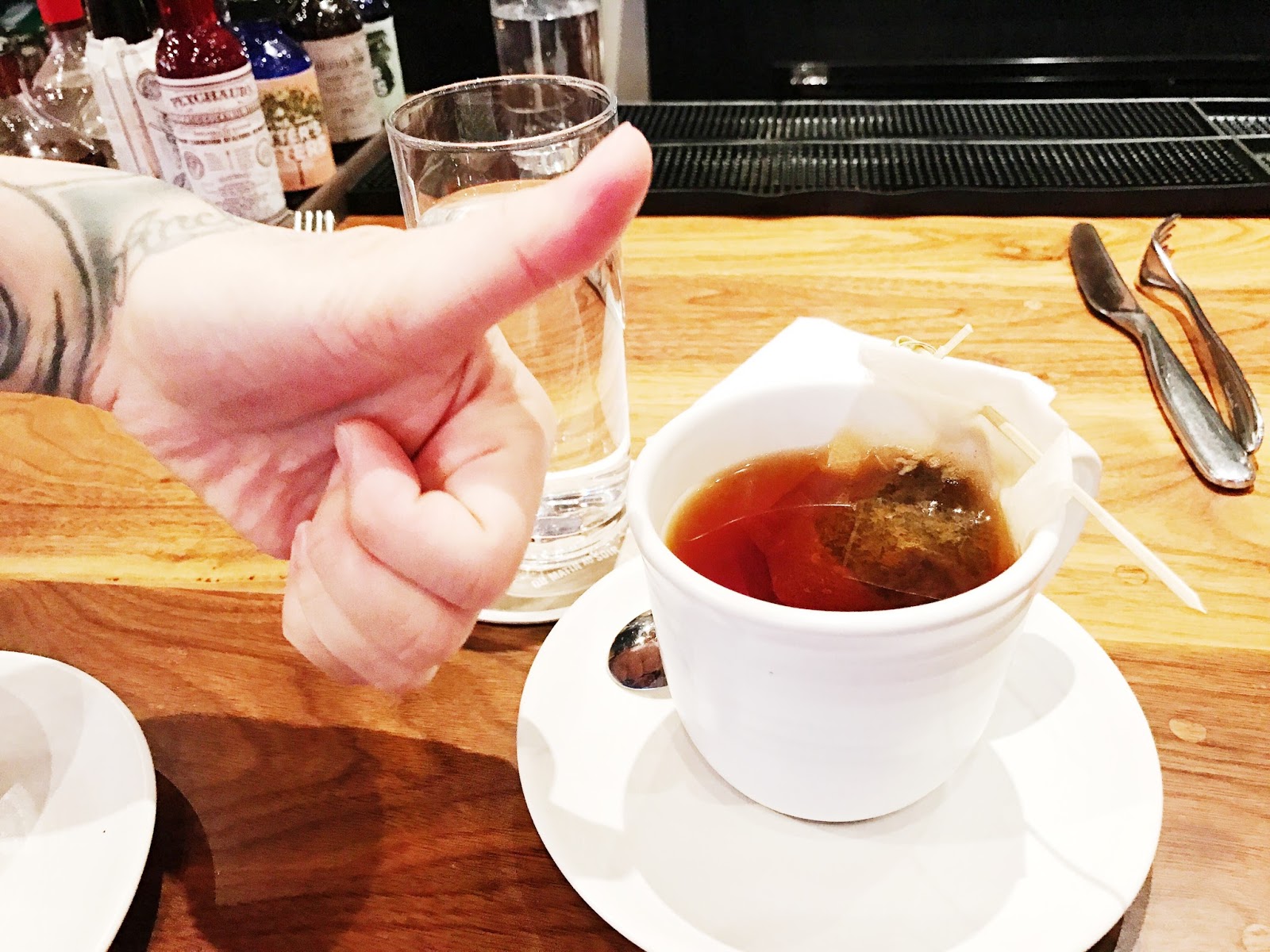 A much needed cup of tea for meee (orange pekoe!) 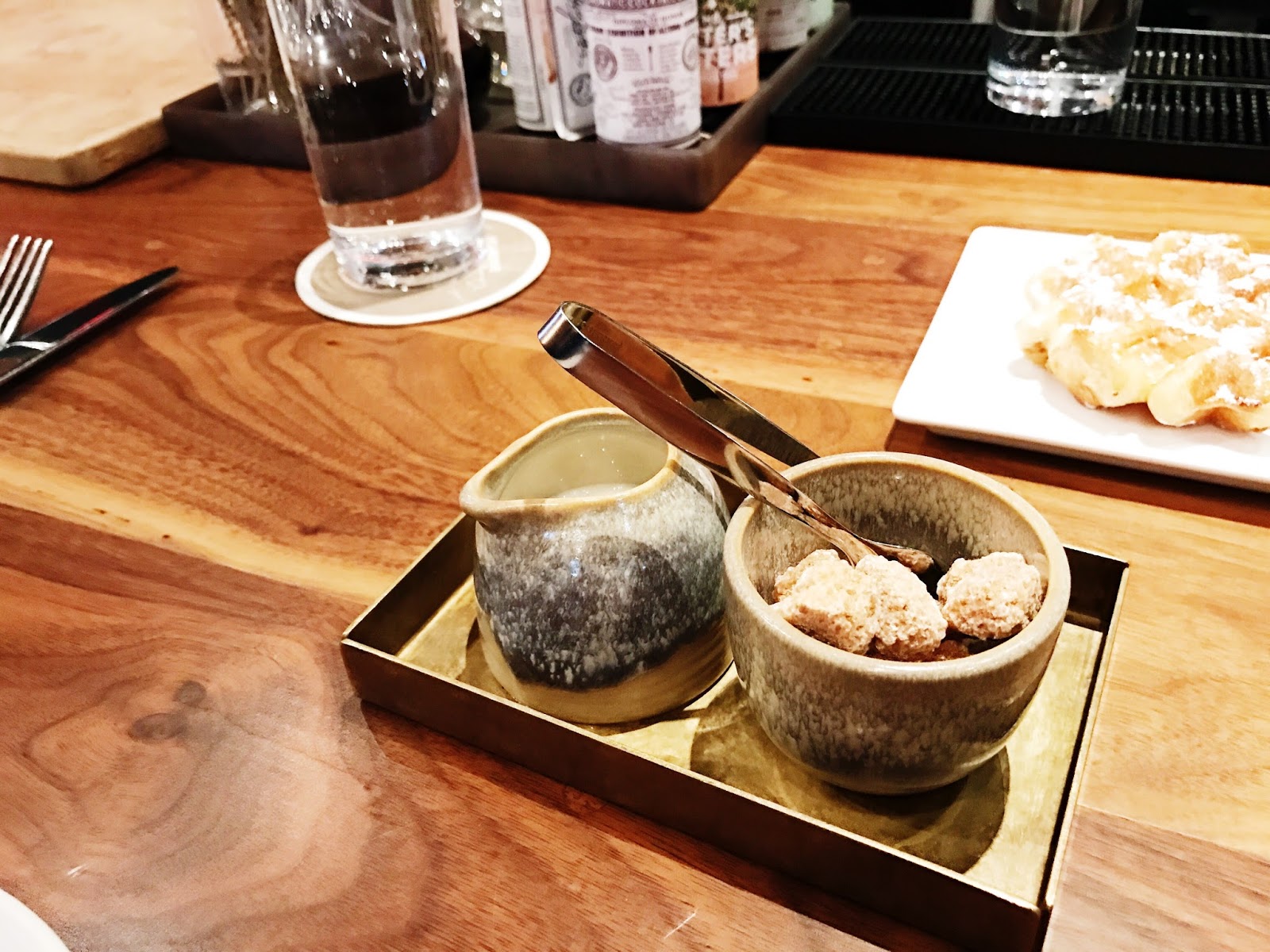 Quite a nice way to serve sugar, I must say. 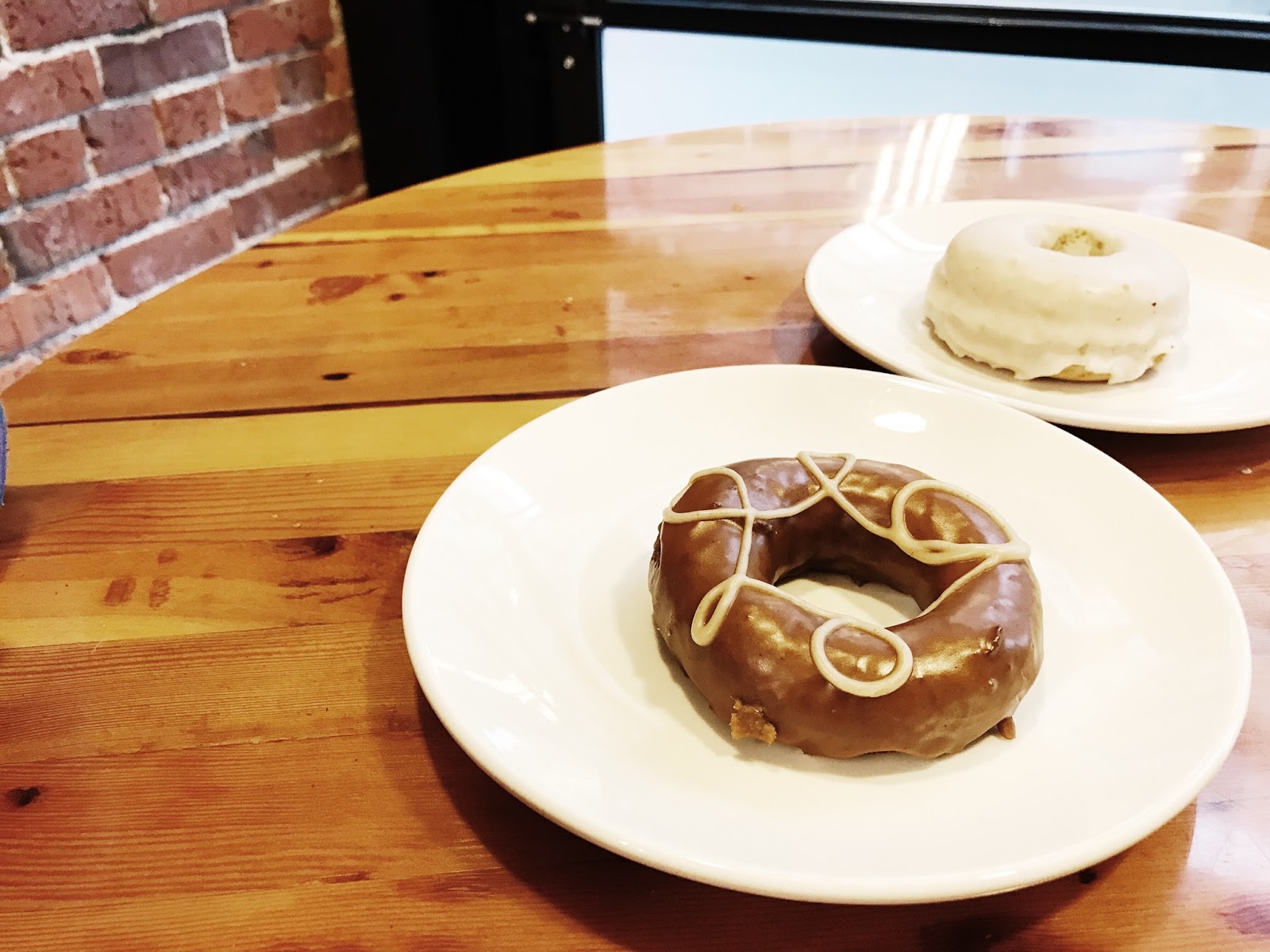 Zoning in on dem seasonal flavours while they last! This over a gingerbread cookie ANY DAY! Moist and pimped with essences of gingerbread, this was evocative of Christmas alright. 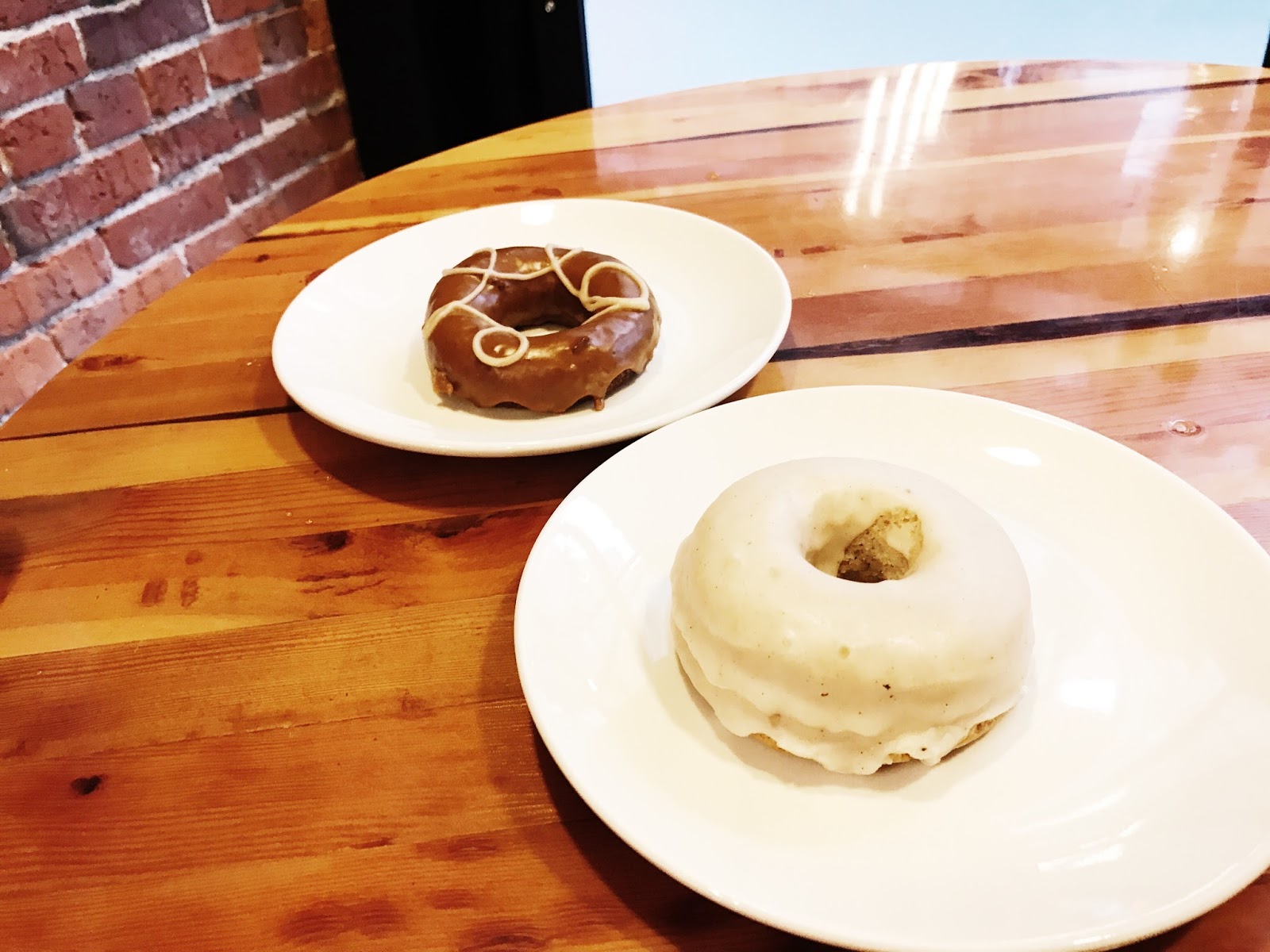 This has been my to-go donut for the month of December (I think I've had it 4 times already.) So good it warrants a repeat. 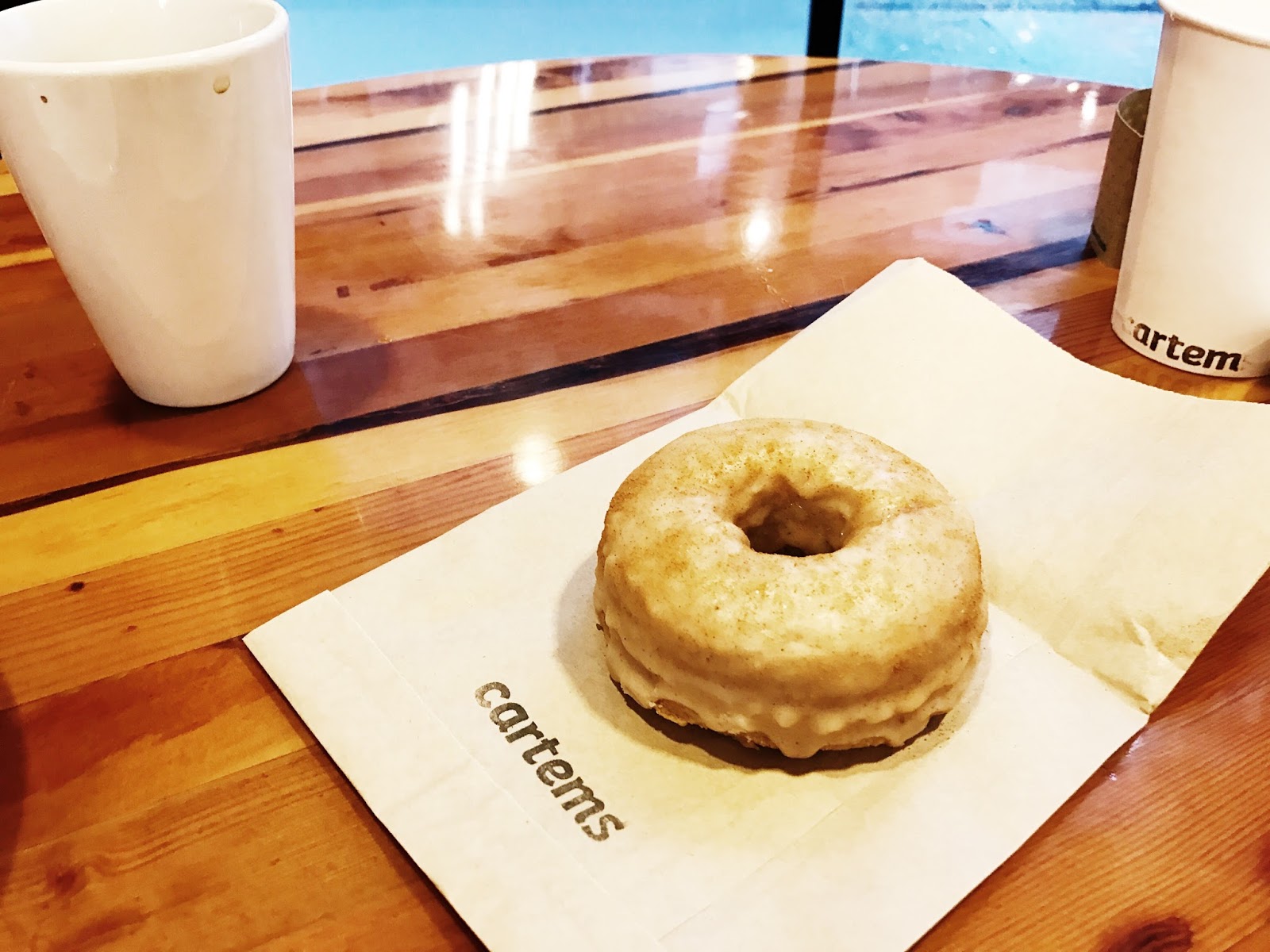 Second donut of the dayyy (cause I cray like dat.) Actually, I eat 2 donuts every week (3 even, depending on how ravenous I am.) This was my second time having the eggnog flavour, I tried this at their Broadway location not too long ago and I liked this one better (there's definitely a discrepancy in quality between locations.) 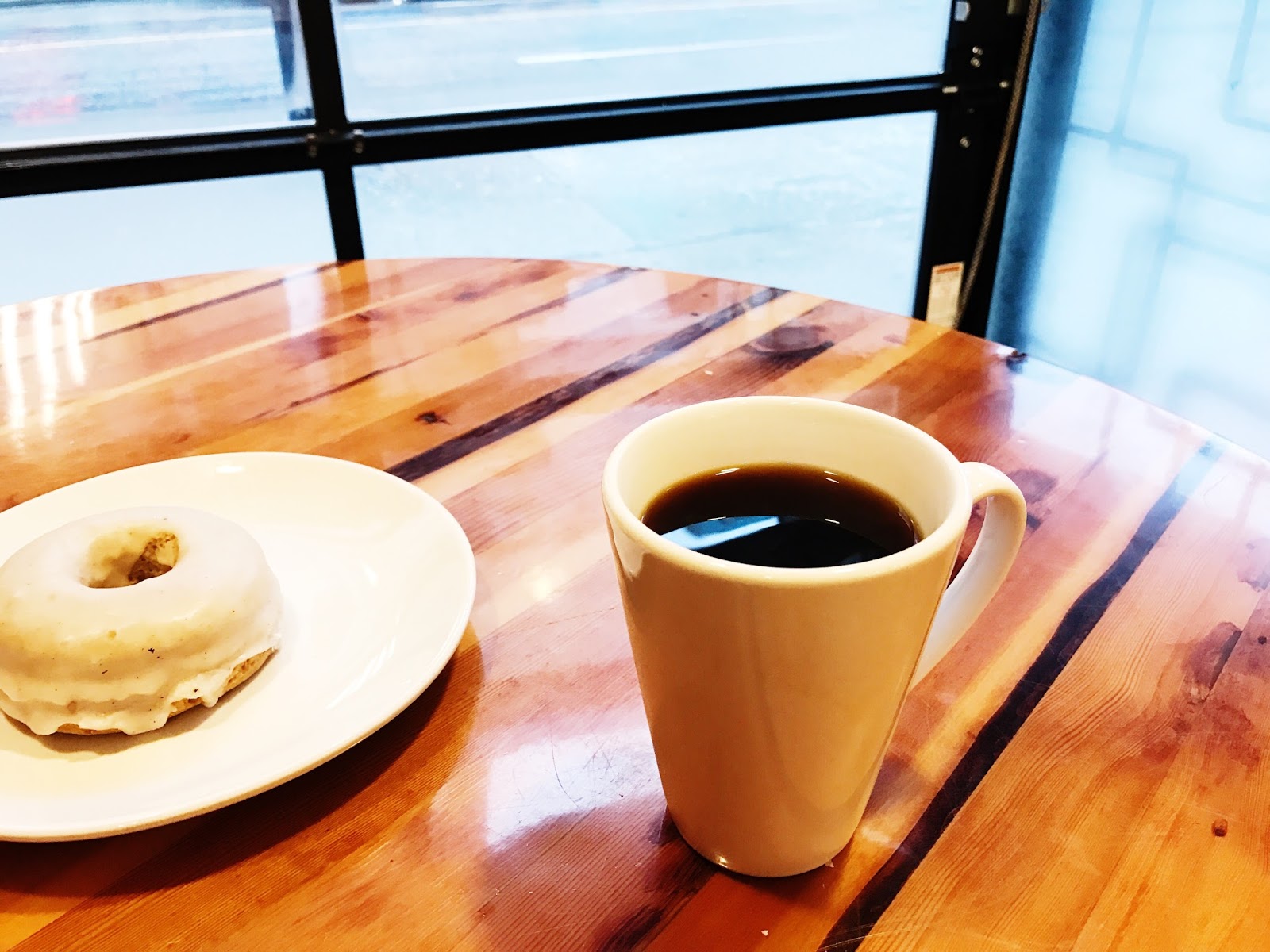 THIS BOY HERE CAN'T FUNCTION WITHOUT HIS CAFFEINE! 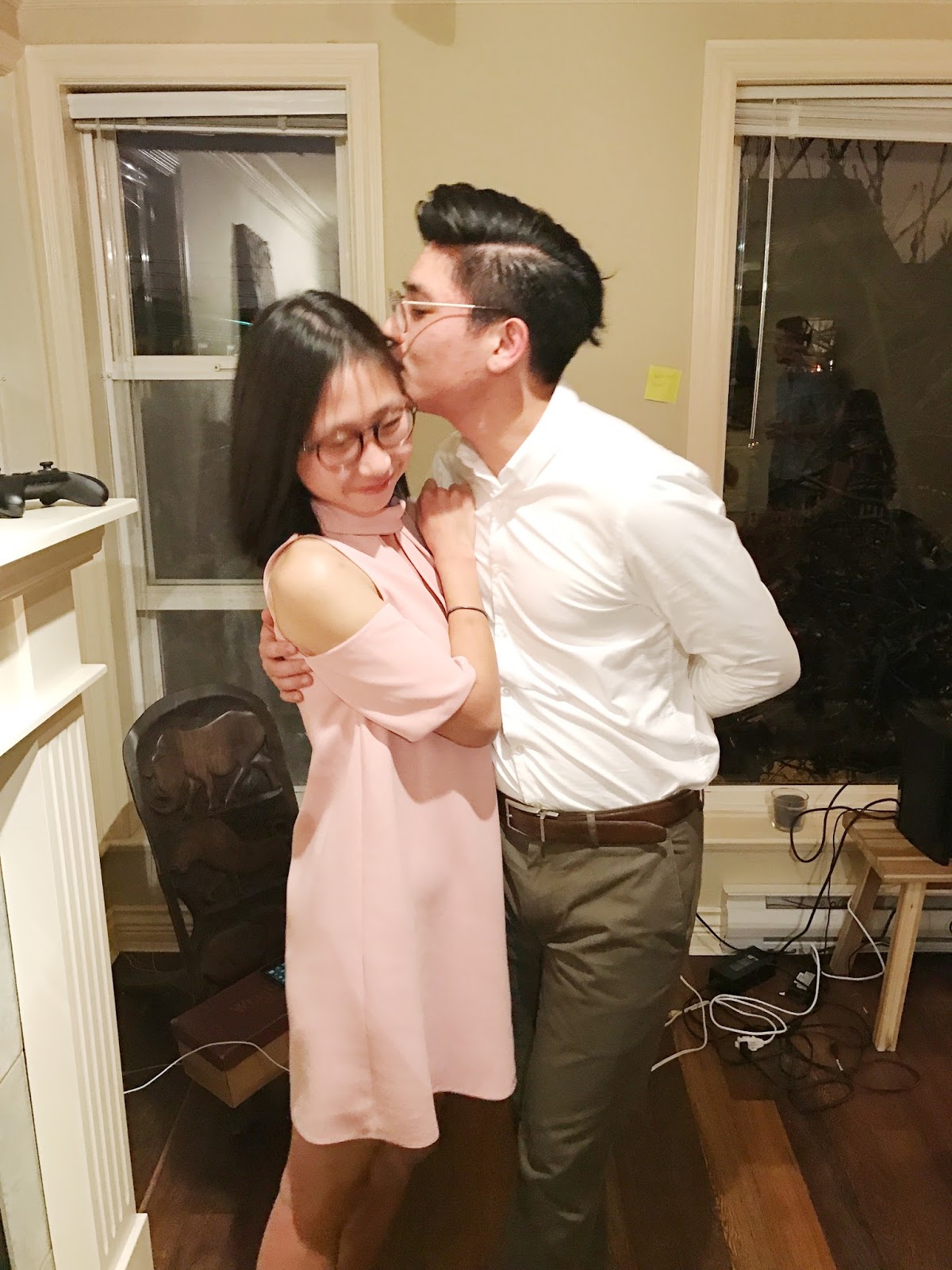 FIRST DRESS OF THE NIGHT! 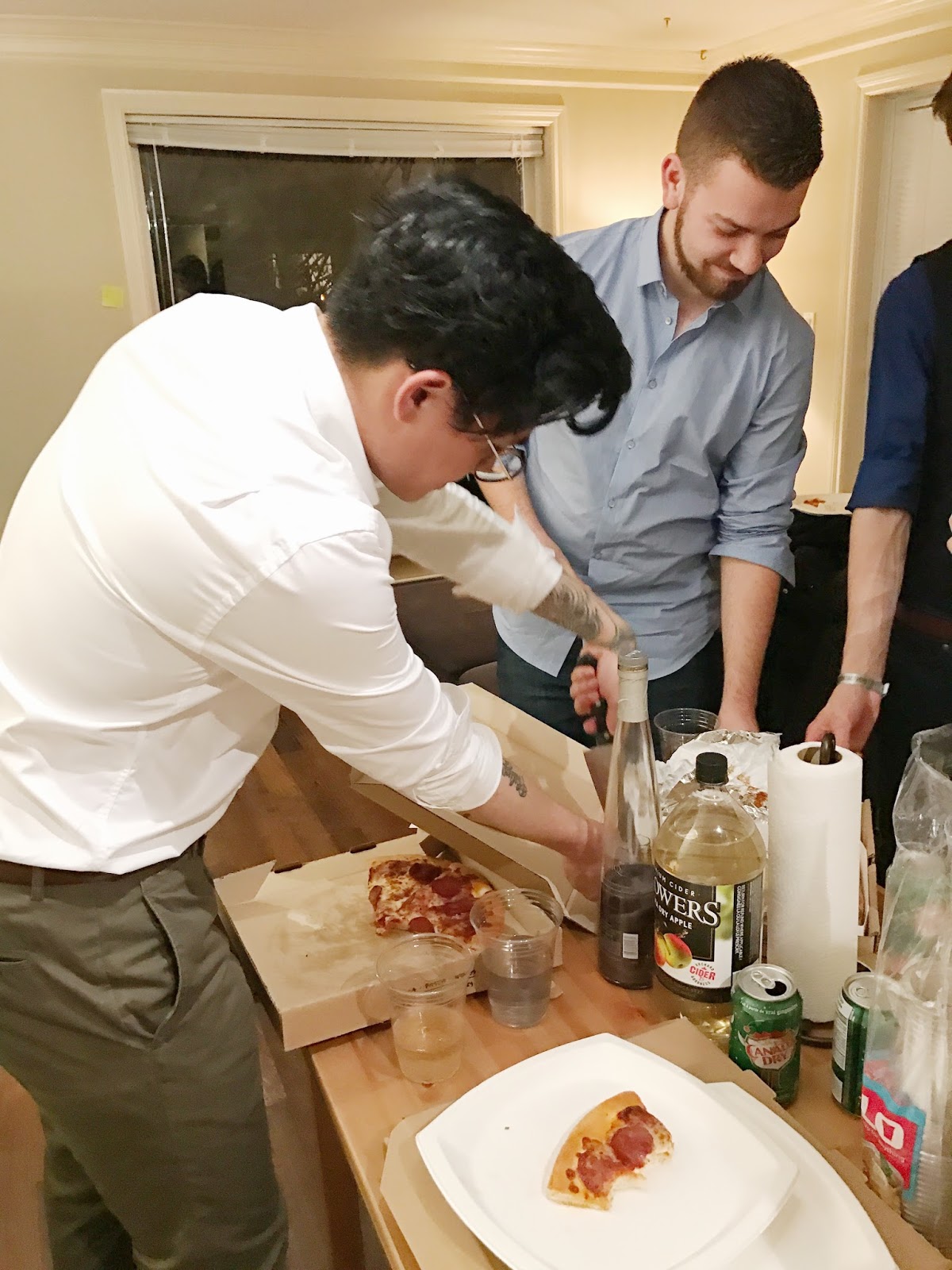 THE PARTY BEFORE THE PARTY. 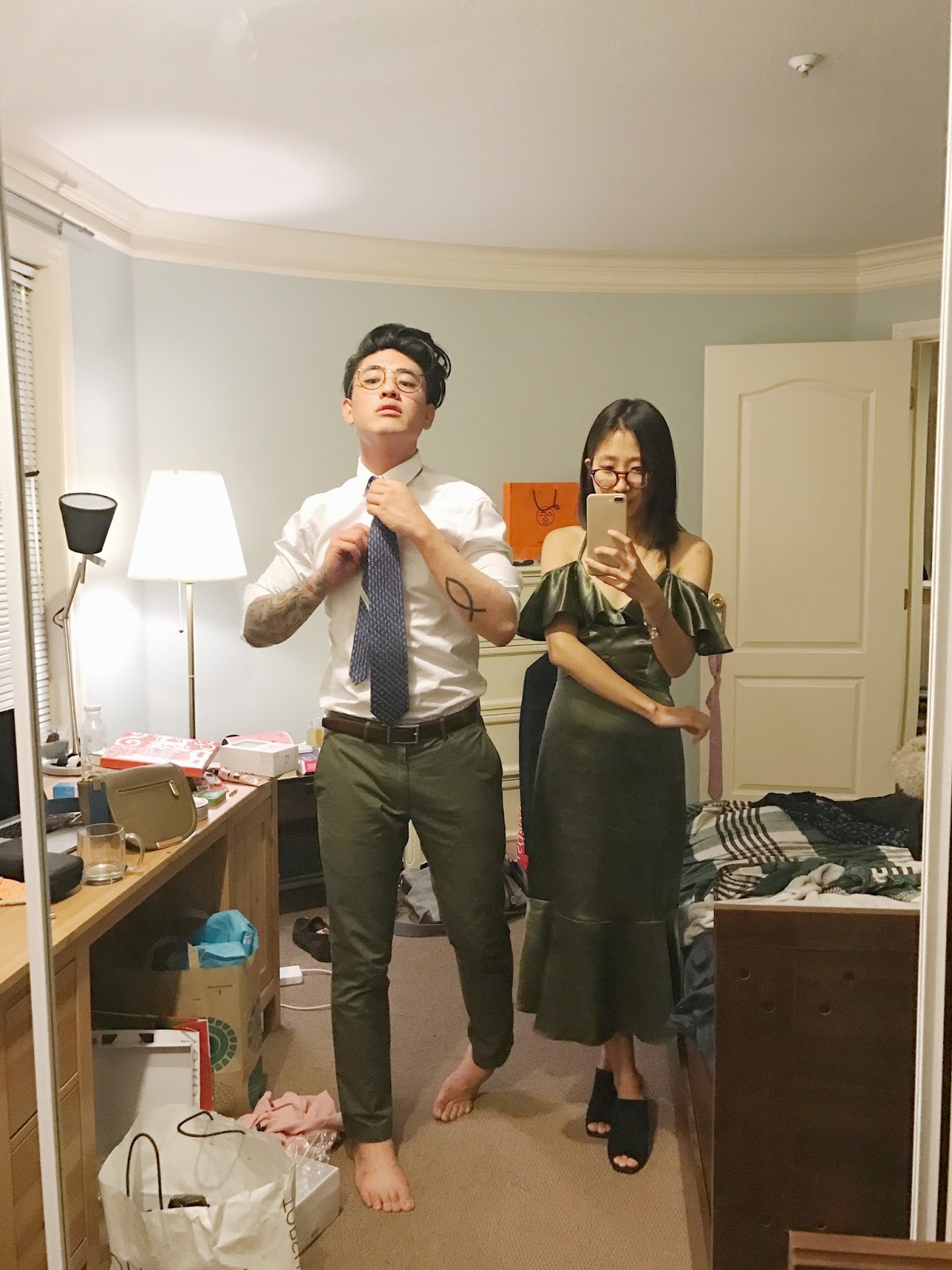 IT JUST SO HAPPENED THAT OUR OUTFITS WERE COLOUR-COORDINATED (I SWEAR IT WAS COMPLETELY UNINTENTIONAL.) 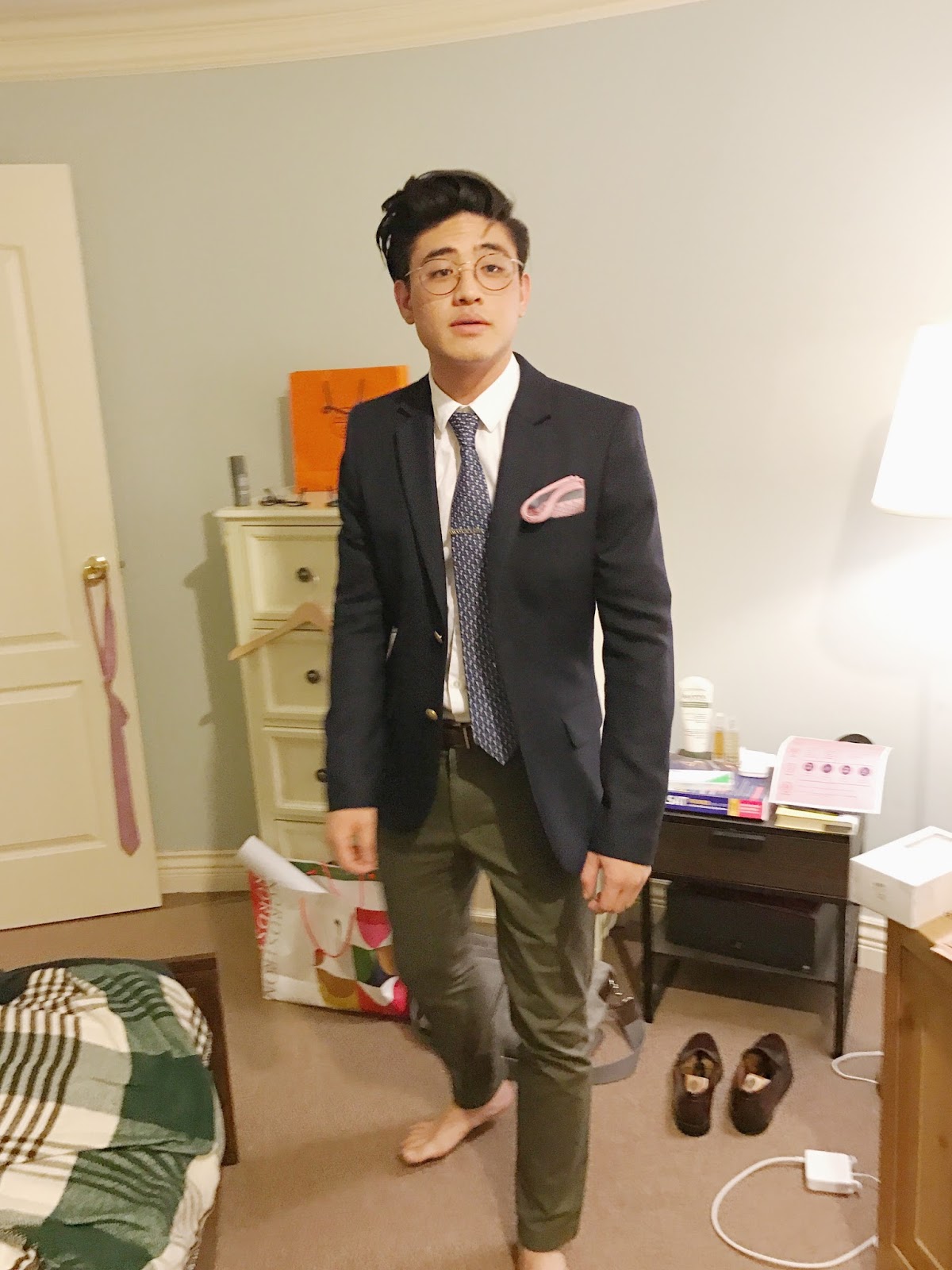 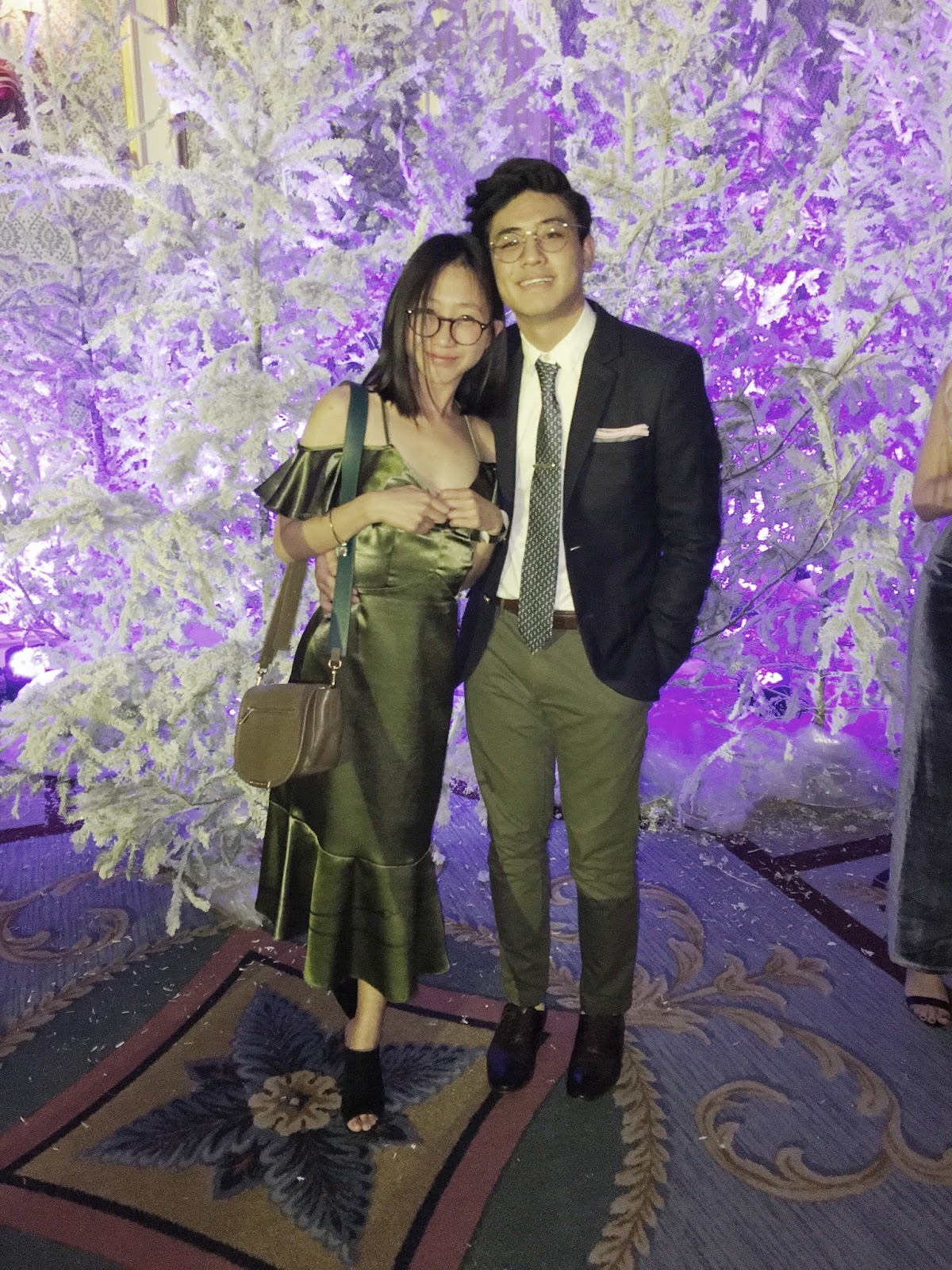 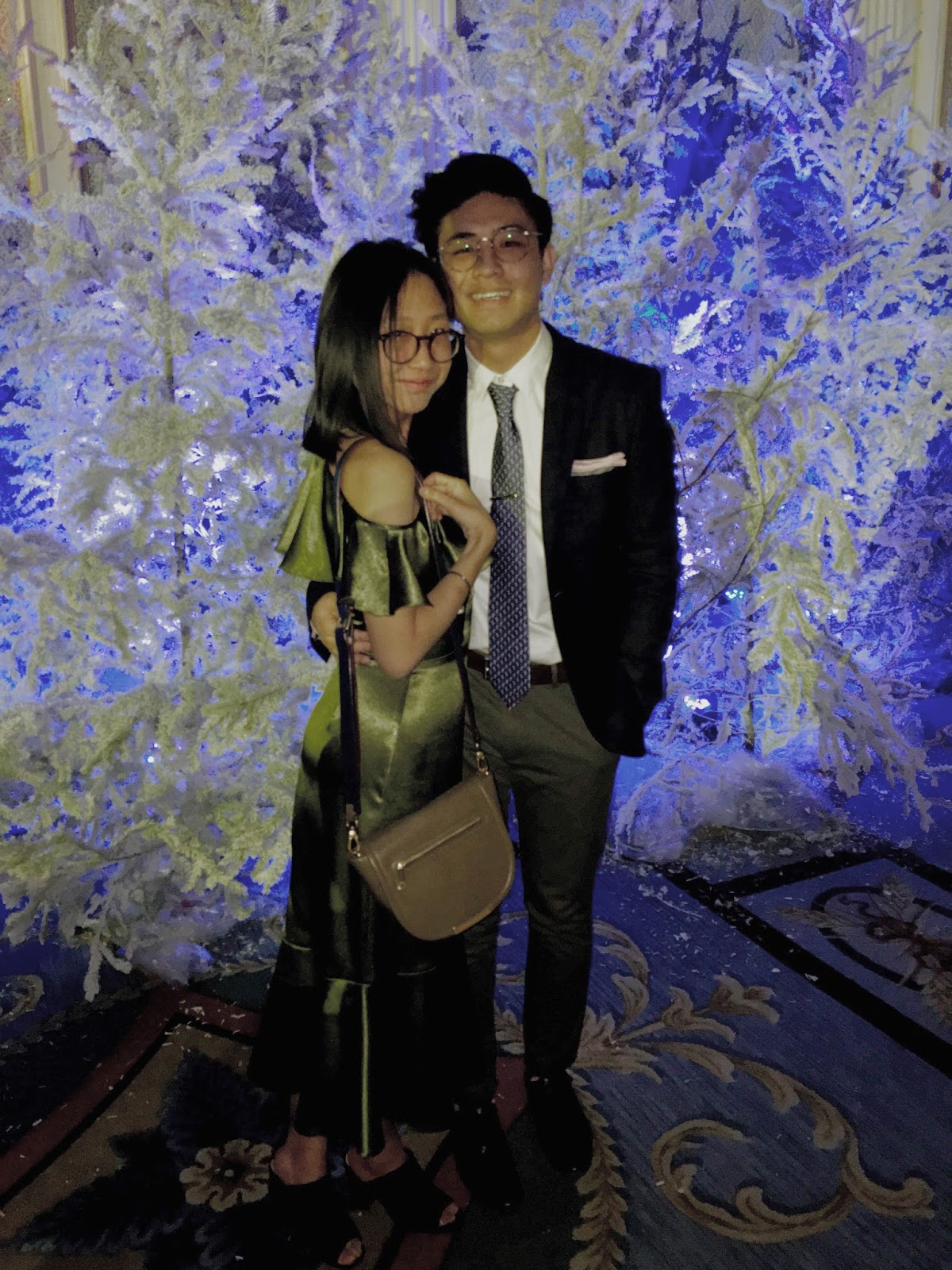 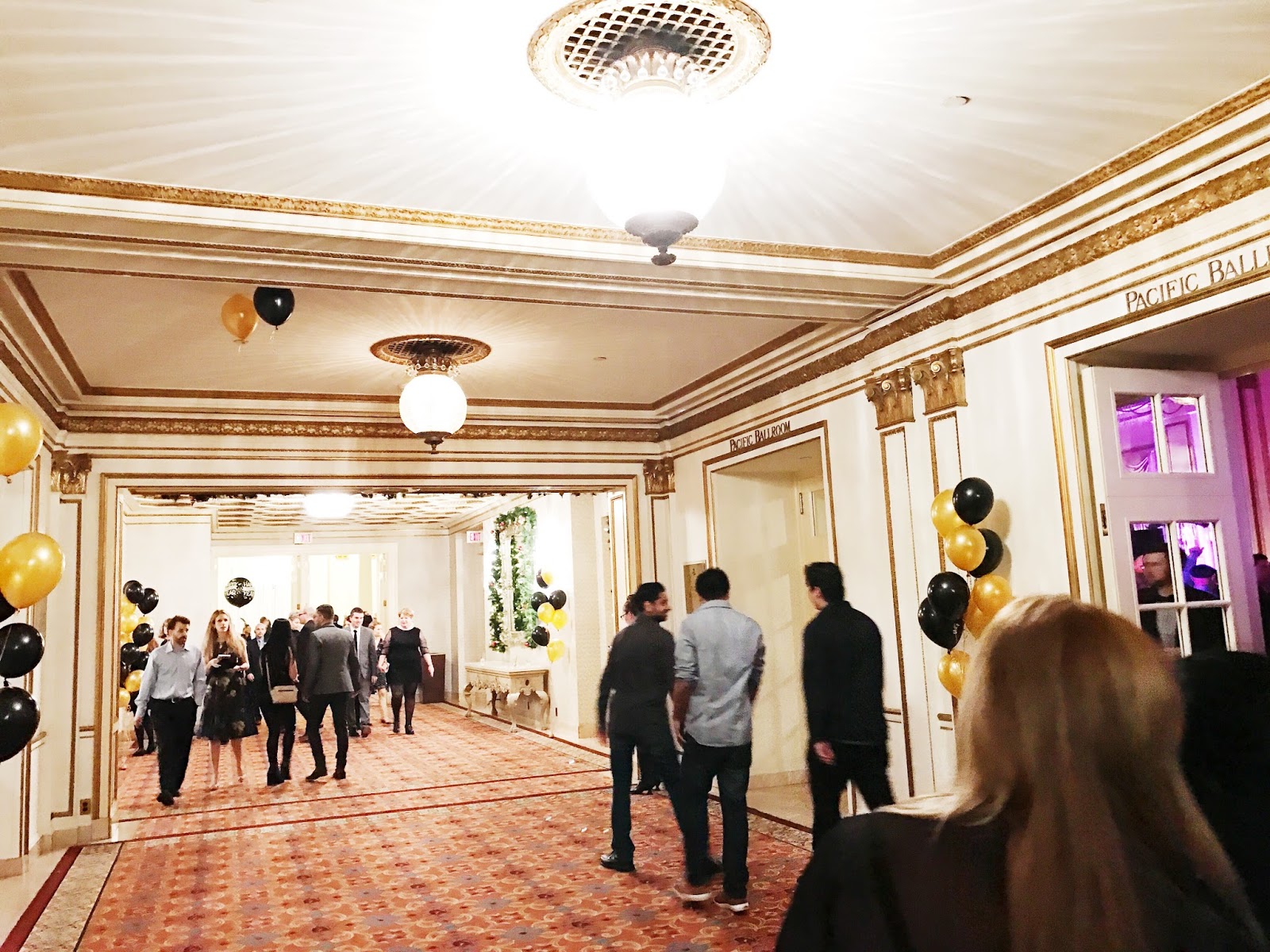 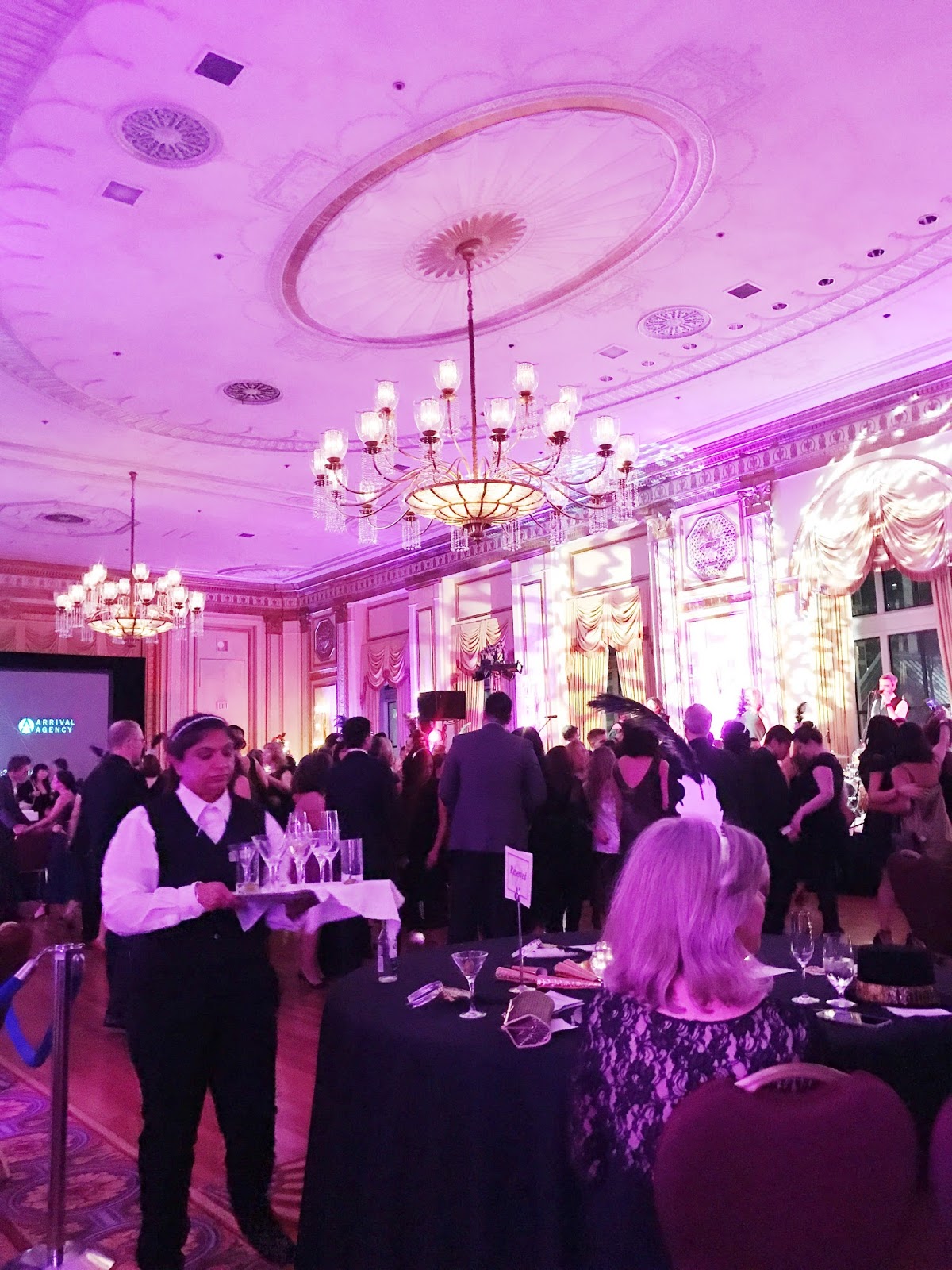 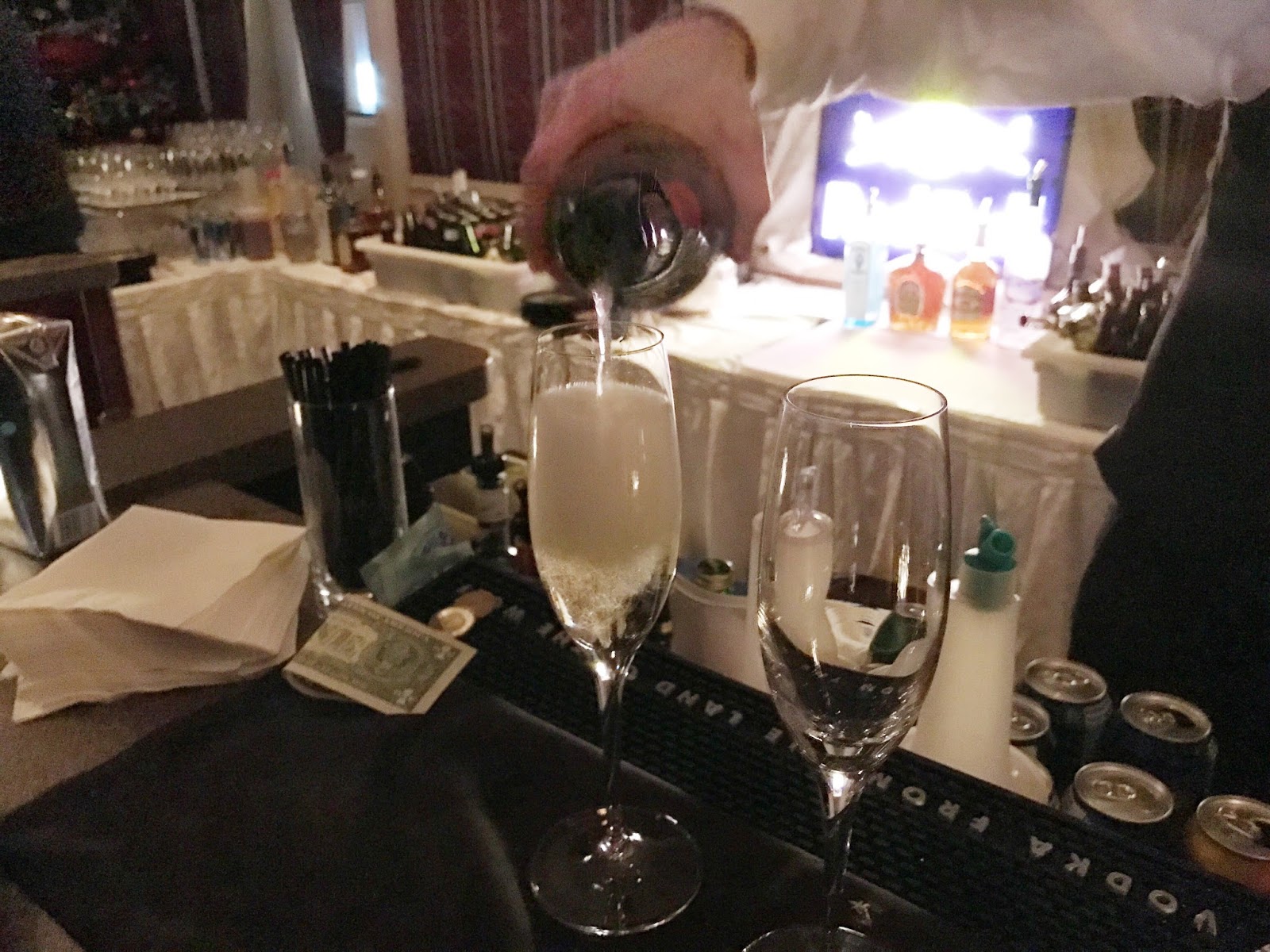 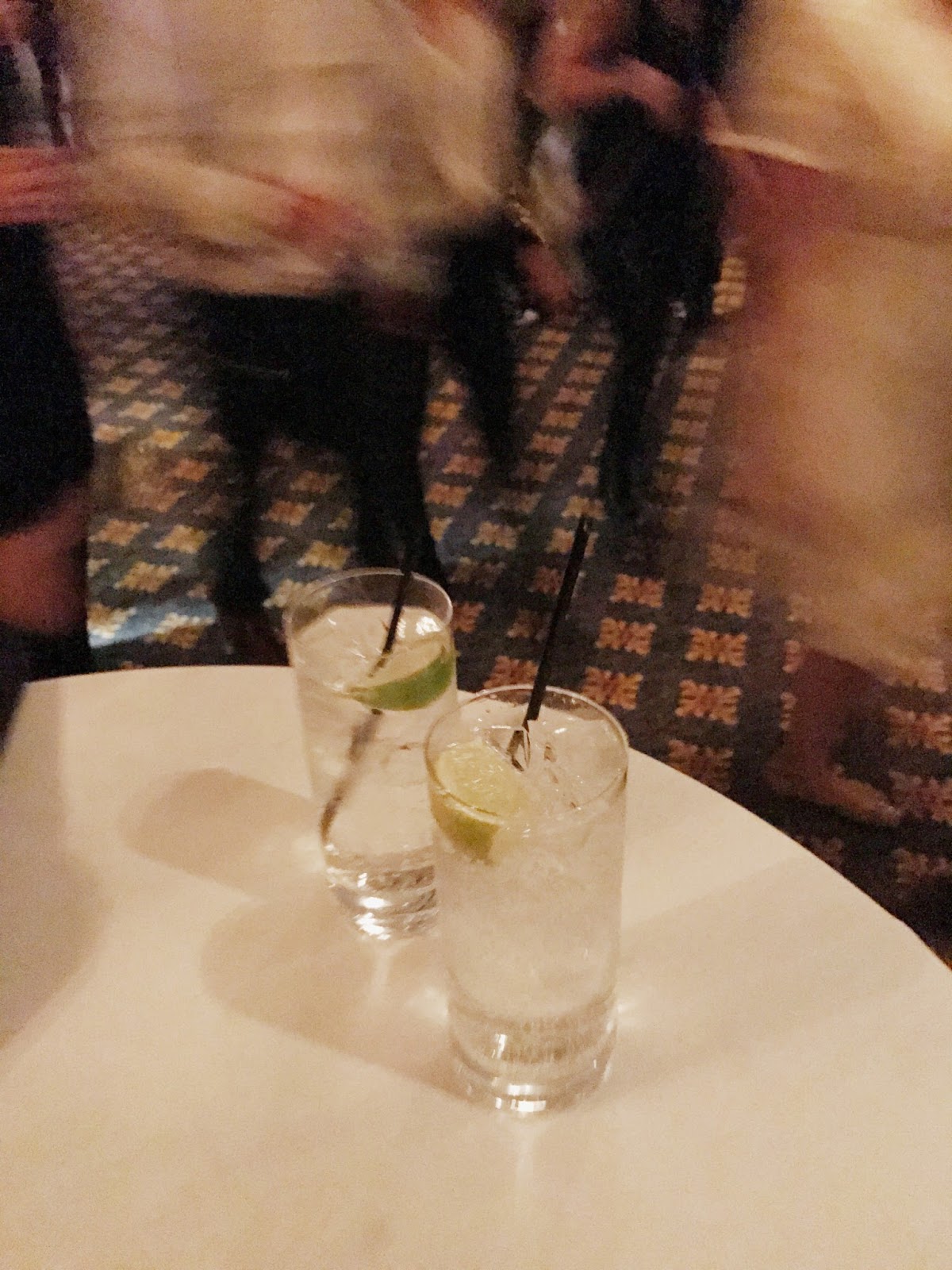 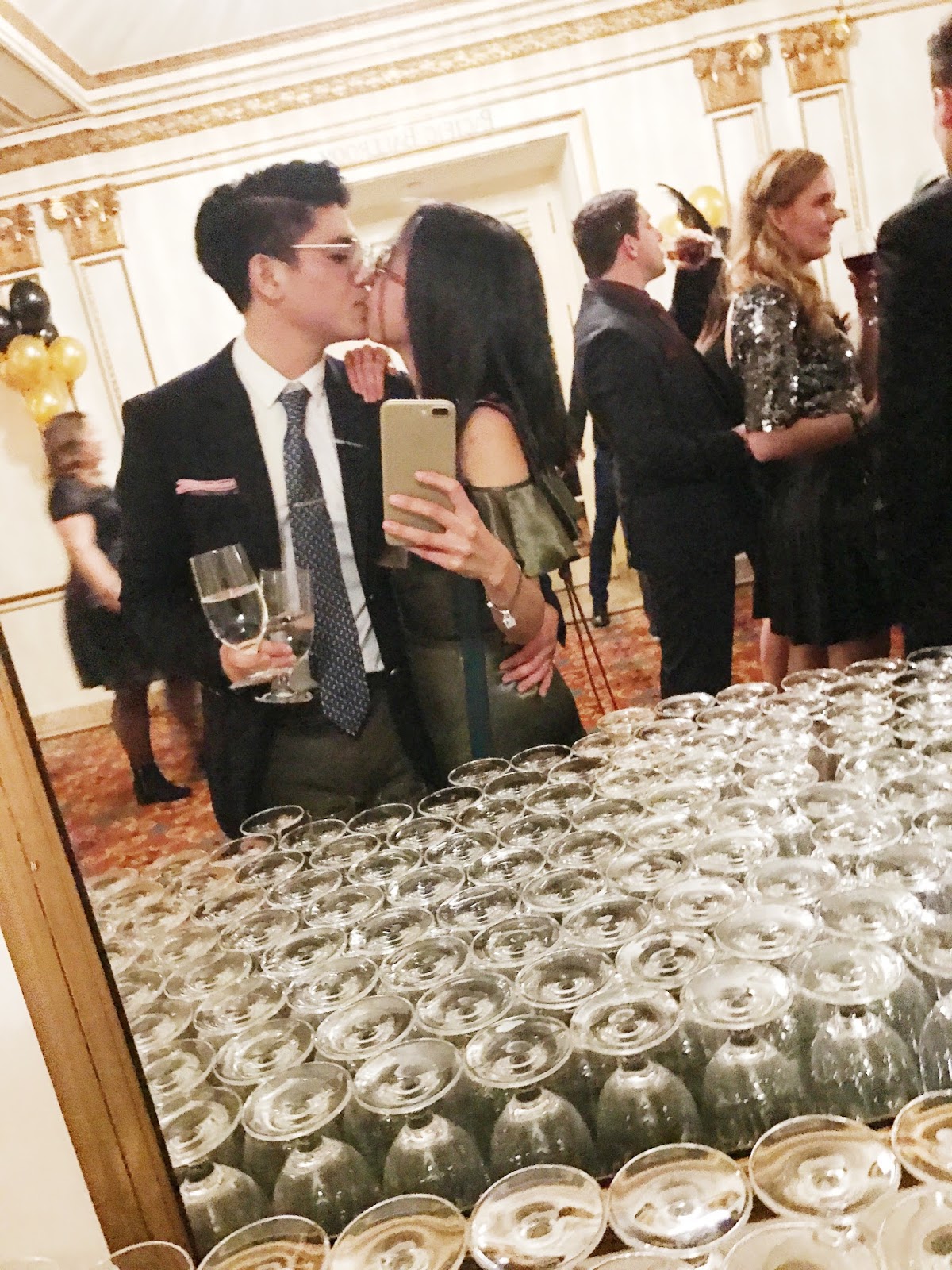 ENDING ON SOME SAP.