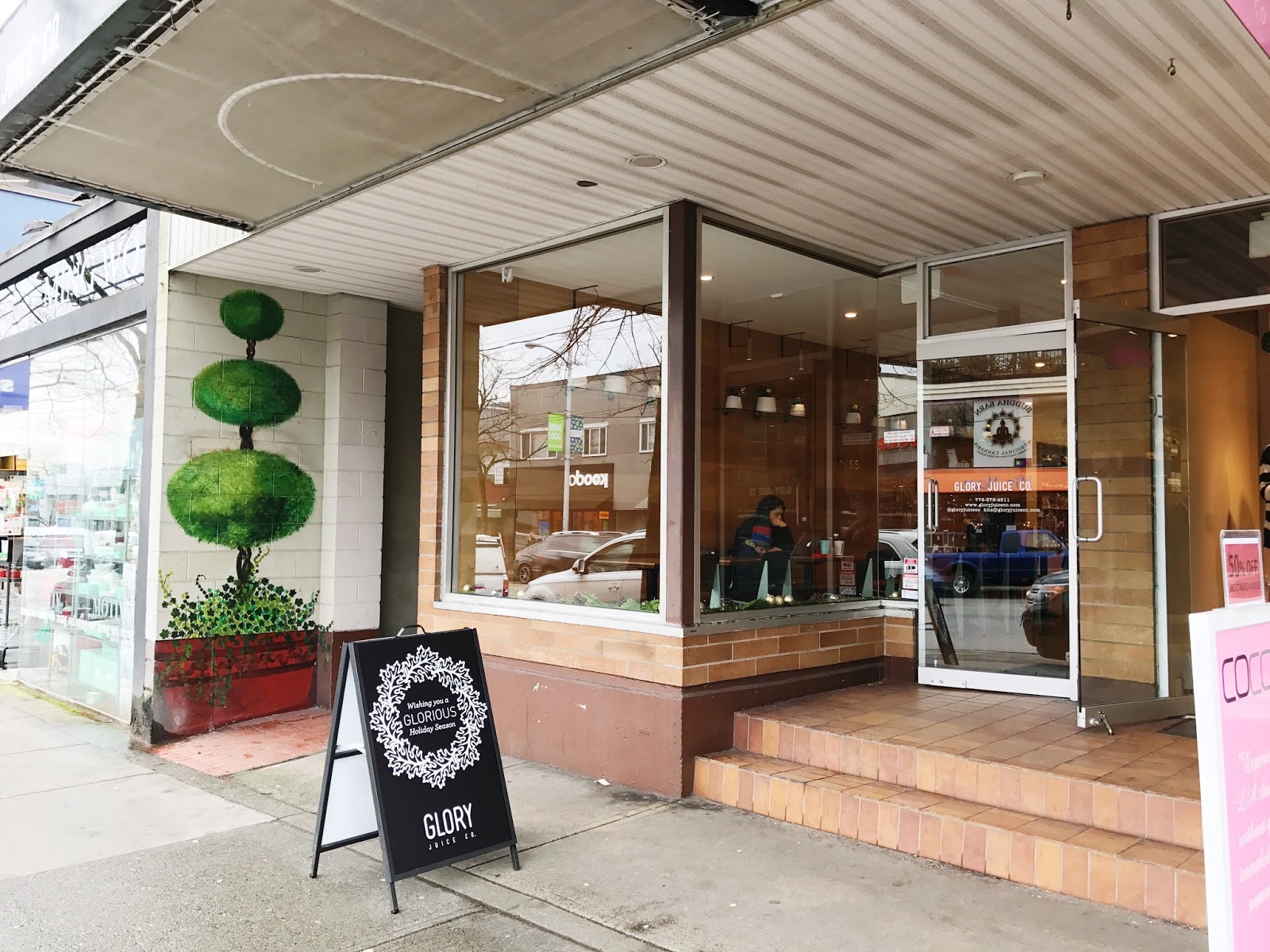 If cold-pressed juice isn't the evocation of Kits (or LA rather) then I don't what is. (One could also argue in defense of acai bowls.) Located on West 4th, Glory Juice is one of the main purveyors of this health-in-a-bottle fad that I've been subscribing to for years.

With a juicery around every corner, one must make a conscious effort not to partake (but why would you, besides the obvious emptying of your wallet.) Yea...chugging $12 juice sure is a luxury (for those who can afford it.)

On that note, I'm planning on taking SOCI 423 - Sociology of Food next semester (being the blogger and SOCI major that I am.) Apparently it delves into the "cultural, economic, and political aspects of food production and consumption, including connections to class, ethnicity, and gender." Intriguing, no? Jeremy's taking it right now and from what I've heard, the readings sound immensely engaging.

Despite the incessant gauging of my spending, I have failed to abate the dispensionary depletion of my funds (gluten-free food and elaborate brunches are to blame.) When oh when will this madness end? (By the looks of it, not anytime soon.)

So on the daily, a pressing conundrum presents itself: Shall I prioritize having a full stomach (or a fat stomach rather) over a full wallet today? 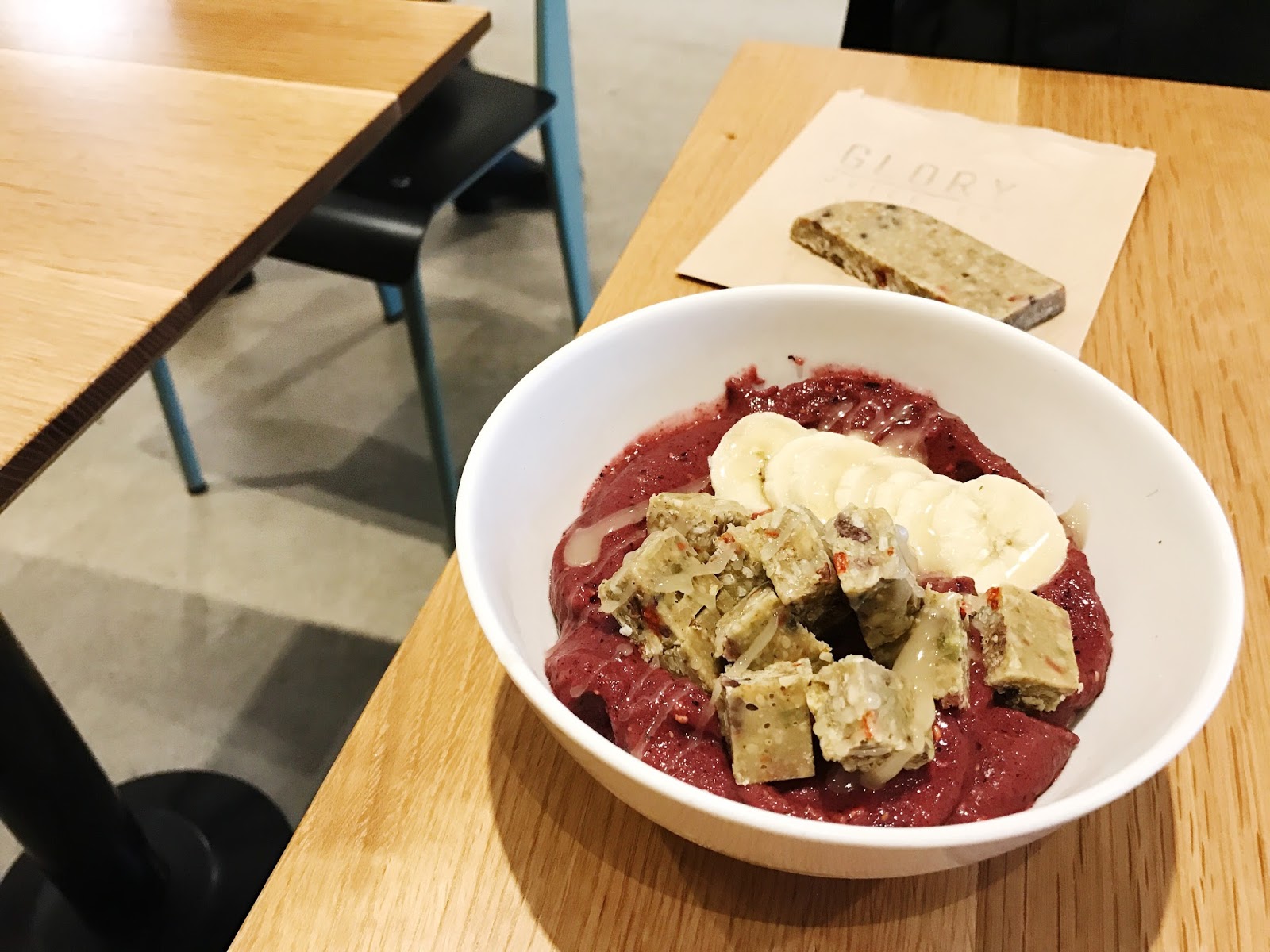 Chopped up Goji-Hemp bars in lieu of their nut-based granola, with the omission of almond mylk. Purposely spelt "mylk."

Due to my nut allergy, the girl kindly suggested that I substitute their granola for one of their goji-hemp bars as my carb component (which I excitingly agreed to.) Despite being more smoothie-esque from the lack of almond mylk, this was a decidedly delicious bowl of acai! I would imagine it to be even more divine with the addition of the mylk, which would add some substantial creaminess.

Nonetheless, the acai bowl was lovingly accentuated with punches of maple syrup, to the tune of remarkably tart raspberries. The goji-hemp bars were the bulk of the meal, and the saltiness of the bar toyed with the otherwise sweet base of the other components. 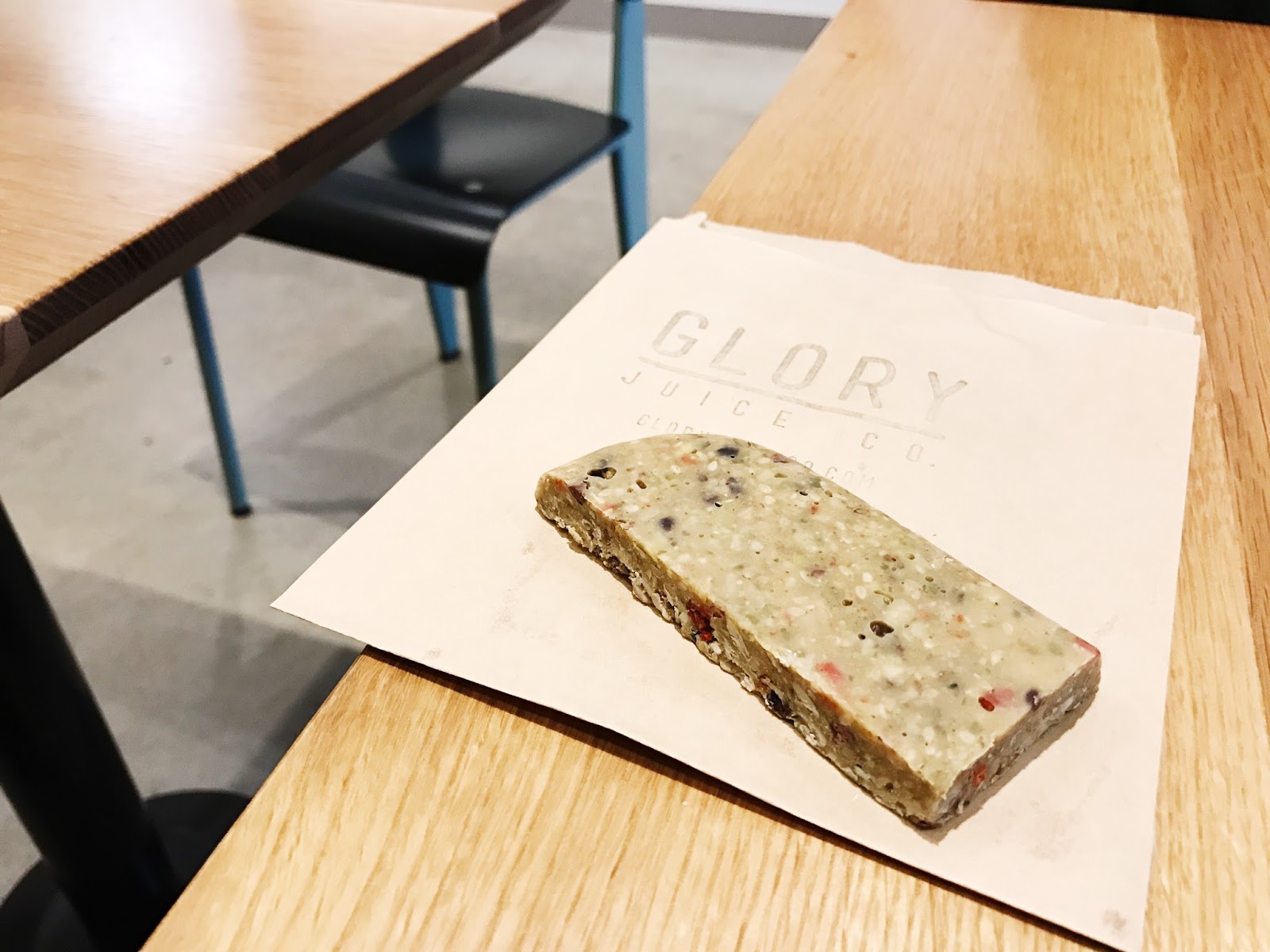 Goji-Hemp Bar $3 (Gluten-Free)
Nut-free bar containing 4 antioxidant rich berries, packed with superfoods and sweetened with coconut nectar (low GI.)
(I've had 4 of these already, which includes the one in the acai bowl!)
4.5/5 stars

Definitely a new fave of mine! Believe me, I've had my fair share of hemp bars (thanks, Whole Foods) but I've never had a hemp bar like this! Forget those pre-packaged bars you get at health-food stores, this is where ITS AT! Ain't nothing like a freshly baked hemp bar! Similar to how a pastry is best when fresh (which I'm sure you can all agree with.)

Amazingly soft, whilst being satisfyingly dense from being loaded with seeds, goji, and hemp. Decidingly sweet and savoury, I'd render this as a pseudo-dessert really. I'd reckon it to be a good meal replacement too, given the heftiness (I ate 2 for breakfast today, so I can attest to that hypothesis!) 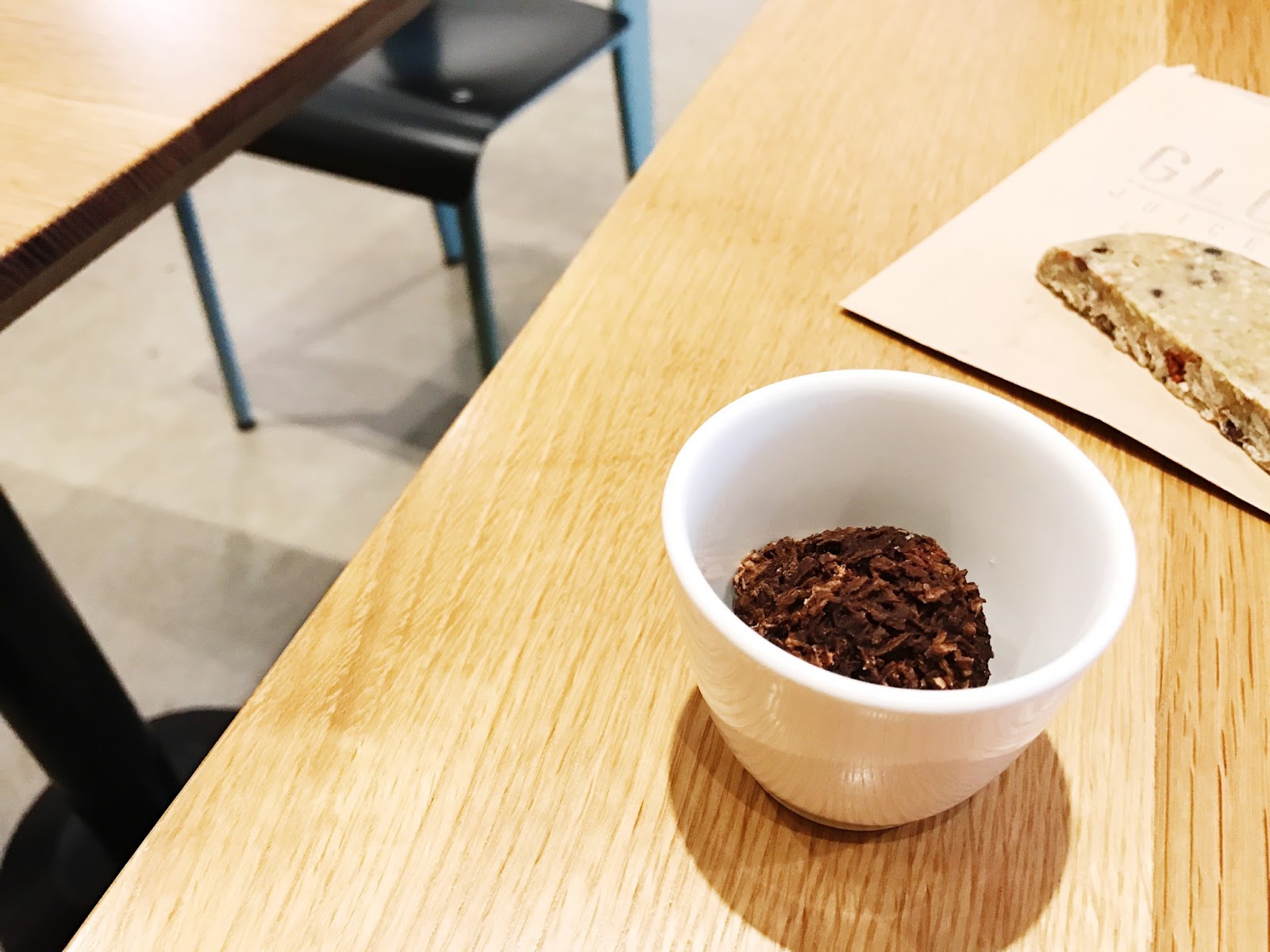 I for one am inclined towards coconut-anything (especially of the dessert variety) which resulted in me ordering one of their macaroons. This one was different in that it was of the raw, unprocessed variety, so the coconut essence was more apparent. Due to being dairy/egg-free, these were less pillowly and more definitive in texture (the coconut flakes were more grainy as a result.) 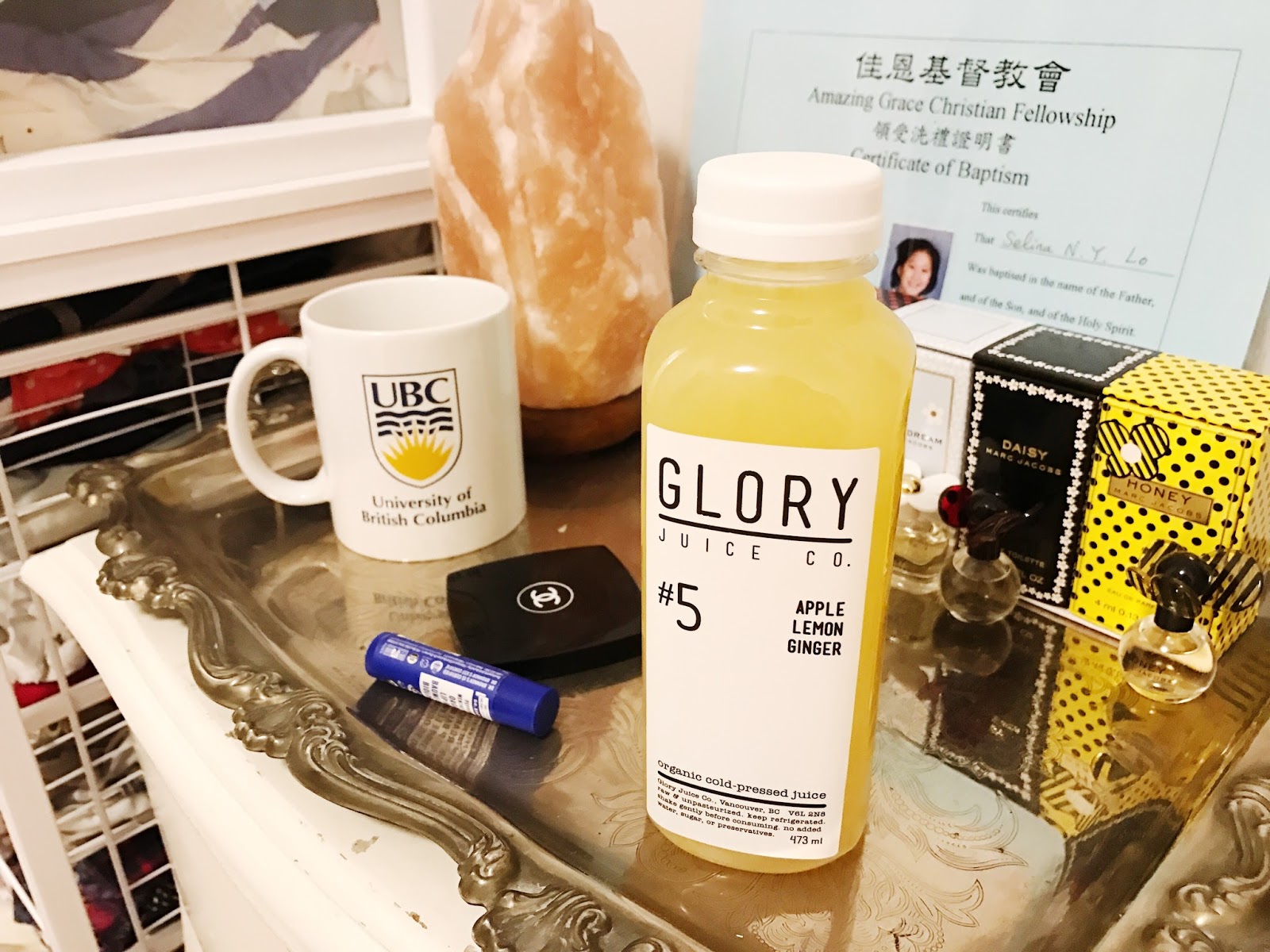 I wasn't feeling that well yesterday so I took a sick day. And being the darling that he is, Jeremy came over and surprised me with 2 goji-hemp bars and a cold pressed juice! (The boy knows me too well.)


I'm telling ya, this was SO worth the $12 that I didn't shell out (HA. Being that Jeremy got this for me.) The description soundly all together boring, but the amalgamation of all three just blew me away. It was delightfully sweet (even in the absence of added sugar) and one could really taste every component of the juice. The ginger lingered in the background; spicy but not overly so. 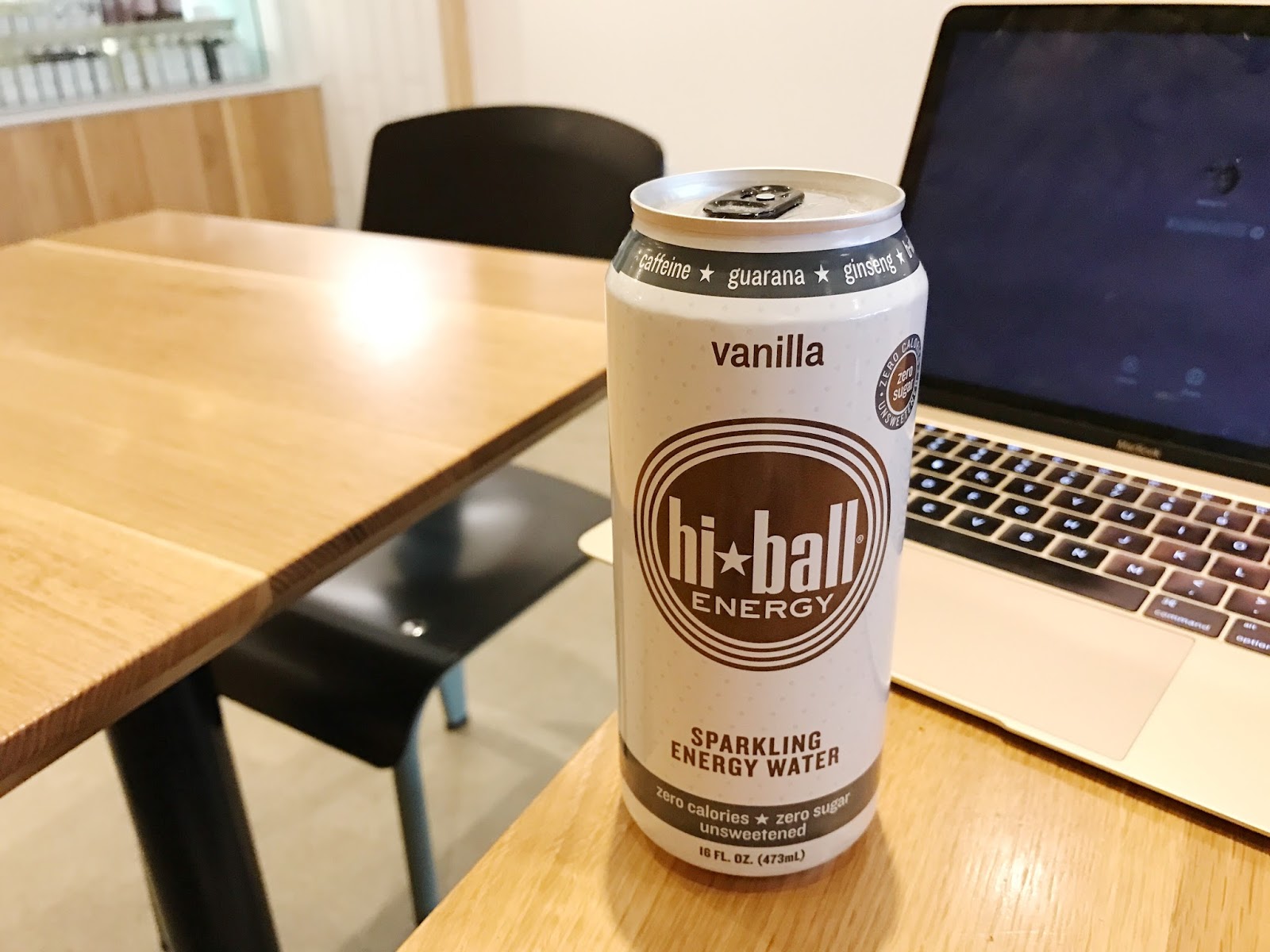 I was addicted to this stuff during the month of December. I would have one on hand at ALL TIMES. Organic, tea-based (available at Whole Foods.) This flavour tastes identical to cream soda...like legit, NO JOKE!! (NOT SPONSORED BTW.) 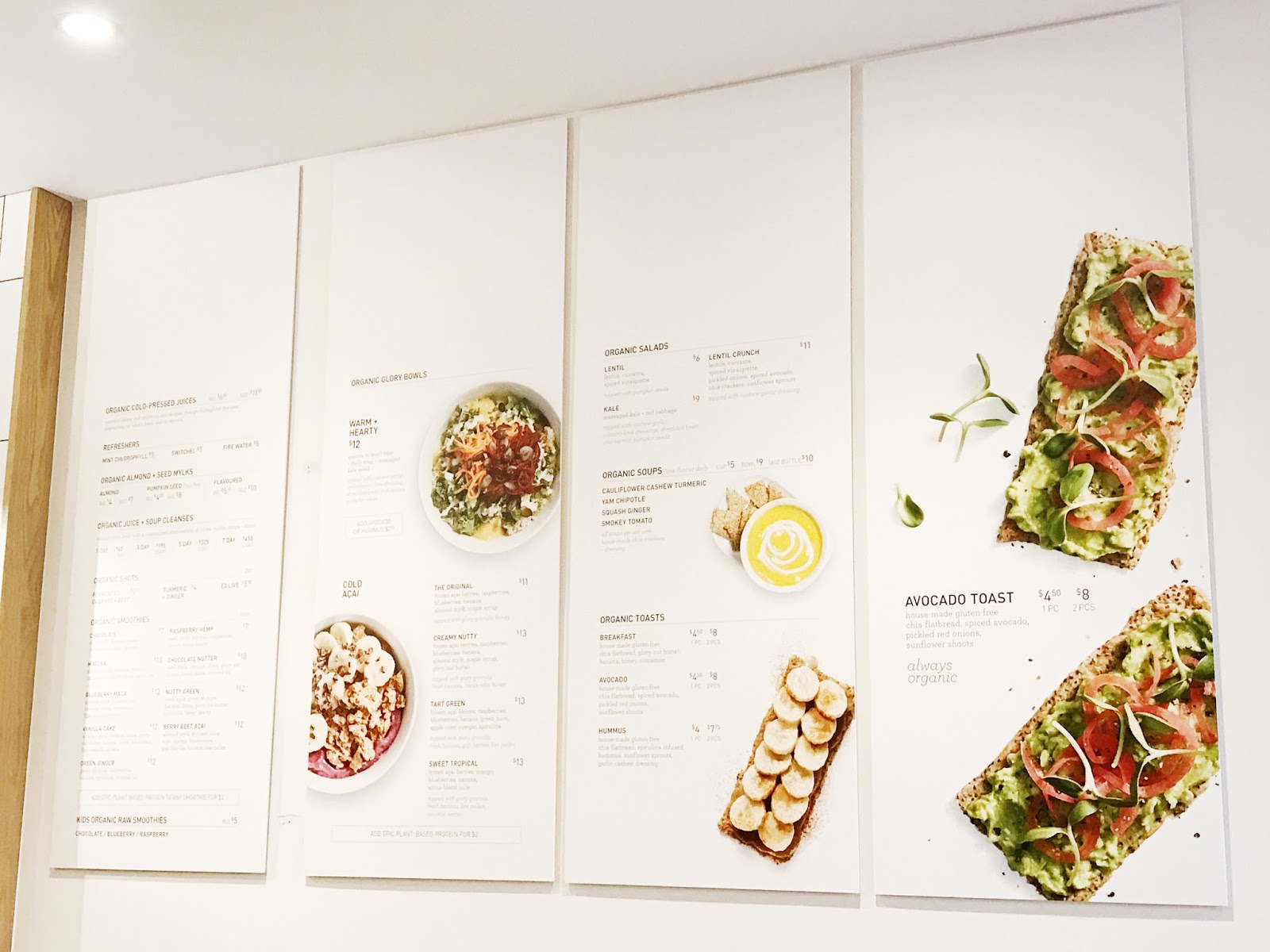 OMG. THEY HAVE ORGANIC, GLUTEN-FREE AVOCADO TOAST!!! (I'LL BE BACK, GLORY!) 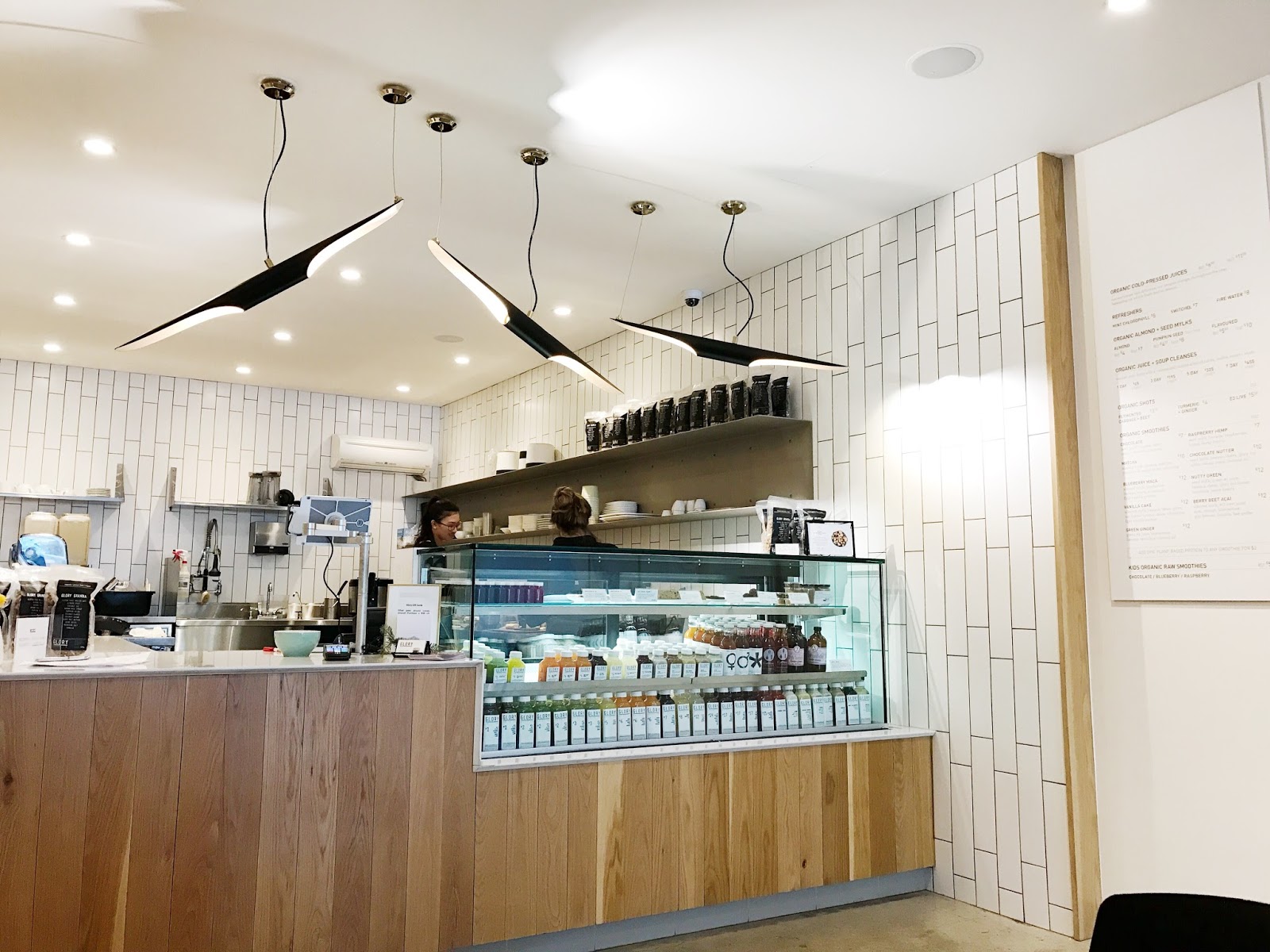