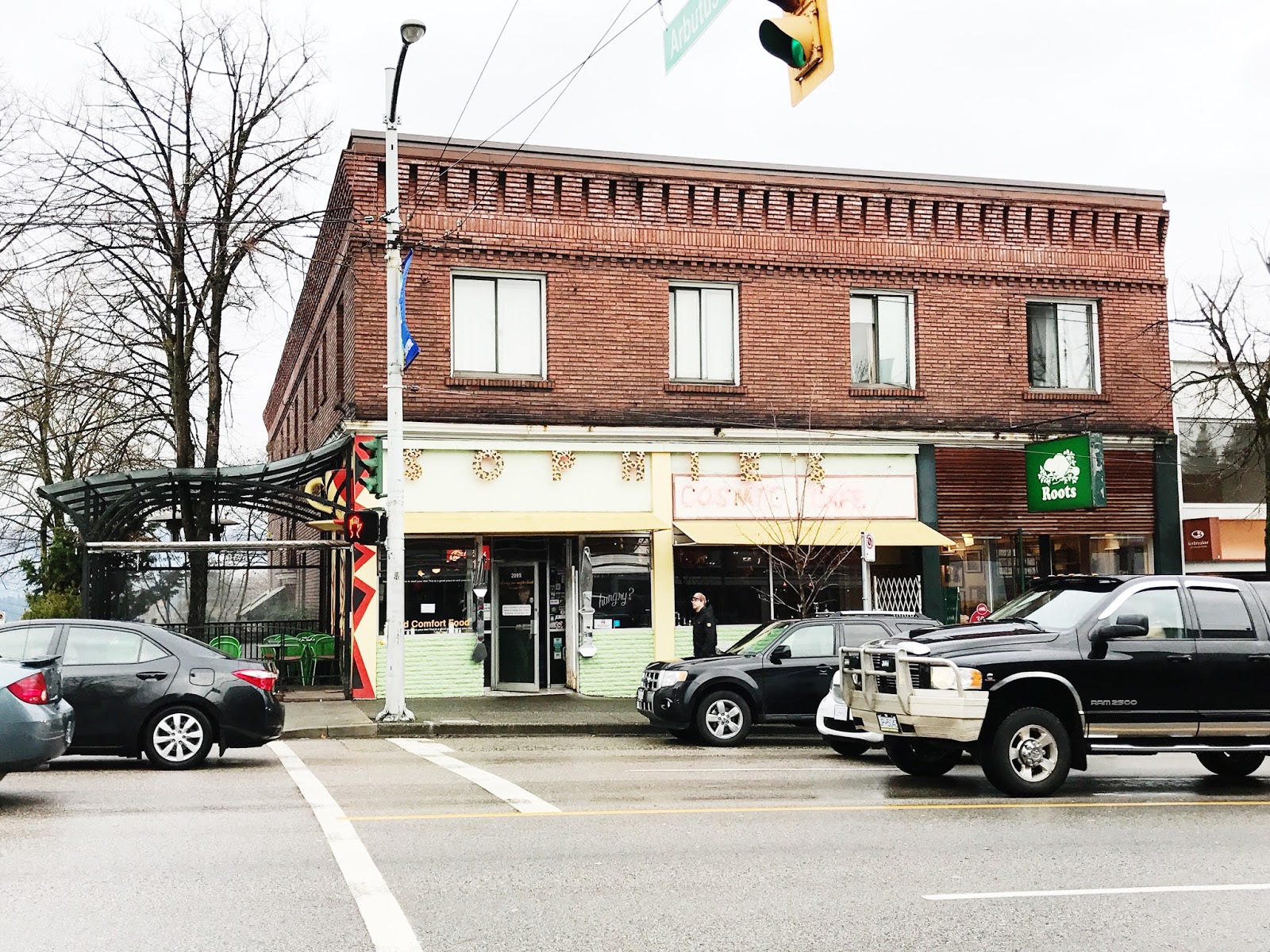 Sophie's Cosmic Cafe. A Kitsilano institution so kitschy it hurts. Ryan Reynolds and Blake Lively's brunch of choice when they're back in town. A diner so unpretentious it makes you forget that $200 leggings are only a few steps away (that's Kits for ya.)

If I still lived a stone's throw away from West 4th (YES I moved...again, I'm still in Kitsilano though) you would probably find me here more often. But alas, I do not...I live near West Broadway now (which is more convenient, given that the 99 comes every 5 mins or so.)

Long story short: after a month of residing along the paradise that is West 4th, my roommate gave me the boot because she "needed" my room for a friend. In a panicked daze, I had to find a place to relocate to, ASAP. Luckily I was able to score a quaint, one bedroom suite in a brand new house in the West Broadway area (this girl here does not want to move back to Burnaby!) But s'all good, cause I like my new place a lot better (oh the luxury of having your own bathroom!)

Oh, and have you guys noticed? I'm back on my schedule of posting 3 times a week! So for the most part, you can expect a new blog post come Monday, Wednesday, and Friday from here on out! 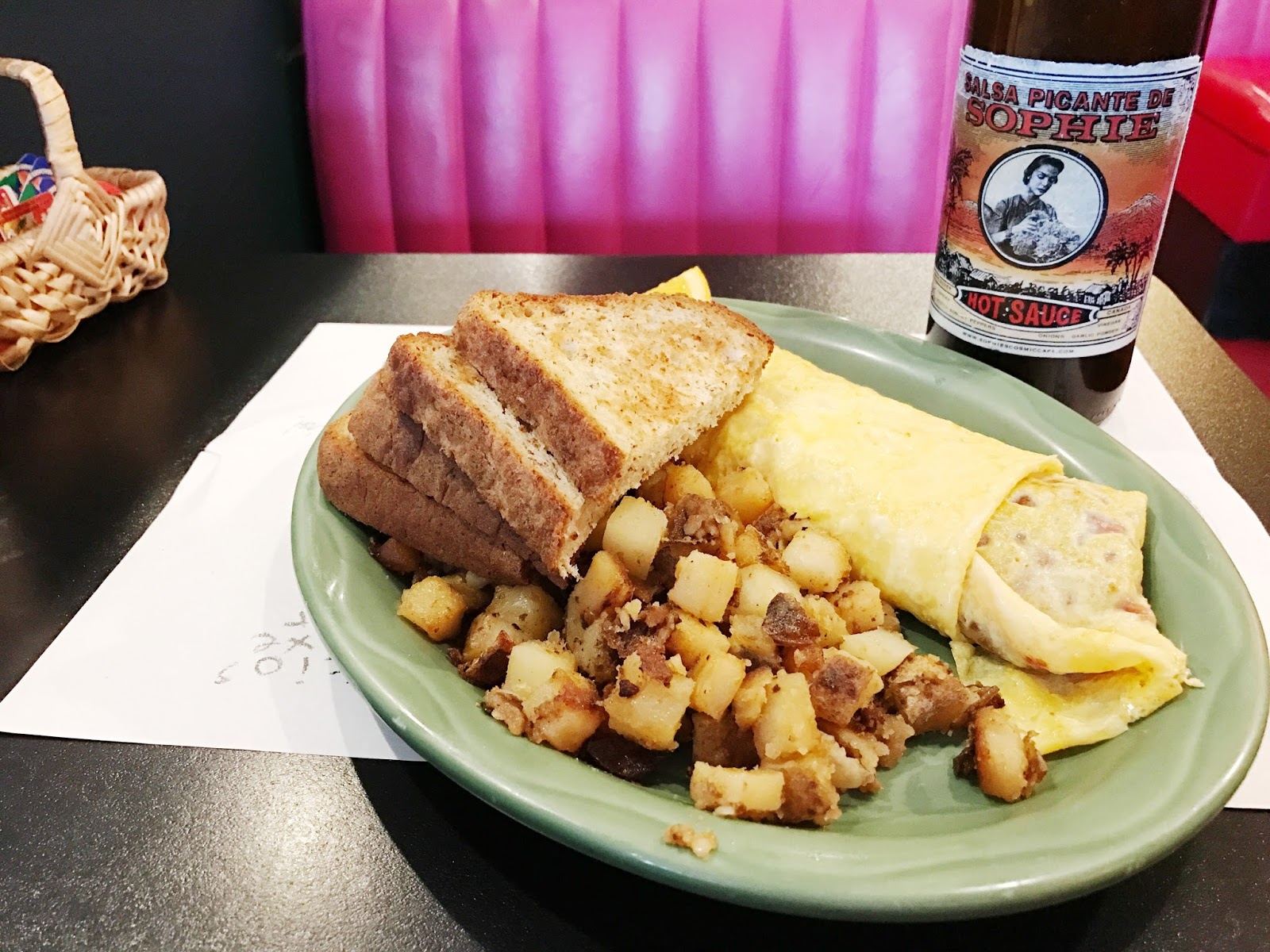 Hearty and all kinds of comforting. The omelette was neatly wrapped, and bundled inside was a lovely sautée of tomatoes, onions and bell peppers. The hash was on the mushy side, but enjoyable nonetheless. The gluten-free toast made for an especially hearty meal in that it was substantially thick and grainy. 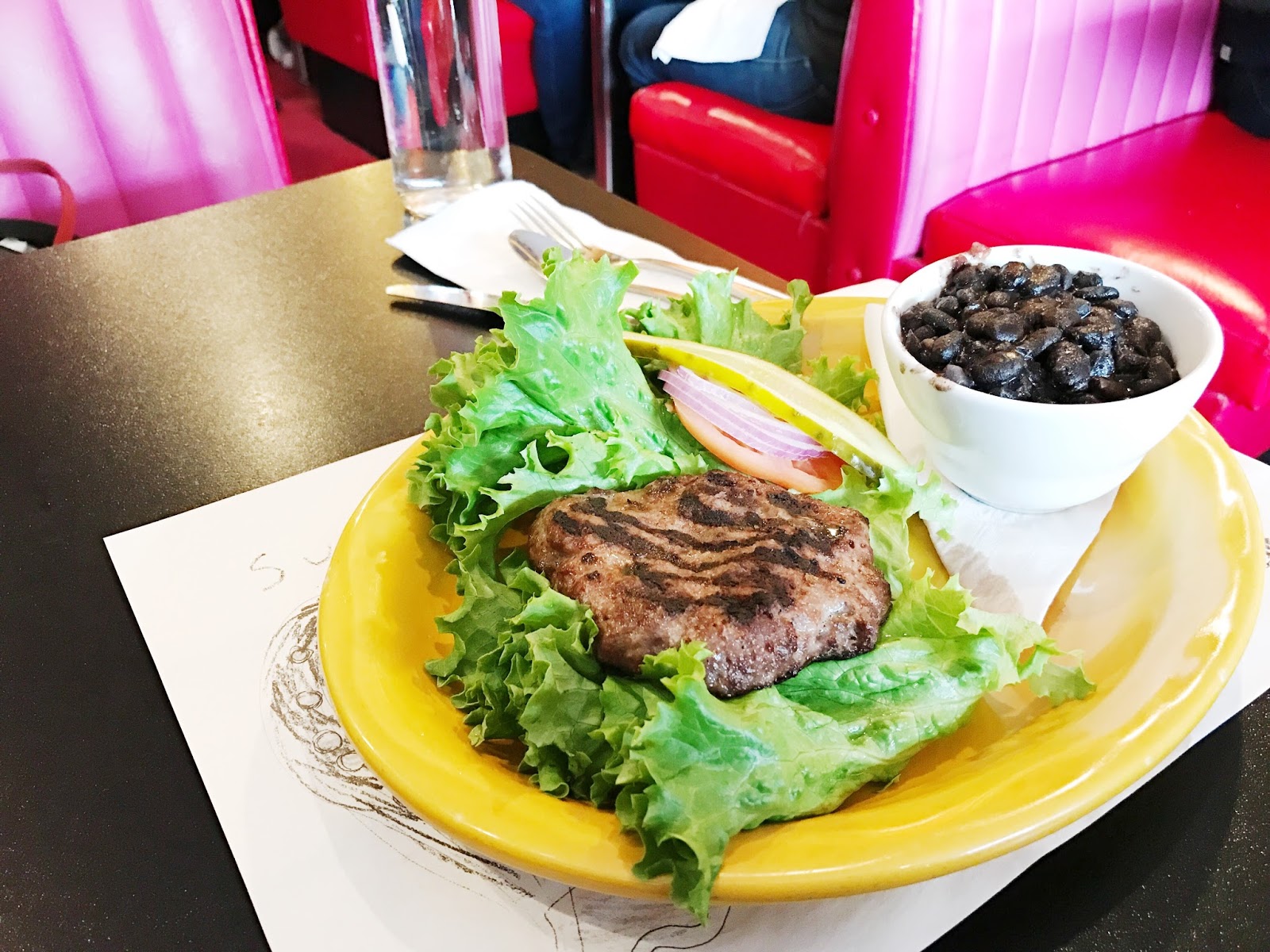 If you're ever in need of a gluten-free burger and the place you're at doesn't have a GF bun on hand, just ask for your burger to be wrapped in lettuce! (Wrapping it in lettuce simultaneously renders it paleo.)

The patty was quite good in that it was beefy-tasting and juicy throughout. The burger came with a sizeable amount of baked beans (which I ordered in lieu of fries.) Due to the protein content (beef + beans) this made for an especially filling meal! 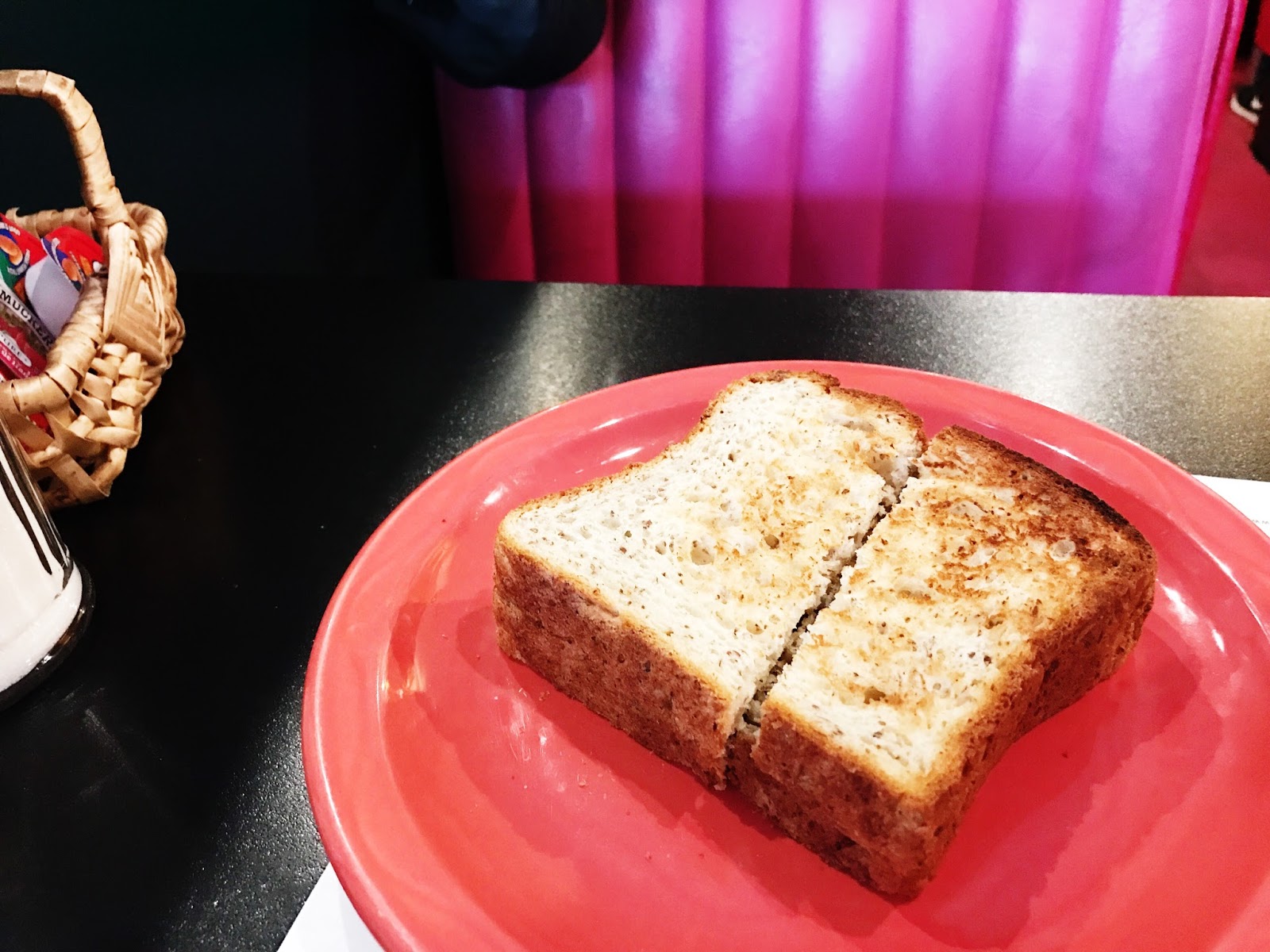 Much to the dismay of my wallet, this cost me $4! For 2 slices of toast! Price aside, this was some damn good toast! One of the best gluten-free toasts I've had at a diner. 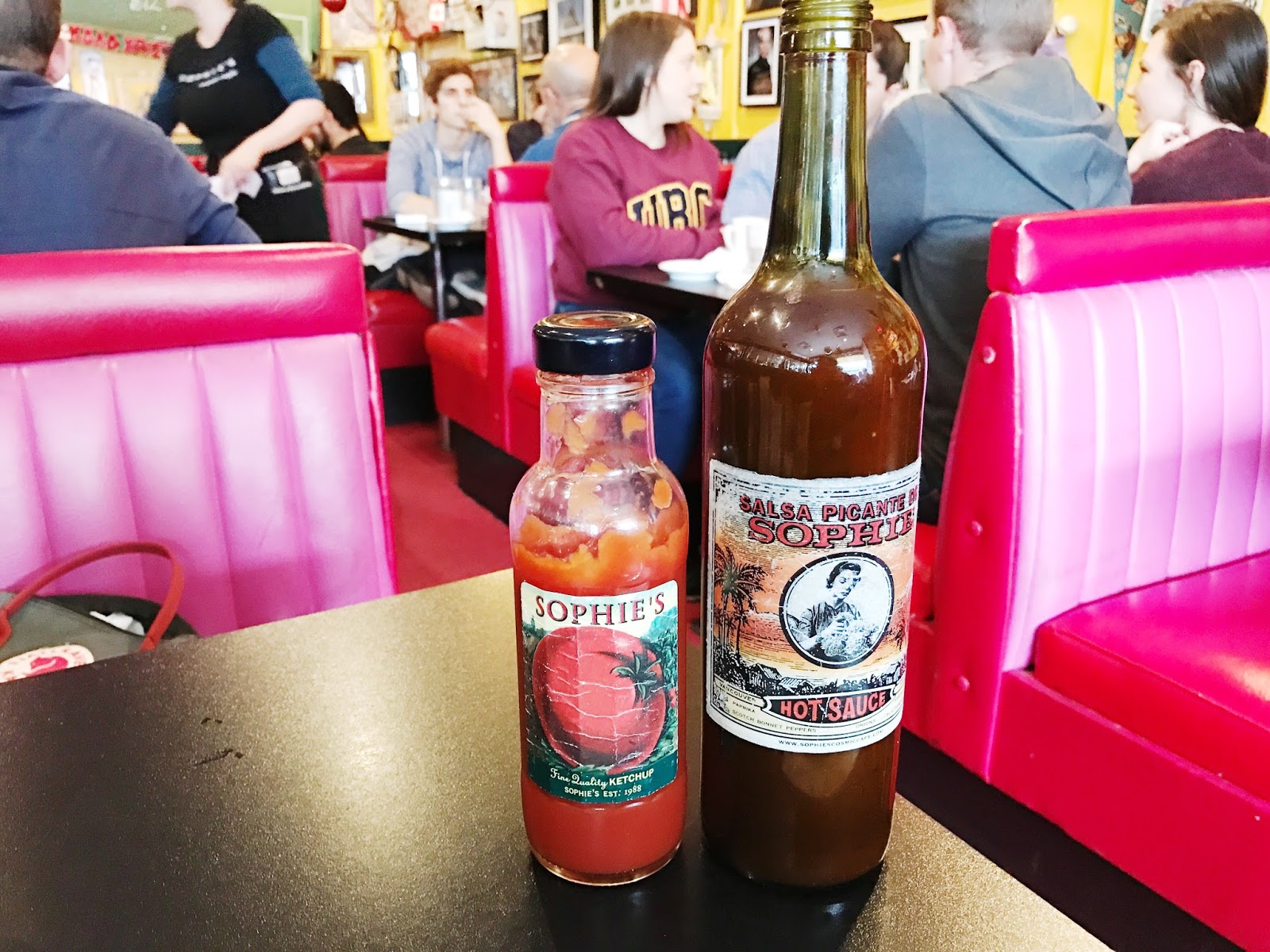 Their claim to fame! Sophie's house made ketchup and salsa picante! 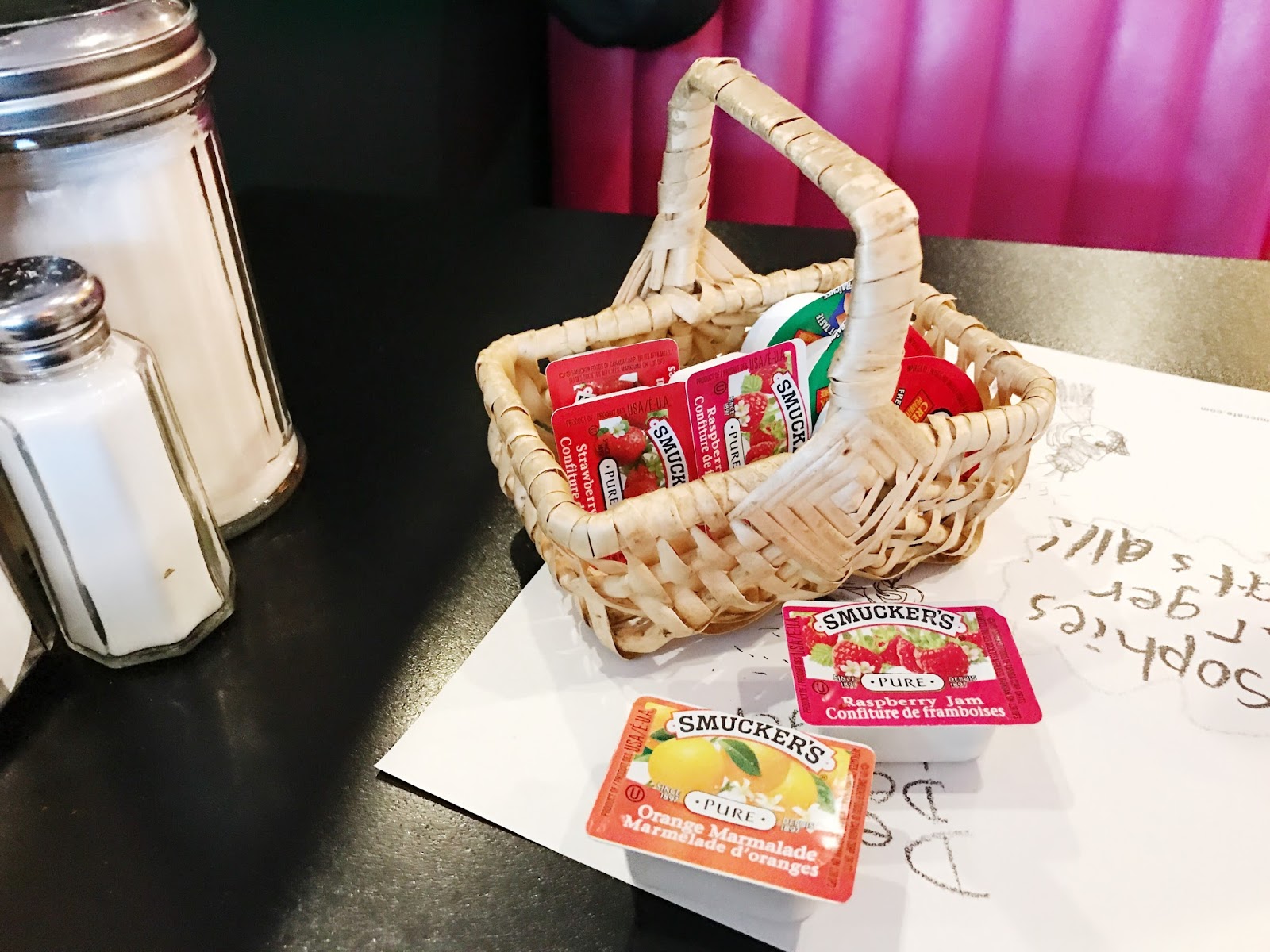 Despite being of the non-organic variety, I'll always be a sucker for smuckers! #childhoodfave 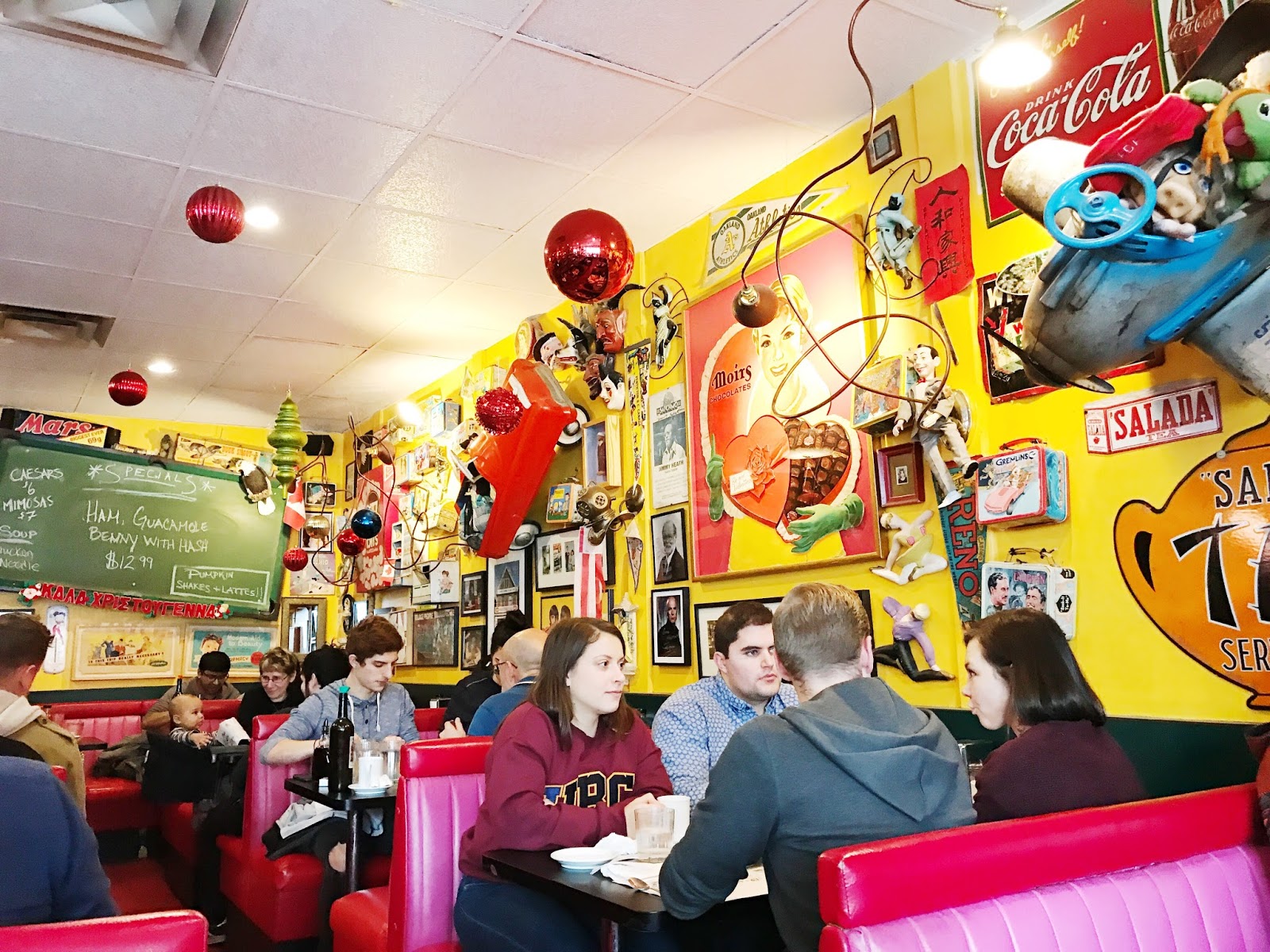