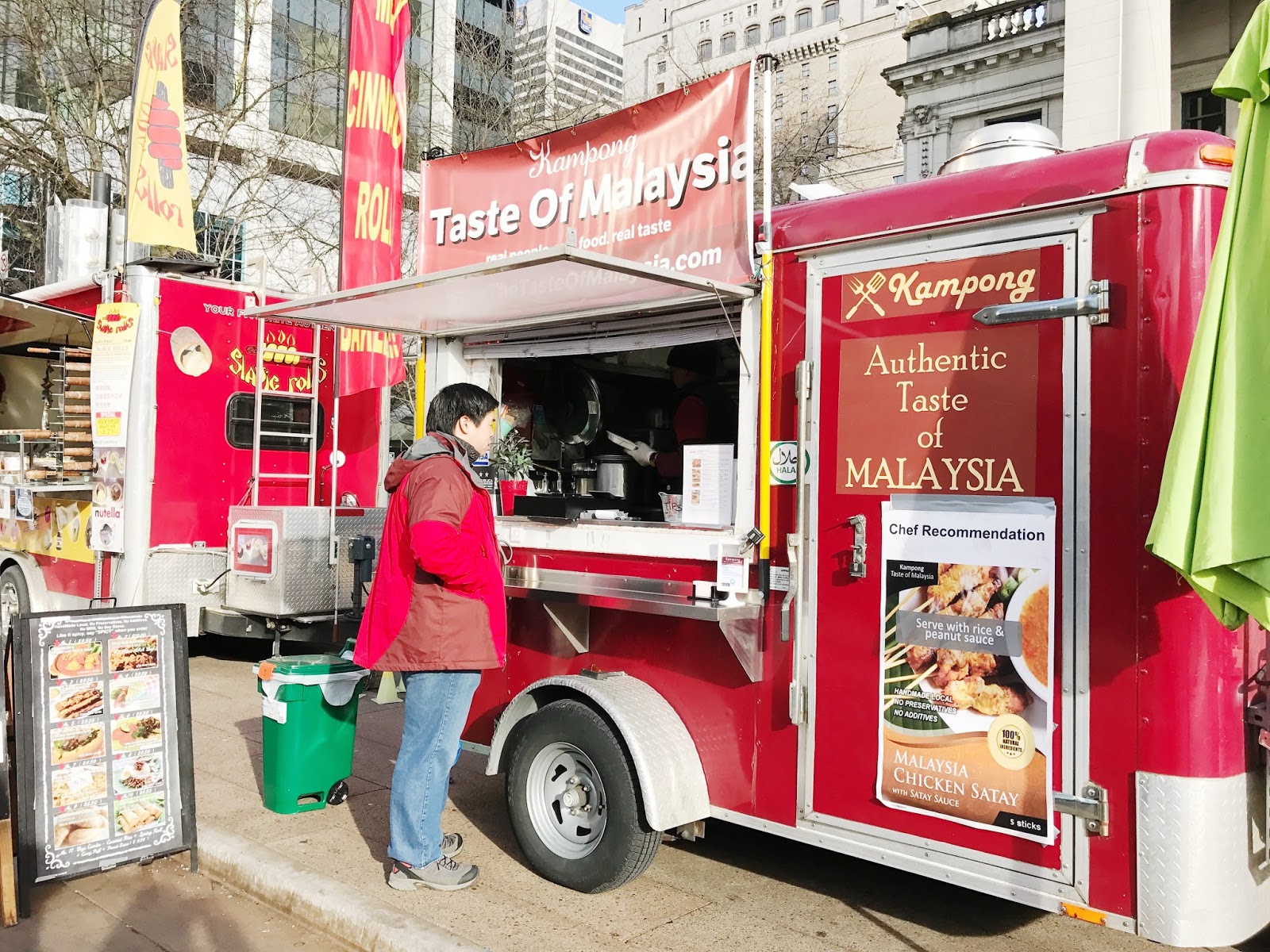 Major throwback time. Remember when I covered Street Food City on behalf of Urbanspoon back in 2014? (Okay you probably don't...that was 3 years ago.) It was definitely a lot less crowded this time around. Despite the frigid weather, 2014 had quite the turnout.

OH, the funniest thing happened the last time I was here...Miss Vancouver Piggy (Emily) unknowingly took a photo of me at the event and posted it on her blog! She didn't know it was me, I didn't know it was her. See that awkward, backpack toting teen in front of Yolk's Breakfast? Yea, that's me!

Anyways, we ending up eating our food inside the UBC building beside the skating rink in an attempt to escape the cold (smart eh? It was Jeremy's idea.) Hey, we're both UBC students to begin with so it was totally justified (not that you need to be an UBC student to eat there, heh.)

The one thing I was looking forward to the most ended up giving me an allergic reaction! Much to my dismay (and shock) I developed an allergic reaction after consuming a gluten-free, "vegan" grilled cheese sandwich from Mom's Grilled Cheese! Even though I requested that it be made vegan, they still added butter based aioli to it! A few minutes into my sandwich, I started choking and my lips swelled up. Thankfully, it subsided after an hour or so. Still, I was really bummed out that I didn't get to enjoy my supposedly "vegan" daiya grilled cheese! 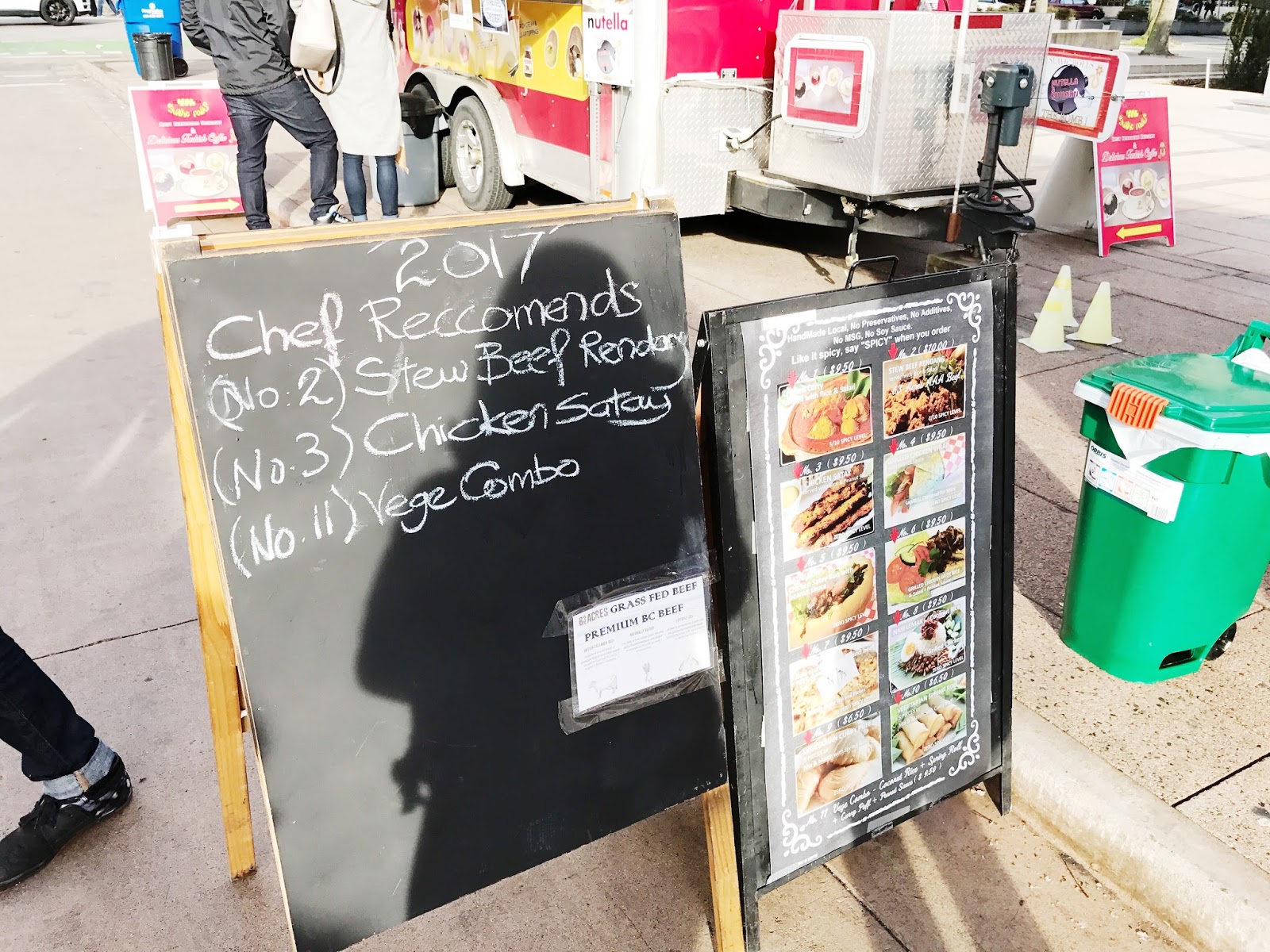 Jeremy: "Your armpits reeked of rendang for the next 2 days."
Me: "NO THEY DID NOT." 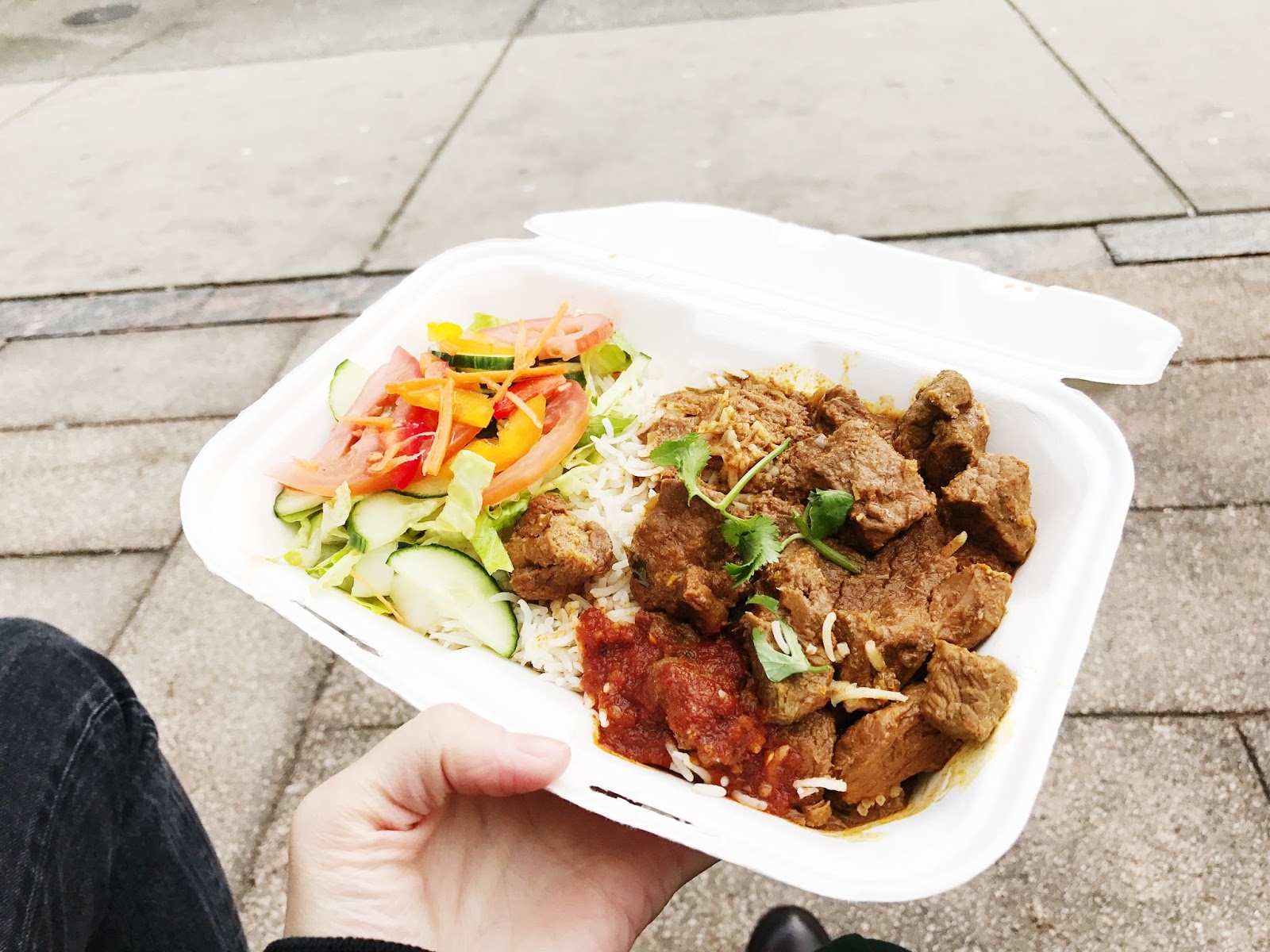 Gotta give them props for using grass-fed beef, because not a lot of places do. Taste wise, pretty decent I would say...but it could've been spicier. The beef however, was on the leaner side, thus rendering the meat less tender. 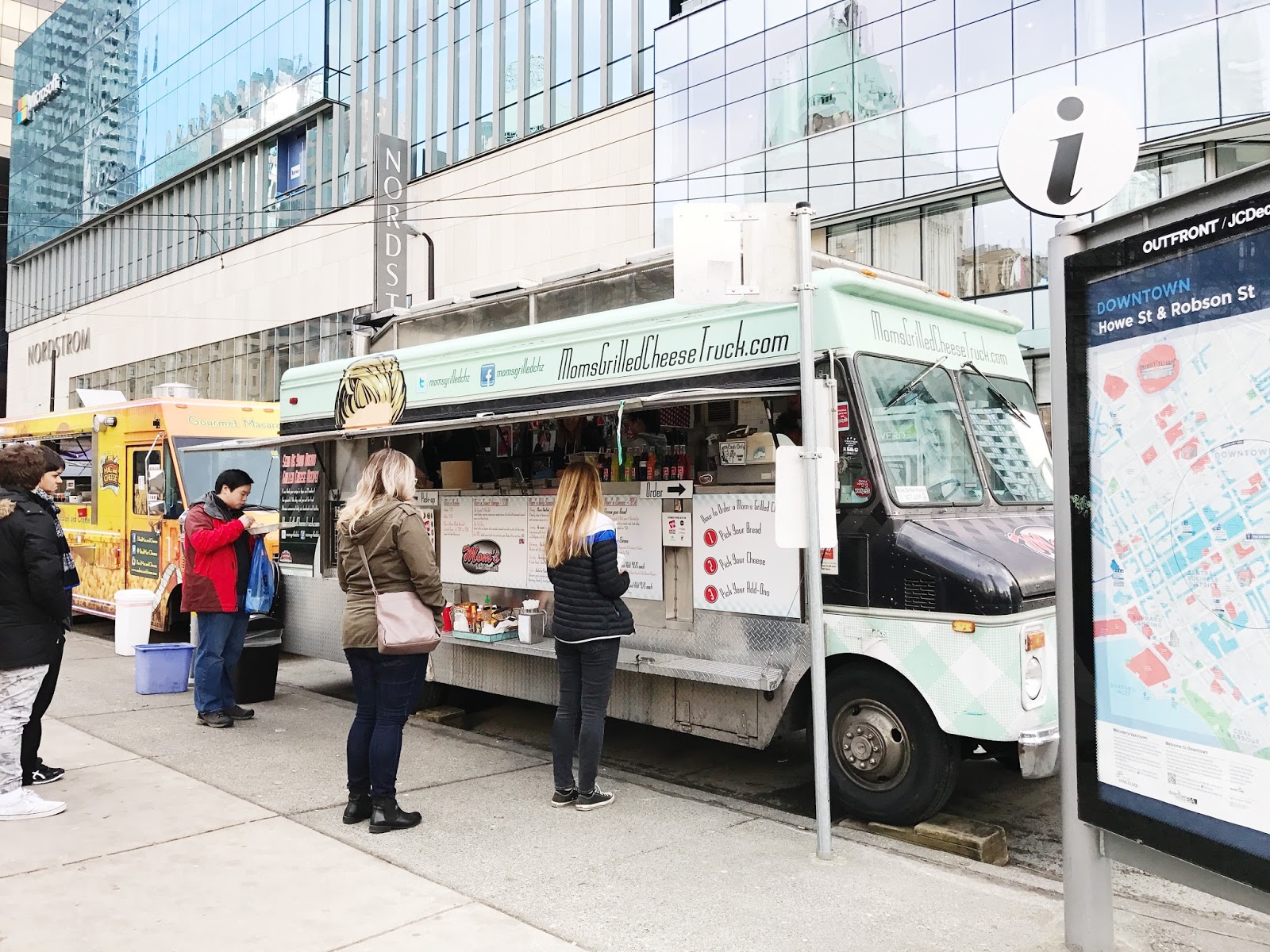 CAUSE MOMS KNOW BEST! (Grilled cheese is no exception.) 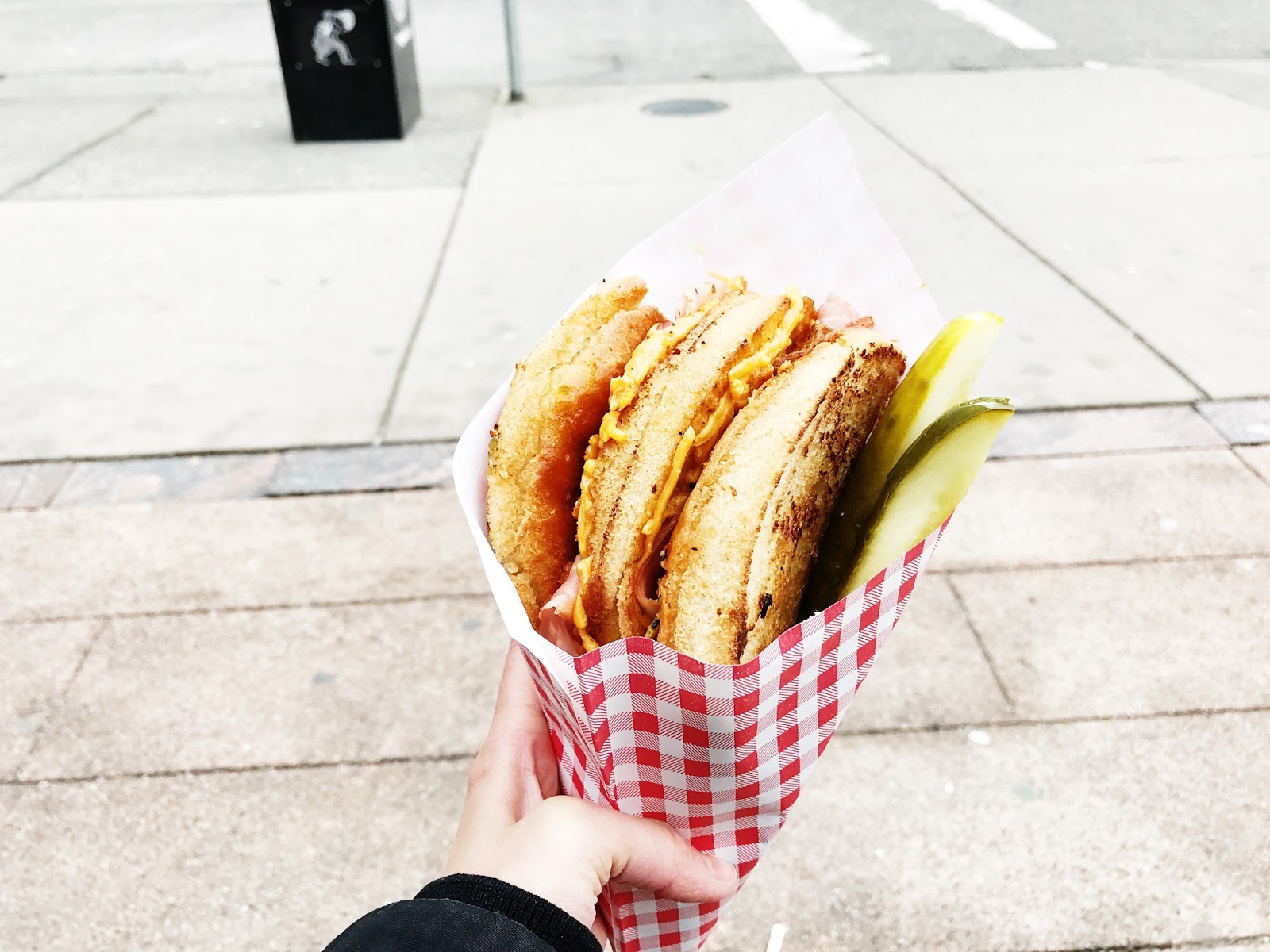 Despite the fact that I developed an allergic reaction to this, the first bite was heavenly!! Probably something you could easily replicate at home (with some GF bread and daiya slices) but still delicious nonetheless! The bread was expertly toasted (but not to the point where it was burnt) with the springiness still being intact. The cheese was completely melted and oozed out at the corners (this had all the makings of a fine grilled cheese sandwich.) 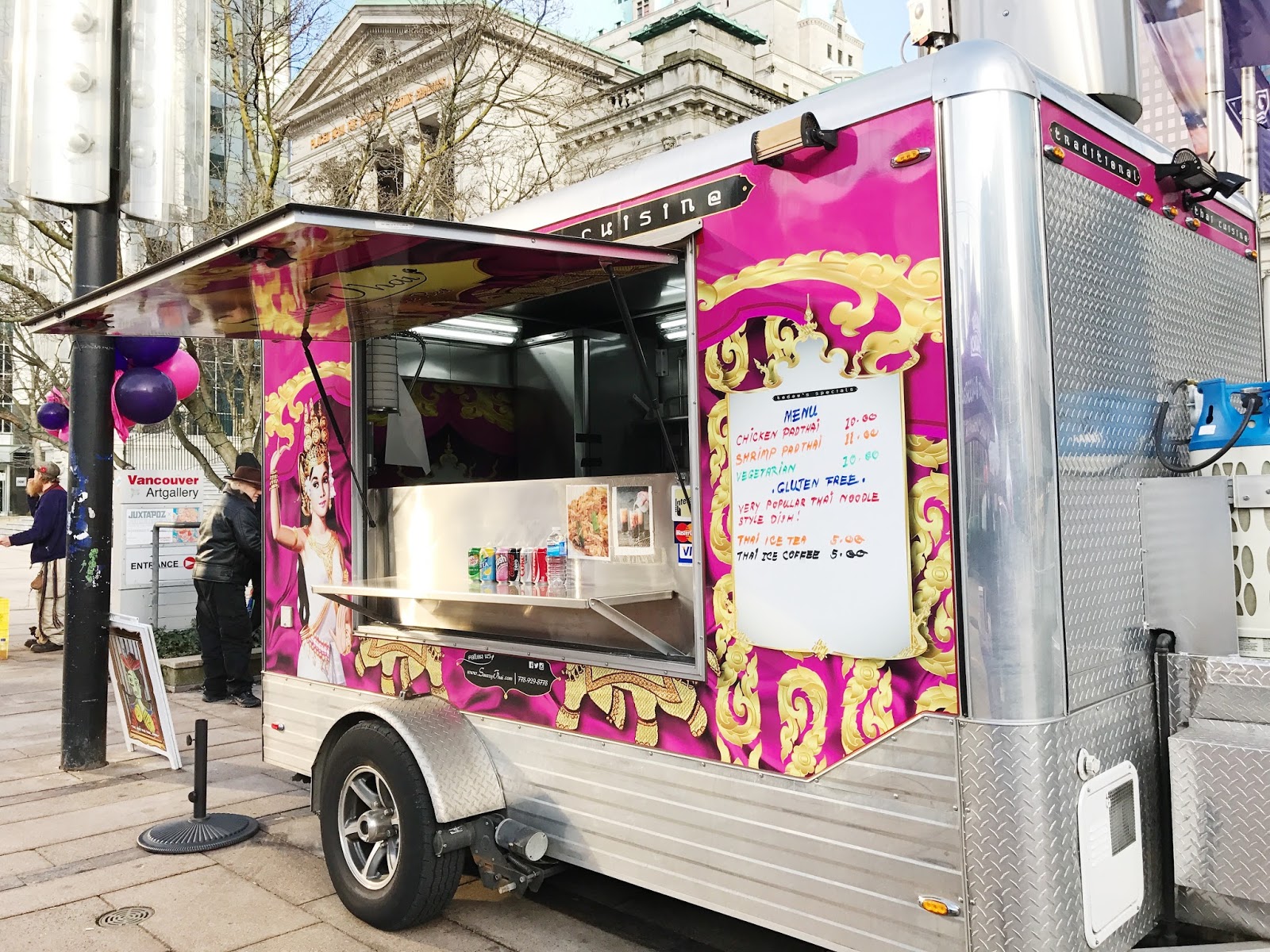 Our truck of choice out of all the ones we tried! 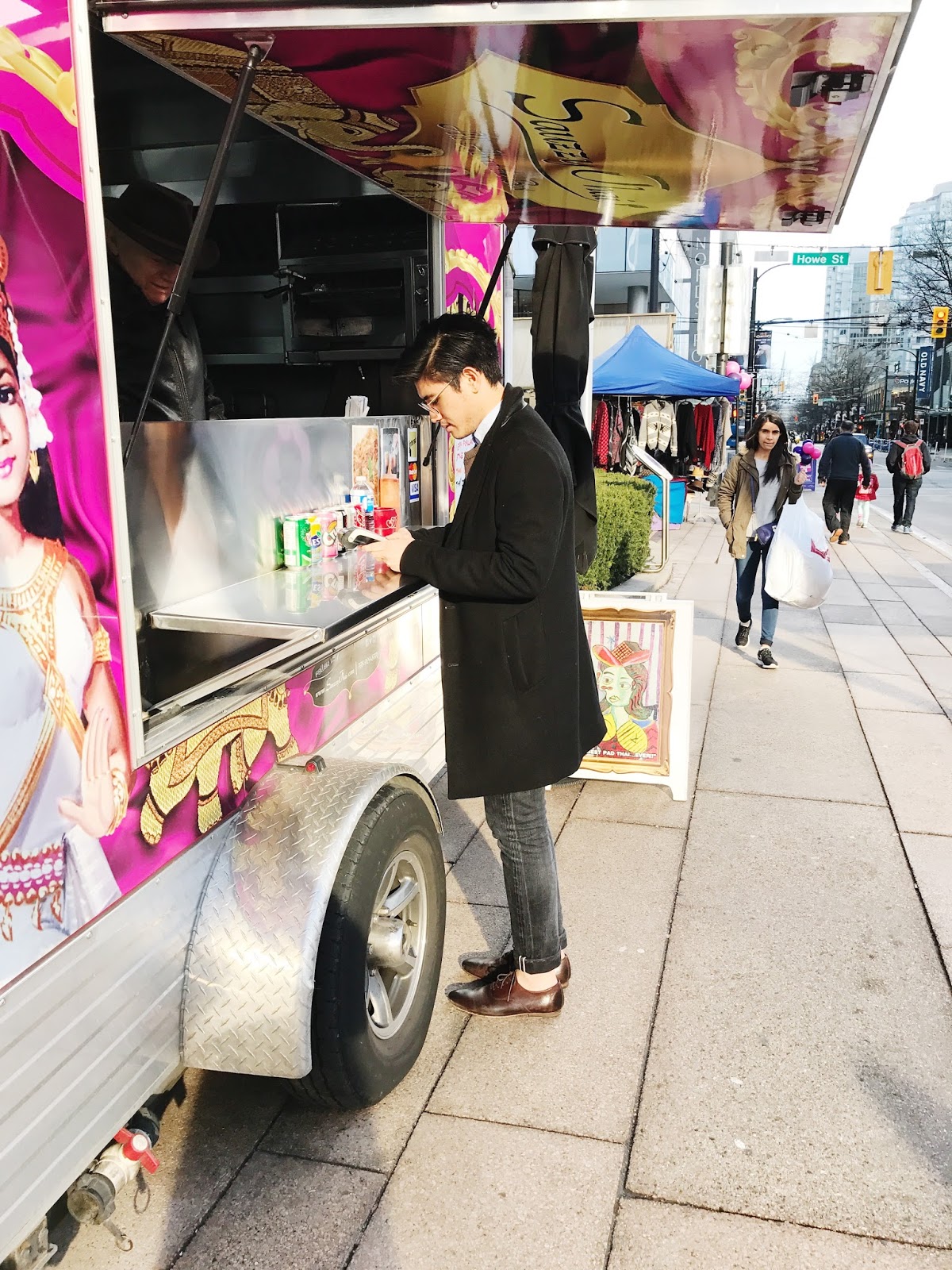 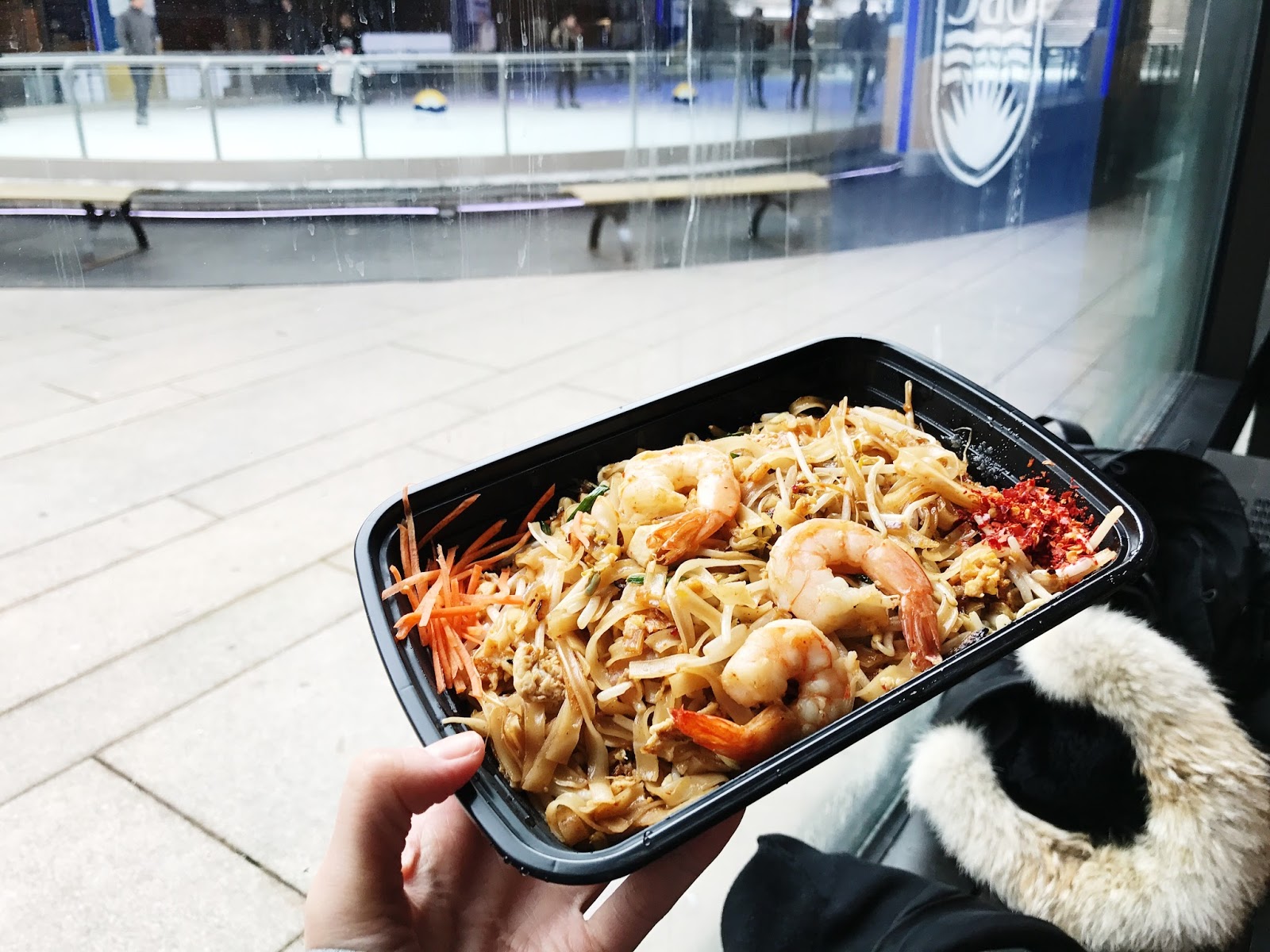 LEGIT our fave thing we tried that day. SO GUUUDD. LIKE LEGIT NO JOKE. Ya, especially considering it came out of a food truck, we were tres impressed.

The first time around, we forgot to ask for our pad thai sans peanuts (I have a peanut allergy) so it came with peanuts. They were nice enough to remake it for us, and I was glad to see that quality (and flavour) wasn't sacrificed as a result. 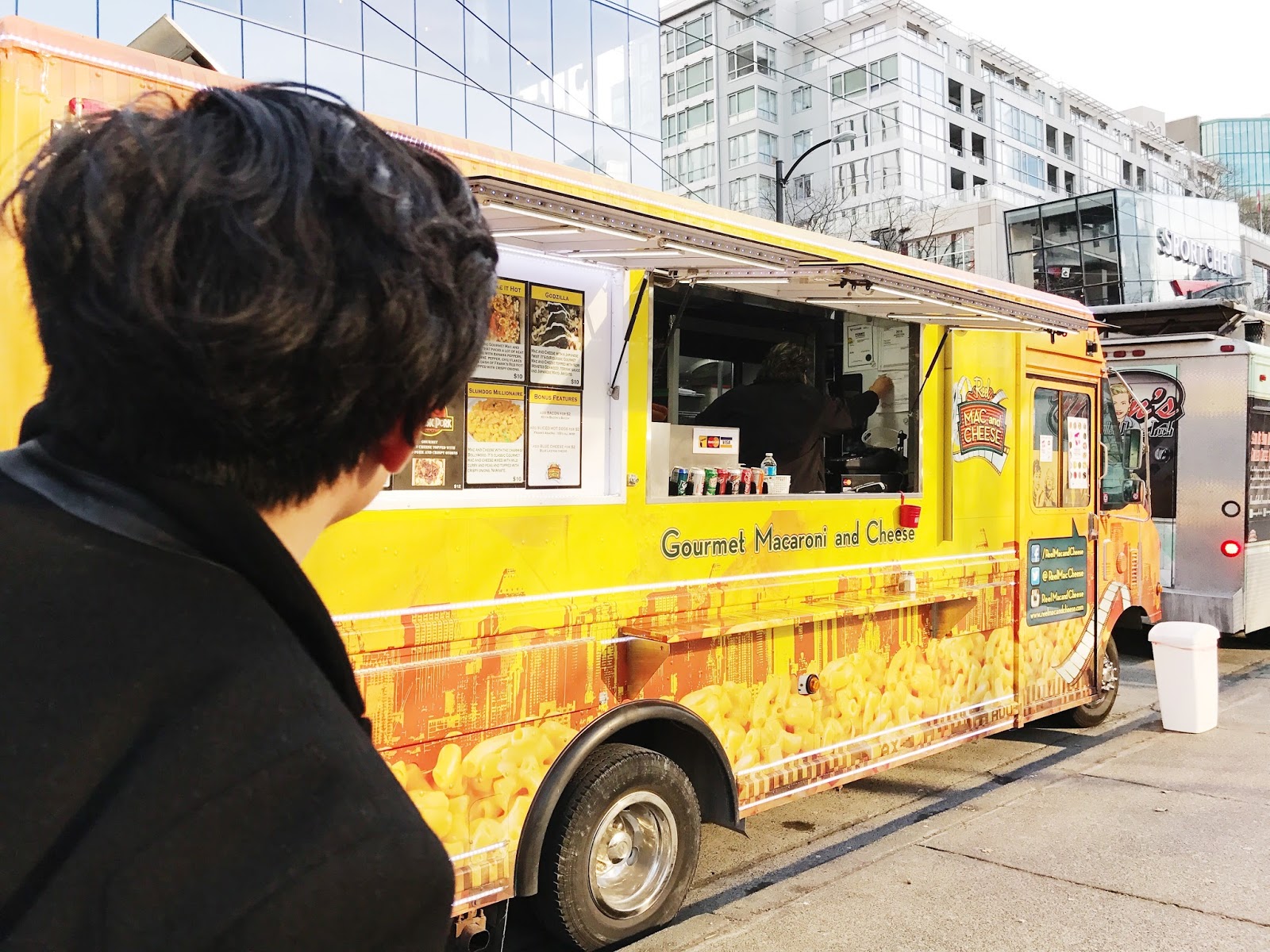 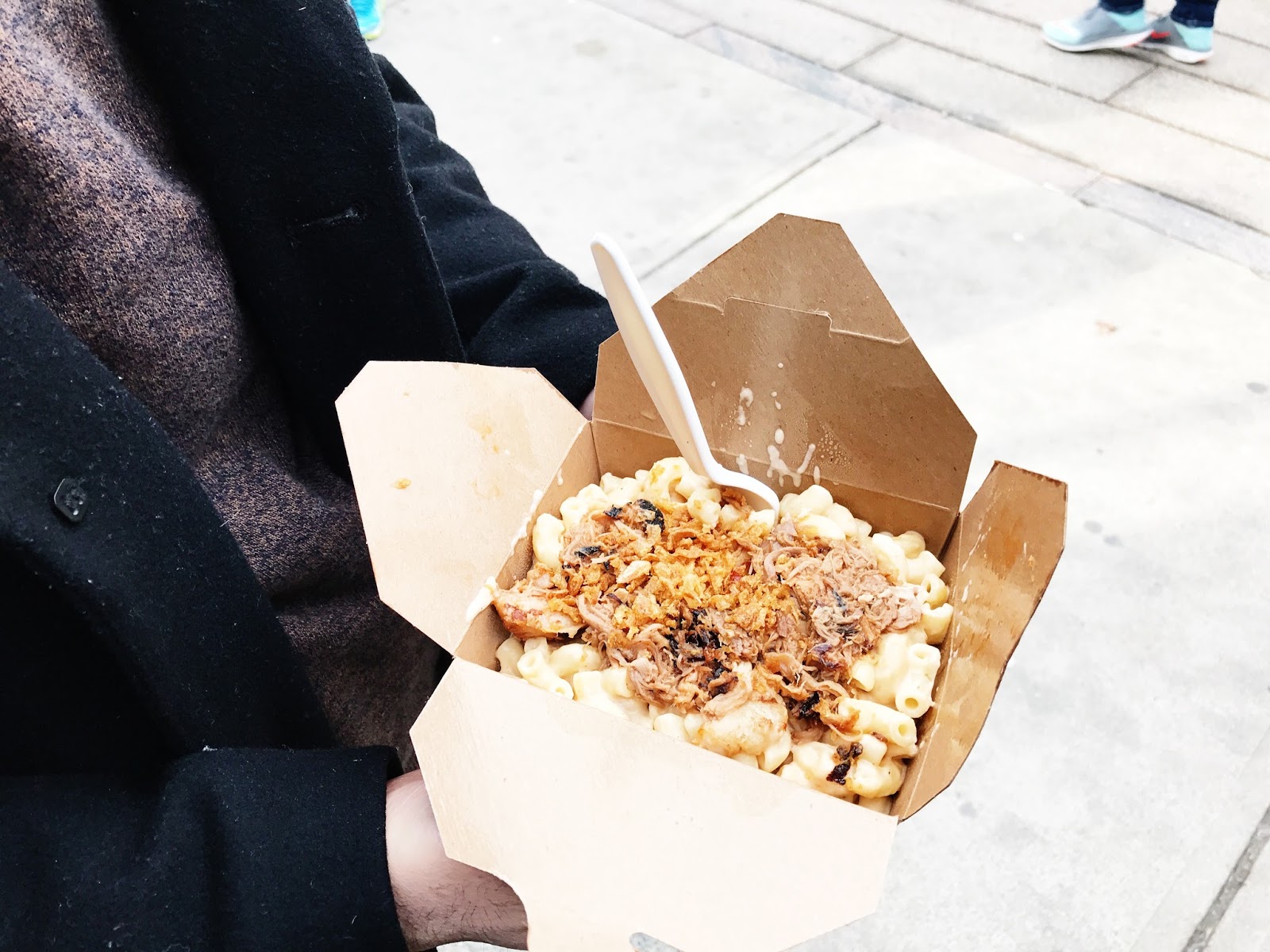 Jeremy enjoyed this, very much so. It could have been down to the fact that he was ravenous (that mac n' cheese did look pretty darn good tho.) It was substantial and creamy, with a generous amount of pulled pork to boot. 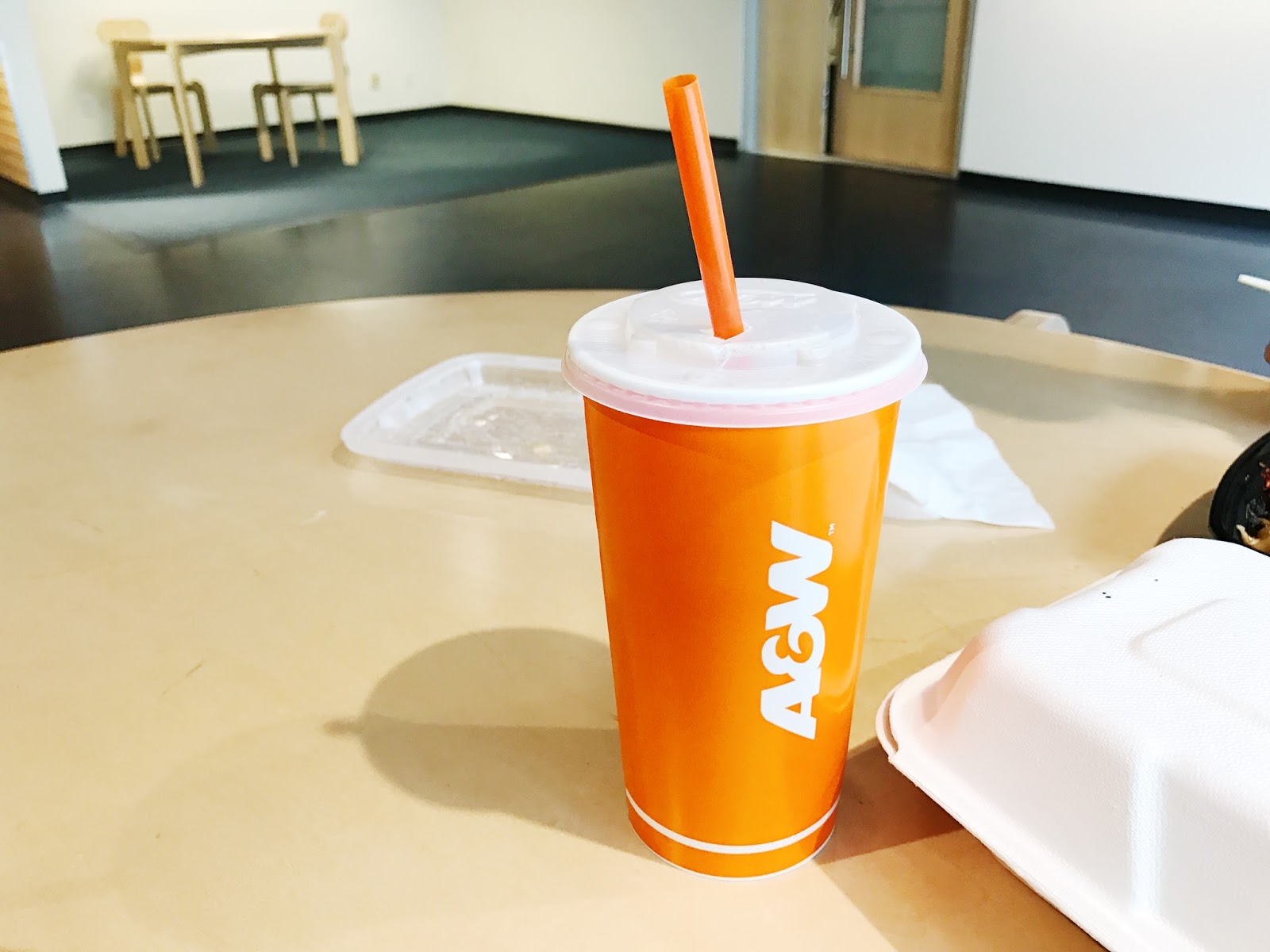 Out of all the viable options at the event, Jeremy just HAD to order an A&W root beer... 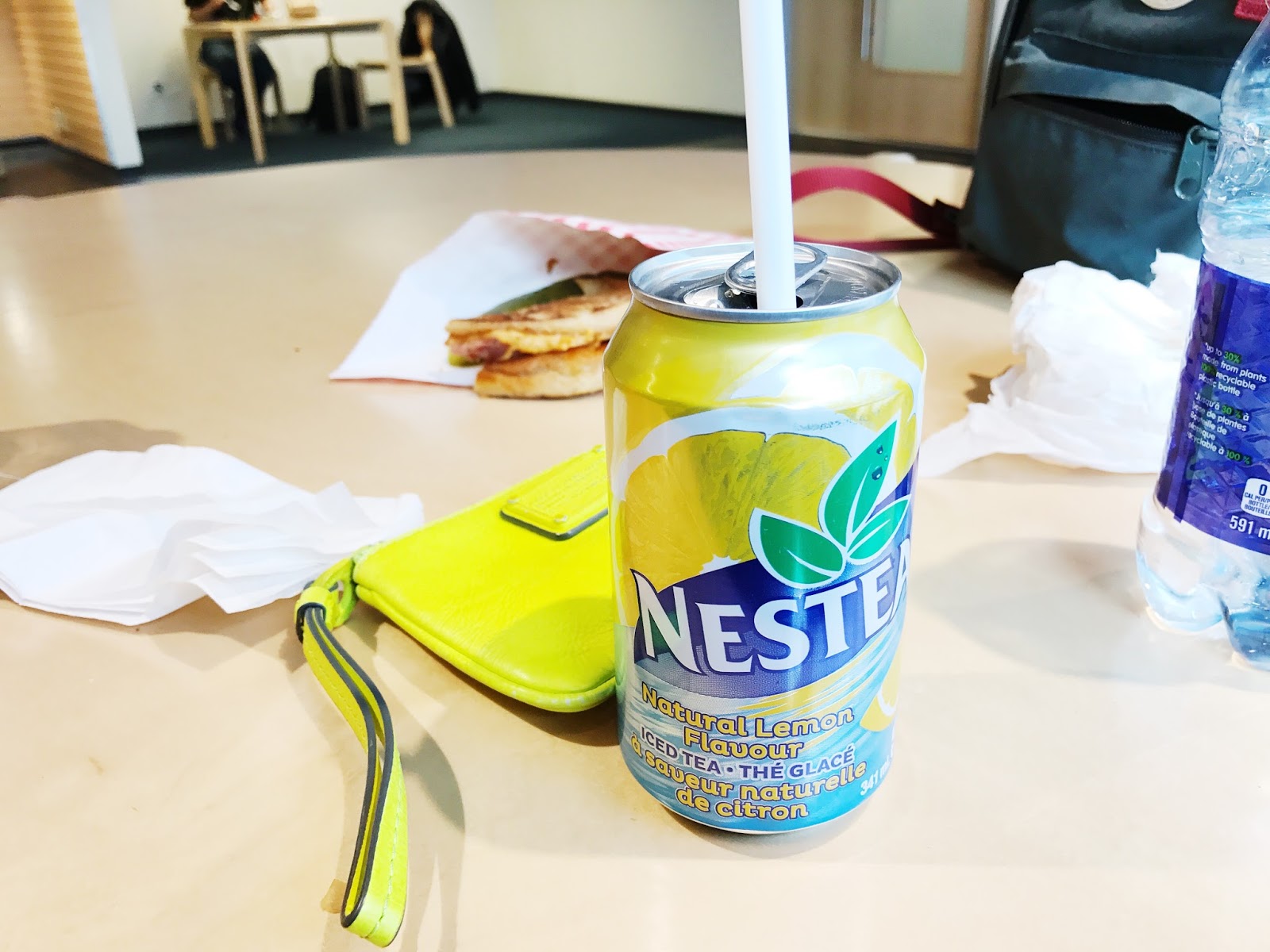 The drink that salvaged me from my state of near-death. 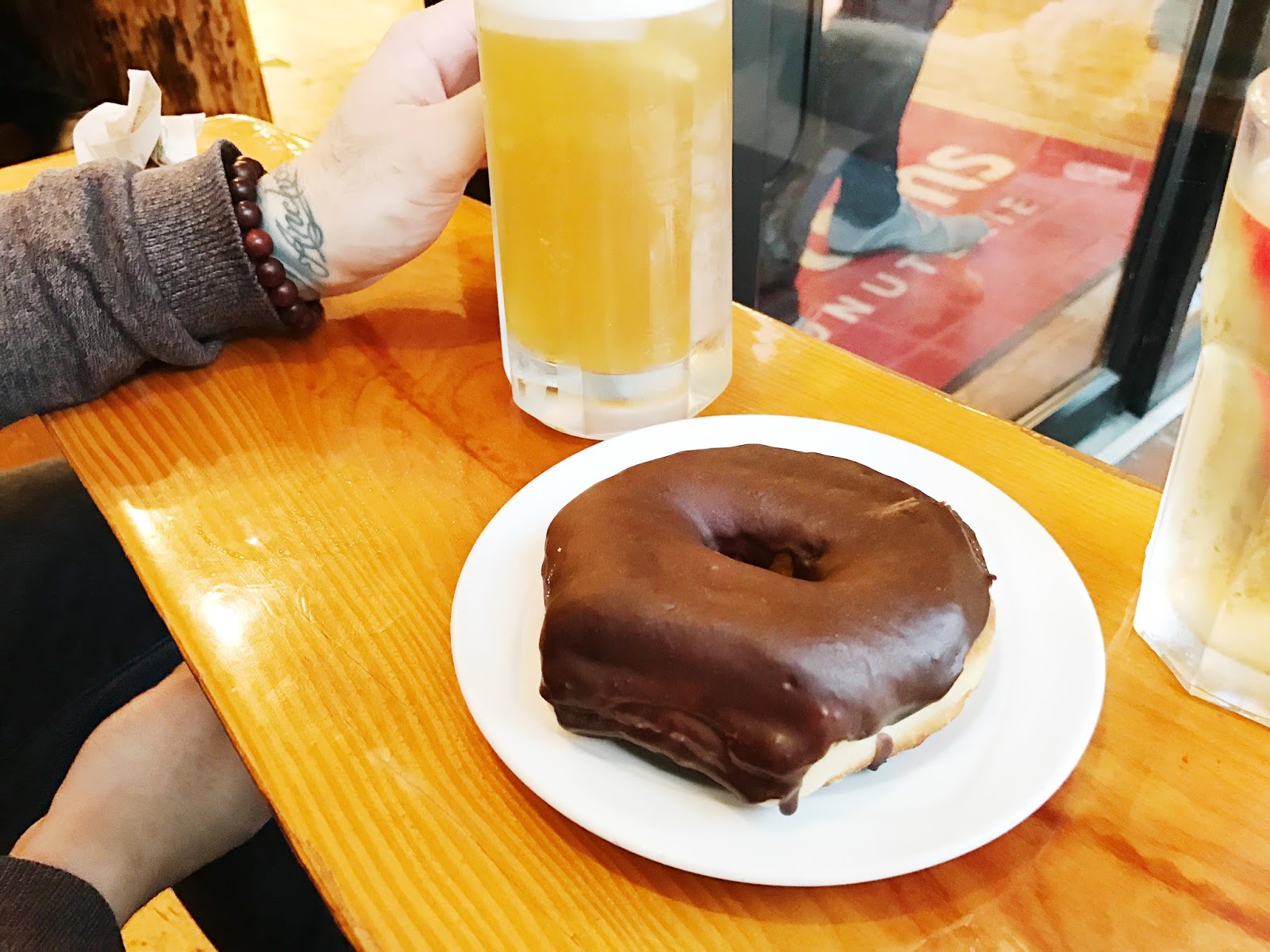 You know we had to go to Cartems after. TRADISH YOOO! 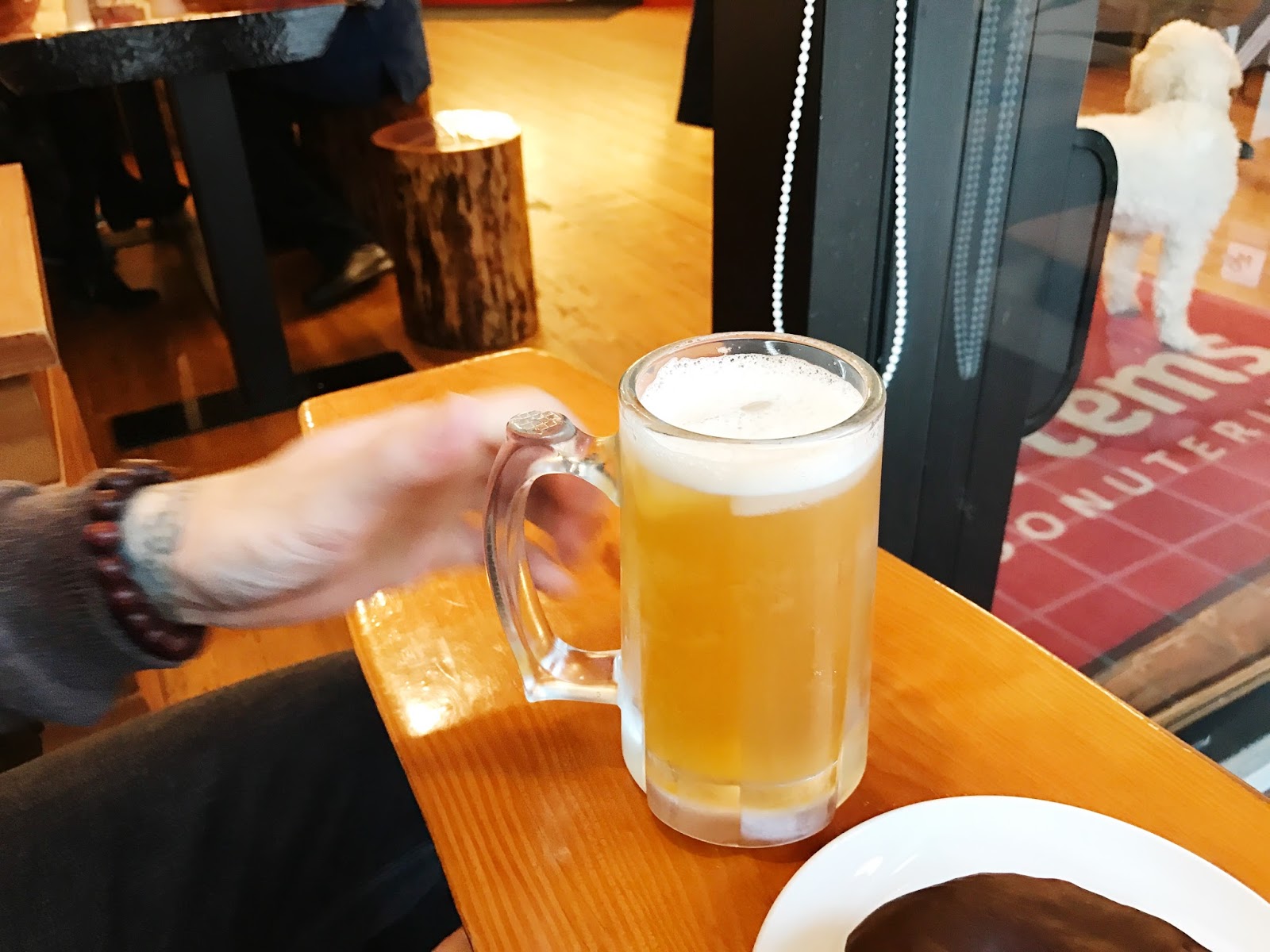 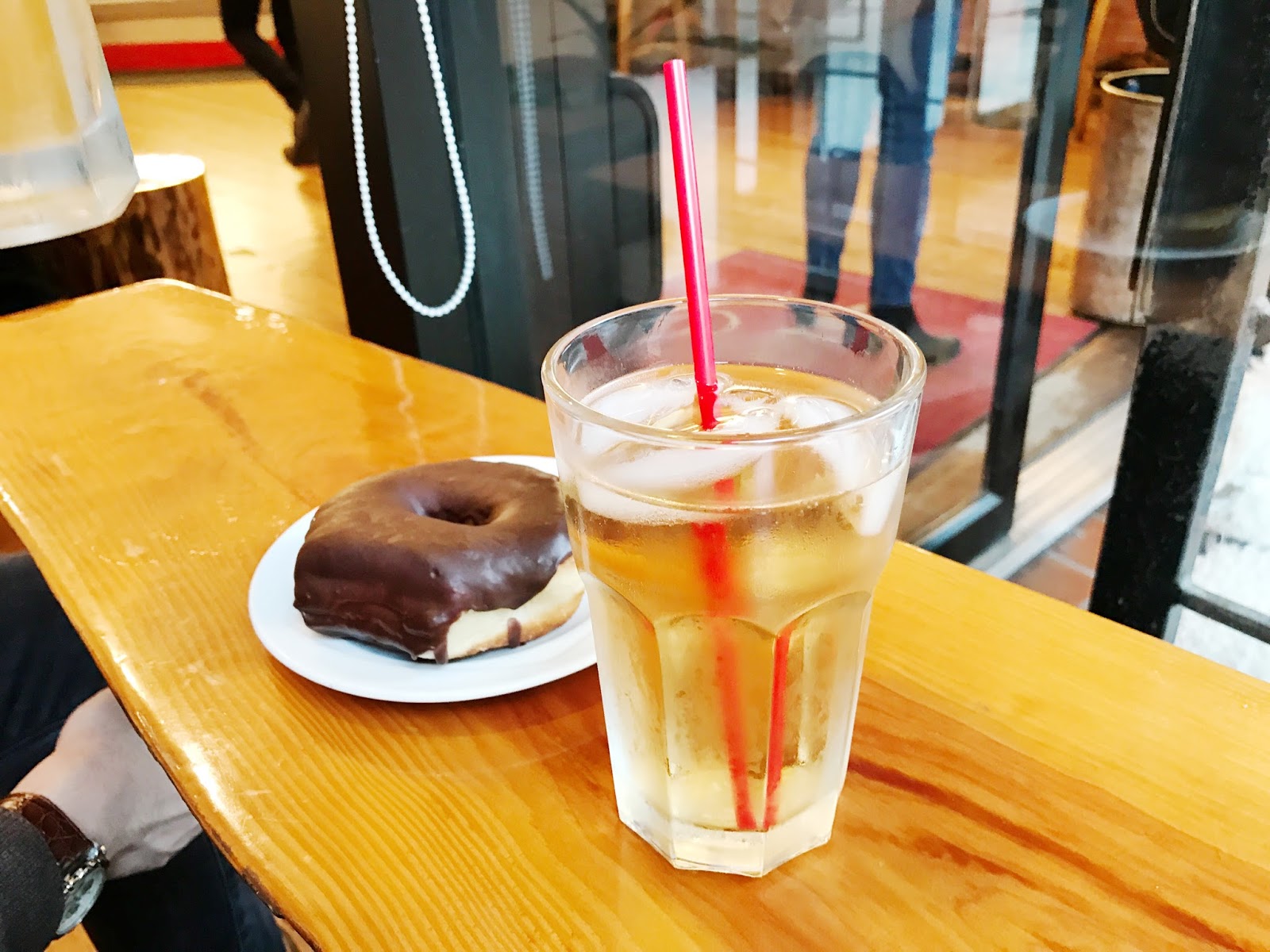 My strawberry-mint tea was similarly refreshing.

The other trucks present at the event, which I'm sure you've come across/ate at if you're familiar with Vancouver's food scene! 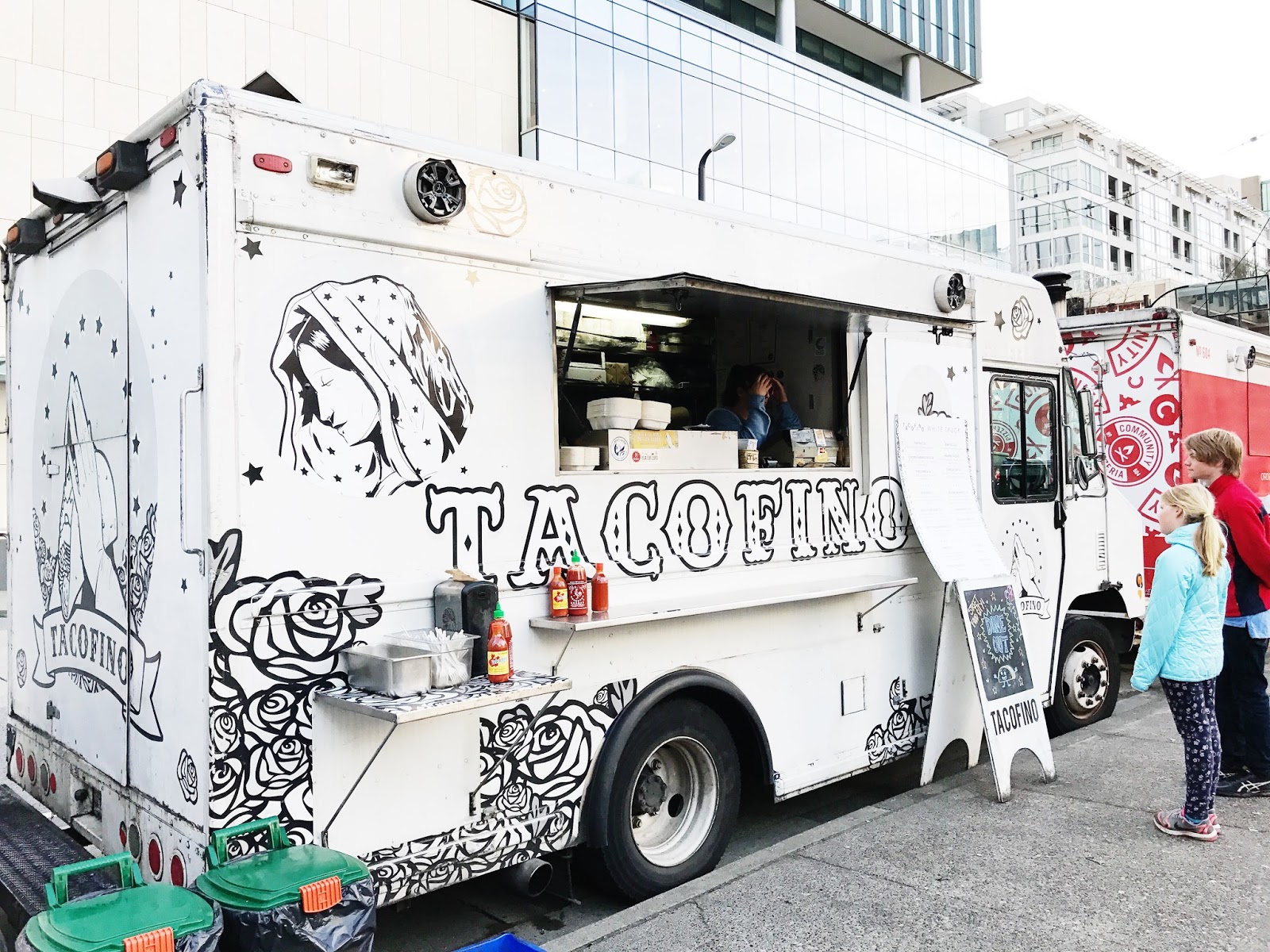 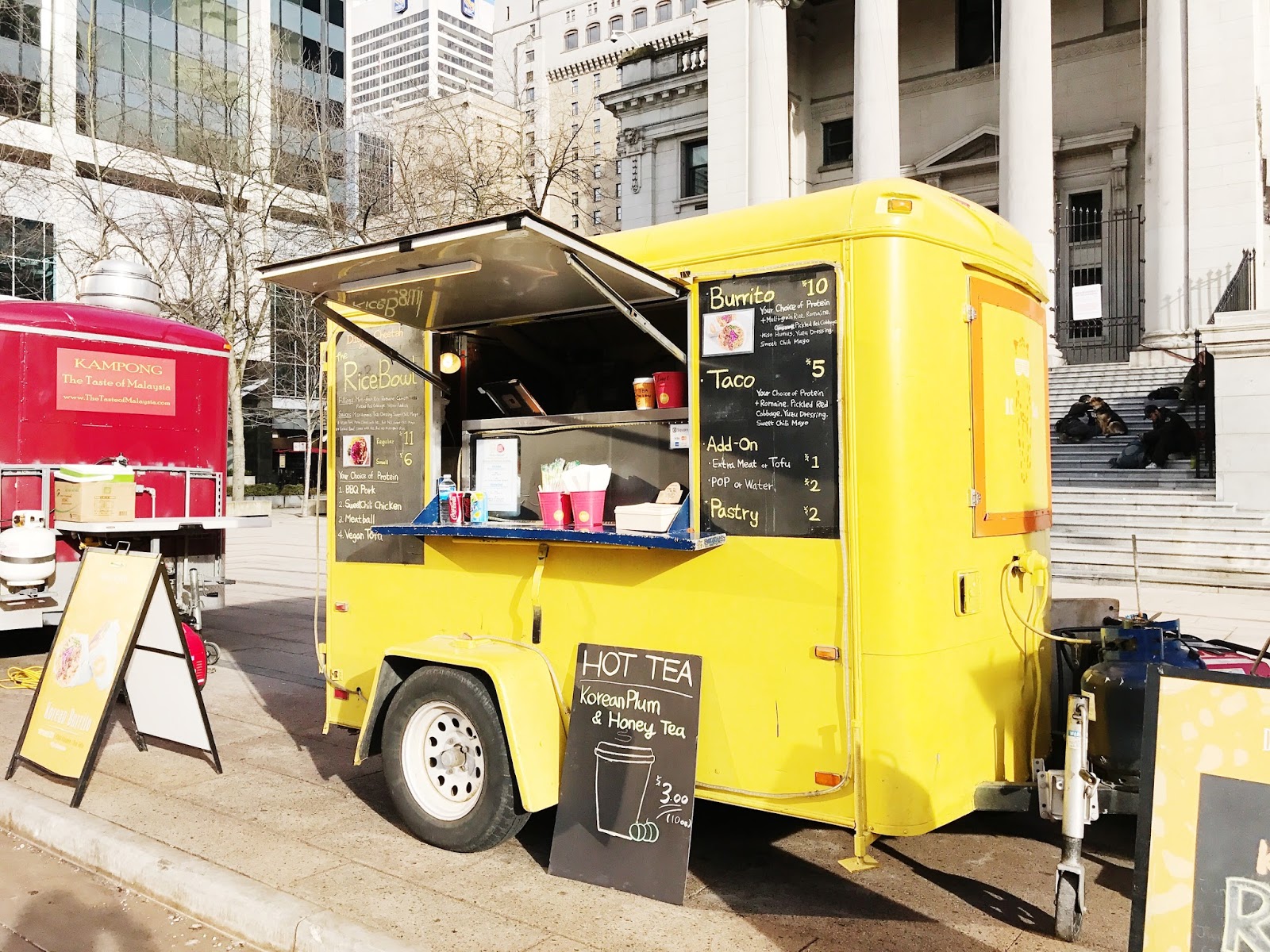 Ugh, I was SO tempted by this truck! Korean burritos yooo 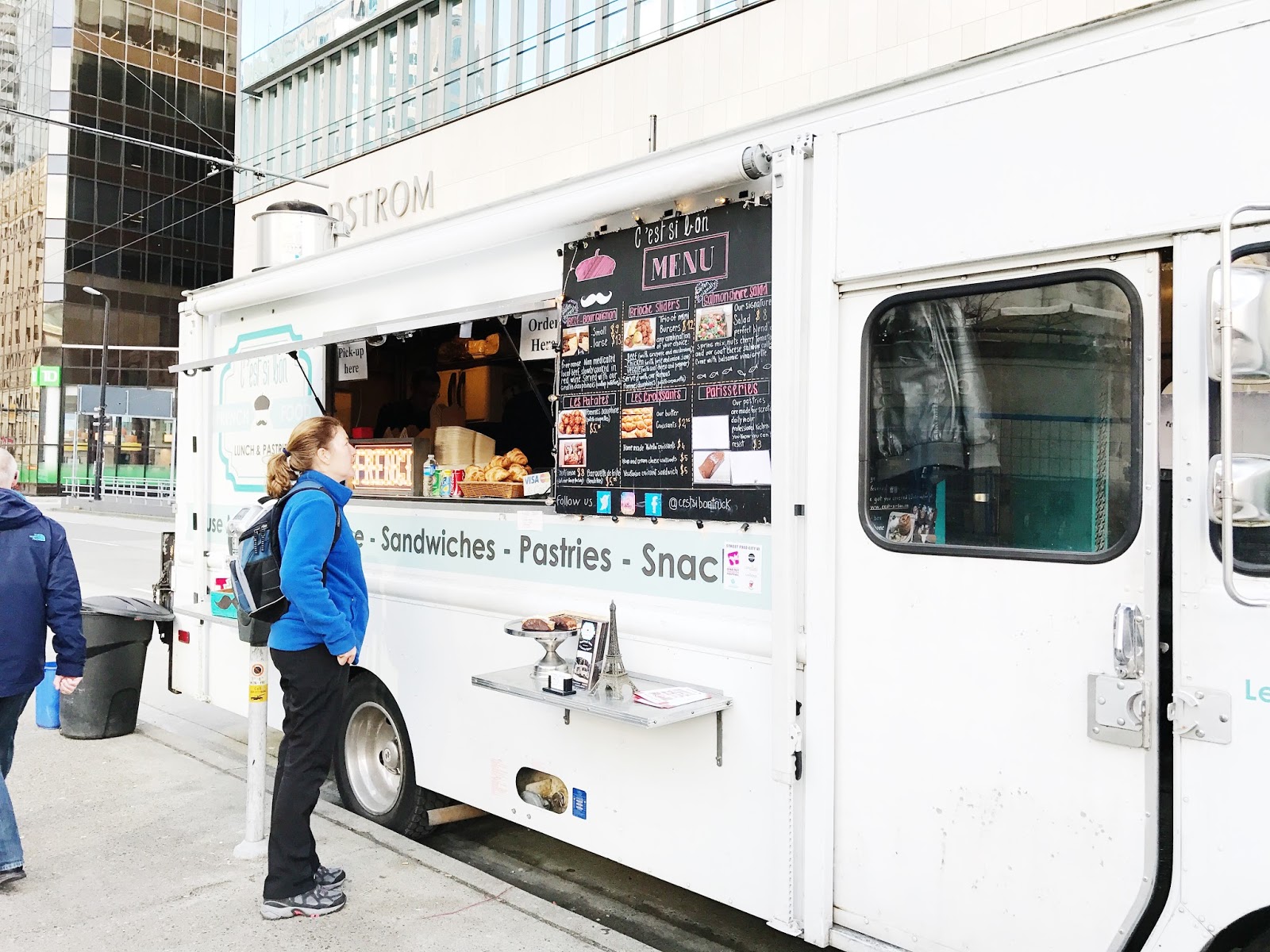 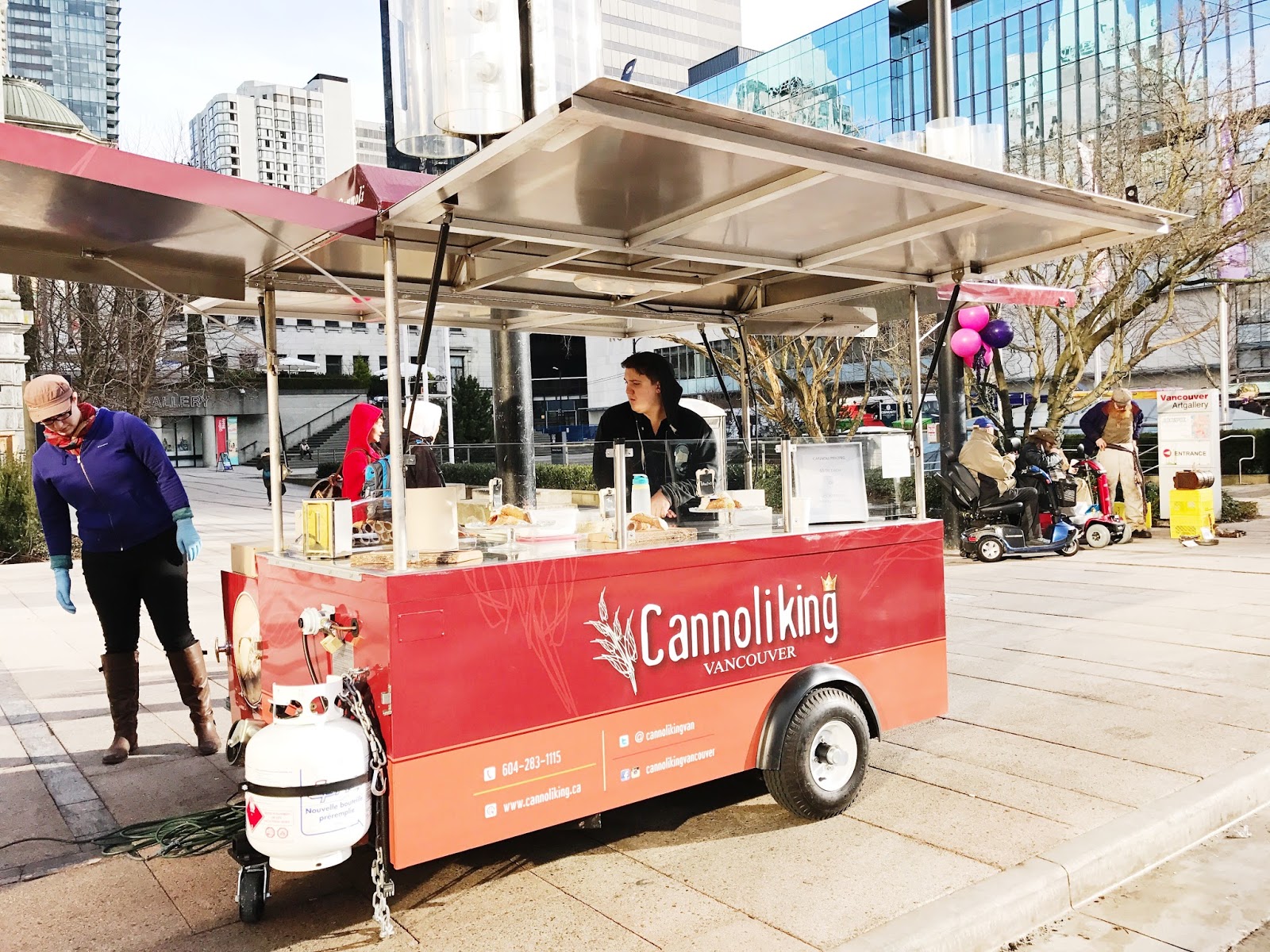 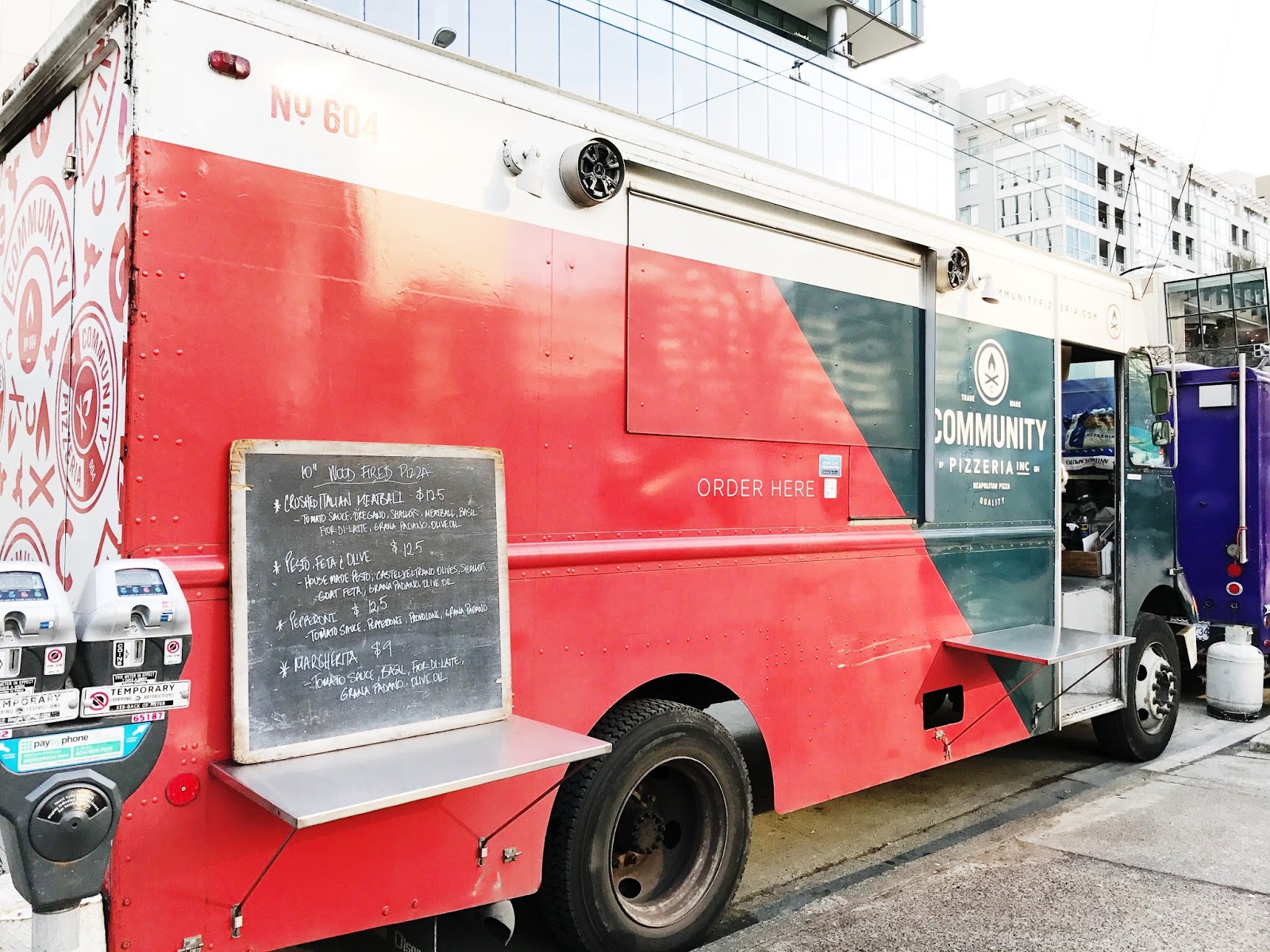