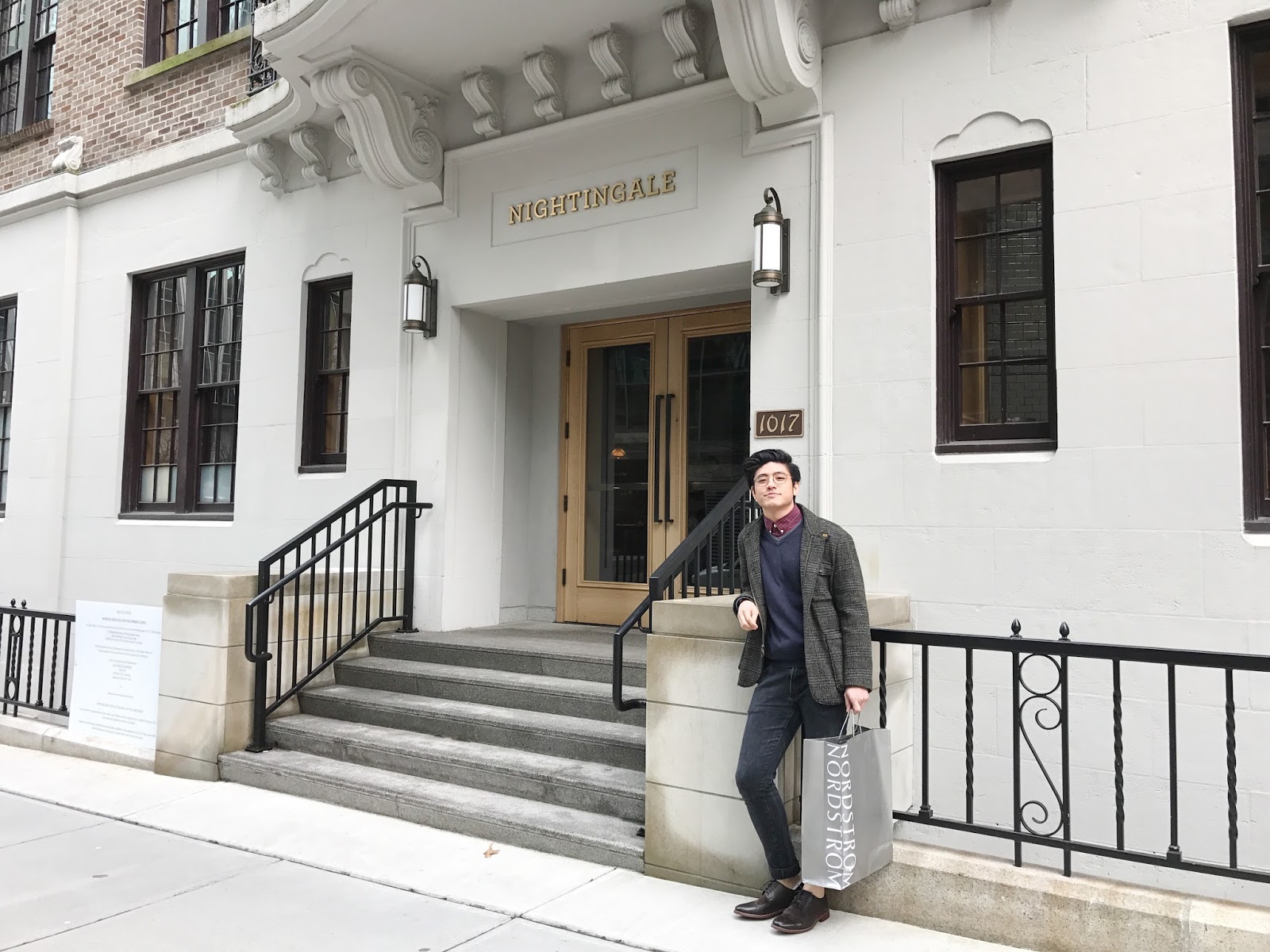 GUYS. I am SO sorry. I'm incredibly embarrassed by the fact that the last time I blogged was almost a month ago. I've just been so caught up with everything...coming back from my LA trip, moving (yes, I moved again) papers, assignments (I'm particularly stressed about my statistics course atm.) Not to mention my incessant lethargy. And that's just getting at the surface of my problems.

Overwhelmed would be an understatement.

I'm going to blog about LA soon but there's just so much to write about that it's going to take me a while to sort everything out (so bear with me for the time being.)

In the meantime, I present to you a blog post from Valentine's Day, in which we went for a celebratory brunch at Nightingale. It was an eventful day to say the least (but then again, all my days are eventful...JK JK.) 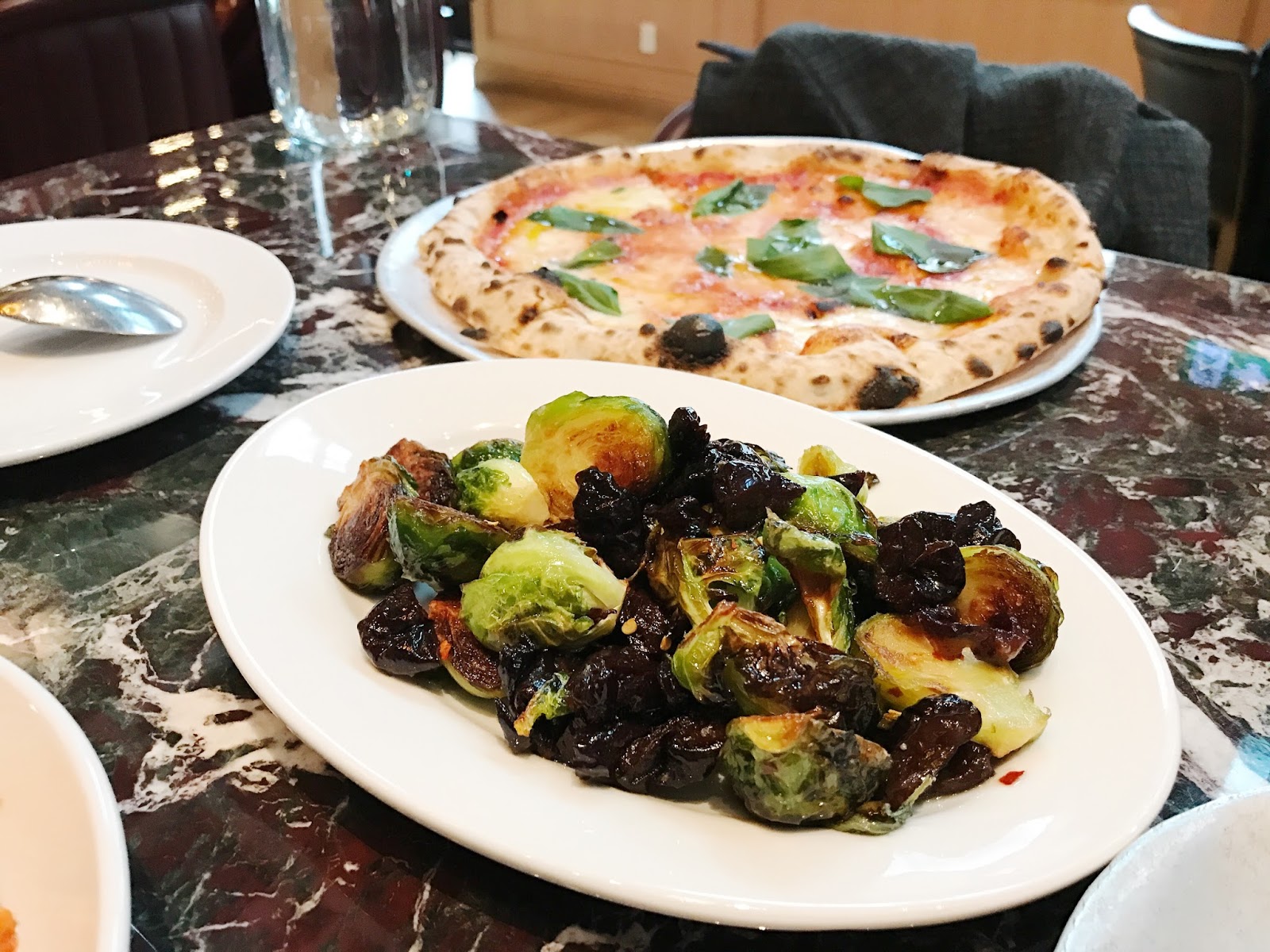 When available, brussel sprouts are definitely my go-to vegetable. And no, I did not hate them as a kid. This one was particularly divine in that it was incorporated with chardonnay vinegar and dried plum! The plum was delightfully sweet with a soft-mouth feel. 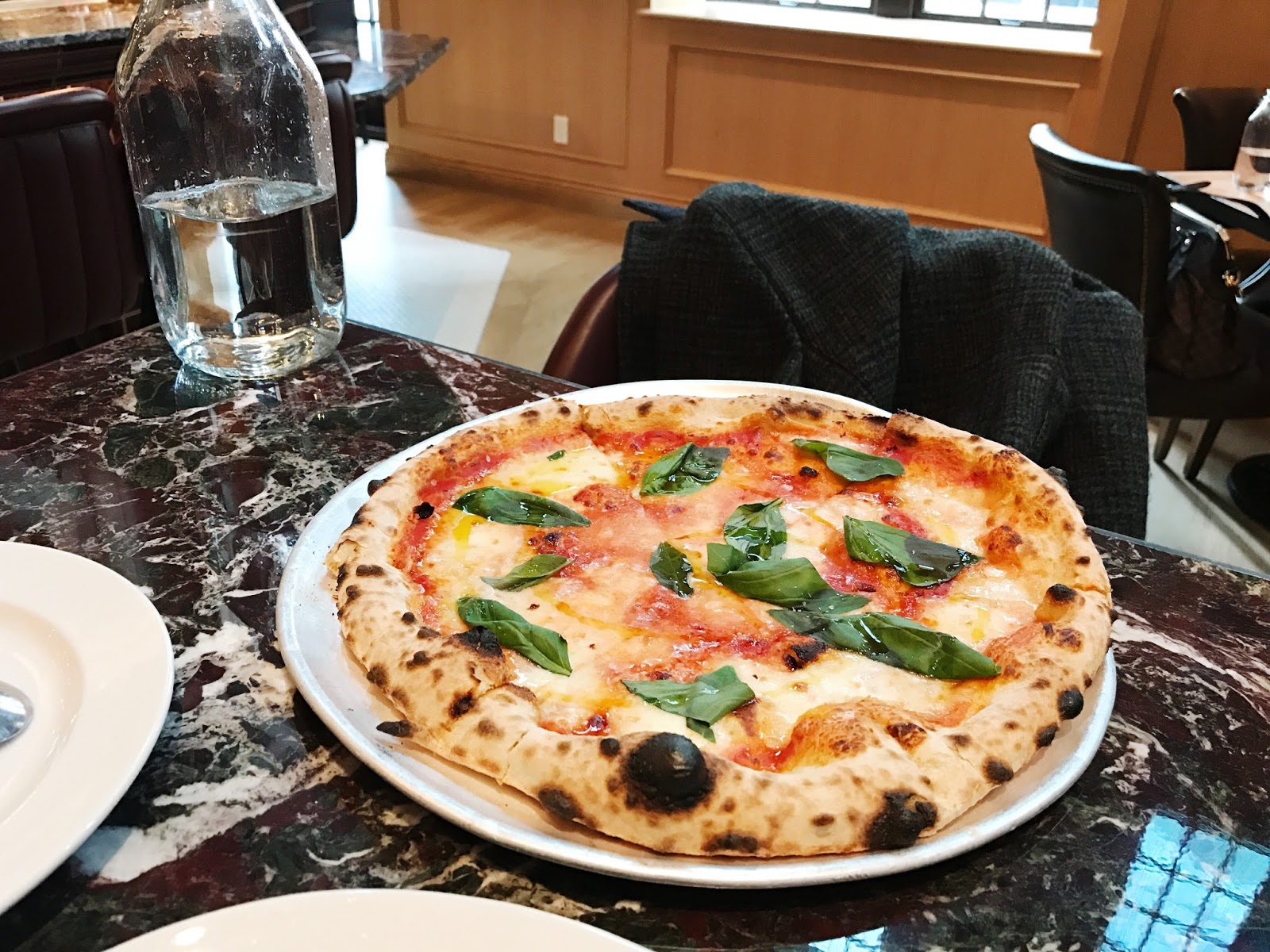 Jeremy equated this to the pizza at Mercante, OF ALL PLACES. YES, MERCHANTE AT UBC. Equating Nightingale to campus food? Really?! David Hawksworth would be greatly offended. But from what I've heard, Mercante makes a pretty mean pie (so who am I to judge.) 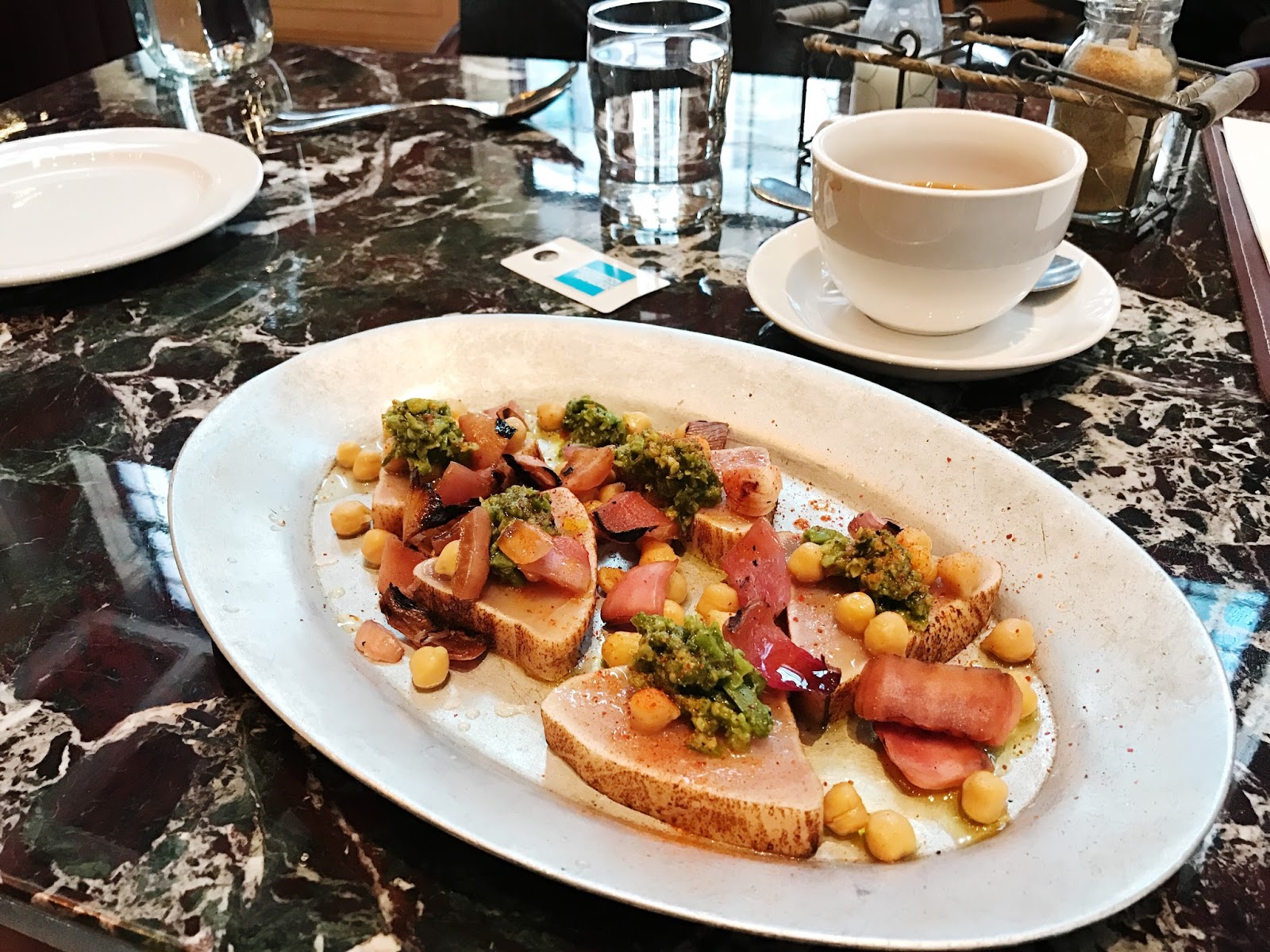 I went for the seared albacore tuna as my main, because it was the only thing on the menu that was identifiably gluten-free. Being that Nightingale doesn't accept any modifications (my guess would be that they want to preserve the integrity of their dishes.) 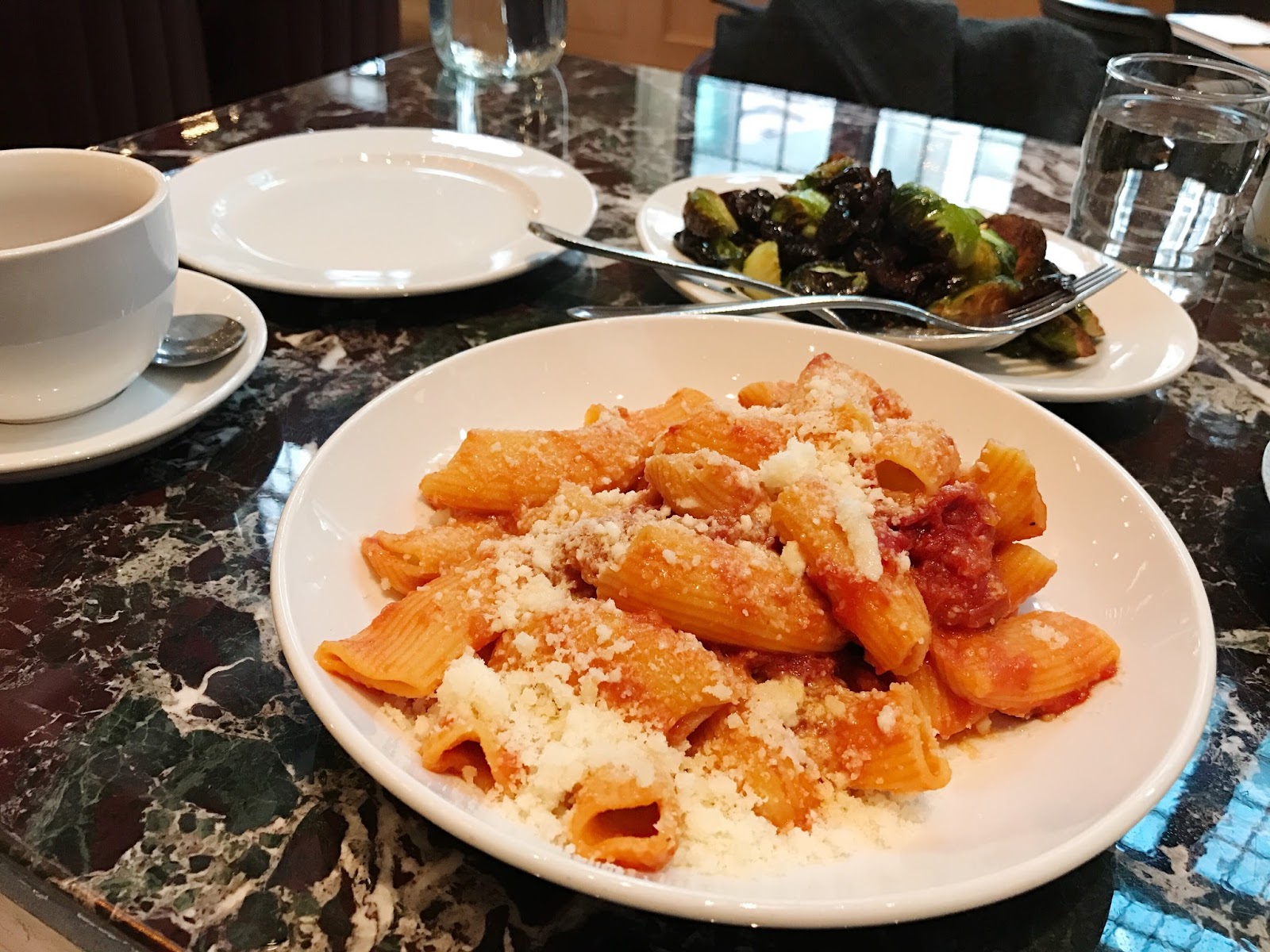 They were definitely heavy handed with the cheese on this one (and the rigatoni as well.) The portion size was surprisingly large, and the pieces of rigatoni were quite massive in size. This looked (and smelled) absolutely tantalizing (I would imagine it to be worth the calories.) 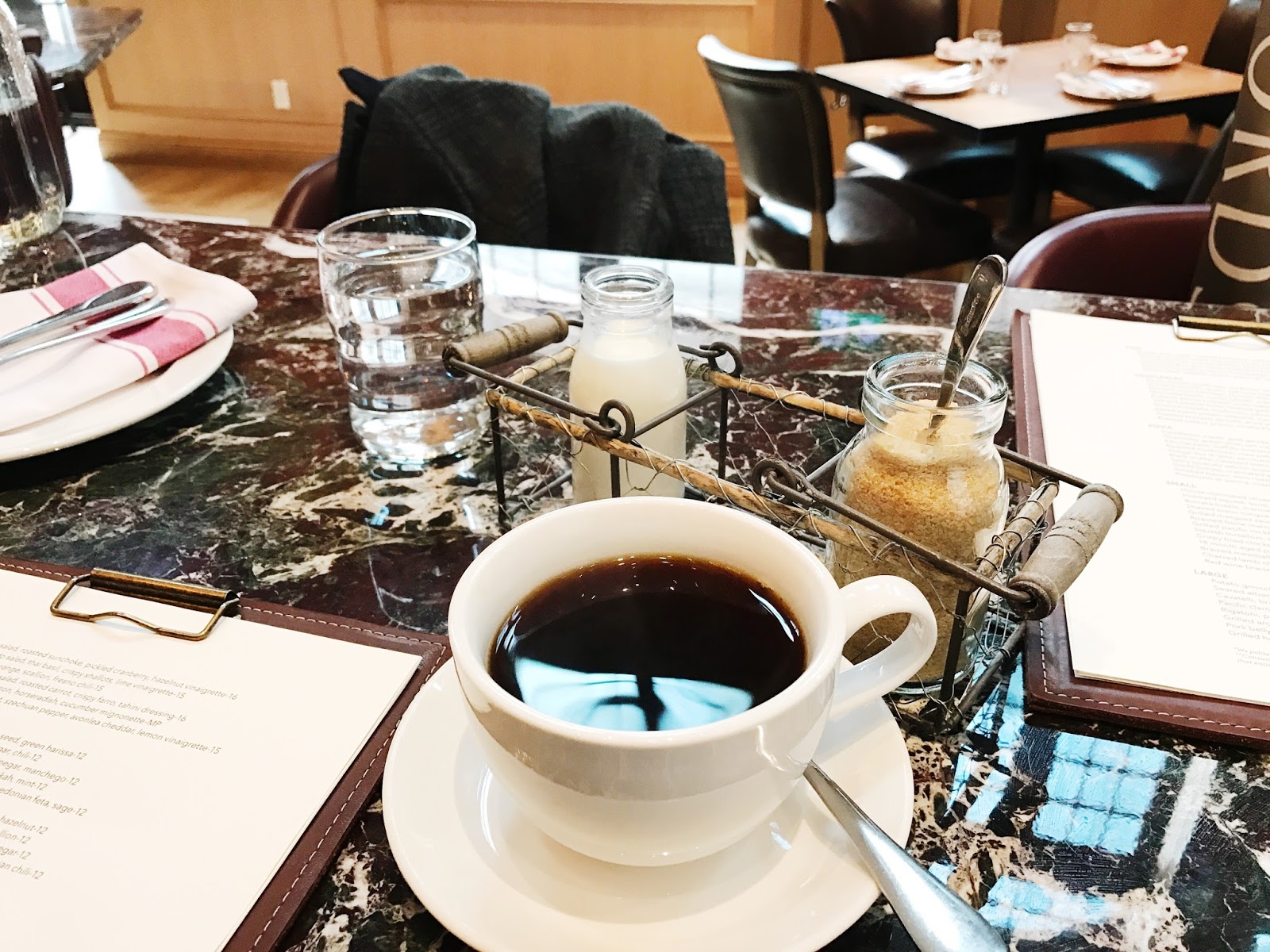 Coffee and the cute little milk jar it came with! 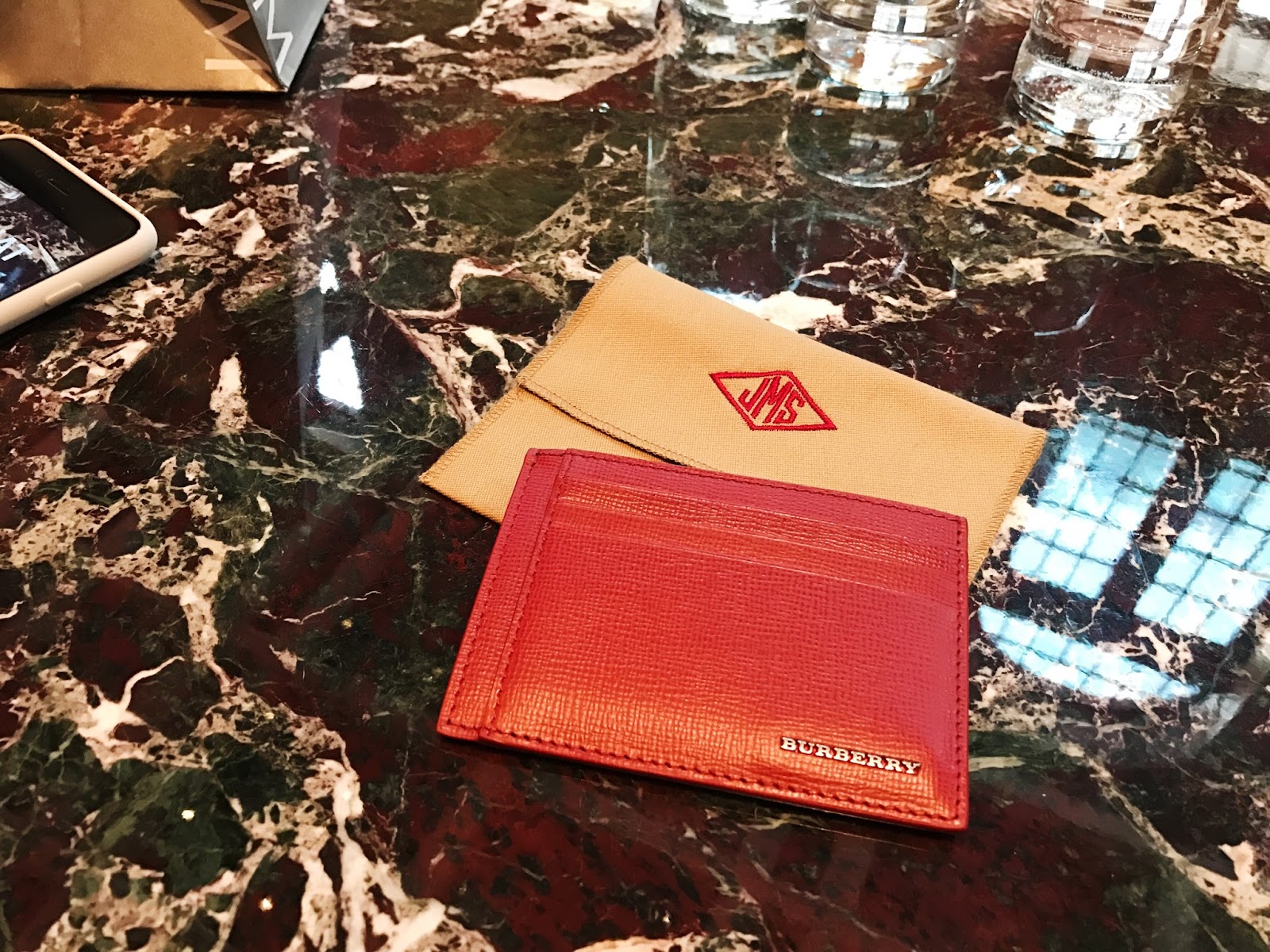 We ended off the meal on a high note, with a Valentine's Day gift exchange!
MY PREZZIE TO JEREMY (I got the pouch monogrammed with his initials!) 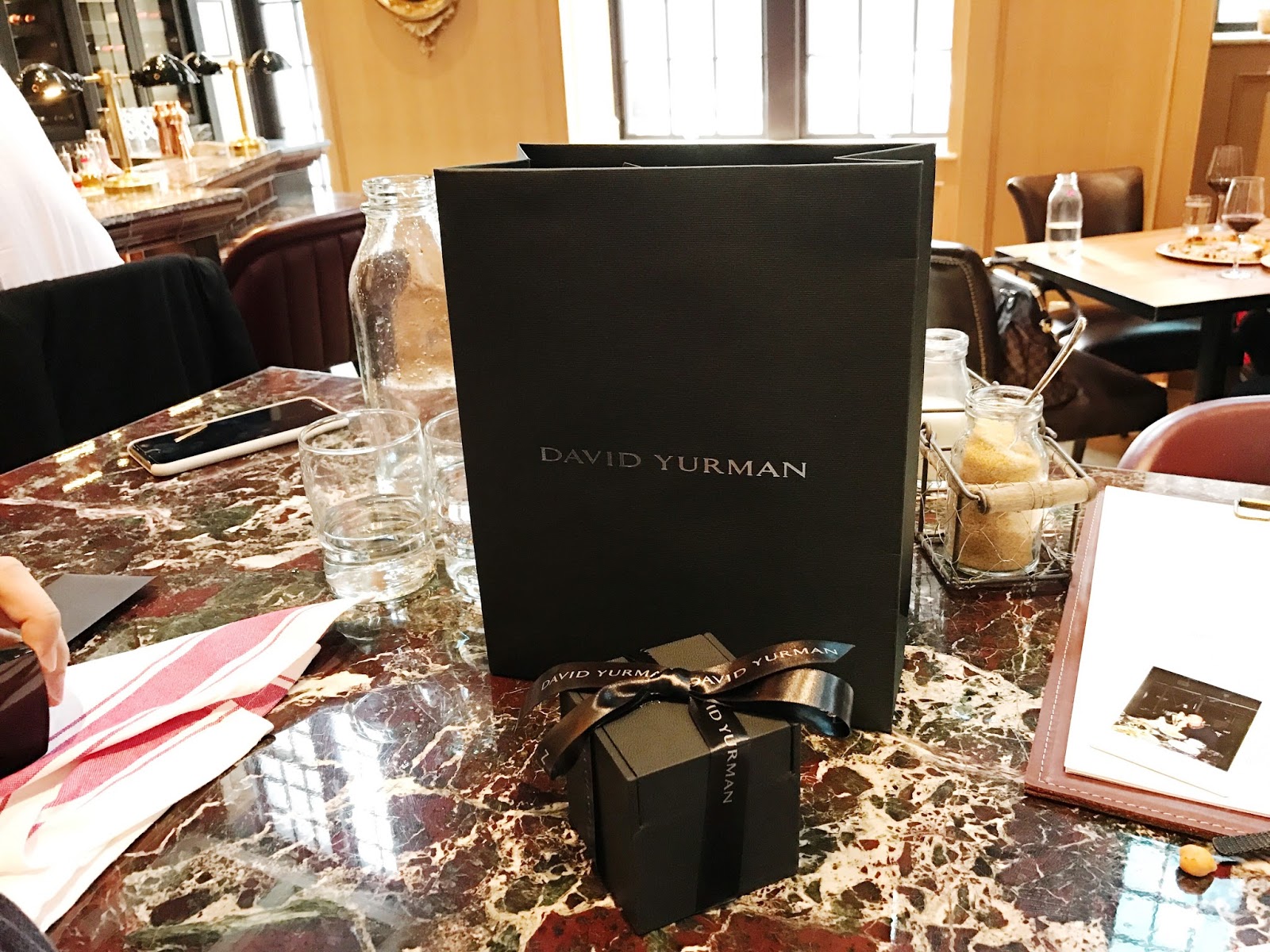 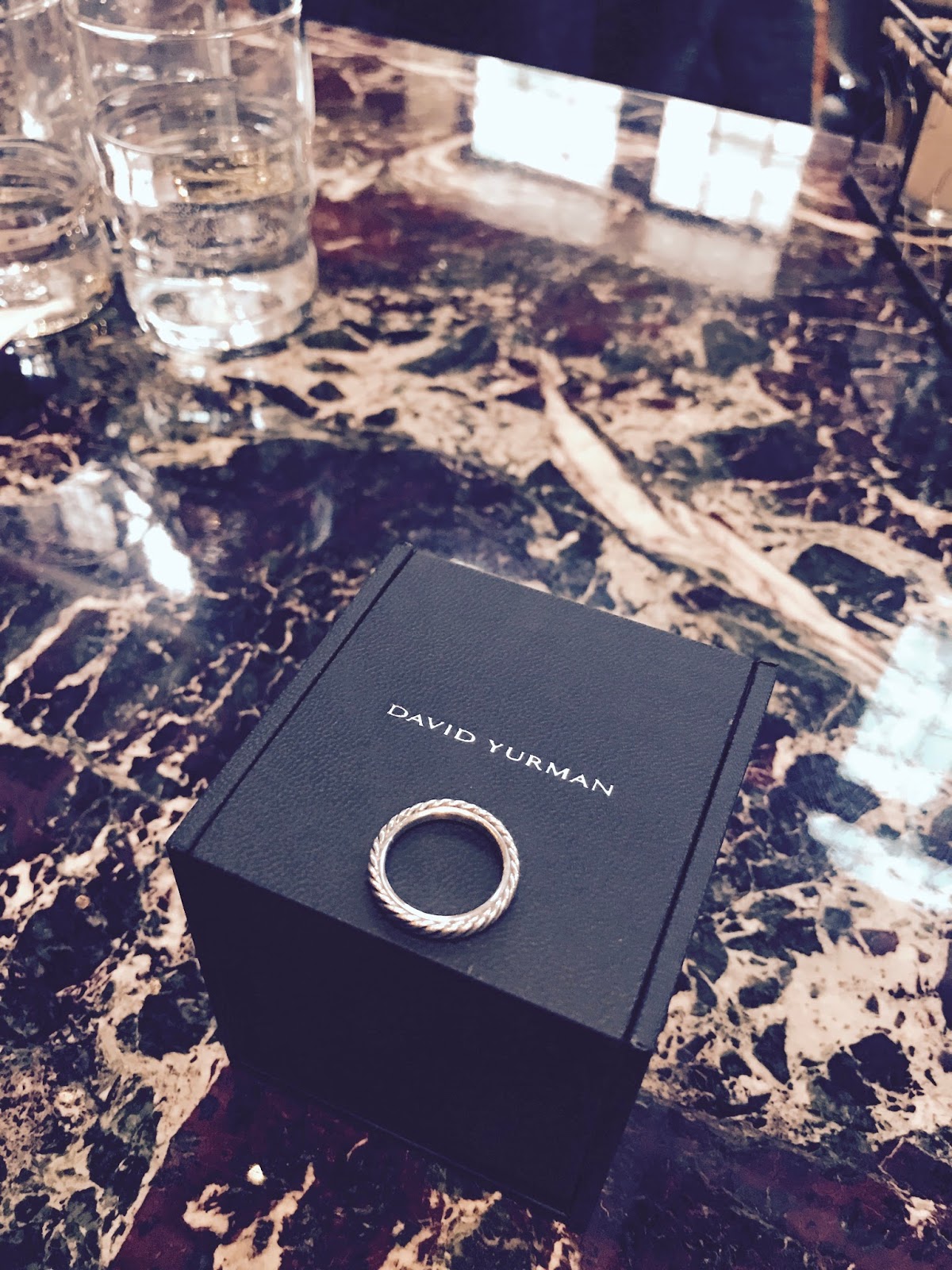 THE BOY DID GOOOOOD. 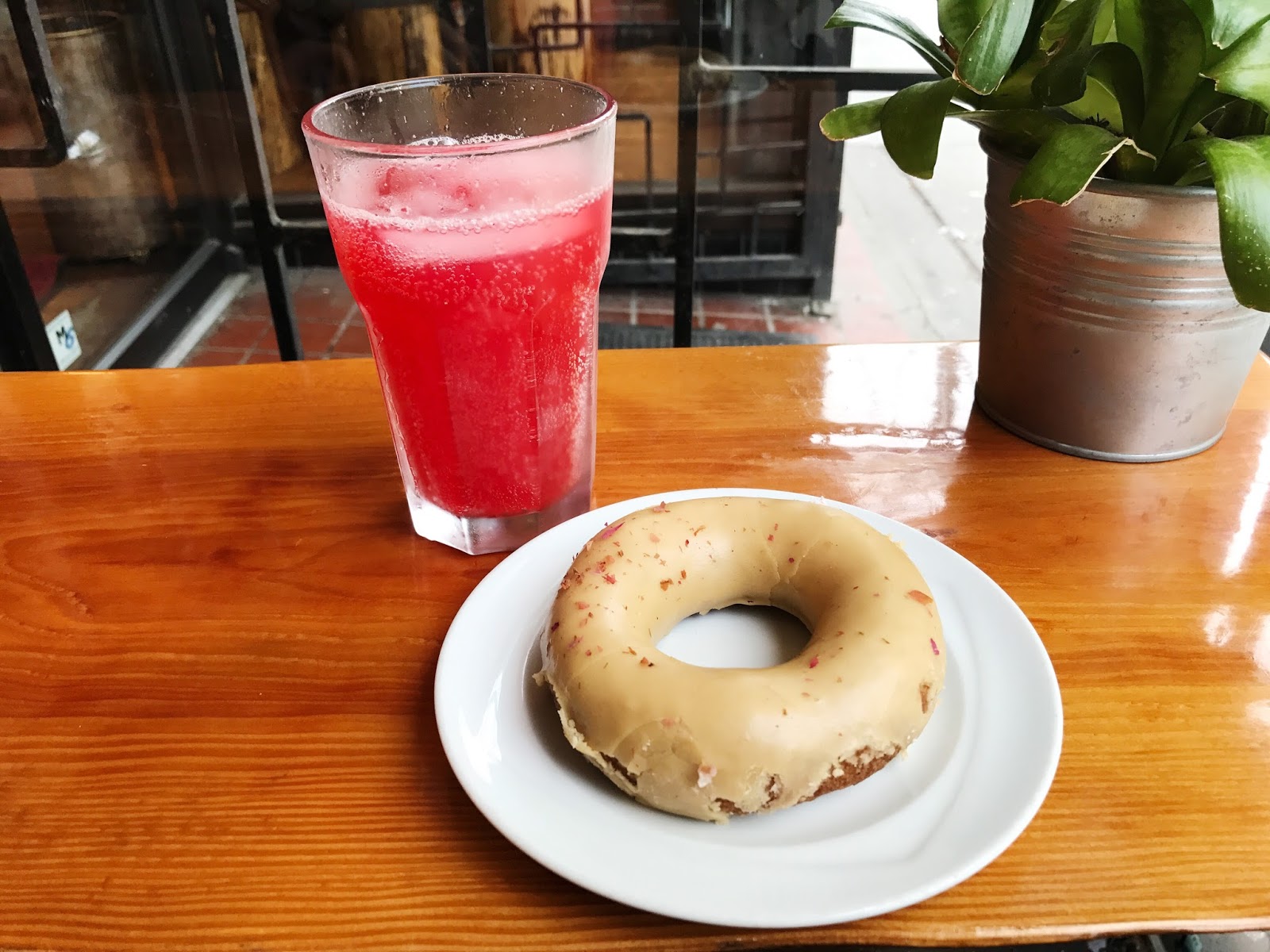 Then we went for an obligatory Cartems after (you know how we dooo.) With a side of their house made Calamansi Soda to boot!

This is how the rest of our day unfolded: 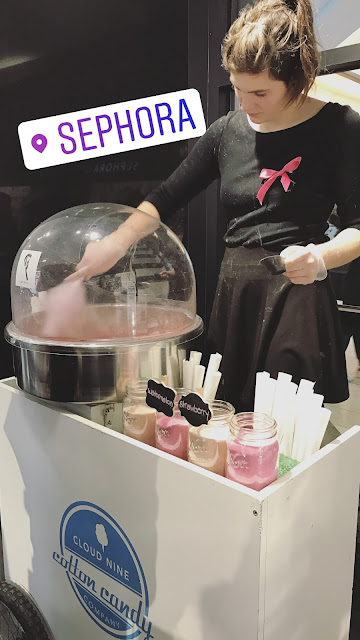 They were spinning free cotton candy at Sephora!! So we obviously had to get some. 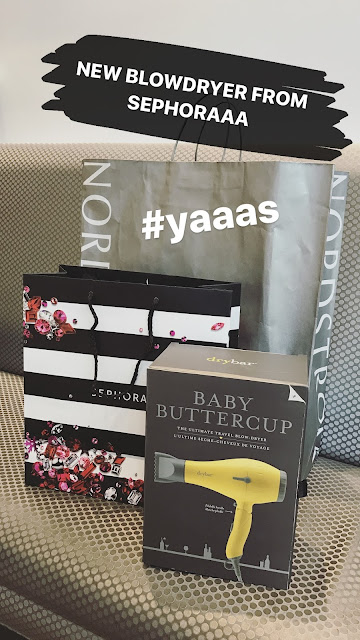 My trusty ol' T3 Featherlight died on me :'( 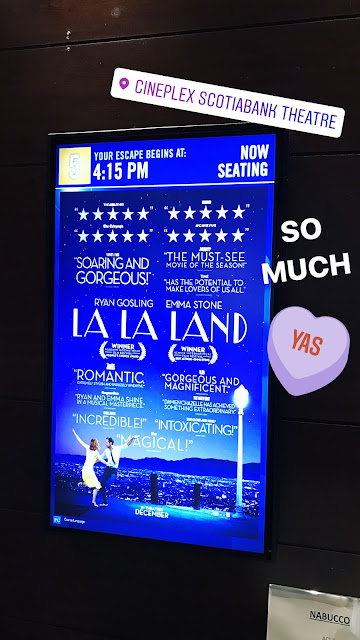 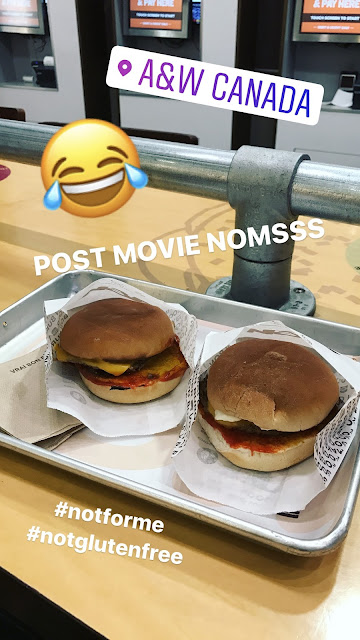 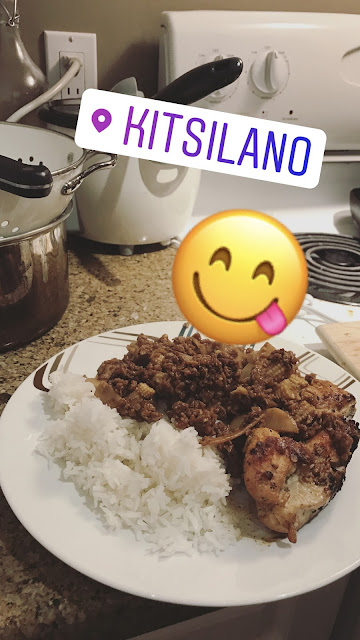 Dindin back at home!