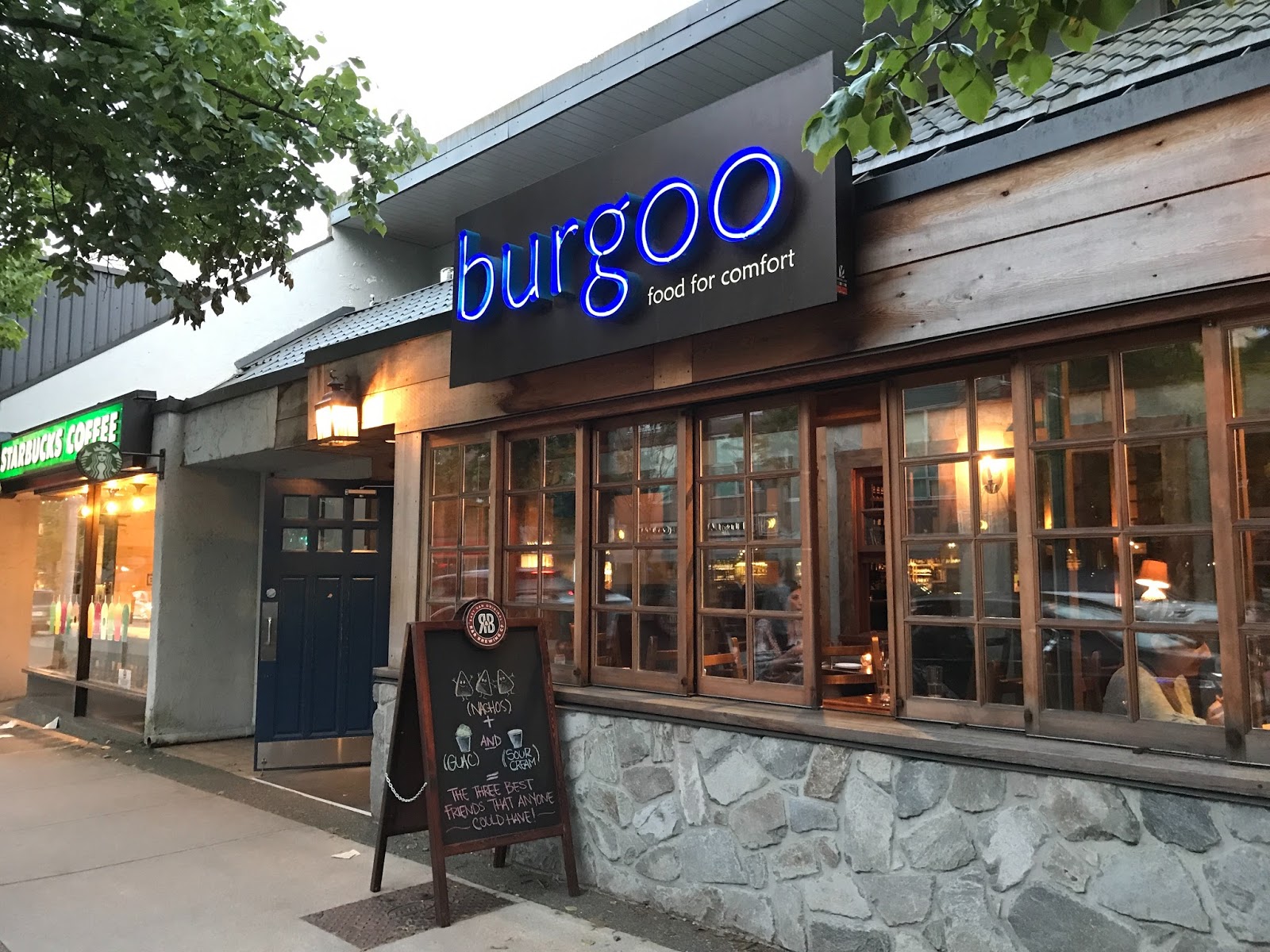 I've lived along West 4th for 7 months now...how is it that I'm only getting around to trying Burgoo now? Especially considering the fact that I go to Whole Foods Kits almost every single day (which is right across the street from Burgoo.)

I don't know...nowadays I'm more hesitant on spending more than $30 on a single meal...living on my own has definitely made me more money-conscious. I've been trying to keep my meals under the $20 mark (and for the most part, it's been working.)

Anyways, Jeremy works at Whole Foods now (behind the prepared foods counter if you want to stalk him) so post-work we decided to hit up Burgoo for some much-deserved nachos! (Not going to lie...we were lured in by the sign at the front.)

On a random note: on Sunday I'm going on a day trip to Mission and Hope with my mom! It's hosted by one of those Chinese tour groups you see advertised in Crystal Mall and whatnot...tour bus and all (lol.) If it's worth blogging about I'll definitely do a post on it! 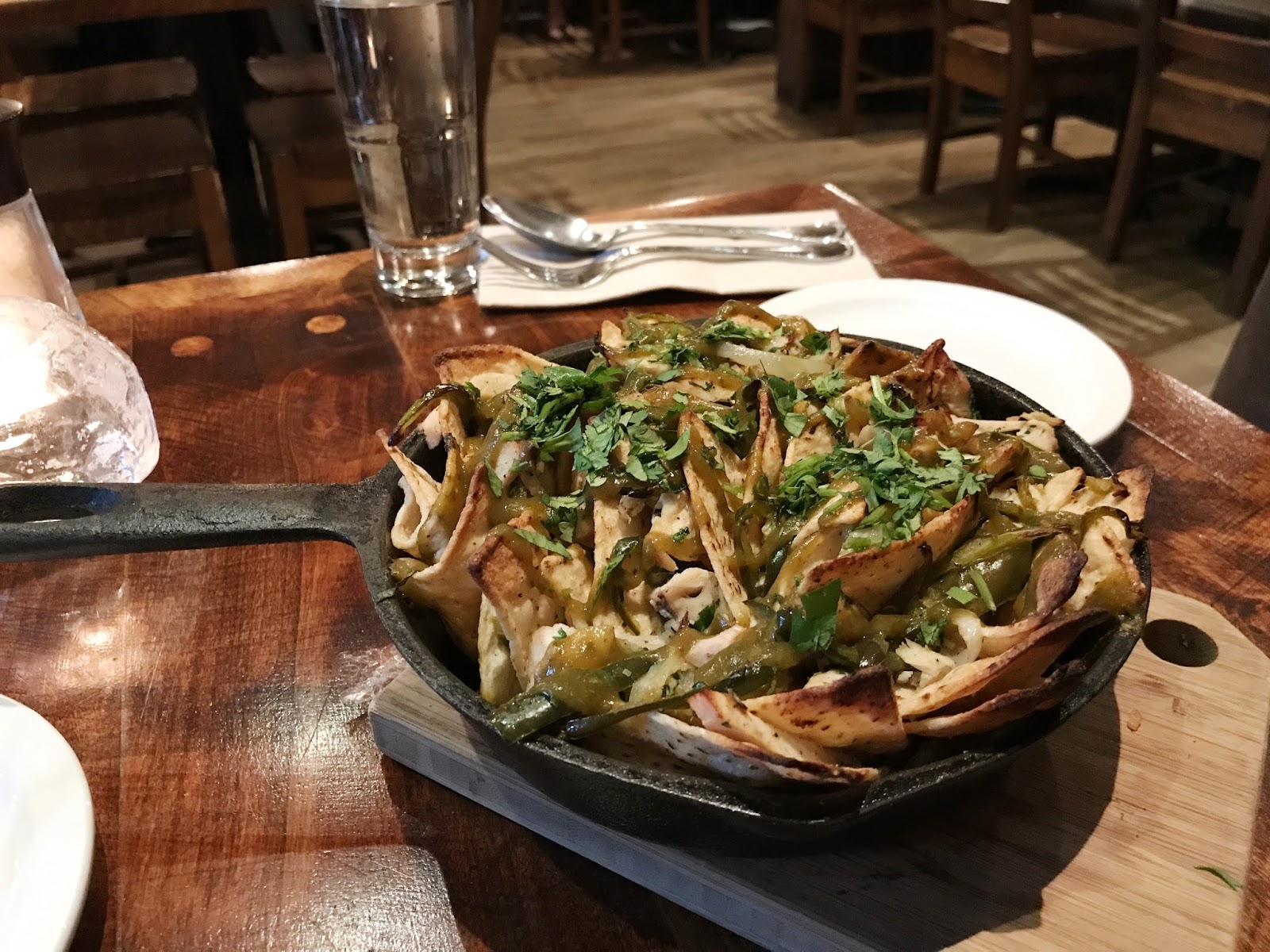 Since we were sharing this we asked for the cheese on the side (given that I'm allergic to dairy.) Jeremy didn't mind that the cheese wasn't melted, in fact, he preferred it. Even without the cheese, it was still really tasty, with no absence of flavour! The salsa verde really made the nachos, and I quite liked the addition of chicken as well. 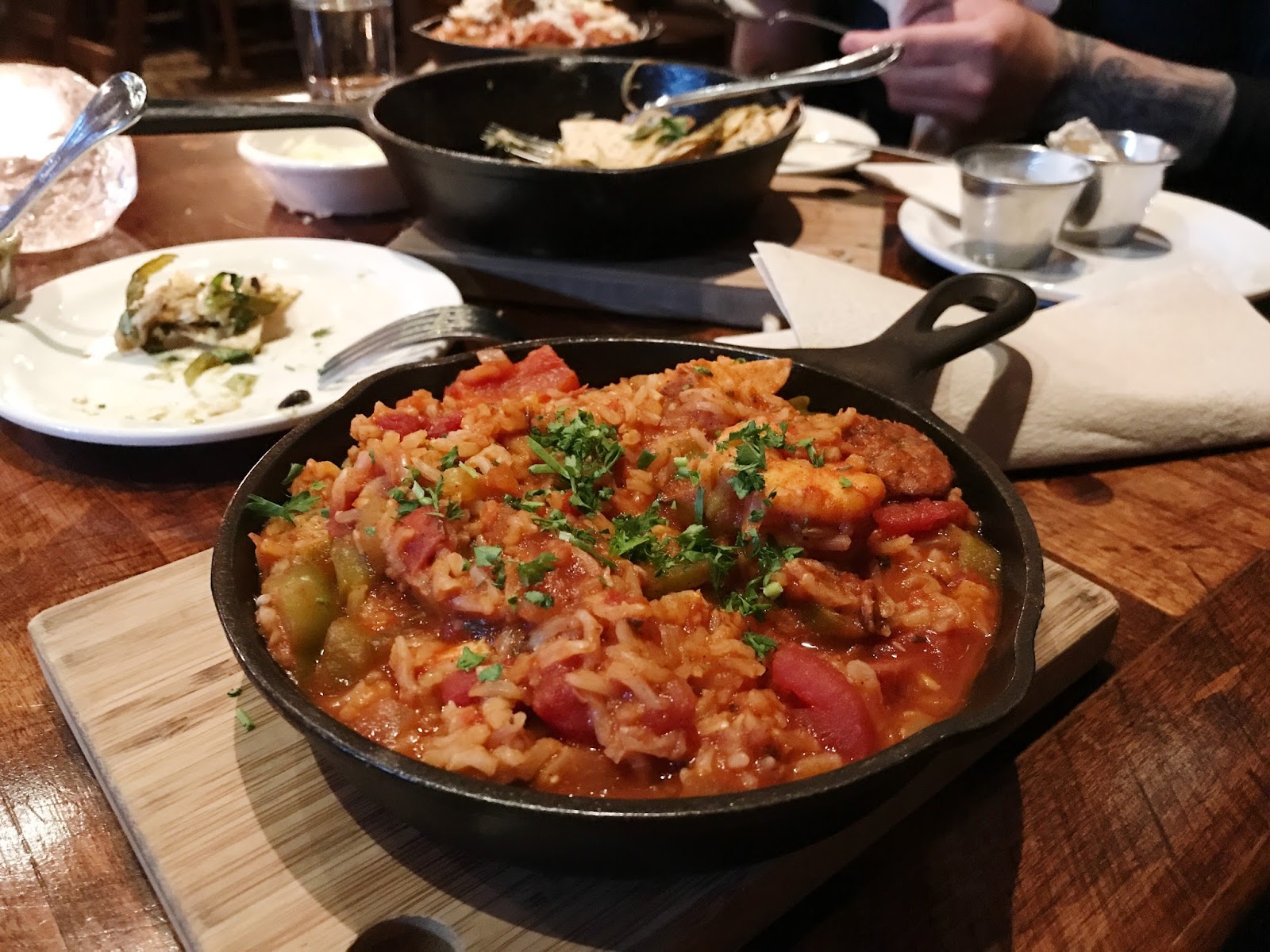 I'm not that familiar with Creole cuisine, but Jambalaya is definitely one of my favourites! This was very hearty, definitely comfort food worthy. The jambalaya was very tomato-ey tasting (no surprise here.) There was chicken, shrimp and chorizo in there, with the chorizo being a wee bit spicy. I really enjoyed the addition of orka as well. Even though the portion wasn't large I couldn't finish it after eating half of the nachos...I really wanted to though!