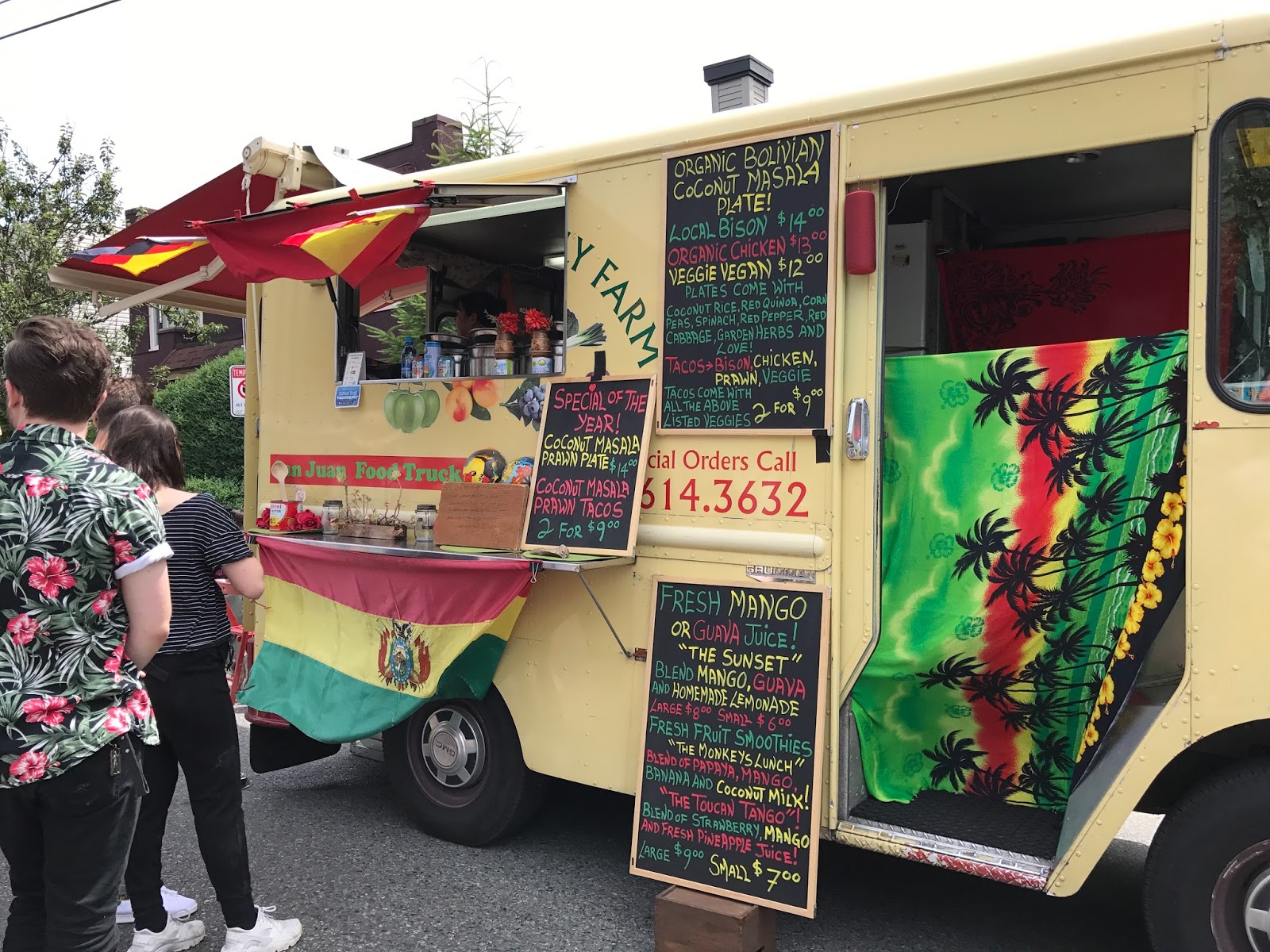 Last Saturday Jeremy and I made the long 5 minute trek to MacDonald Street for the 2017 Khatsalano Street Party; Kits' annual summer block party! Funny thing is, I make multiple trips up and down West 4th everyday...I live and breathe dat West 4th lifestyle (jk that sounded pretentious as F.) Jeremy & I *technically* live on West 4th, it intersects with our street! So if you ever see a short-legged asian girl donning silver rimmed aviator glasses around Kits, that's probably me!

So how could we miss our neighbourhood street party when we live a mere block away? We made a beeline for the food trucks as soon as we got there because...priorities people. Not surprisingly, we ended up at a Bolivian food truck that advertised itself as 100% gluten & dairy free (holla!)

Most of the stores had tents set up outside with prize draws. I mistakingly thought I had won a free backpack from Fjallraven Kanken (I actually screamed) but turns out you have to land on their logo twice to win (so much for winning.) I ended up "winning" a 15% off coupon...but given that I already own one too many backpacks, there was really no reason for me to buy another Kanken. The coupon was valid for that day only, so it was pretty much rendered useless. 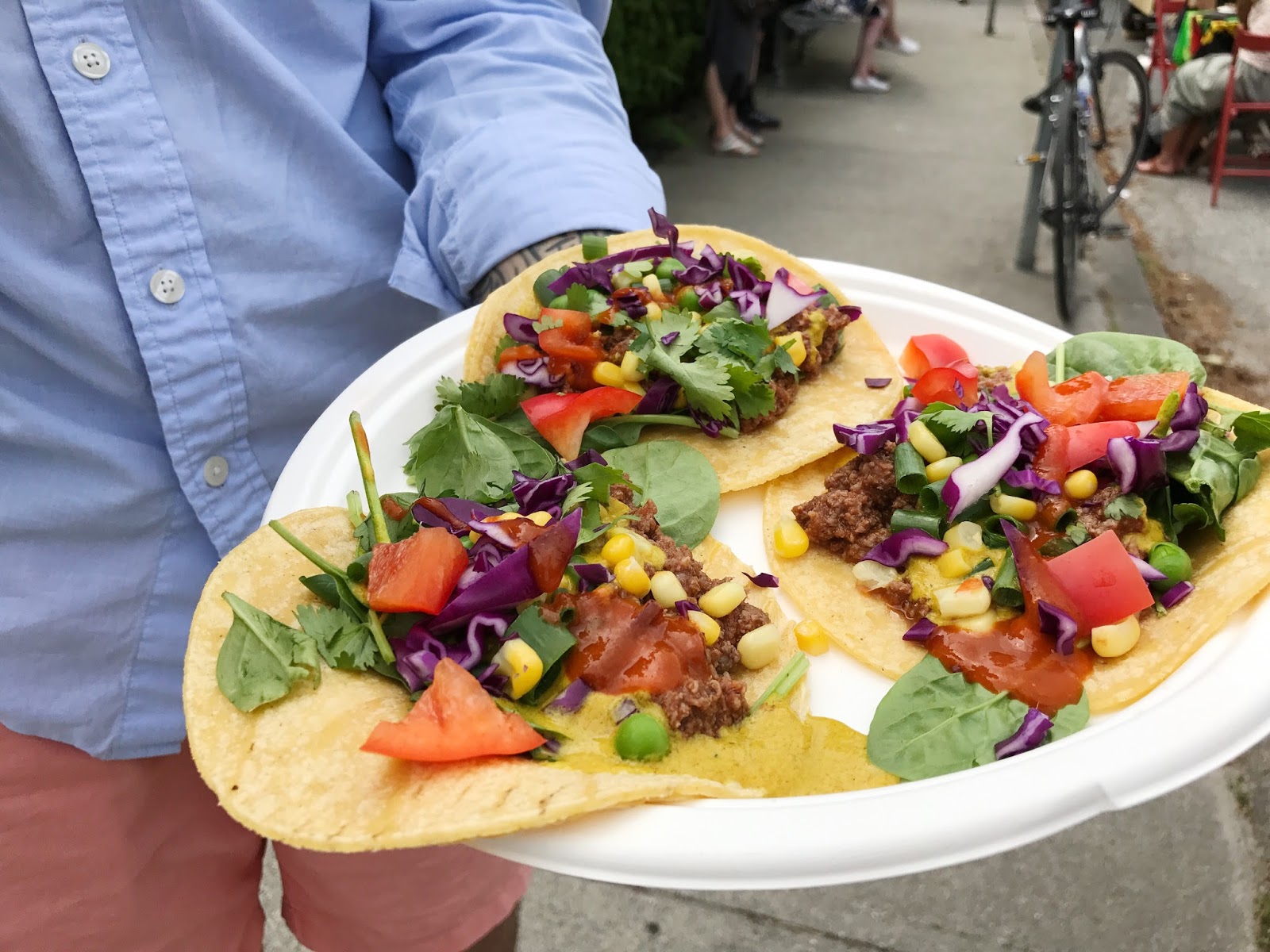 Dudeee, these were SO GOOD. Jam packed with flavour from the bison and coconut curry. This was actually my first time having bison, and it tasted similar to beef, but sweeter. The tacos themselves were quite massive, twice the size of the ones from La Taqueria! They were quite generous with the protein too. 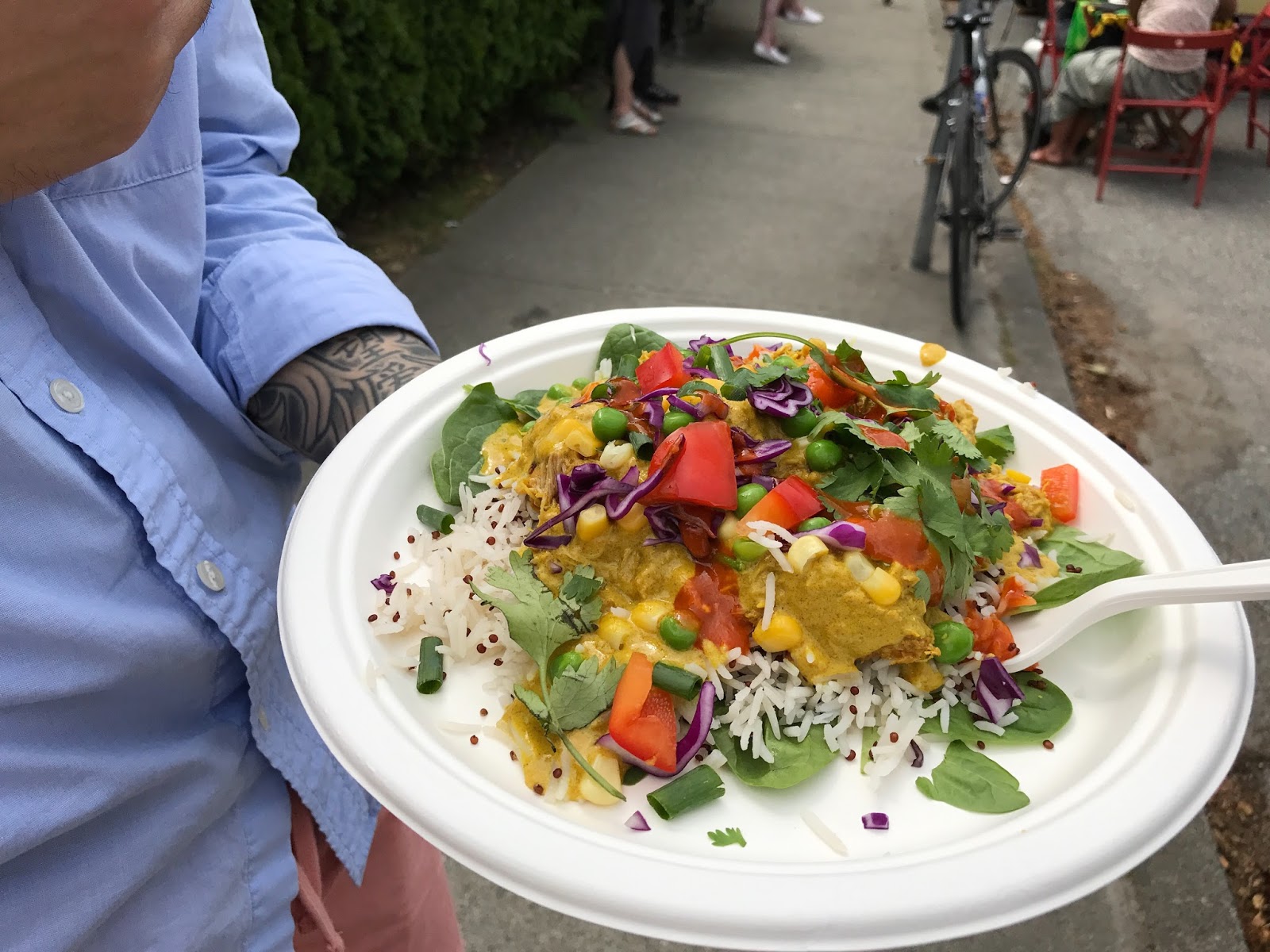 This was basically the same as the tacos, with coconut quinoa rice in lieu of taco shells. Jeremy gave this a shocking 4.5/5 stars, he himself was shocked too. We definitely weren't expecting it to be that good! The coconut, quinoa, and curry worked surprisingly well together! 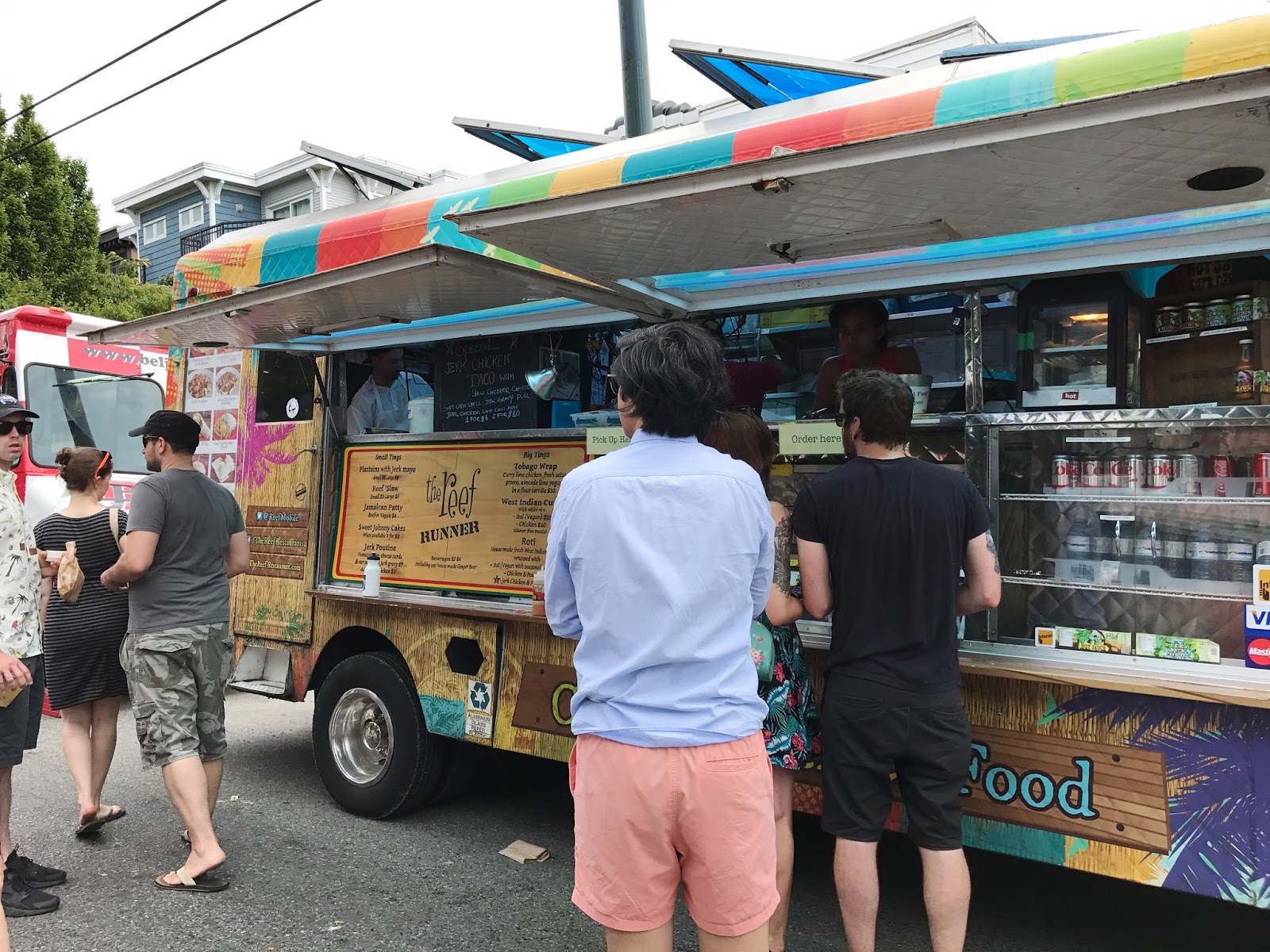 The Reef Runner (the food truck version of the Reef on Main St!)
Read my review of the Reef here: http://www.vancitynoms.com/2014/11/the-reef-main-st.html 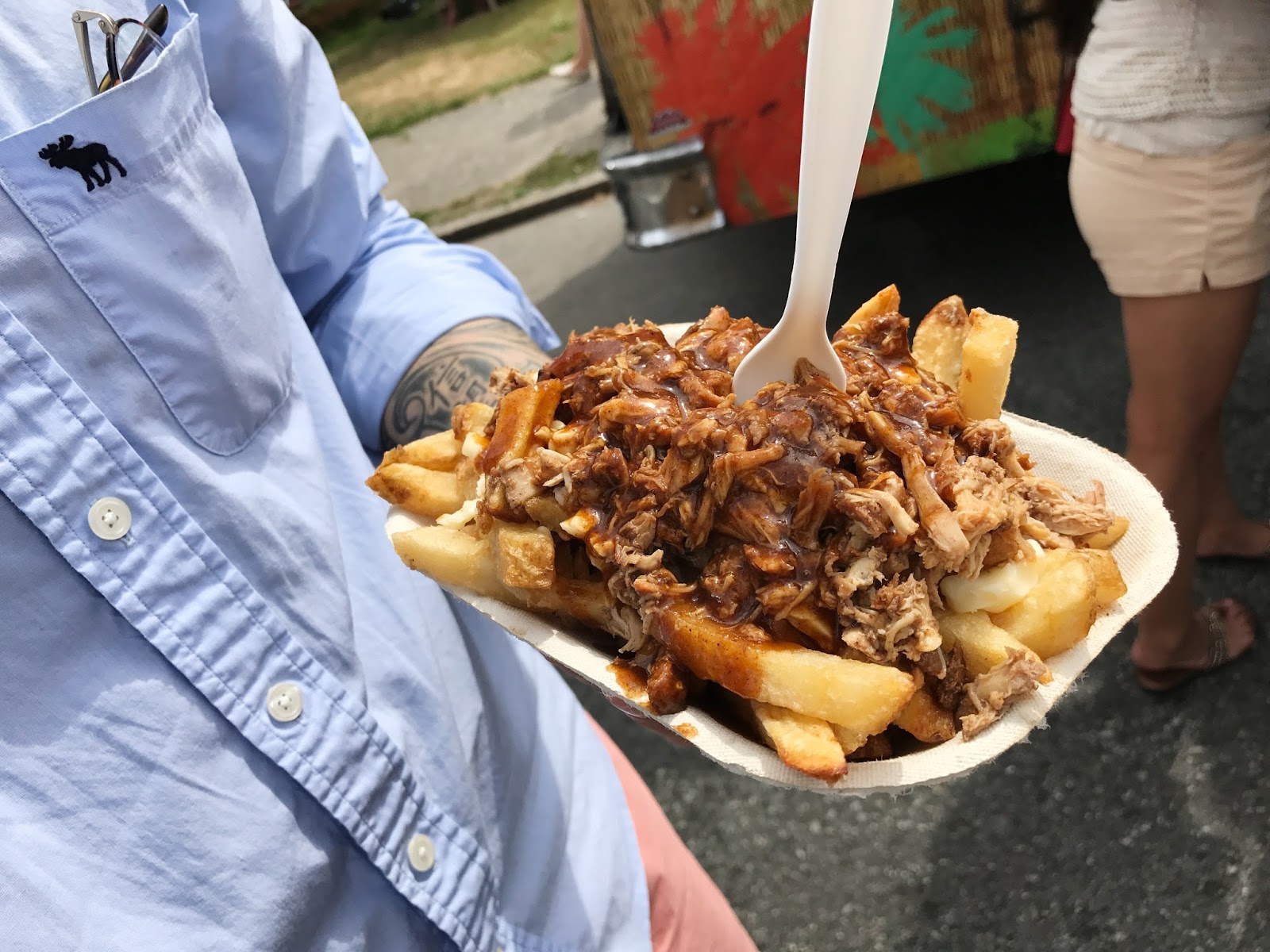 Jeremy dubbed this one of the best poutine he's ever had. Then again, this guy doesn't eat a whole lot of poutine. They were really generous with the chicken and there was no shortage of jerk sauce to go around. The fries were nice and crispy too! 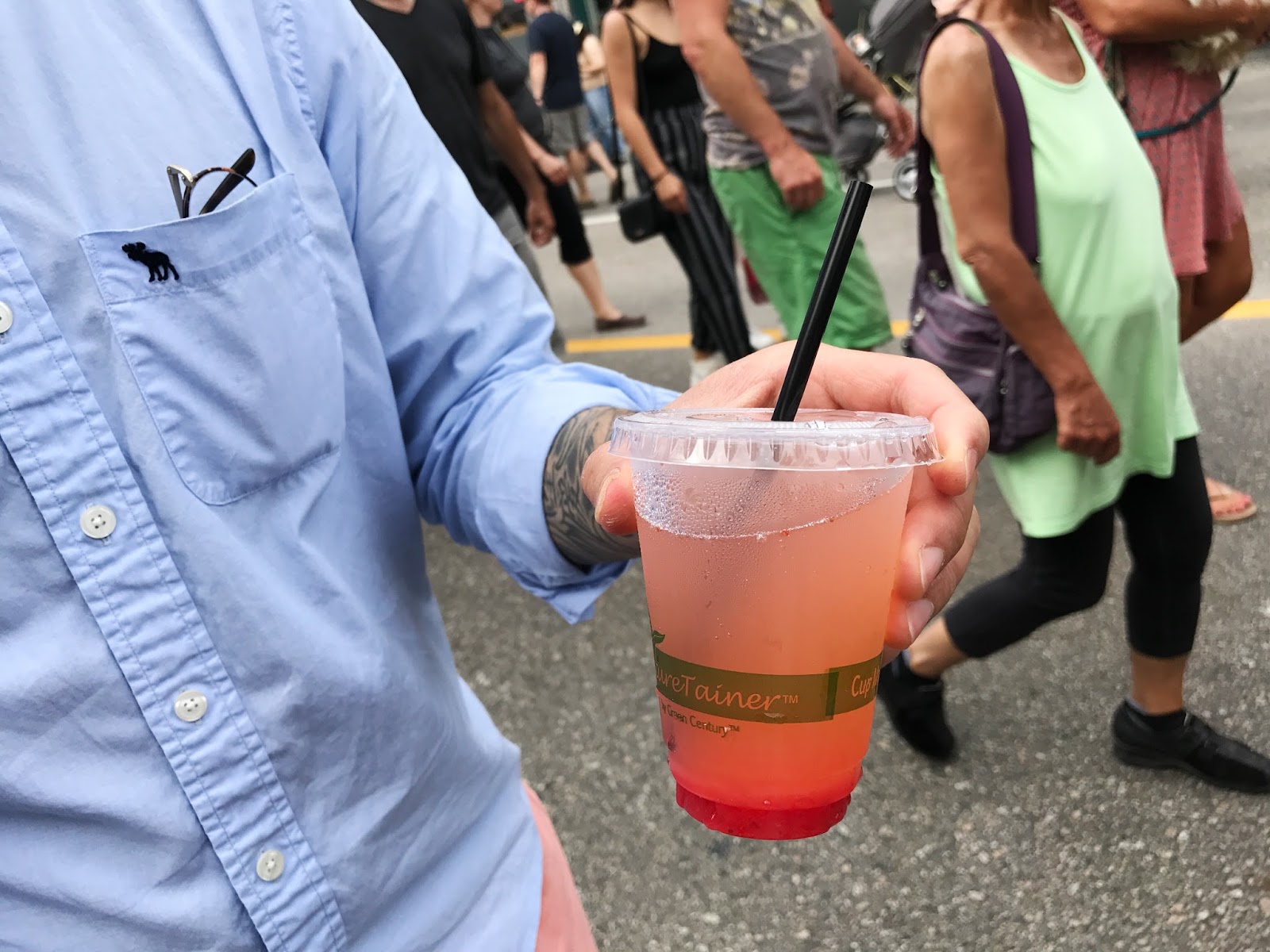 A mini strawberry lemonade from some random stall! 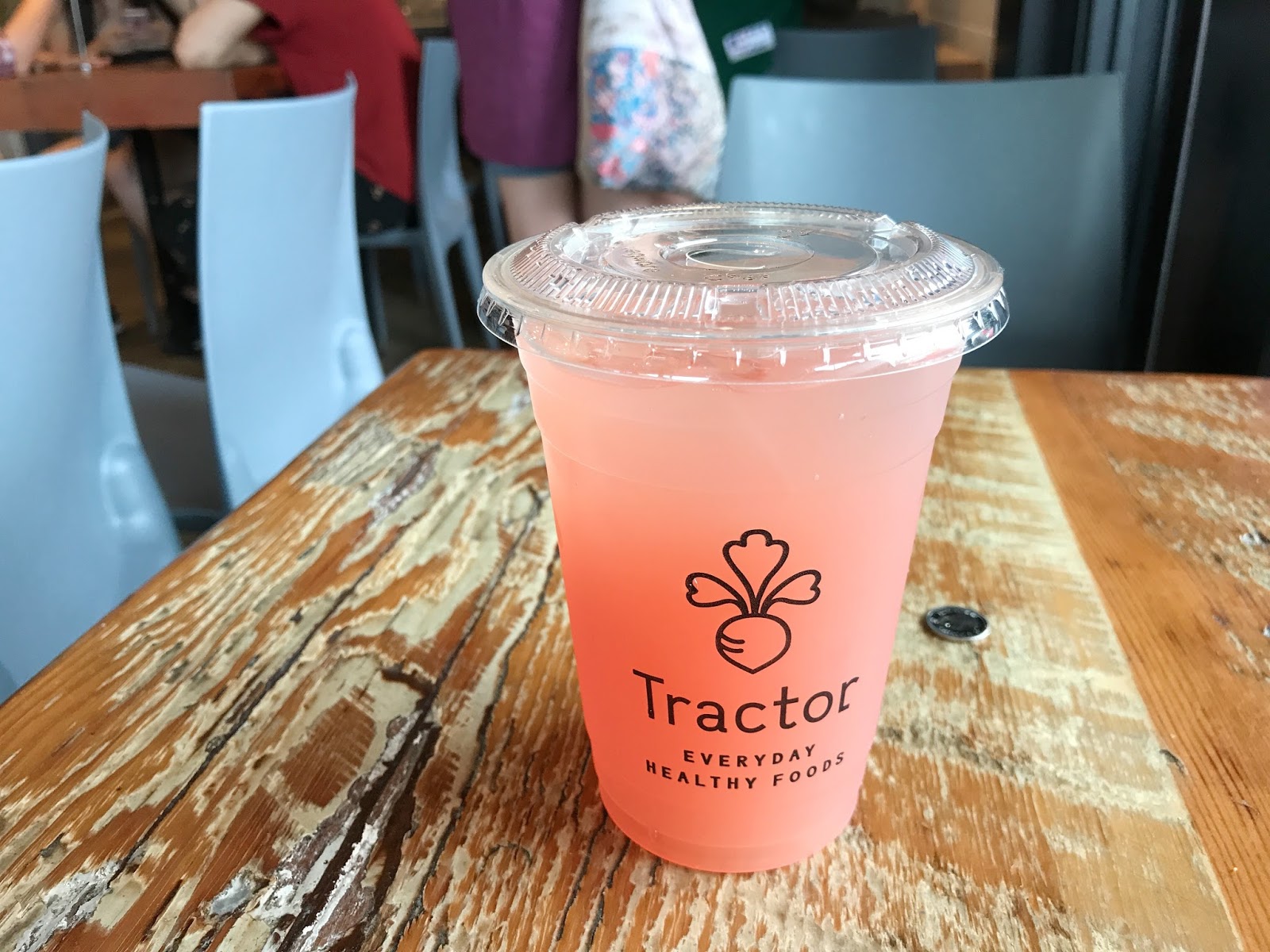 Freshly squeezed watermelon lemonade from Tractor! Jeremy bought this, but then he changed his mind and gave it to me (I'm not one to turn down free food.)