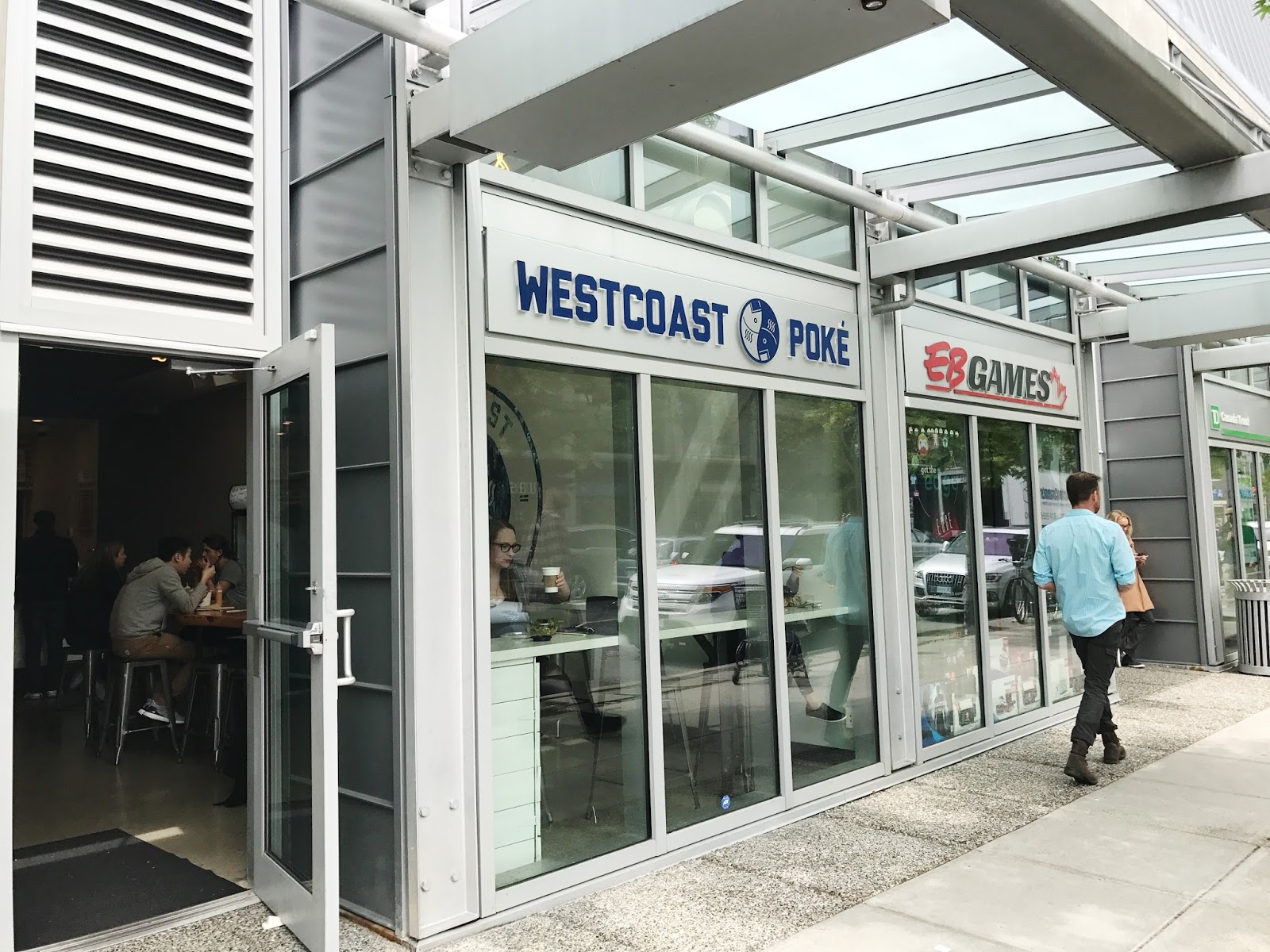 How often do I have poke? Not that often, but I've tried a handful of poke places in the GVR: The Poke Guy, The Poke Shop, Westcoast Poke, Hooked Poke Bar, and Poke Time. And yes, that was in ascending to descending order. Weirdly enough I haven't tried Hoke Poke on West 4th yet (despite living so close.)

Poke is like my alternative to sushi when I'm not feeling sushi (which isn't often because I eat sushi almost everyday now...Raymond would be proud.) Considering that there's a Japanese restaurant around every corner...sushi takeout is the most convenient thing ever!

So after one of our many Whole Foods runs (and trust me...we have A LOT of them) we made our way to Westcoast Poke across the street for a late lunch! And yes, we go to the Cambie Whole Foods just as often (I much prefer the Kits location though.) 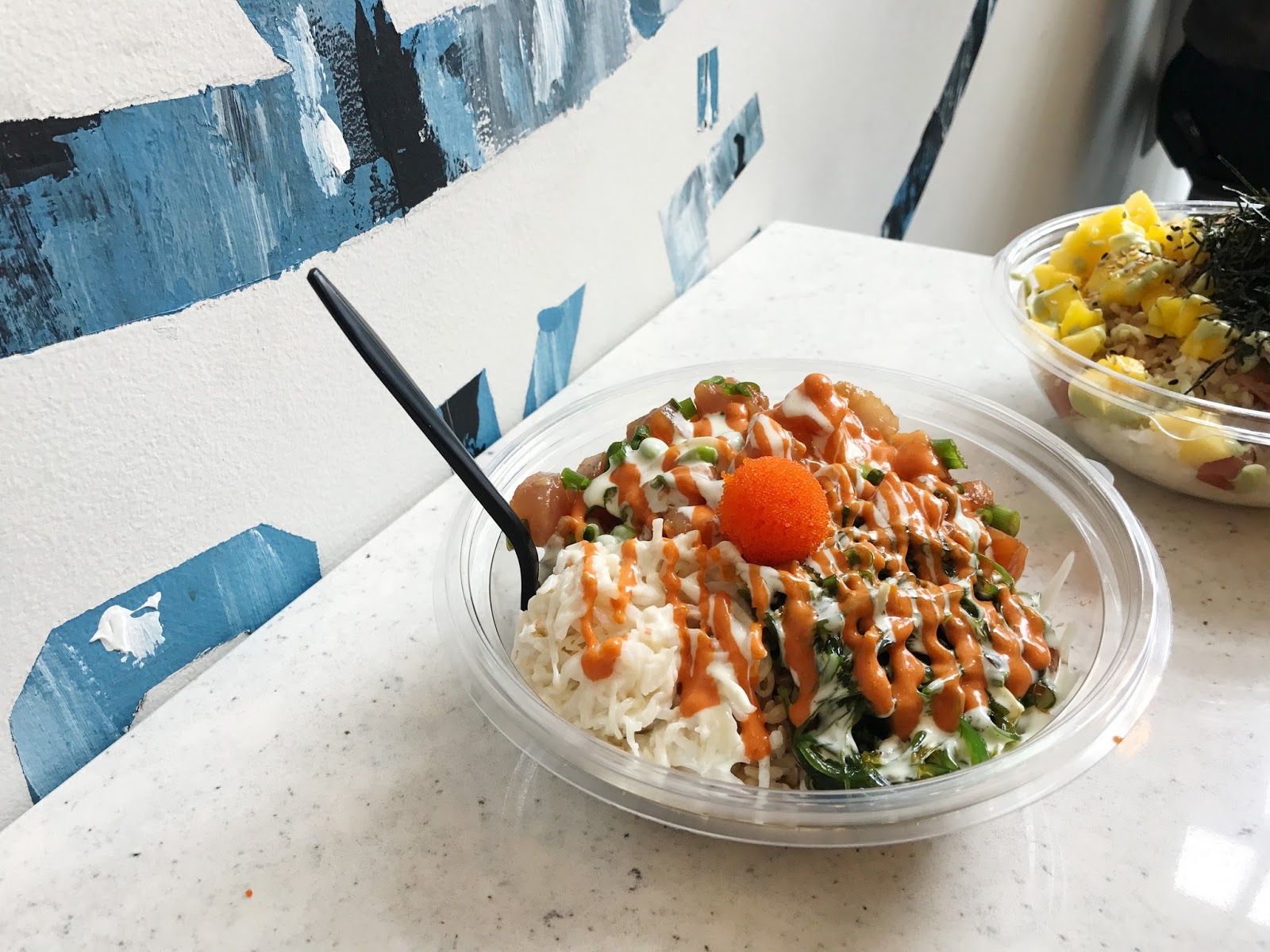 Like most poke places, you can get a custom made bowl or one with pre-selected ingredients. Jeremy had the Cascade, which came with an abundance of albcaore tuna, salmon, seaweed salad, and imitation crab salad. He enjoyed it, but still prefers the Poke Shop in Gastown! 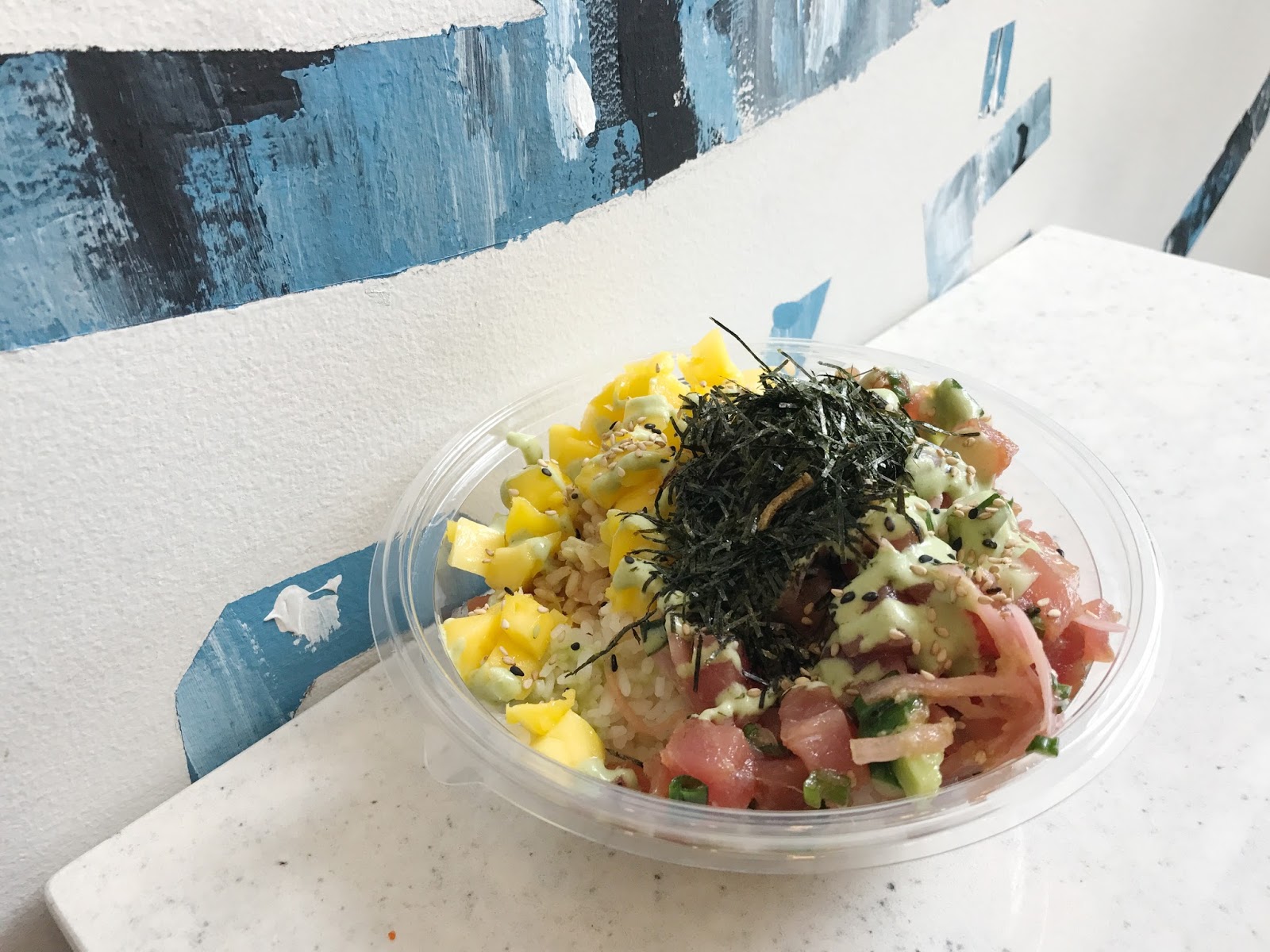 Due to my dietary restrictions, I always have to go the build-your-own-bowl route. For my protein I went with albacore tuna, and for my toppings I kept it simple with mango, cucumber, and seaweed. Since most of the sauces are mayo based, I went with the green coconut curry sauce, which added a Thai twist to an otherwise very Hawaiian dish! 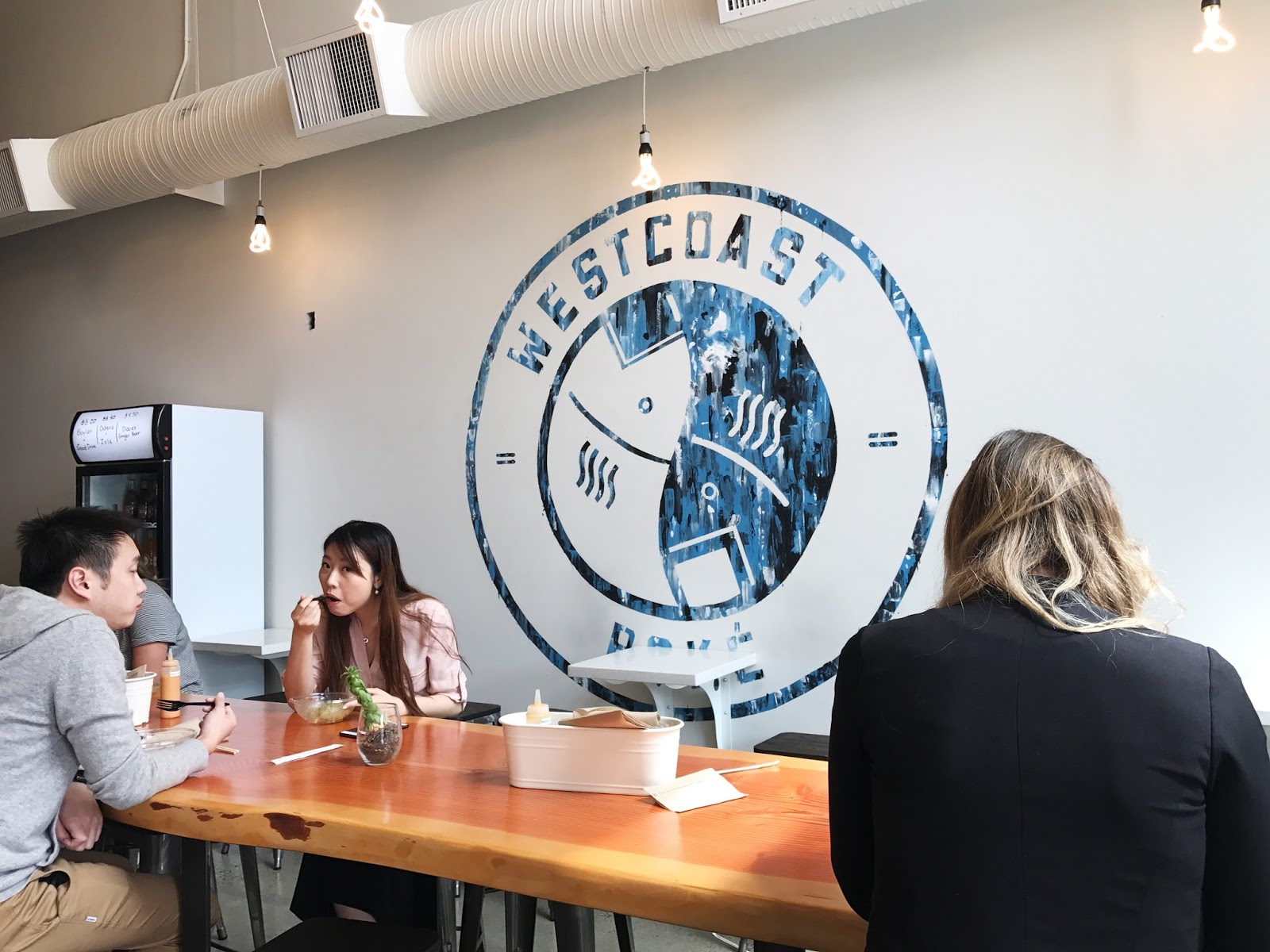 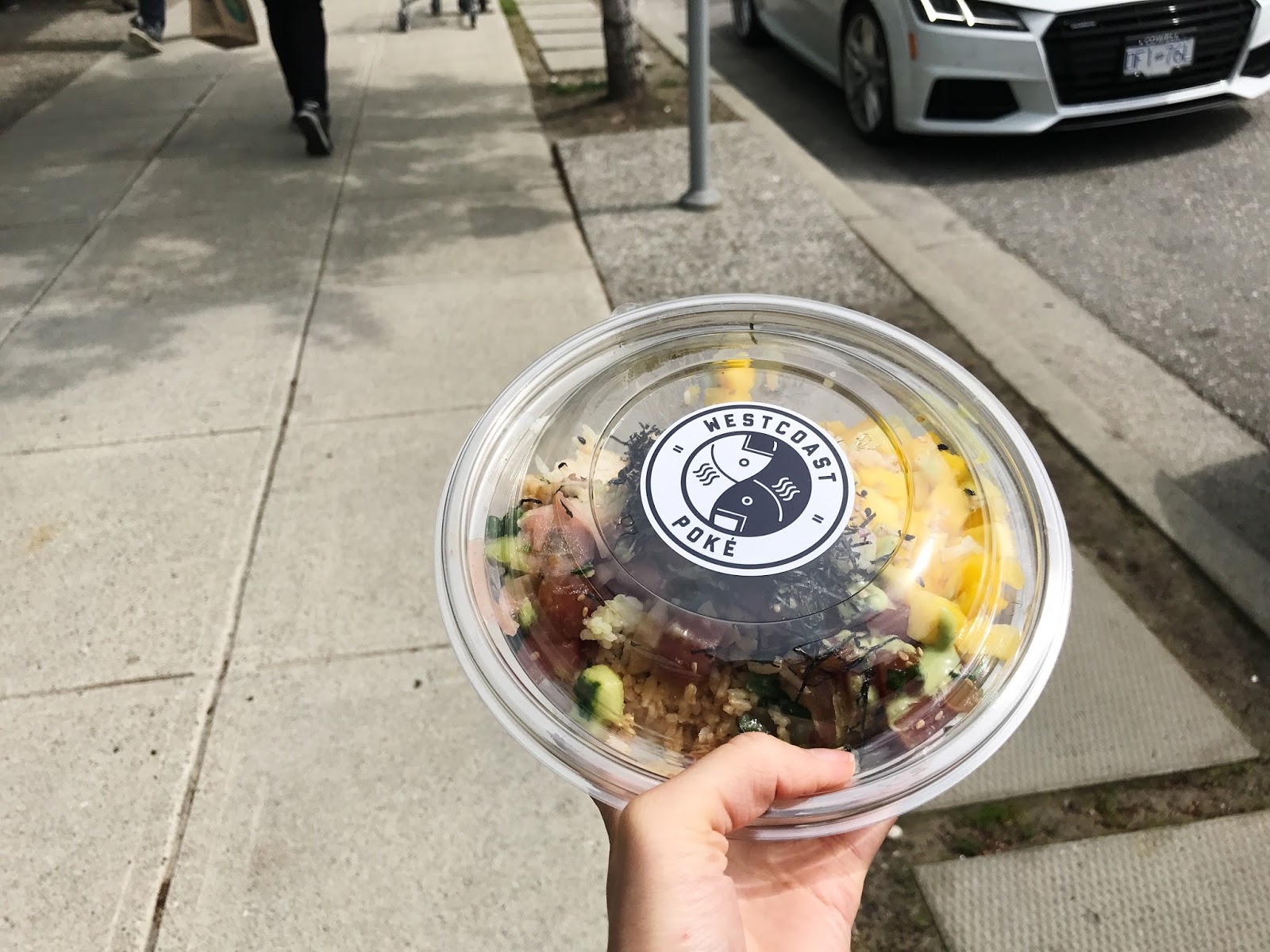 Either I eat really slowly or Jeremy eats too fast, because half of the time I end up having to pack up my half-eaten food!