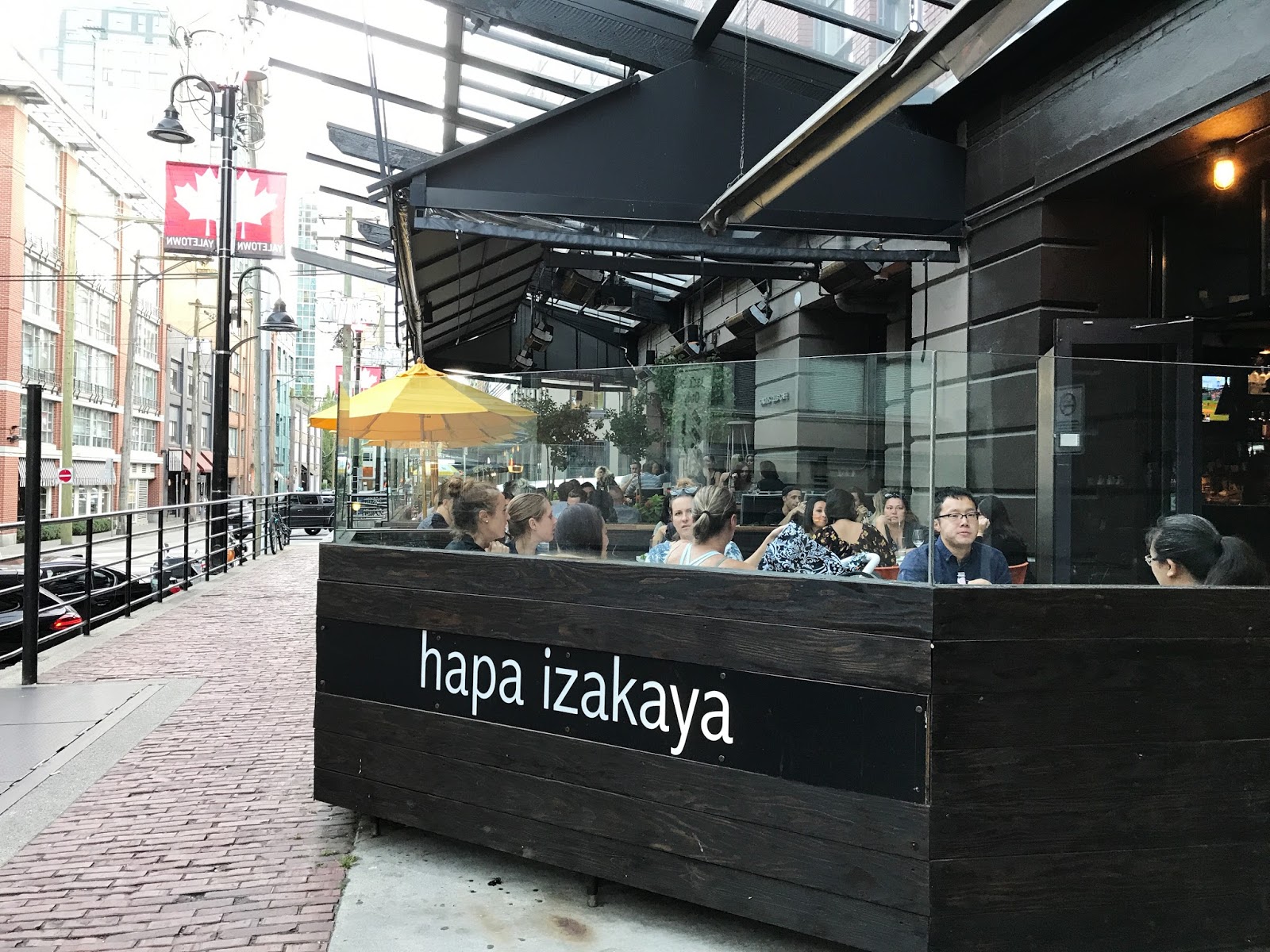 Something you guys probably don't know about me: I eat a whole lotta takeout. A whole lot. Everyday in fact. But I rarely ever blog about it. I don't know...I always eat takeout at an odd hour (read: 9 pm on the dot) the lighting's weird, the food looks hella unappetizing sitting in a styrofoam box so I find blogging about it kind of...pointless.

What I ate for dinner yesterday: a takeout meal consisting of chicken kaarage, a bowl of beef teriyaki, and one lone piece of yam tempura from the new Nori on campus! General consensus: meh. I do like their chicken kaarage though.

Bet you thought this post was going to be about takeout huh? Wrong. If you haven't noticed, I tend to go on tangents about things that have nothing to do with the blog post in question...but that's what makes it interesting...right?

Anyways...a few weeks ago Atsumi, Kavita, Jeremy and I decided to hit up Hapa Izakaya for a much needed drinking sesh and naturally, we ordered a bunch of izakaya food to offset the booze.

I actually ended up with a horrendous fever that night and didn't end up drinking at all (sad I know.) And to my horror, I could my barely taste my unagi isiyaki because of my stuffy nose (I ate it anyway...starvation does that to you.)

The funniest thing happened on our way to Hapa Izakaya: we saw mayor Gregor Robinson talking on his phone outside a coffee shop! We even stopped to confirm that yes, it was indeed, him, and I took an evidential creeper photo (I take a lot of un-consented, creeper photos of people.)

Just a random thought: It's generally agreed upon that Hapa Izakaya is regarded as the Cactus Club of izakayas, no? Don't get me wrong...I have nothing against Cactus Club (in fact, I'm a huge fan of their namesake burger.) 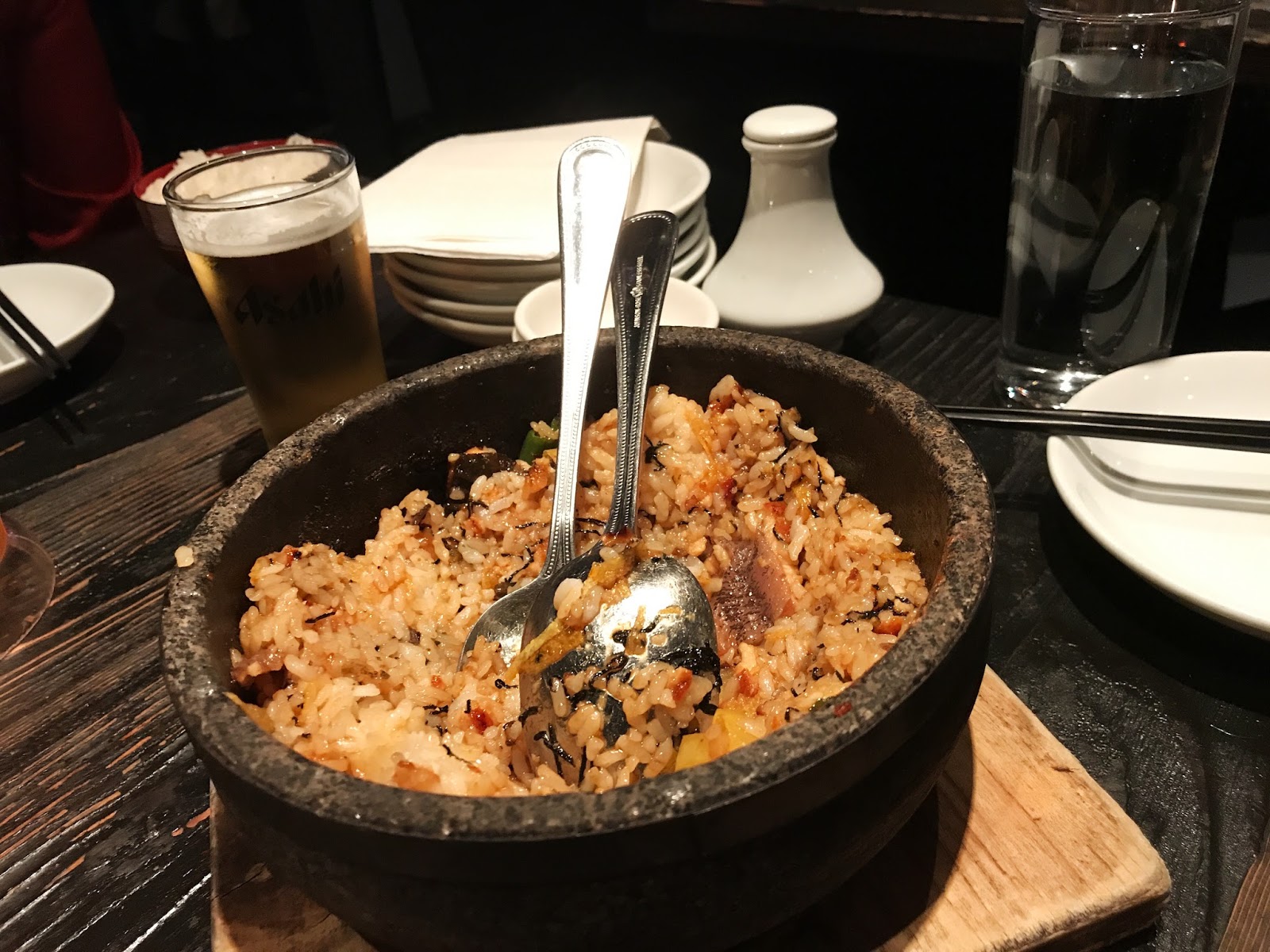 From what I could make out through my stuffy nose, the unagi was sweet and buttery; the rice soft yet beautifully crisp. I mean, if it tastes good with a stuffy nose, it must taste even better with a de-stuffed nose...amirite? 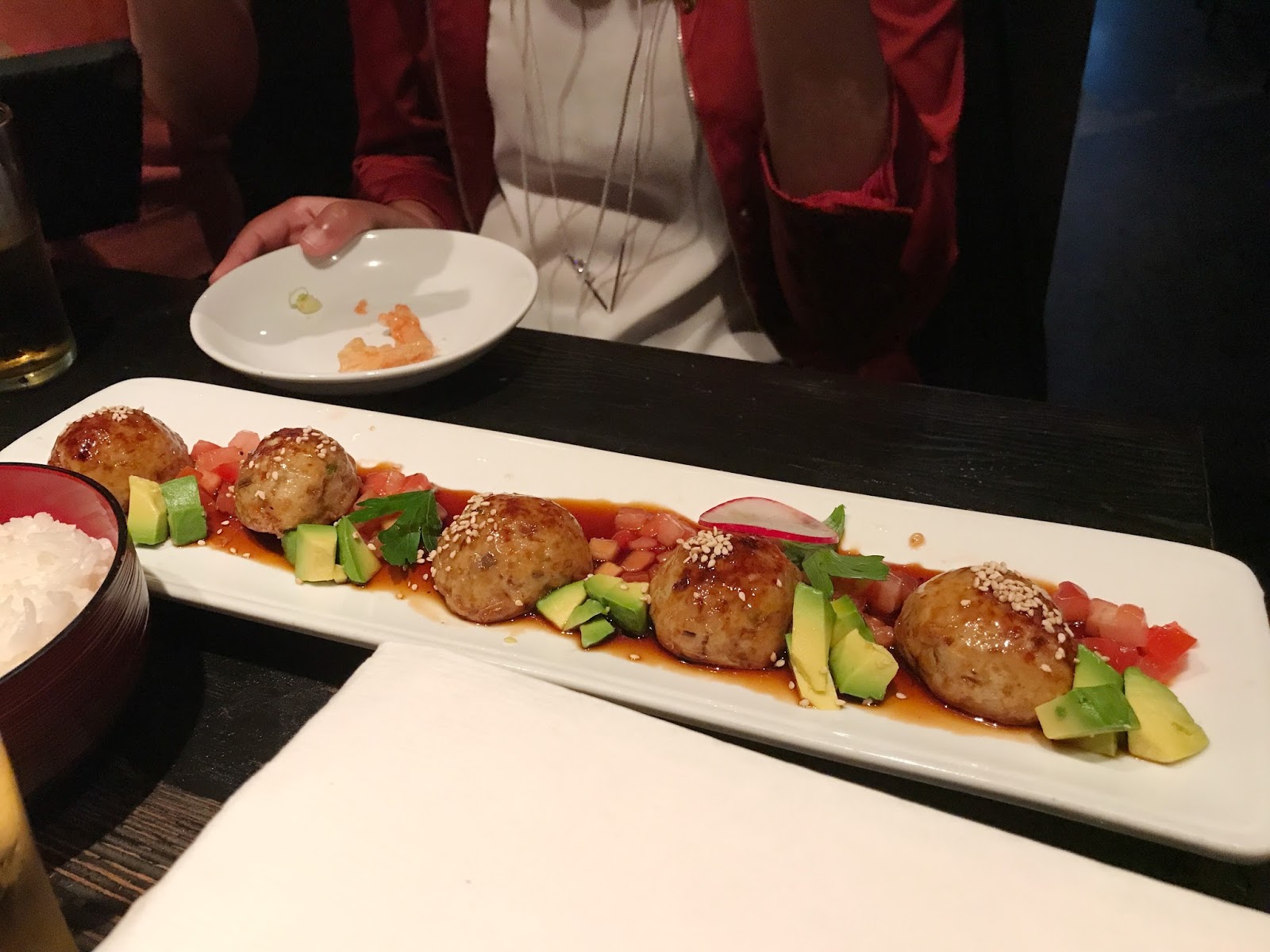 Kavita had the tsukune meatballs to herself with a bowl of rice! Being that Hapa Izakaya serves tapas sized portions, I wasn't surprised that this came with a measly three and a half pieces. Imho, quite steep for what you get. 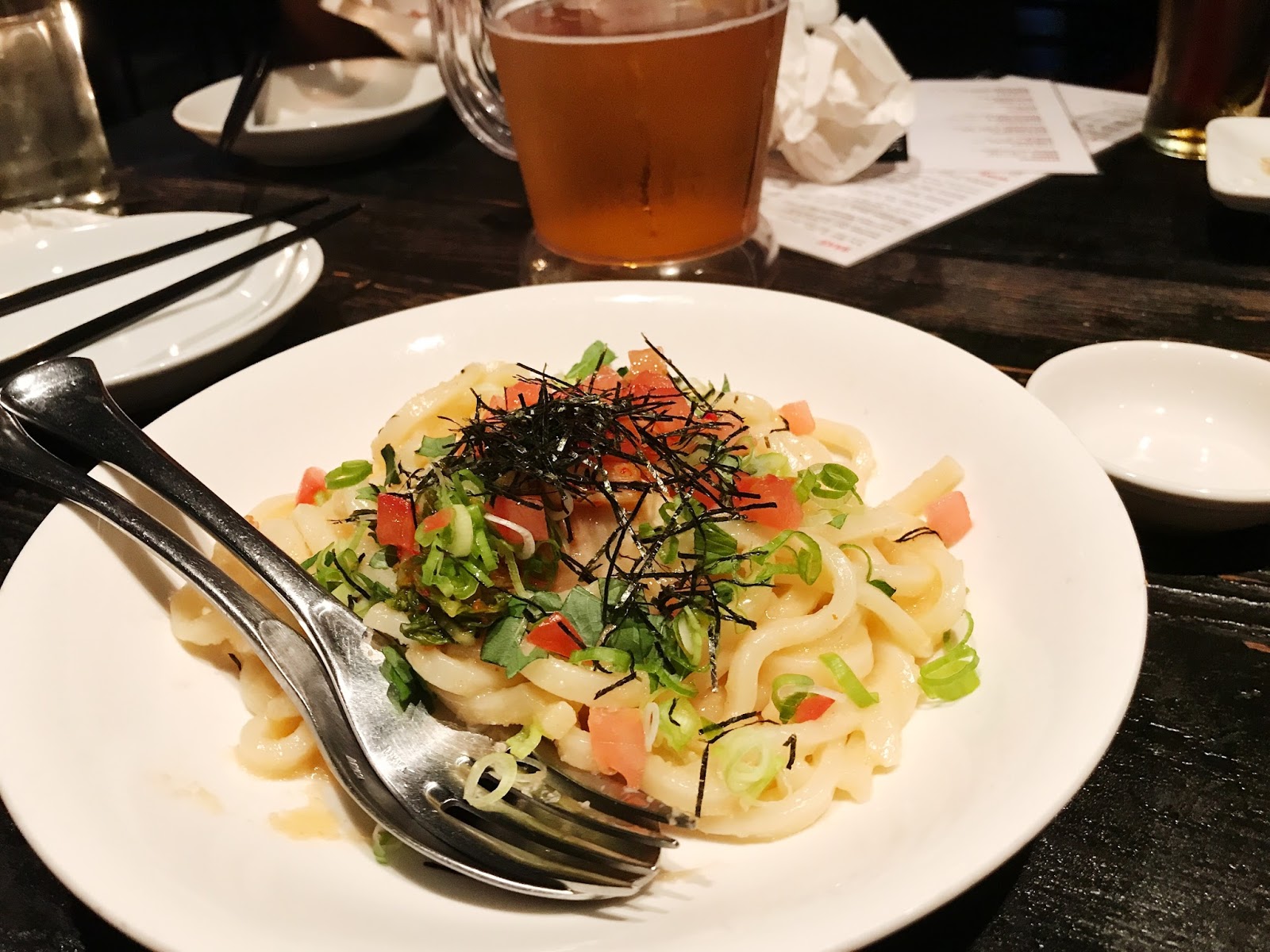 Jeremy had the mentaiko udon as his main; edamame as an appetizer, and on top of that...he also ordered chicken kaarage and deep fried ika as sides! Yea, he's quite the spender isn't he? The udon was well executed in that the noodles were al dente and bouncy, however, it was a bit lacking in its namesake ingredient: mentaiko. 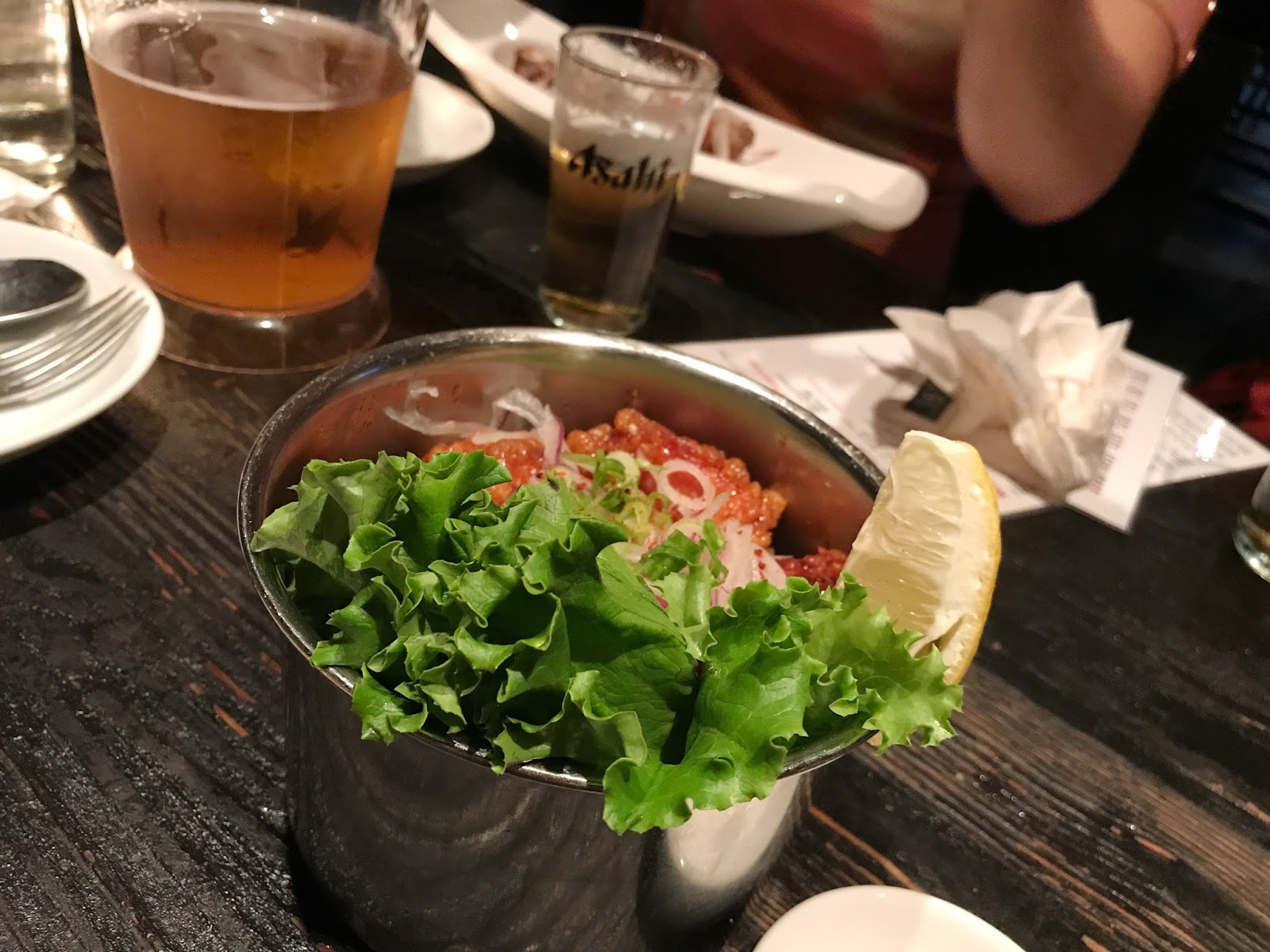 The chicken kaarage was the most visually enticing of the lot; generously portioned, juicy and well seasoned (from what I could tell.) Definitely one of their best dishes. The fact that it came in a tin made it seem like it was never-ending (a good thing.) 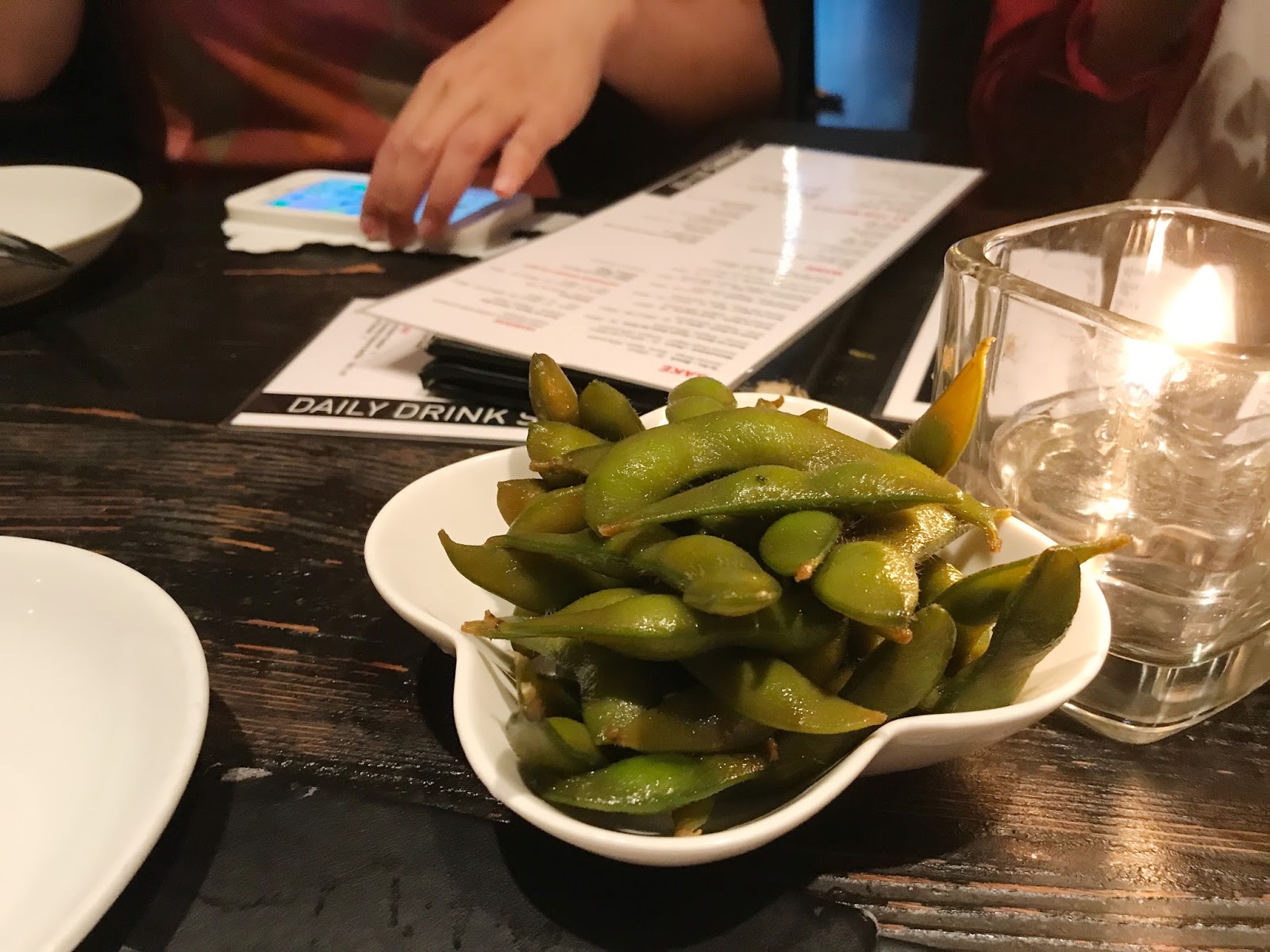 Jeremy has a penchant for ordering edamame every chance he gets, I for one, avoid unprocessed soy at all costs. These ones were (intentionally?) over-steamed which resulted in rather limp edamame. 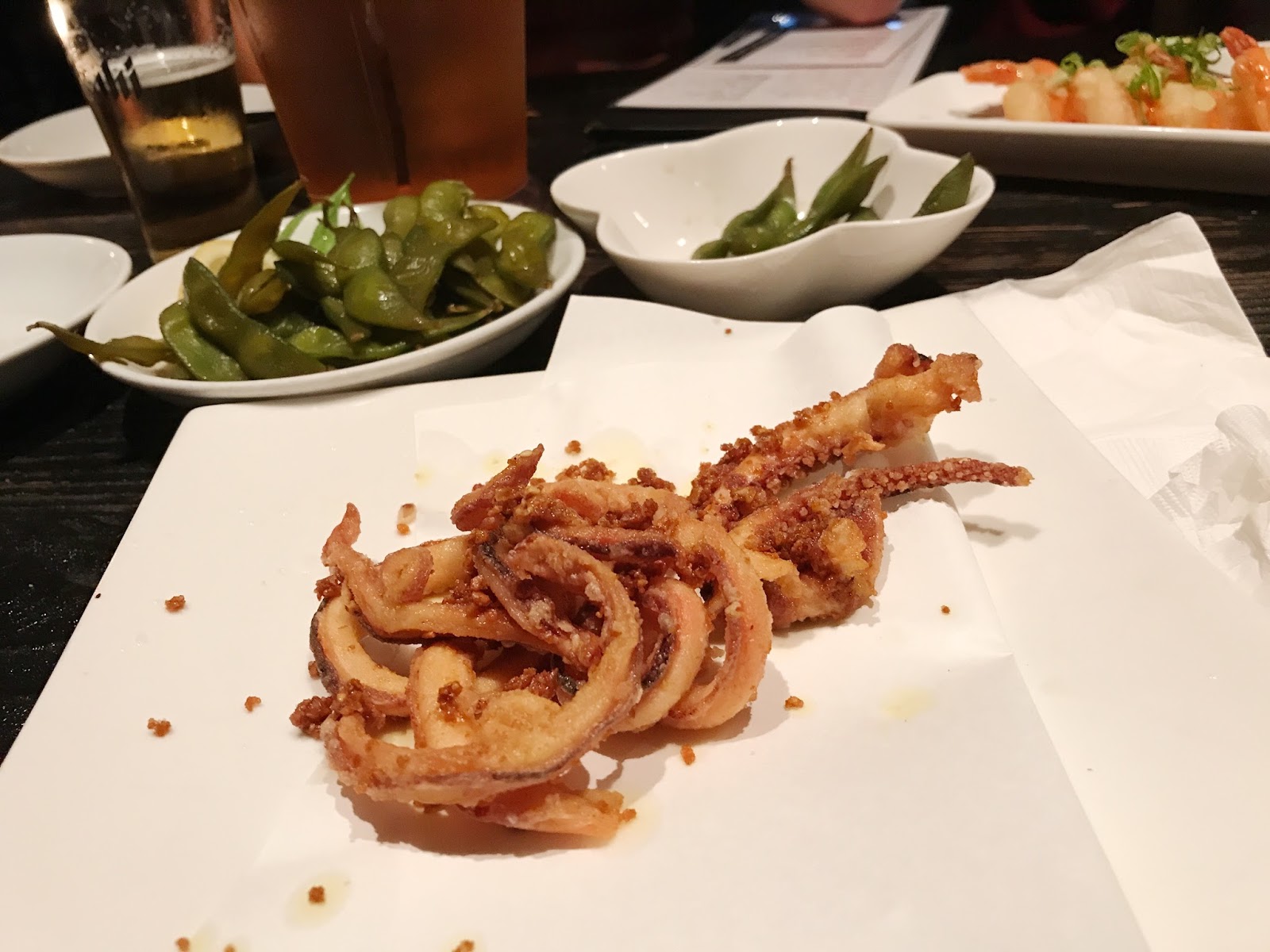 Jeremy just had to eat the whole damn thing before I had a chance to snap a photo. Lightly battered, crispy, albeit a bit heavy on the grease. 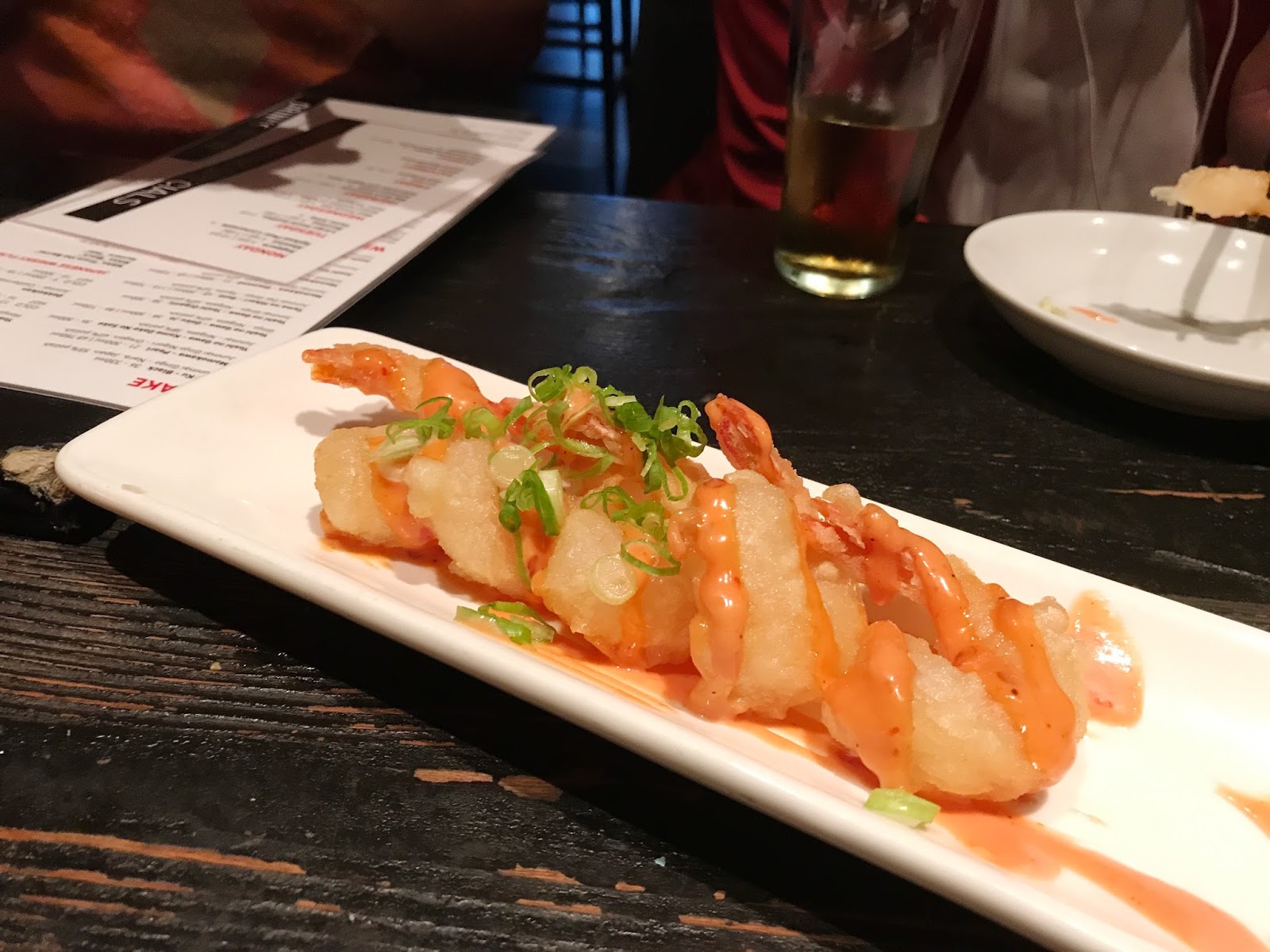 An izakaya classic. Unlike the ika, it was a bit too heavily battered. That didn't make it any less tasty though! 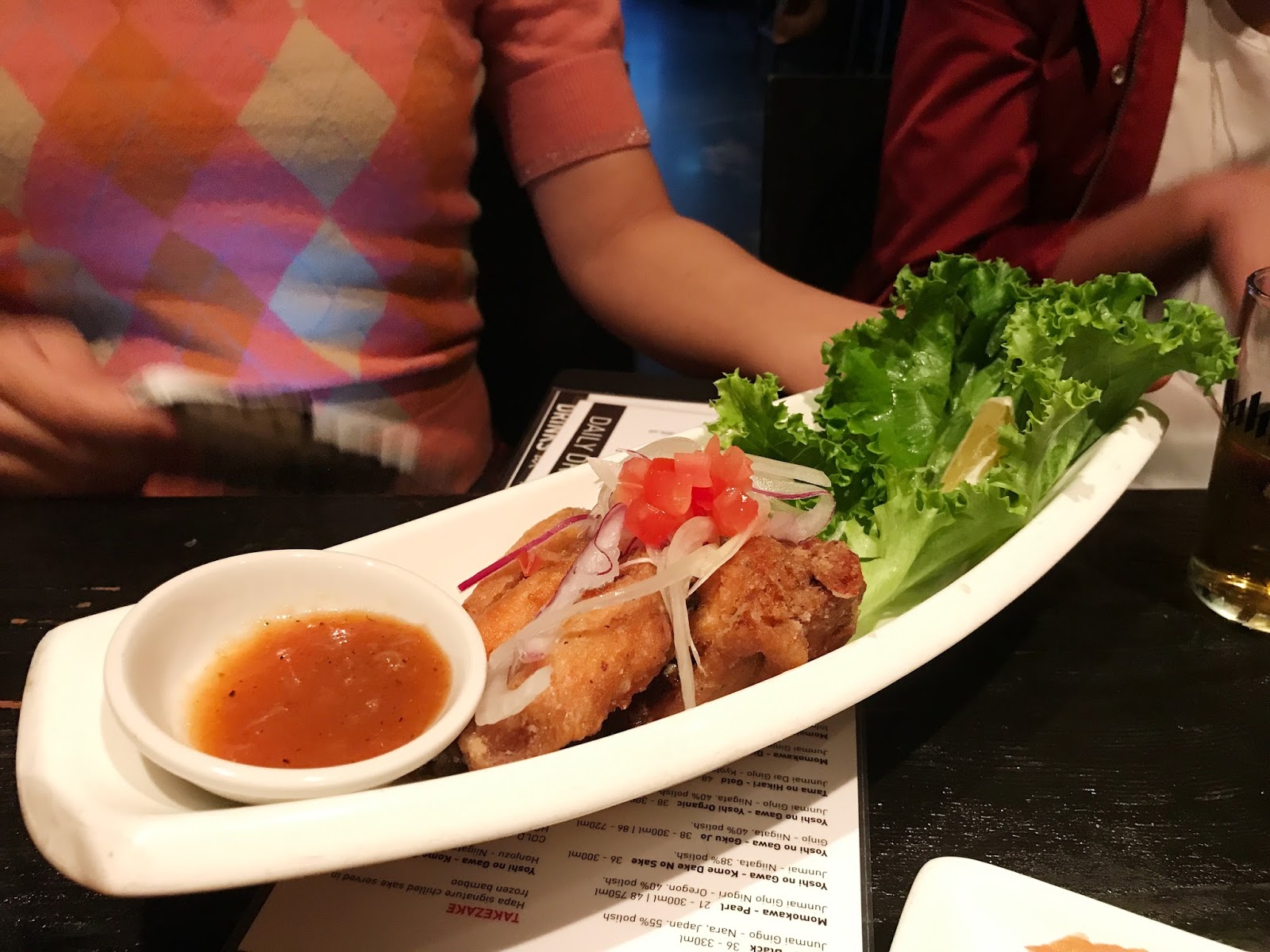 Atsumi had the hapa hot wings, which she enjoyed with rigor. This was chased by copious amounts of Sapporo (it's Atsumi afterall...that girl can drink!) 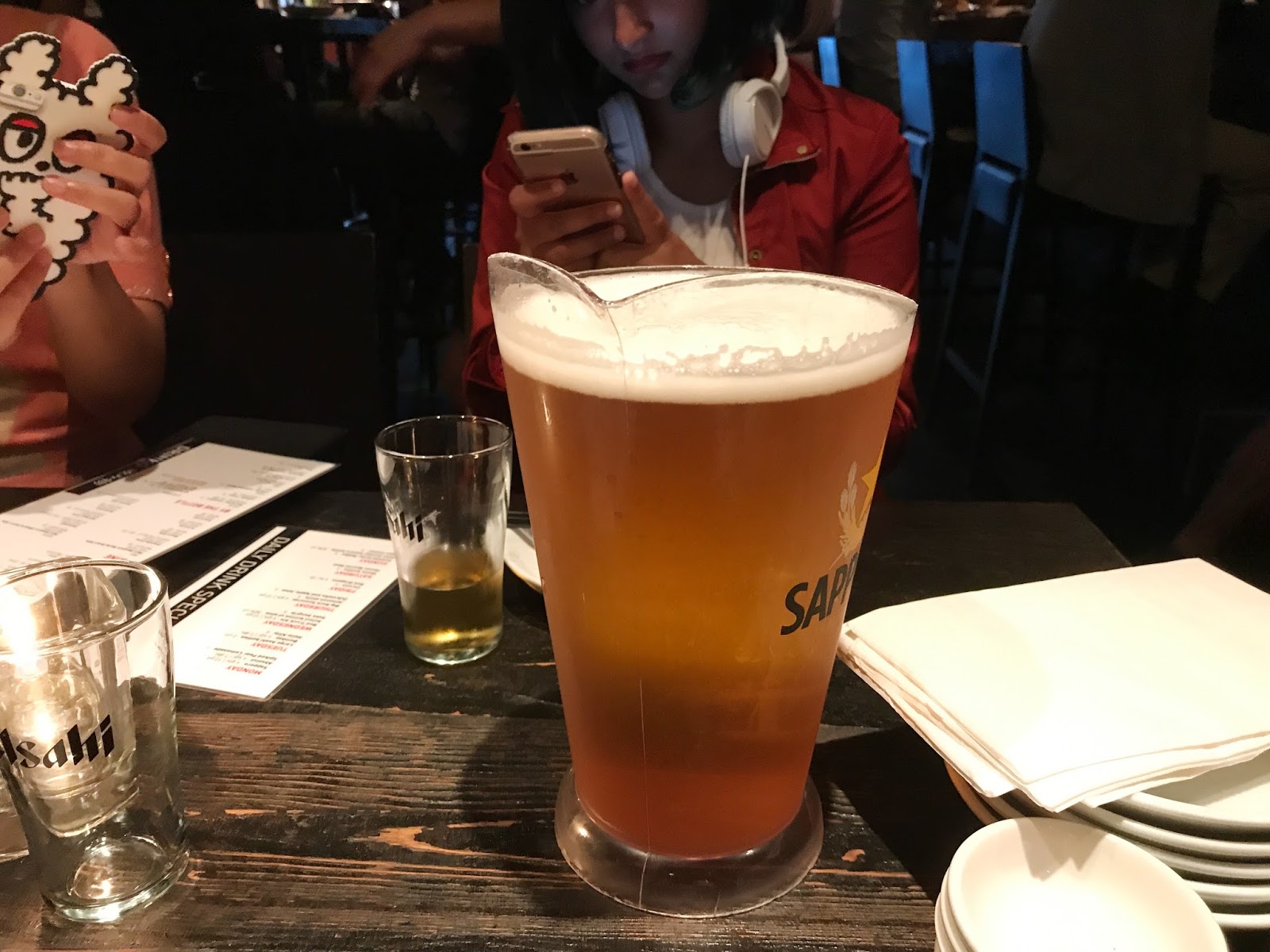 Our pitcher of Sapporo! 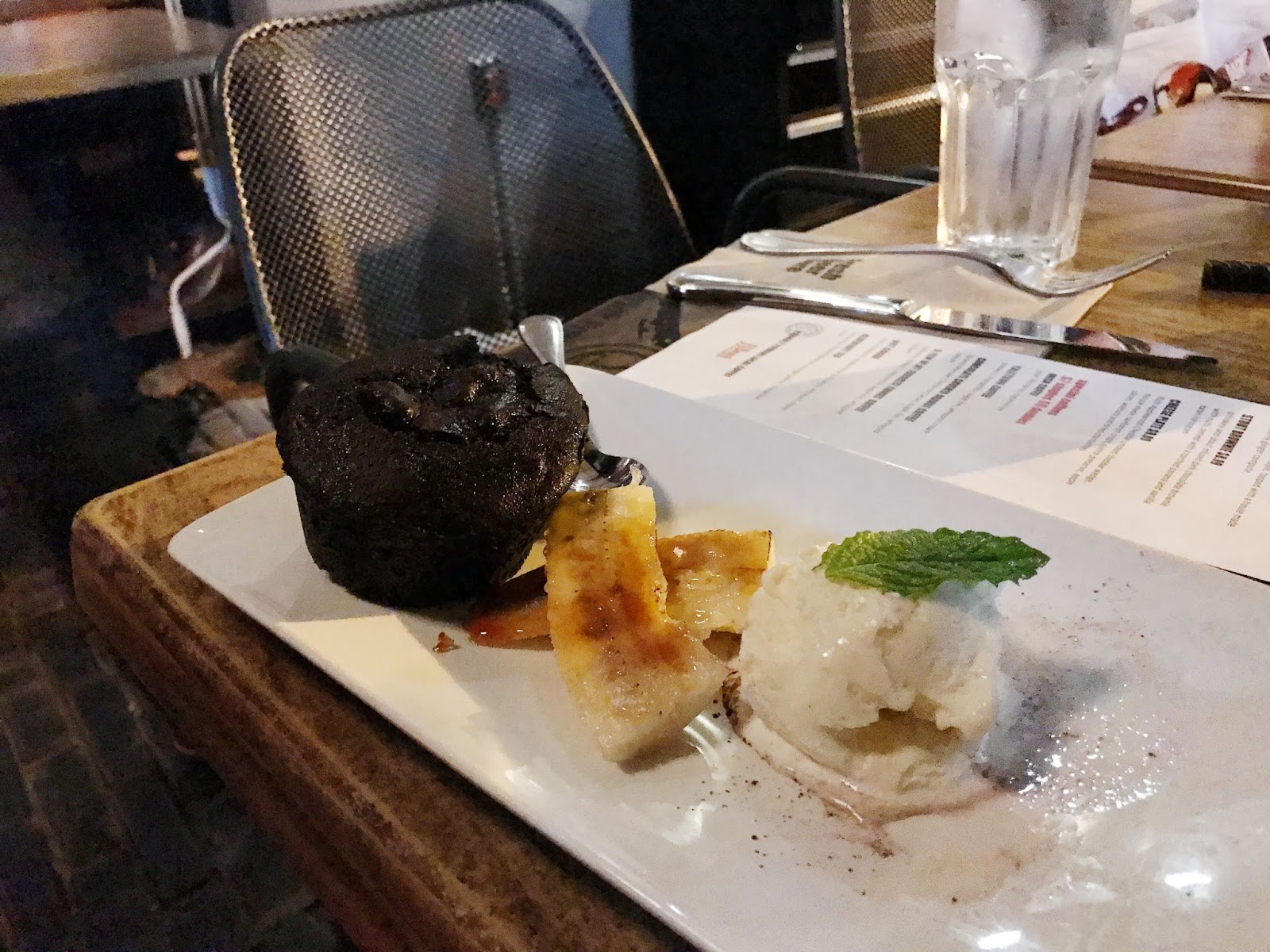 The lineup for Mister was too long; Yaletown Brewery Co. it is! 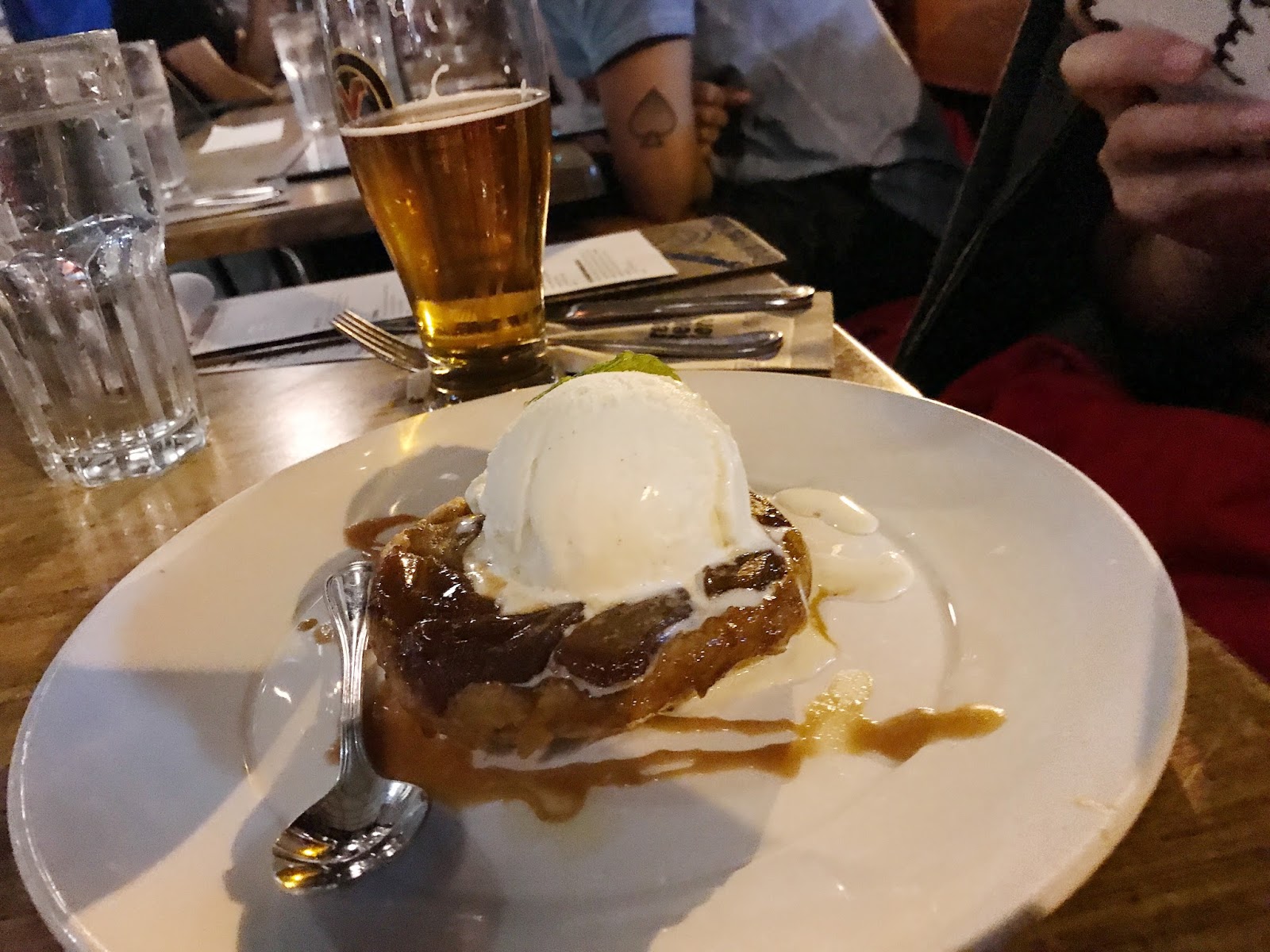