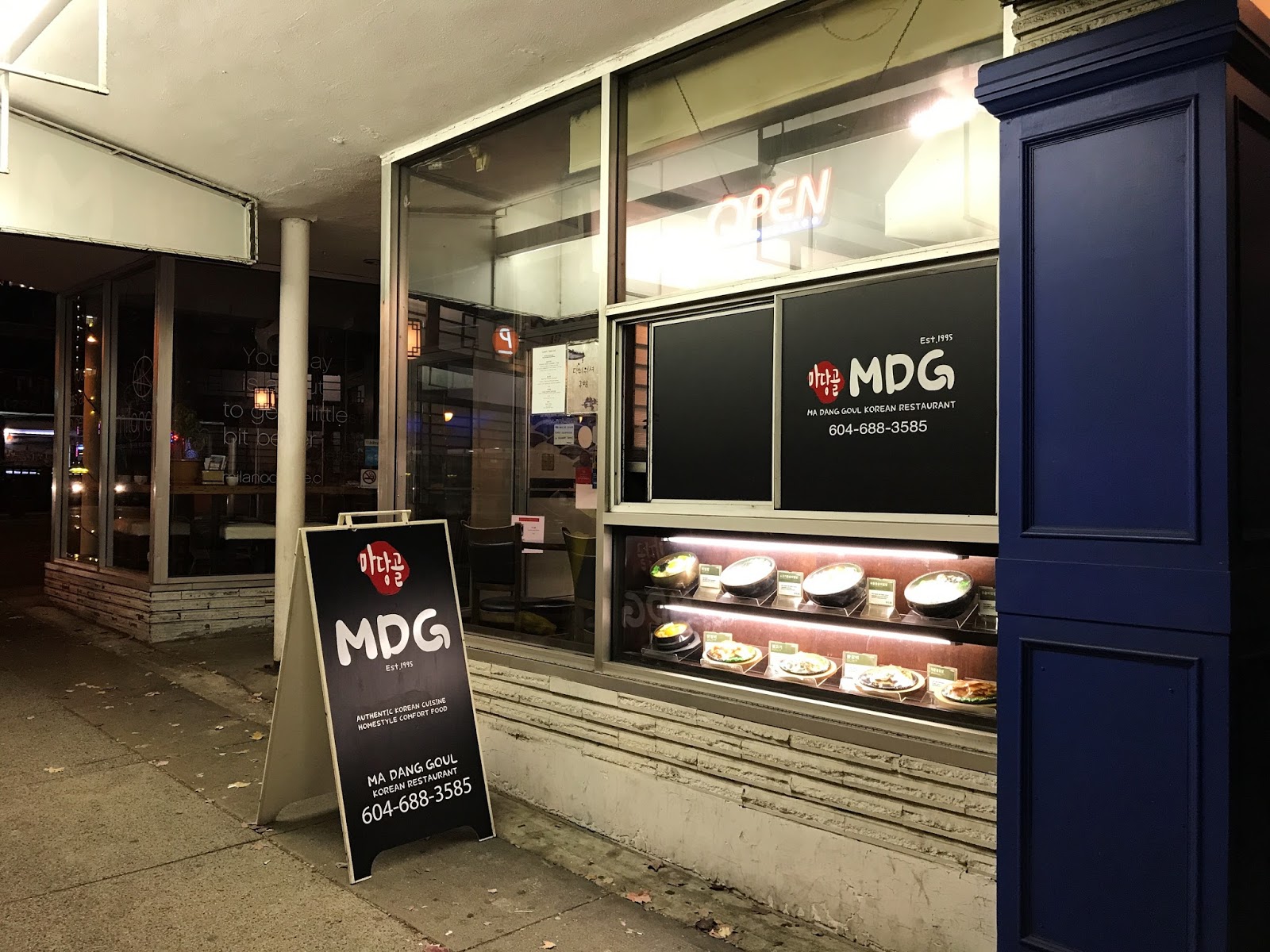 For the longest time I (falsely) assumed that anxiety and stress were strictly confined to the mental/emotional processes of the brain. But lately I've been hit with a new reality: stress can manifest in entirely physical ways.

I've been waking up 3-4 times in the middle of the night for the past few weeks. I've minimized sound and light, yet I'm still waking up every two hours. I'm exhausted. Fragmented sleep does not make for quality sleep.

I talked to my doctor about it, and according to him (and a bunch of articles I read online) it's all down to...stress. I never use to be like this. I've always slept through the night without waking up. But lately...I don't know. I'm just a mixed bag of emotions. Anxious, stressed, depressed...yea, life isn't all that great at the moment.

I've also been getting these really bad migraines/headaches. I have one right now. It has a numbing affect on the brain. It's kind of preventing me from writing properly (you can probably tell from this post.)

That's part of the reason I haven't been blogging lately. That, and the fact that I just finished two midterms this week. My last one is next Wednesday. My stress isn't school related though, that, I know.

Random but: these two really disturbing warts appeared out of nowhere on my foot two weeks ago (gross I know.) Not sure why I'm sharing this here but - my blog is my diary after all. I have to get them freezed with liquid nitrogen every week until they're gone. Boy, things are really looking up for me, aren't they?

So that's whats been going on. Just a 'lil update for you all, if you care to know :) 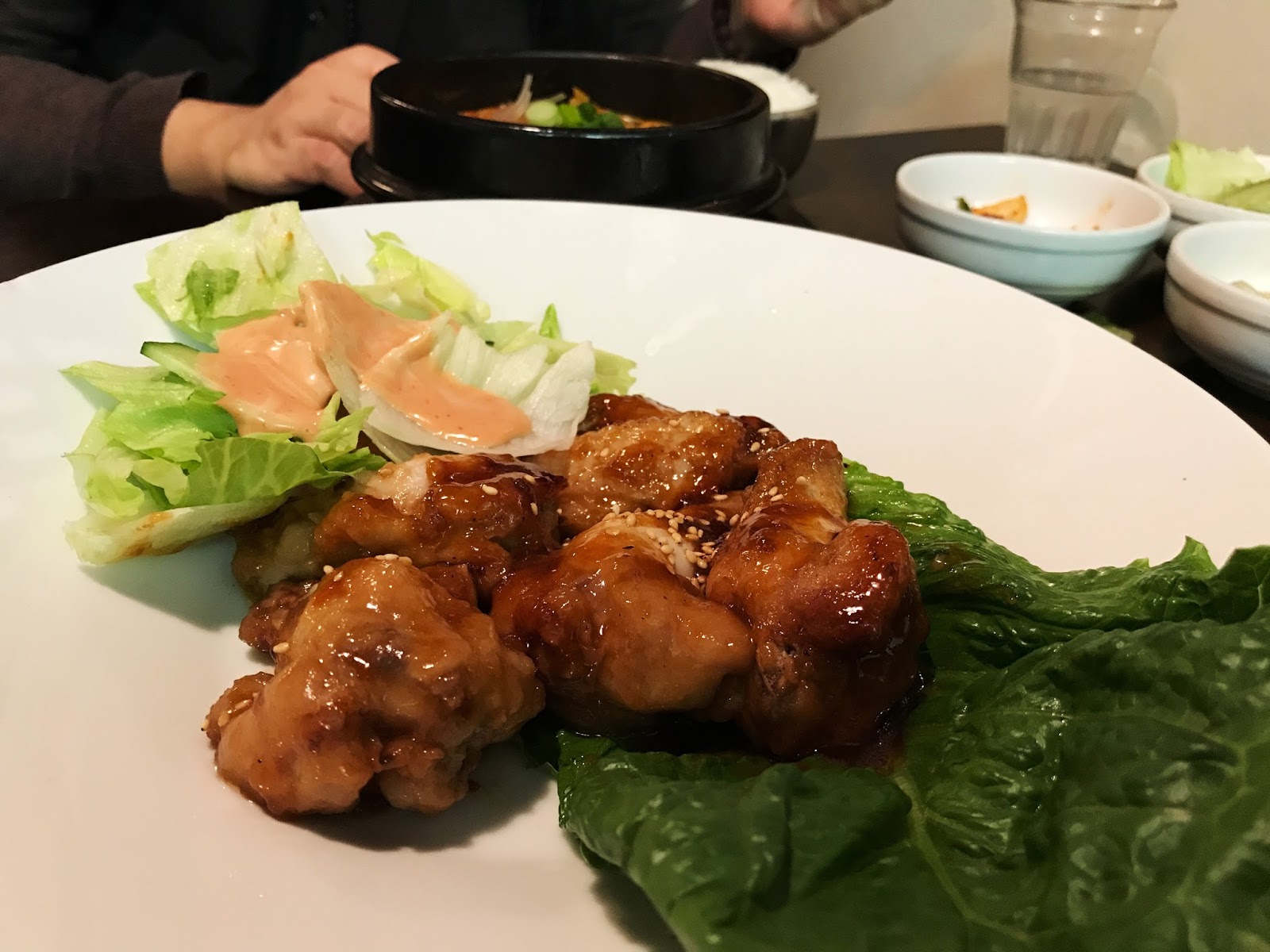 We were expecting these to be deep fried (a la Korean fried chicken) but to our disappointment, they were tossed! They were still yummy though. Sweet, sticky, and syrupy...the wings were deliciously tender as well! 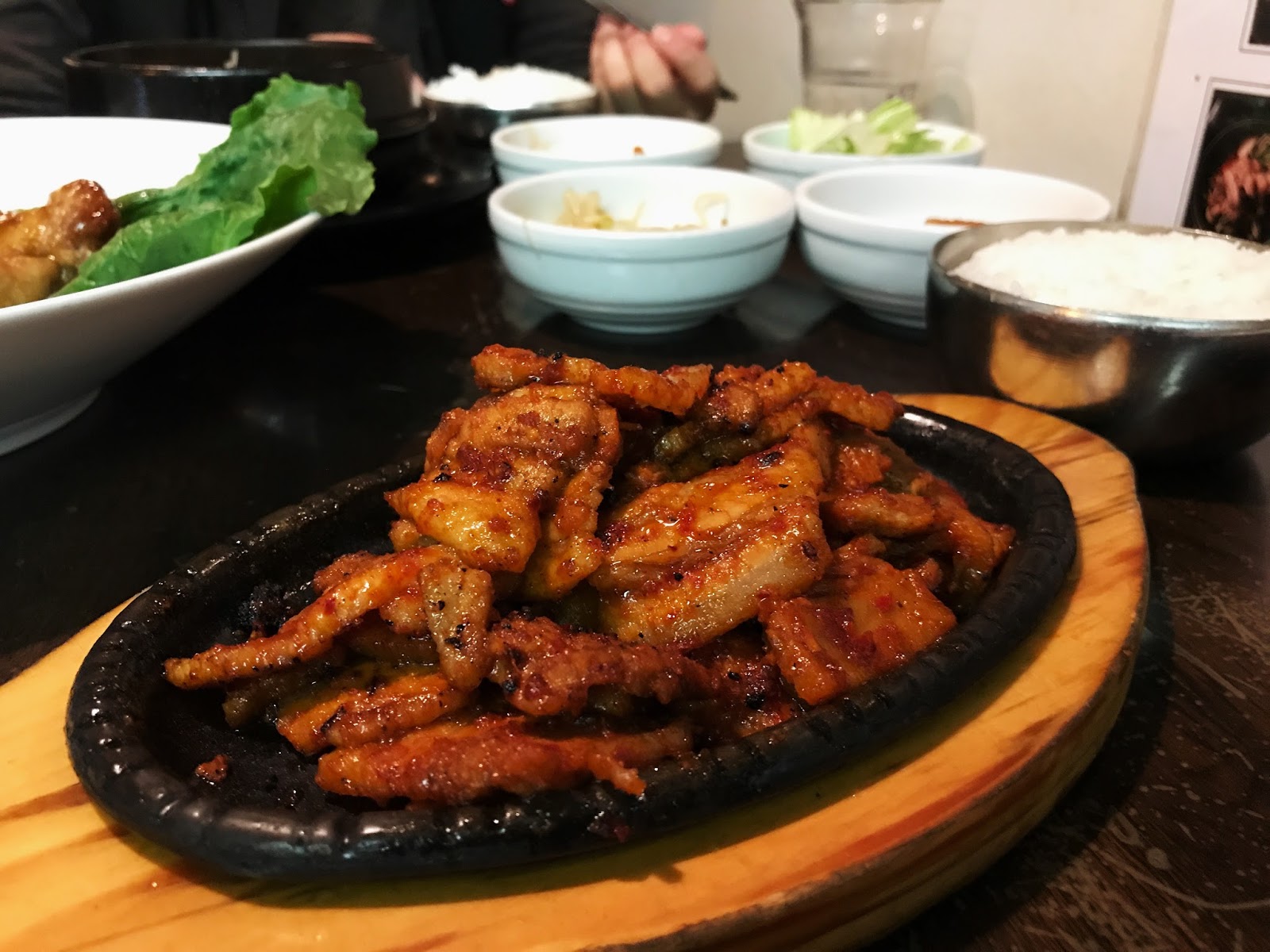 Pork belly is pretty up there on my list of favourite foods. This was pretty expensive and the portion size was kind of small. The pork belly had a nice char to it, as evidenced by the grill marks on the surface. It was characteristically sweet having been brushed with gochuchang. 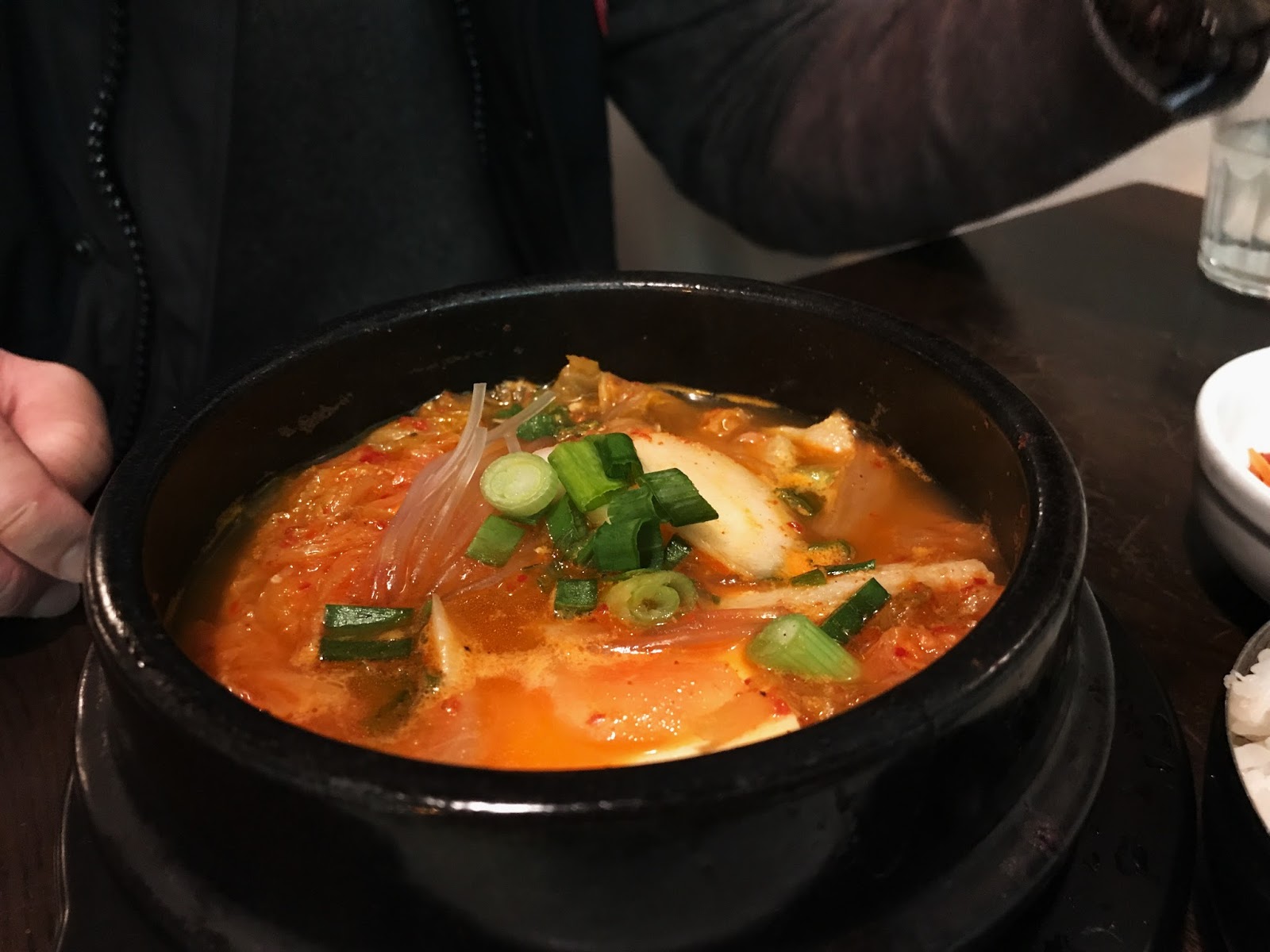 Jeremy had the soondubu jjigae. Good, but unremarkable. It was exactly what we expected, nothing more, nothing less. Very home-y tasting though. But then again, I didn't grow up with a Korean mom so how would I know? 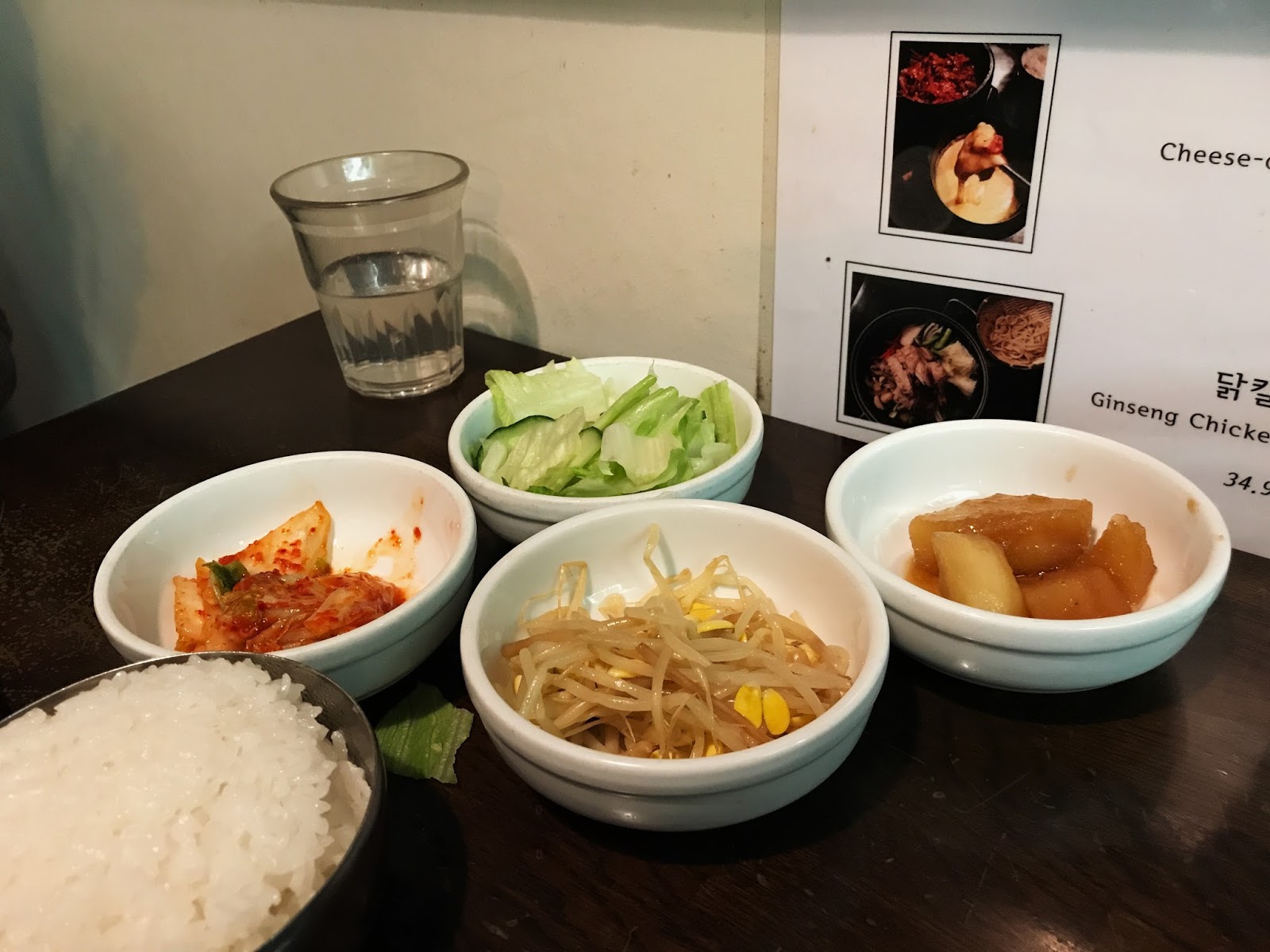 The banchan, which was gladly refilled upon request!