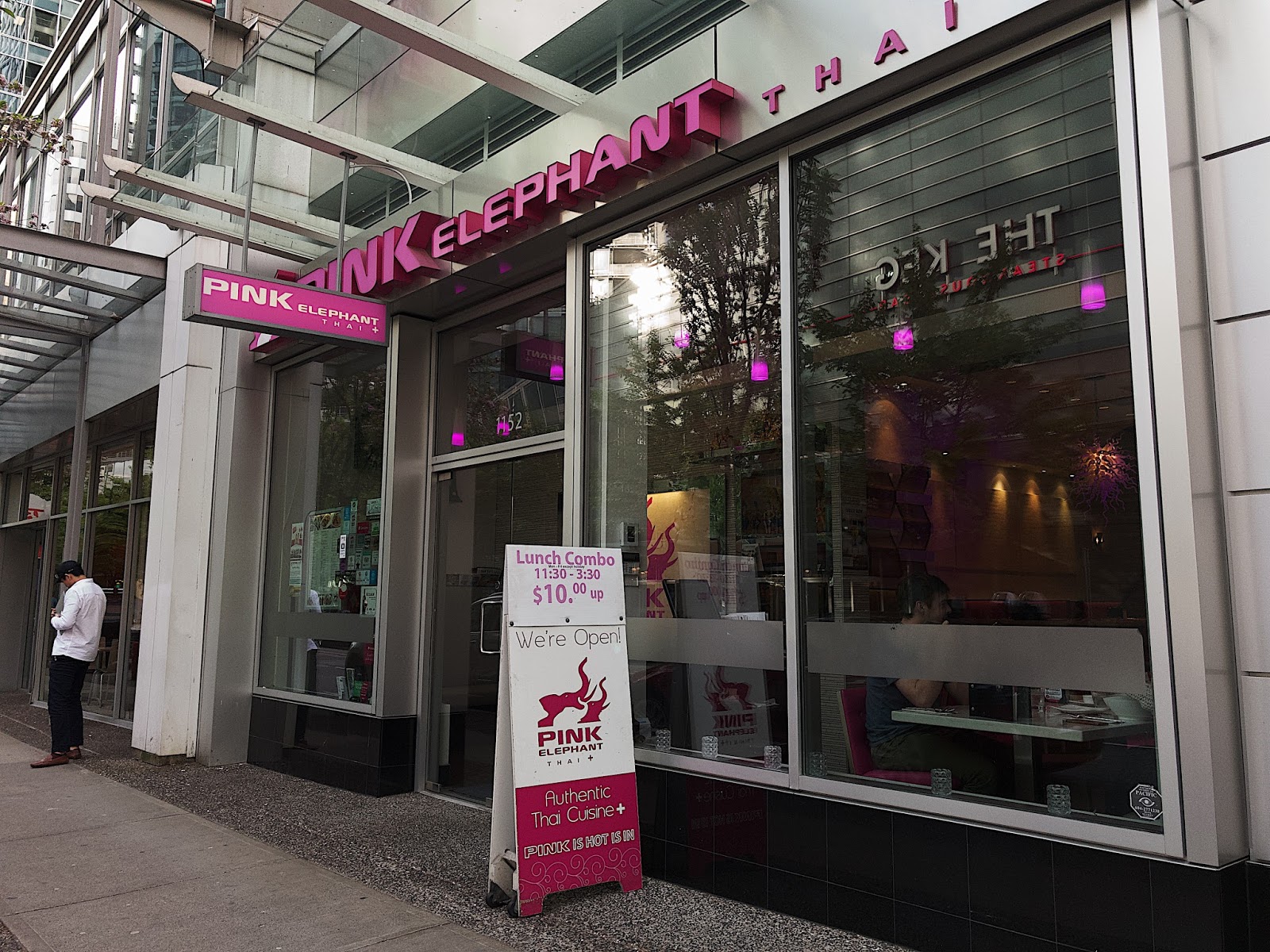 It's been a good year since I last had Thai food.

Last summer Jeremy and I made a habit of biking to Thai Basil on Broadway every other day around dusk for dinner. I would order the pad thai every time, without fail. Now I can't eat Thai food (or pad thai rather,) without associating it with summer of '17.

I know Pink Elephant is far from authentic (i.e. watered down Thai designed to cater to the western palate) but it's something right? A good parallel would be Banana Leaf. Still, you can't help but get sucked in by the gaudy pink decor (it grows on you, I promise.)

In other news, I went to Ramen Taka yesterday (the much anticipated predecessor to the now defunct Ramenman.) Spoiler alert: glowing reviews from both Jeremy and I! He likened it to Jinya (that's when you know it's good.) Blog post coming soon!

Anyone else notice that I used the word "good" three times in this short 178 word of a blog post? Good job Selina, good job! 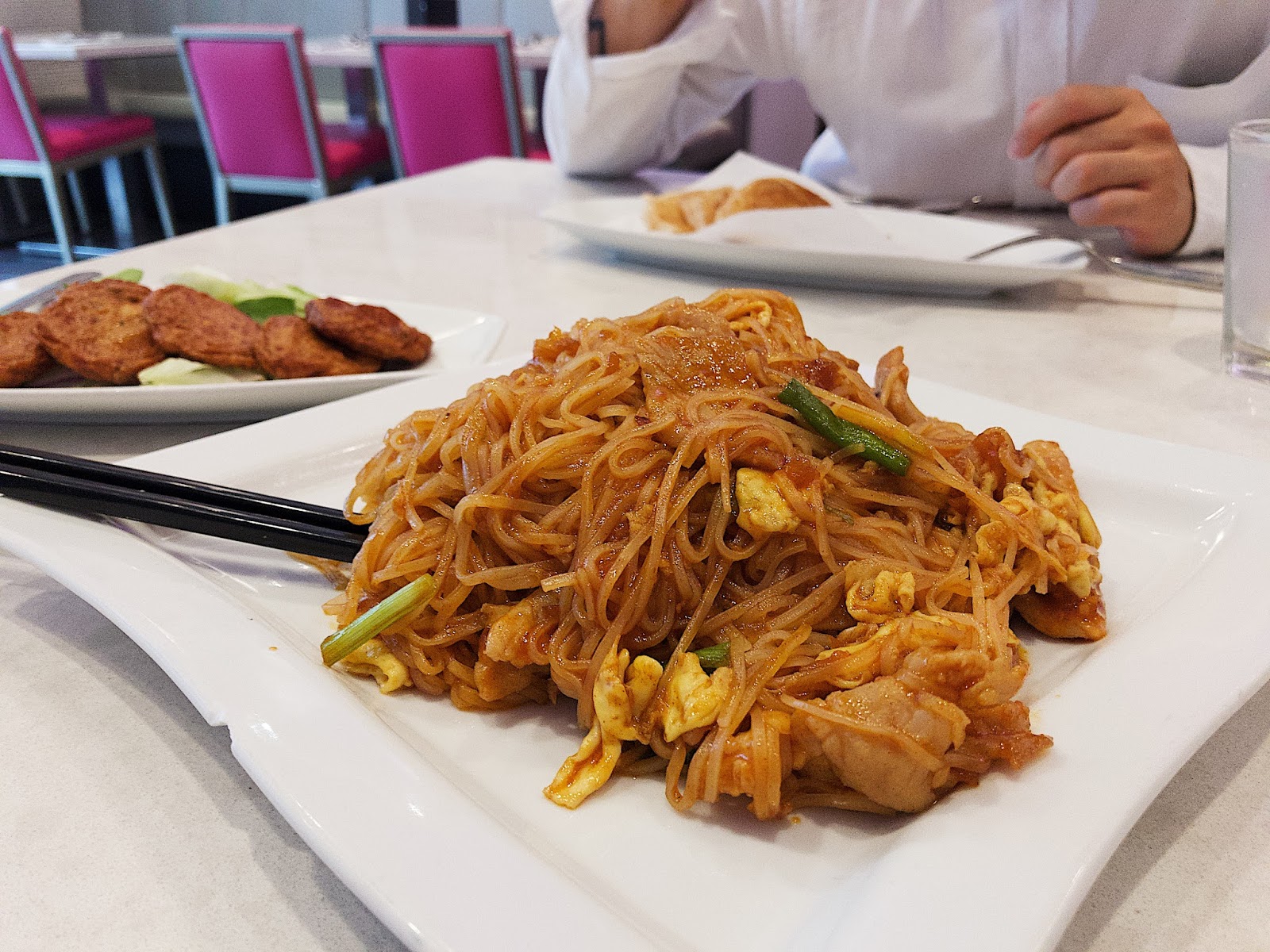 I'm a chop suey fanatic. So imagine my delight when I discovered that this tasted like straight up sweet and sour pork! Well, pad thai sauce is primarily soy sauce and sugar...so sweet and sour isn't exactly a stretch. The sweetness definitely made it taste more westernized. Would've preferred if it was a tad bit more fish saucy (the ketchup flavour was pretty overwhelming, to say the least.) 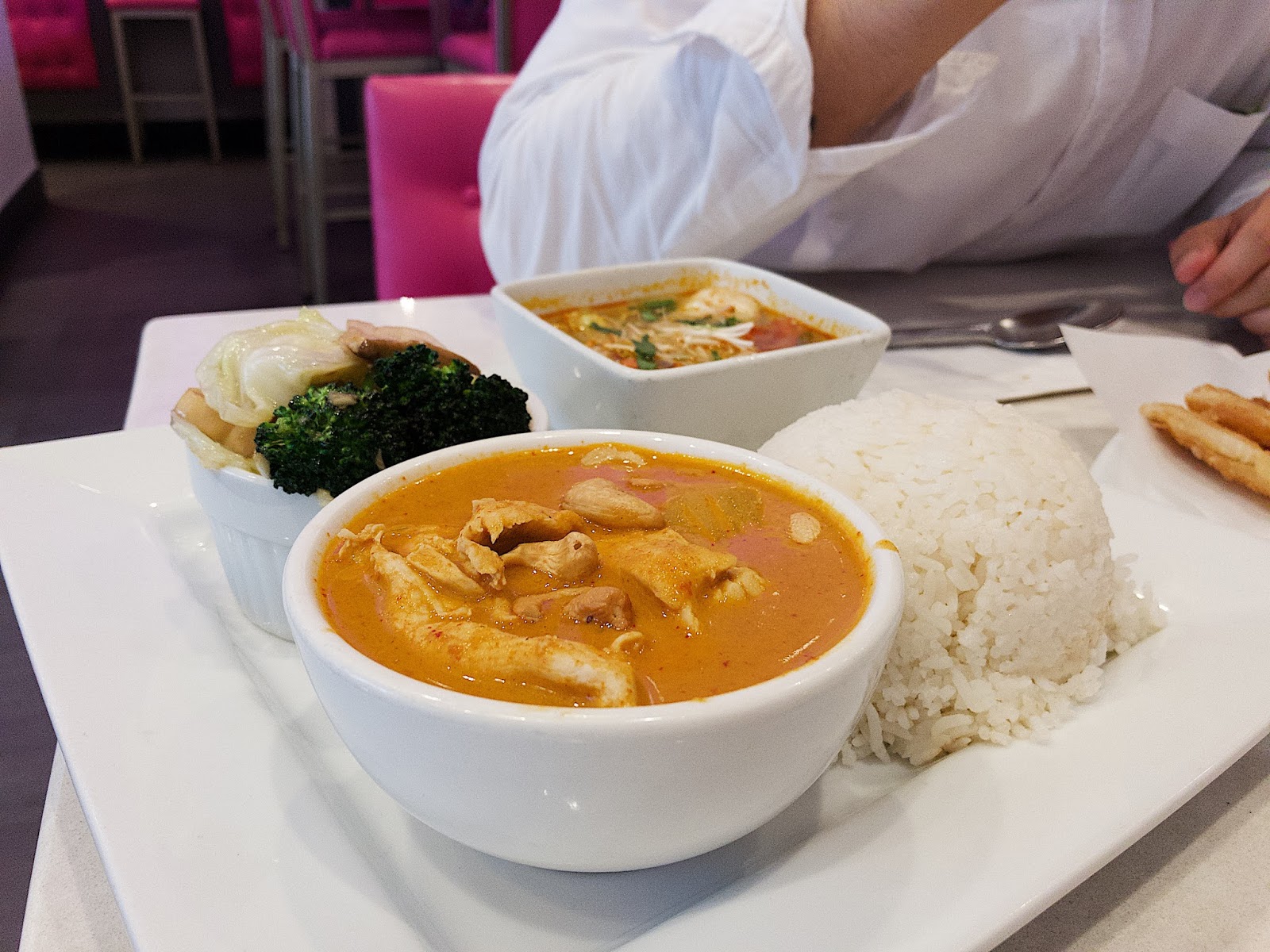 Jeremy had the green curry combo! He didn't really comment on it because we were busy catching up but he seemed to enjoy it. (For reference he use to spend every summer in Thailand as a kid.) 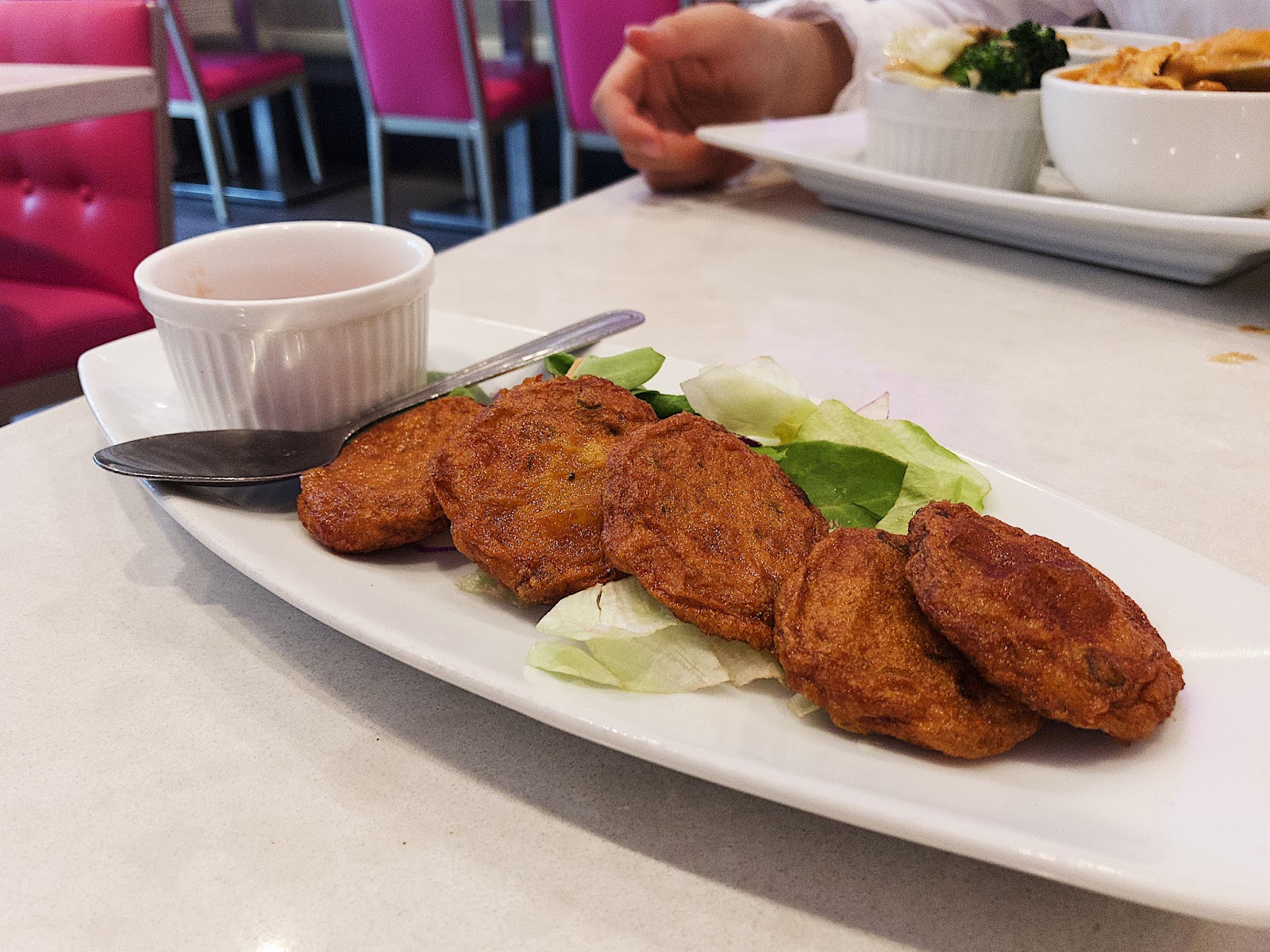 This was good. Had that predictable fish cake-y taste to it; very bouncy in texture. Nicely fried and plenty flavourful too! 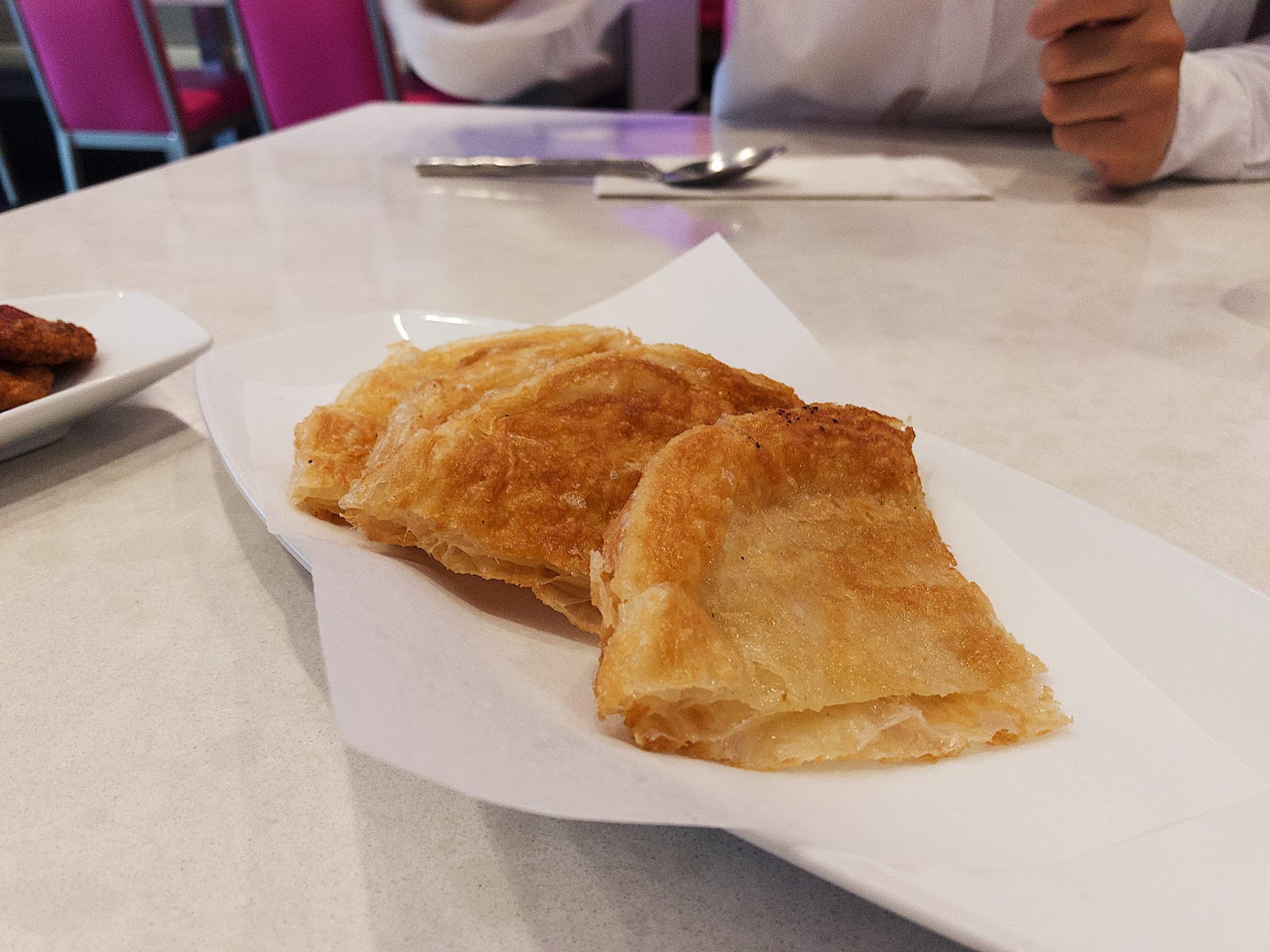 This came with the green curry combo for an extra $3. First impression: OILY. Roti is suppose to be oily but this was by far one of the oiliest ones we've ever had. Flavour wise, not bad!