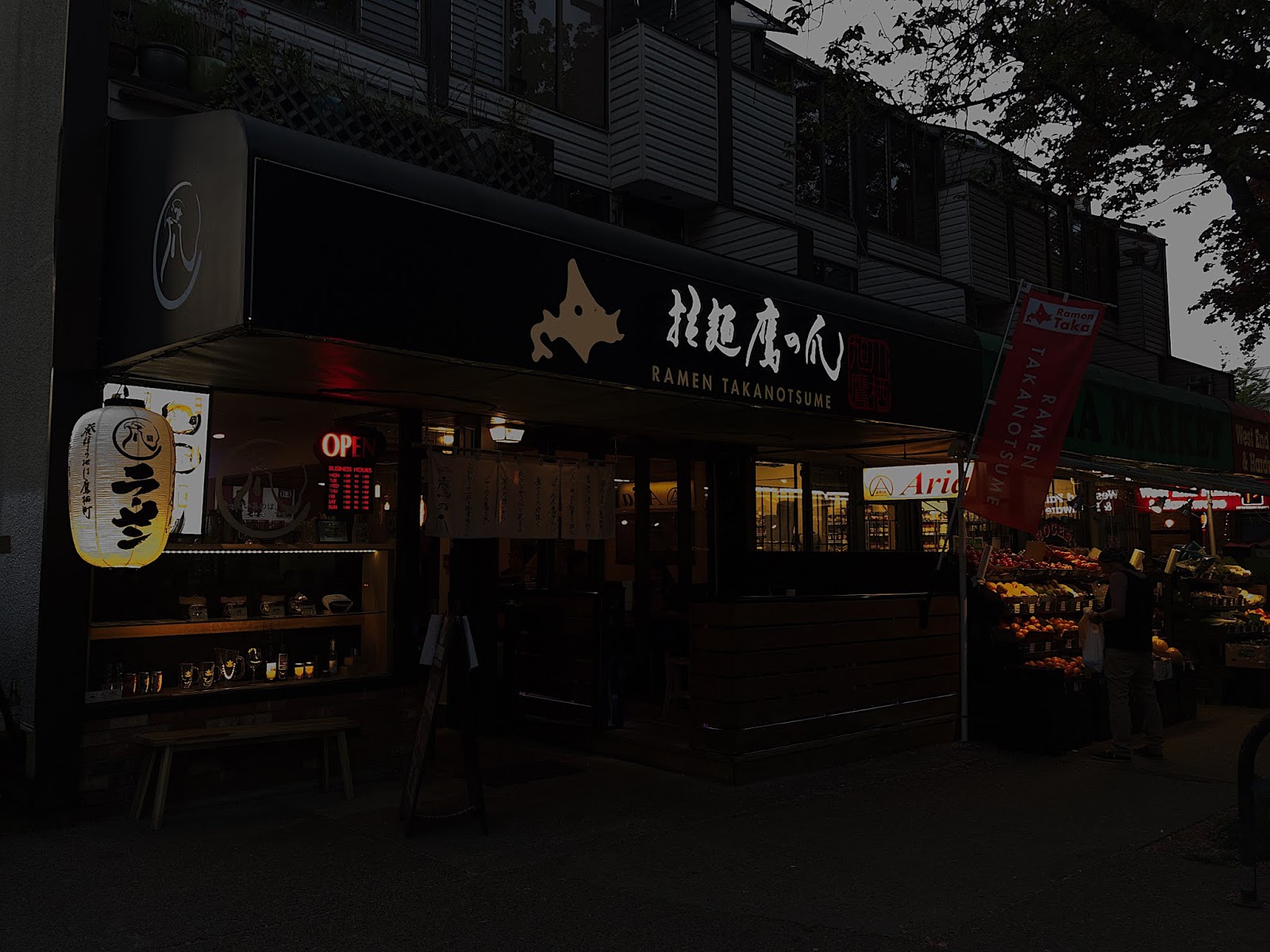 I had the ODDEST thing happen to me recently.

If you keep up with my instagram stories, you'll know that I recently started taking CBD for my speech and OCD. I've been testing it out and it actually helps quite a bit (granted I still stutter but to a lesser degree.) Will my speech impediment ever escape me? One can only dream.

A side effect I didn't expect? Everything tastes overwhelmingly sweet or salty now! The first few times I thought it was the food (why did they put so much sugar in this?!) but after it started happening at every meal, I knew it had to be my tastebuds.

I know cannabis in general magnifies your senses but I didn't think it would be to this extent. Everything just tastes so intense now! Being a food blogger, I guess this kind of plays in my favour (or should I say flavour.) Heh. Would it be apt to call myself a supertaster now?

Anyways...how do you guys think Taka will fare in the ever competitive climate of Robson/Bidwell? We tried the newly opened Ramen Koika a few weeks back and were only mildly impressed. With so many ramen places in the vicinity (Santouka, Marutama, Kintaro, Takayama, and now Ramen Taka,) one really has to stand out in order to survive!

We also ordered the gyozas, which were BOMBBB (they were skillet style ~ think Gyoza Bar) but for some reason the pictures disappeared from my phone (that or I forgot to take them.) 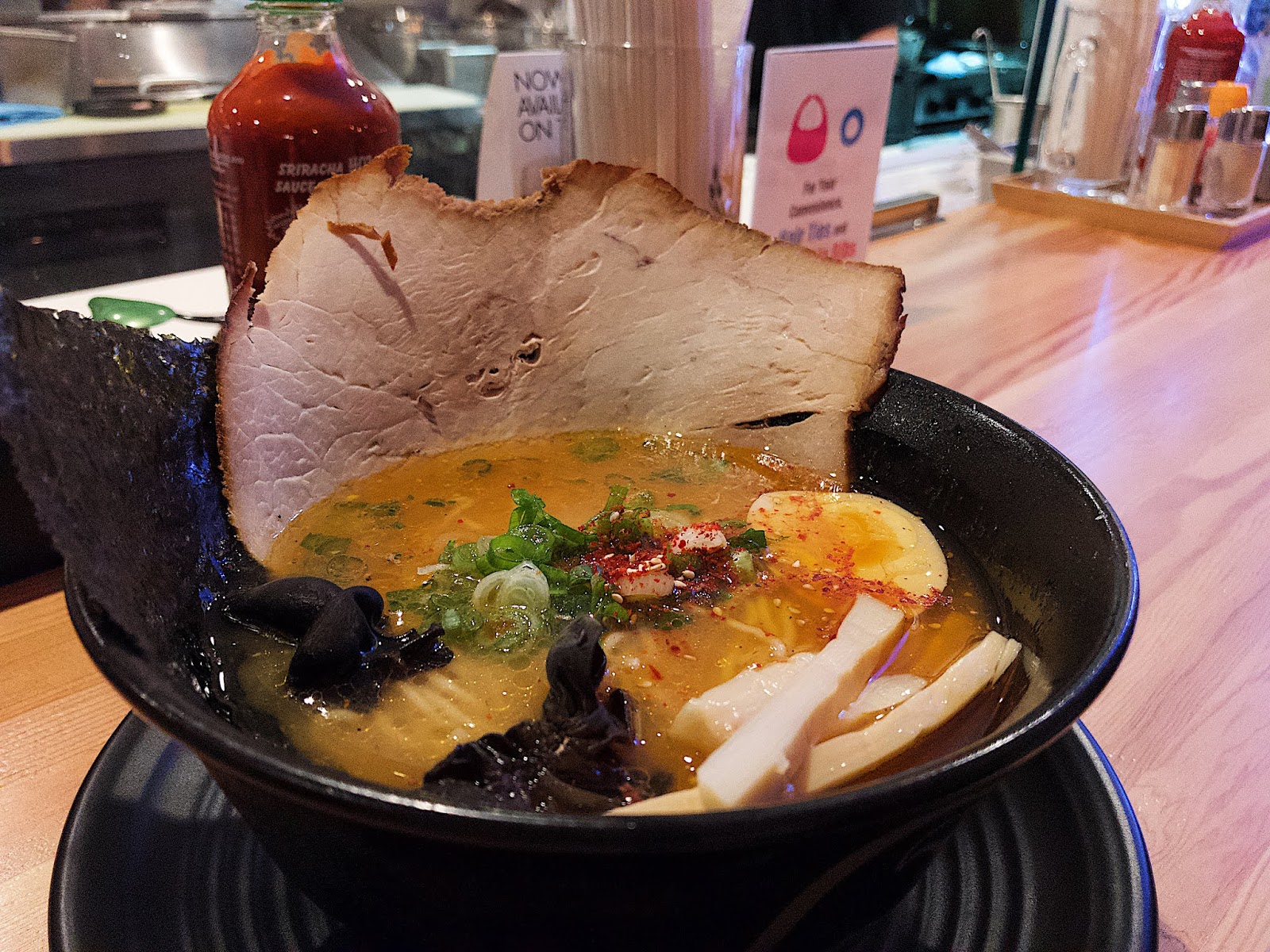 Jeremy opted for the miso ramen and boy, was he floored! He couldn't stop gushing about it for the whole meal. He devoured his bowl in no time at all and added a kaedama.

Update: We went back to Ramen Jinya a few days later and he again concluded Jinya to be his favourite ramen place. Taka is a close second though! 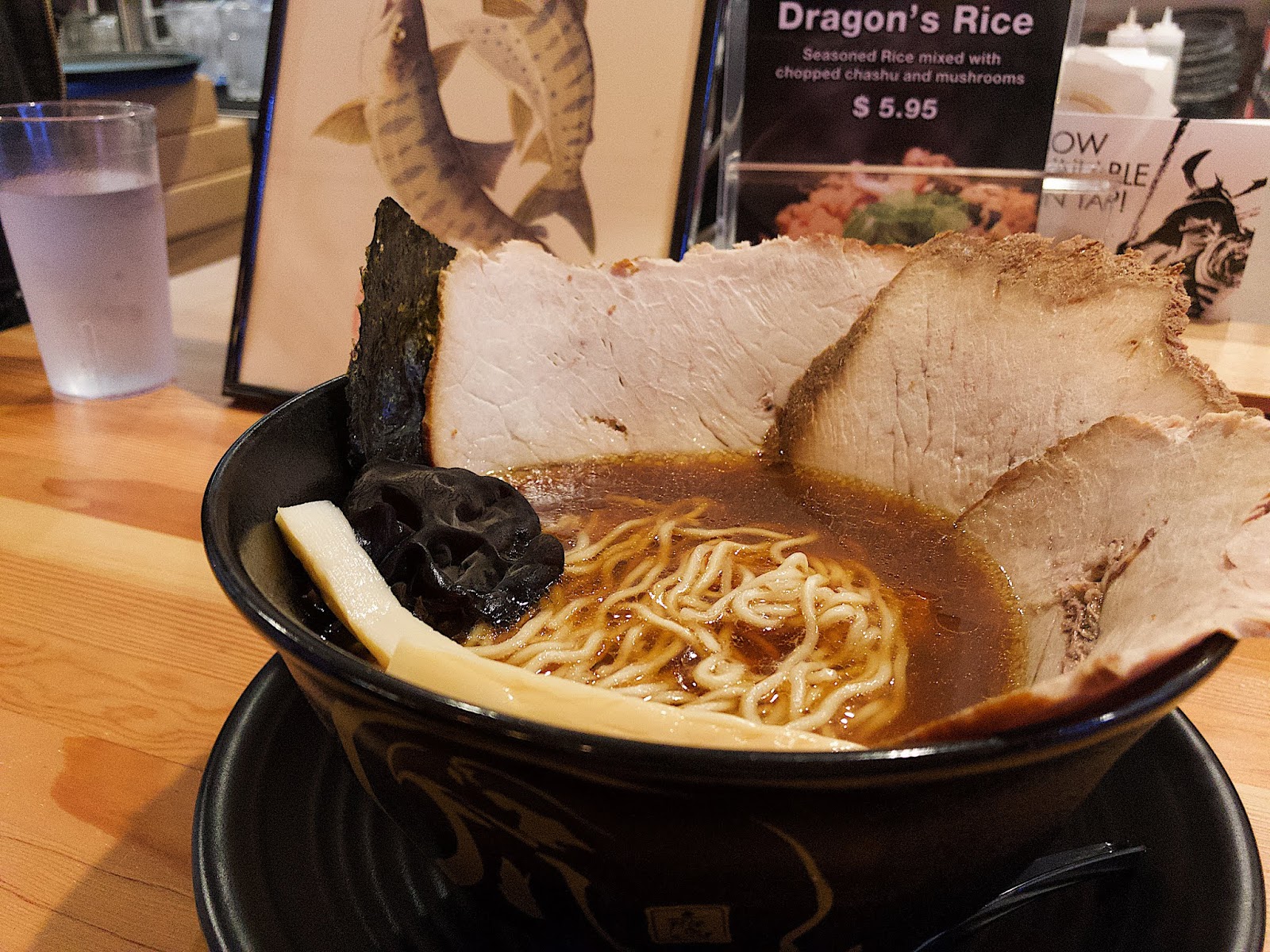 Very respectable, very respectable indeed! Judging from the noodles alone, you could tell that this was a quality bowl of ramen. The broth was quite light, albeit a touch oily. The char siu was where it fell a bit flat for me. I prefer fattier cuts as lean meat tends to veer on the dry side. Again, it's all down to personal preference! 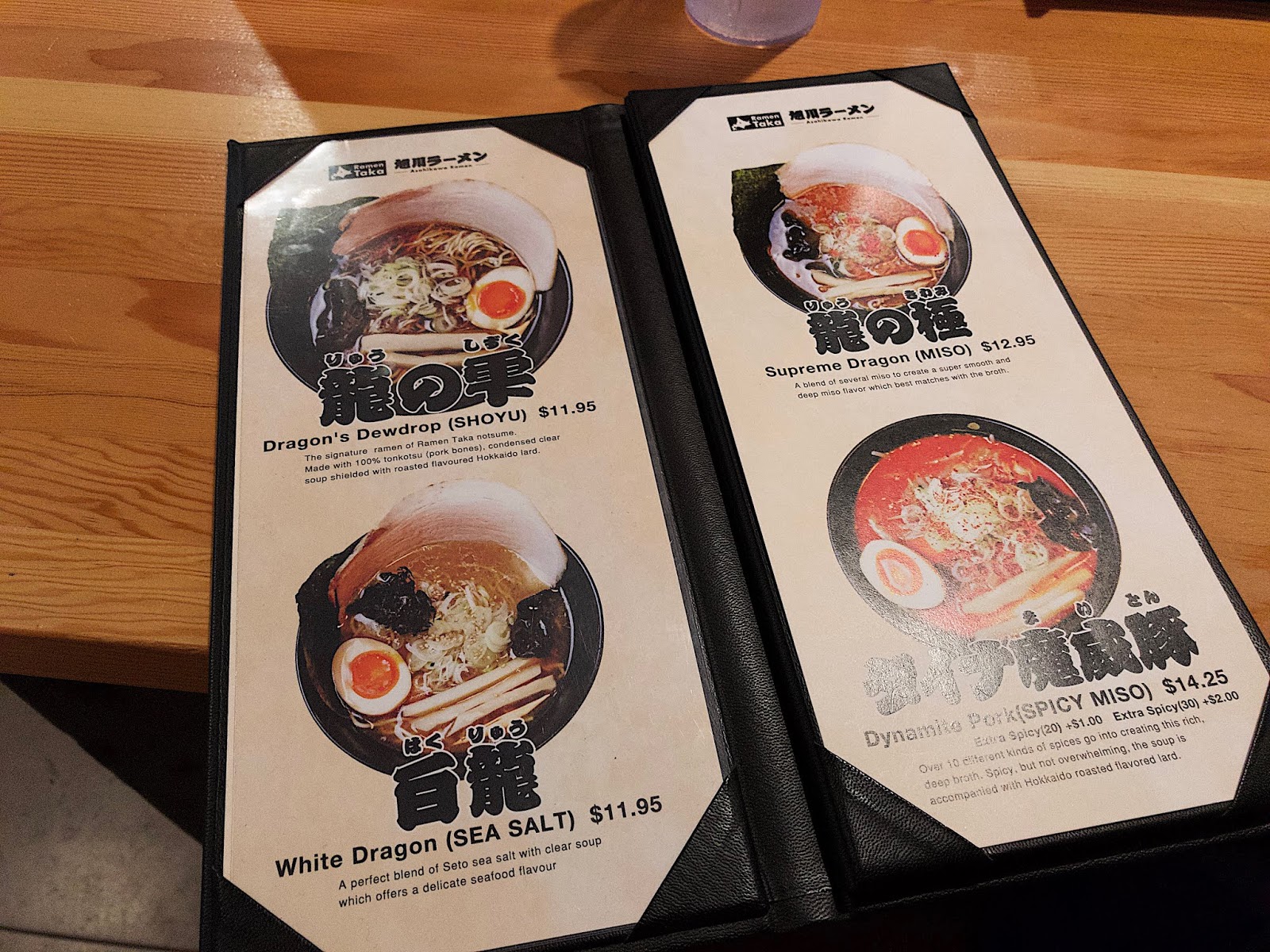 Here's a look at their menu! (Click to Enlarge.) 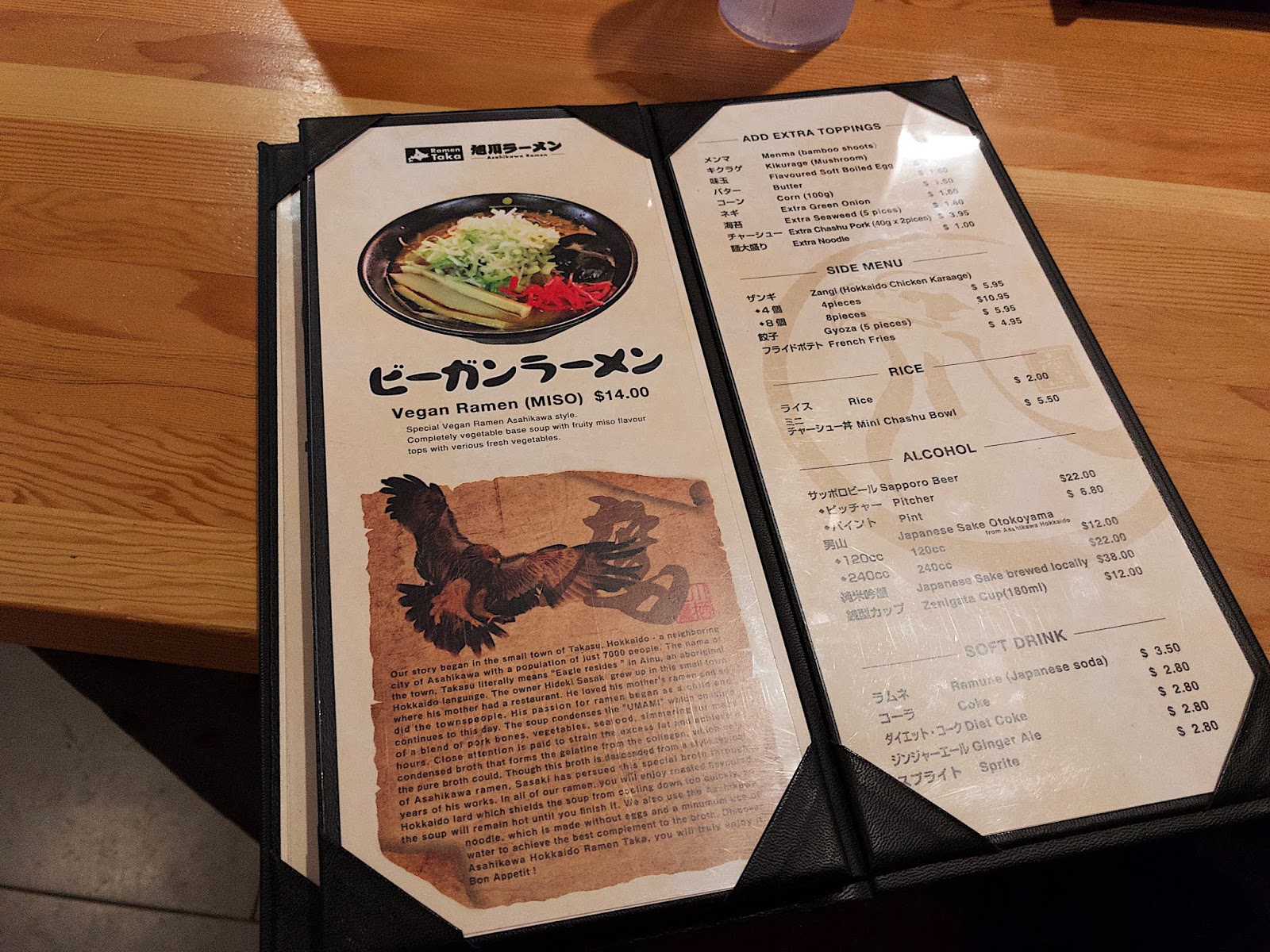