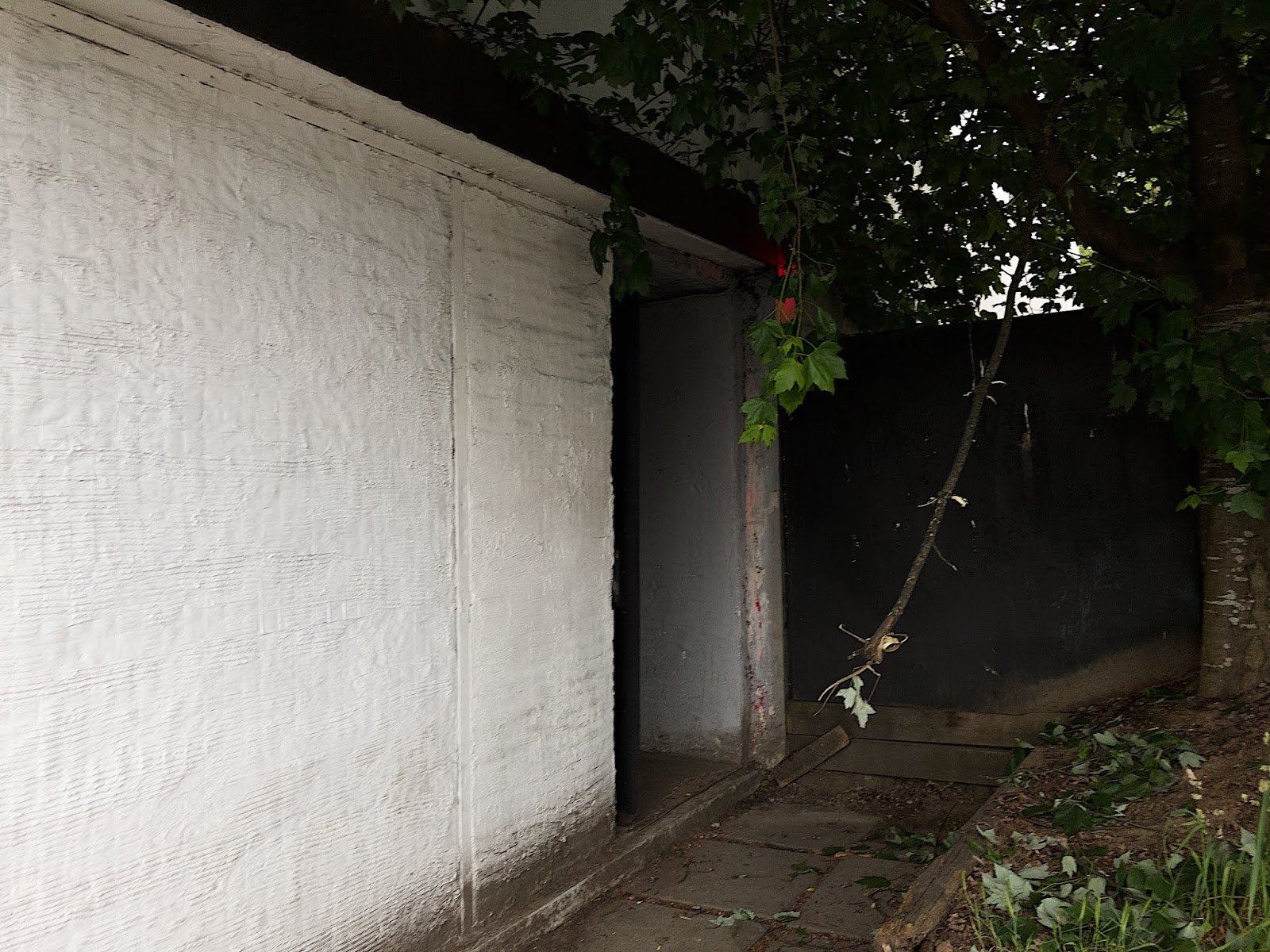 OMG...no way it's been 2 months since I lasted blogged. No. Freaking. Way. It was 3 weeks the last time I checked!! Wowww. The rate at which time escapes you, I swear.

I missed you guys!! Really did. I try to post every week but my OCD really gets in the way sometimes...if a blog post isn't 110% perfect I put off posting urghhh. Days turn into weeks and then weeks turn into months...URGHHH. Sorry guys ❤️

Anyways...I've been keeping myself busy, working on that "secret" project of mine (it won't be a secret for much longer...I promise!) Keep your eyes peeled for a reveal post in the near future!

Today's blog post features Cormac @beastvaneatvan, a longtime reader of mine (he's been following Vancity Noms since 2015!) Prior to our Main Street Crawl we actually went to the Richmond Nightmarket together! Speaking of the nightmarket...I actually went again YESTERDAY, with Raymond 😂(all hell broke loose...I'll tell you that much.)

When Cormac said crawl, he wasn't kidding! We covered GROUND. Places we went to (in order:)

Mind you, we went to all these in the span of 6 hours (that's not even an hour at each!) I wasn't even that full by the end of it... 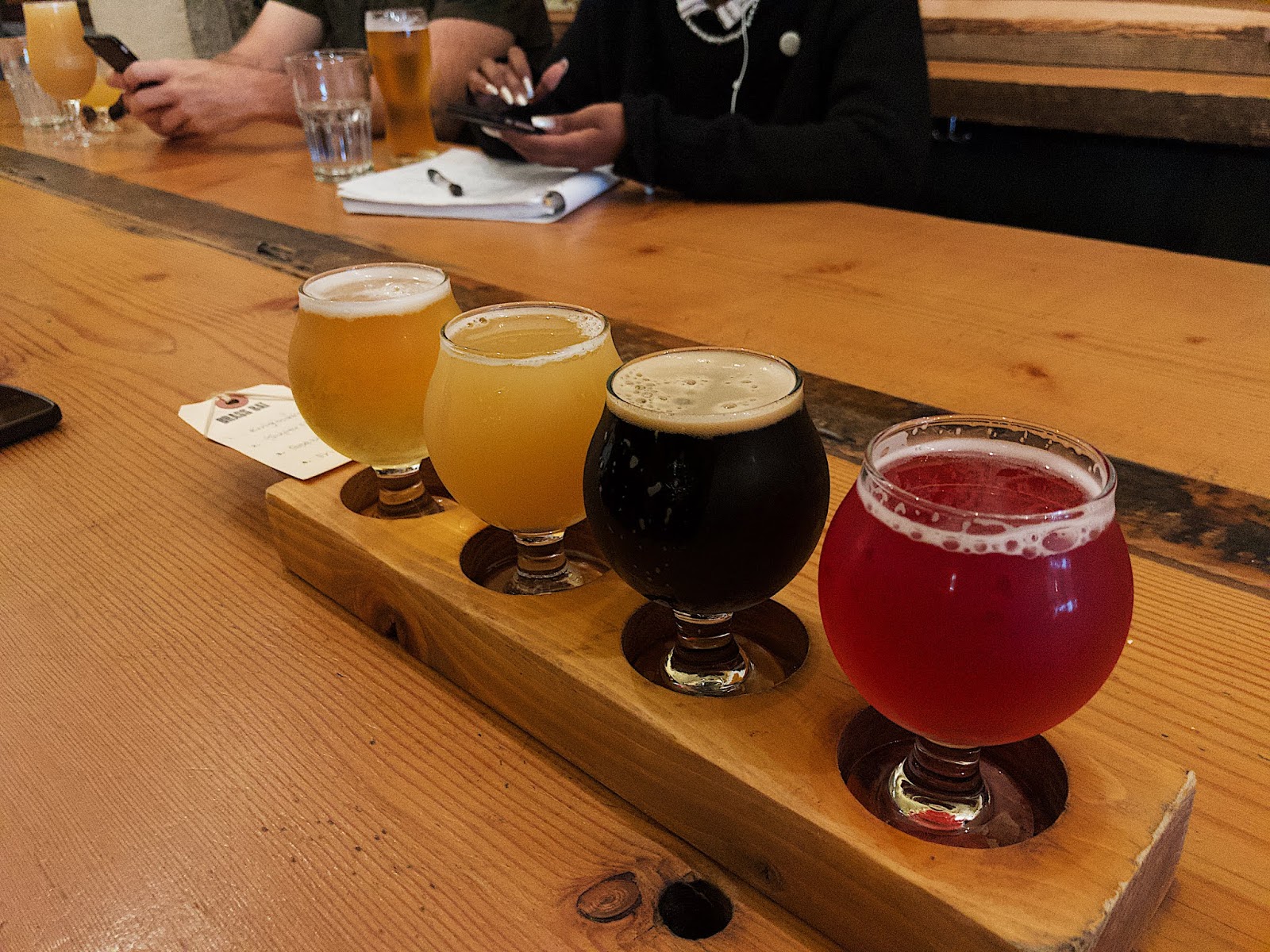 First stop: Brassneck, for some of the best beer Main Street has to offer! I'm not even going to attempt to describe these. I forgot which ones we ordered but the red one was super tangy. Very wine like. The darker one tasted like it was infused with a coffee of some sort! 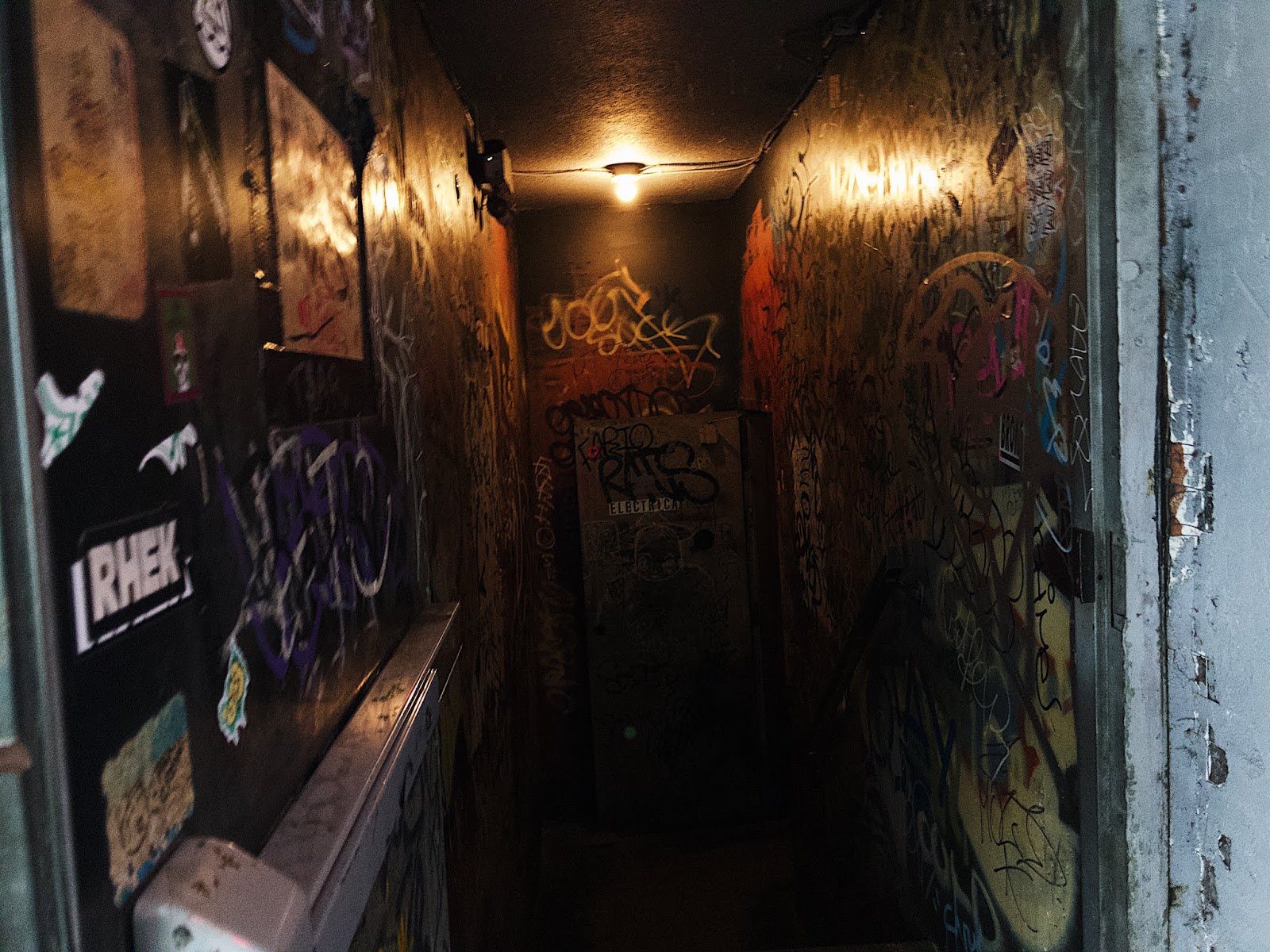 Second stop: the Narrow Lounge! This is their entrance! 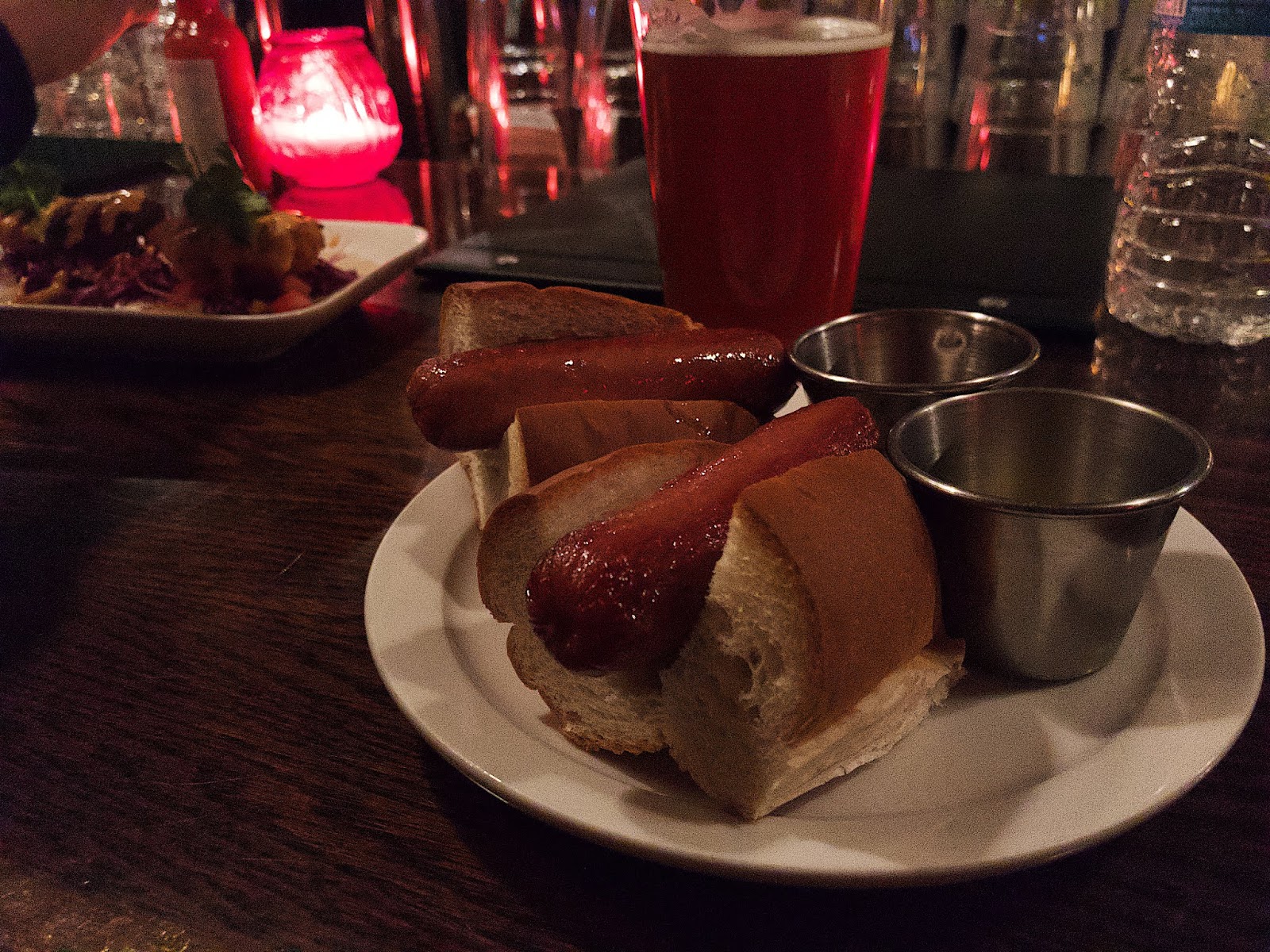 These would've been delightful if it hadn't been for the salt. The dogs themselves were wayyy too salty. The buns however, having been toasted, were appealing soft and crusty. 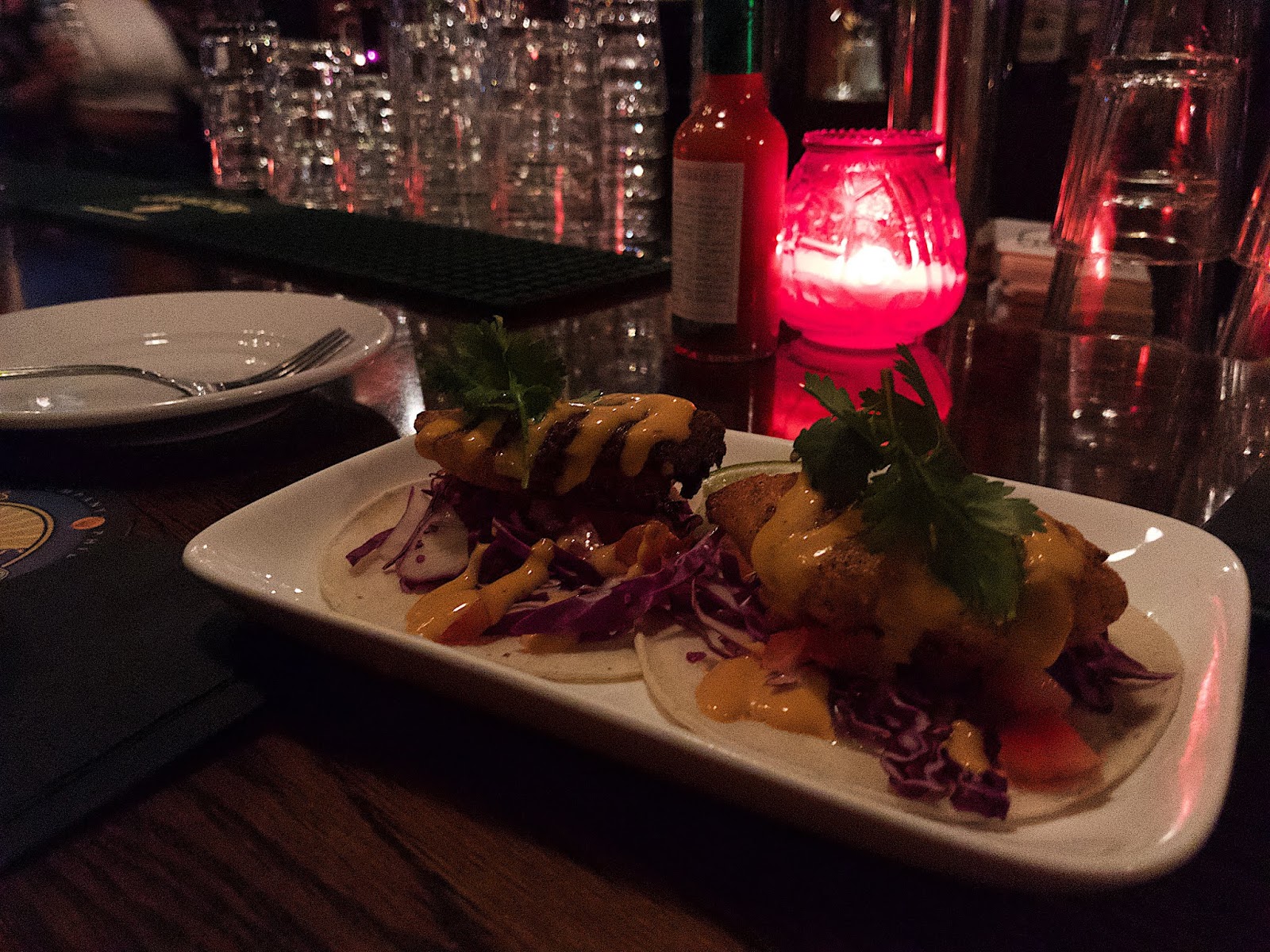 Cormac had the fish tacos, and he liked them! Appealingly crunchy with a soft interior and a generous amount of sauce, these didn't make for a bad snack! 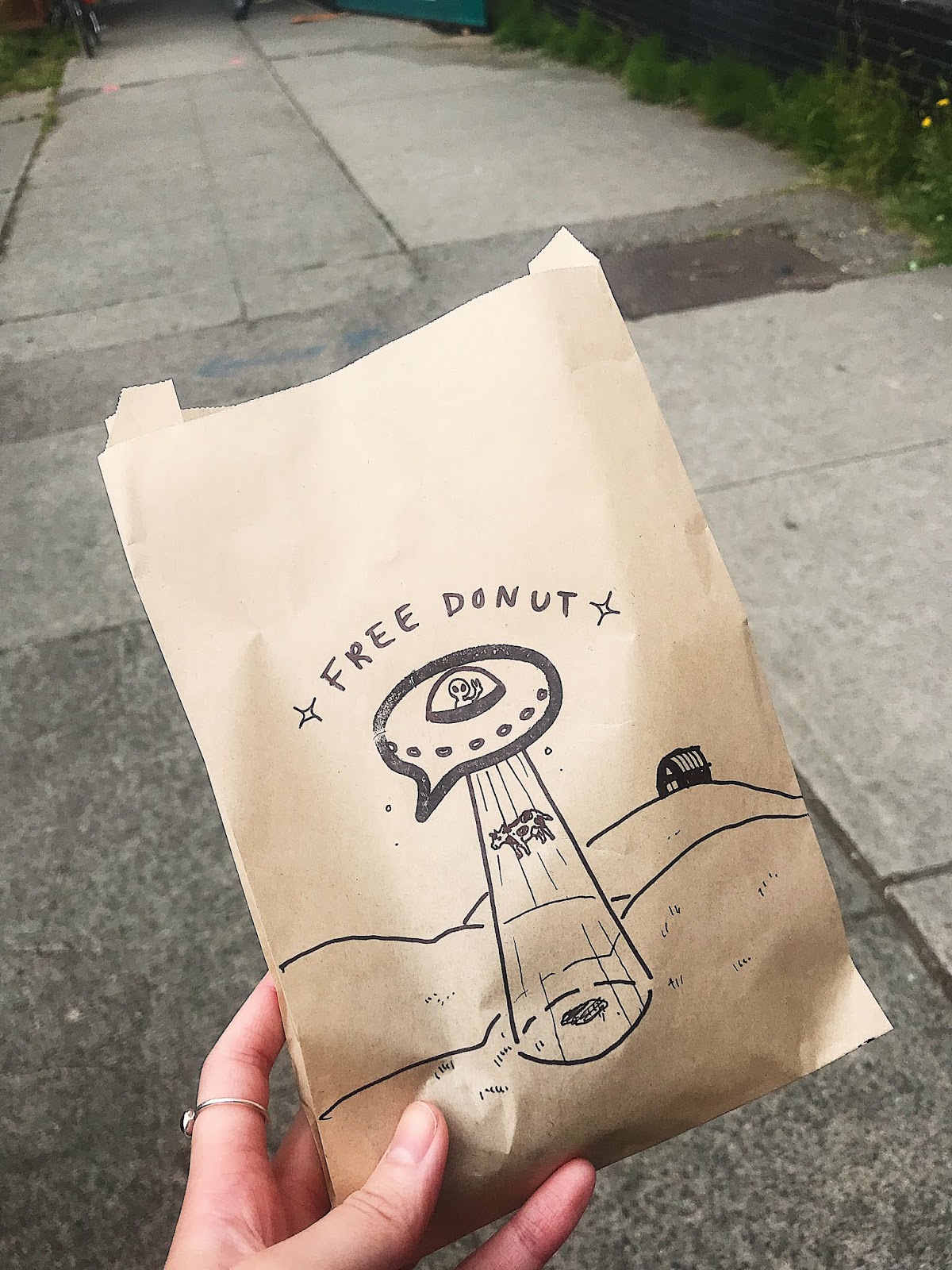 I GOT A FREE VEGAN/GF CHOCOLATE DONUT FROM CARTEMS!!!!
(Cuz I drew the free donut bag hehehe.) What can I say? Luck of the draw ;) 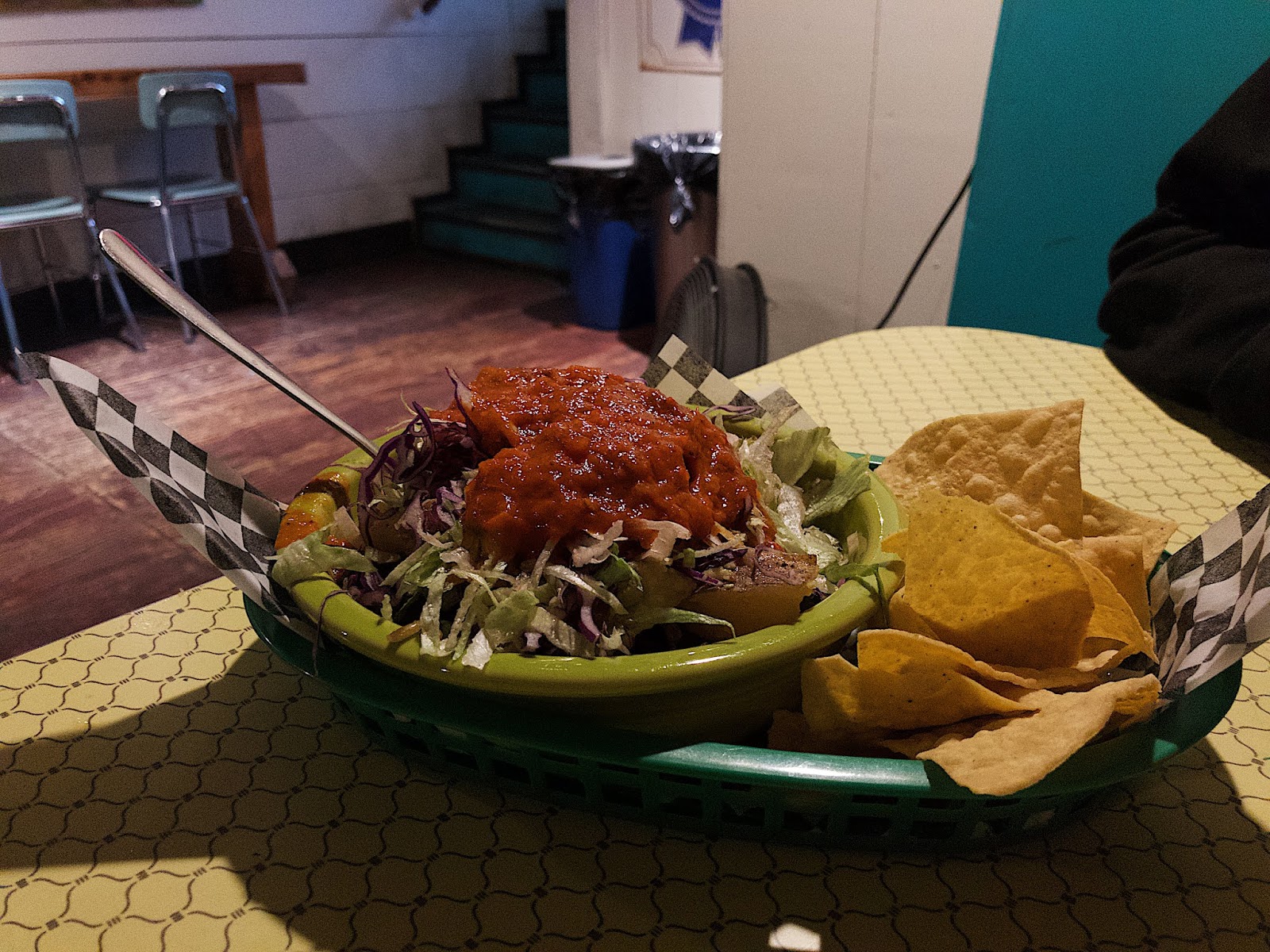 How many pseudo Mexican places offer Daiya as an option? Answer: None...besides Budgies! Budgies finally showing us some nut-allergic folks some love! (Cashew cheese is all too rampant.) For that reason alone Budgies warrants 4 stars!!! The burrito bowl itself was loaded and packed a punch. The garlic and lime roasted potatoes just hit the ball out of the park! 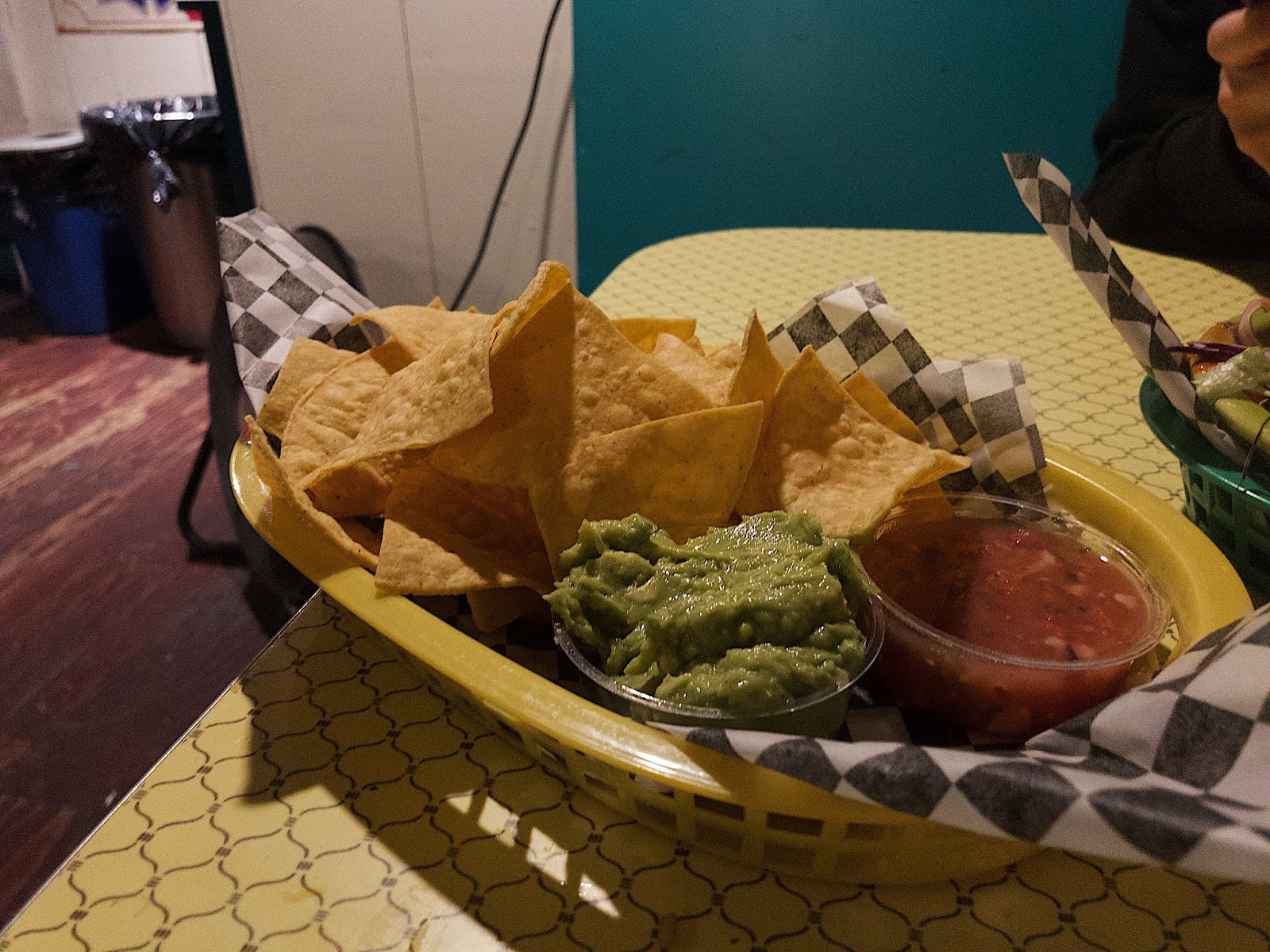 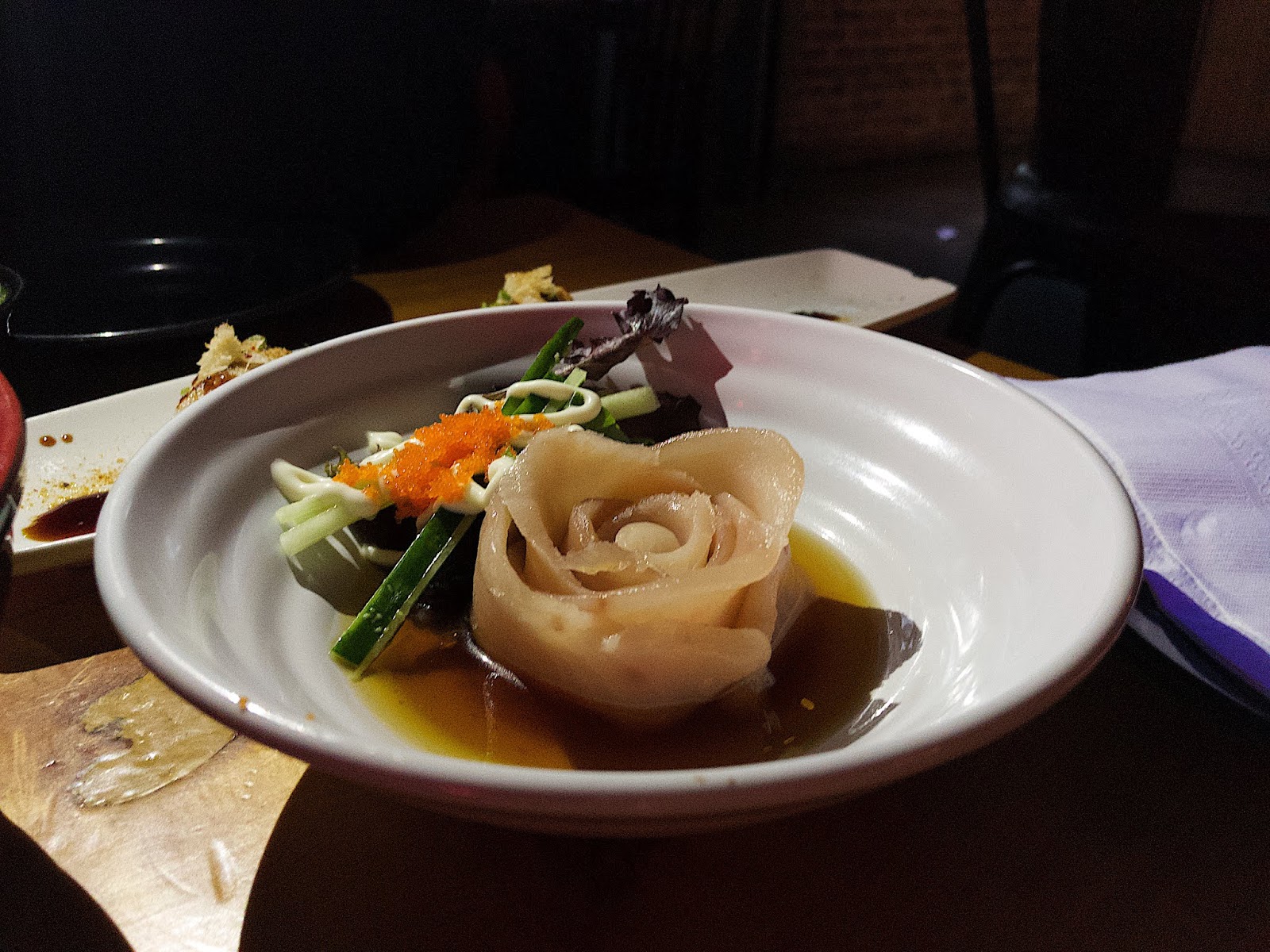 Not going to lie...we were sucked in by the gimmicky name. The tuna sashimi wasn't half bad! Sat in a ponzu sauce of some sort. Nice and light! 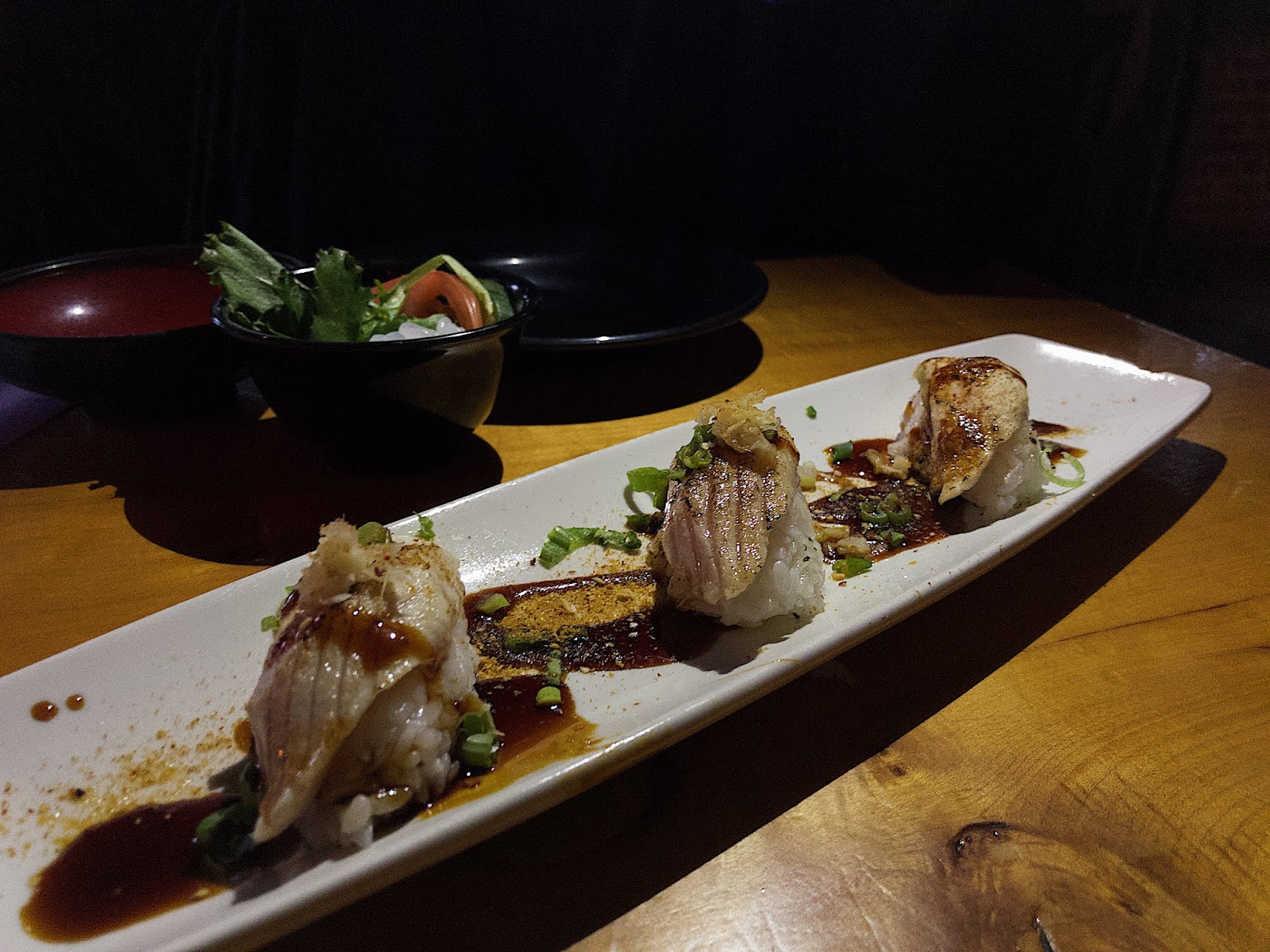 For a non authentic establishment, the aburi was respectable...tasty! Toro quality was decent. The bonito flakes were a nice touch! 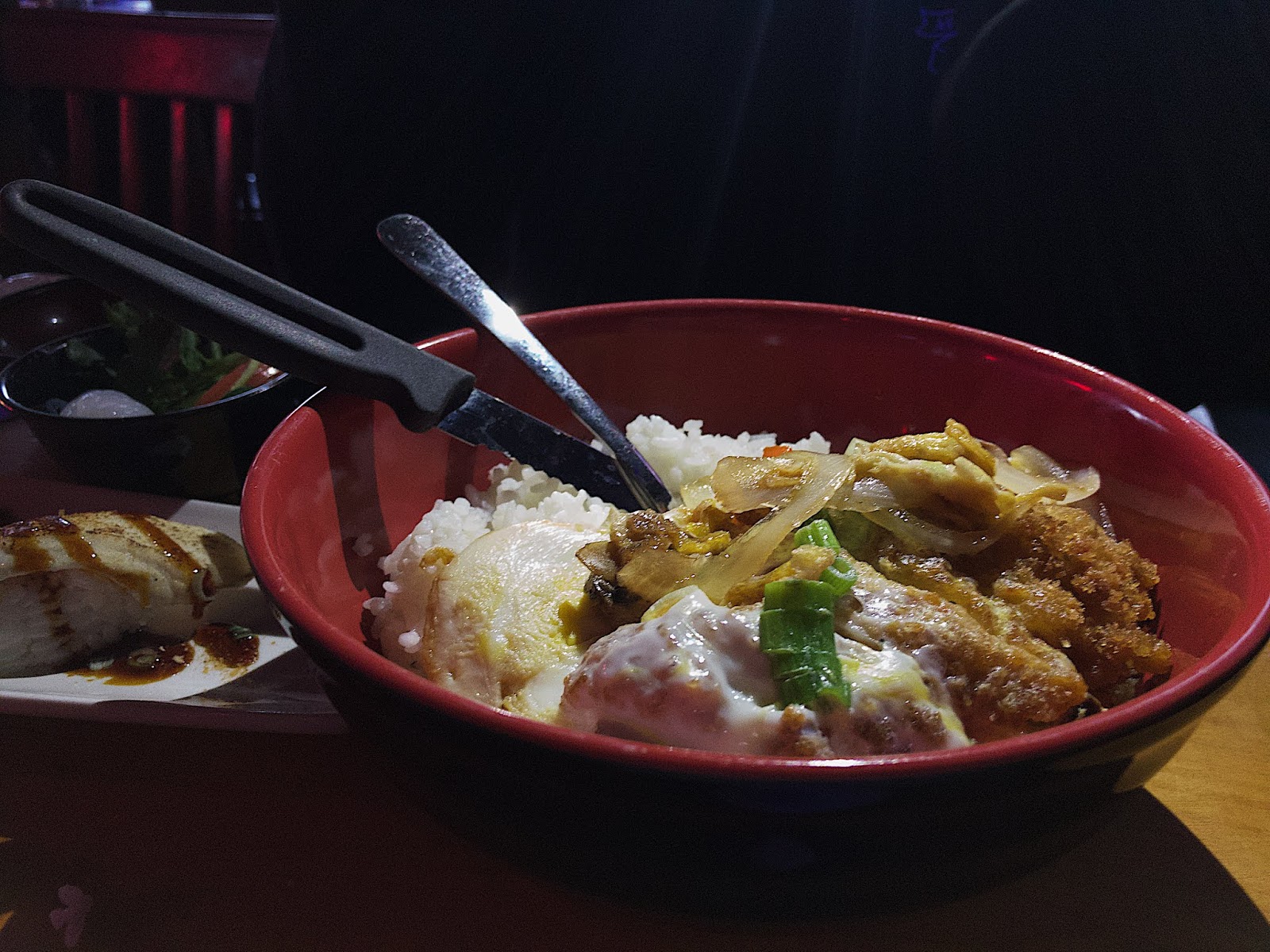 Katsudons and I go wayyy back. I use to order katsudons/tonkatsus almost exclusively at every Japanese restaurant I went to. This one was pretty good in that the cutlet was crunchy whilst retaining its moisture. They were quite generous with the rice too! 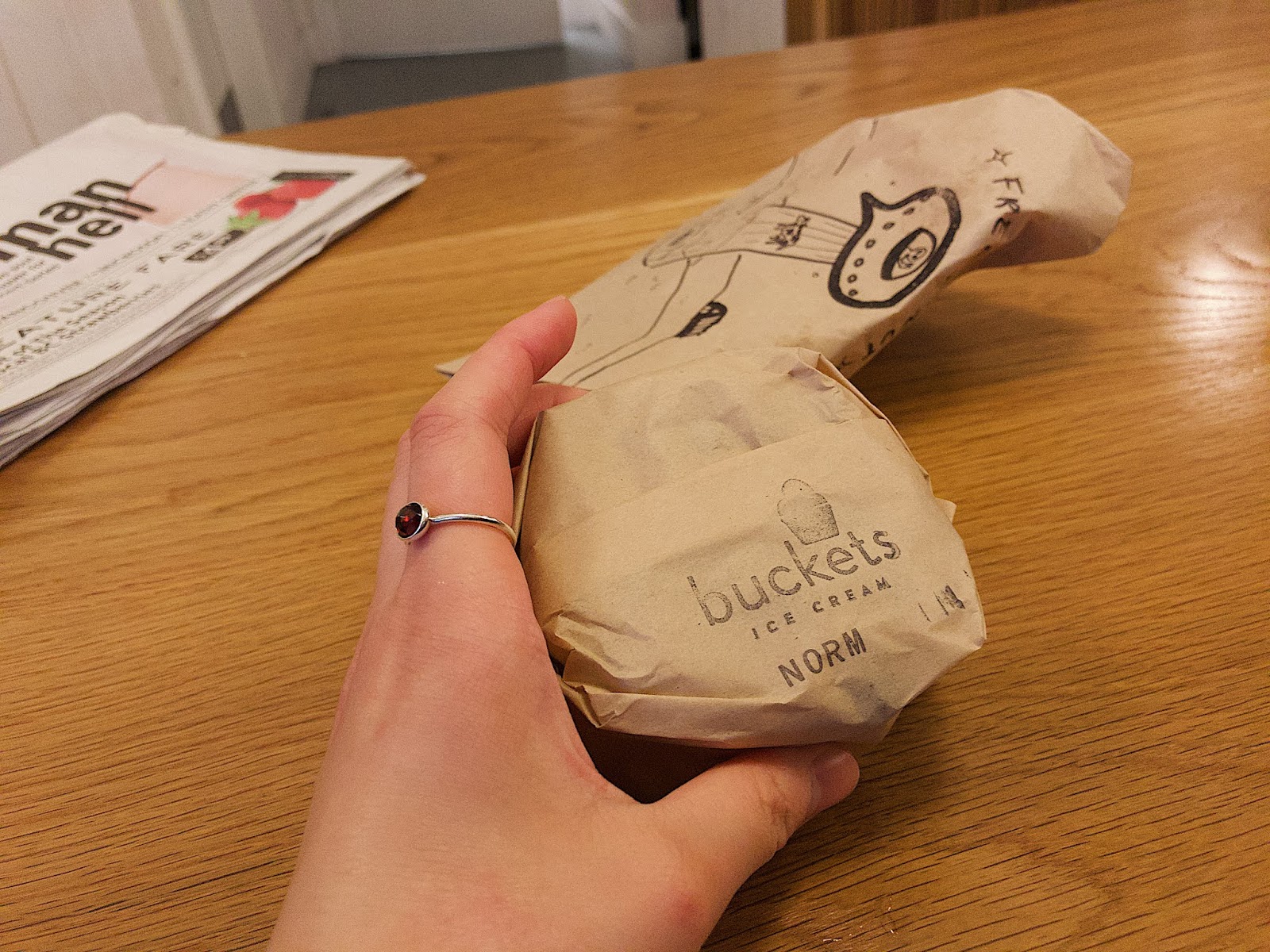 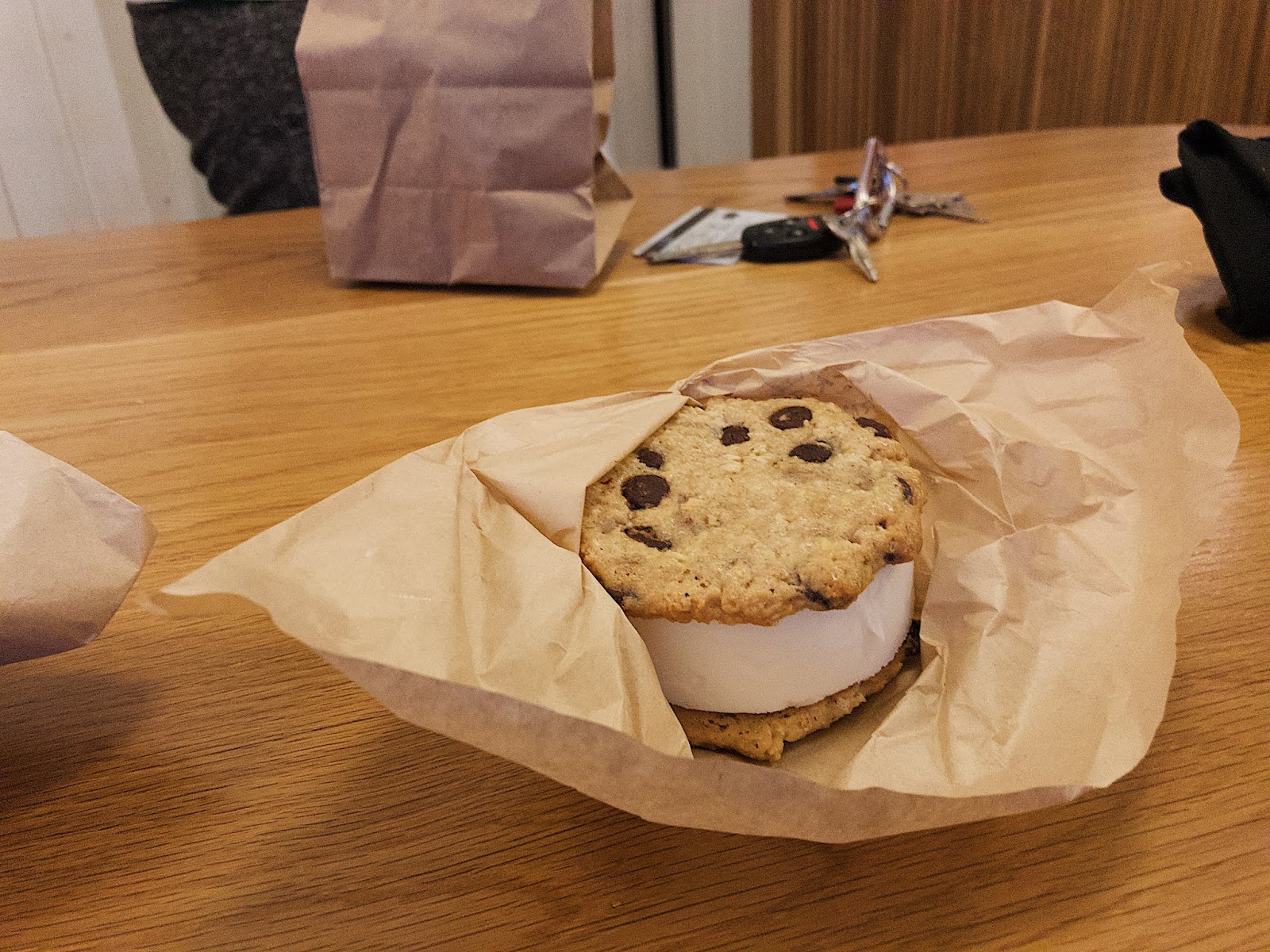 Not as good as Innocent down the street...but solid in its own right! The vanilla ice cream kind of tasted like Luna & Larry's Coconut Bliss, similar in texture. The cookie was good too...a bit hard but tasty nonetheless. Their ice cream is made to order, so you know it's fresh! 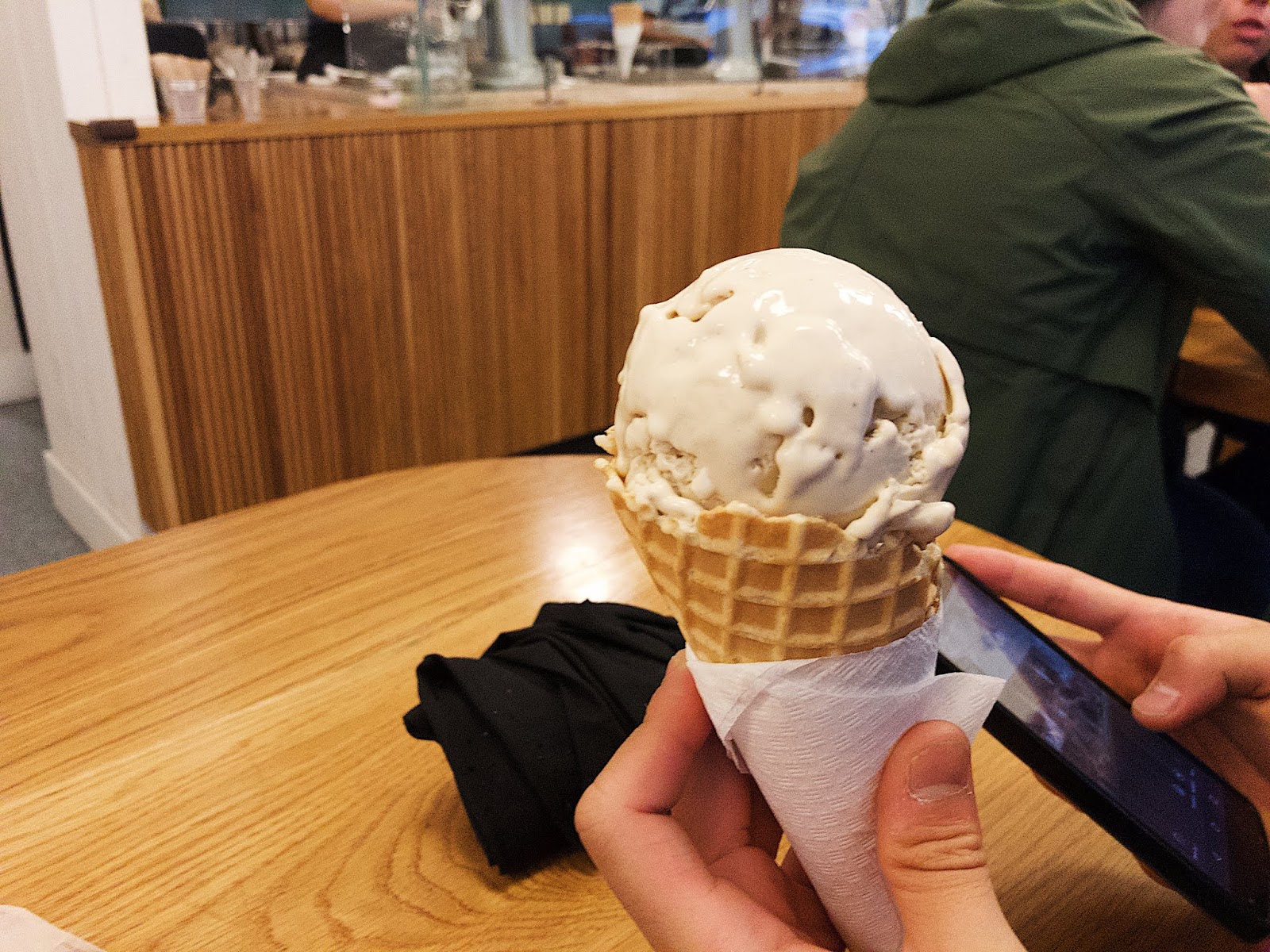 Cormac had a cone! 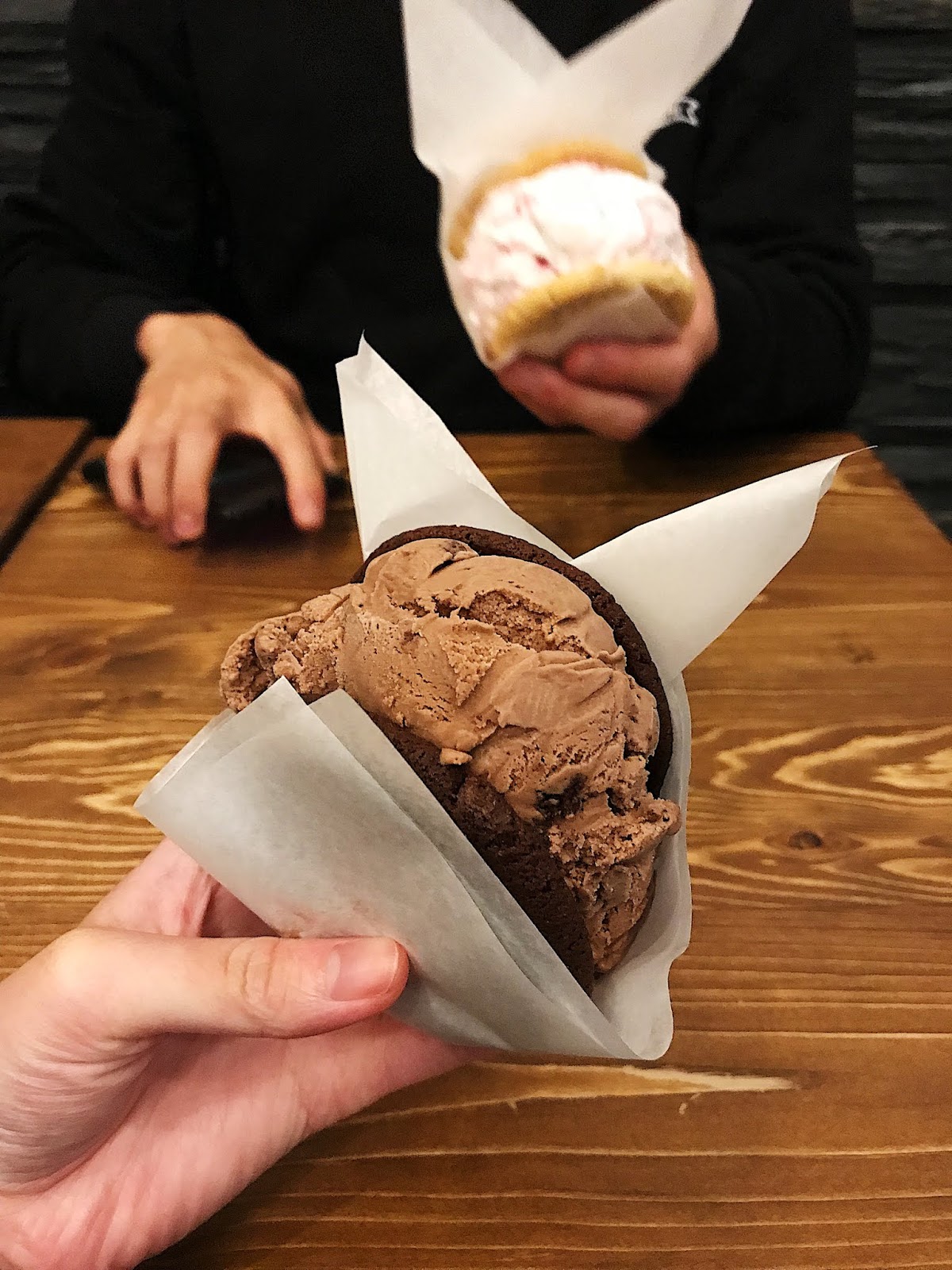 Afterwards we went to Innocent down the street for MORE ice cream. 2 ice cream sandwiches in the span of 20 mins...my life man 😂

Wowerz...this blew my socks off!! Hands down the BEST vegan ice cream sandwich I've ever had in my lifeee. Gluten-free too?!! My inner celiac is screaming.