I feel like I've gotten progressively weaker and weaker since September. My doctor puts it down to chronic fatigue (to which there is no cure.) I just feel overwhelmingly fatigued on most days, so fatigued that I stay in bed until 6 pm when I don't have school or other obligations to attend to.


I genuinely don't know why I'm writing about this. I'm just frustrated I guess. It's not that I'm lazy, I'm not, it's just physically exhausting for me to go about my day and do things that, for most people, require little to no exertion. Going to the washroom, washing my hair, eating, things that shouldn't take an overwhelming amount of effort, do.

And there's not much I can do about it. I'm already sleeping 9-10 hours a day. Could my diet be the culprit? I do wonder.

In other news, my mom is coming back from Taiwan on Thursday! By the time you read this she'll probably already be back. Goodbye ubereats, hello bottomless plates of shrimp cheong fun and lo mai gai!

As for Jeremy, things are looking up. He's happier than ever. Being an Accounts Payable Administrator isn't all that bad! For an Arts major who graduated a mere year ago, he's doing quite well me thinks.

Anyways...we've been to the Robson Ta Bom (they have another location in Coquitlam) three times already, and I've been thoroughly impressed each time. I gotta say, Ta Bom is a much appreciated addition to the DT Korean food scene! 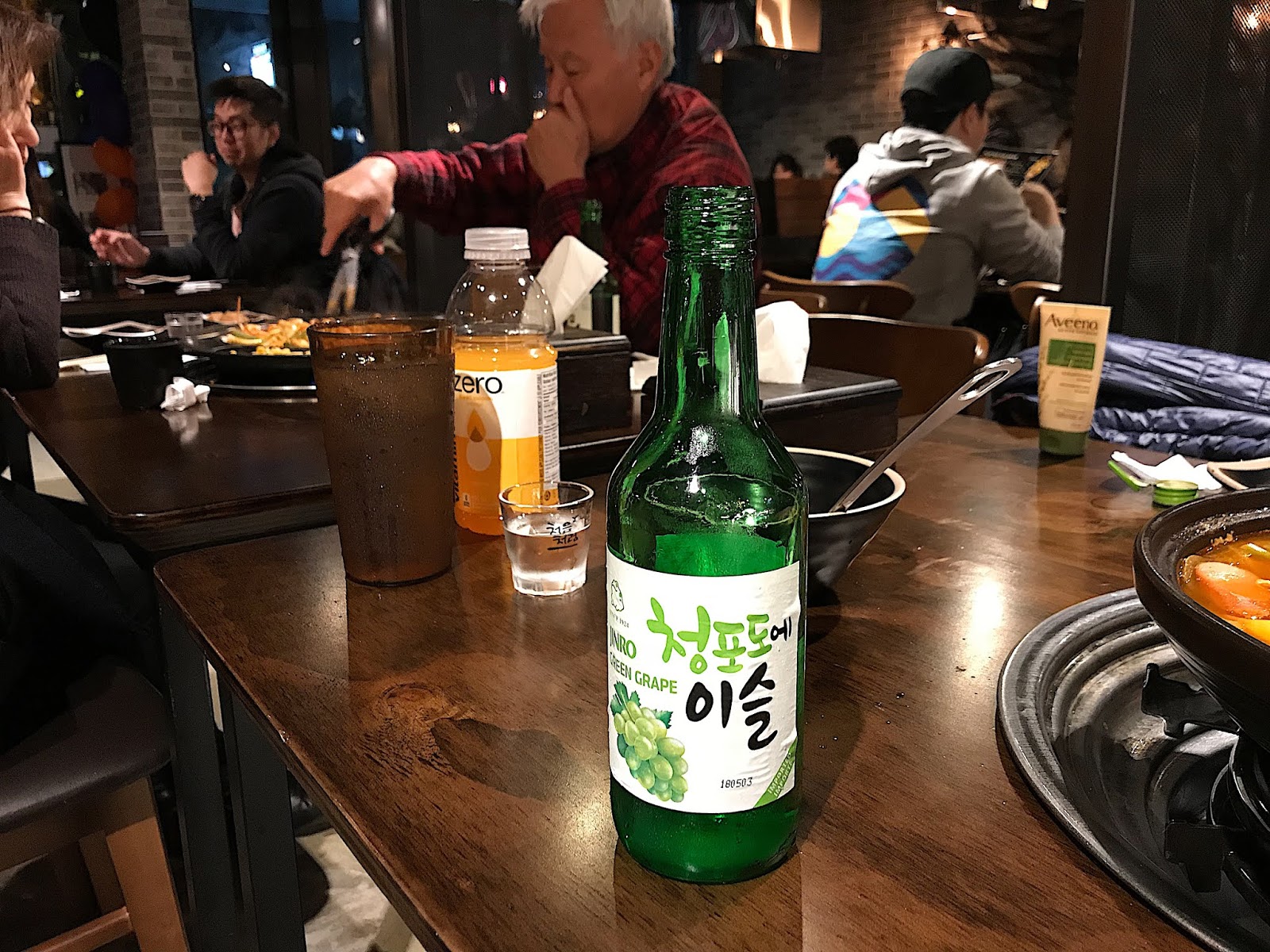 For Jeremy and I, ordering one bottle of soju to share is a wild night. In the two years we've been together, I've yet to witness him drunk. He's really conservative around me. I was actually talking to a friend about this the other day 😂 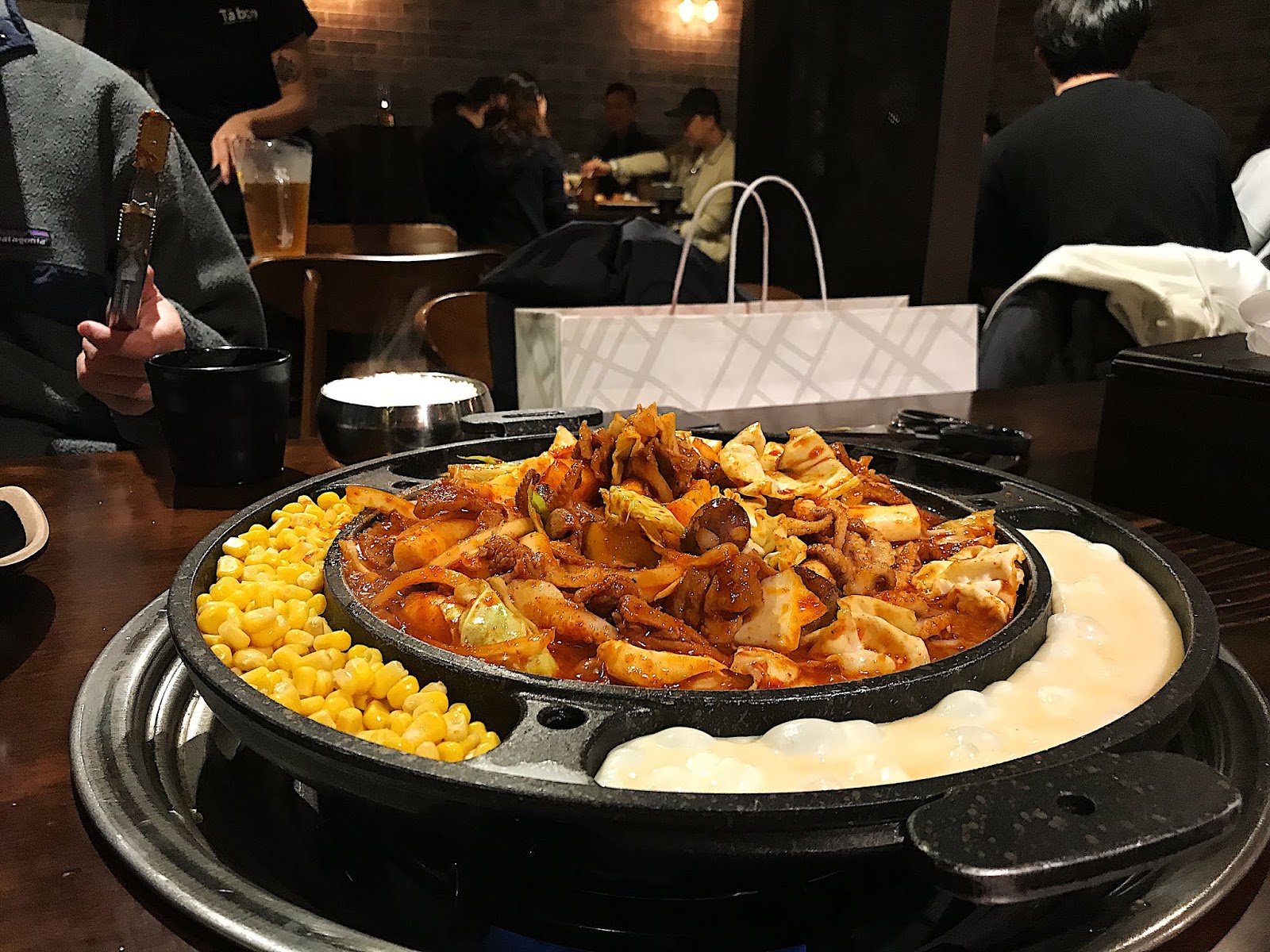 What instagram posts are made of! This is their signature dish, you've likely seen this littered all over your instagram feed. So is it worth the hype? I would say yes. Novelty aside, it really is quite tasty. We went with the squid and pork combination because we wanted variety. The neat thing with these hot plates is that they add rice to it when you're almost done! The rice gets all crusty and charred (à la Korean stone bowls.) 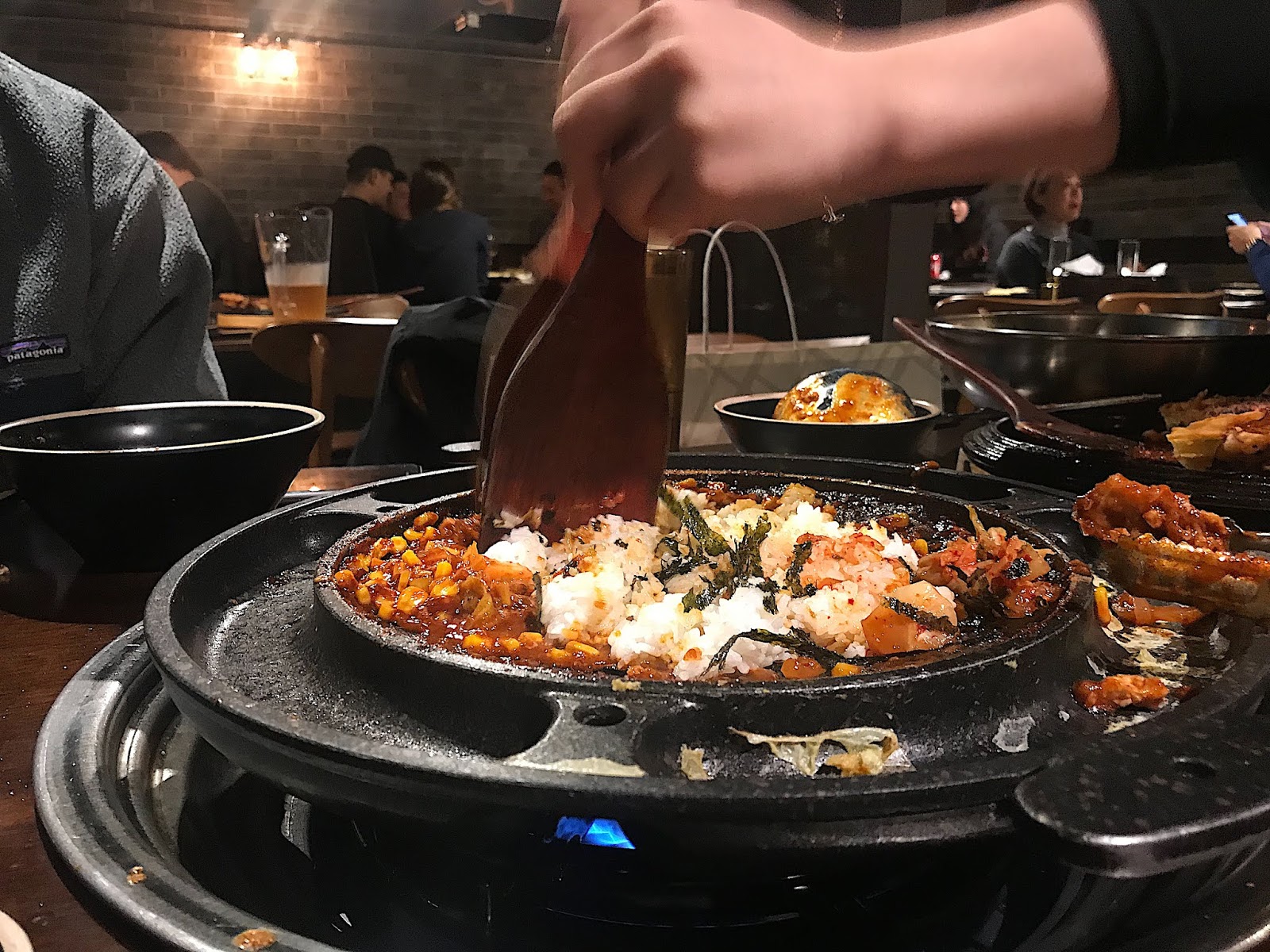 Our server mixing up all of the rice for us! 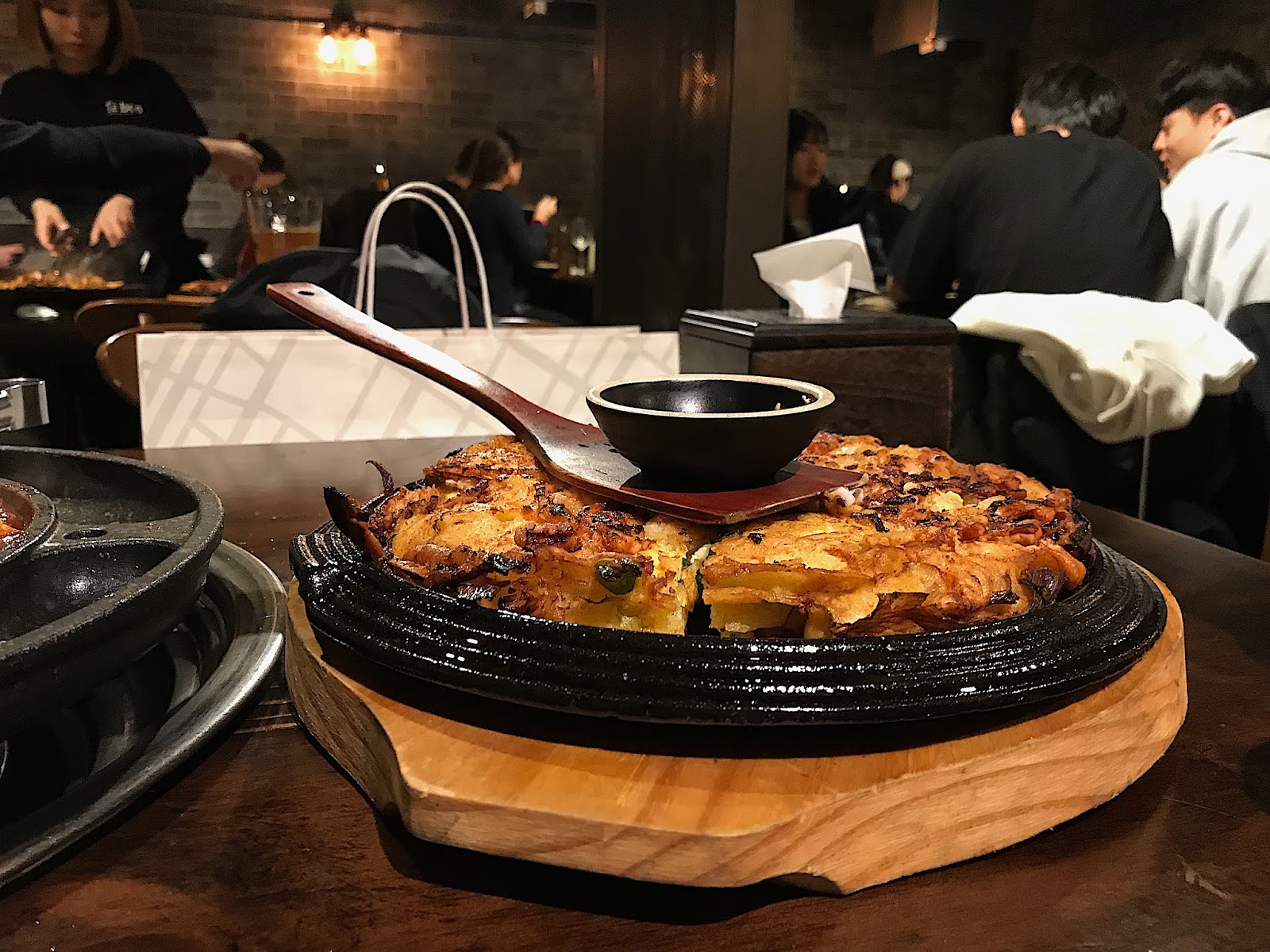 This is a repeat order for us now! We've had this twice out of the three times we've been here. It's not massive in circumference but boy is it thick. Thicc THICK. Loaded with seafood too! Jeremy actually picked out some of the squid and shrimp because he was complaining that it was too much... 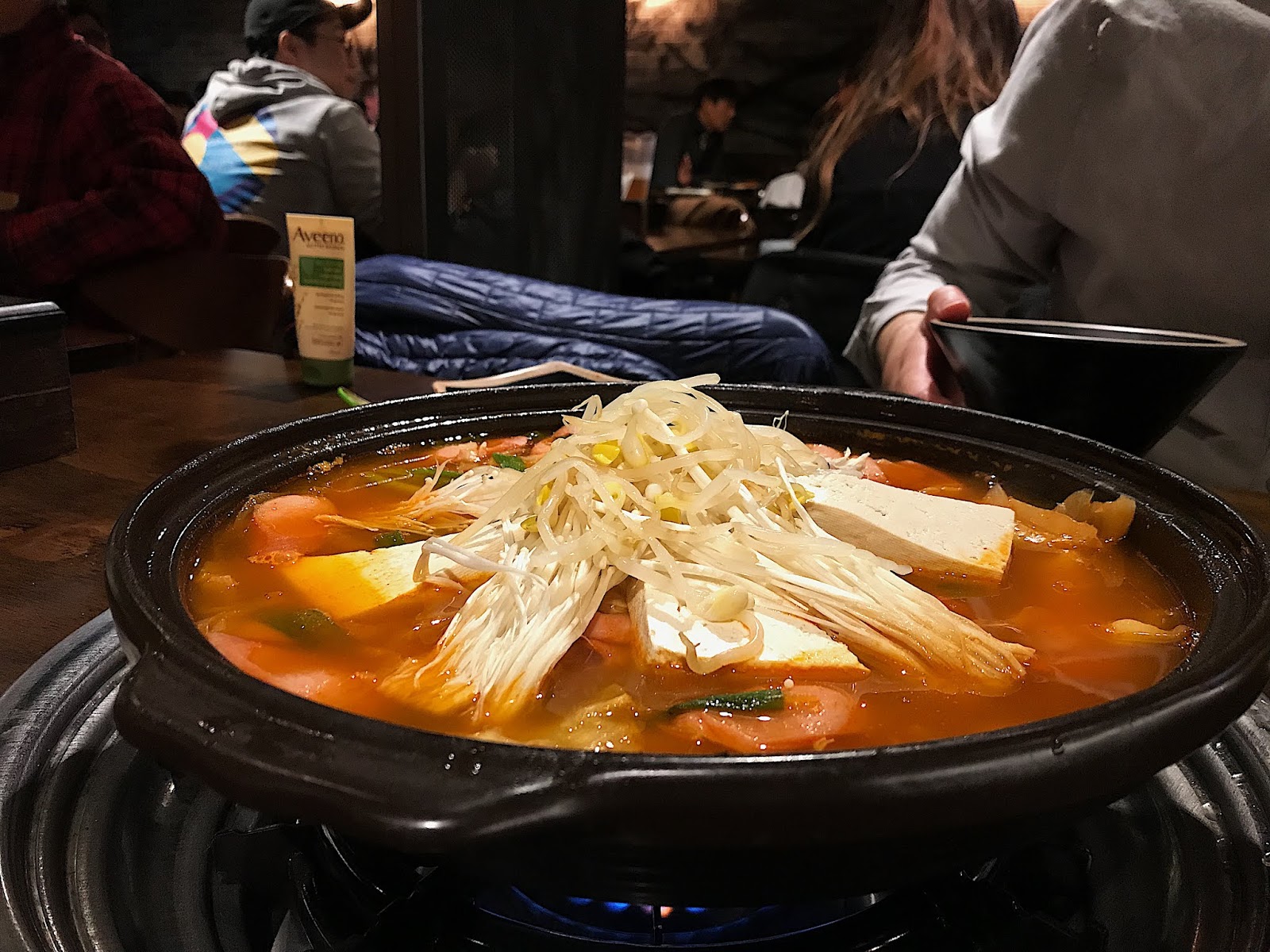 I've never seen anyone order their budae-jigae but but we've had this twice now and it's pretty darn good! We ordered the large the first time, the medium the second, and honestly, we couldn't even tell the difference. Save yourself the $10 and go for the medium. You get your money's worth if you order the smaller size. The pot comes loaded with spam, sausage, tofu and rice cakes. It even comes with two bowls of rice, free of charge! 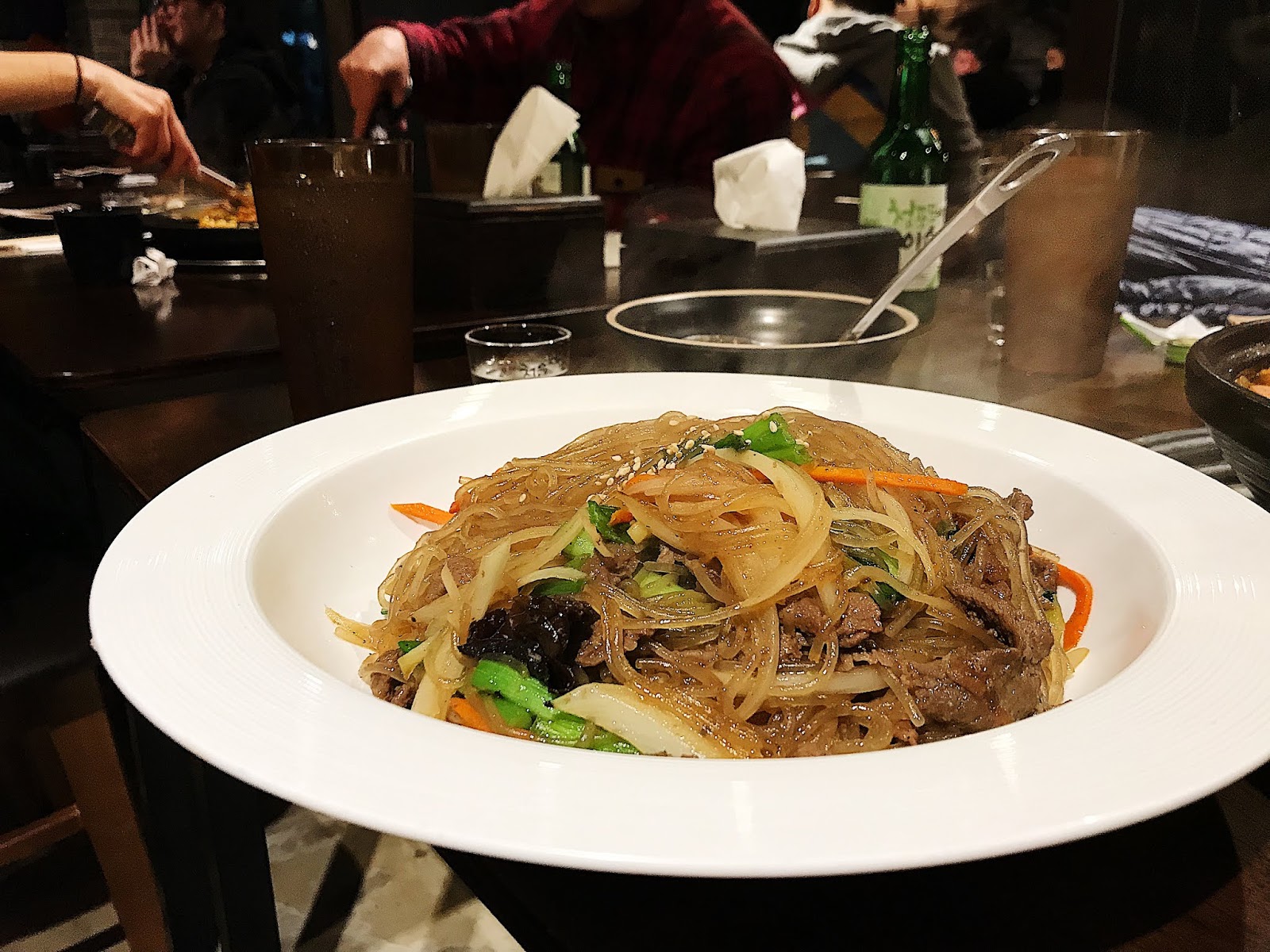 Japchae is my all-time favourite Korean dish (after KFC aka Korean fried chicken.) The texture is what gets me. Don't get me started on the subtle sweetness combined with the fragrant sesame oil...sooo good! Ta Bom's is a pretty quintessential version but yummy nonetheless! 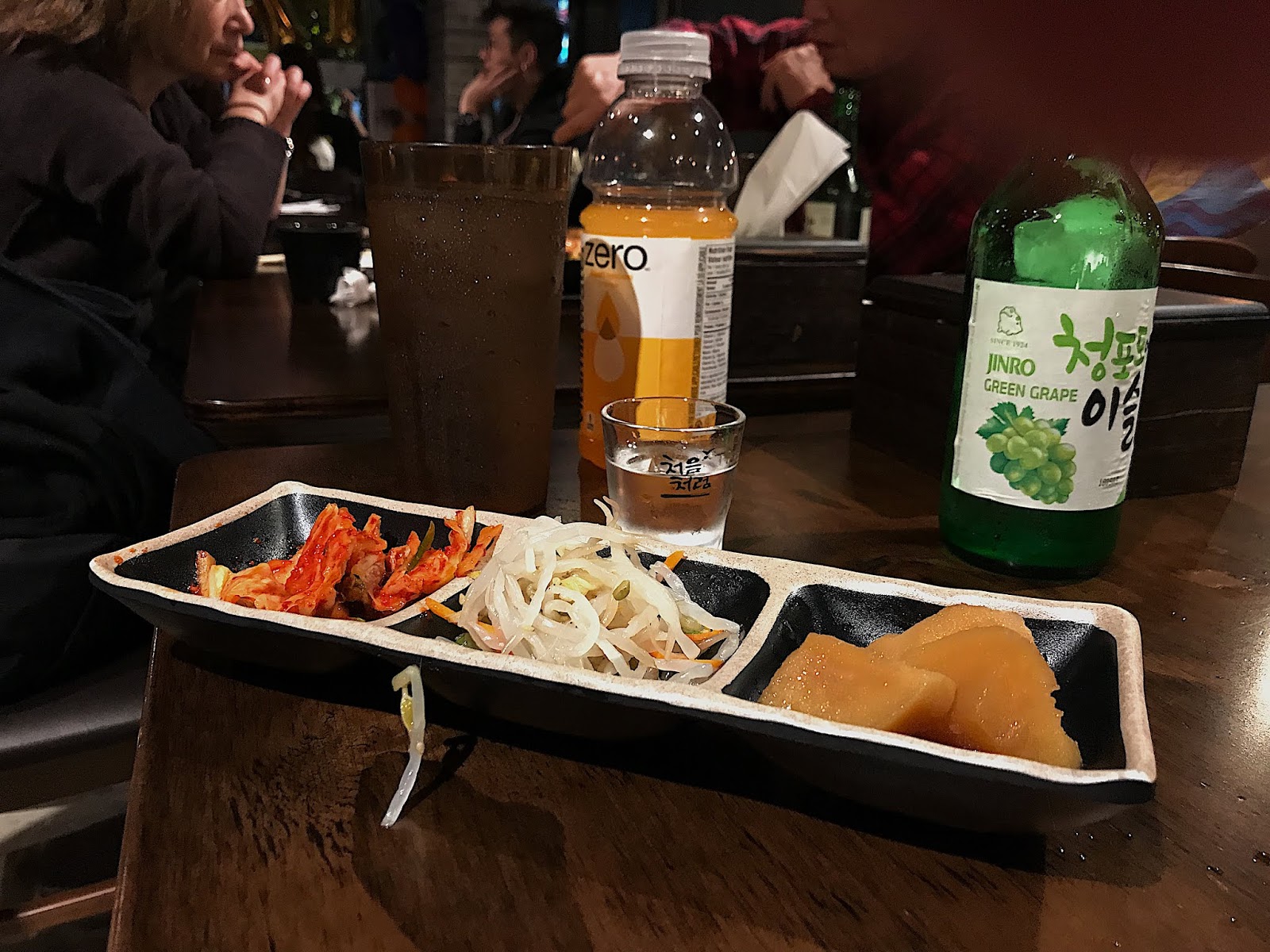 The banchan's decent here! Albeit the potatoes were a tad soggy, but I'll let that slide. They're pretty generous with the refills, I asked like three times and they still let me without charging me extra!